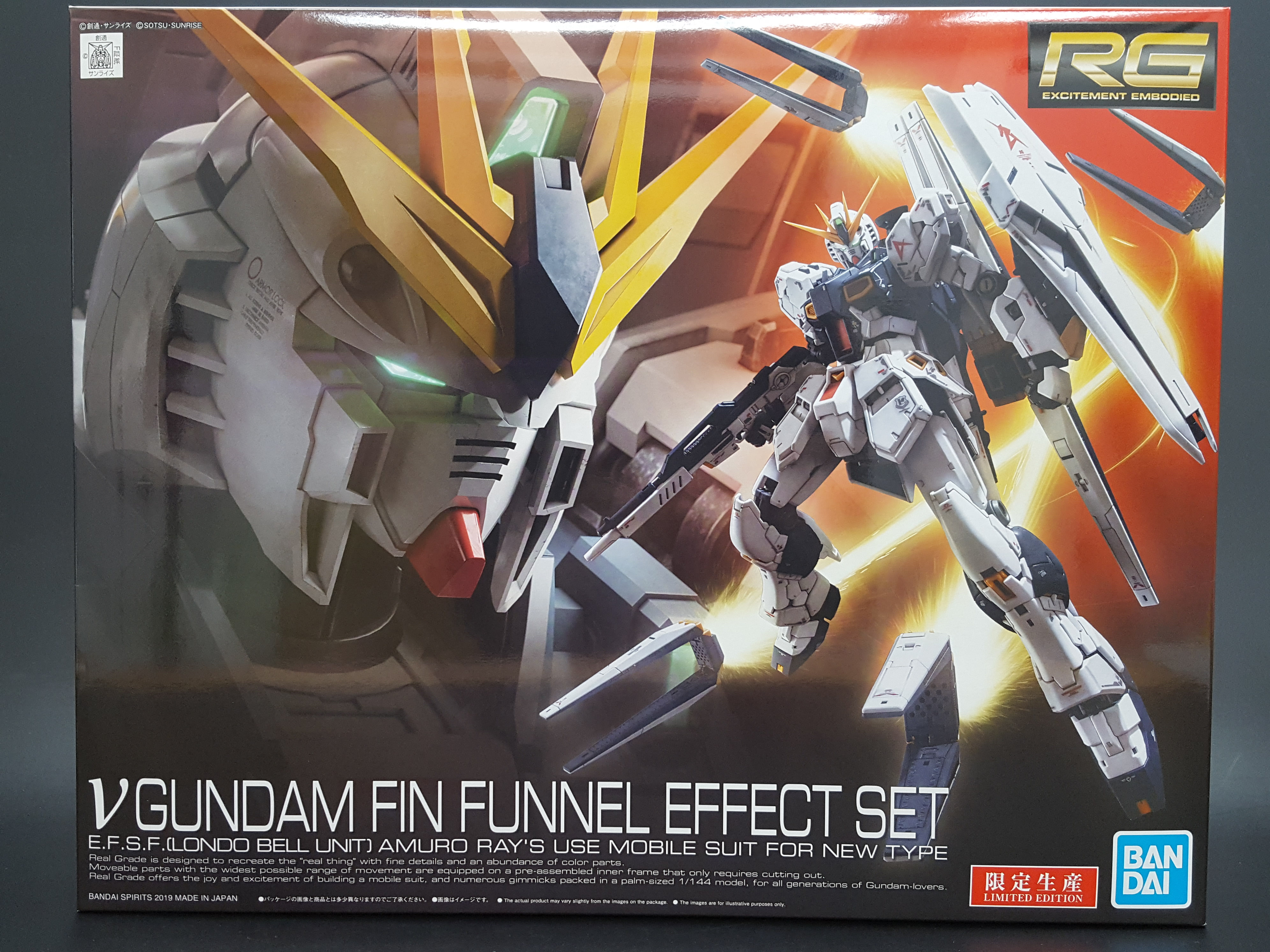 The RG Nu Gundam Fin Funnel Effect Set is finally here, a change of pace in the steady stream of HGBD:R kits that we’ve been seeing. This kit is a limited edition, meaning it’s possible that once current supply is gone, Bandai might not produce any more.

There’s one more precursor we should mention: this kit does include parts to build the Nu Gundam itself, in case there was any confusion. (Our website doesn’t specify, but we were working with equally vague pre-release information…) 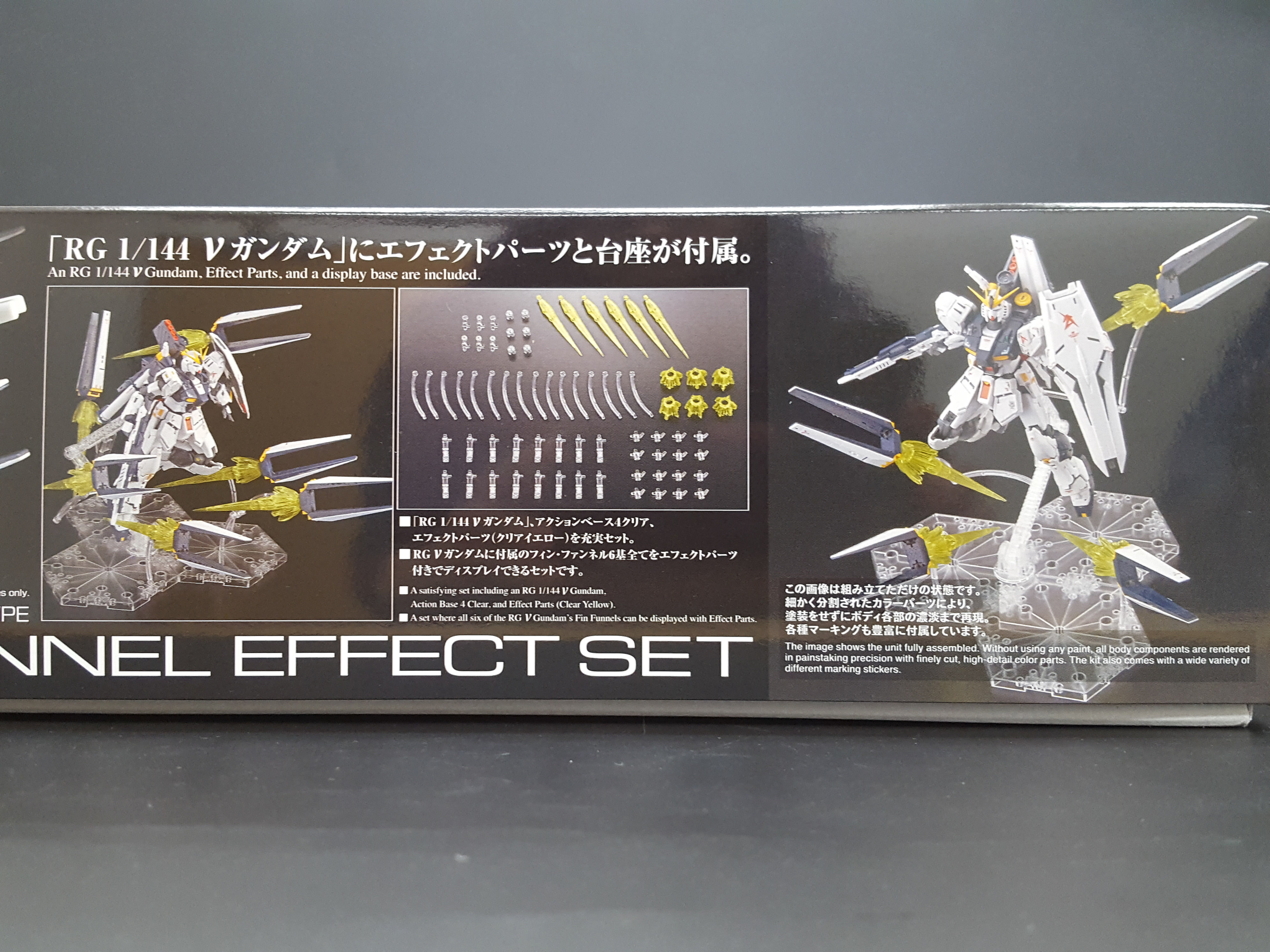 Of course, the box focuses on what everyone buying this kit is buying it for: the plethora of effect parts. You can see them here in use in two configurations, as well as laid out in the most aesthetically-pleasing way you can lay out effect parts. 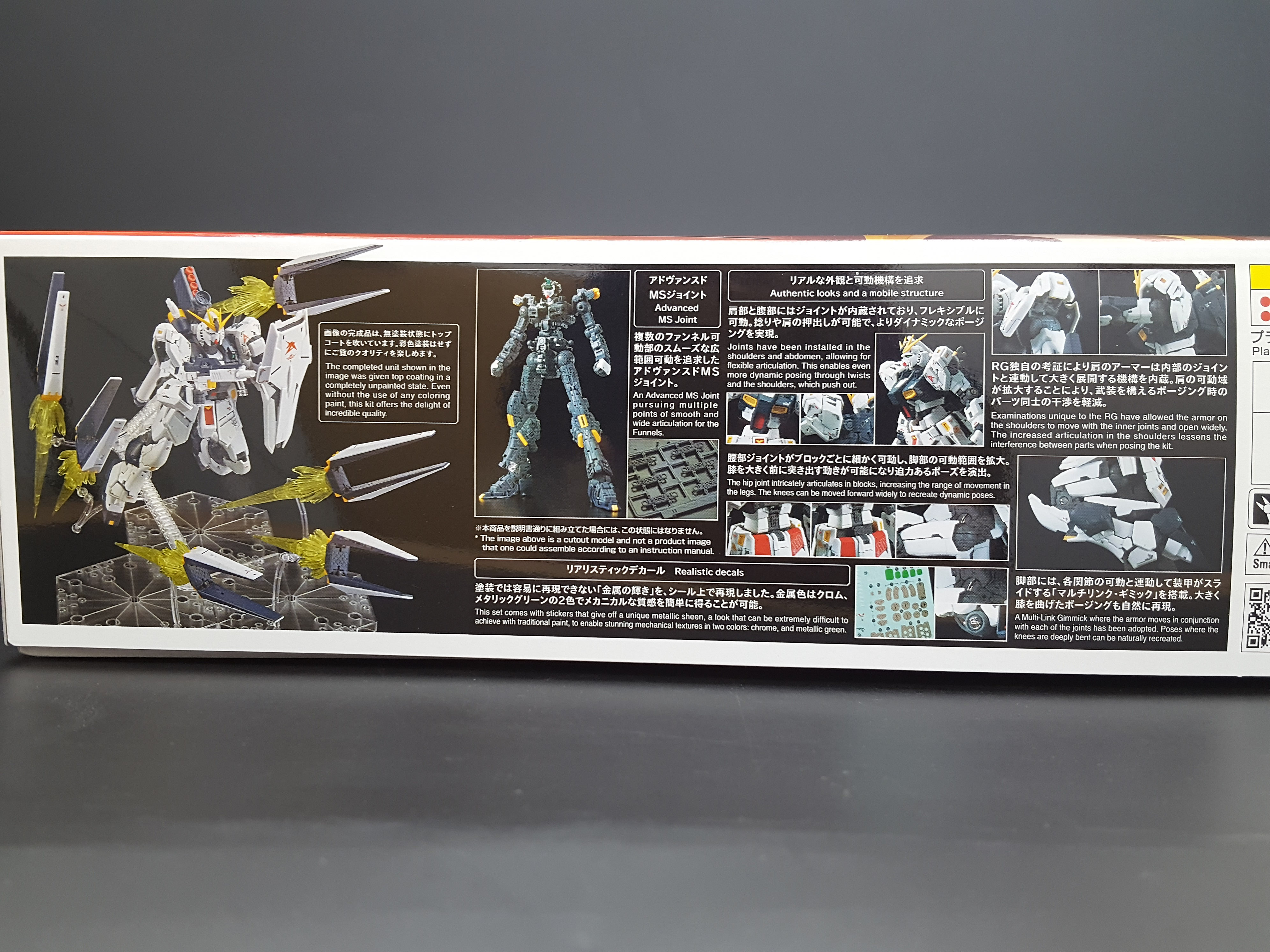 The other side of the box gets into the details of the kit. We’ve seen these details before on the first release of the RG Nu Gundam, so there’s not much new to see here — except for another cool action pose with the effect parts! 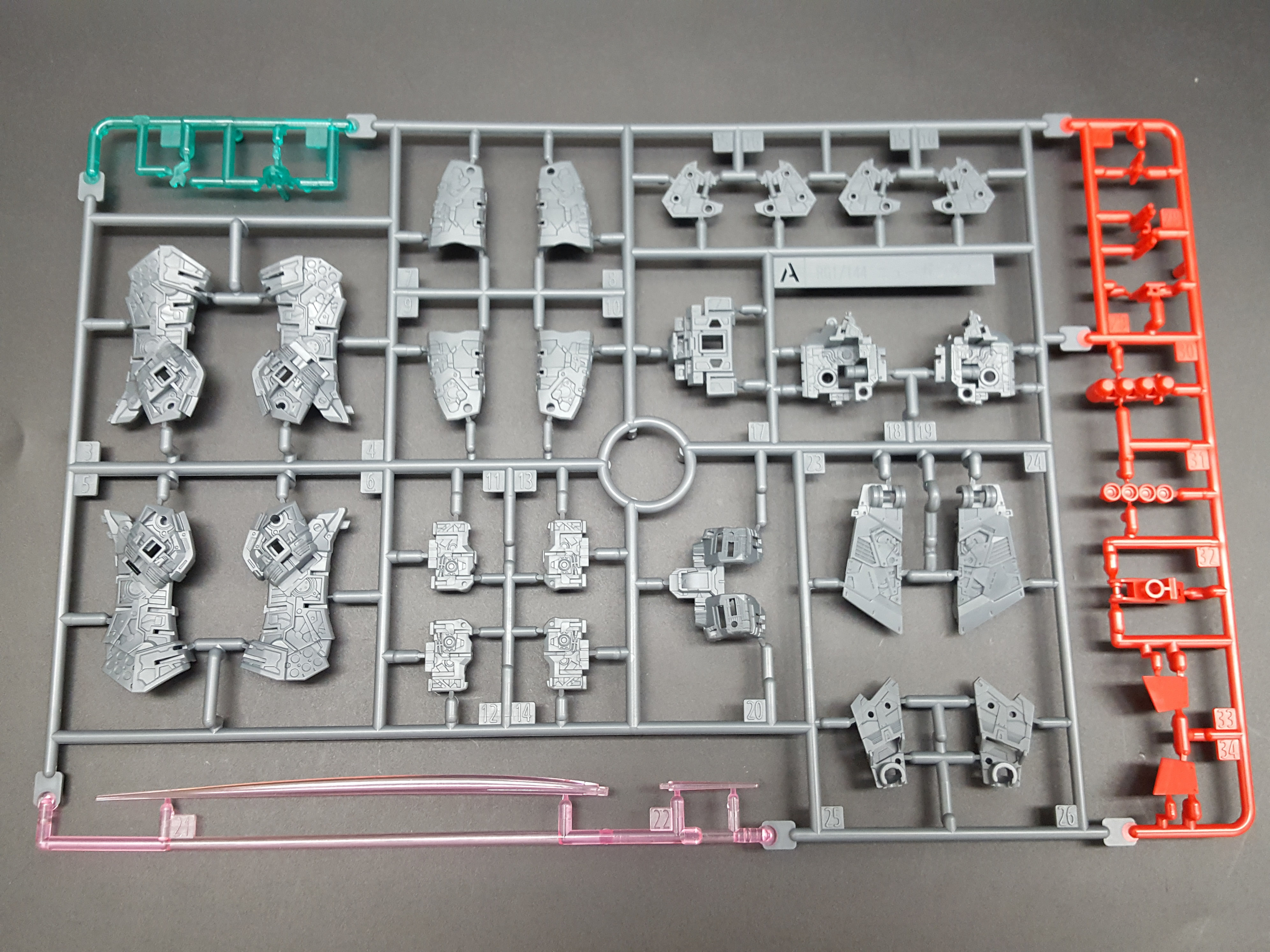 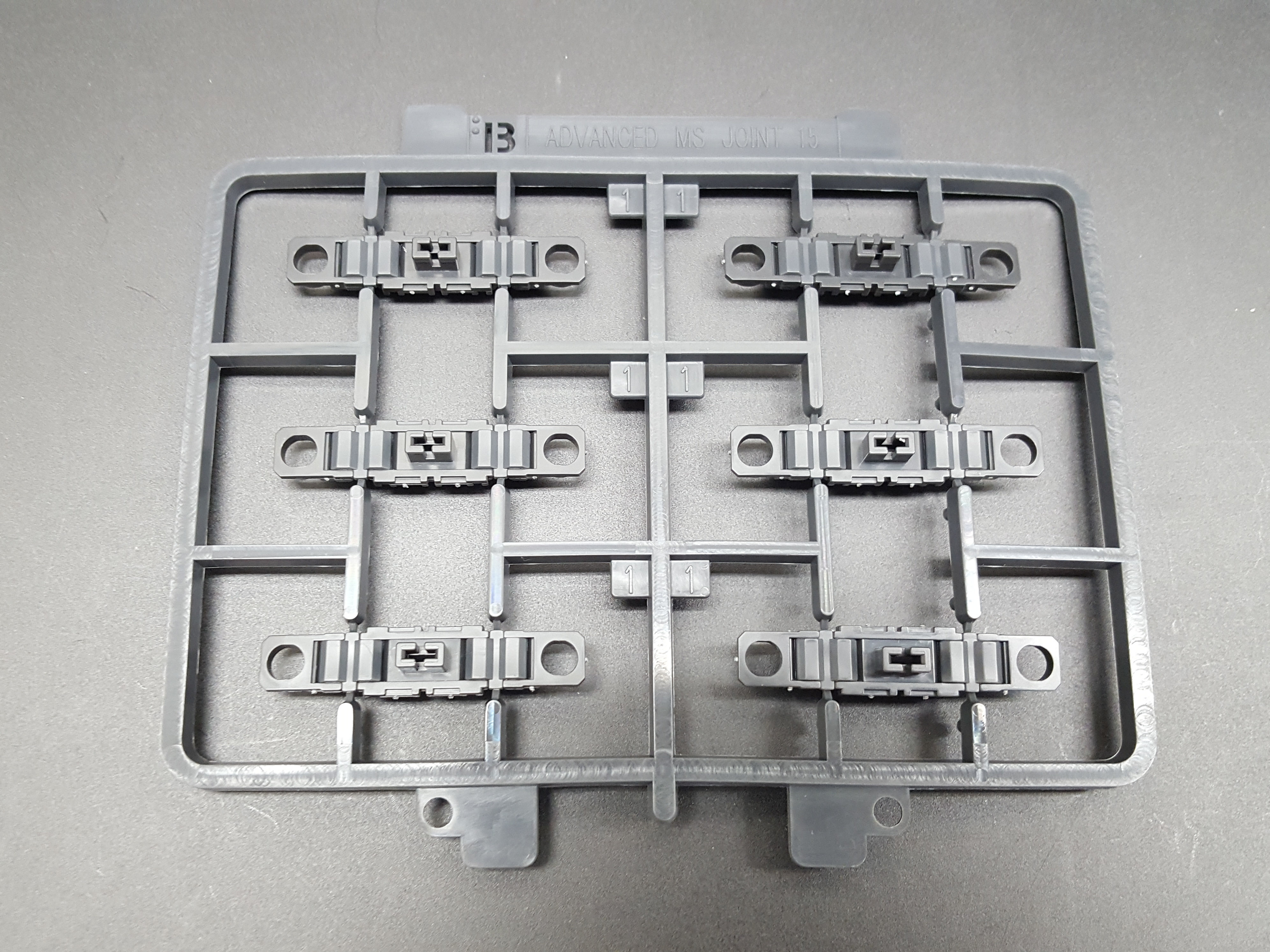 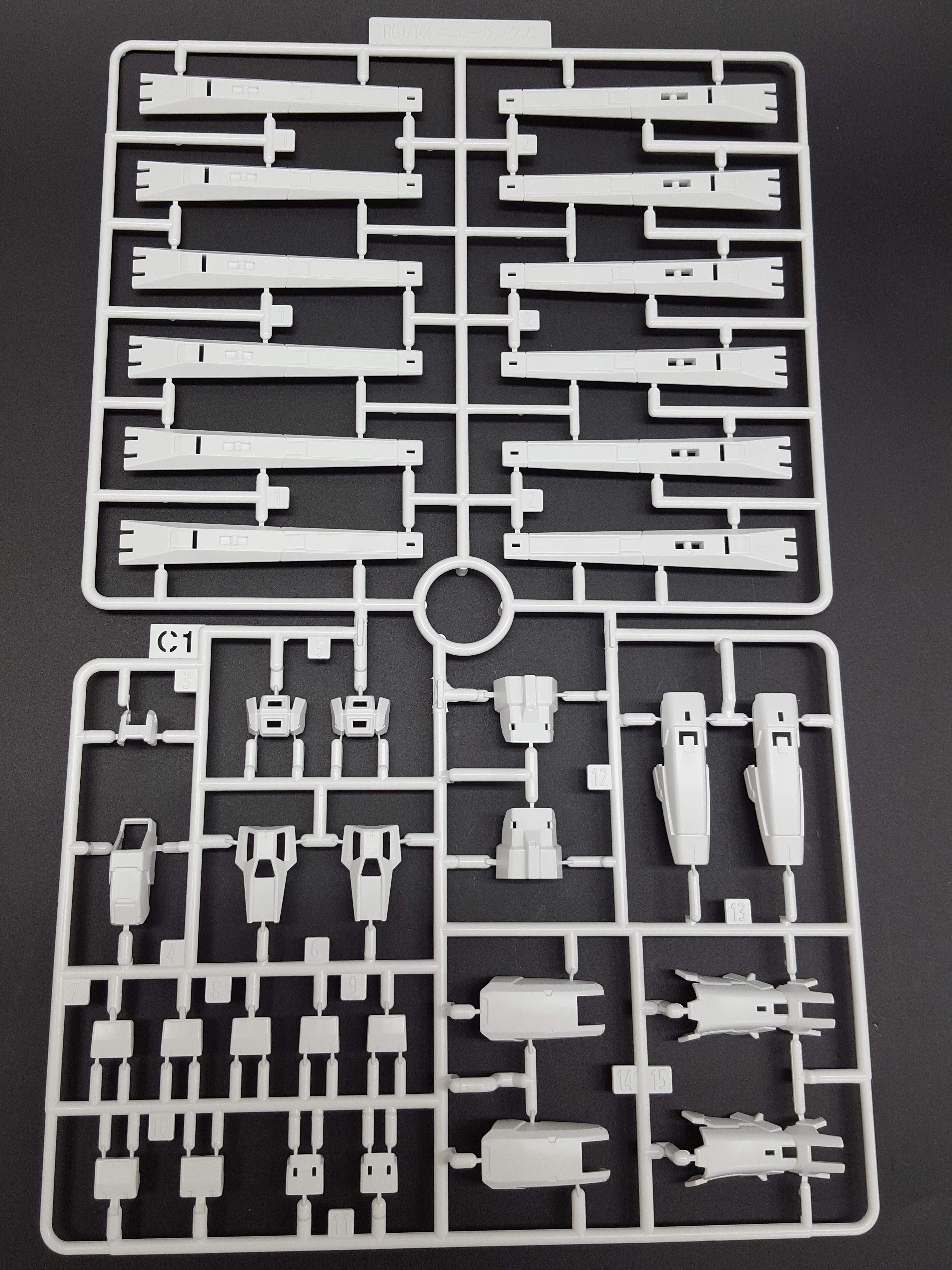 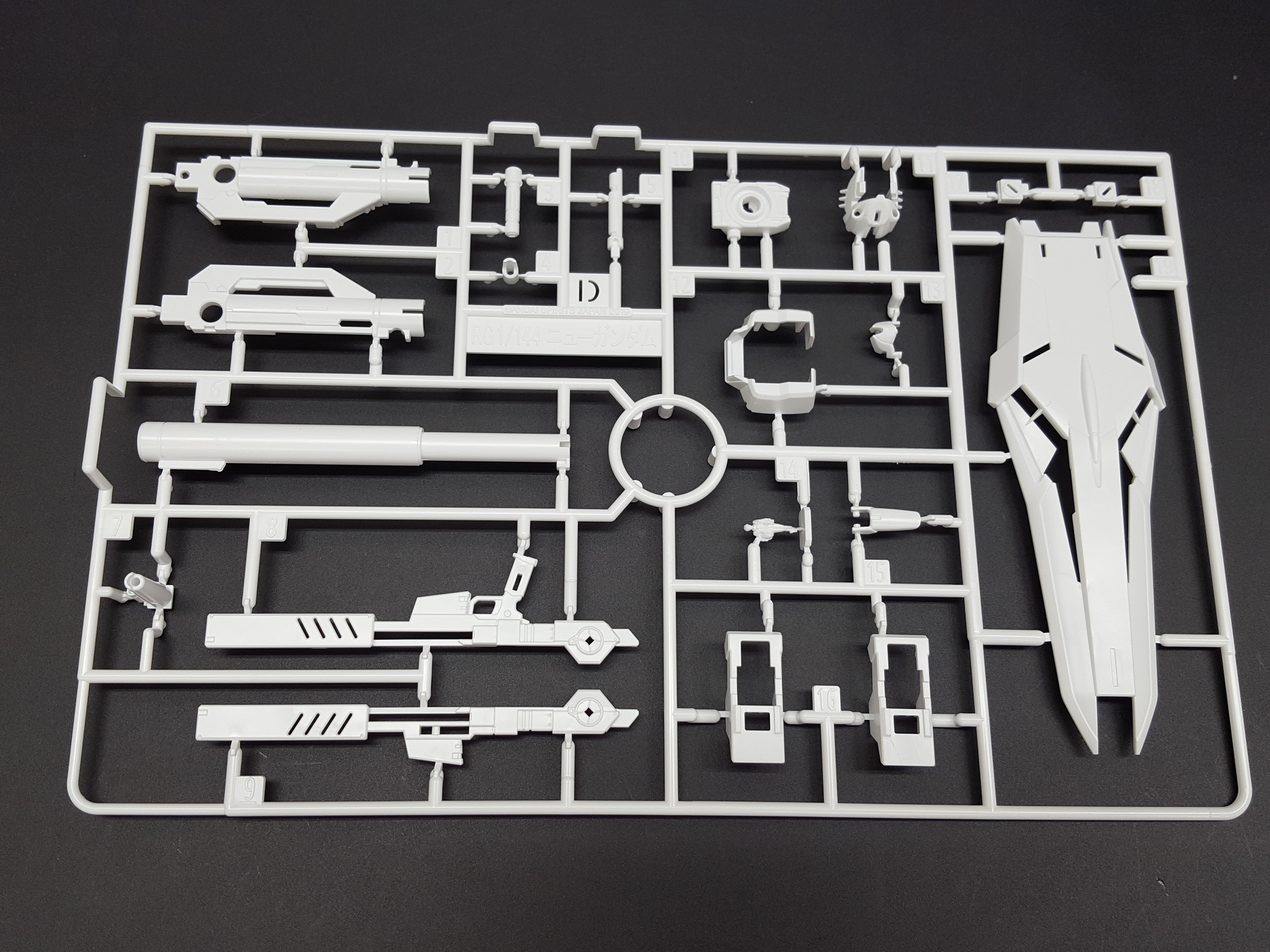 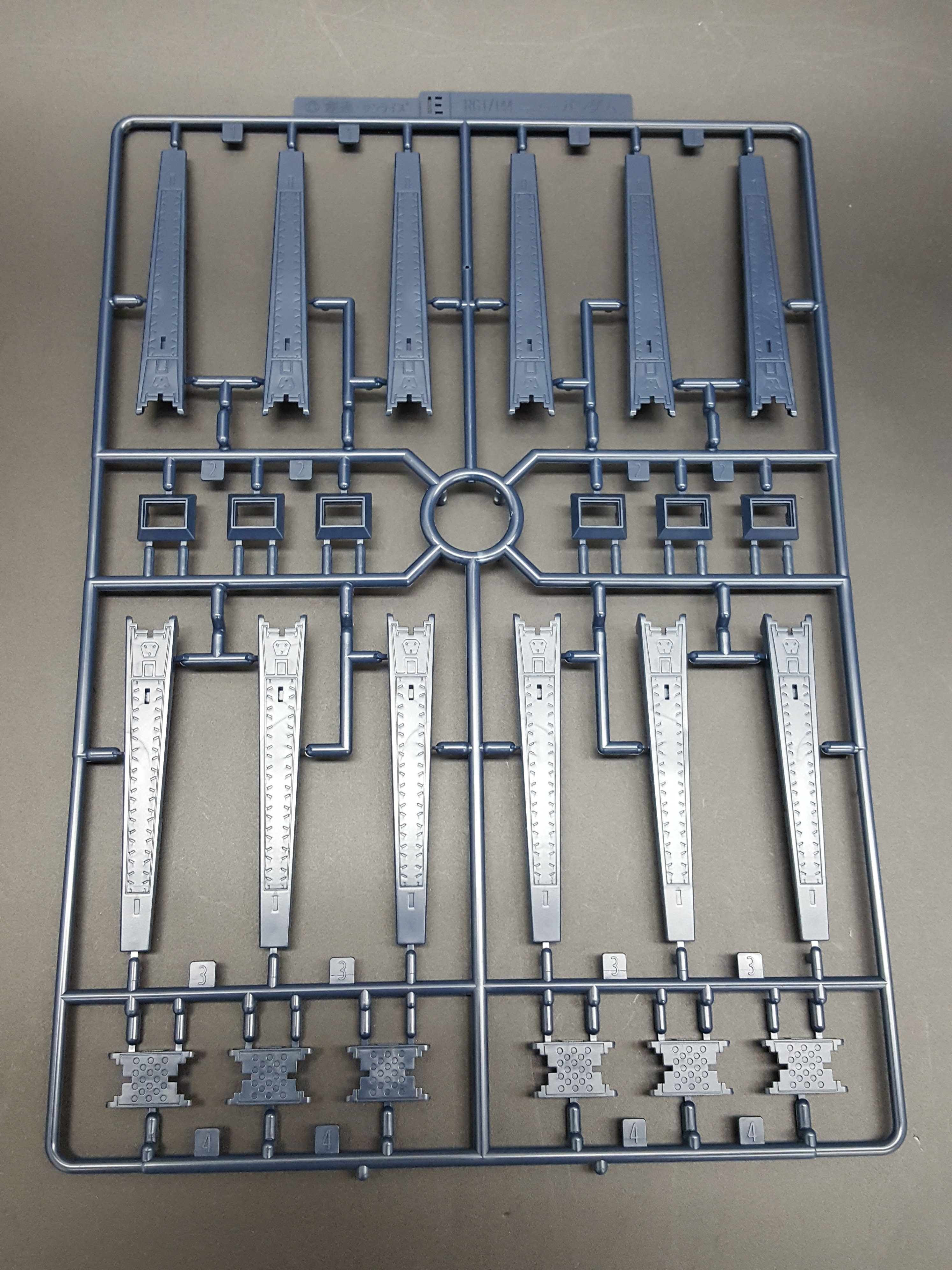 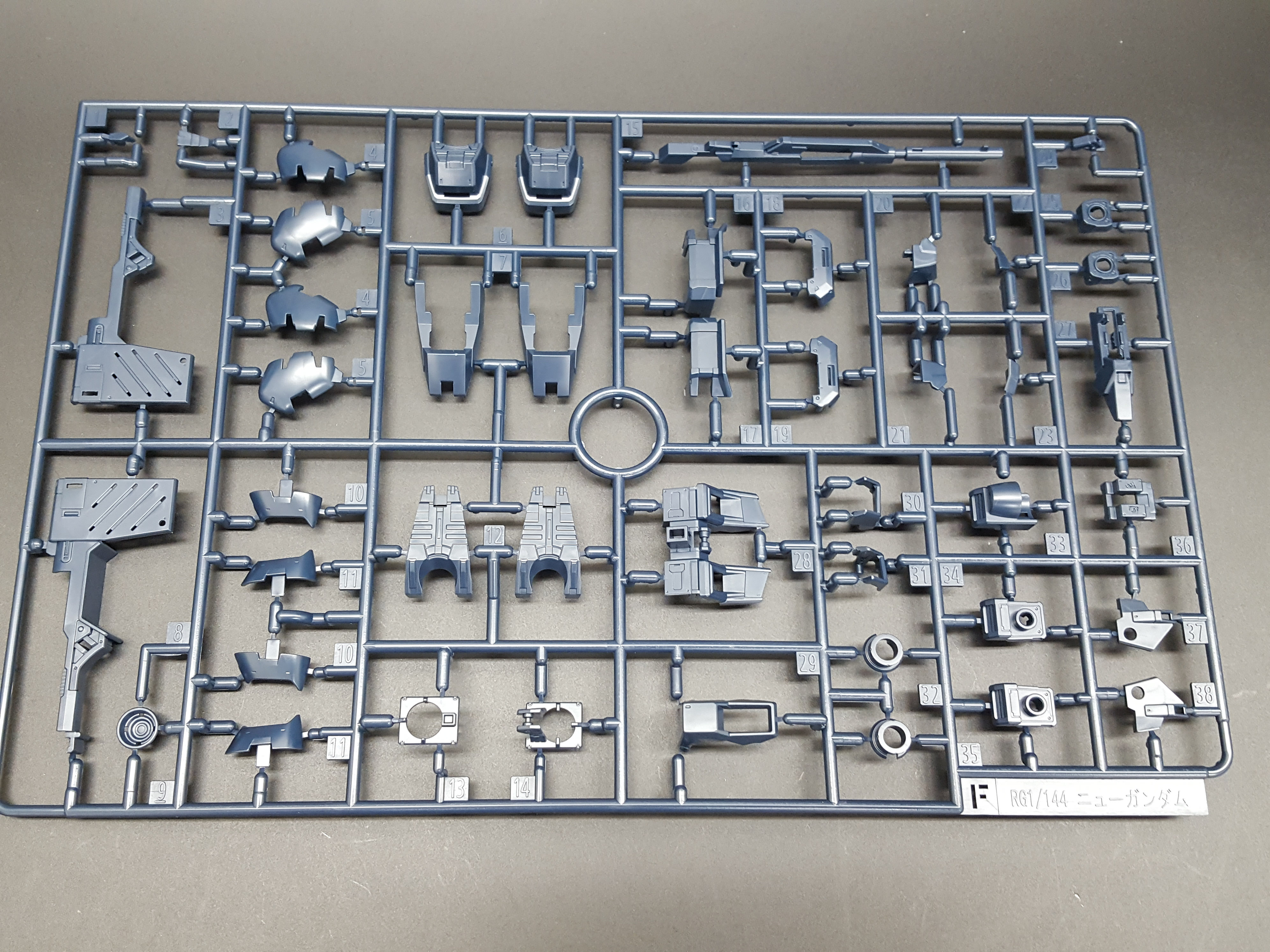 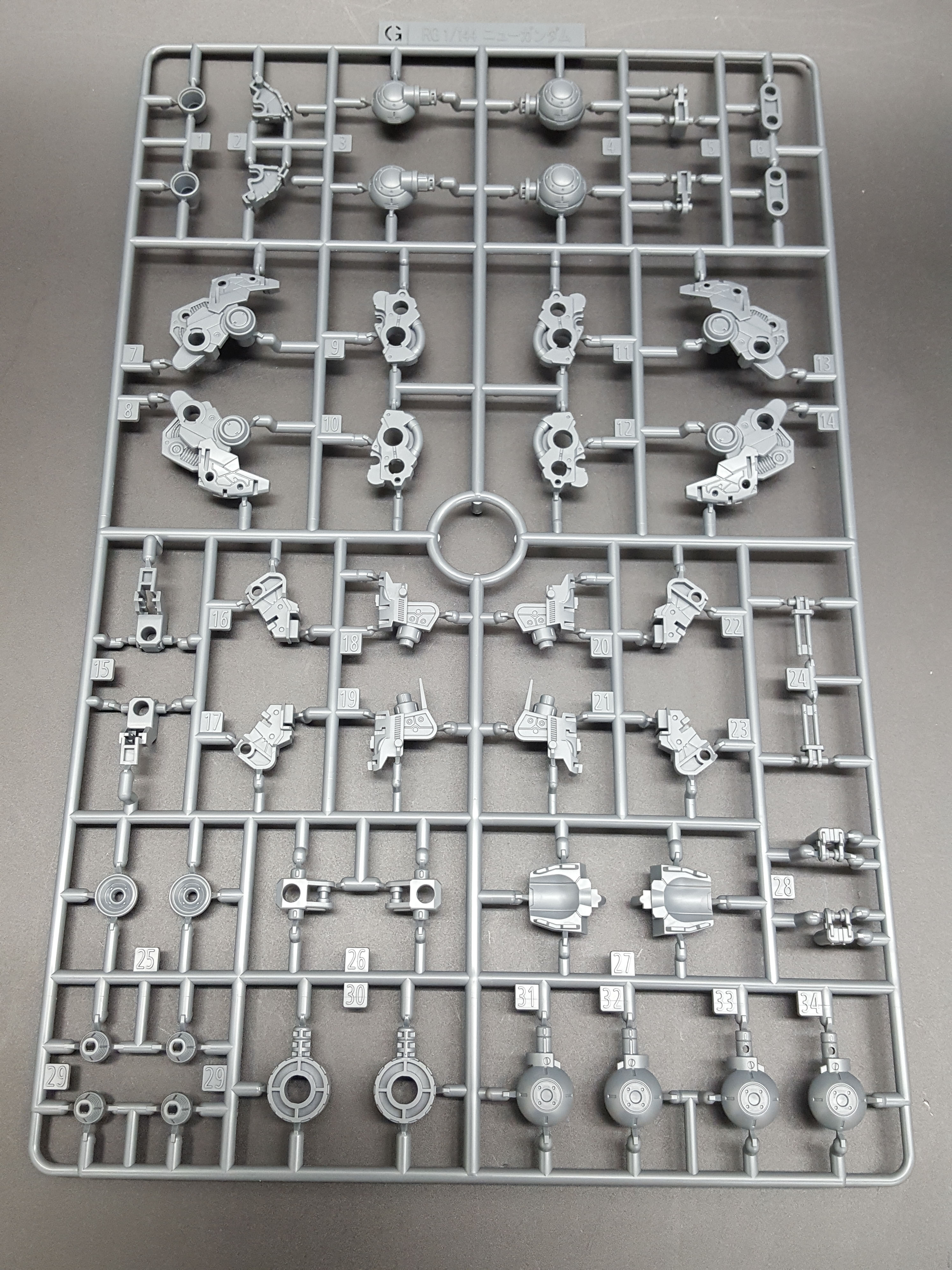 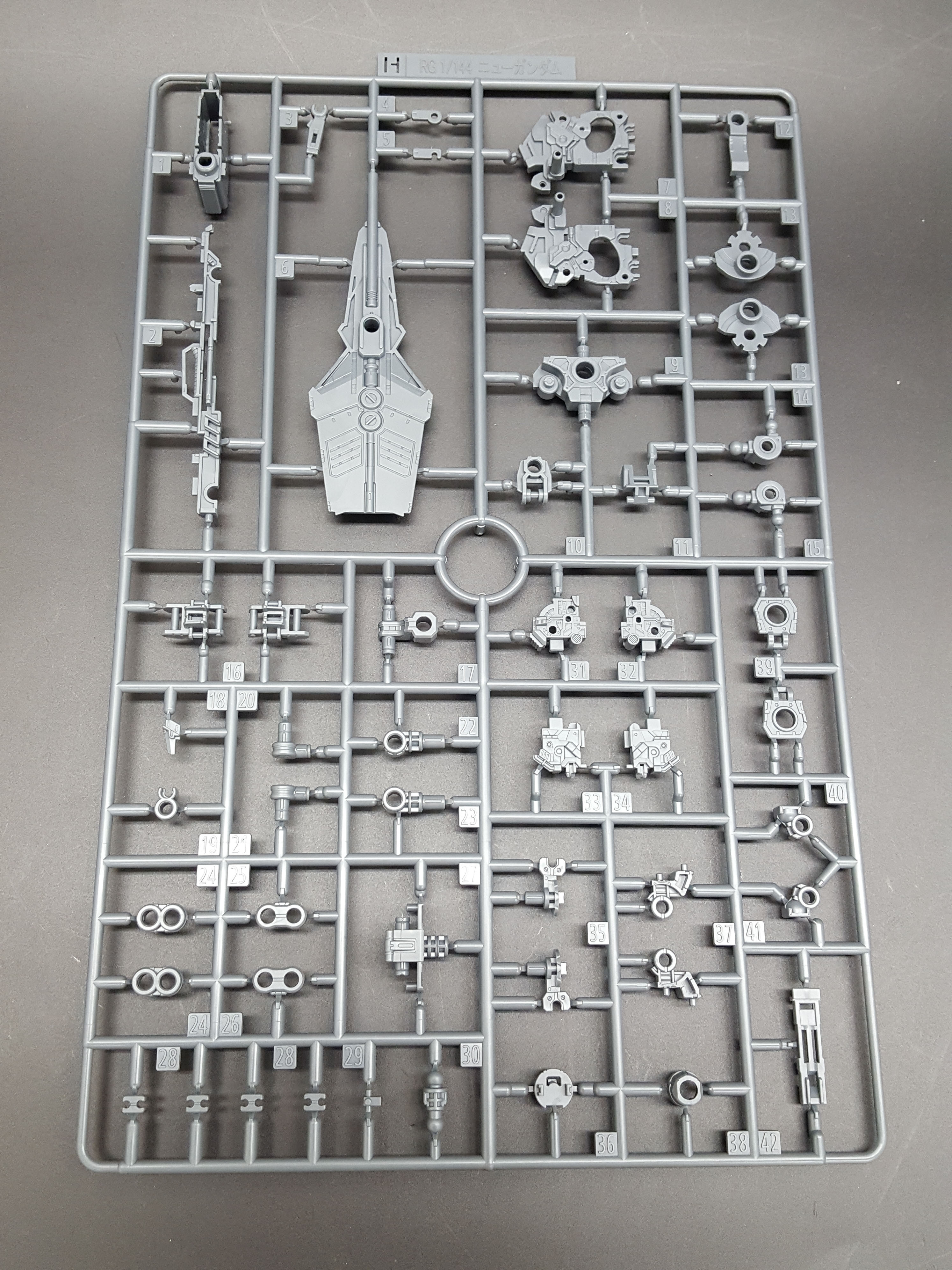 (They look a little more yellow in this photo, but are more orange in person!) Bandai’s included a sticker sheet that features standard and foil stickers in one. We’ve also got the basic beam effect parts.

And now for the fin funnel effects! (The color is more vibrant in person; the photo has washed it out a bit) …and three bases, because you’re going to need them to display your Gundam and all these effect parts!

Be sure to pick one up while supplies last, if you haven’t already!:
– 1/144 RG Nu Gundam Fin Funnel Effect Set