I decided to build the Pokemon Plamo Collection Ho-Oh, Charizard & Ash’s Pikachu Set in the order of what I believed to the simplest to most complex. I think I nailed it, too. We’ll start by looking at Pikachu, then Charizard, and finally Ho-oh! 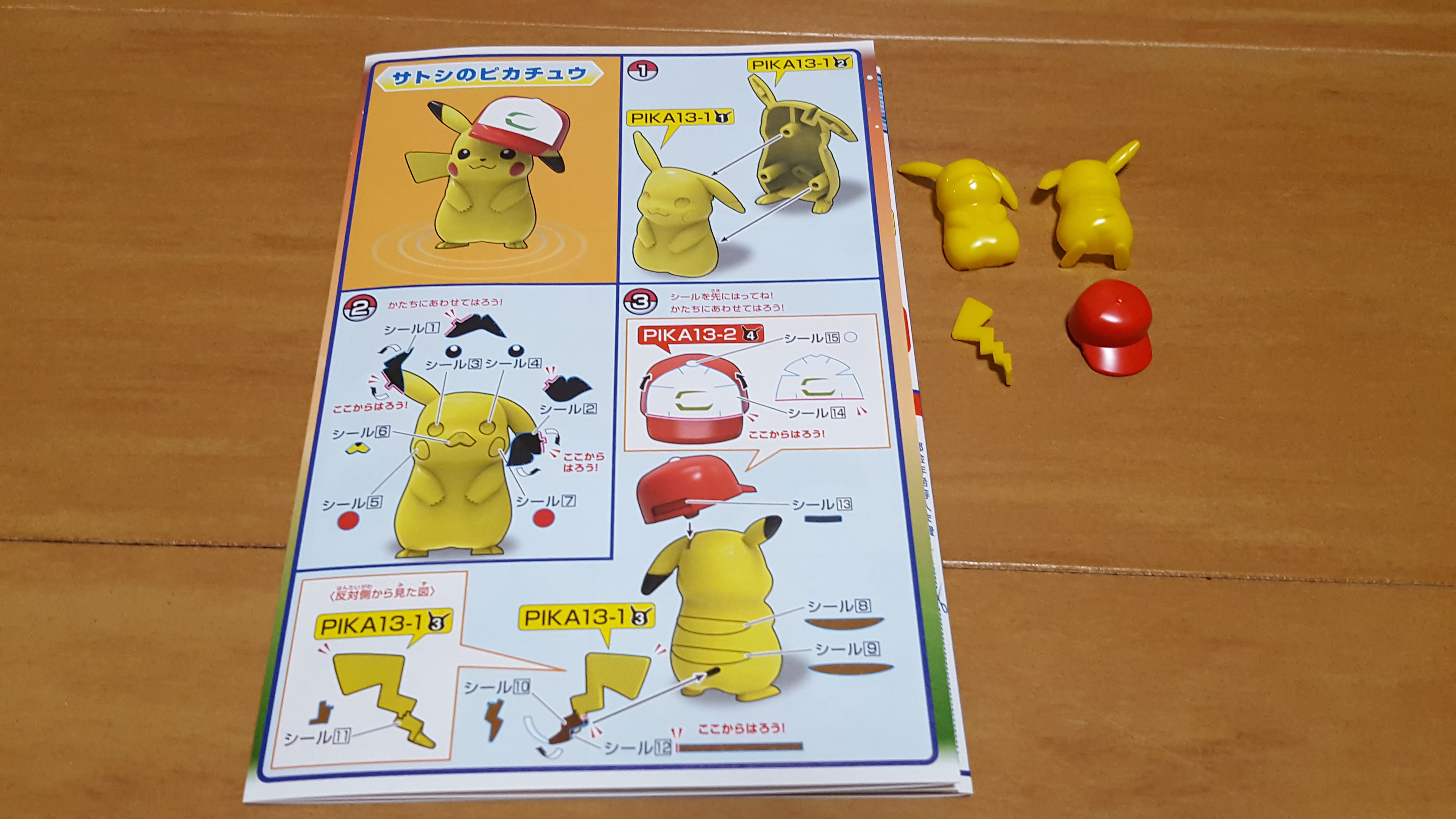 Pikachu’s assembly guide is one whole tiny page. There are more stickers than parts! Luckily, most of the stickers were okay, but the cap wasn’t agreeing with me… 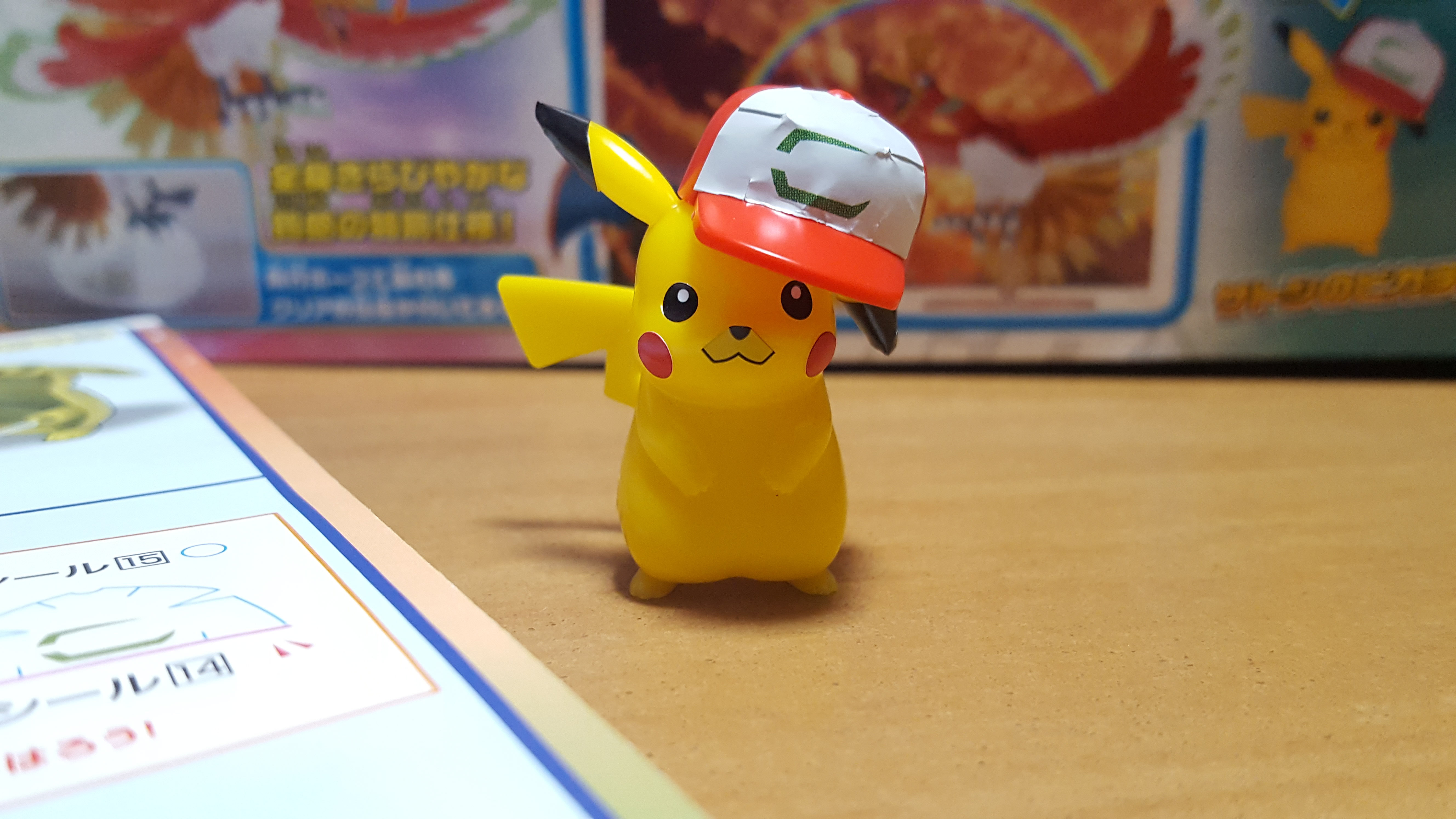 I’m also kind of weirded out by the mouth/nose sticker. I wish they had made those separate parts; the yellow back doesn’t match the plastic exactly so it looks a little weird. It’s okay from a distance, though! And Pikachu at least would be really easy to paint if you want to forego the stickers. 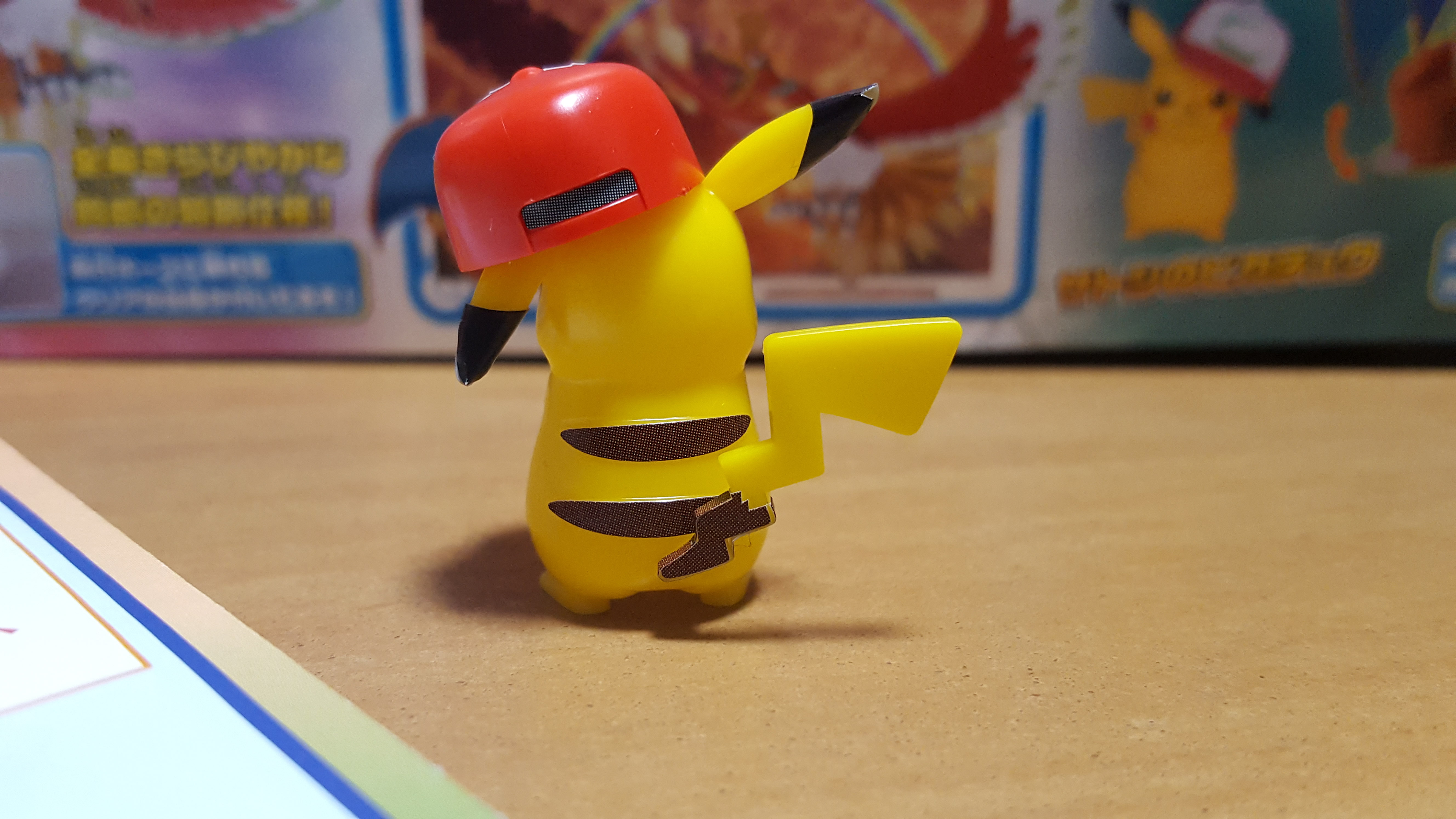 His tail actually took three stickers of their own, too! 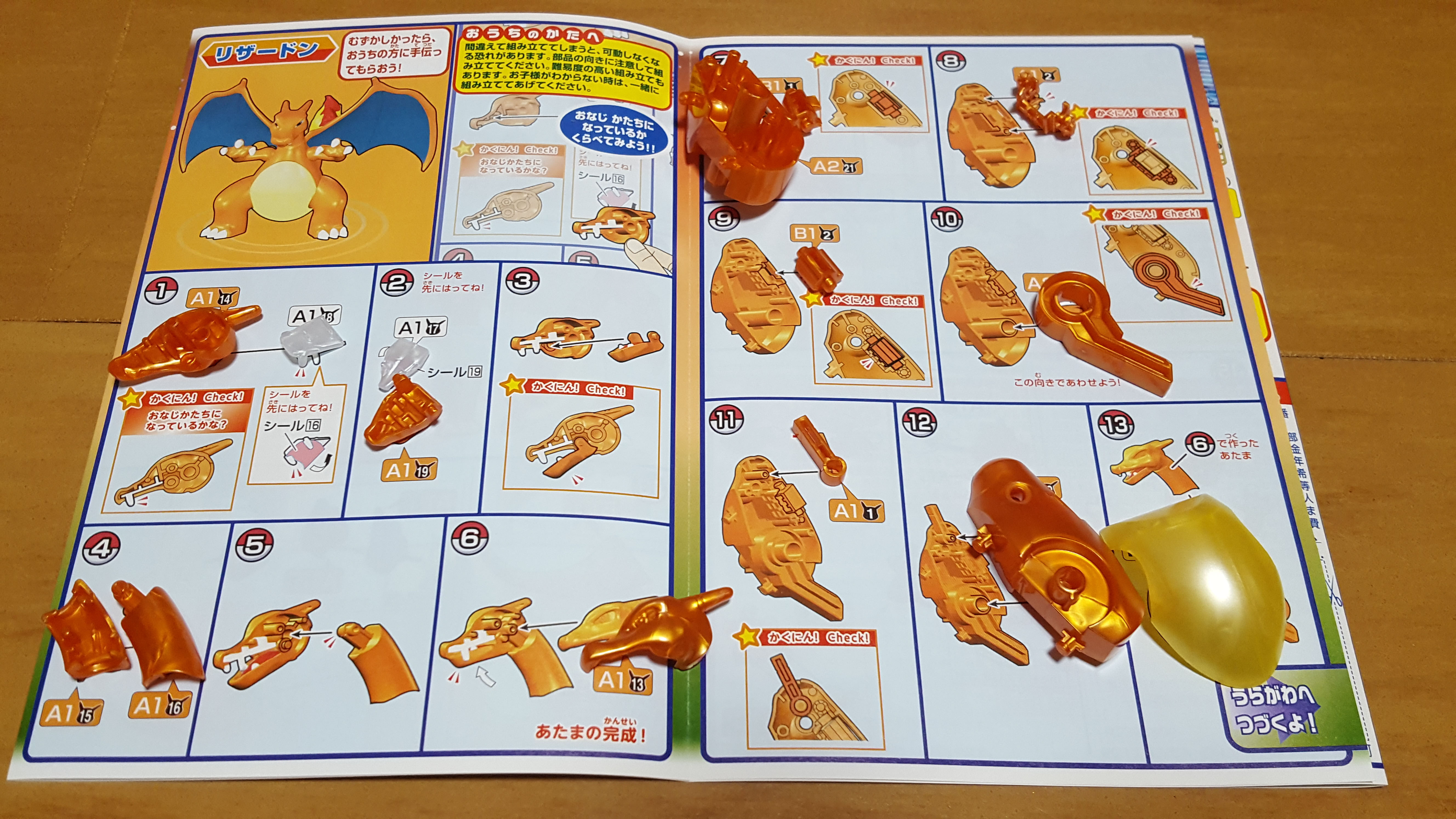 This guy starts out simple enough. I don’t know how I feel about this super shiny plastic, but there are so many other Charizard kits out that I guess Bandai thought they should do something different with this one. Torso, assembled! As promised its neck moves, and you can open and close the lower jaw, too. 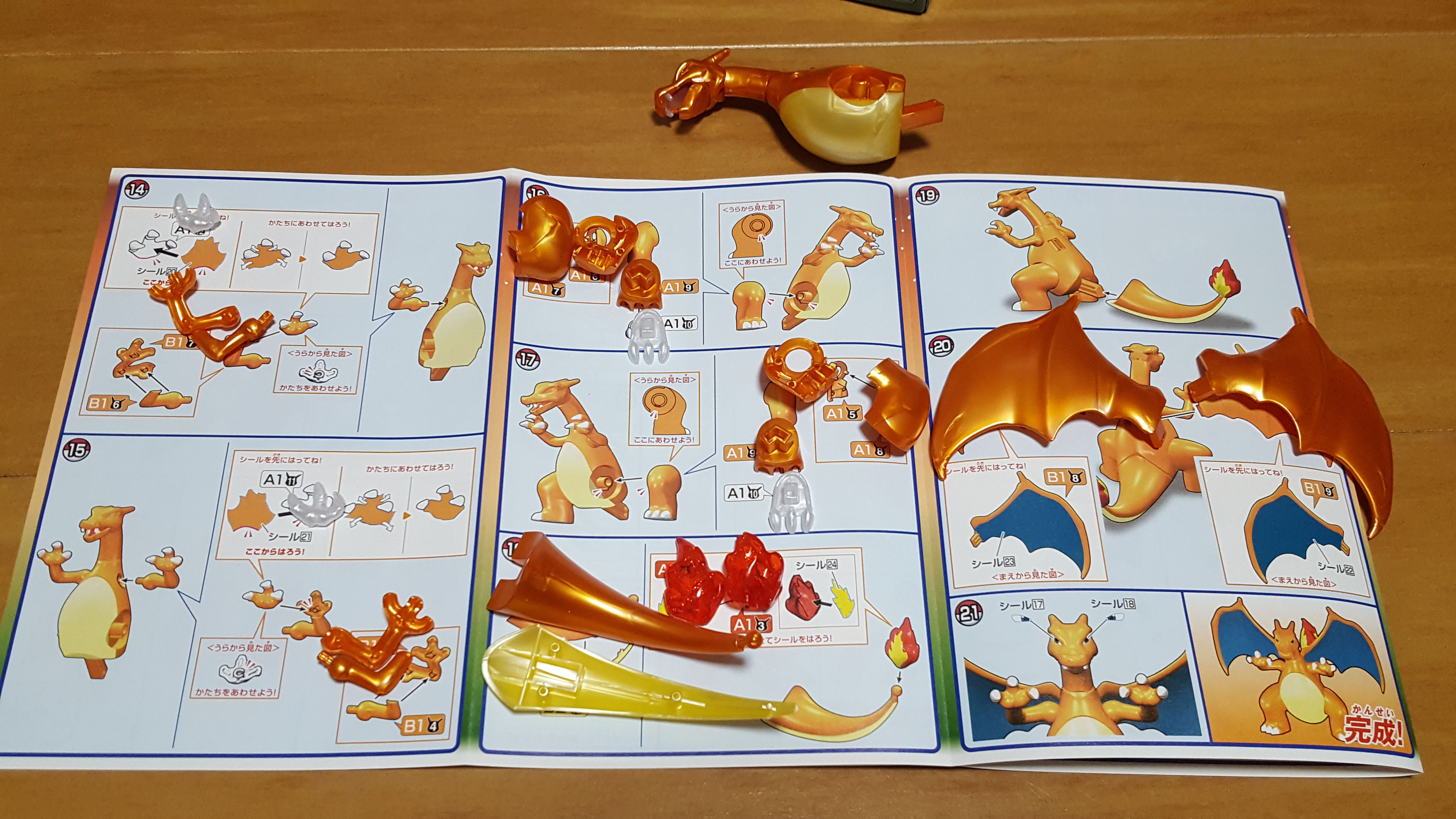 Here are the rest of the steps. It’s pretty simple, really, but wrapping those white stickers around each hand was my pain point. It would have been nicer if they were molded in two parts so the hands 1) didn’t come out crinkly, and 2) actually matched the color of the plastic.

Completed, this is a pretty handsome boi!  do like the overall look, despite the shiny plastic. 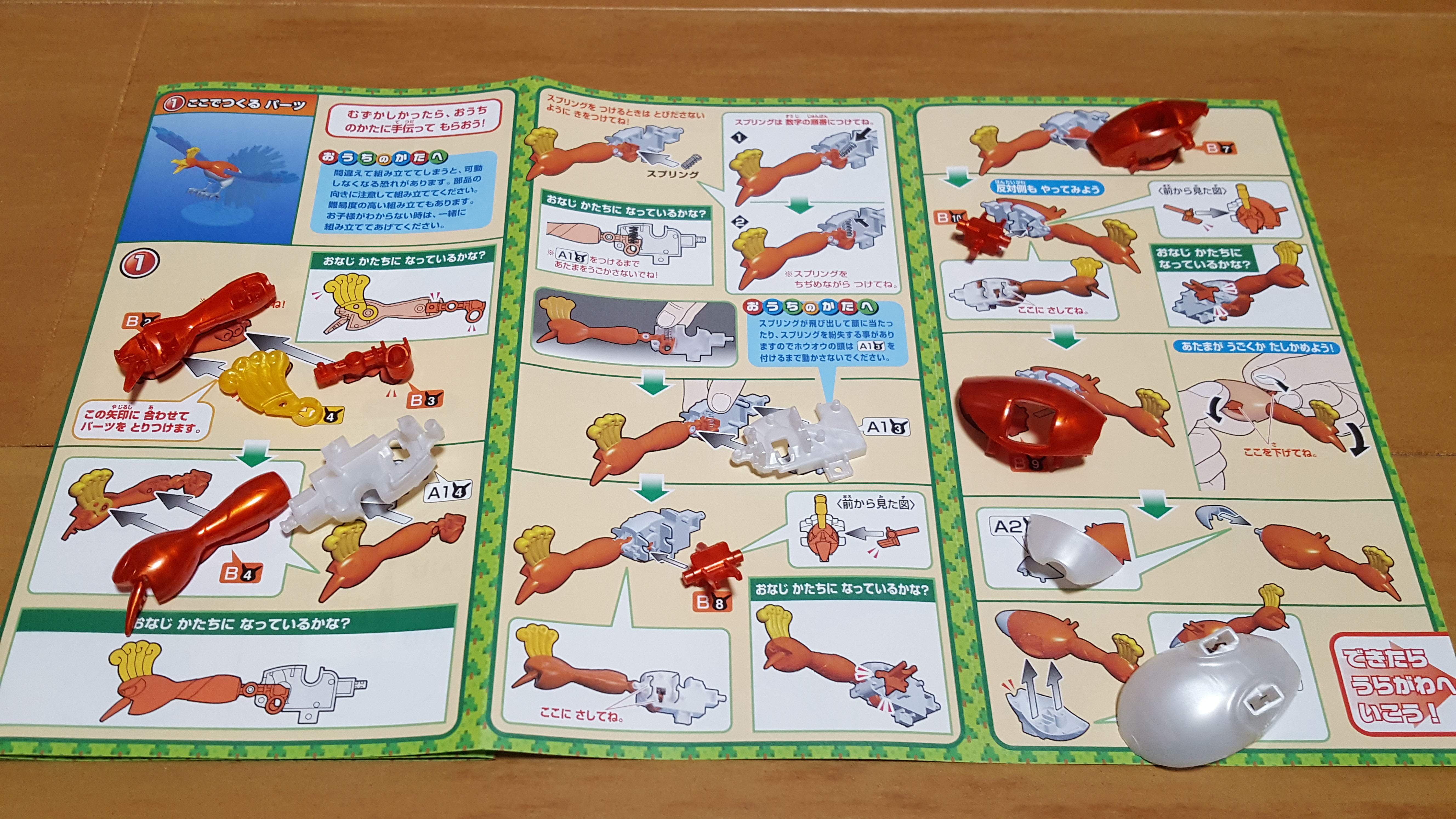 Ho-oh has the biggest instruction sheet, though assembly isn’t particularly hard or complicated. He has the most stickers, though, and I did have to keep detaching the beak parts to add more stickers after I thought I was done with them! (The inside of the beak and tongue really take 5 stickers total…) 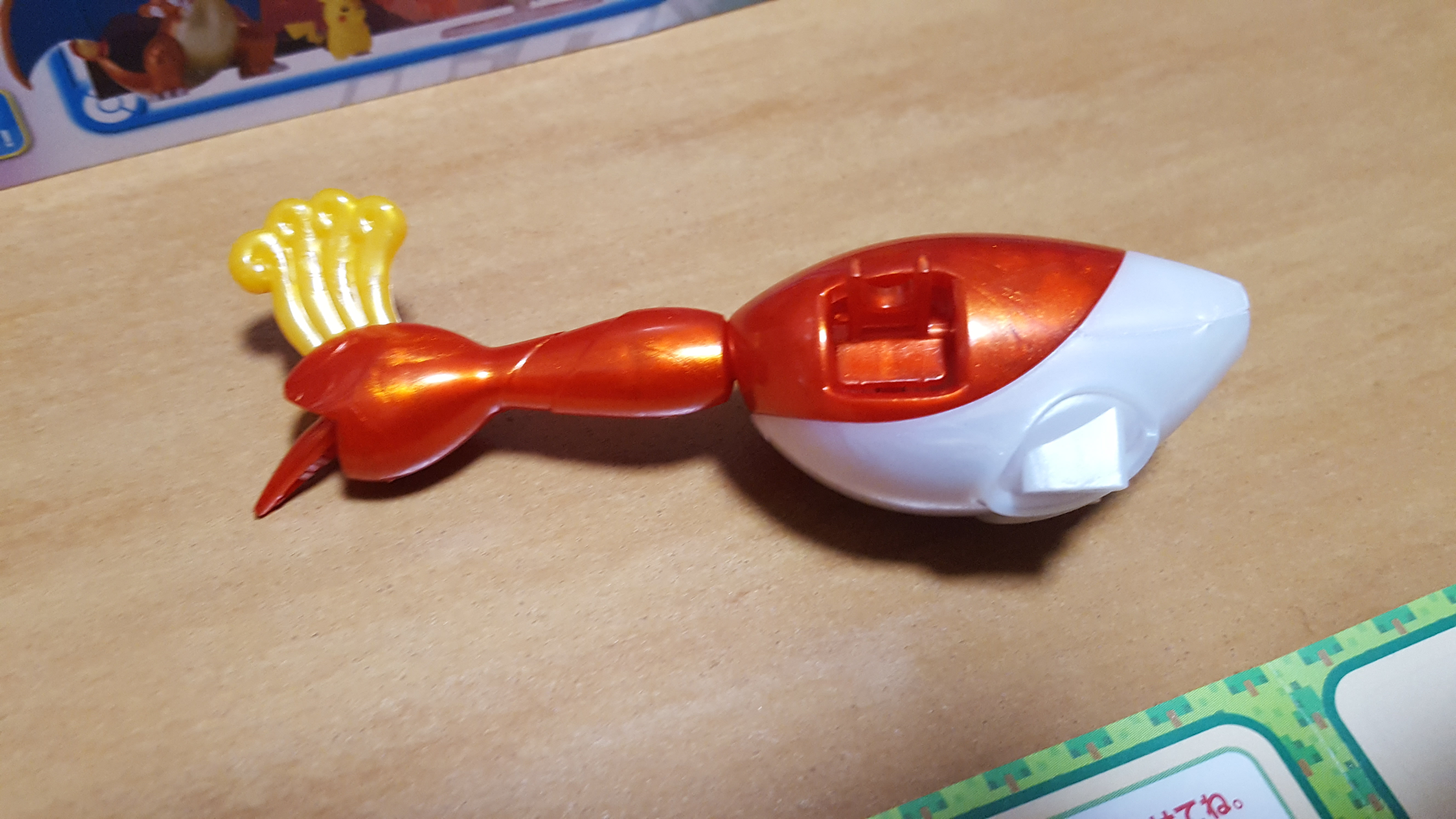 Here’s the finished torso. The spring is loaded up in there already to make the flappy wings nice and tight. And the remainder of the build! I really like the way the wings fit together — doing these colors in layers made for very solid-feeling wings and avoided more sticker tragedies. The tail, though, took probably about 2 dozen stickers. I stuck them on pretty mindlessly while watching Netflix, and I’m surprised how good they look on the finished kit.

Again, the wings really make this model for me! I wish Bandai put that much care into each of their Pokemon plamo instead of making up for it with stickers. Maybe some day we’ll see higher end kits that forego the stickers for better molds, but that may just be a dream. 🙂

Pick one of these sets up for yourself here!:
– Pokemon Plamo Collection Ho-Oh, Charizard & Ash’s Pikachu Set