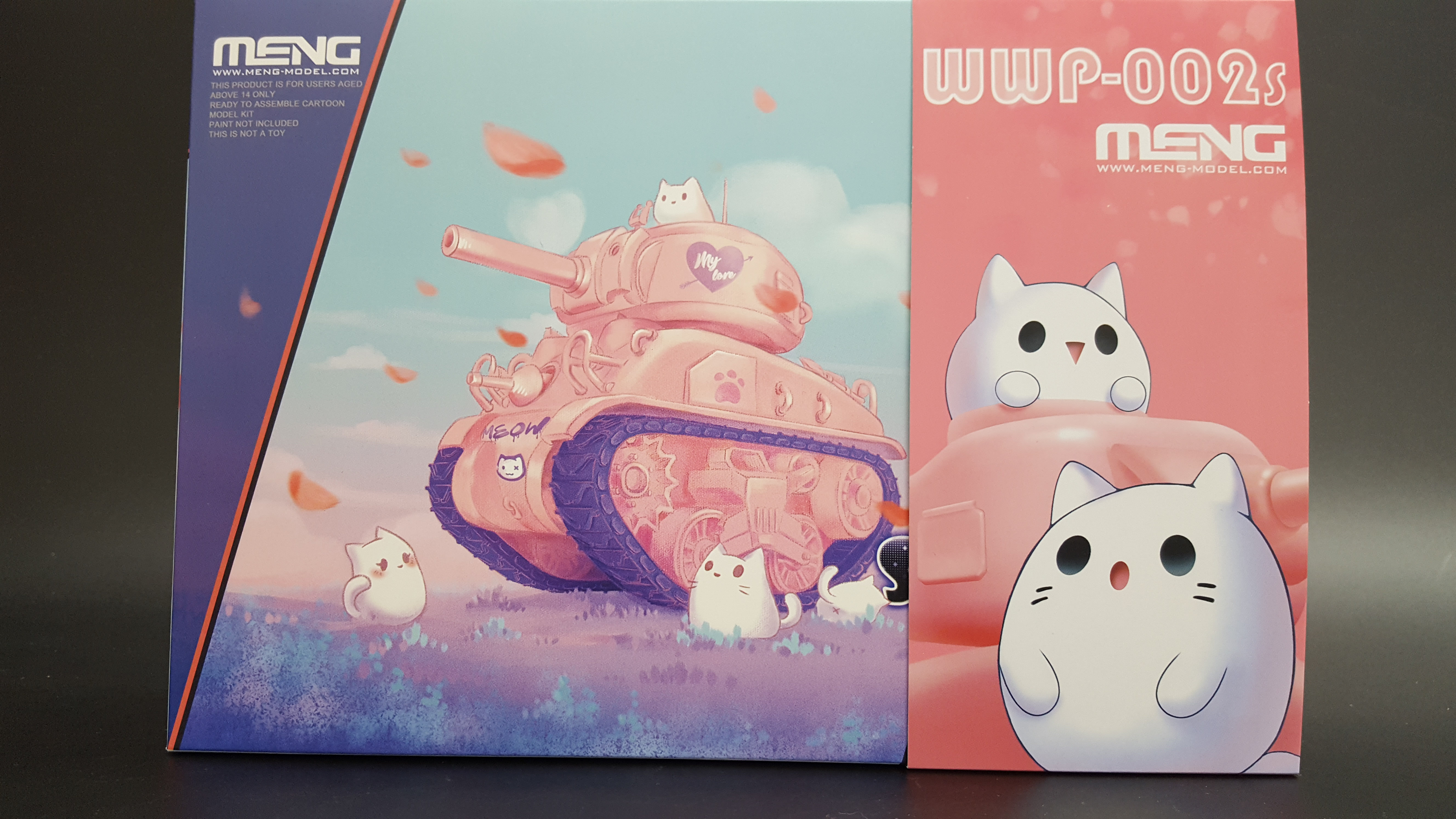 This month, by popular demand, Meng has re-released the Sherman and two other kits with resin figures based off the box art. 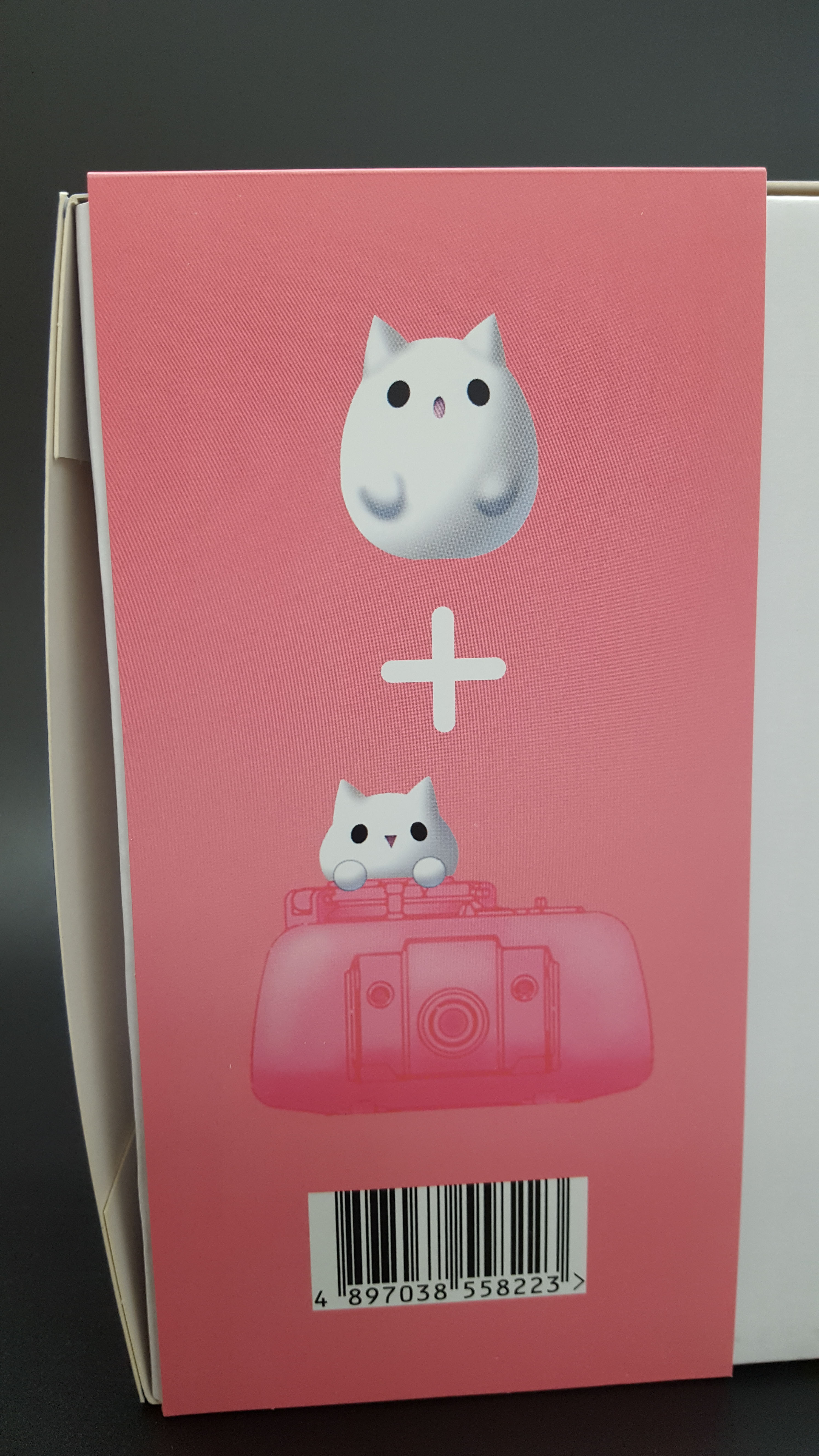 The box is just the same as the old release, with the addition of this cardboard band (I suppose you could call it an obi) that features illustrations of the new figures. The back of the band shows that you get two feline crew members, one of which is molded in the perfect shape to fit in the hatch, happily commanding its little pink war machine. 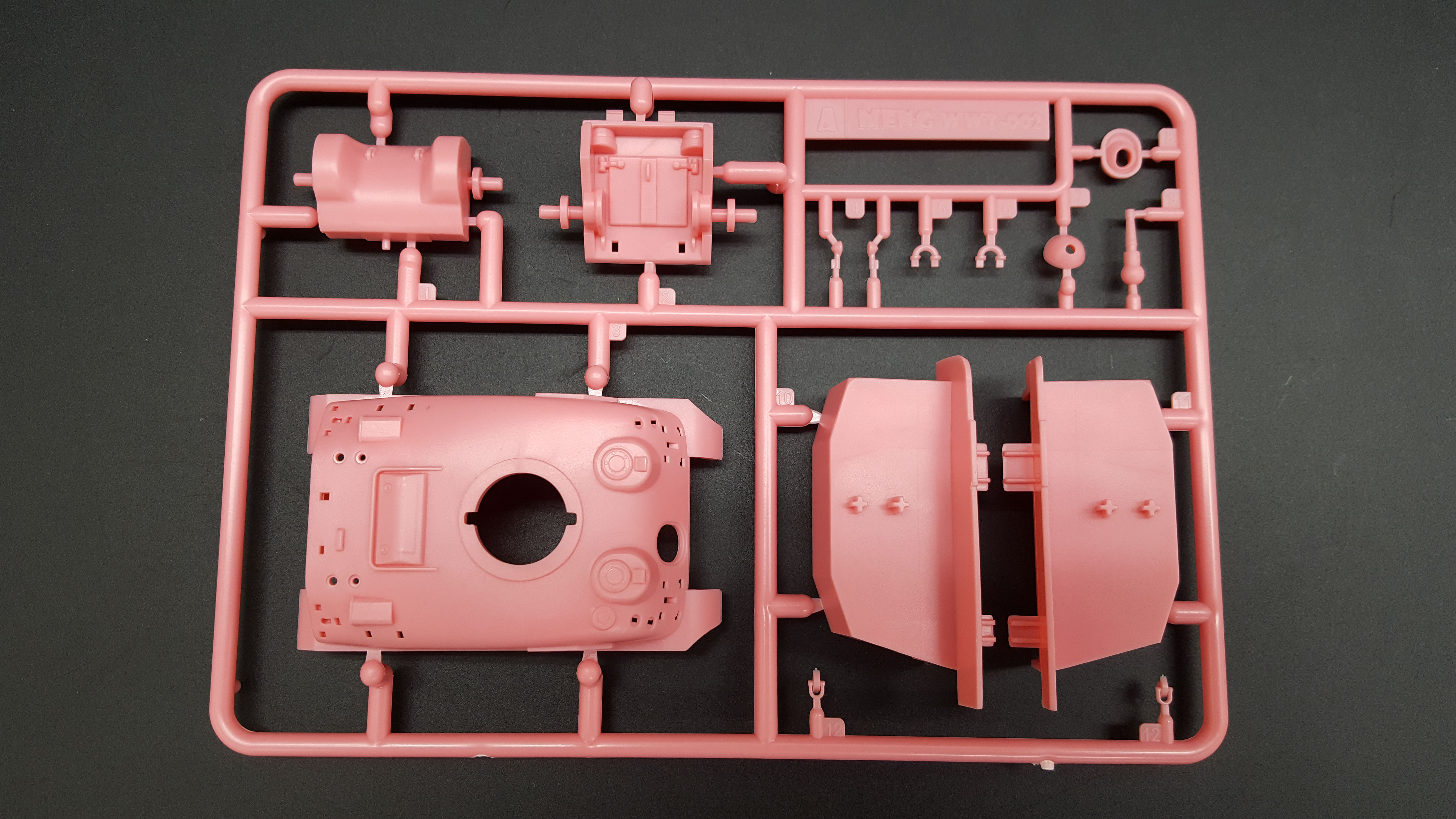 The hull, etc, are all included on runners. There are only three runners here, all of which are molded in the same bright pink color. 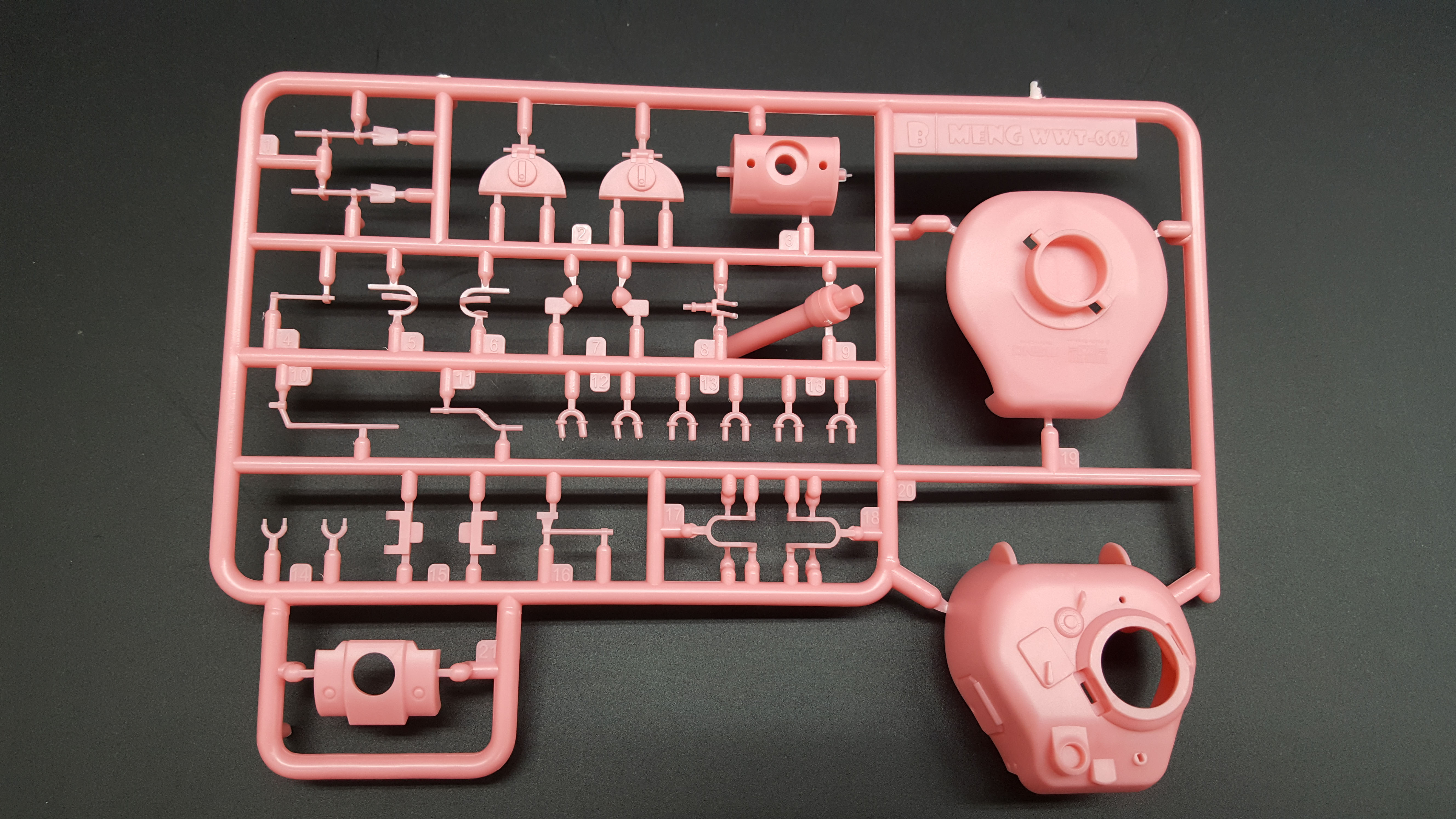 Plenty of tiny, delicate detail parts are included such as handles, shovels, and more. (Don’t worry, the gun barrel is supposed to be that way.) 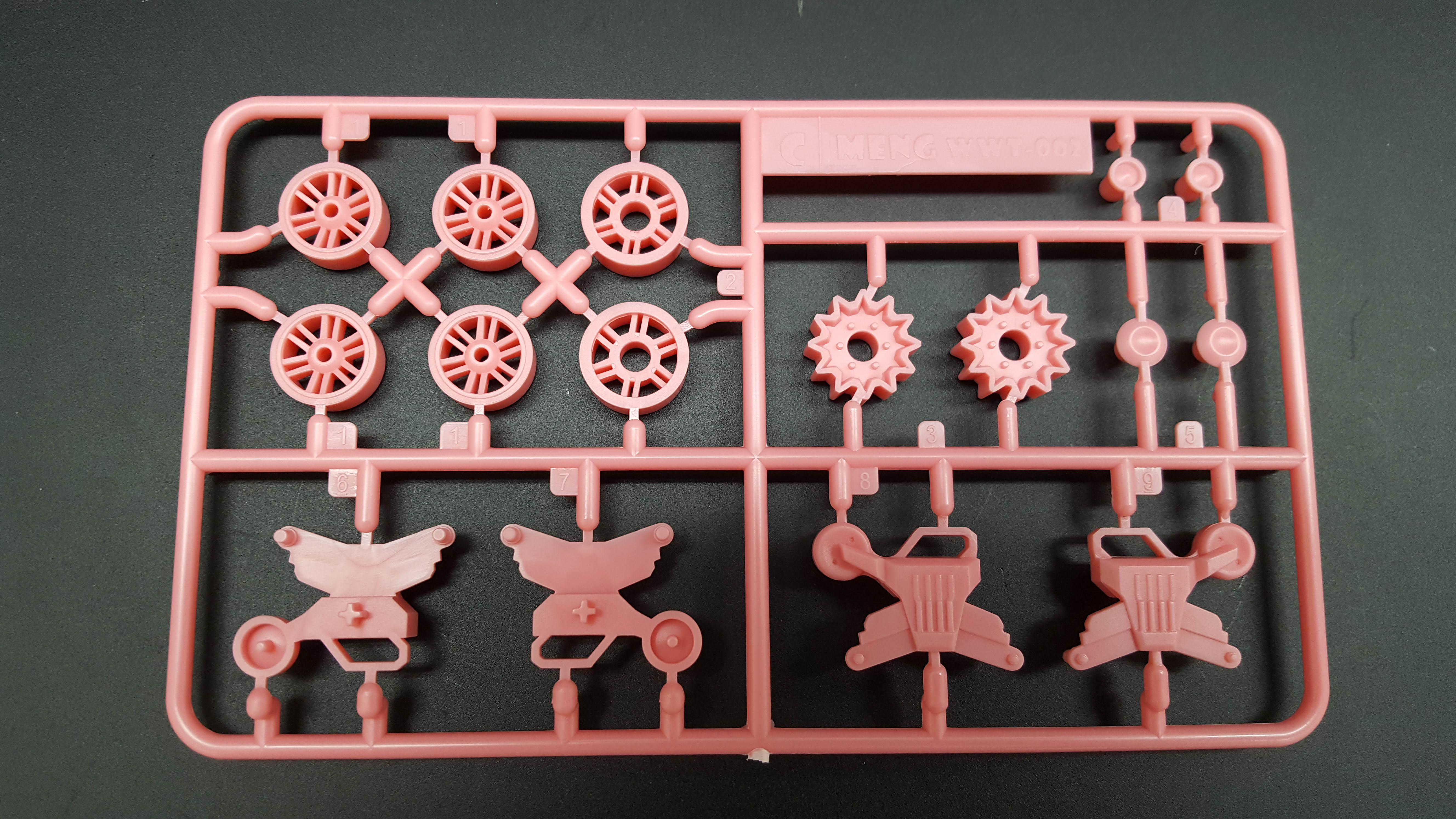 The whole of the C runner is dedicated to wheels and wheel-related parts. As you can see, it’s a simple kit with few parts, but several delicate parts that are going to need special care to avoid breakage while assembling. 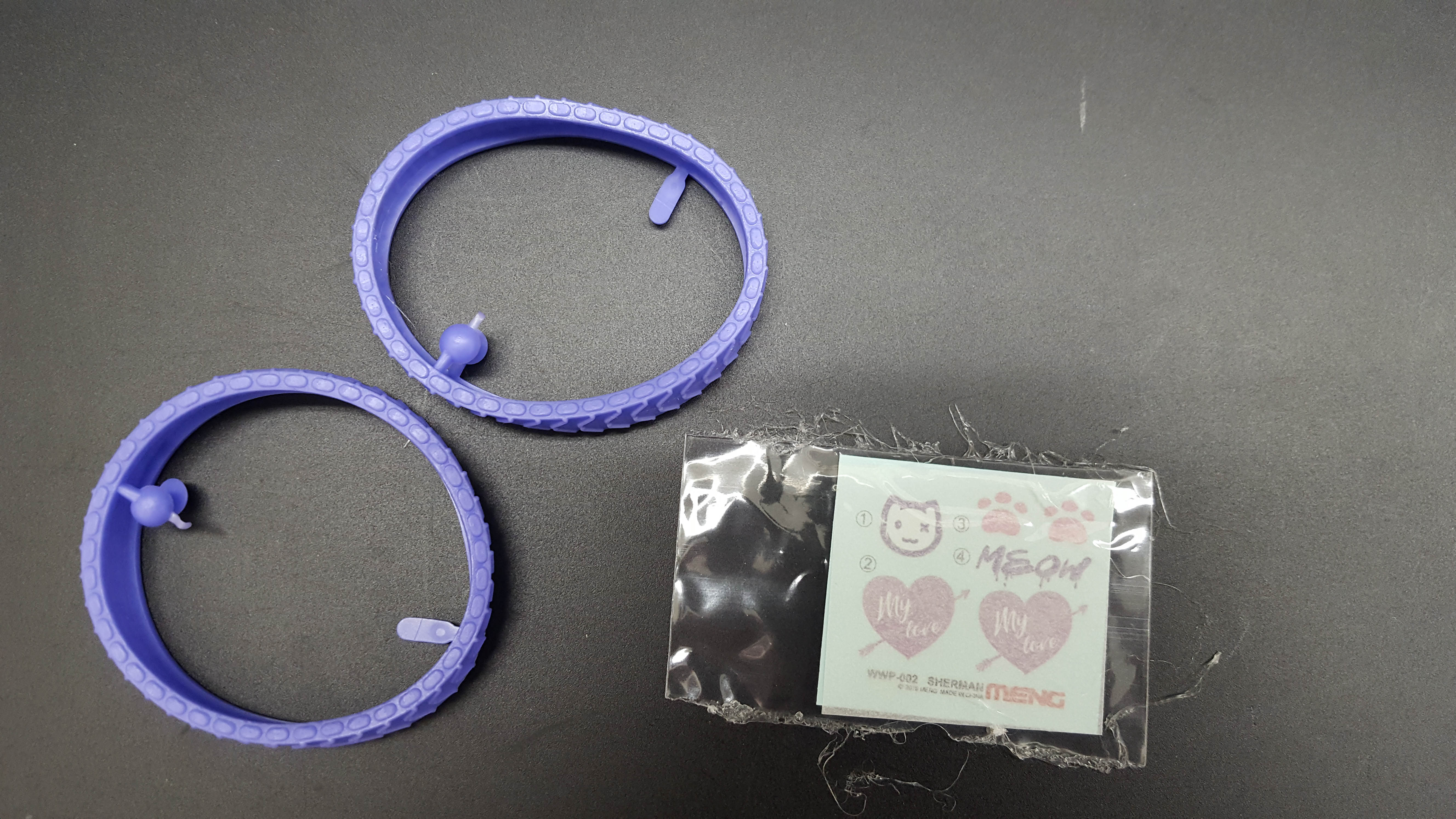 Soft tracks are included in violet, complementing the pink color from the rest of the kit. The decals are quite cute, too — you only get a couple, but there’s only so much space on the kit where you could put them, anyway. There’s a graffiti-style cat face, a couple of paw prints, some hearts, and a scrawled “meow.”

Up through this point of this post, all of the box contents (aside from the obi) are exactly the same for the original 2018 release of the kit, and this month’s release. Here are the figures that set the kits apart: 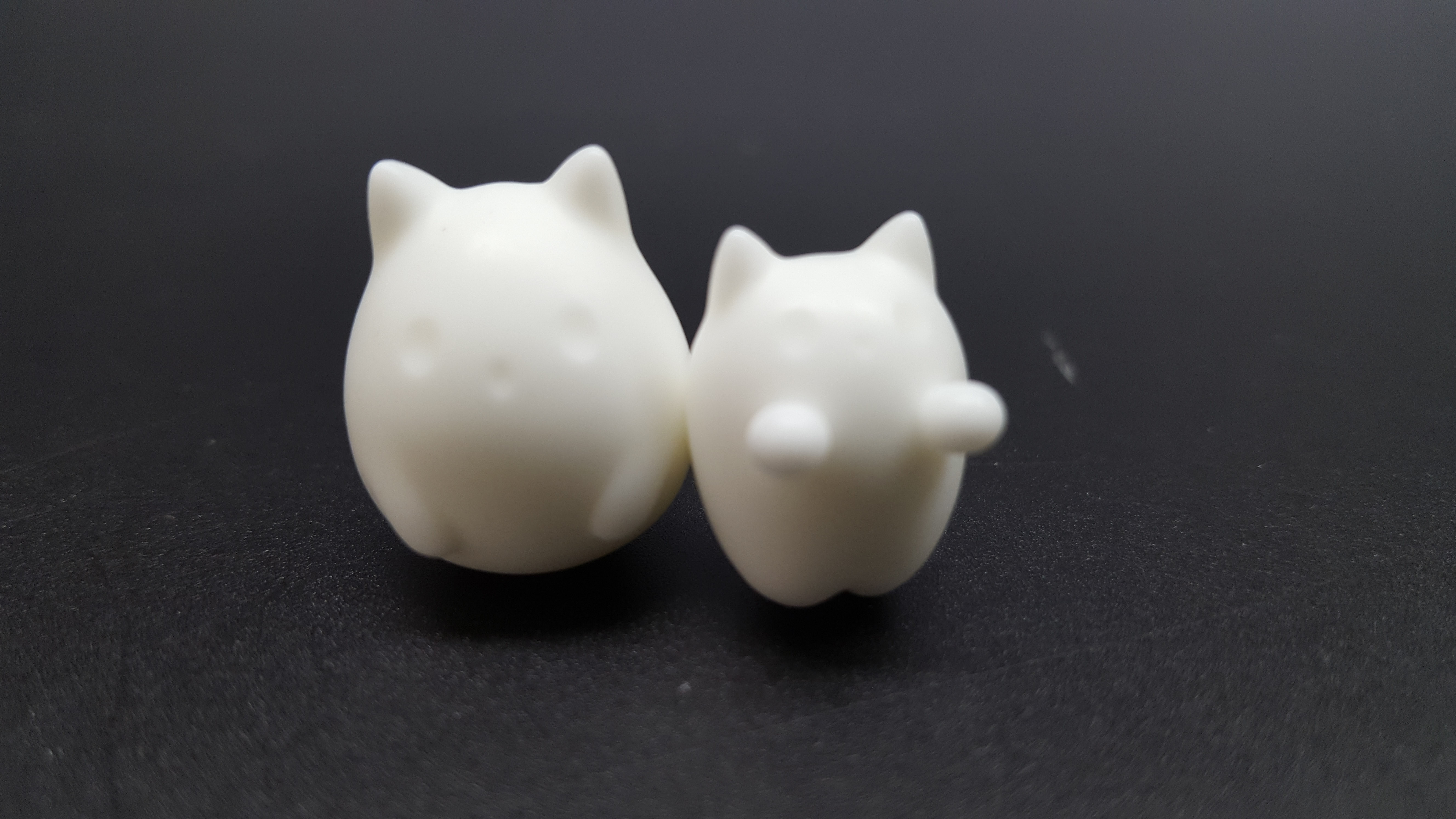 They’re very small, and very hard to get the details on camera because of the color! Here are the two crew cats, each with indents for eyes and mouth, with paws carefully molded, too. They’re perfectly smooth resin figures that I can’t wait to see painted!