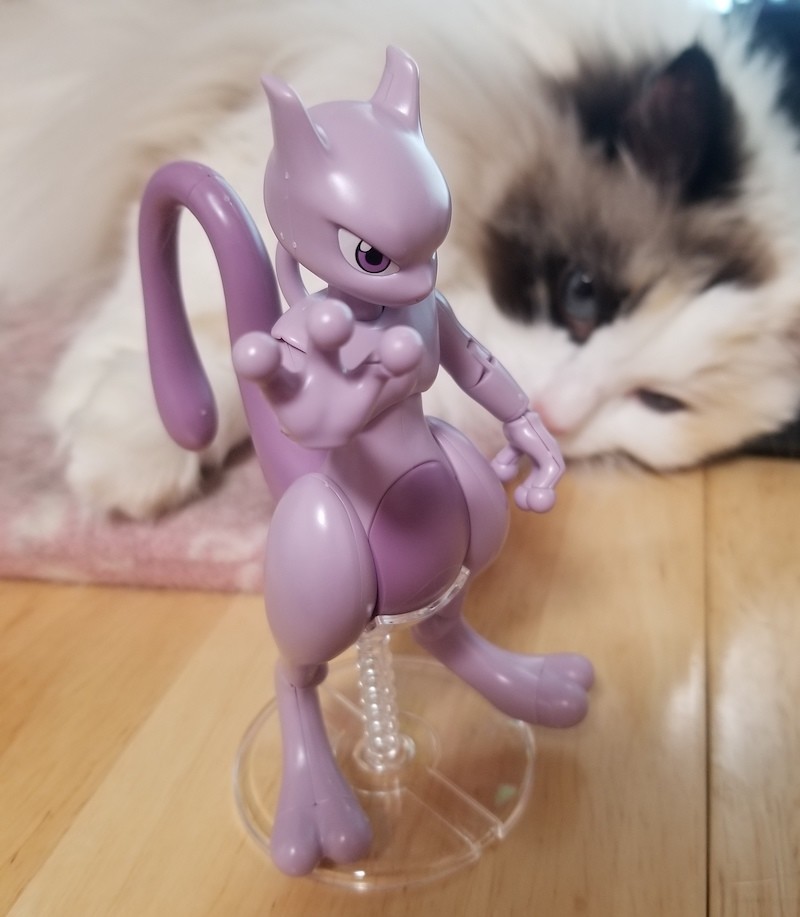 Now that we’ve unboxed our good old Mewtwo, let’s take a look at the building process and features!

Note: Today I will be accompanied by my lovely assistant, Mugi! 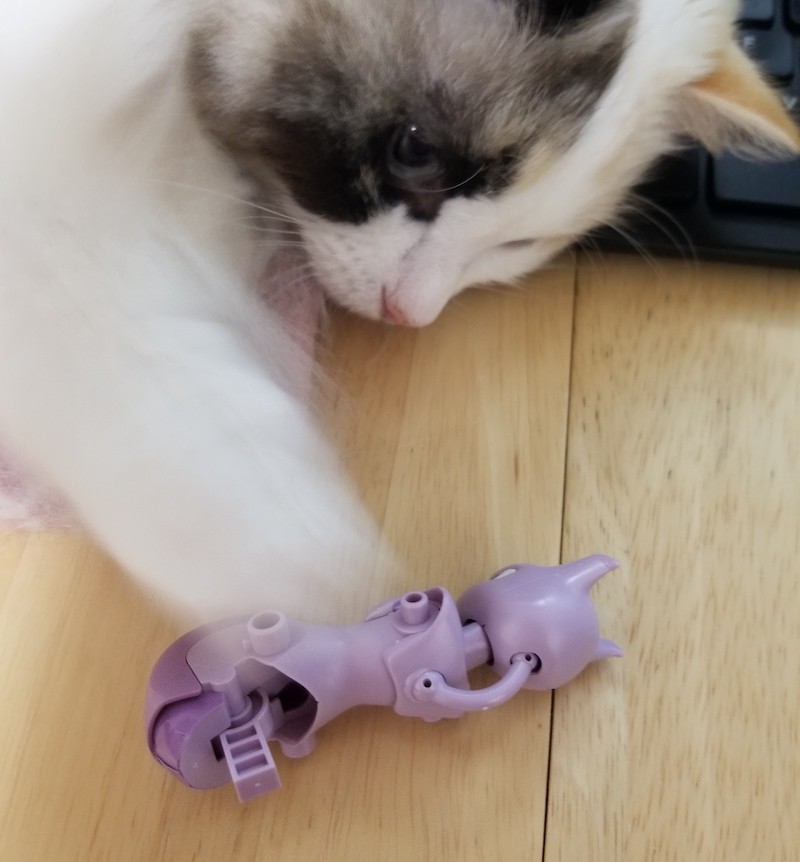 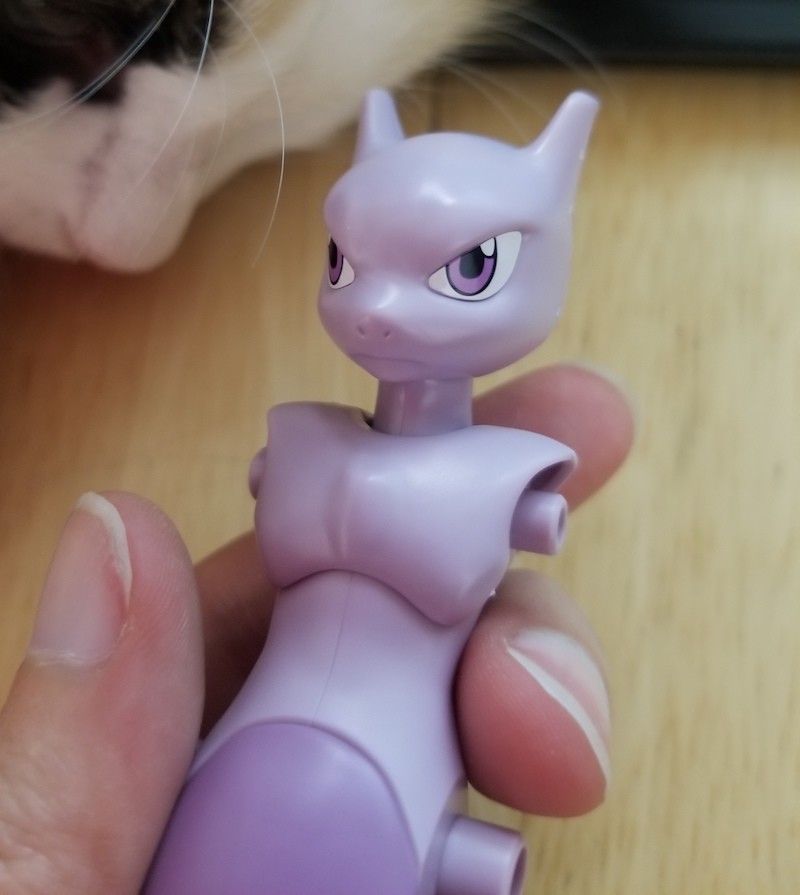 One of the great things about this kit is its lack of stickers. The eyes are nice and big, so they were easy to apply. The head and torso were also big pieces, and easy to assemble (with a secret mechanism inside!) 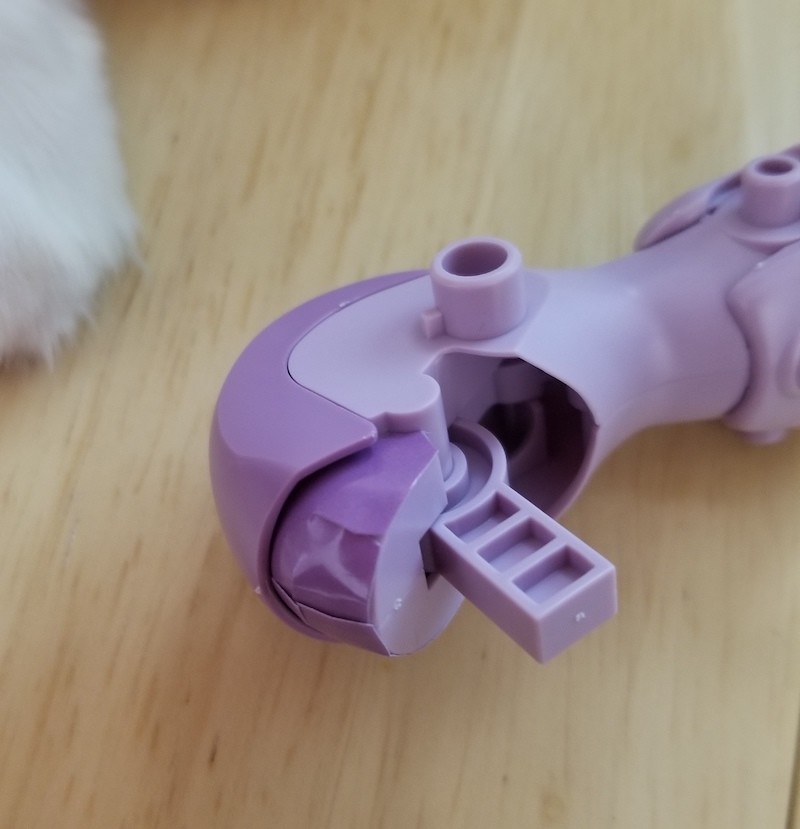 The only other sticker outside of the eyes is this curious piece here. It seems kind of silly to me that they didn’t just mold it in the same dark purple color as the rest of Mewtwo’s underside, but at least the sticker is mostly hidden after assembly.

In this photo, you can also see the part where the tail will snap on. This lever is, oddly enough, connected inside to Mewtwo’s shoulder/arm so that the two pieces can rotate together. But we’ll take a look at that in a minute! 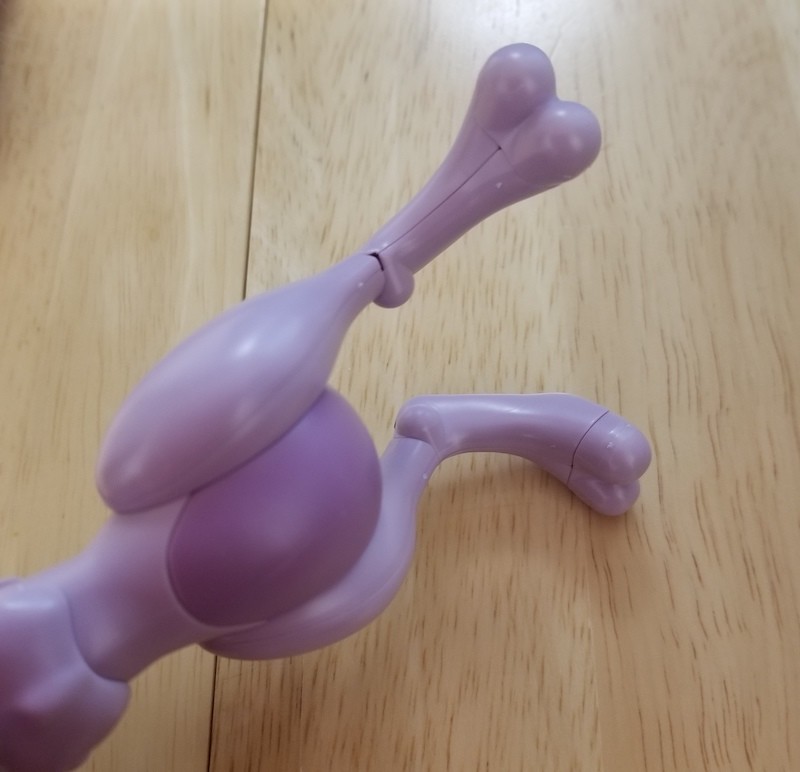 Here we have Mewtwo’s feet, not much to look at. It’s too bad they couldn’t be molded in one piece to avoid the seam line, but it isn’t too noticeable from afar. And I suppose it takes away the fun of building if everything is already molded together! 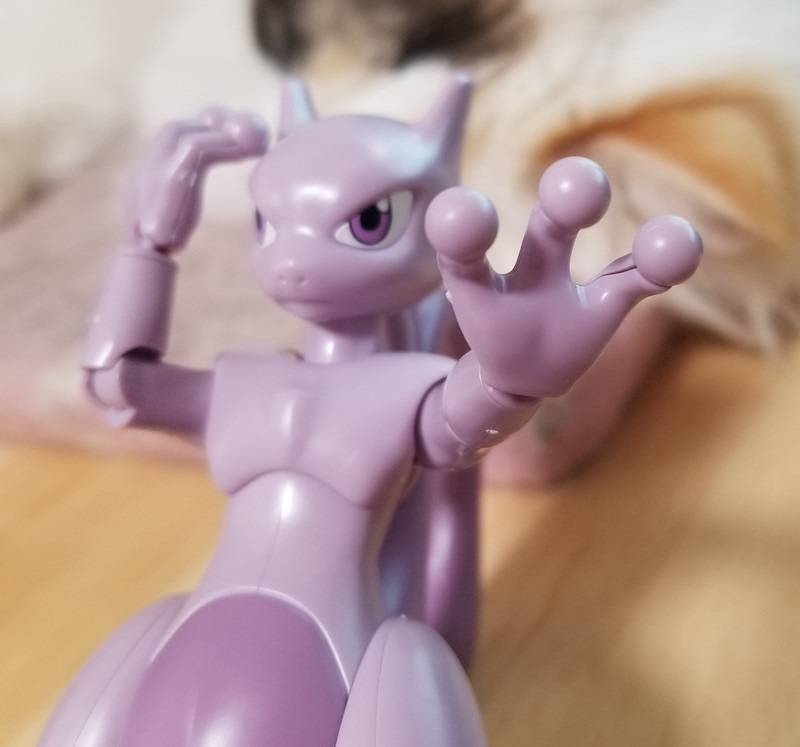 Mewtwo’s iconic ball fingers come next! Poor guy only has three fingers and no nails… must be so hard to pick up paper from the floor. I guess that’s why nature threw him a bone and gave him psychic abilities.

And now that he’s all finished (probably 30 minutes tops for assembly), here he is from the front, side, and back. Pretty nice for the price! 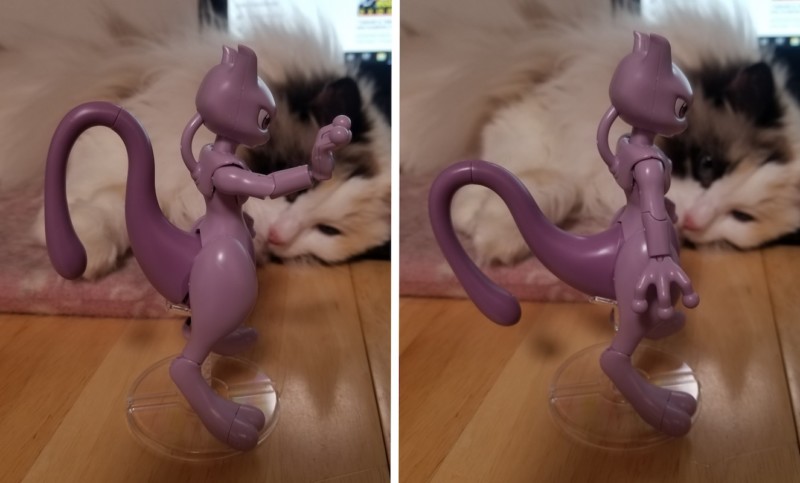 And before I forget, here’s the fun part I was talking about above. Mewtwo’s right arm and tail are connected inside, so when you raise the arm, the tail moves with it. It’s not the most useful feature for posing, but an interesting one, to be sure!

It’s an easy but enjoyable build, and I’d recommend him for fans of the series of just about any age!