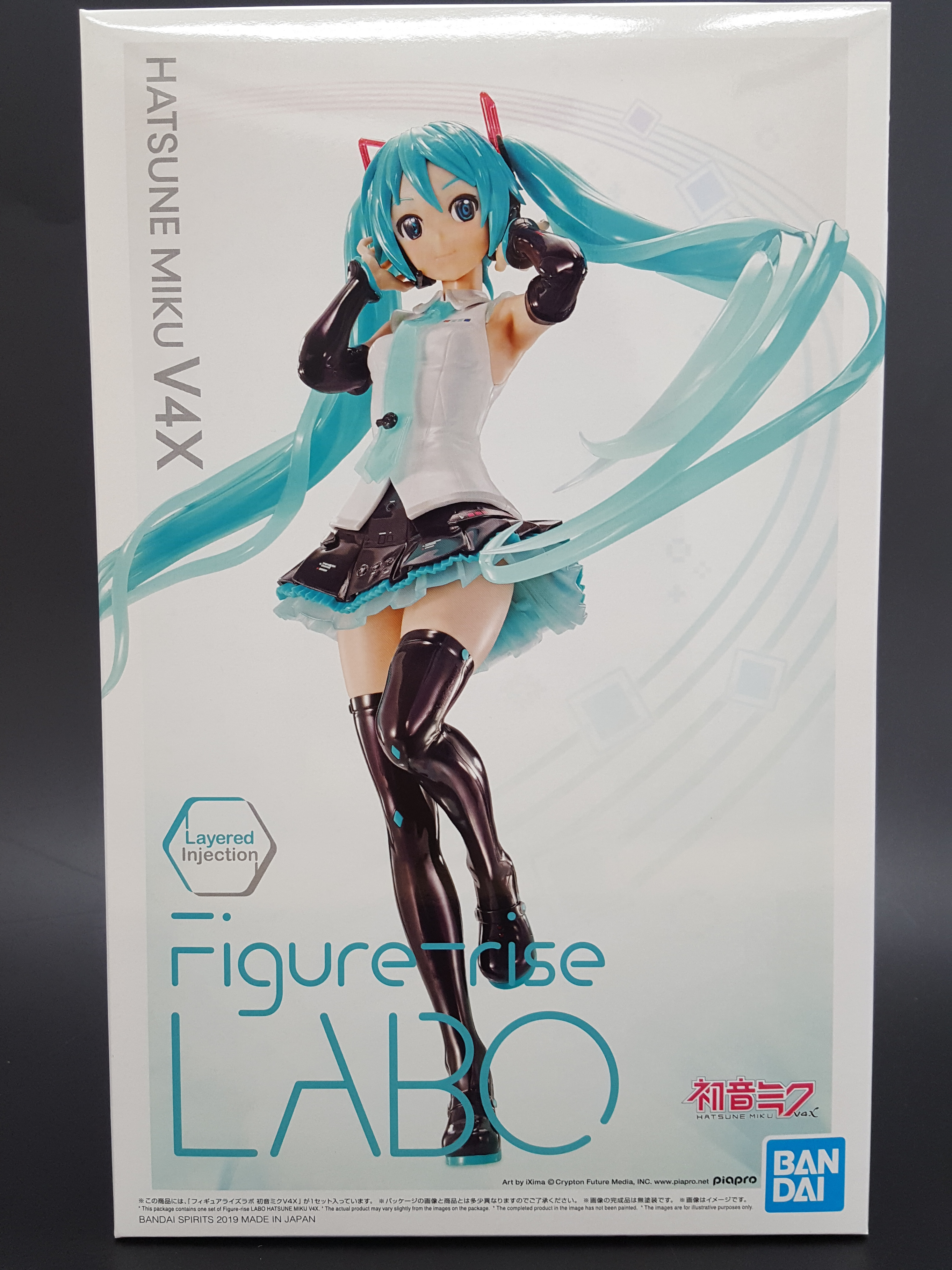 Figure-rise LABO is a series of character model kits that build beautiful static figures. They’re not only a great, affordable alternative to traditional static figures — you also get the joy of building your favorite characters yourself.

Learn all about Figure-rise LABO in just 5 minutes!

The lineup is still a bit small, as there have only been a handful of releases so far, most of which fly off the shelves and go out of production quickly. Luckily, Miku is still available, so we’re here to take a look at what’s in the kit so you can decide whether or not this one’s for you, before it’s too late! 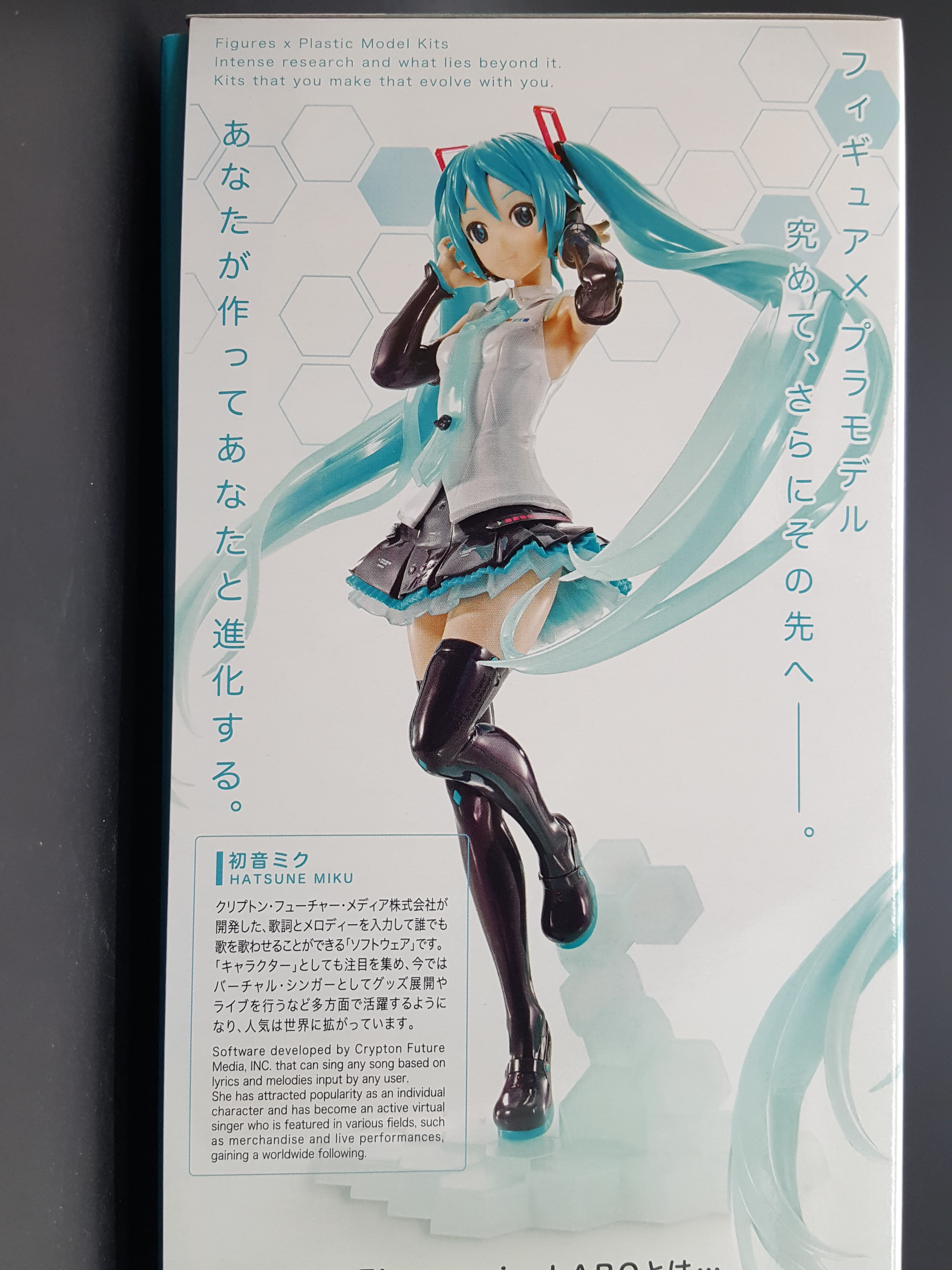 On one side of the box, we get a bit of background about Miku, and a lovely full-length shot of the completed figure. 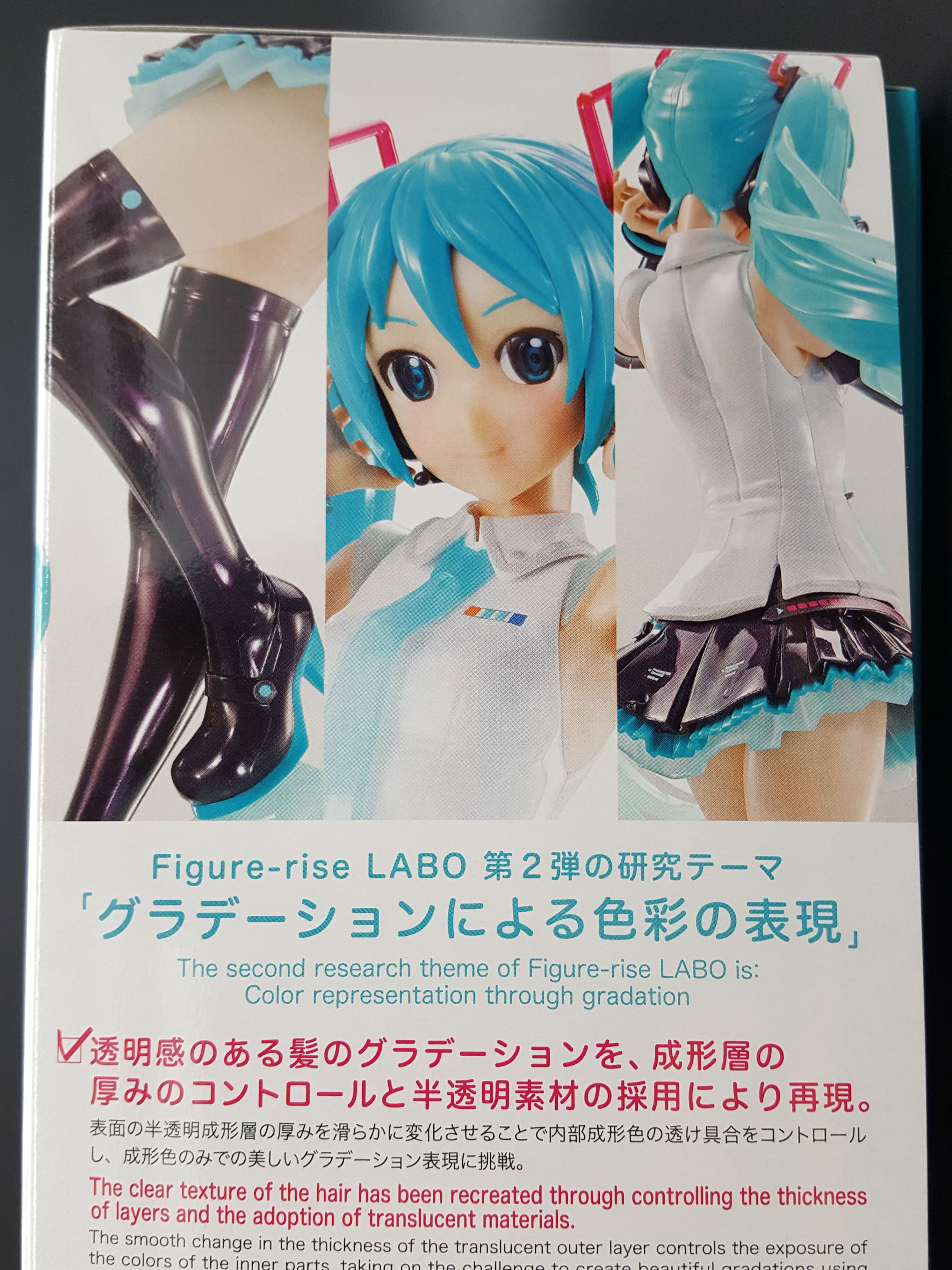 On the other side, Bandai explains some of the finer features of this kit: clear textures and color gradation! 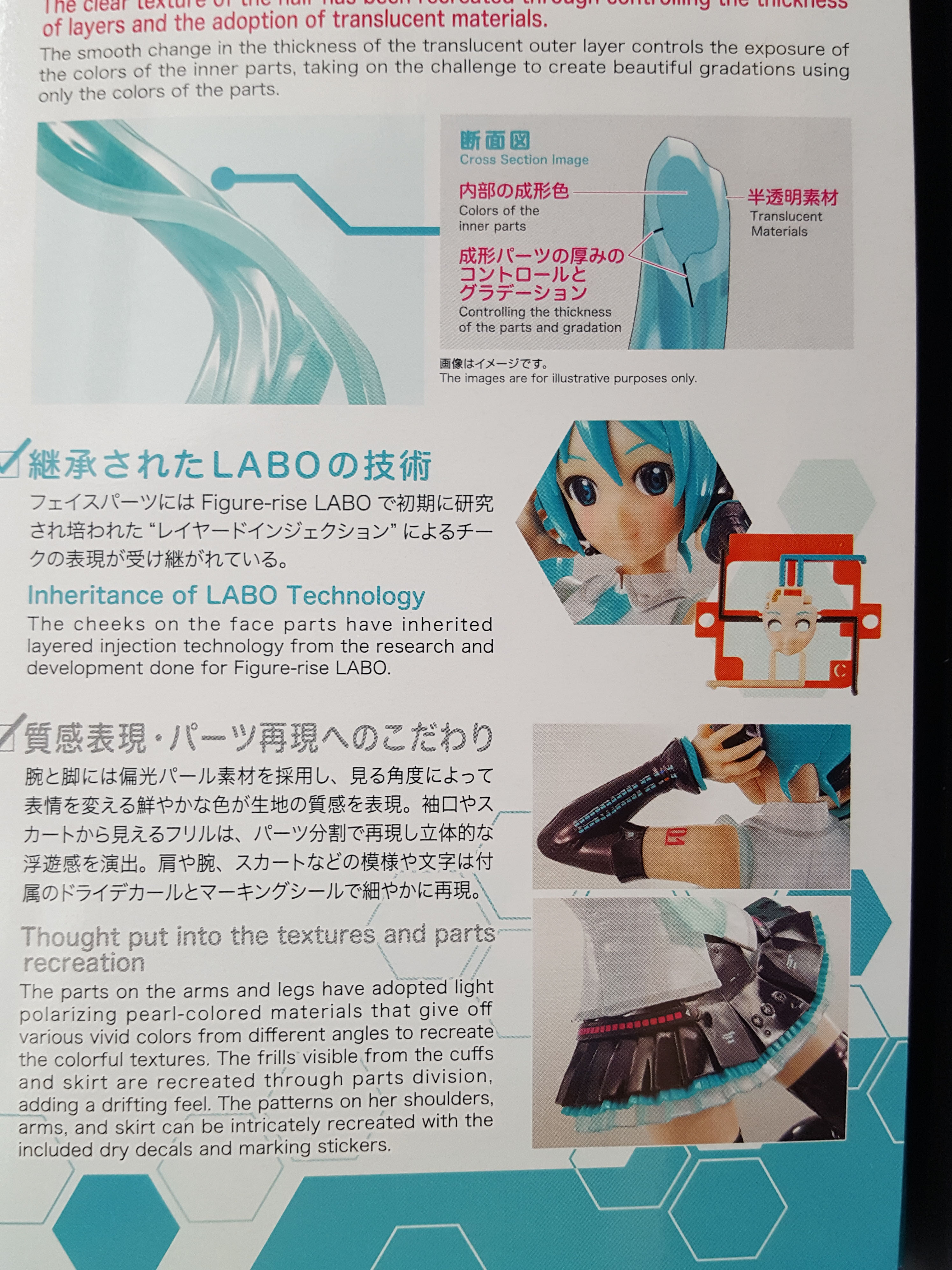 A little lower, Bandai explains how they accomplish the gradation on Miku’s hair, how the face is molded, and more. It’s a little hard to see in the photograph, but the color of her hair gets a little lighter towards the ends, as Bandai explained on the box. It’s really aesthetically pleasing! 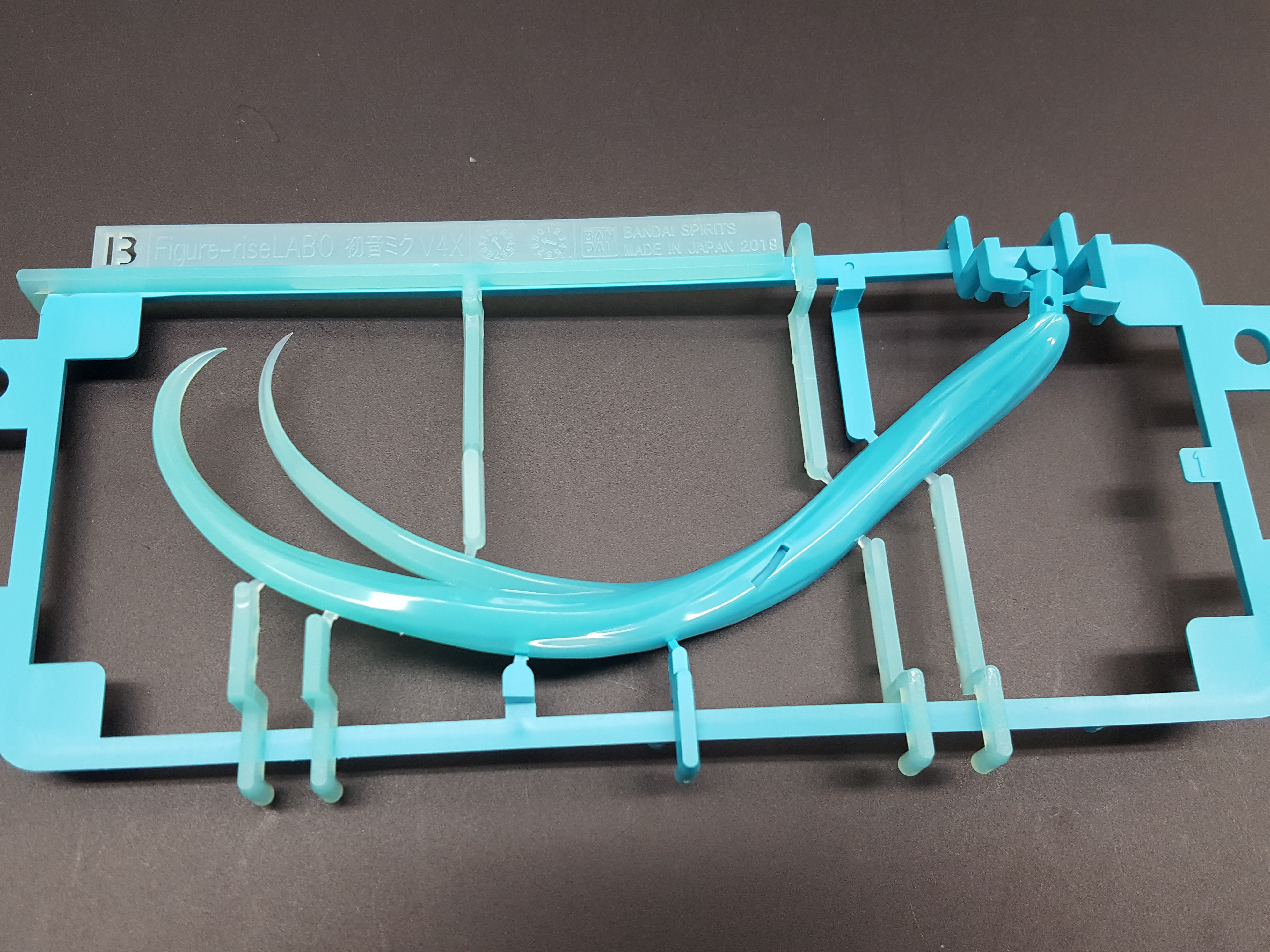 B: Aqua — another twin tail C & D: Miku’s face and eye plates. You can see from the runoff on the runners that these parts have been molded cleverly in several colors. Where you would usually need decals or stickers for the small details of the face, Bandai has pre-molded all of this in color so there’s no chance of messing up the application of facial features when you build. You just quickly snap the eyes into the face plate, and Miku’s face is complete! E: Glossy black — these pieces are darker than the photo shows. They also have a fantastic glossy finish that’s kind of reflective, really making Miku’s stockings and gloves look like PVC! 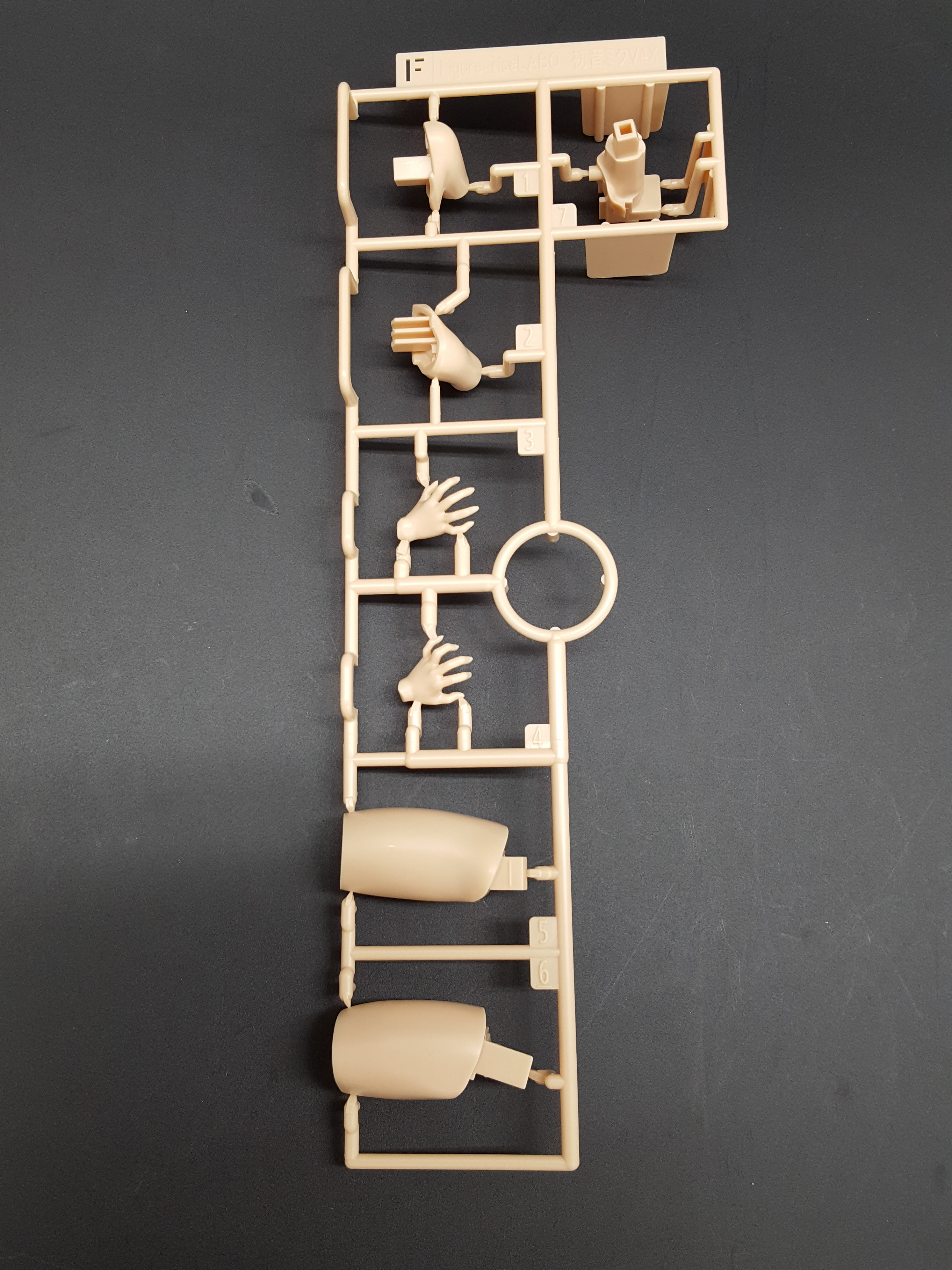 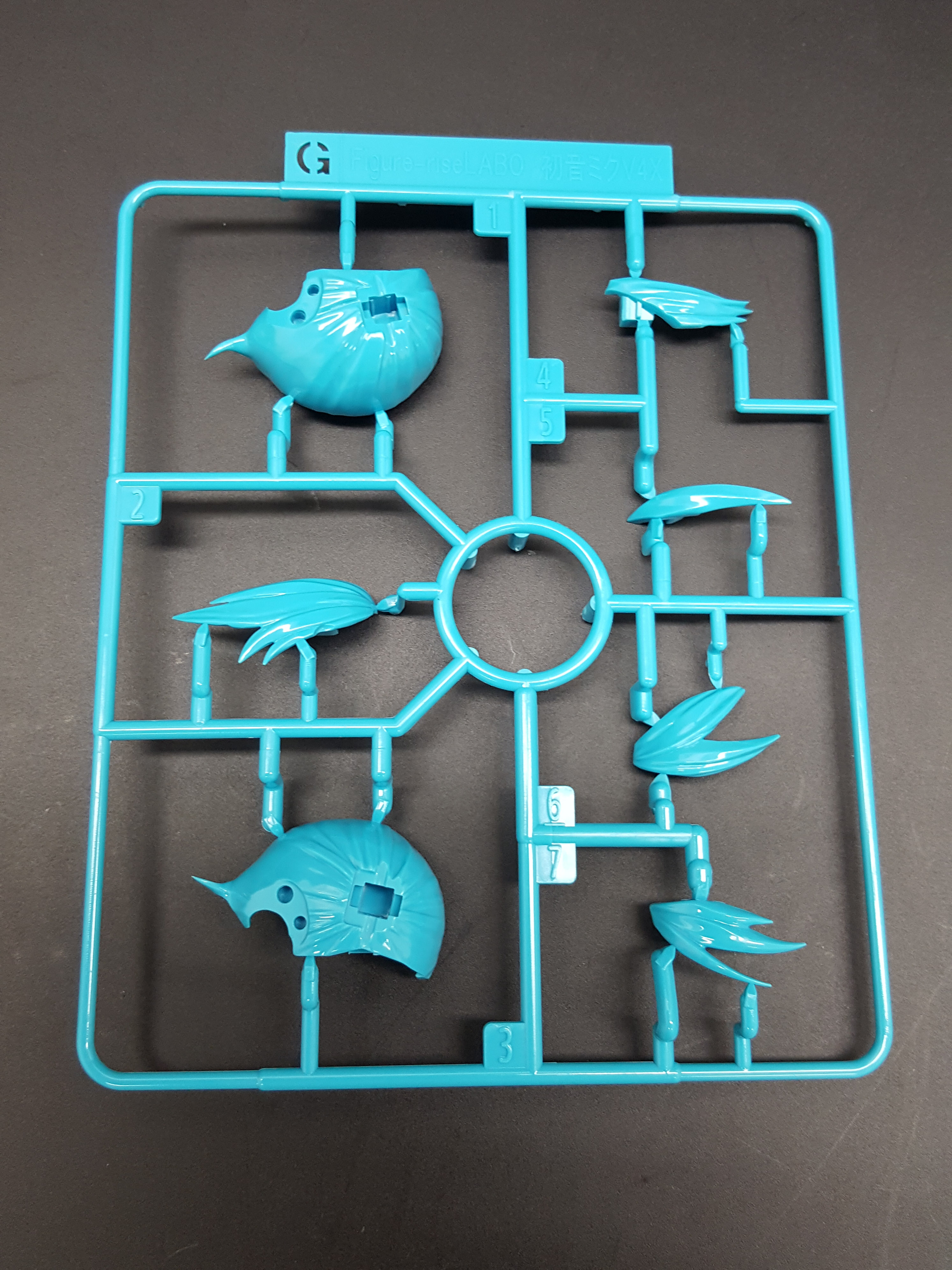 H: Aqua — The last of the hair parts and Miku’s tie. Like the twin tails, these are modled with some color gradation and are just beautiful to look at. These parts attach to the twin tails as flyaways. I1: Clear aqua — these parts build the lower layer of Miku’s skirt and the digital-style base. Finally, Bandai includes stickers and decals for the details. If you’re not comfortable with decals, you can just use the stickers, but you’ll miss out on some of the smaller details.

If you’re new to dry transfer decals, we’ve got your covered with our Dry Transfer tutorial!