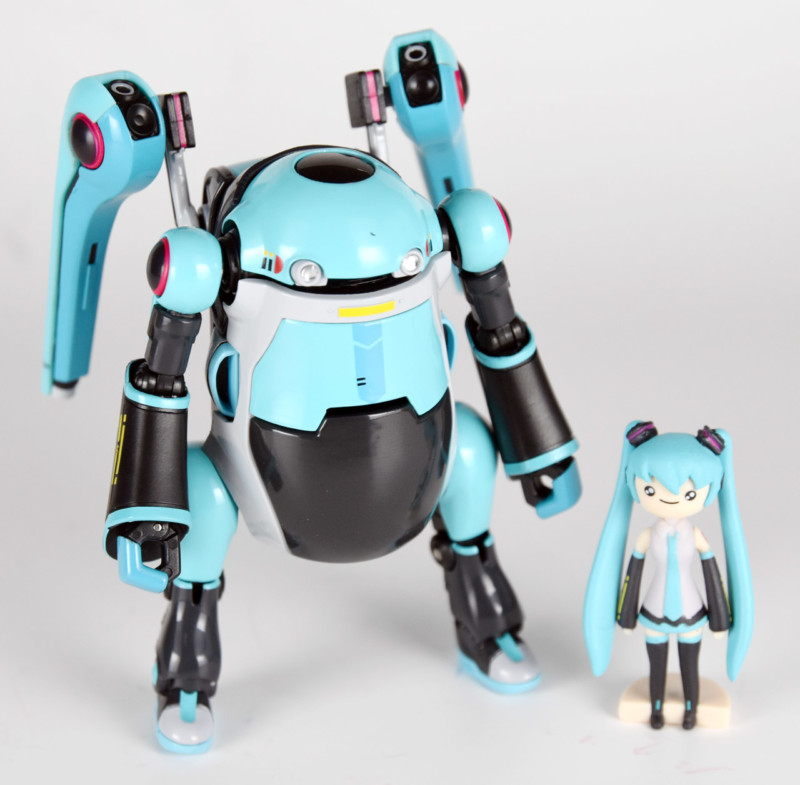 Following the unboxing, here is the review for the Hatsune Miku Mechatro Wego from Sentinel. The design of this toy also includes elements of Adventure Time in terms of the styling and the results are entirely adorable.

The WeGo toys are somewhat of a big deal in Japan and have a cult, though sizable, following. This is because they have all manner of variants available and are quite cute along with it.

This new Hatsune Miku crossover is a bigger departure than most, not least due to the modifications of the basic WeGo design but also the inclusion of Frederator Studios for the styling of Miku herself. 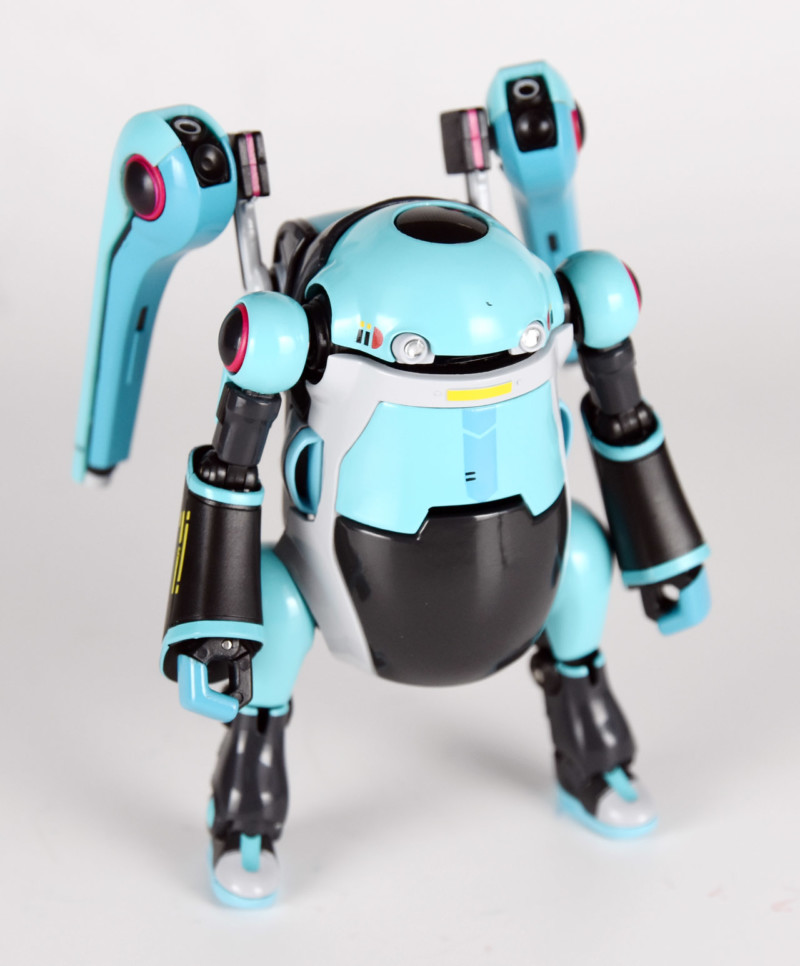 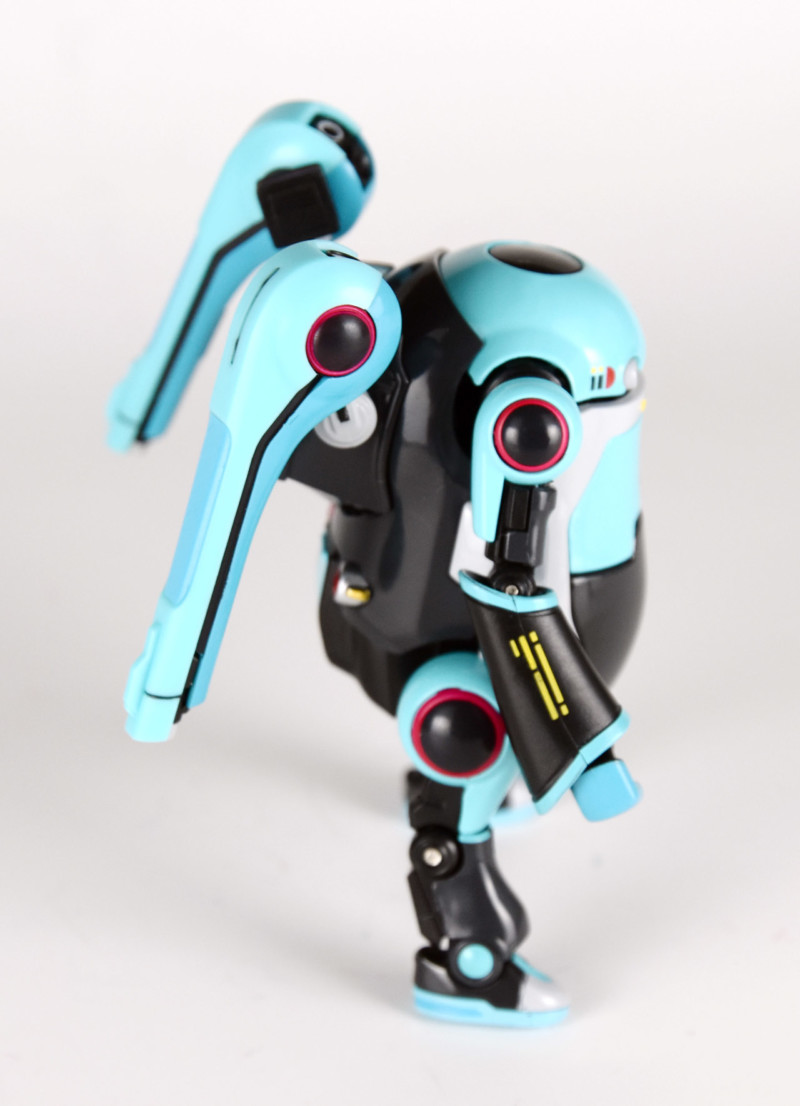 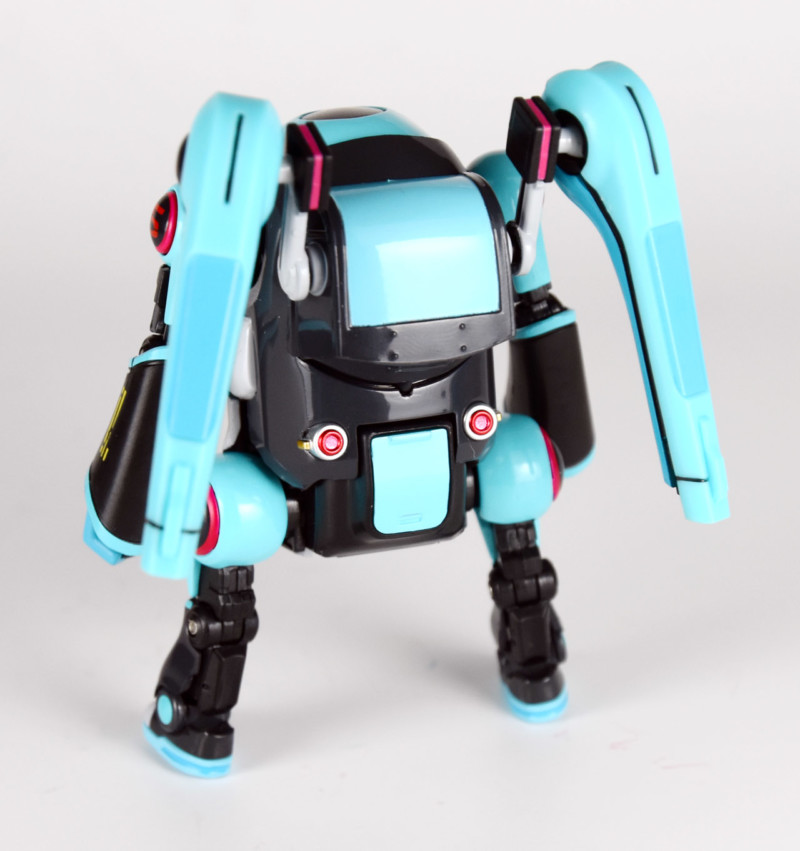 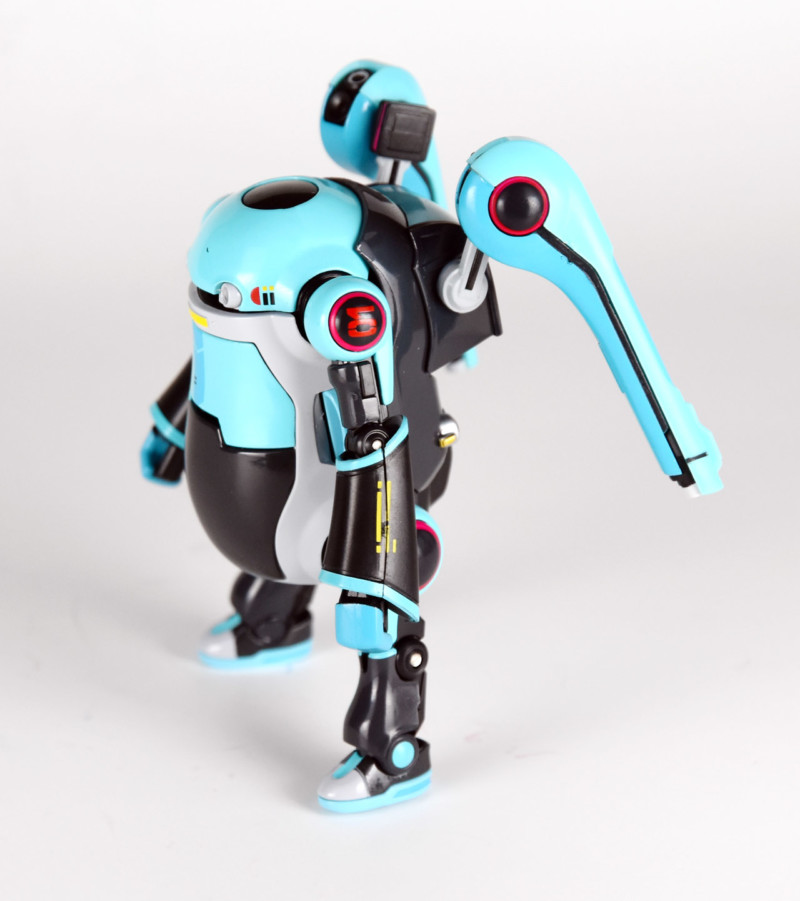 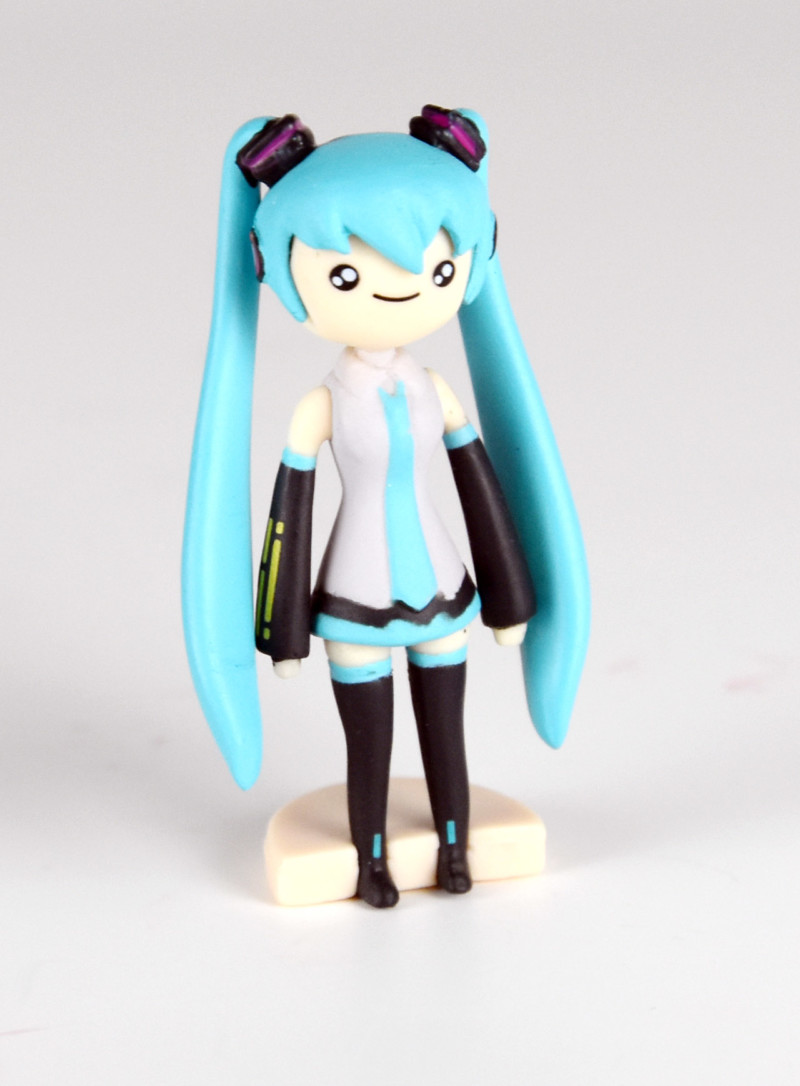 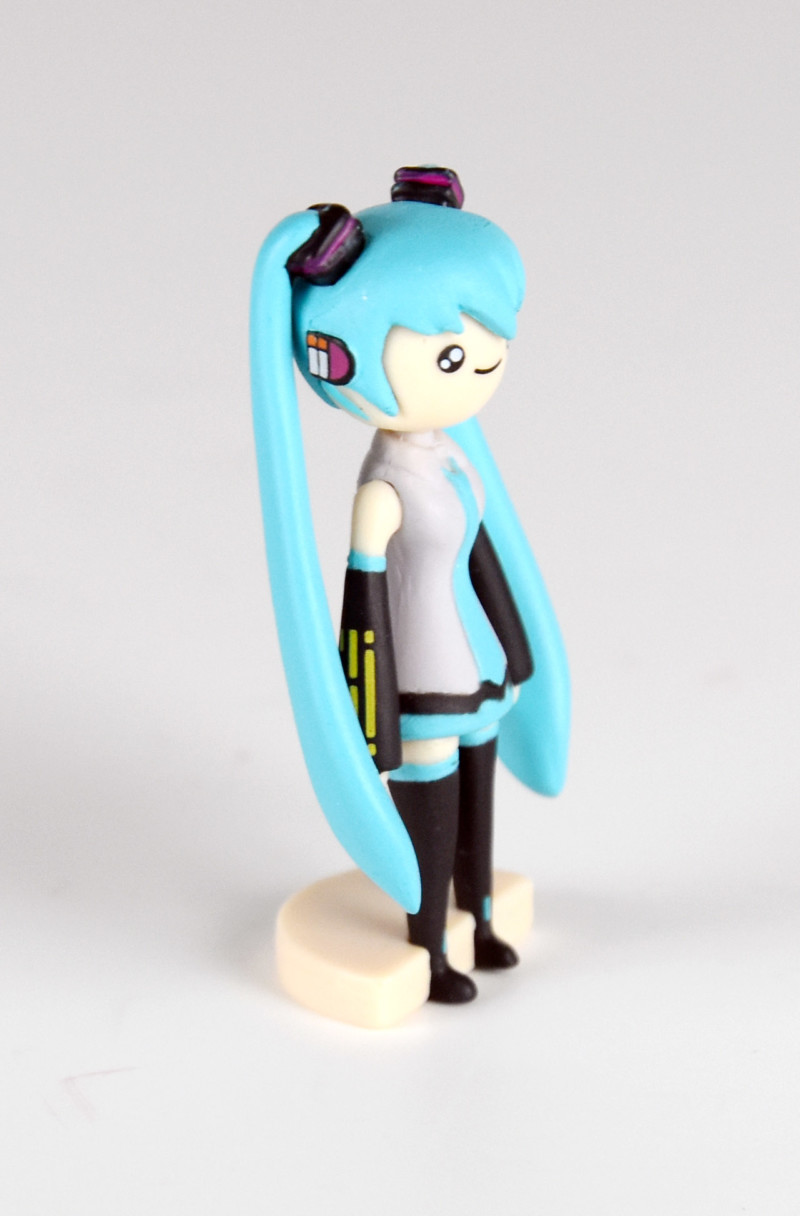 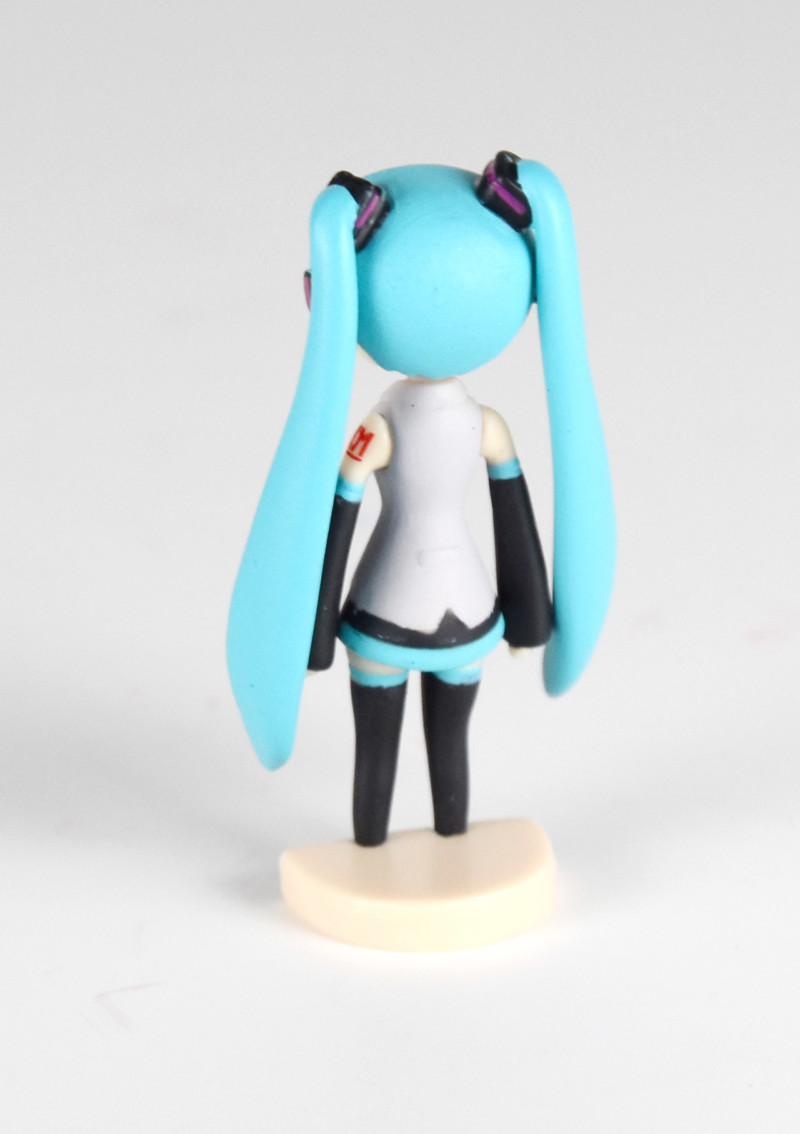 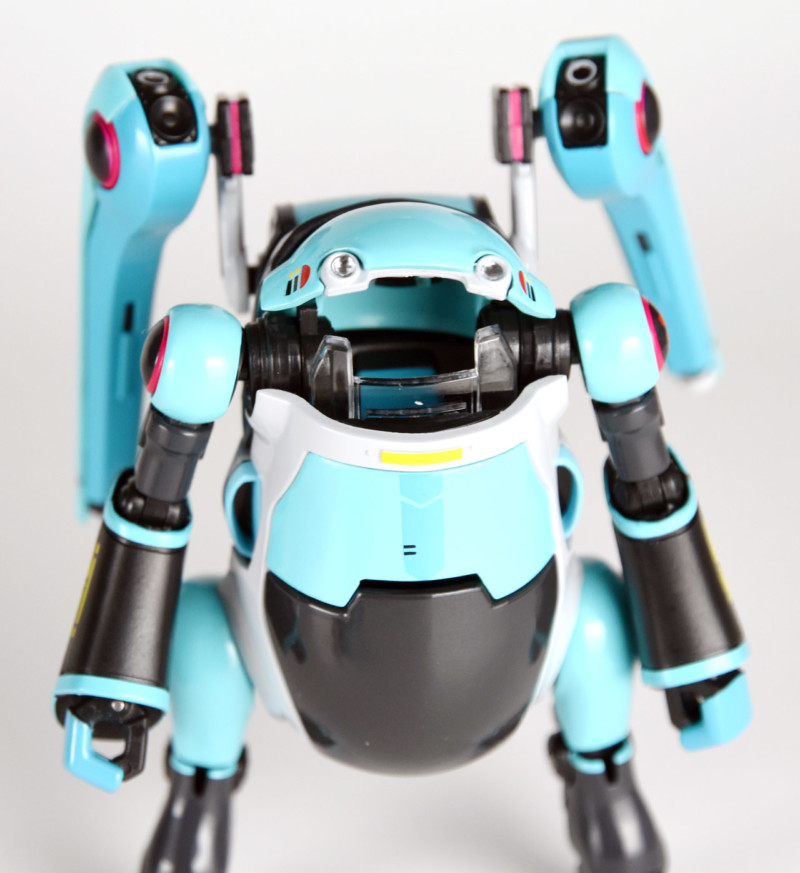 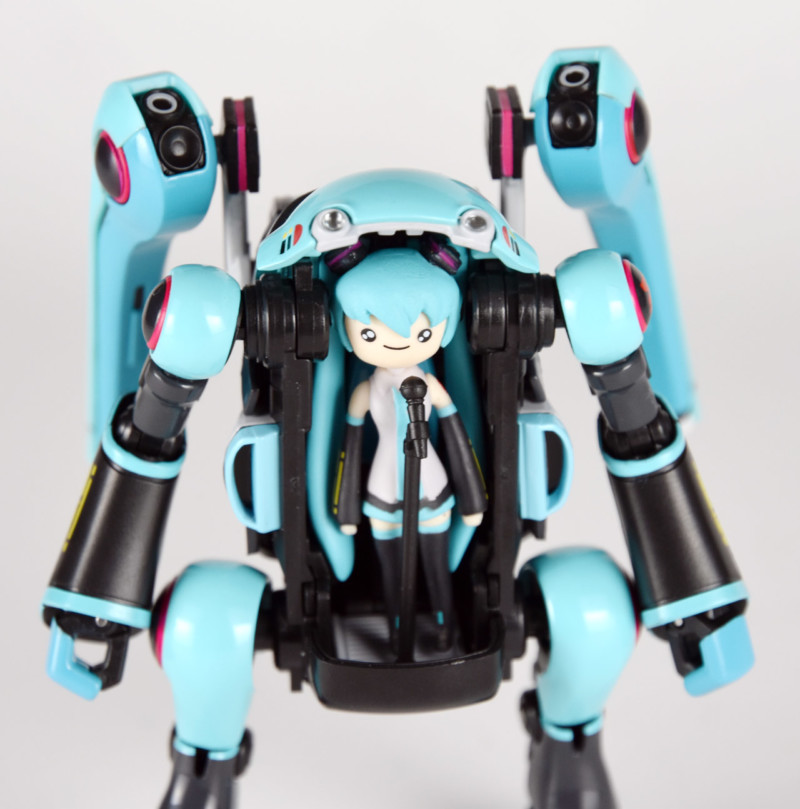 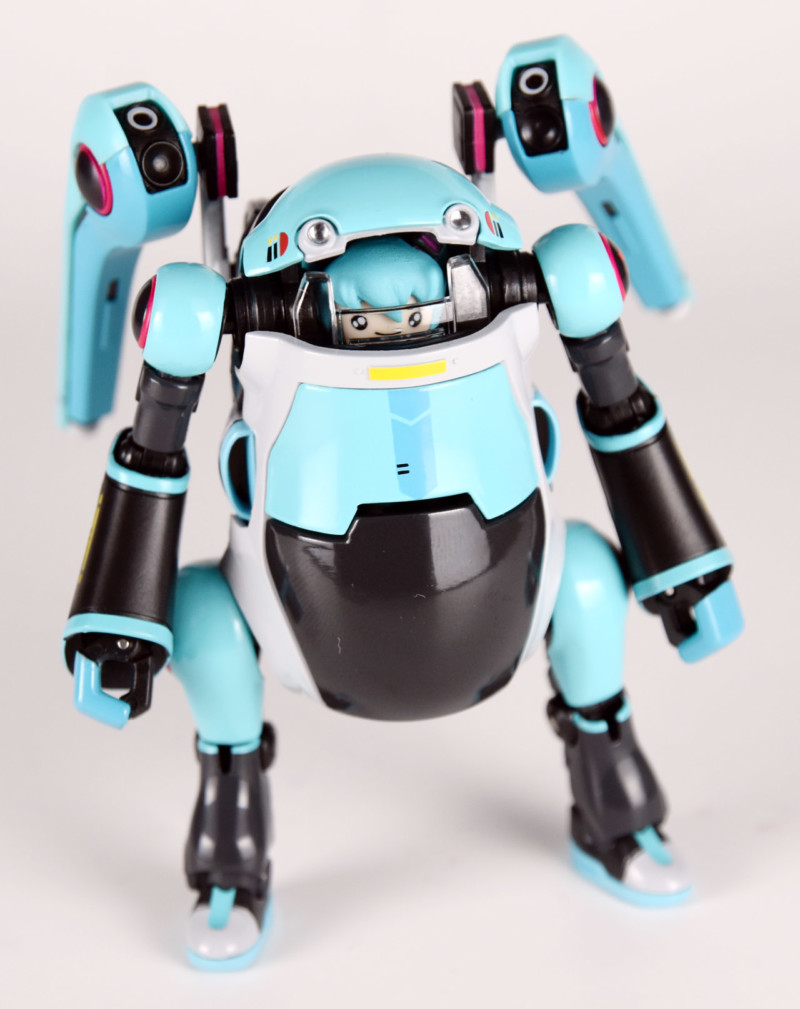 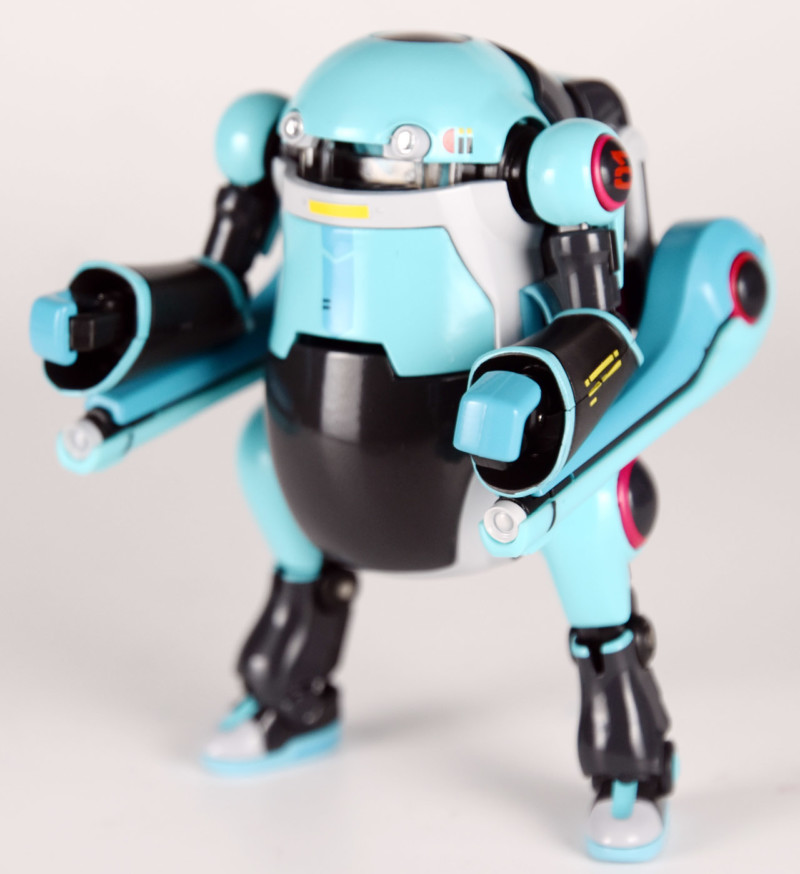 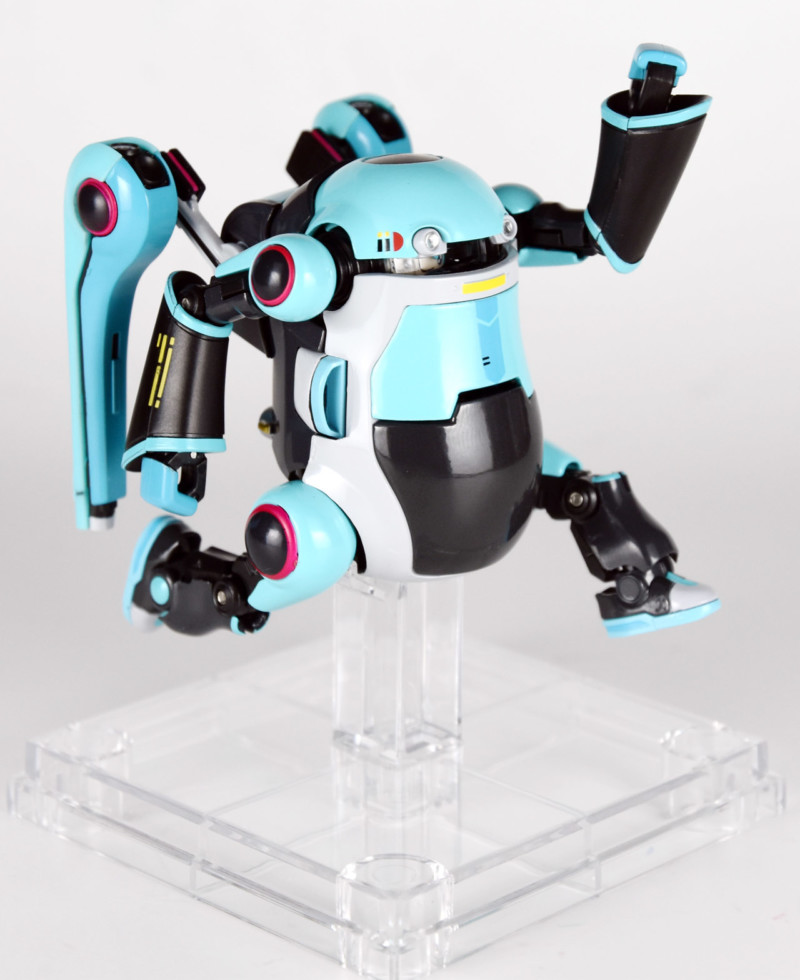 To help give a bit of context here, the WeGo toys are on the whole very simply done. The design itself is sleek and pragmatic, as well as rather cute. This means the overall detailing and sculpt are quite minimal.

This version, bar its color scheme, has more to it than a standard WeGo release, though. Primarily, it includes a Hatsune Miku figure for the cockpit. While her head moves, the rest of the body is fixed and is meant to be placed standing in the WeGo’s cockpit.

The styling of Miku is done along the lines of Adventure Time and is really nice. For me, this alone is worth the price of entry.

The WeGo itself also has modified arms and heads as well as a pair of what appear to be cannons at the rear. I am guessing they are meant to be mechanical equivalents of Miku’s ponytails but they are articulated and operate in a similar way to the VSBR Cannons on the Gundam F91.

The articulation, despite the toy’s simplicity, is also very comprehensive and can enact a range of fun movements. The supplied stand also helps to allow you to pose the WeGo in a variety of fun ways (as you can see above).

The only minor niggles I came across is that the forearm parts had a habit of popping off, as did the canons at the rear when I tried to pose them. These were not major issues though, as you can reattach the parts easily.

Overall, this is a lovely little toy which is great fun to play with and looks thoroughly adorable. So if you are a fan of Hatsune Miku or Adventure time, then this cute little mecha will very likely win over your heart.