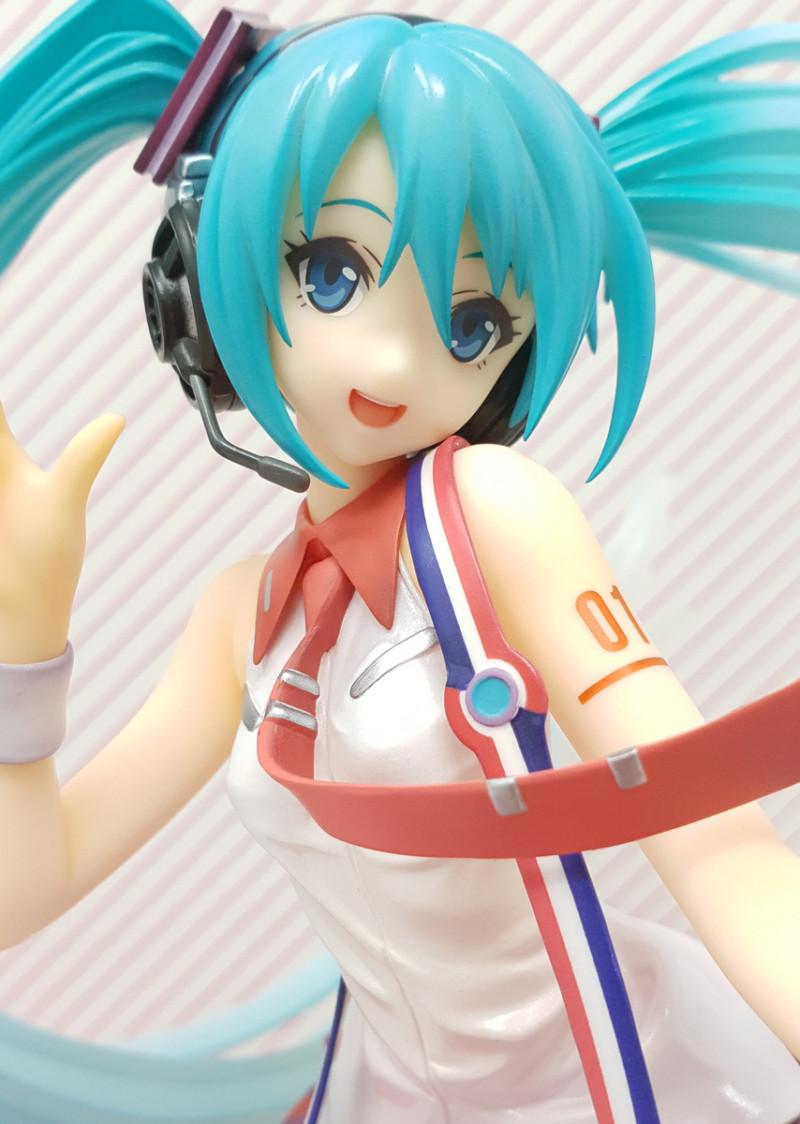 Today we are taking a look at Miku Hatsune Greatest Idol Ver. by Good Smile Company, 1/8 scale figure released quite some time ago, in 2016. Miku comes in a pretty normal box from which the figure is partly visible and needs assembly. This should be a painless task because Good Smile Company provides easy to follow instructions, but which for me resulted in a good, annoying 10 minutes of trying to figure out how to put Miku’s twin tails in place.

Basically, you have to put Miku’s guitar on the figure before putting the rather big twin tails in place, but her hairstyle may have some mold problems as the twin tails are very, very hard to put in place. I was worried I would break something if I pushed too much, but I had to push more than usual or the hair wouldn’t stay in place; in the end I summoned all my luck and put the things in place with more strength I normally use on figures. 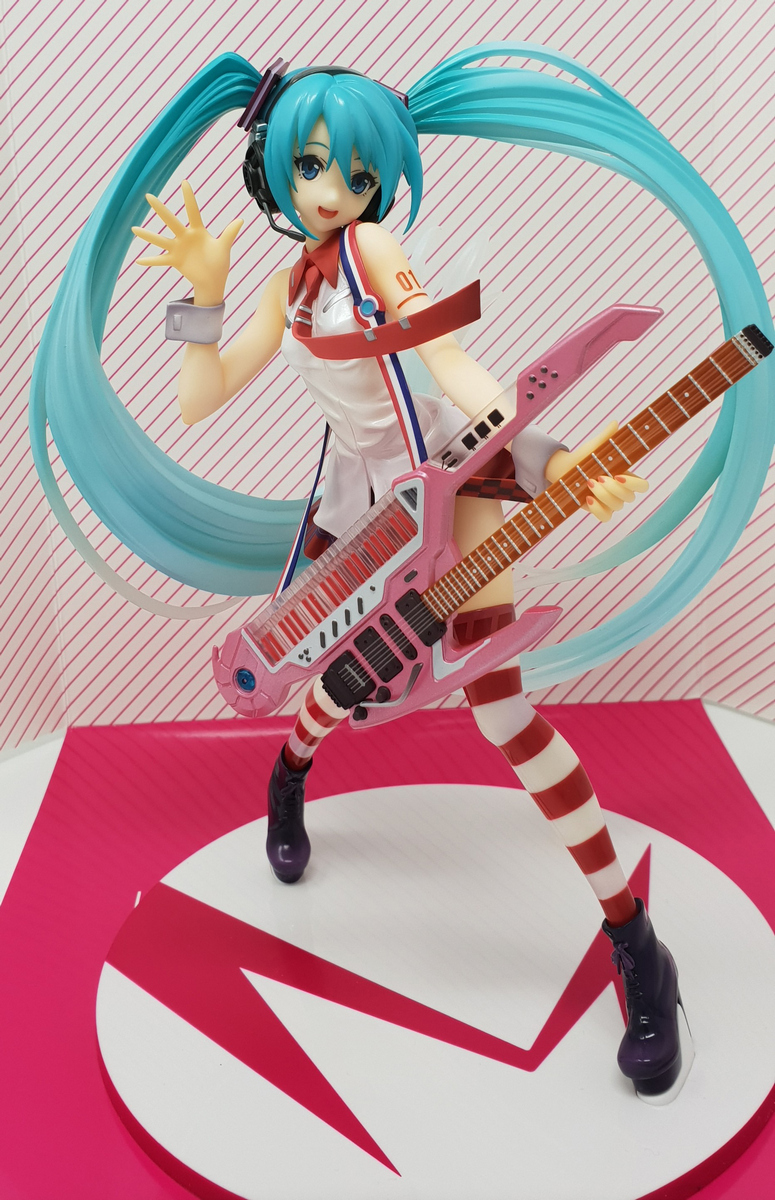 To my surprise, I didn’t break a thing, but one of the twin tails still isn’t perfectly in place. I decided I will let it be as it doesn’t fall off (yet!), but I would have appreciated if the guys at Good Smile would have given some more attention to this, especially considering that the distinctive trait of Miku is her hairstyle. 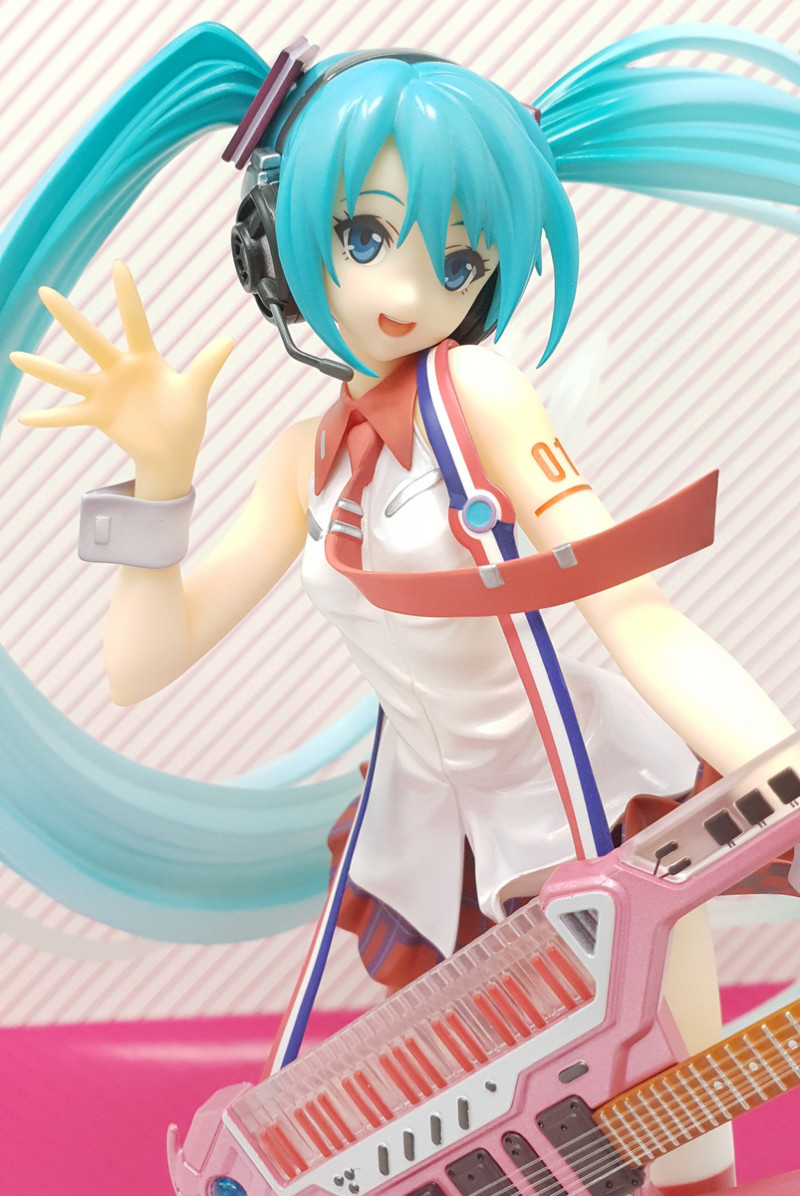 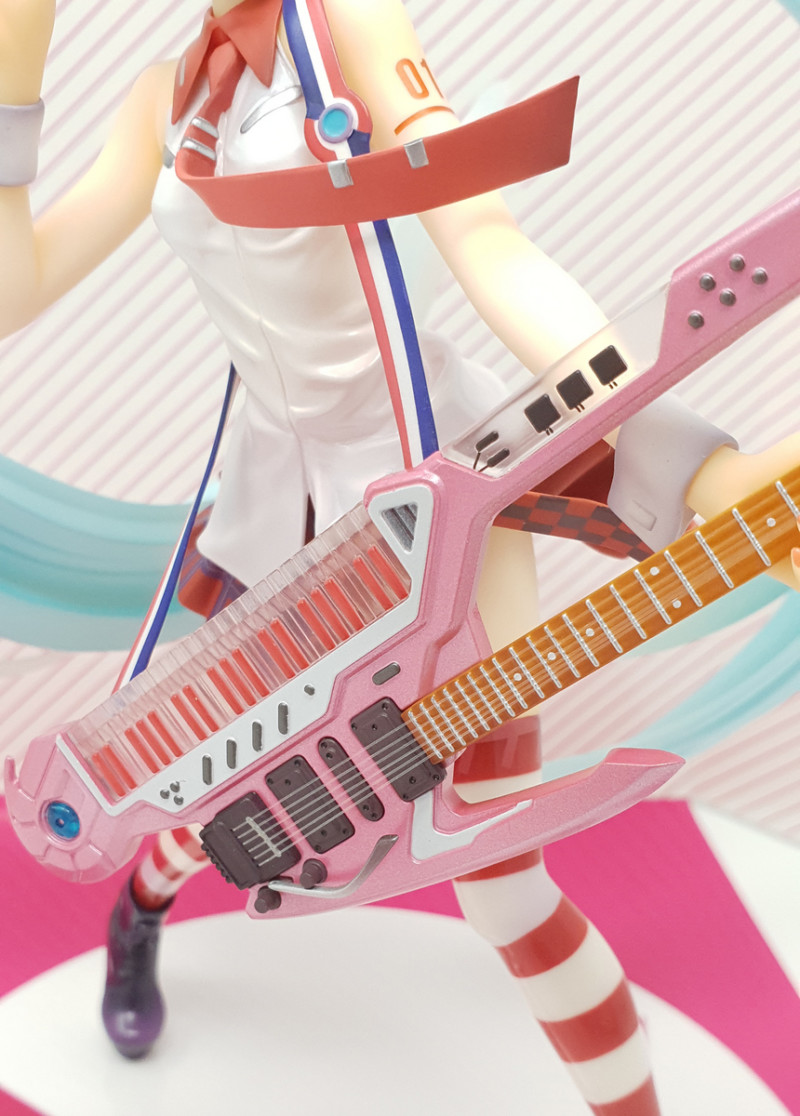 Well, twin tails aside, the figure just needs to go to her base after her hair and guitar are in place, and Miku is ready for display. The guitar strings could potentially leave some stains on Miku’s skin when placed on her shoulder, so pay extra attention not to rub the pieces together if possible. If this does happen to you, a pencil eraser would definitely fix the stains. 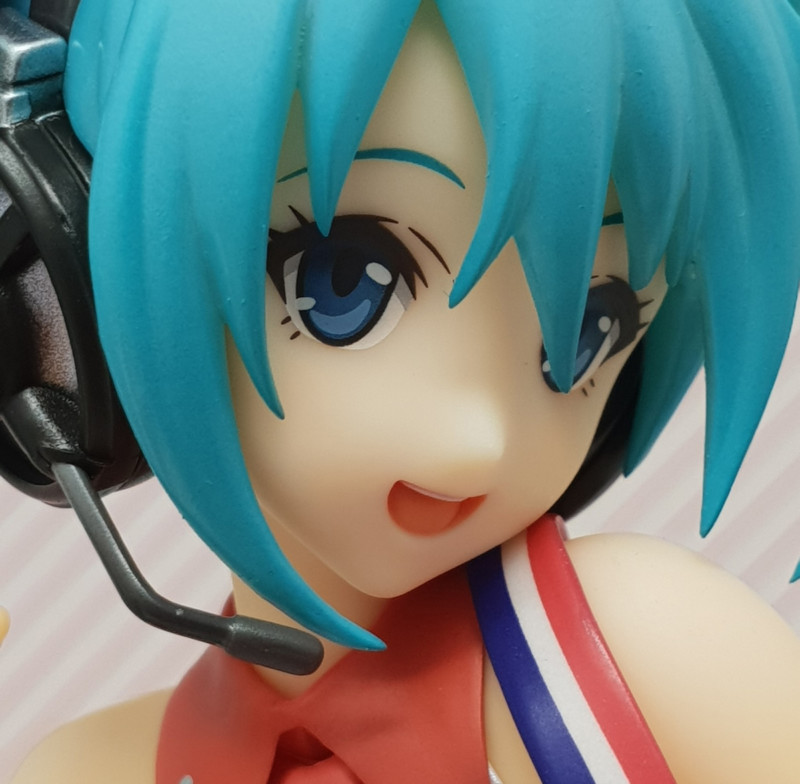 This is a figure I considered plain and not really worth the purchase when it was announced, and I’m pleased I was able to change my mind once I had her in my hands. Though simple, this Miku figure is somehow able to get all my attention when taking a look at my quite crowed Miku shelf. She’s cheerful and it makes me just happy to look at her. 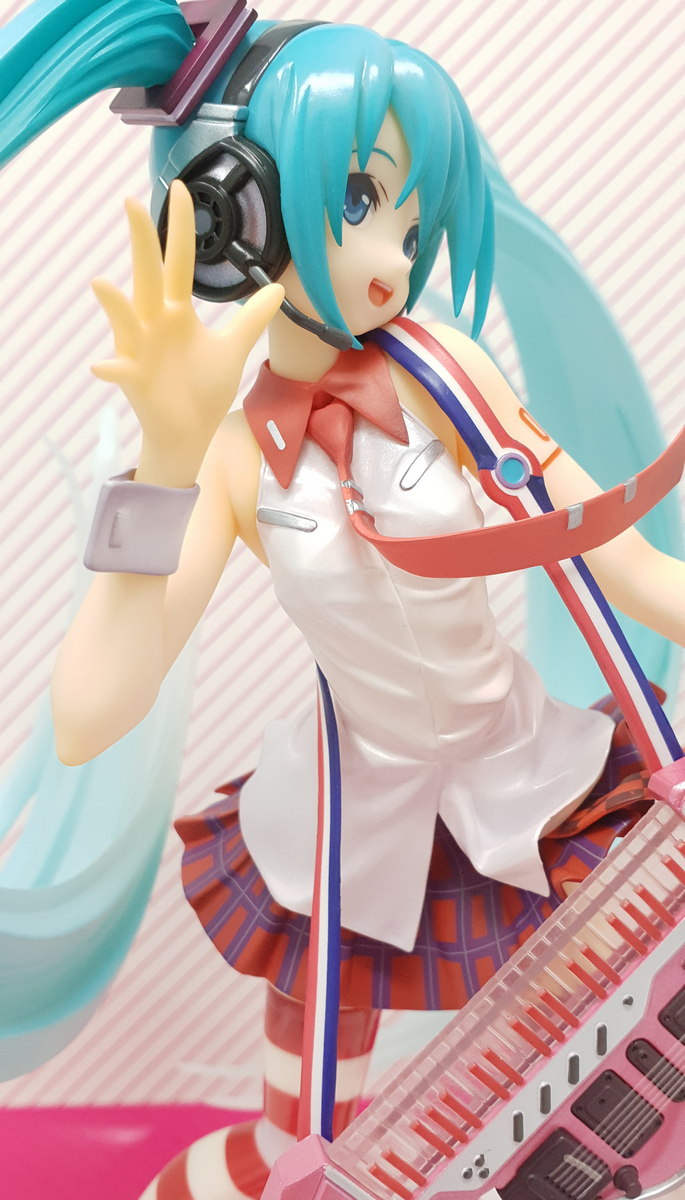 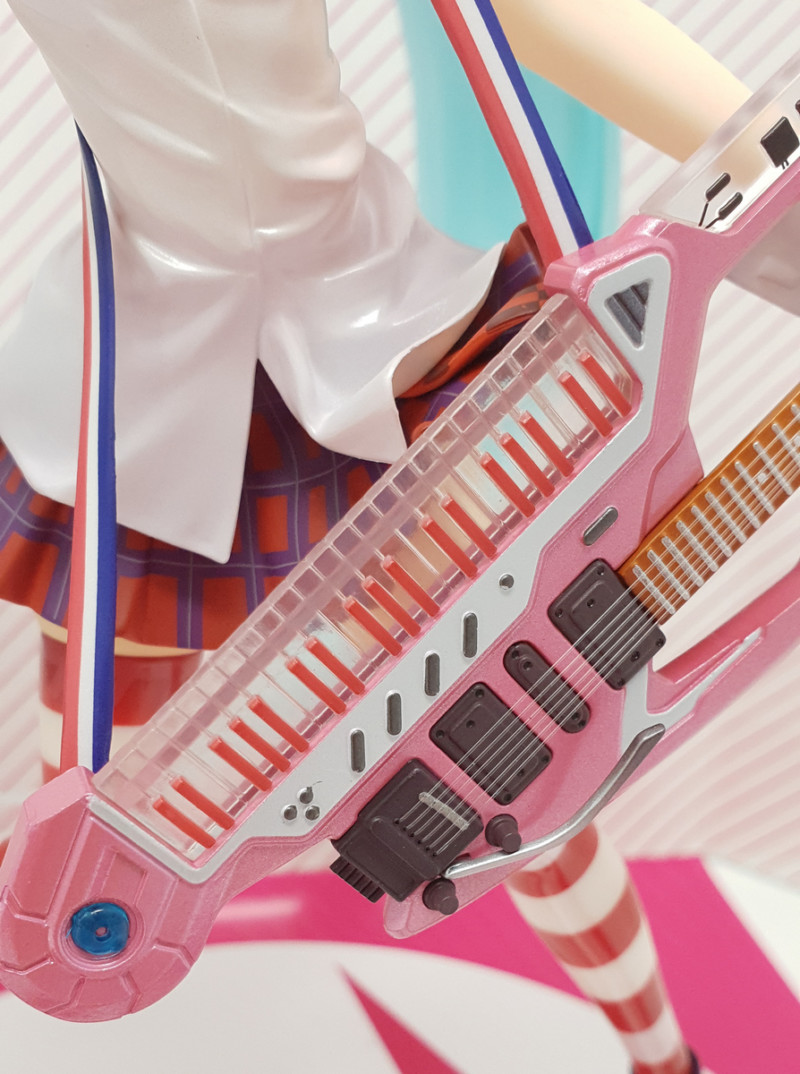 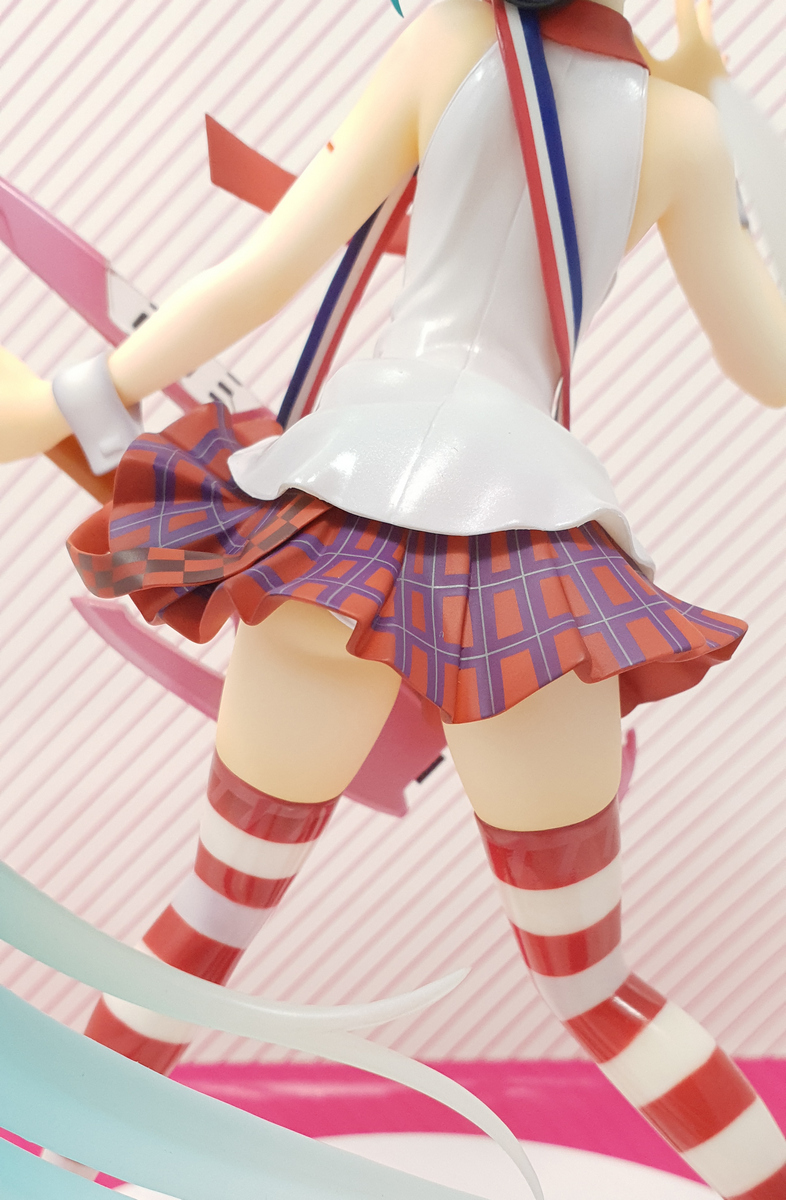 Speaking of quality, and overlooking the issue with the twin tails, I can be satisfied with this figure. Miku here is lovely and well done, in paint work and sculpt, and I can’t complain about her quality. I like how the details have been sculpted and painted, and I also like the overall look of this figure. 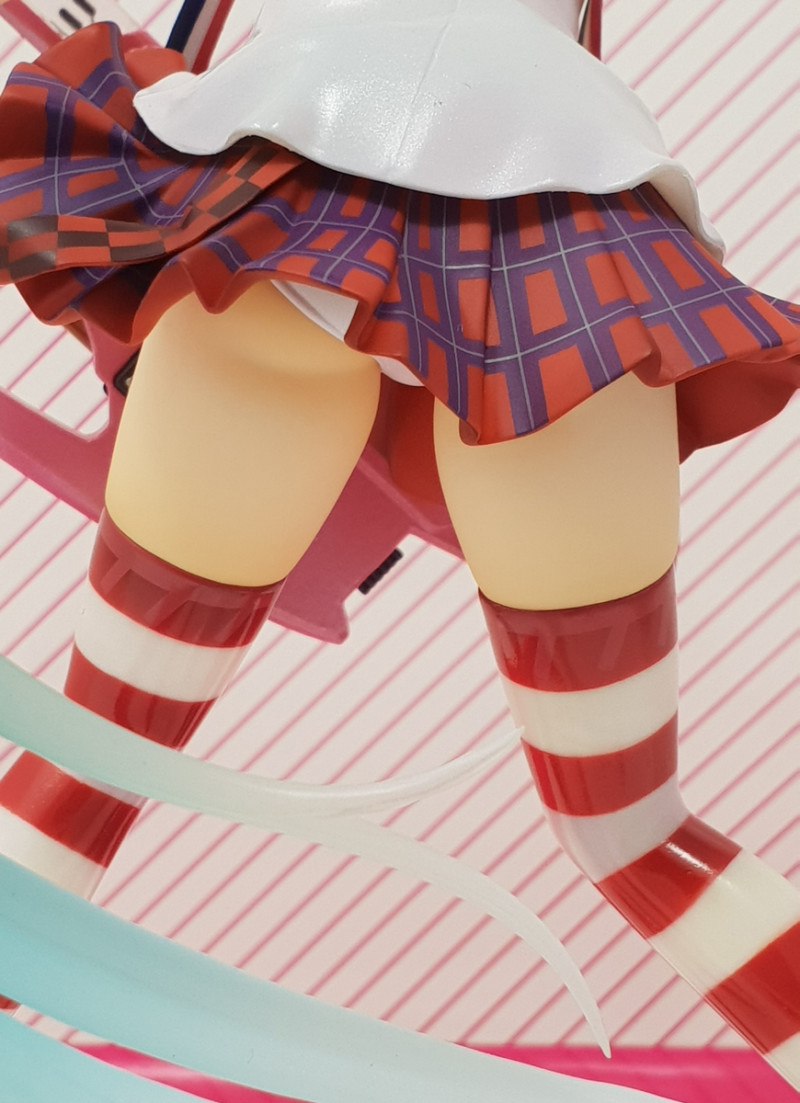 I’m very pleased with Miku’s guitar, which has real strings which actually get pressed by Miku’s hand on its neck, so that the whole thing seems actually real. I also like the texture this figure has. It’s hard to explain it in words, but Miku Greatest Idol feels very different from other figures I have when handled. The skin is smooth, some other parts — like the clothes — are more on the glossy side but they actually aren’t painfully shiny. I think that Good Smile did a great job with mixing different finishes and materials with this figure. 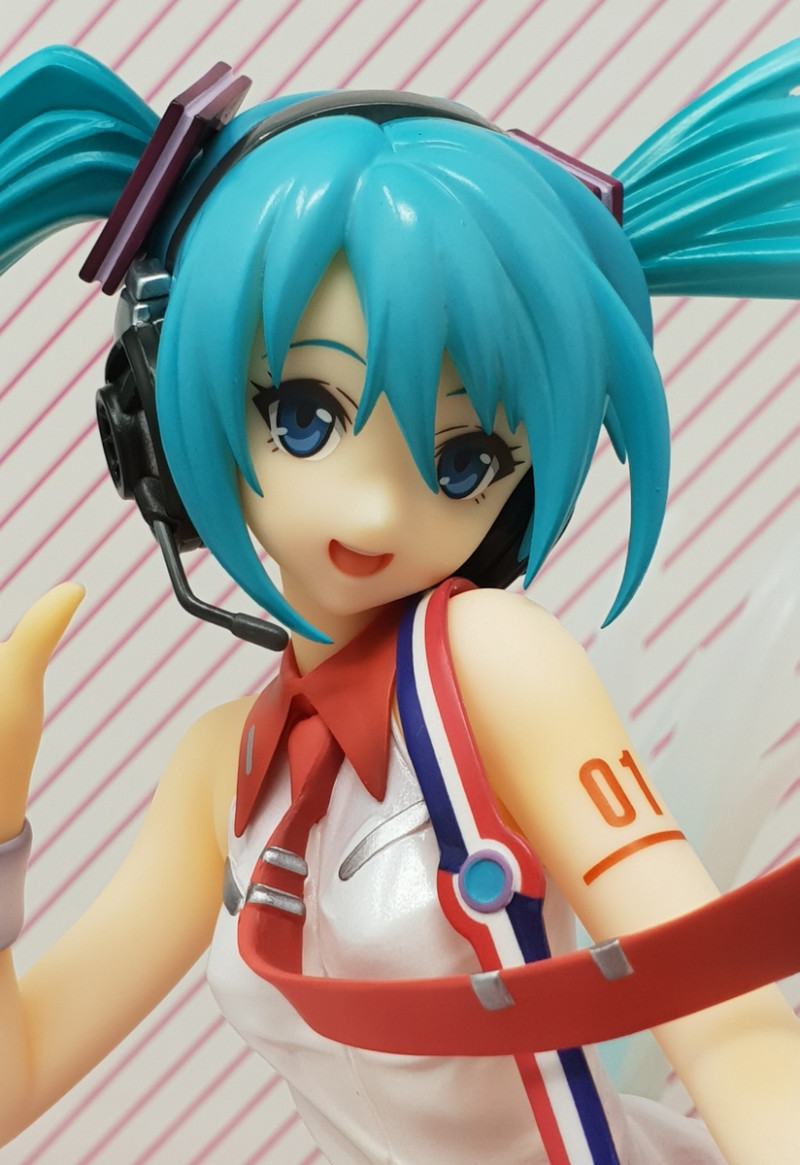 In conclusion, I’m pretty content with this Miku figure as it is pleasing to look at and also a quality item. I’m very, very happy she has joined my endless Miku collection!