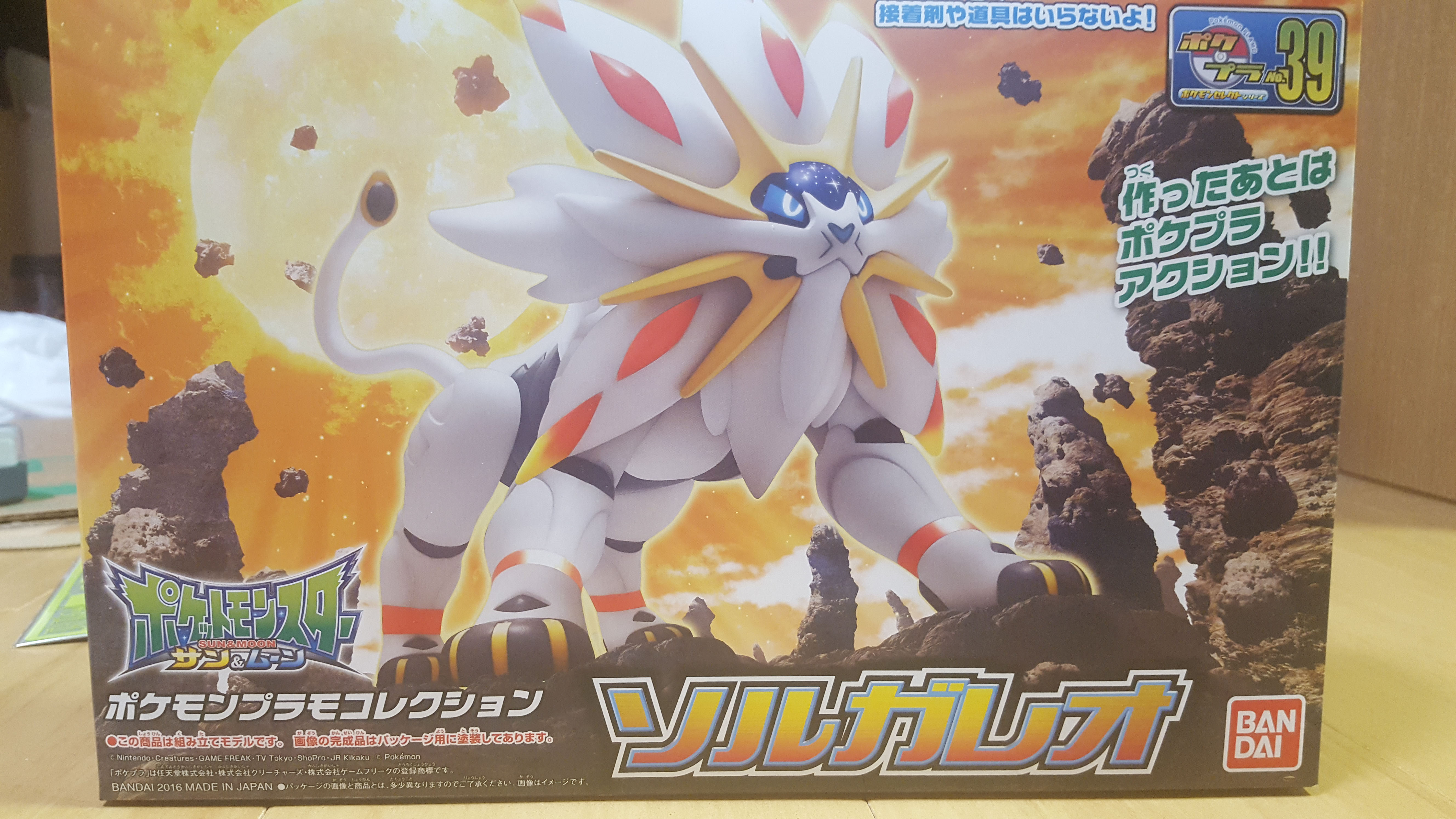 Being in the target demographic when Pokemon Red & Blue first hit the US (yes, this dates me), I’ve played a lot of Pokemon in my day. Unfortunately, I more or less dropped off before Sun & Moon, so Solgaleo is a new beast to me. But a pretty cool-looking one, if I do say so myself.

This Pokemon plamo kit is #39 in Bandai’s lineup and came out in 2016, so it’s not a very old kit. I’m excited to crack it open to see if the molding or excessive sticker use has improved at all for this kit! 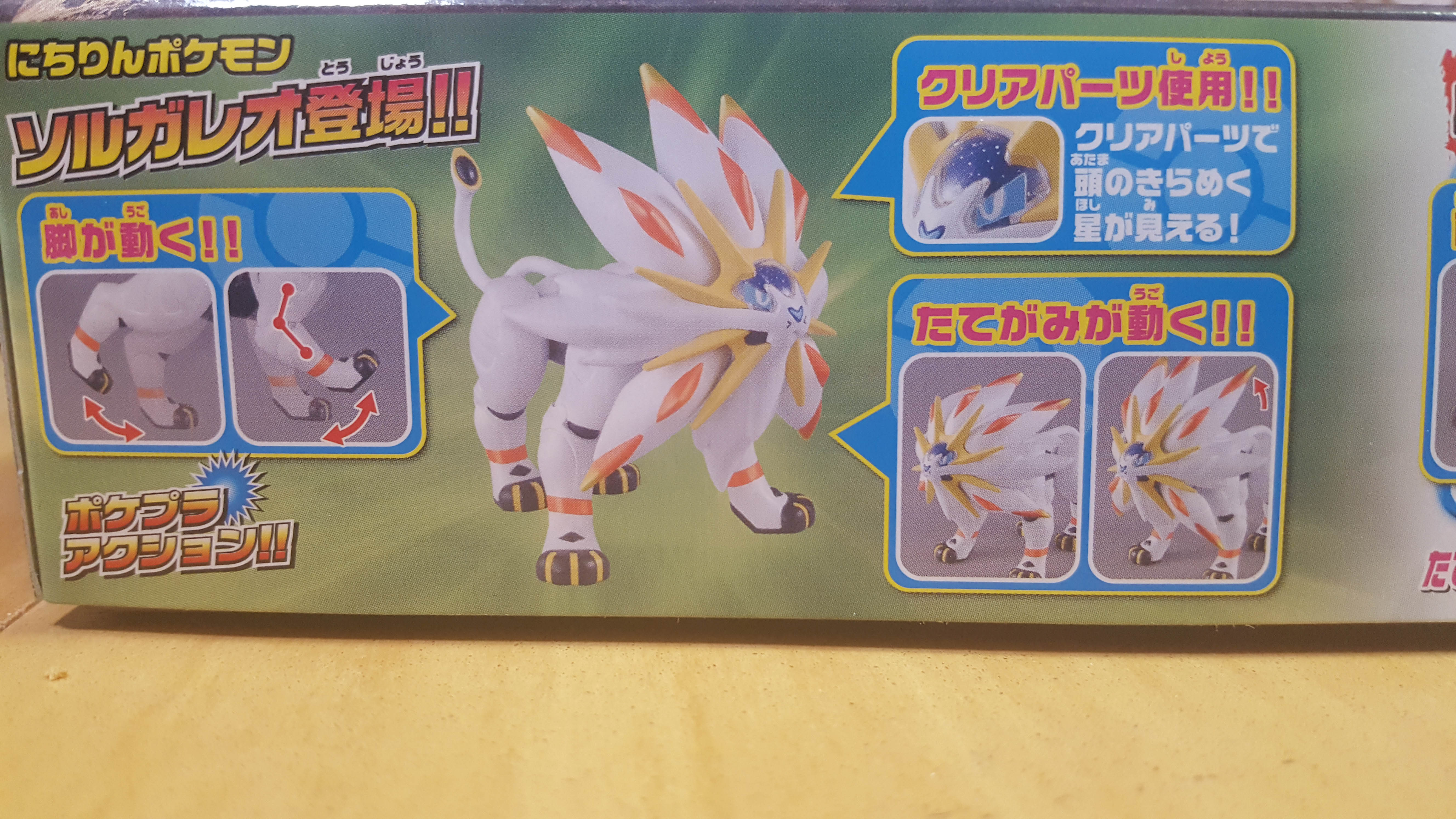 Here are Solgaleo’s gimmicks; upon completion it has some reasonable articulation that you may expect from a toy. Its legs move, and so does its… mane. Well that’s new (and neat)!

There’s also a blurb here to point out that there’s a clear part for its head so you can see it’s “sparkling head stars.” You’ve got my attention… 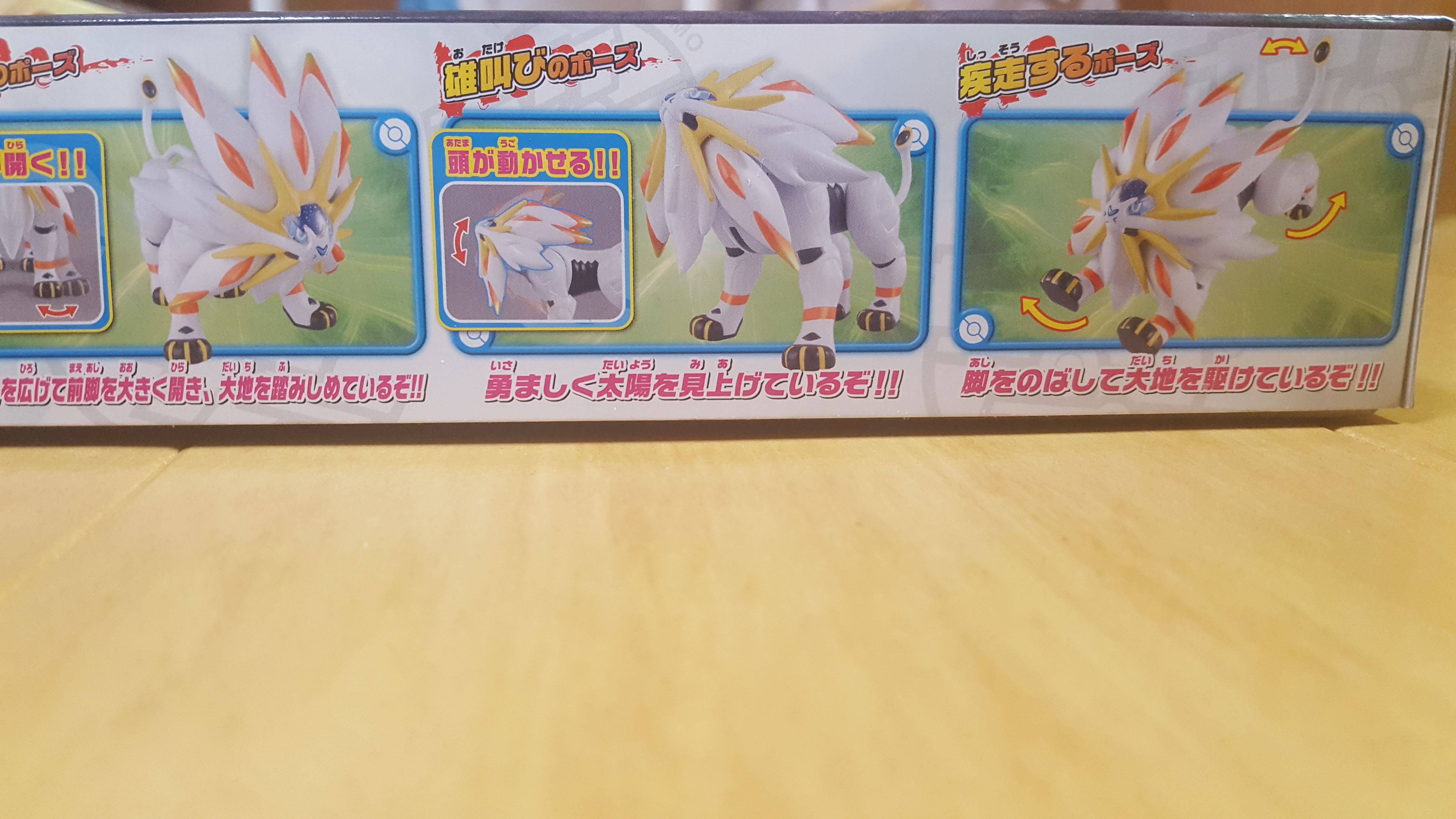 It looks like we’ve got a little more dynamic action in this kit; its feet can pivot (at least that’s what it looks like), head can move up and down, and you can position its legs into a running pose. Oh, and the tail moves, of course! 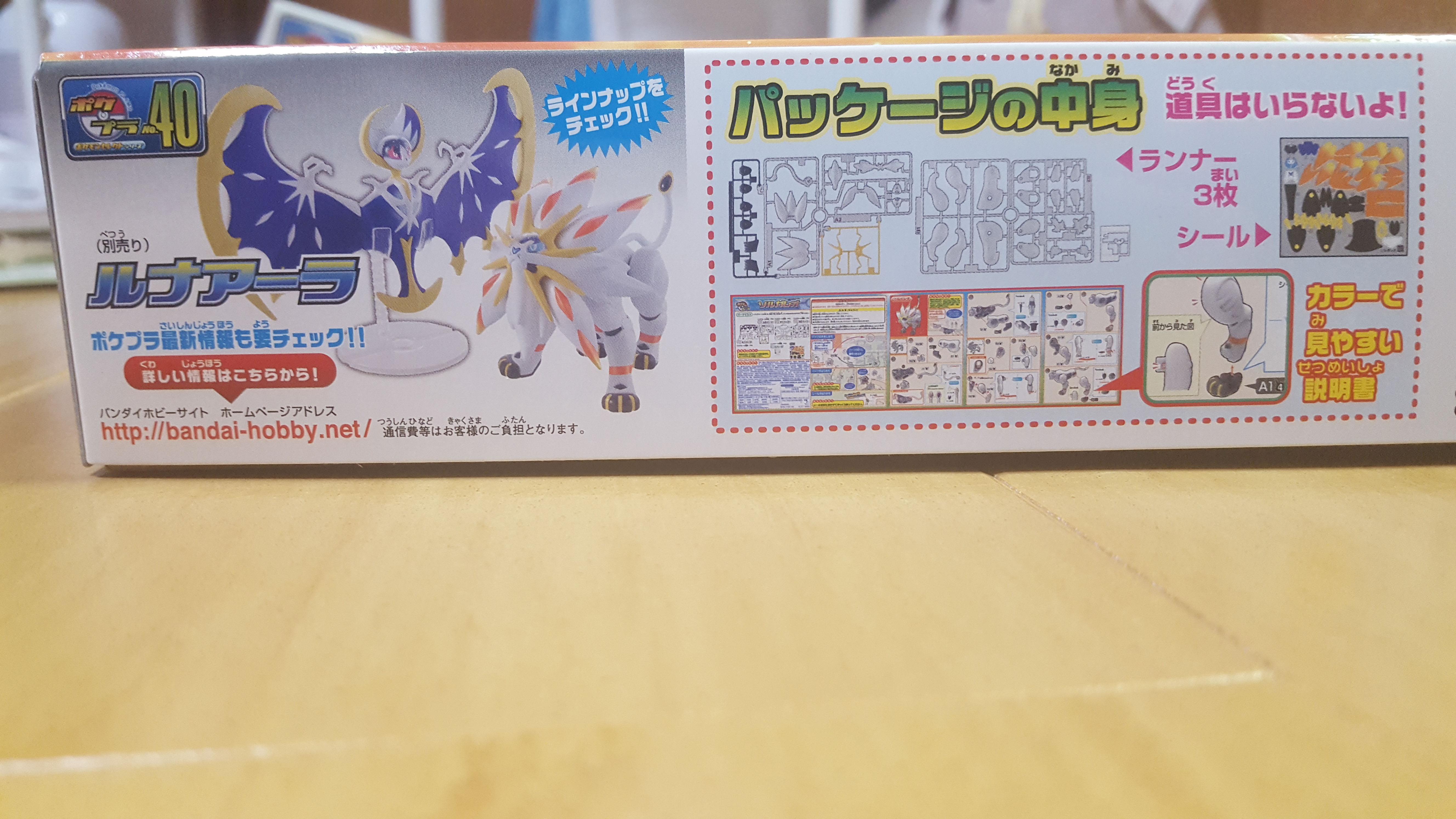 Finally, here’s an ad for more of the lineup, as well as a listing of all the runners. To be honest… I was expecting more runners, and I’m really curious to see how this thing builds! 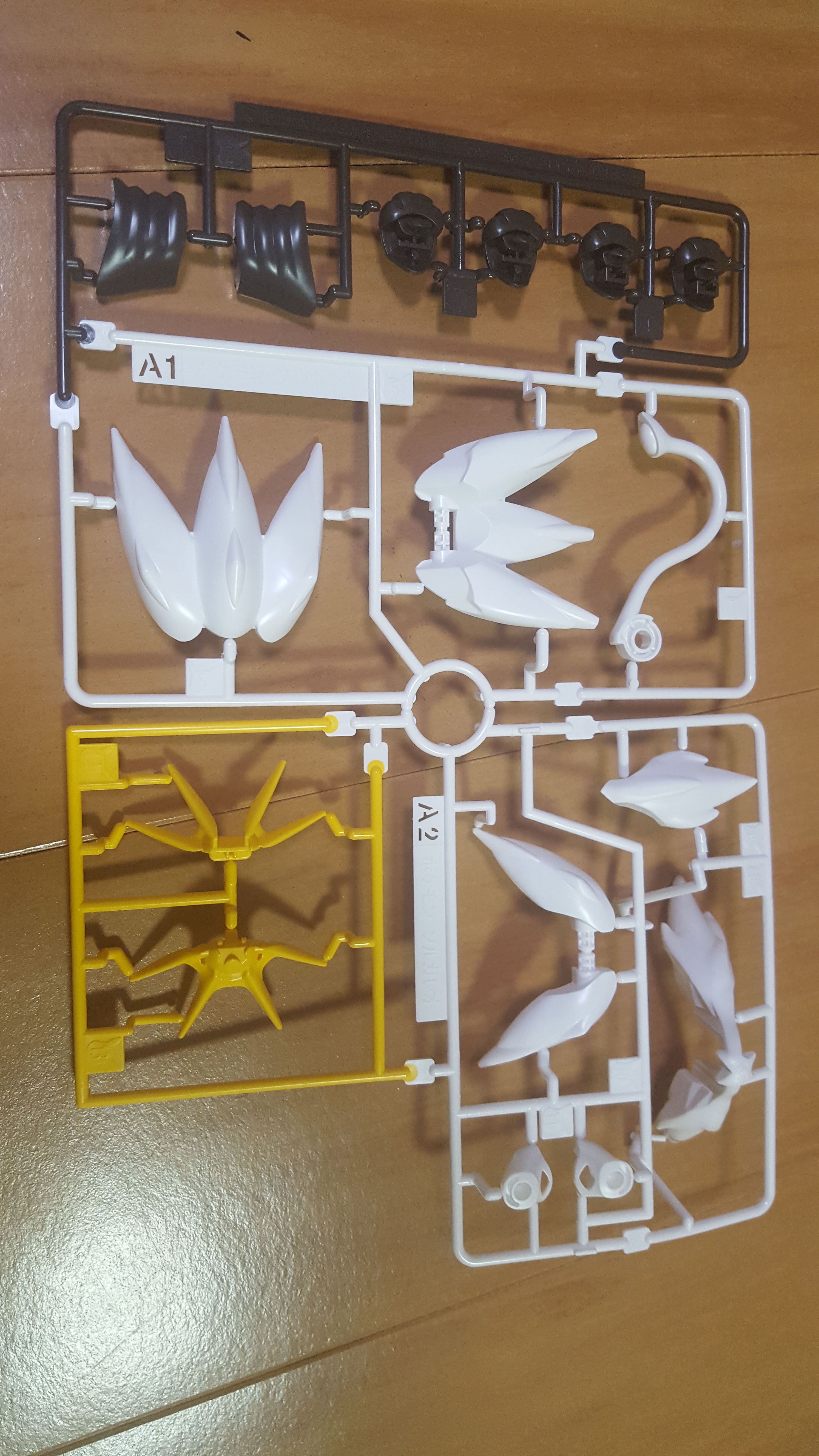 A1 and A2 are connected, and have mostly white parts with yellow and black tacked on. 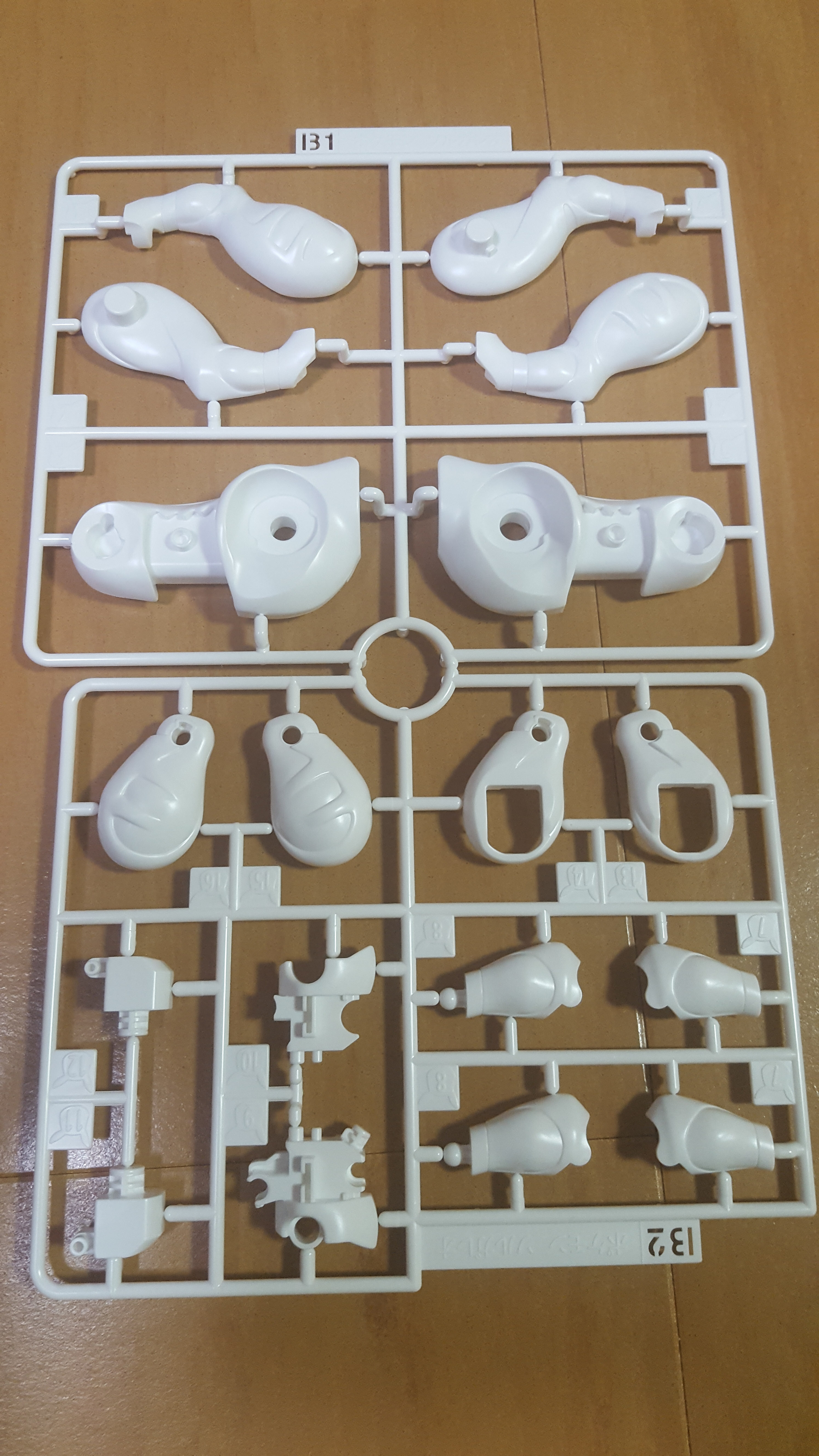 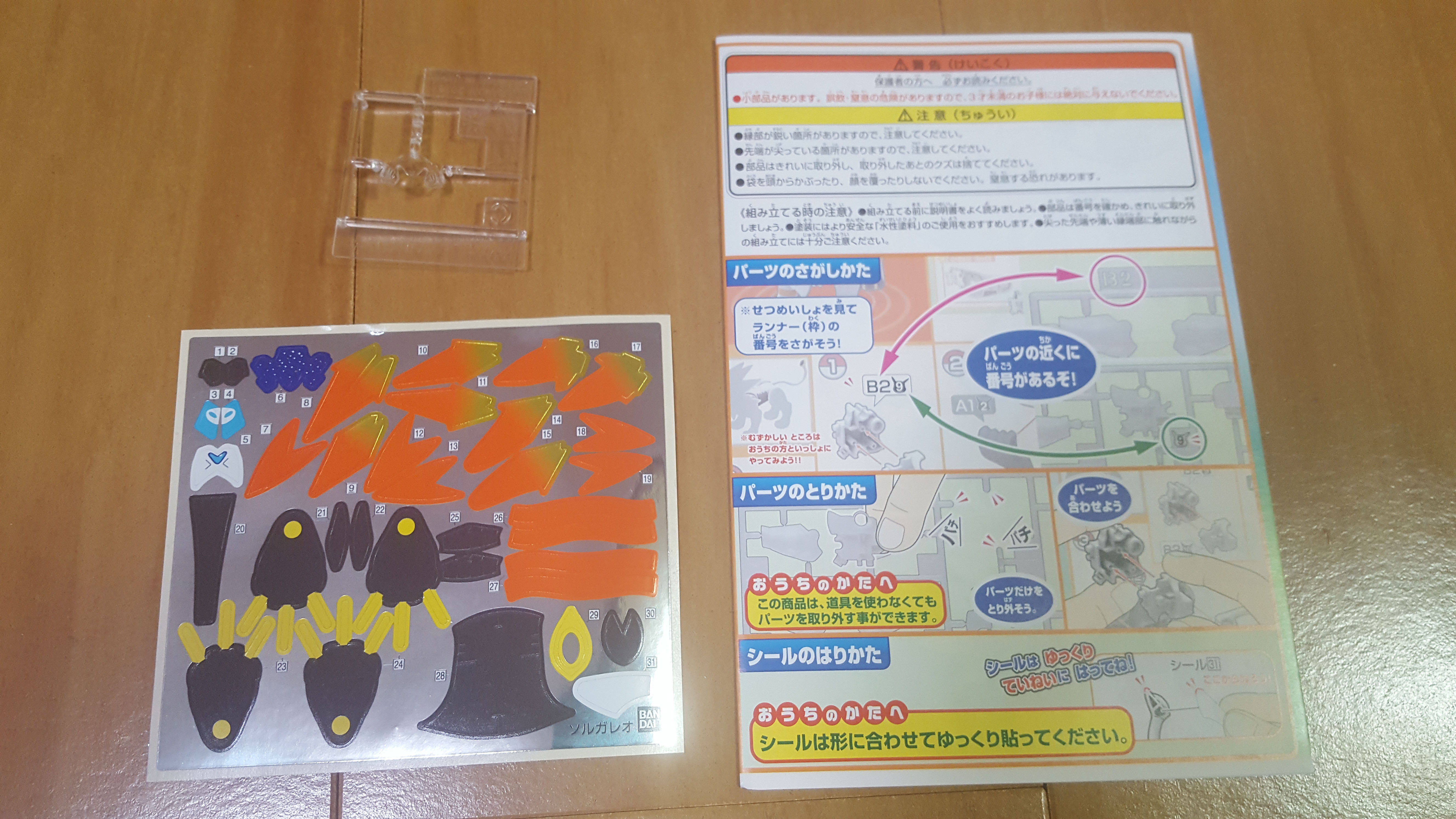 ….and that’s it, aside from that clear part we read about, the stickers, and the manual. I’m disappointed to see that there are no red/orange parts and that those details on the mane are done with stickers, but we’ll see how it goes.

If you want to take this kit on for yourself, you can pick it up here:
– Pokemon Pokepura #39 Select Series Solgaleo