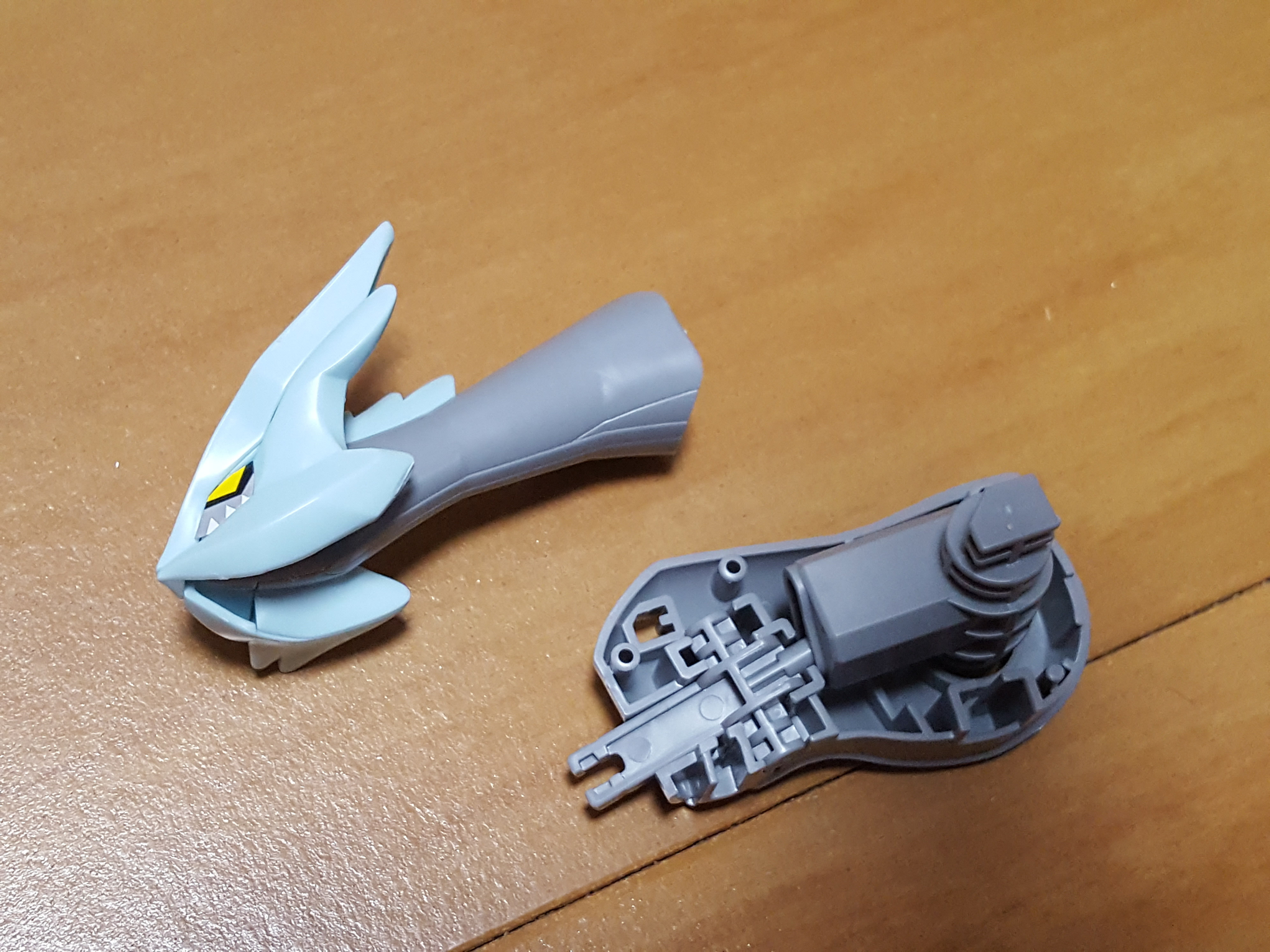 It looks like I missed the photo of the first section of instructions, so we’re starting the Kyurem build with this photo of the completed first page! It builds the head and part of the torso, including the gimmick you can see inside that’s going to control some movement.

The eye stickers have been applied — the only stickers I ended up using on this kit. 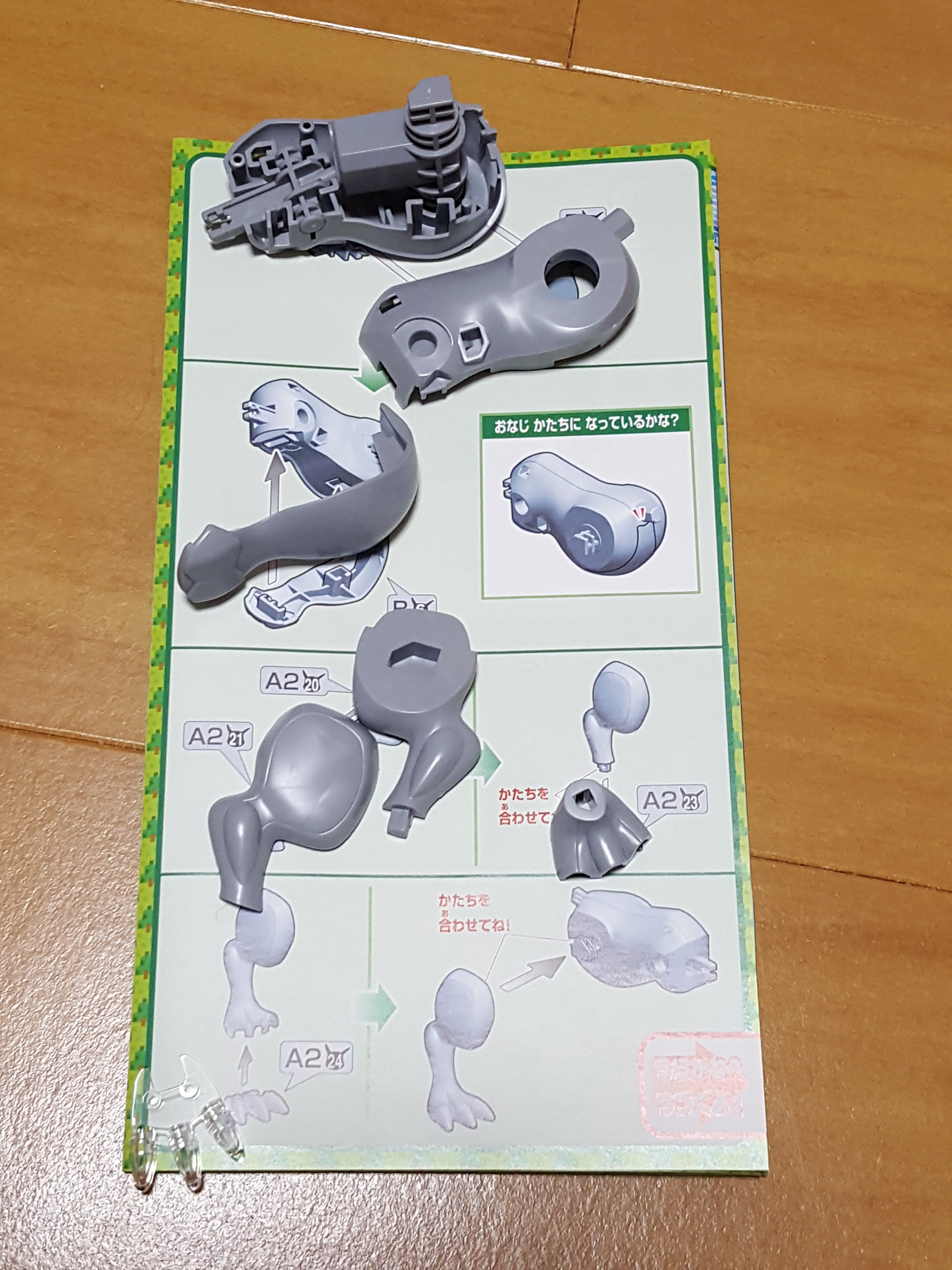 Next, we’re finishing up the torso and getting a start on the legs. 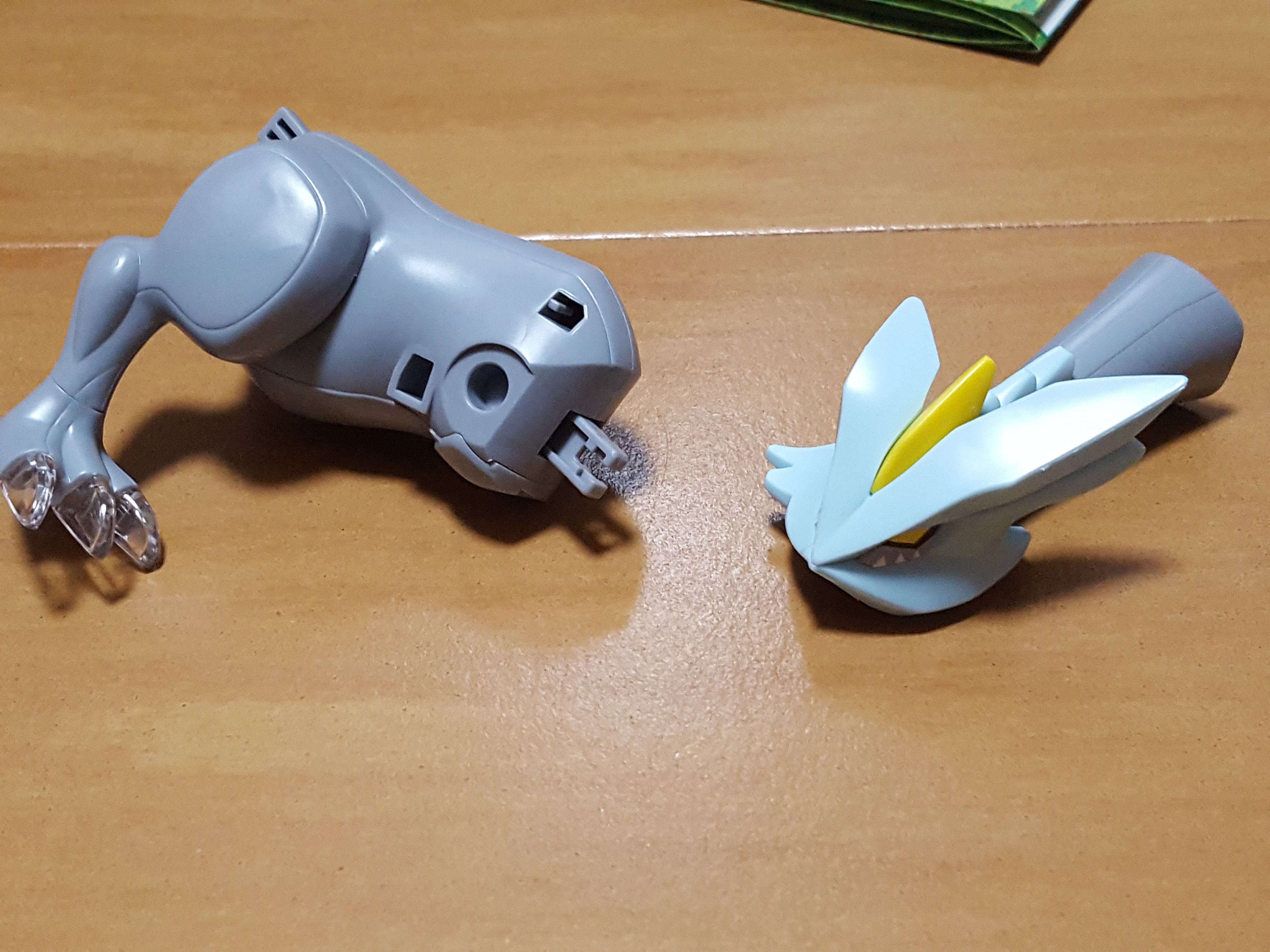 Beautiful. I really like the clear toes. The way they separated the parts here makes it so that only the claws are clear. I don’t see a lot of clear plastic being used in Pokemon kits, so this is a nice touch!

Next, we’re getting more of the body together and starting on the… wings? 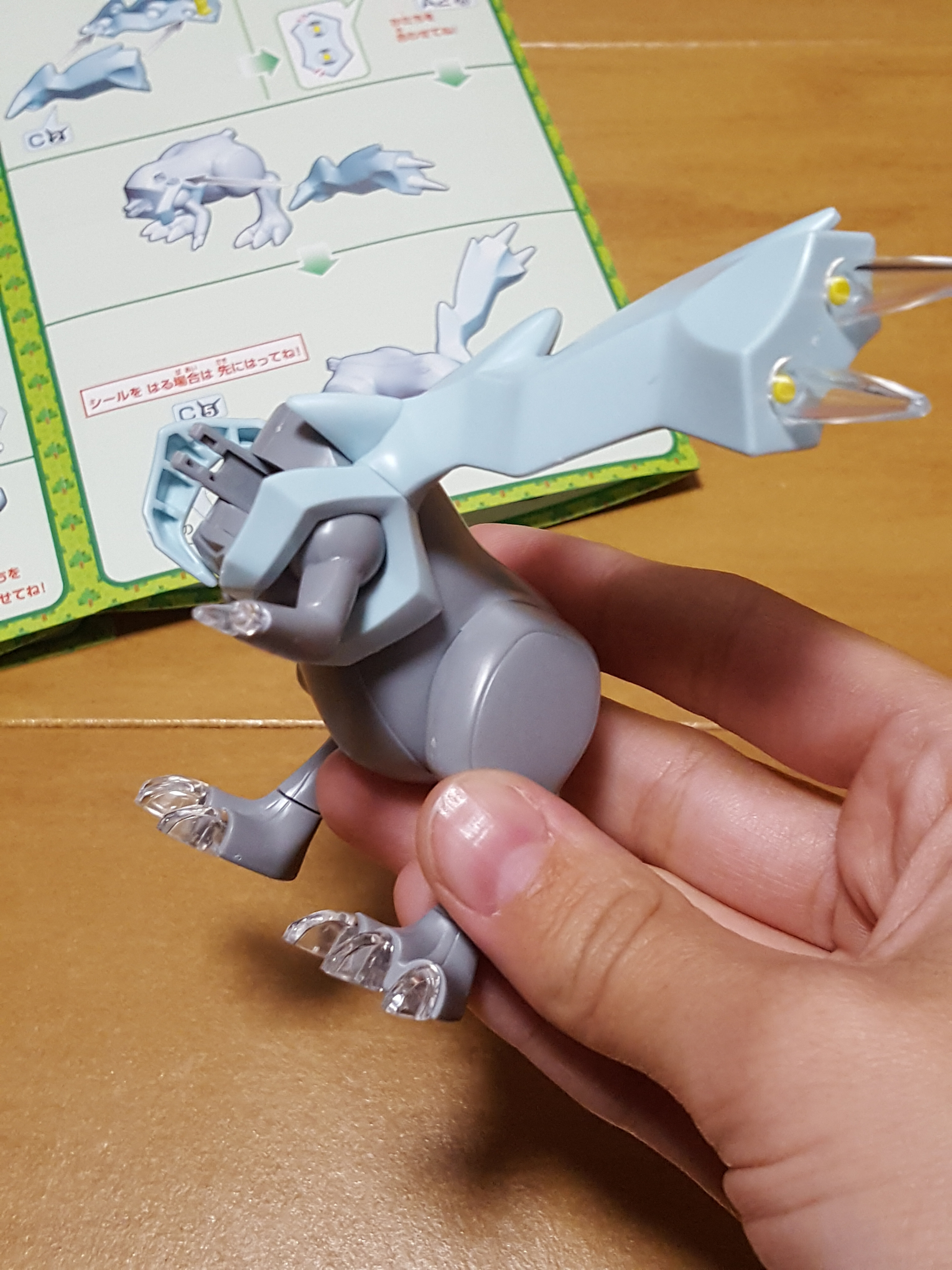 Here we are so far. There’s more clear plastic in use on the ends of the wings, I guess you can call it. Here’s a better look — 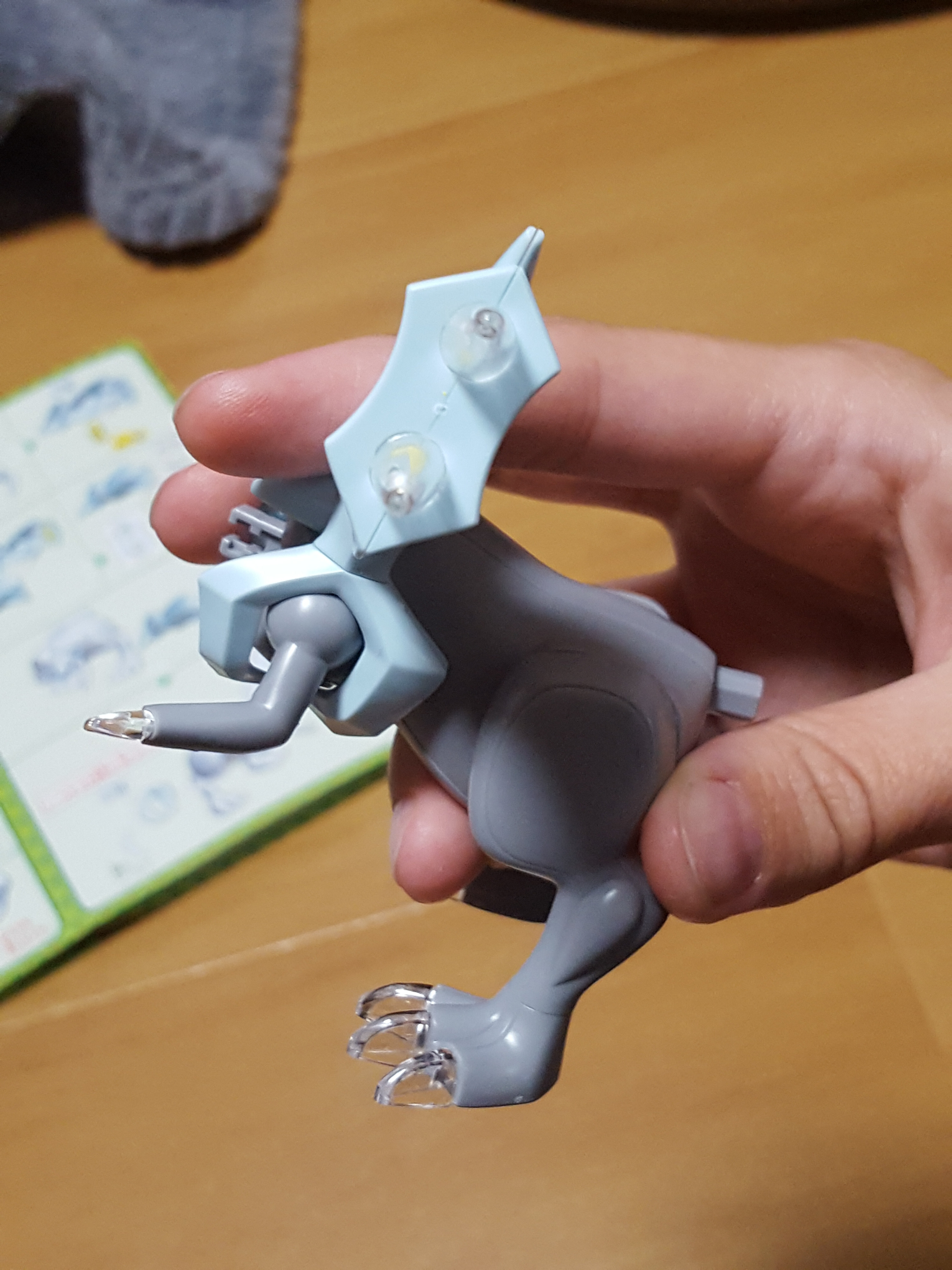 We’re moving into the home stretch now, finishing up the other asymmetrical wing and the tail. 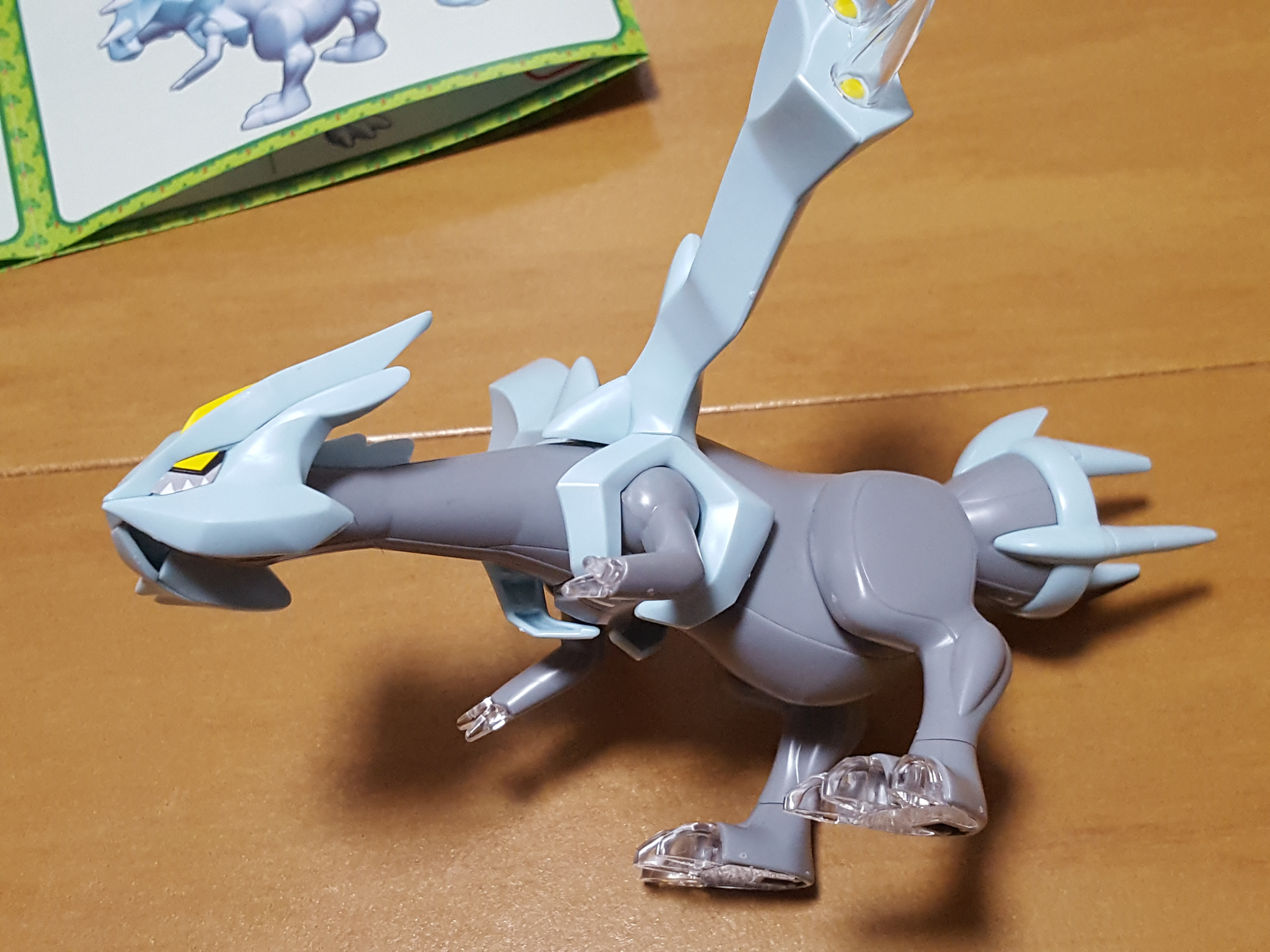 This pretty much finishes the kit. Look at those clear front claws, too!

As you can see, Kyurem doesn’t stand on its own because of the front legs. If you try to set it up on its back legs, it just falls forward because of the head.

Bandai’s got you covered, though. 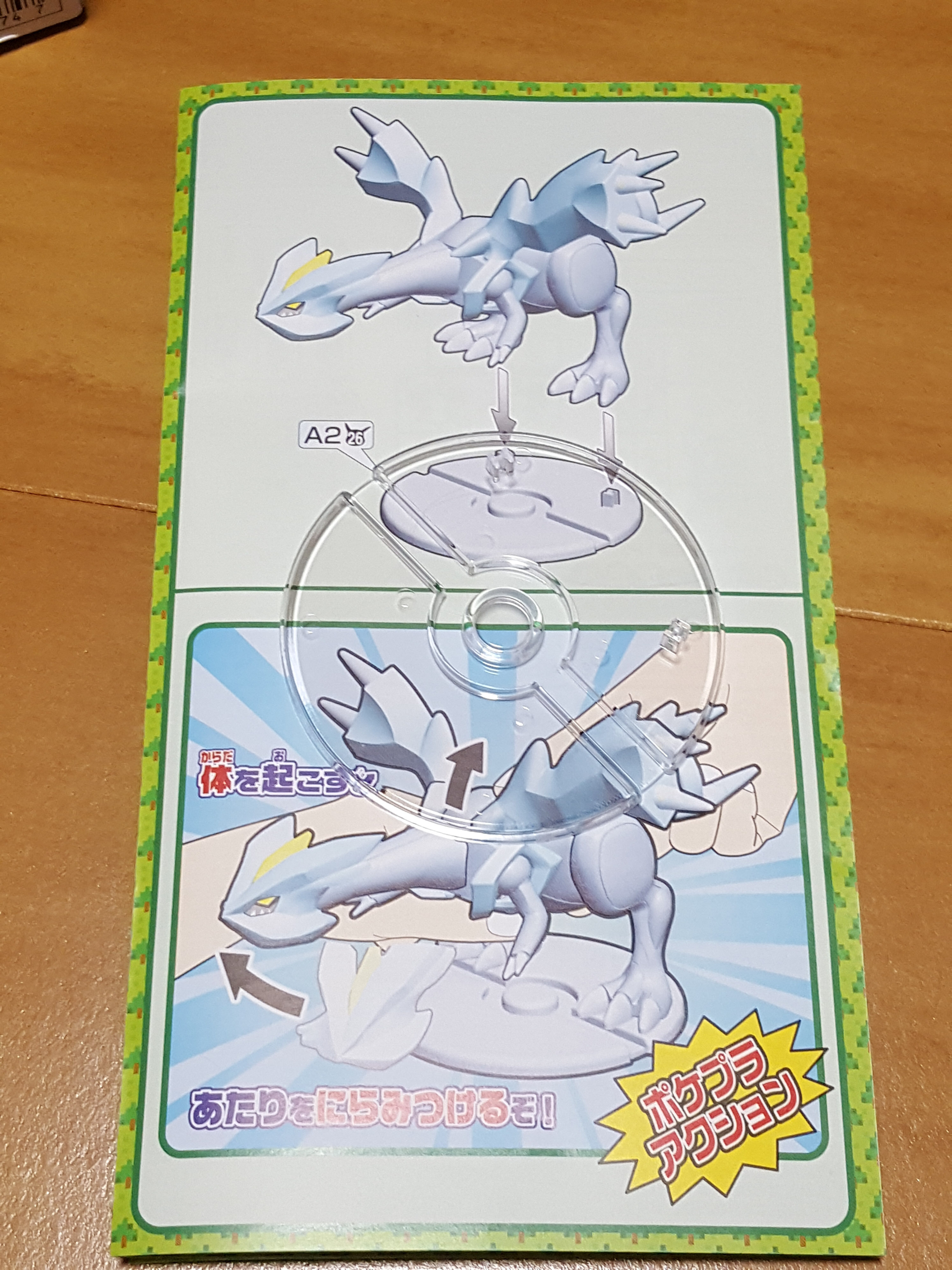 Here’s the stand. For this kit, instead of a support bar under the belly like I was expecting, there are actually just a couple of pegs for the feet to slot into. That’s much nicer for display because it keeps the focus on the model itself and doesn’t add a distracting bit of plastic right under it. You’ve only got the Poke Ball-shaped base, which is lovely! 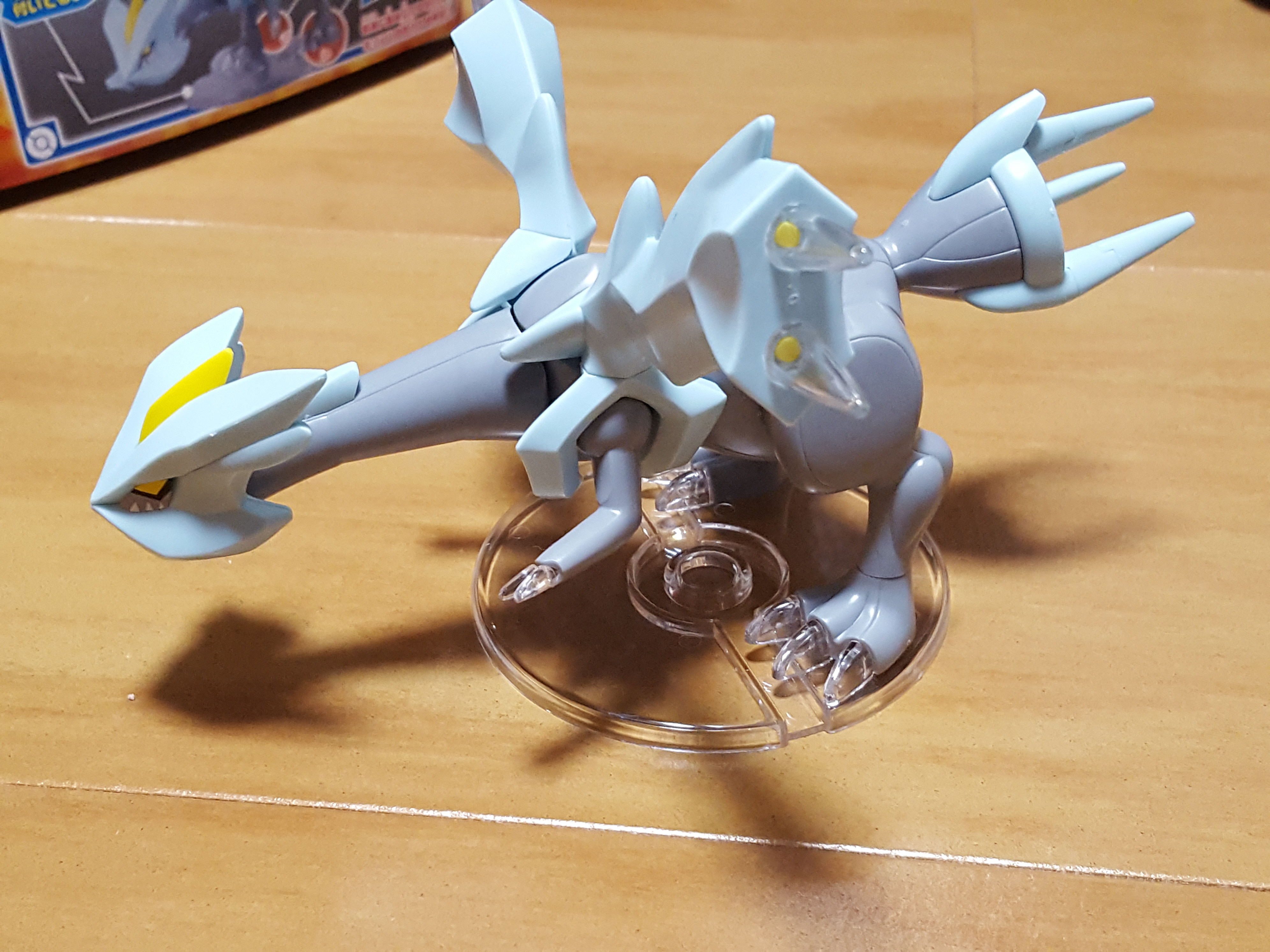 He stays up nicely. 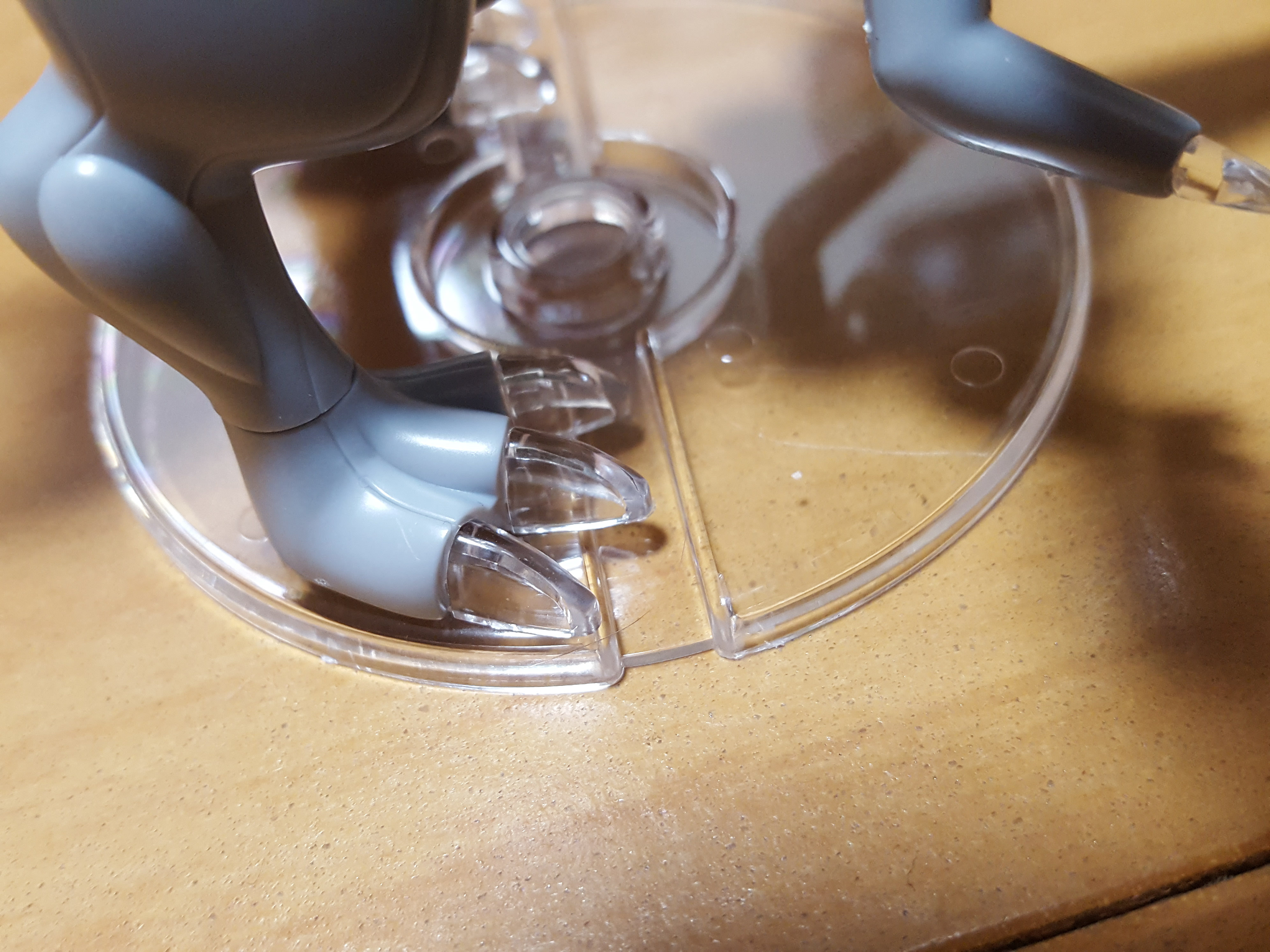 I really like these toes, okay, so I wanted to get a closer shot.

And here he is, in all his finished glory.

This was another quick and easy build, and with super minimal stickers I really enjoyed it. There were two light blue stickers that also came with the kit, but they were meant to go on the light blue plastic and weren’t covering anything unsightly… I didn’t know what the point was, so I left them off. And you can’t even tell!

Pick the kit up for yourself here:
– Pokemon Plamo Collection Kyurem