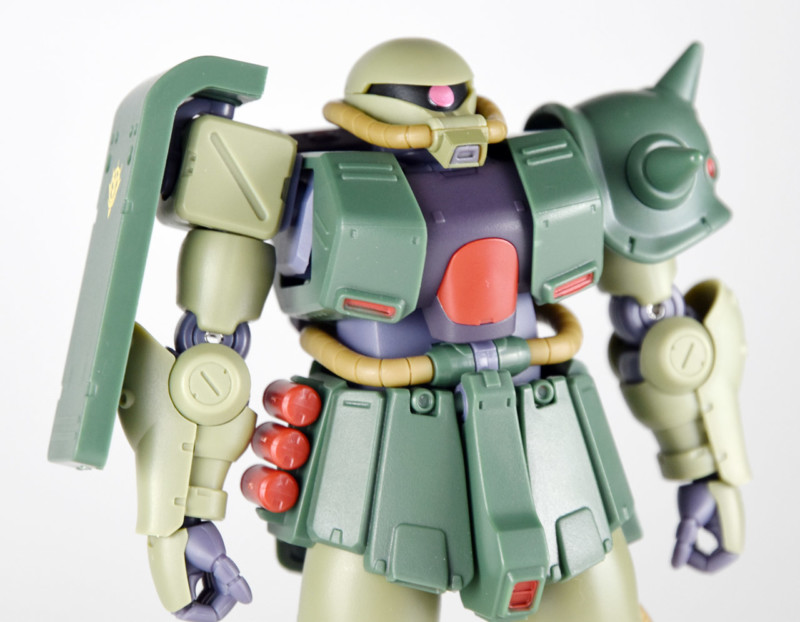 Following the unboxing, here is the review of MS-06FZ Zaku II Kai from Gundam 0080: War in the Pocket. This toy release is also linked to the RX-78NT-1 Gundam Alex from the same toy line, so it has been included in this review but it will need to be purchased separately. In any case, Bandai has made a very nice rendition of this classic Zaku design and the accessories are very thorough with it.

This is by no means the first toy of this classic design but like with other ver ANIME releases, Bandai has done a very good job here. They have also included a variety of accessories that allow you to recreate the final scene in the anime. So buckle up and try to hold back those hot tears. 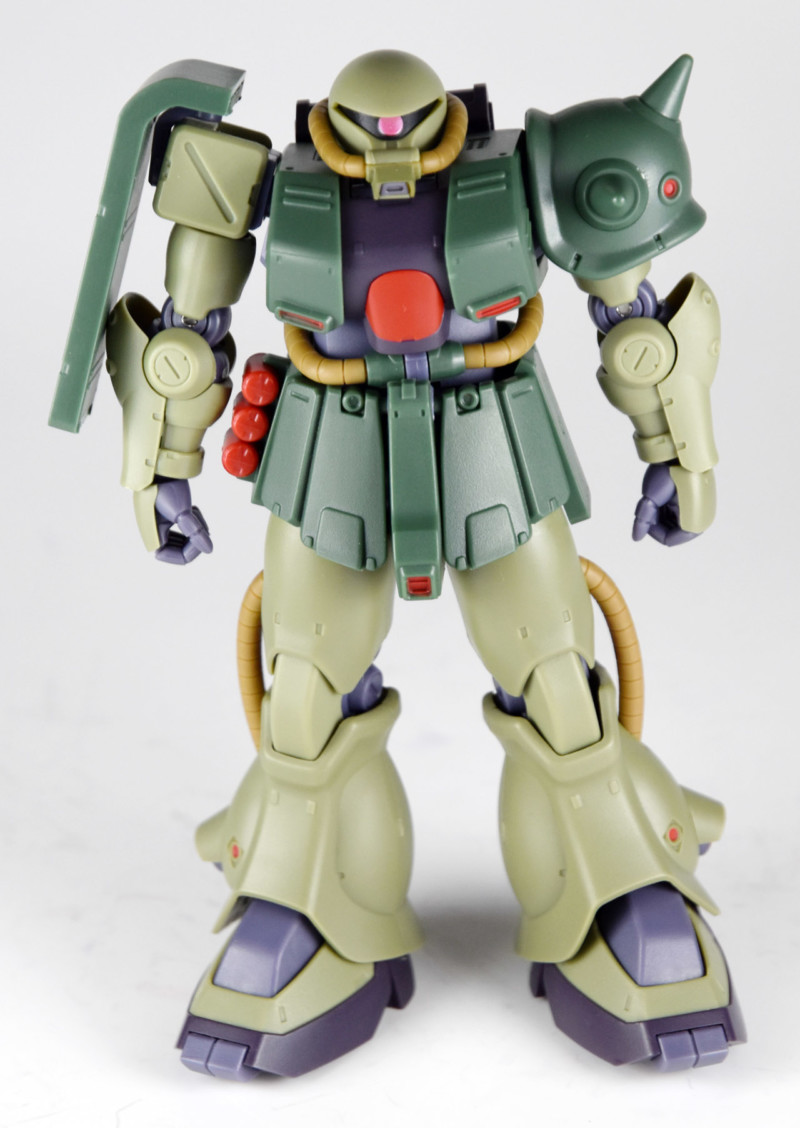 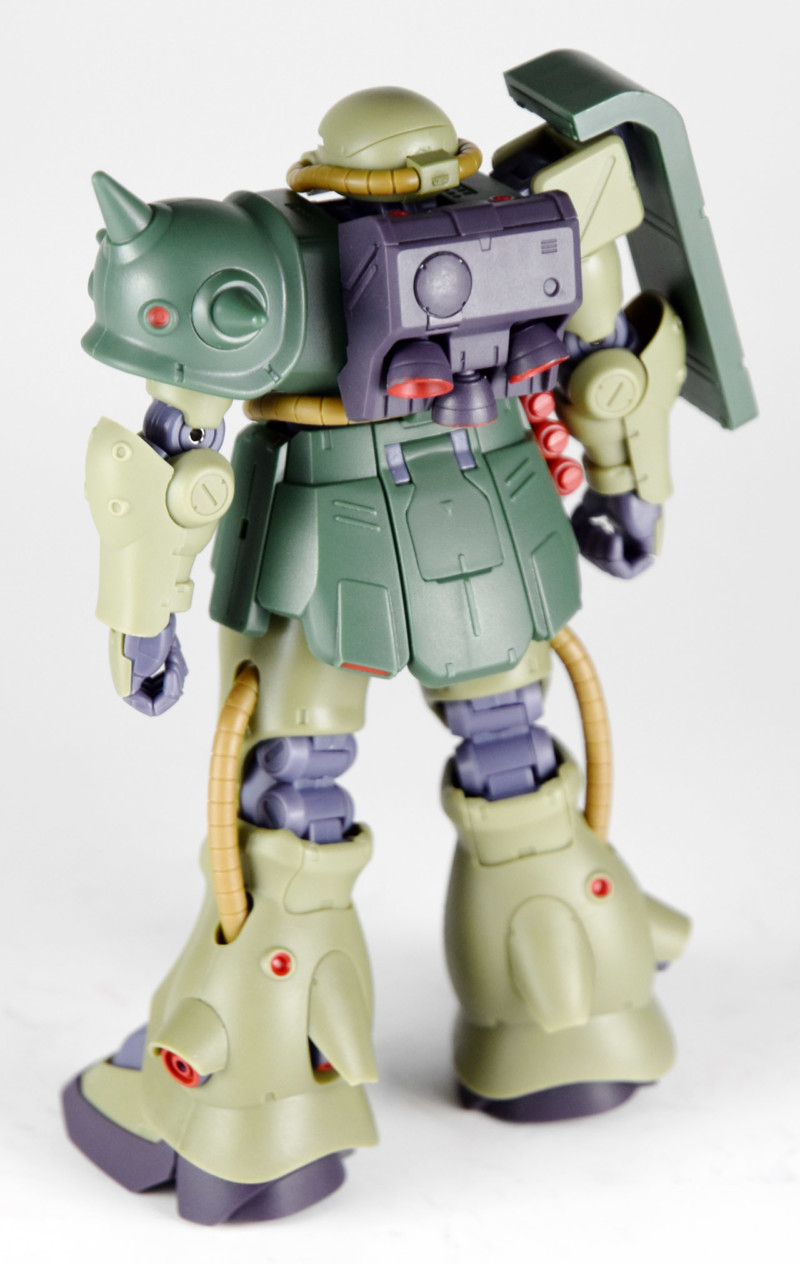 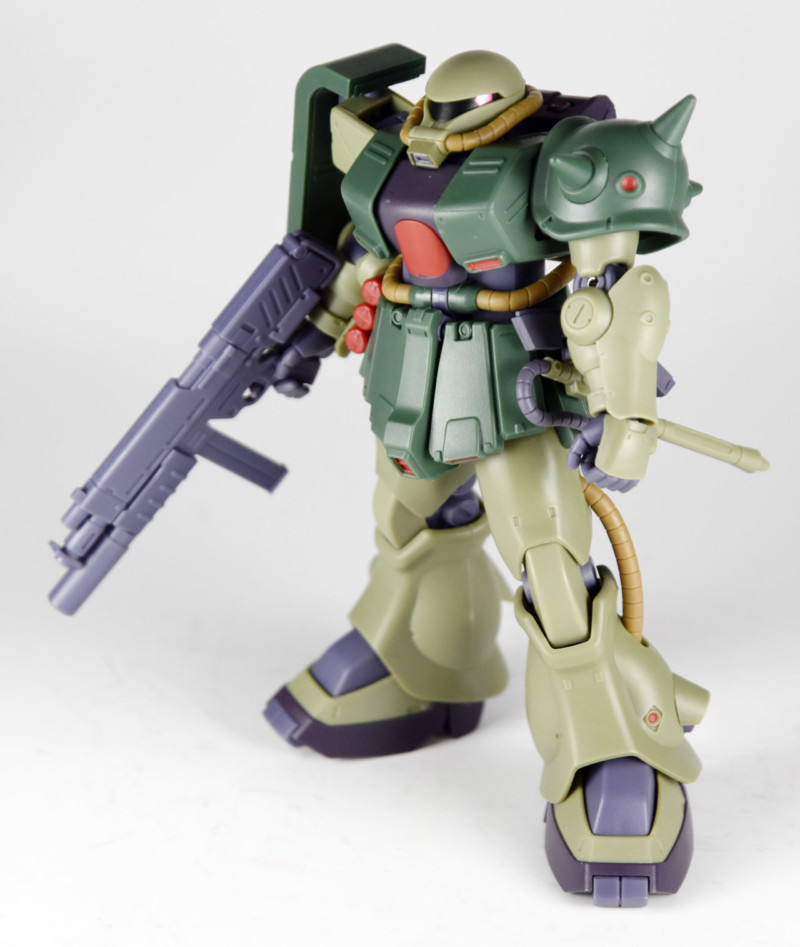 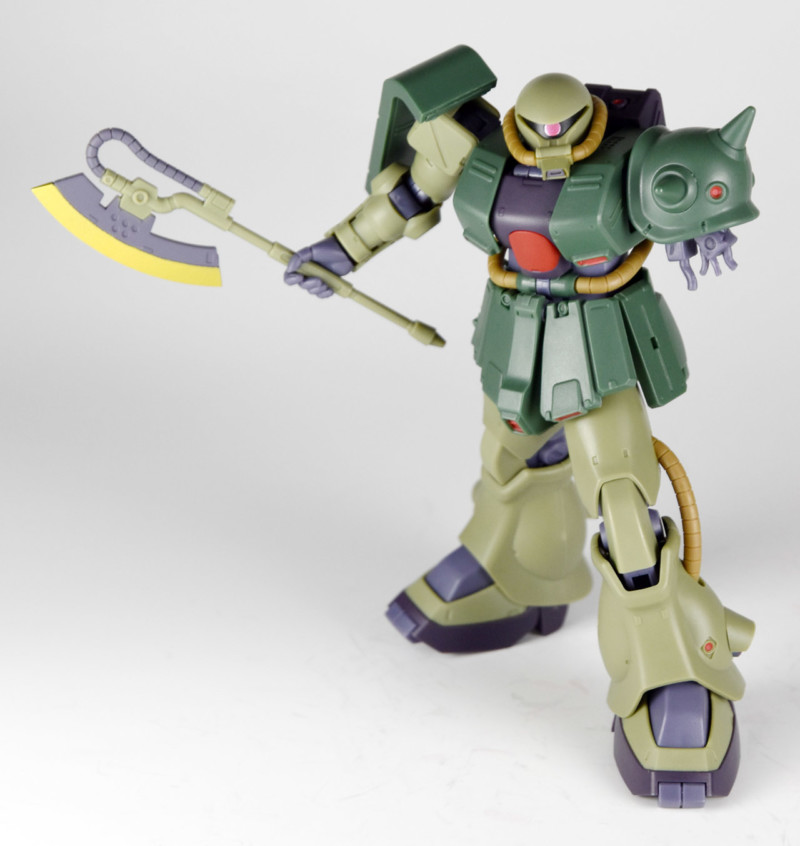 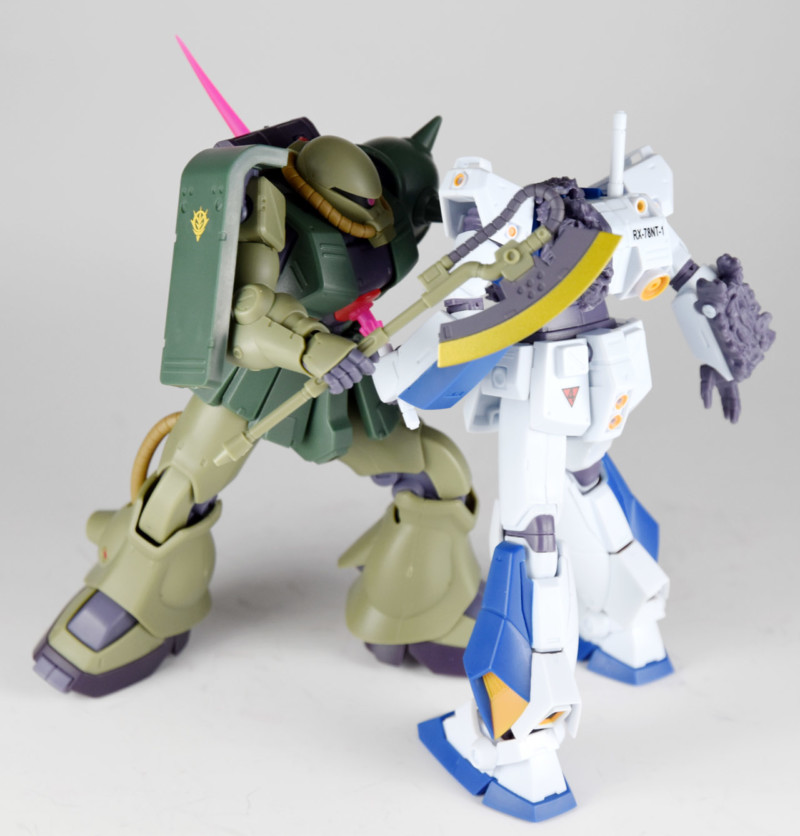 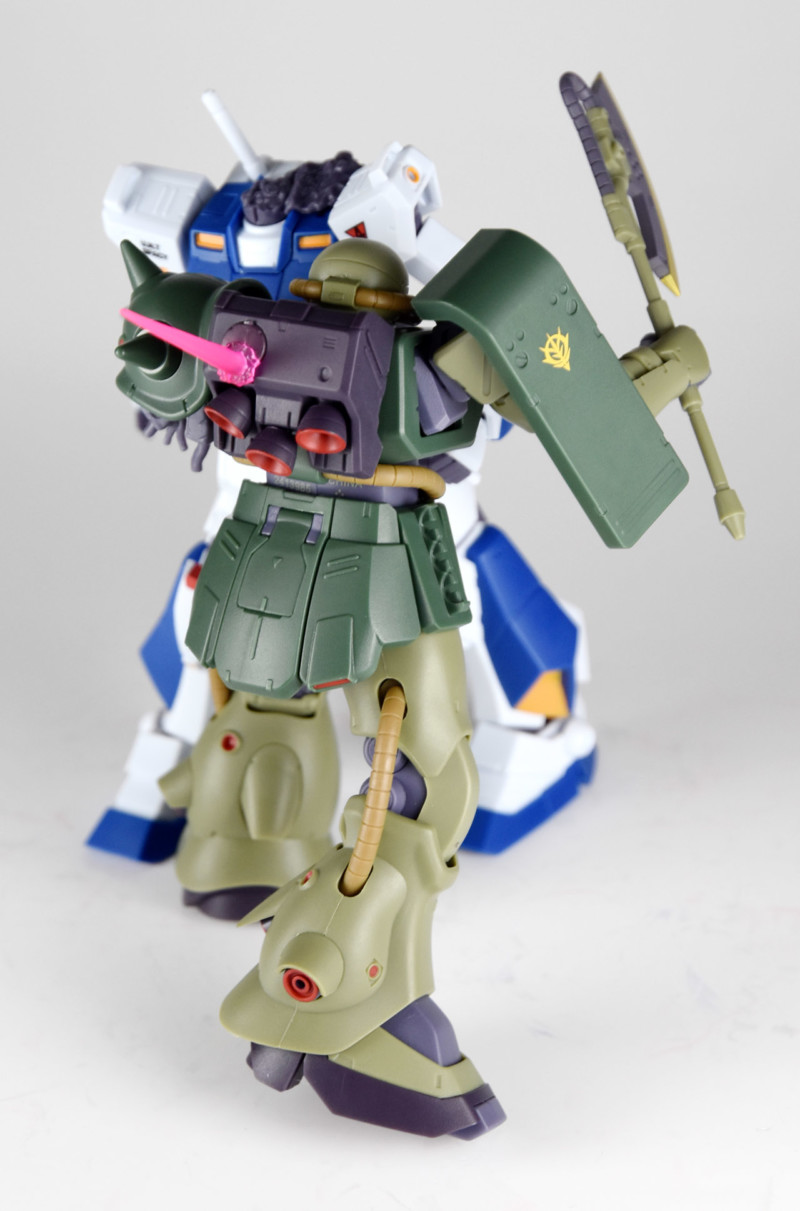 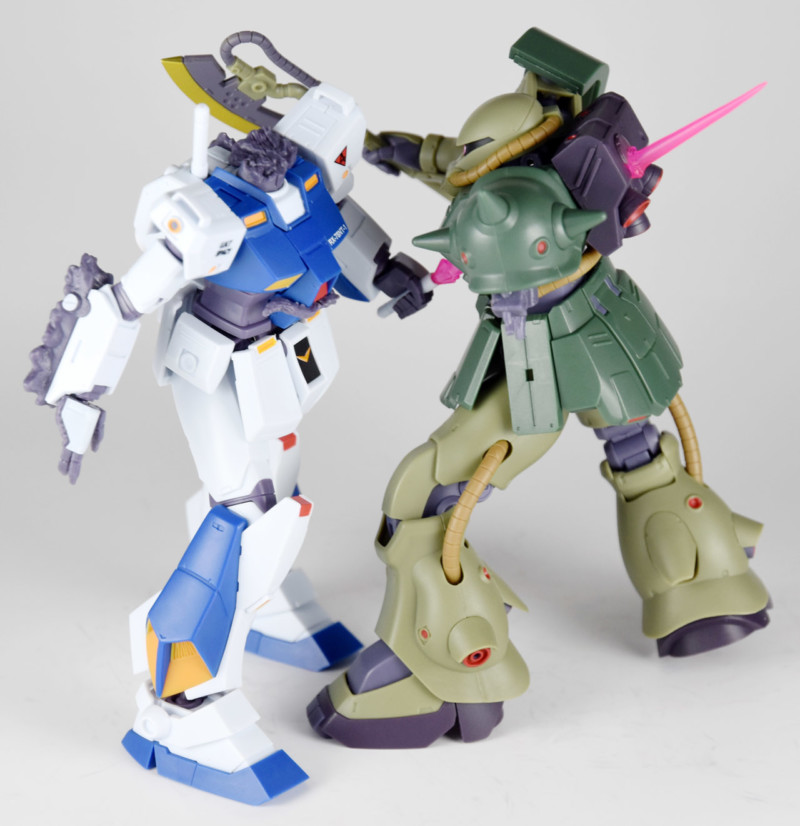 The base figure is carefully articulated and has an impressive range of motion due to an interesting selection of joints in the chest and hip. Not to mention the leg joints being nicely comprehensive with it.

The details are sparse but accurate, but it is the sculpt that is very carefully done here. While the Gundam Alex was faithful to the original designs, it didn’t really show off the artistic prowess of Yutaka Izubuchi. This Zaku figure definitely does that and in a nicely subtle way.

You also get extra heads for the command versions and separate mono-eye parts. So this is a very comprehensive set.

The big part of this toy though is how it can be “linked” to the Gundam Alex release. Both toys have the extra parts to complete this rather heartbreaking diorama and it is definitely something that makes these toys unique.

If you are unfamiliar with Gundam 0080: War in the Pocket, then this diorama will be both lost on you as well as be a massive spoiler. However, for those of us that know the anime, setting this diorama up is something that will definitely bring a lump to your throat.

Overall, like prior ver ANIME releases this Zaku toy is spot on to the host work in terms of the design. The additional parts for the final scene diorama are also a unique touch and means that really you have to buy both figures to get the most out of each.