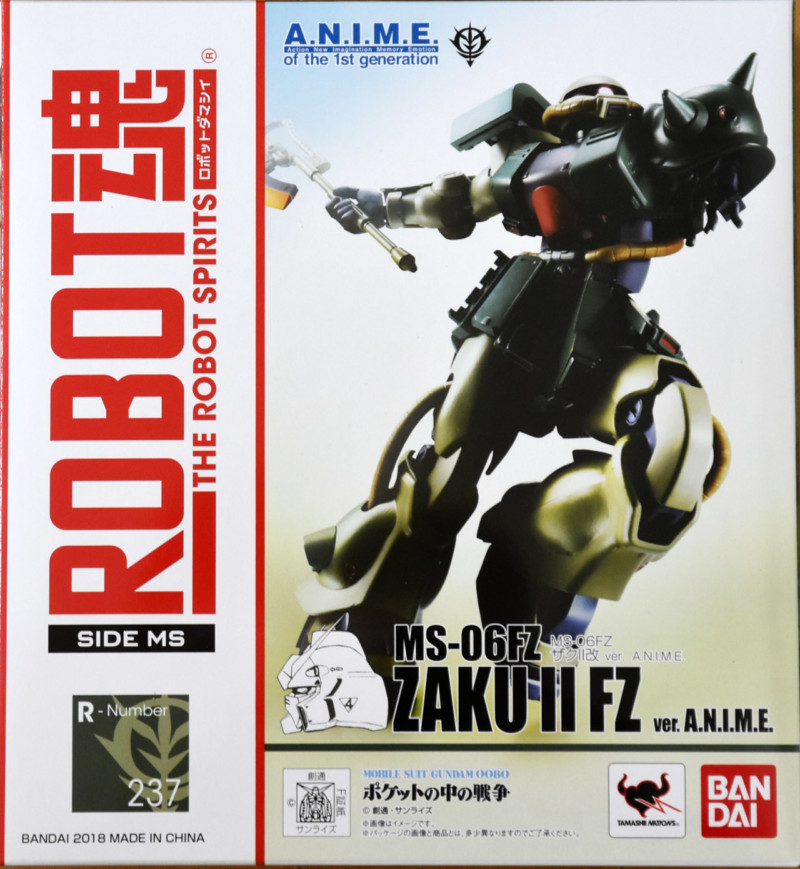 What with the release of the RX-78NT-1 Gundam Alex toy, it’s only natural that I would cover the MS-06FZ Zaku II Kai from the same ver ANIME line. Both of these toys are from Gundam 0080: War in the Pocket and are linked in terms of the accessories included. In any case, this is a nice toy and one very faithful to the original design.

Like the other mecha in Gundam 0080, the MS-06FZ Zaku II Kai was designed by Yutaka Izubuchi and retains all of his hallmarks as a very talented mecha designer.

In that, the Zeonic designs have a more overt Prussian styling to them, which is especially notable when you see the different head variants.

However, the big part of this toy release is how it ties into the Gundam Alex toy and the end of Gundam 0080. In short, these pair of toys are their own kind of spoiler to how the series resolves.

So if you like hamburgers, then Bandai definitely has you in mind with these toys. 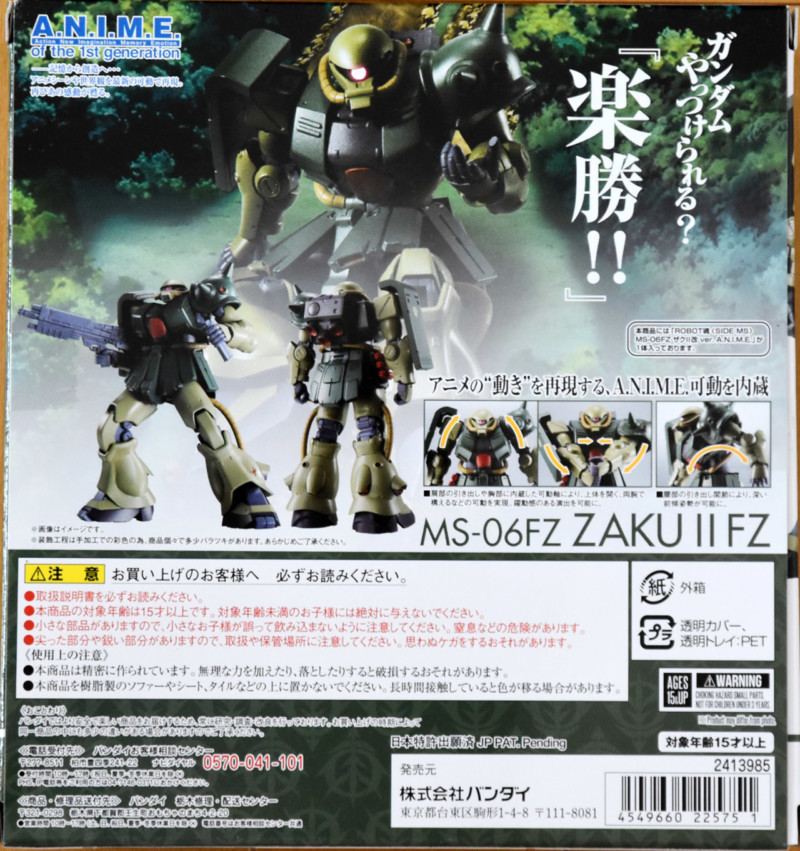 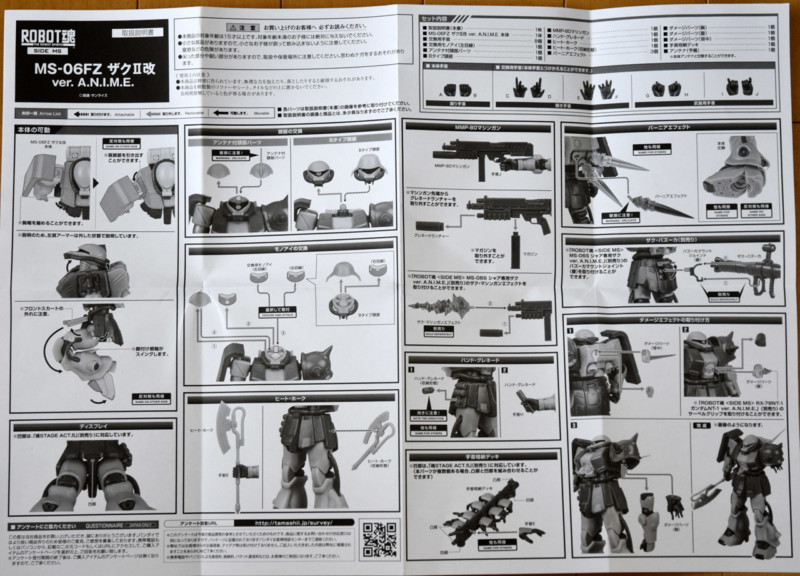 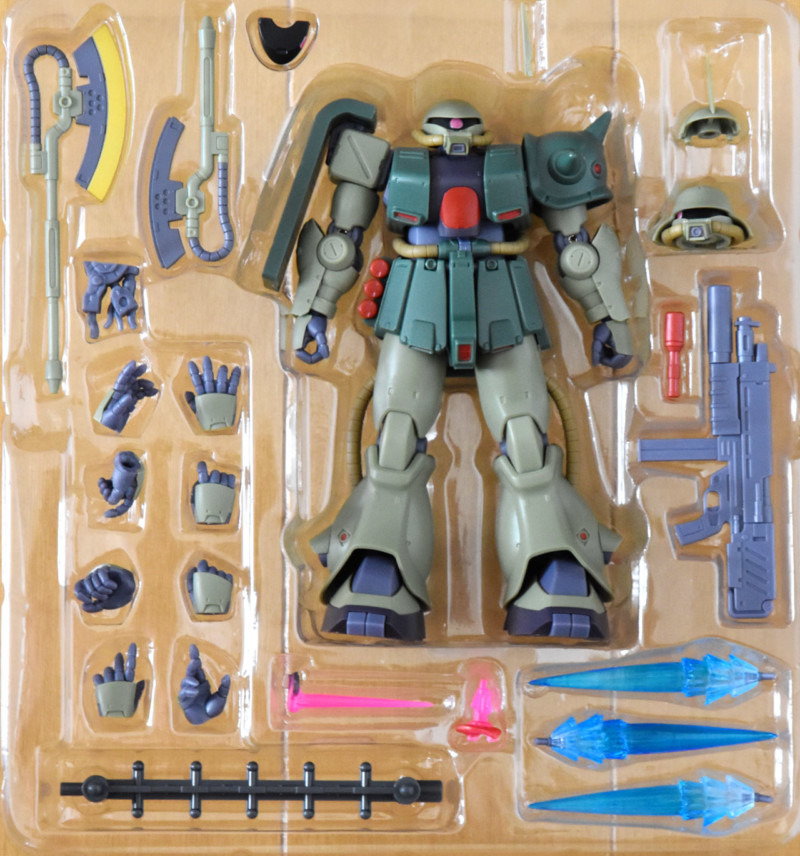 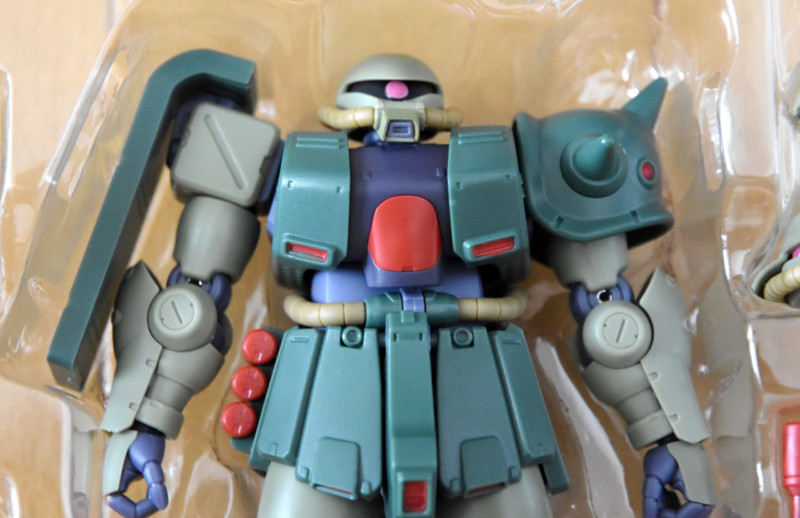 Keep an eye out for the review, as that will be up shortly!