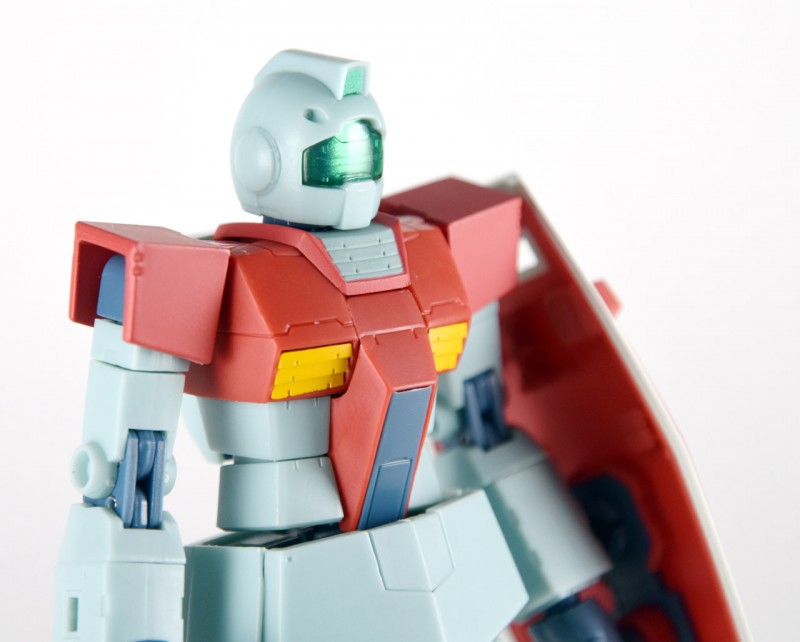 Following the unboxing here is the review for the latest entry in the Robot Damashii Ver. ANIME spin off line, the decidedly understated RGM-79 GM from the original Mobile Suit Gundam. Like the other toys from this series, this GM figure is really quite wonderful.

Despite being part of Mobile Suit Gundam, the GM is a mobile suit that has often been overlooked. This is not to say it hasn’t had its fair share of kits and toys over the years but compared to the titular Gundam, it tends to get far less attention.

However, for fans of the original series then the GM is an important mobile suit and one that Bandai has thoroughly applied itself to here. As Ver. ANIME toys go, this is subsequently one of the better ones. 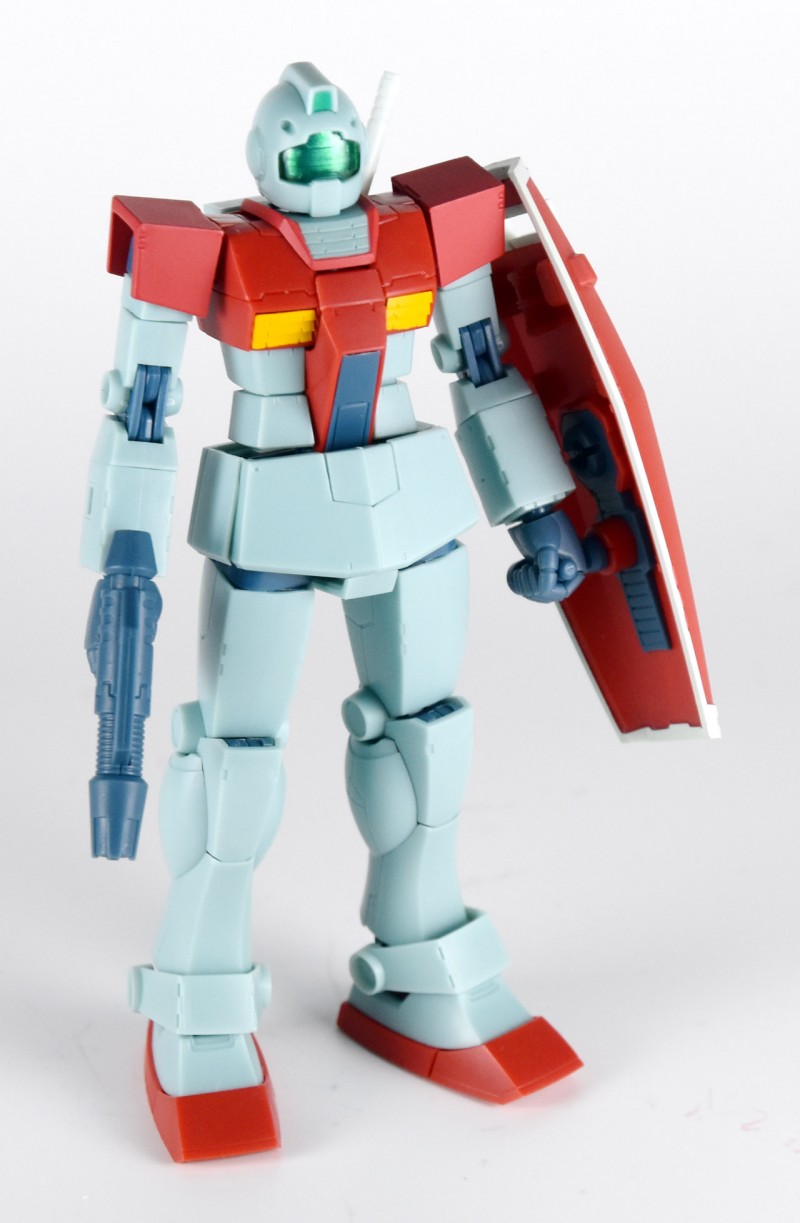 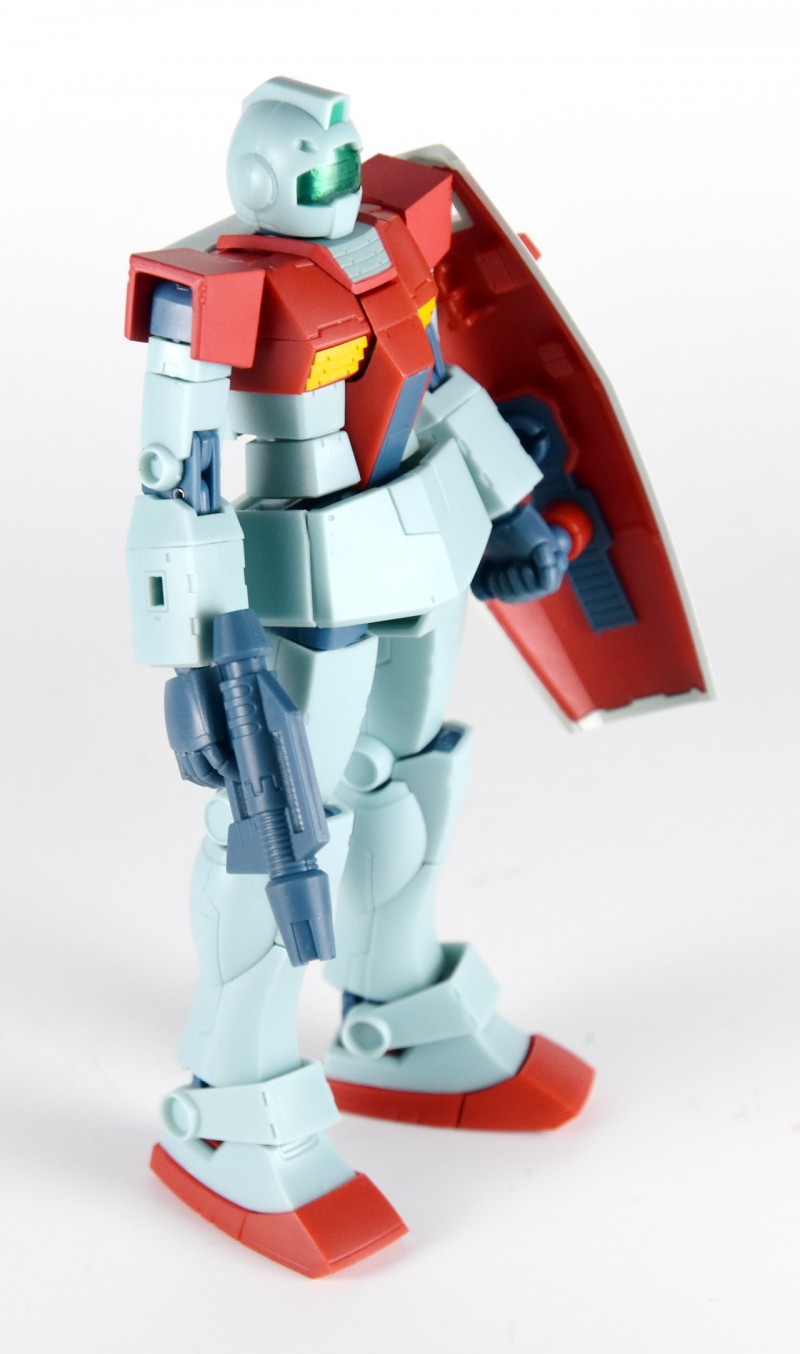 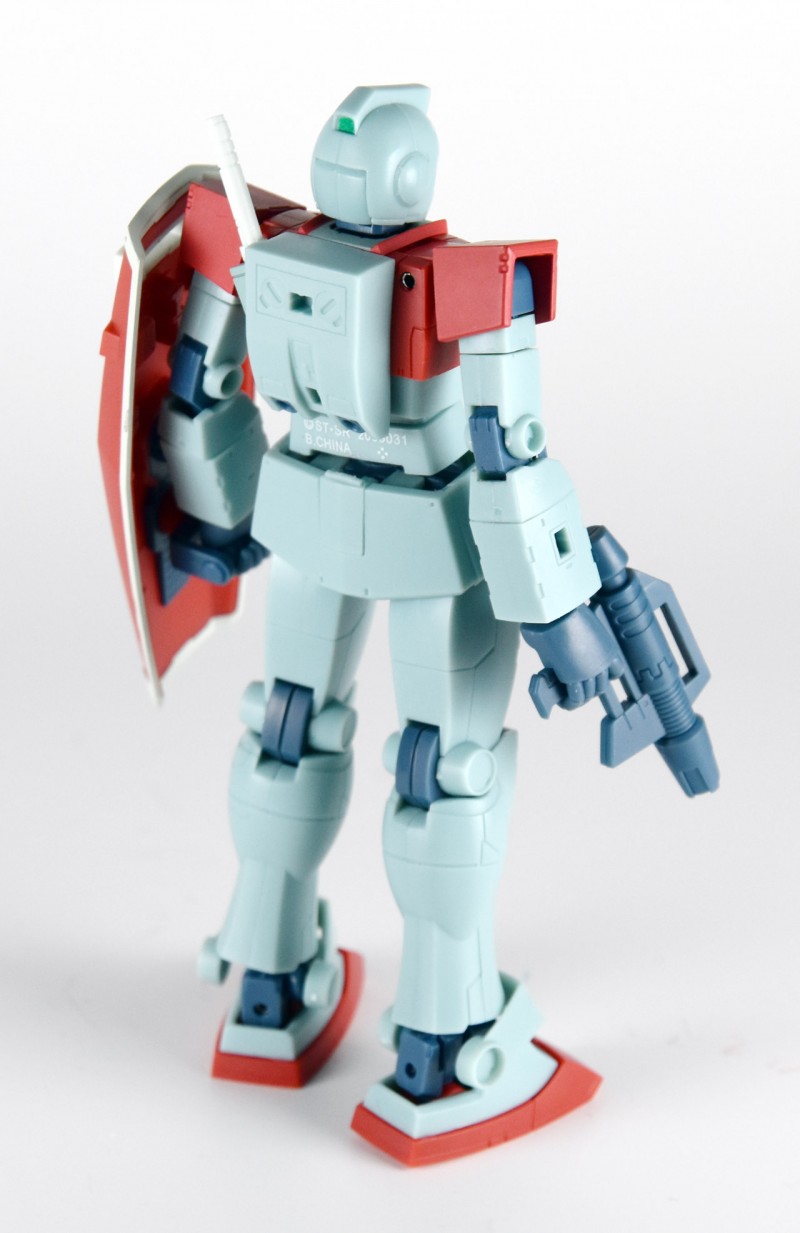 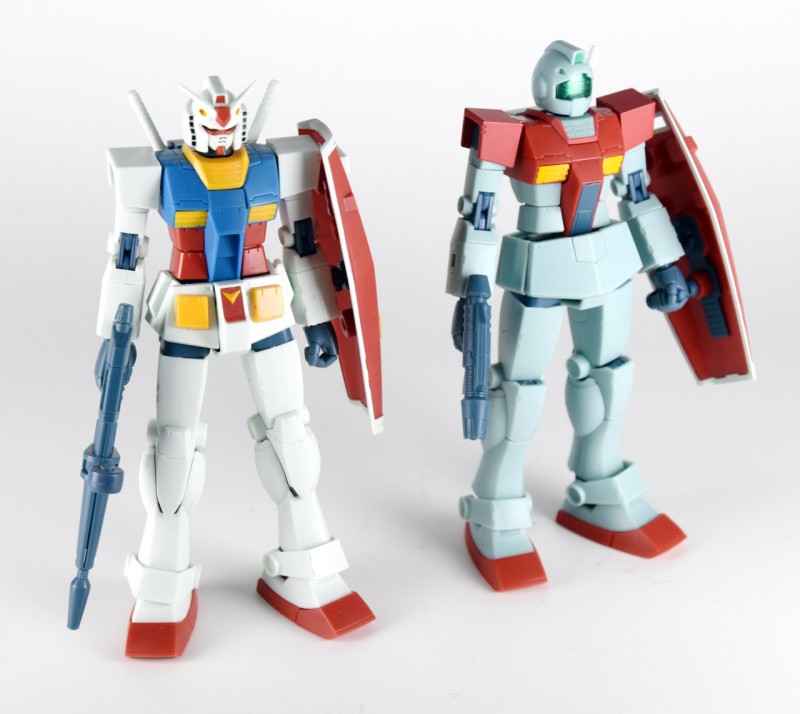 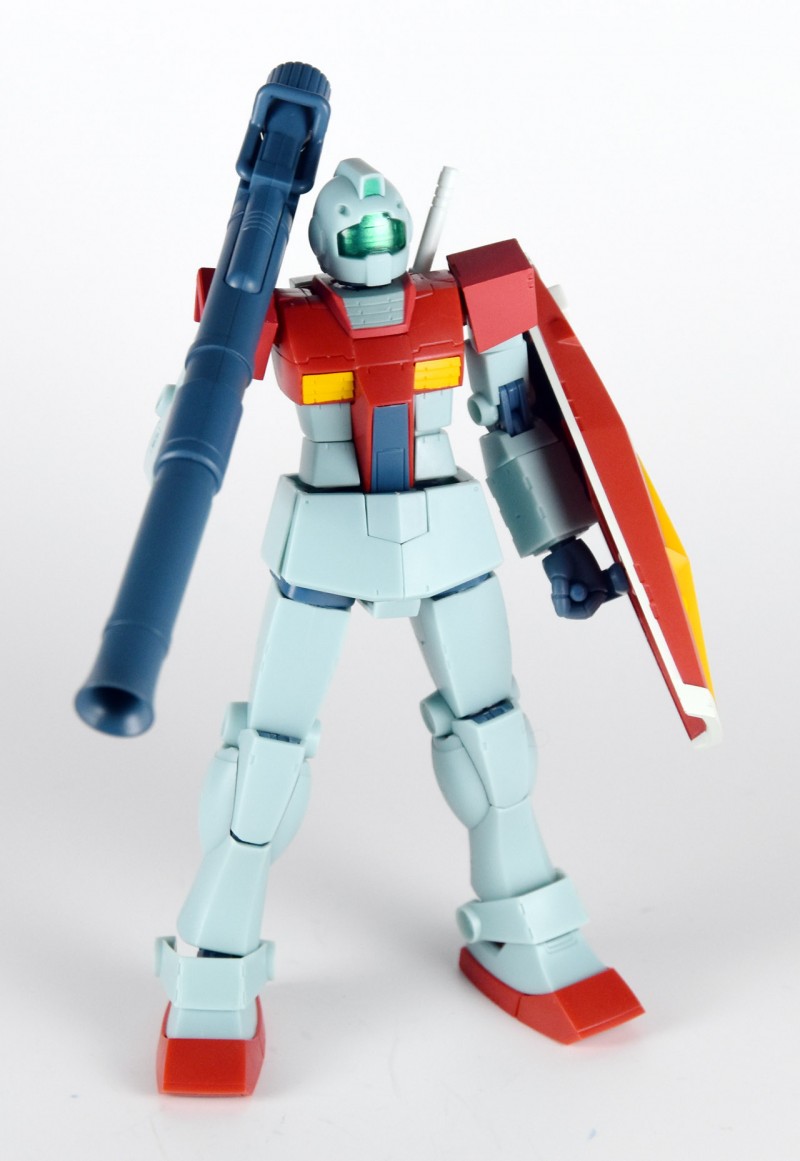 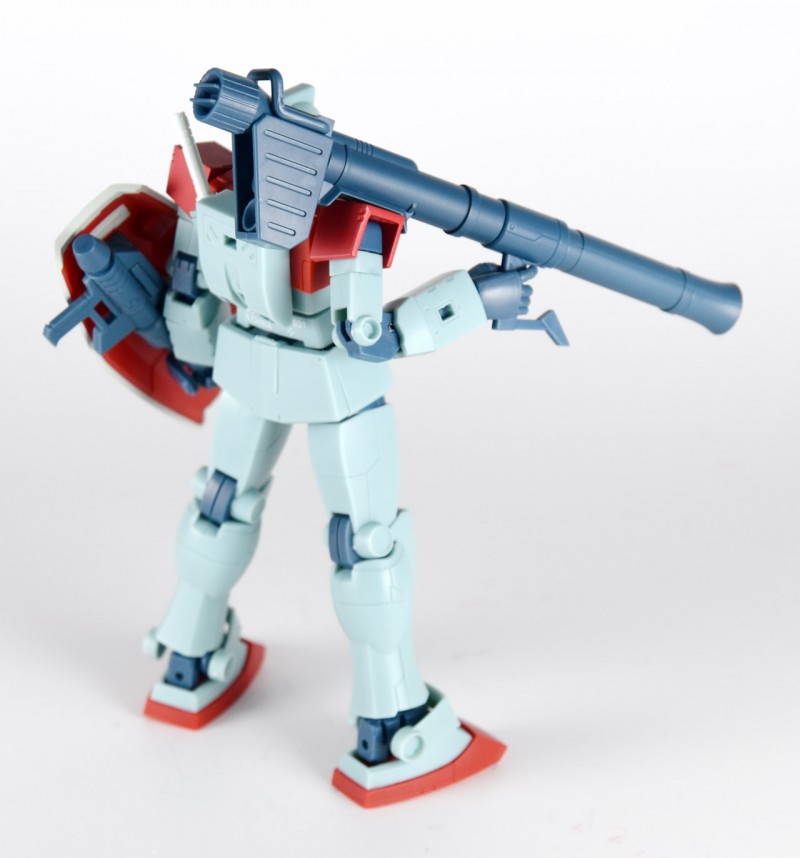 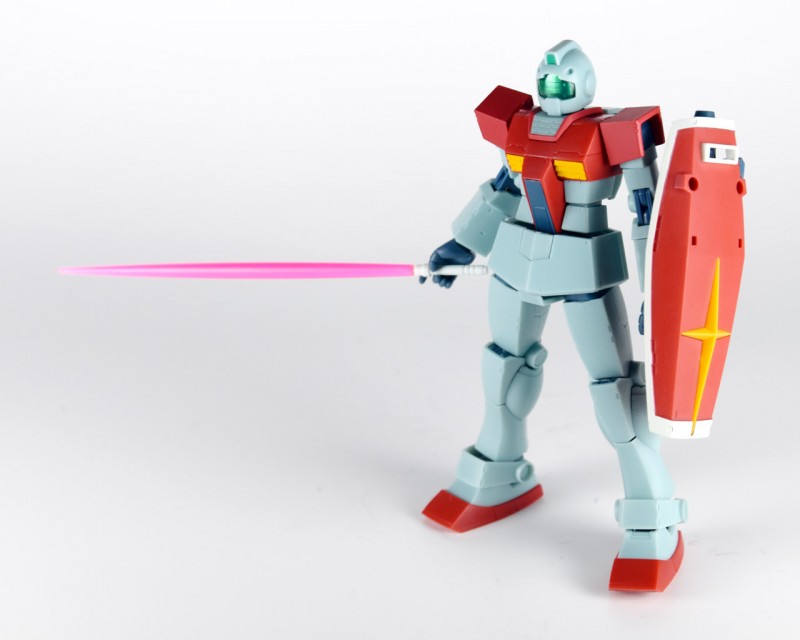 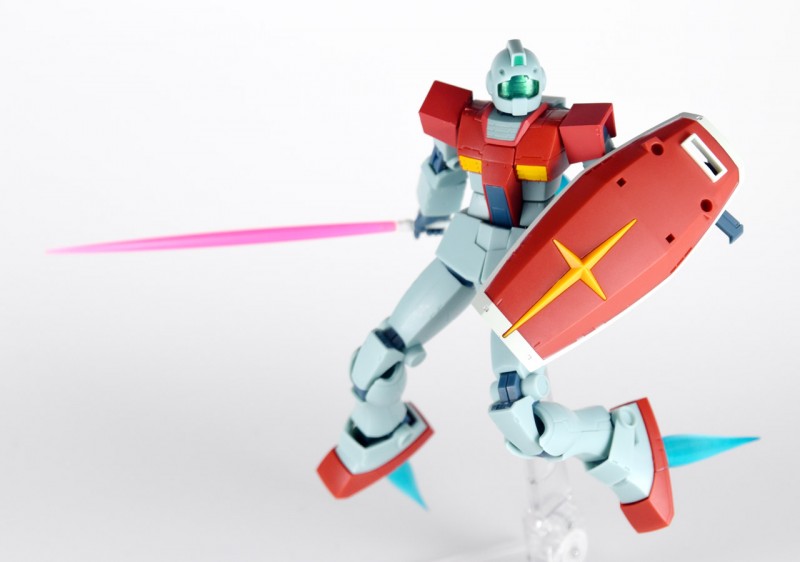 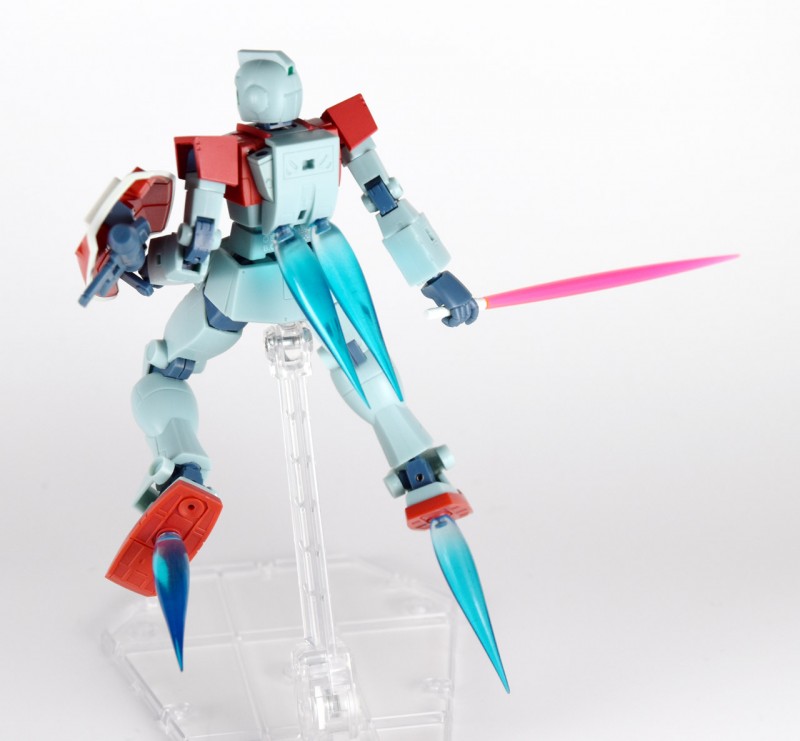 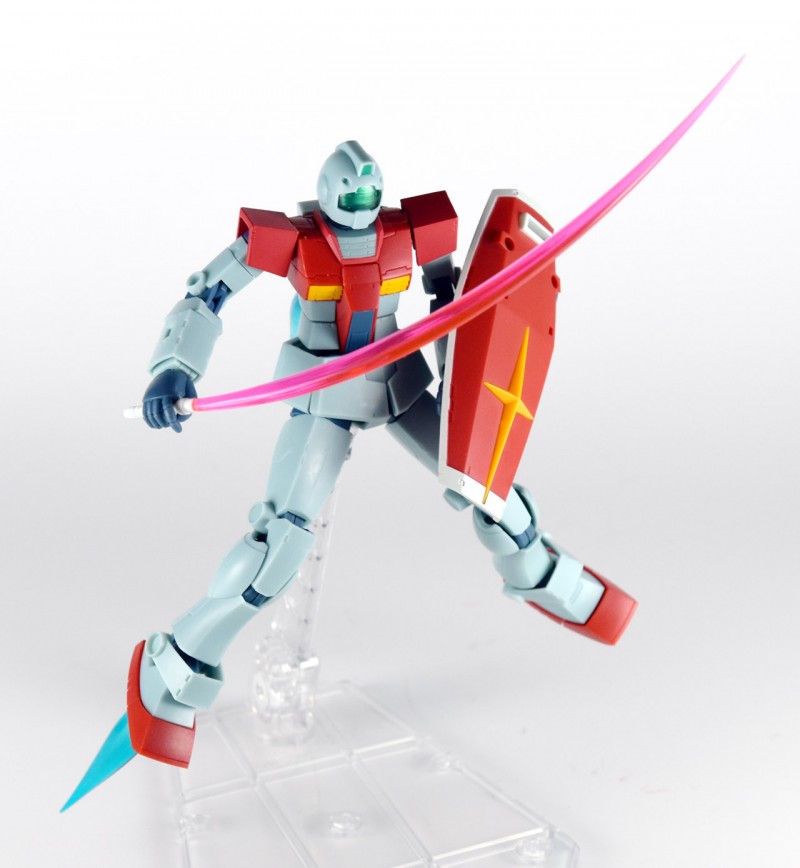 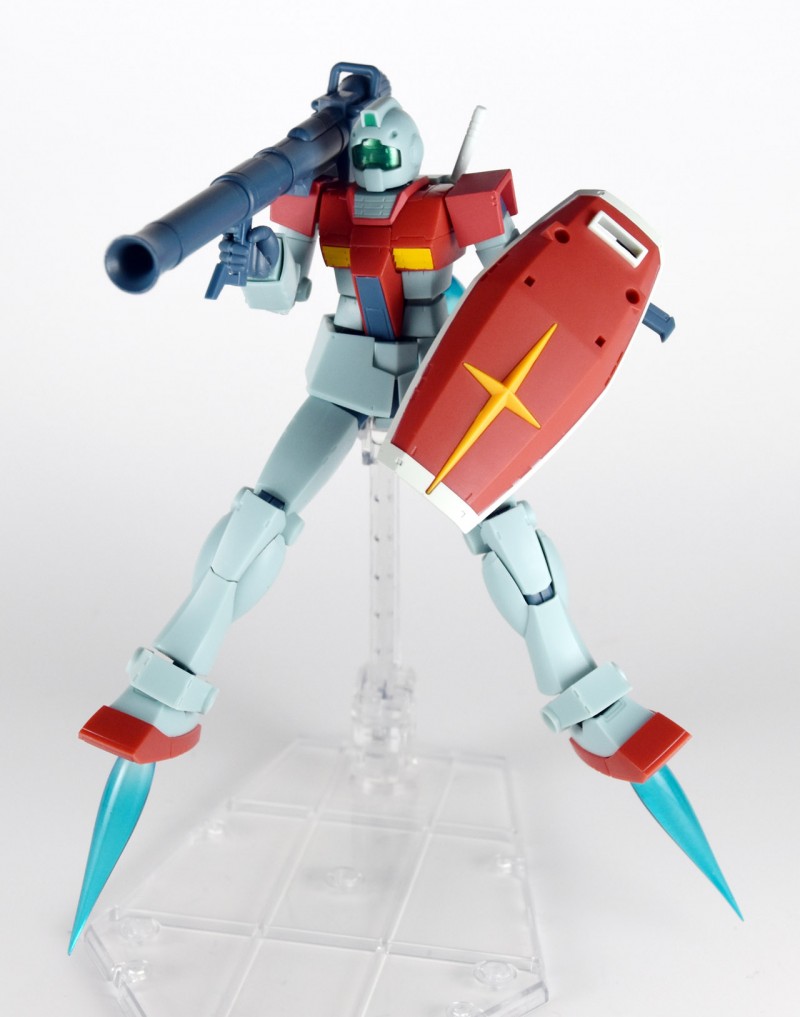 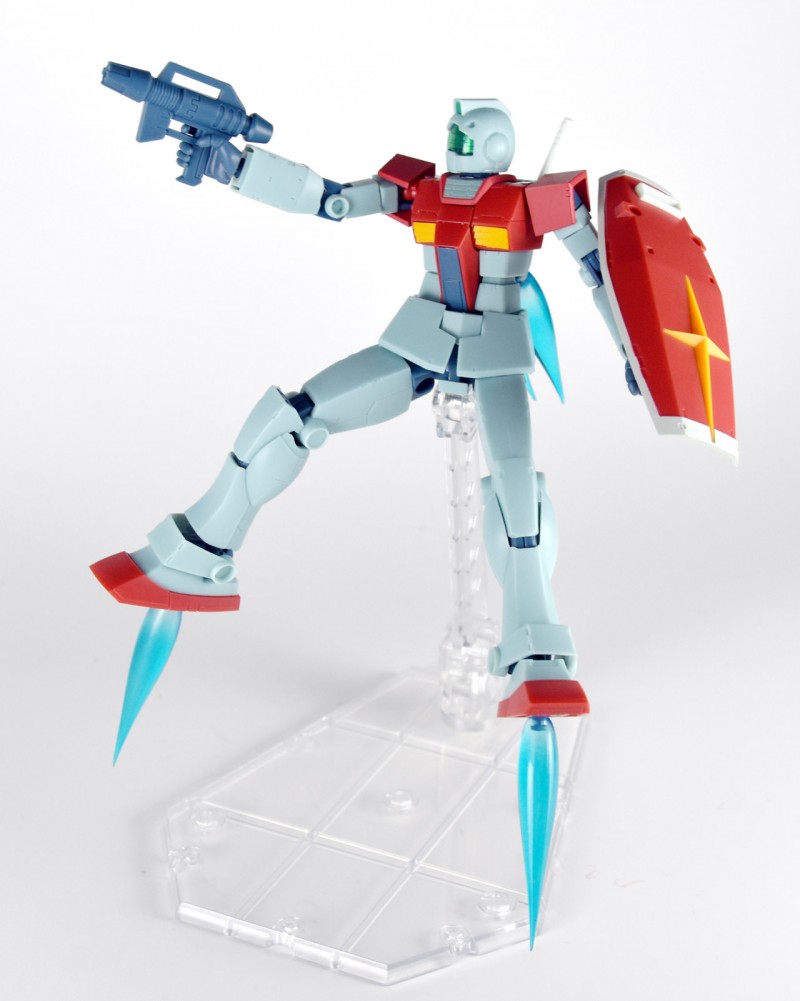 The whole point about the GM is that it is mass produced and unremarkable. However, the result of that is a mobile suit that is surprisingly multi-faceted and adaptable.

Based on the Gundam, the GM utilises a weaker armor (shown via the coloring difference above) and fewer weapons. The result is a very streamlined and clean looking mecha with a surprisingly degree of versatility to it.

Despite being a grunt, this GM figure gets a lot of nice extra parts. From all manner of hands, to a hyper bazooka, beam pistol, beam saber and all sorts of beam and booster effect parts. If you have a Tamashii stand (sold separately) then you can really get a lot out of this figure.

This is because like other Ver. ANIME releases, this GM figure is impressively articulated and can create as well as hold a variety of dynamic poses.

The sculpt is also clean and simple but the detailing is actually surprisingly intricate. This is especially notable on the green head visor, as the detailing behind it is really quite fine.

Considering that the GM is often outgunned in the anime, the mobile suit has gone on to be a much-loved underdog. This figure captures that really well and recreating poses as it tries to save its own skin from overwhelming odds is a lot of fun.

If you are a fan of classic Gundam then you need to get this — better yet, get 10. After all, the GM was front line cannon fodder and just having one would somewhat miss the point, really.