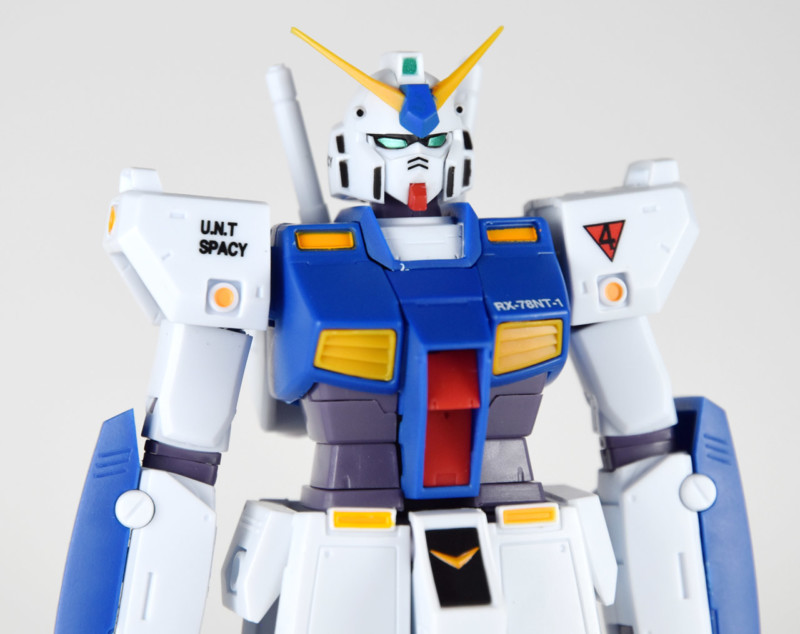 Following the unboxing, here is the review for the Robot Damashii RX-78NT-1 Gundam NT-1 ver ANIME from Gundam 0080: War in the Pocket. This is a genuinely lovely figure and surprisingly intricate with it.

While there have been many toys of the Alex over the years, this is arguably one of the best. It lacks the Chobham Armor set but in every other way, it is gloriously good. 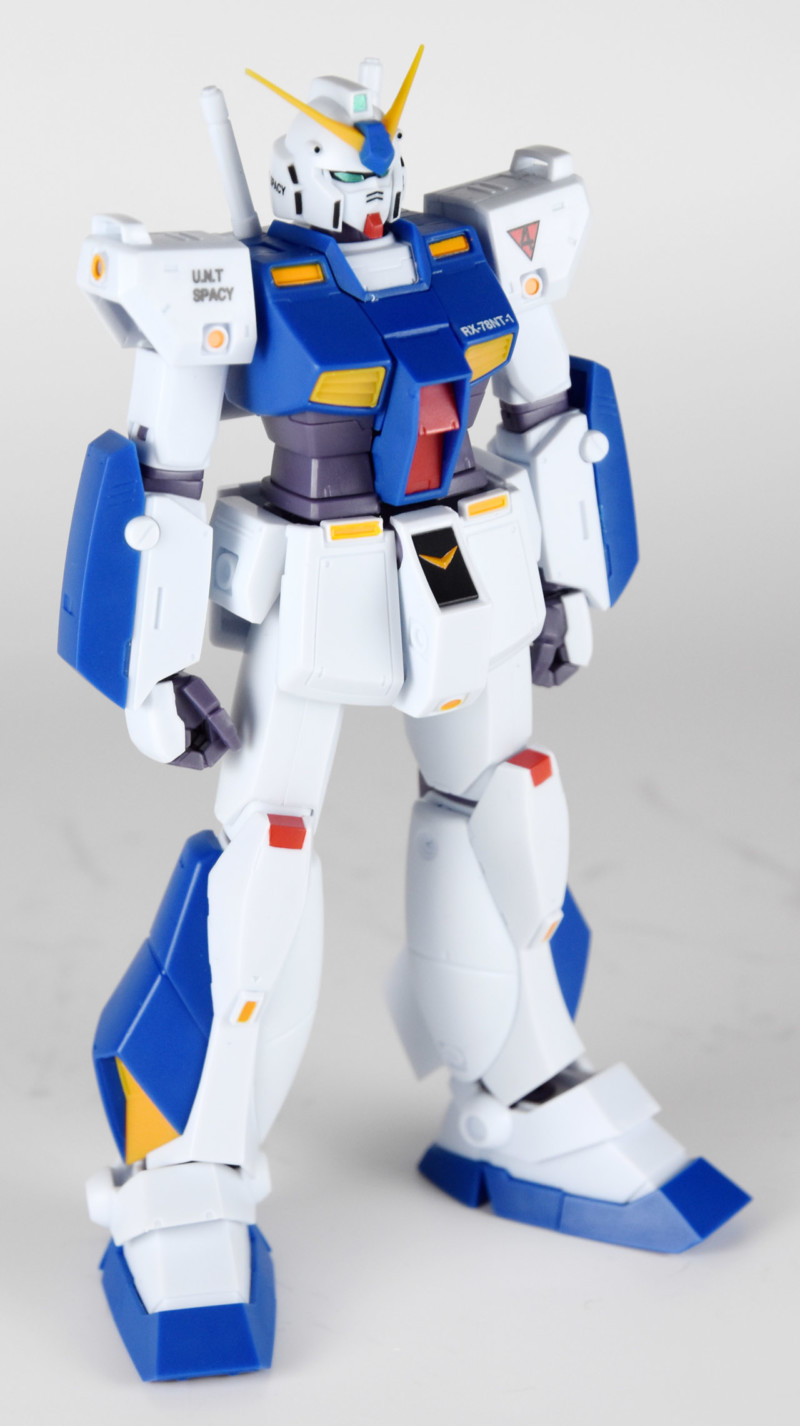 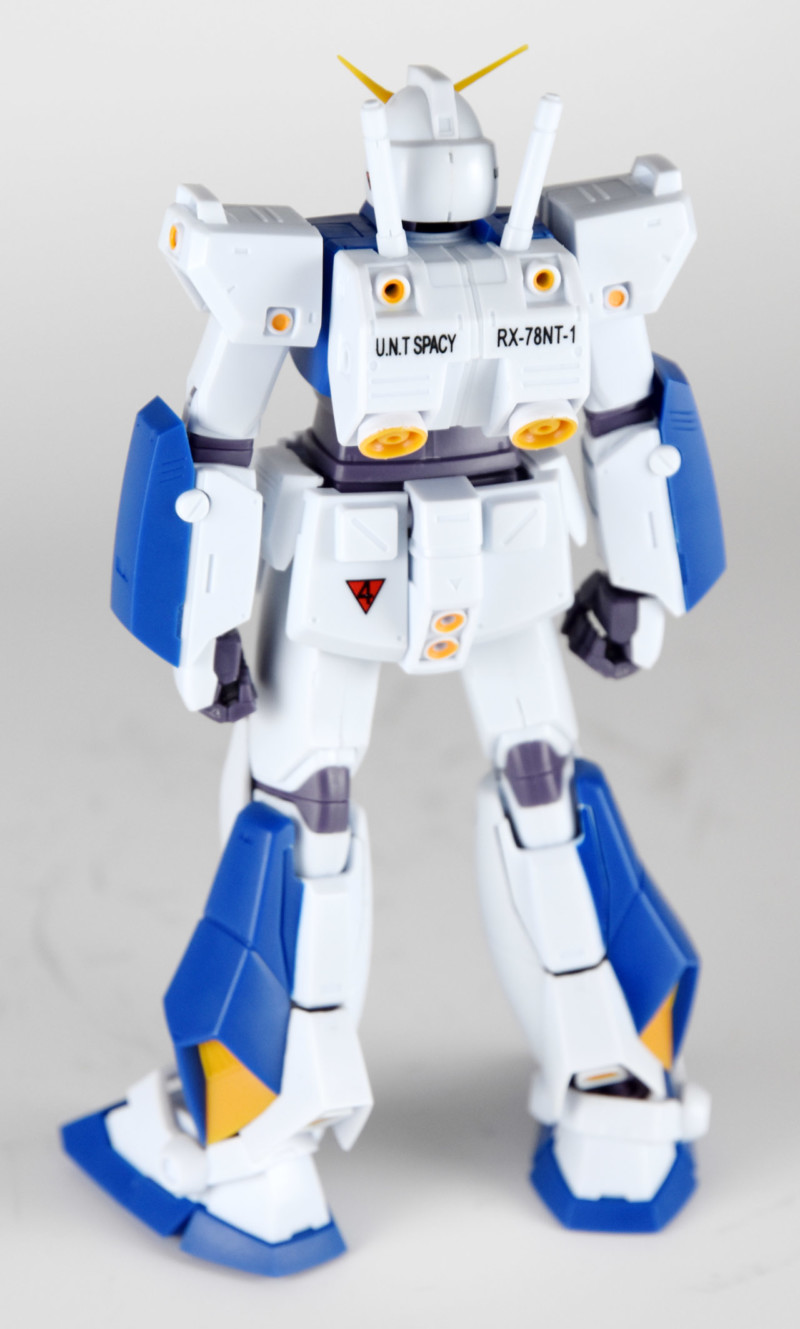 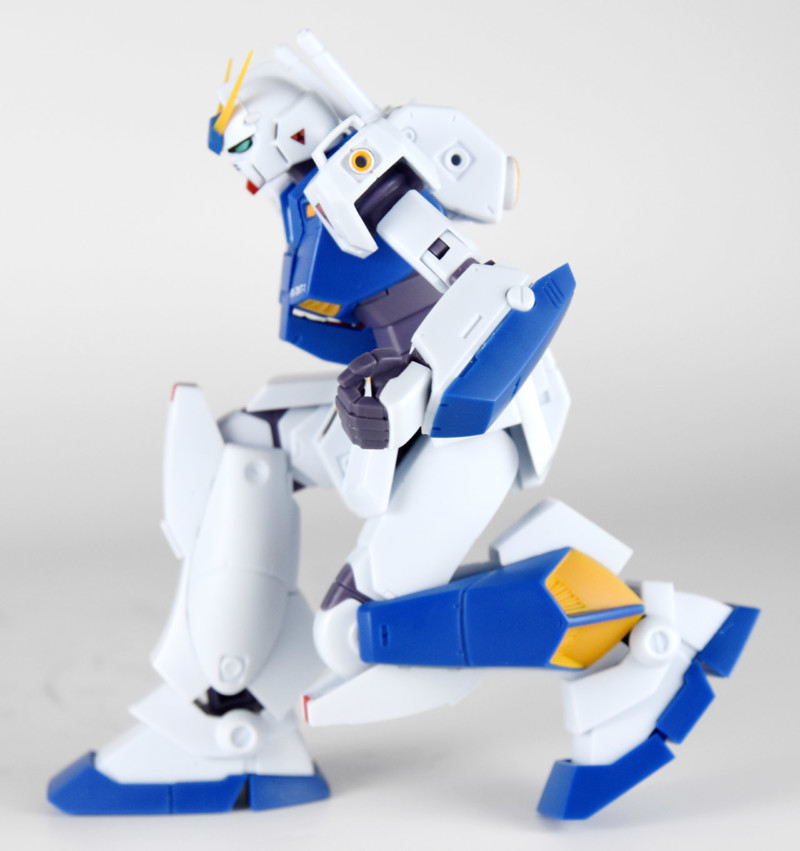 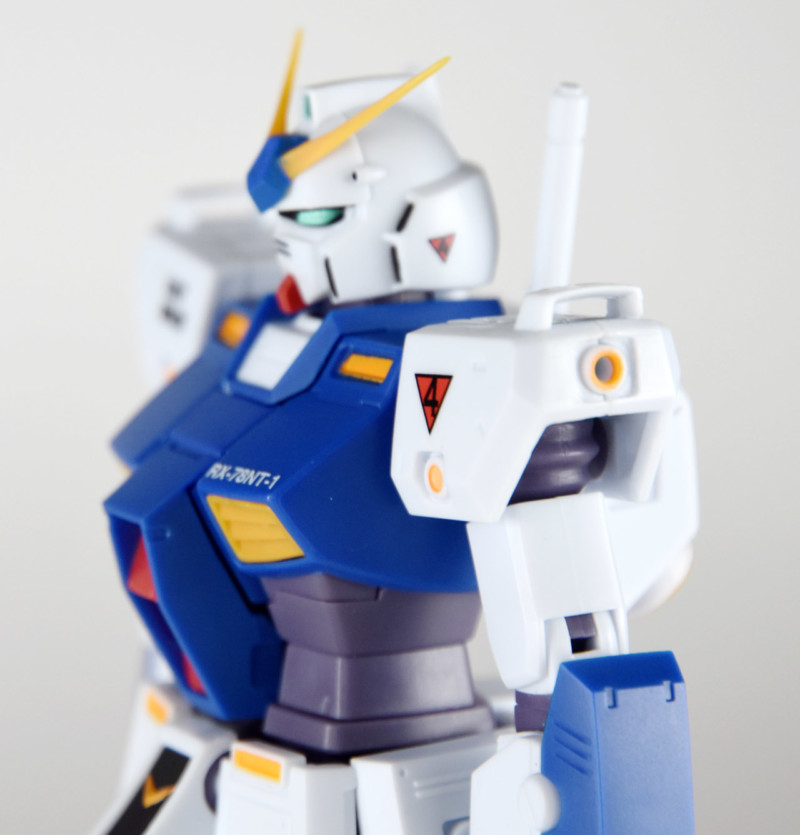 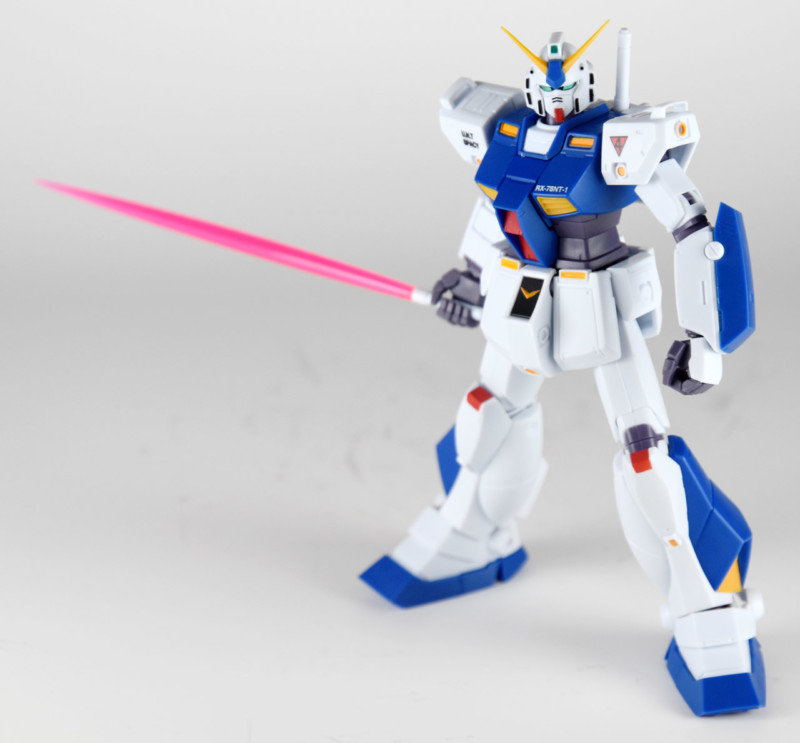 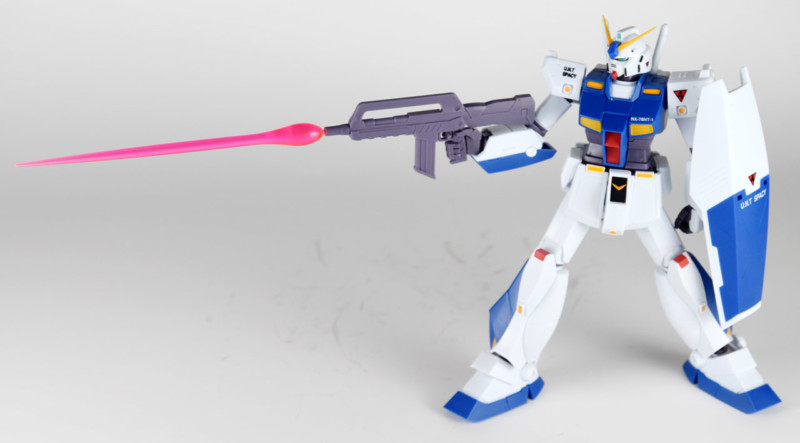 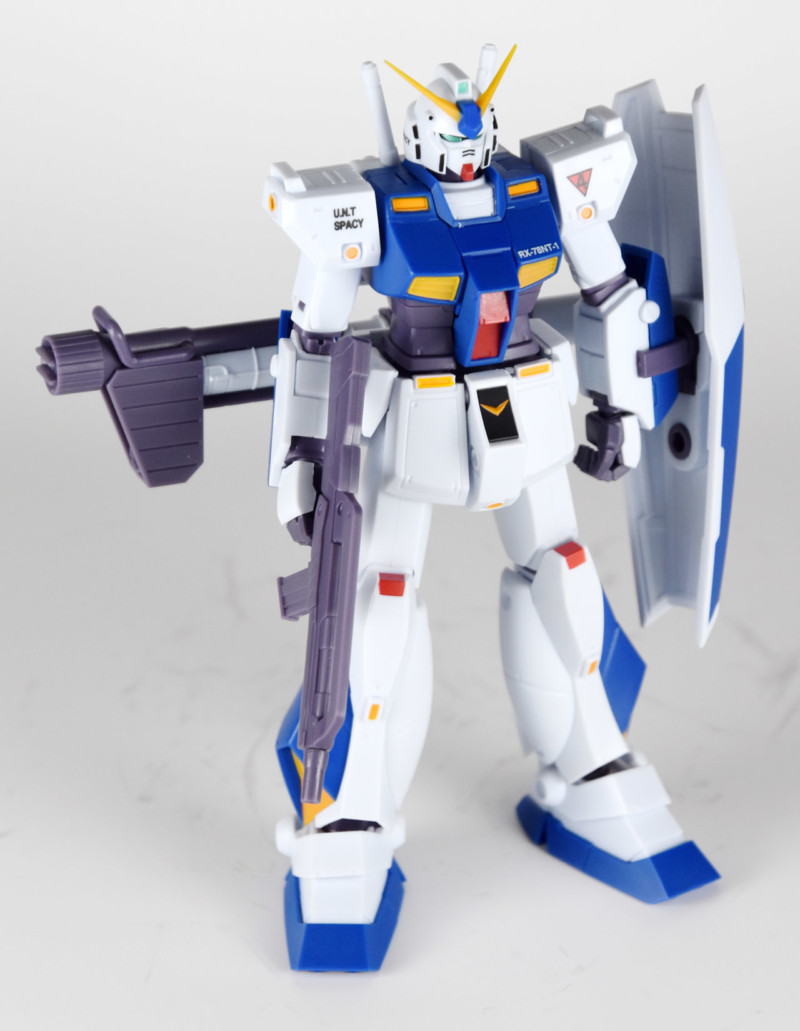 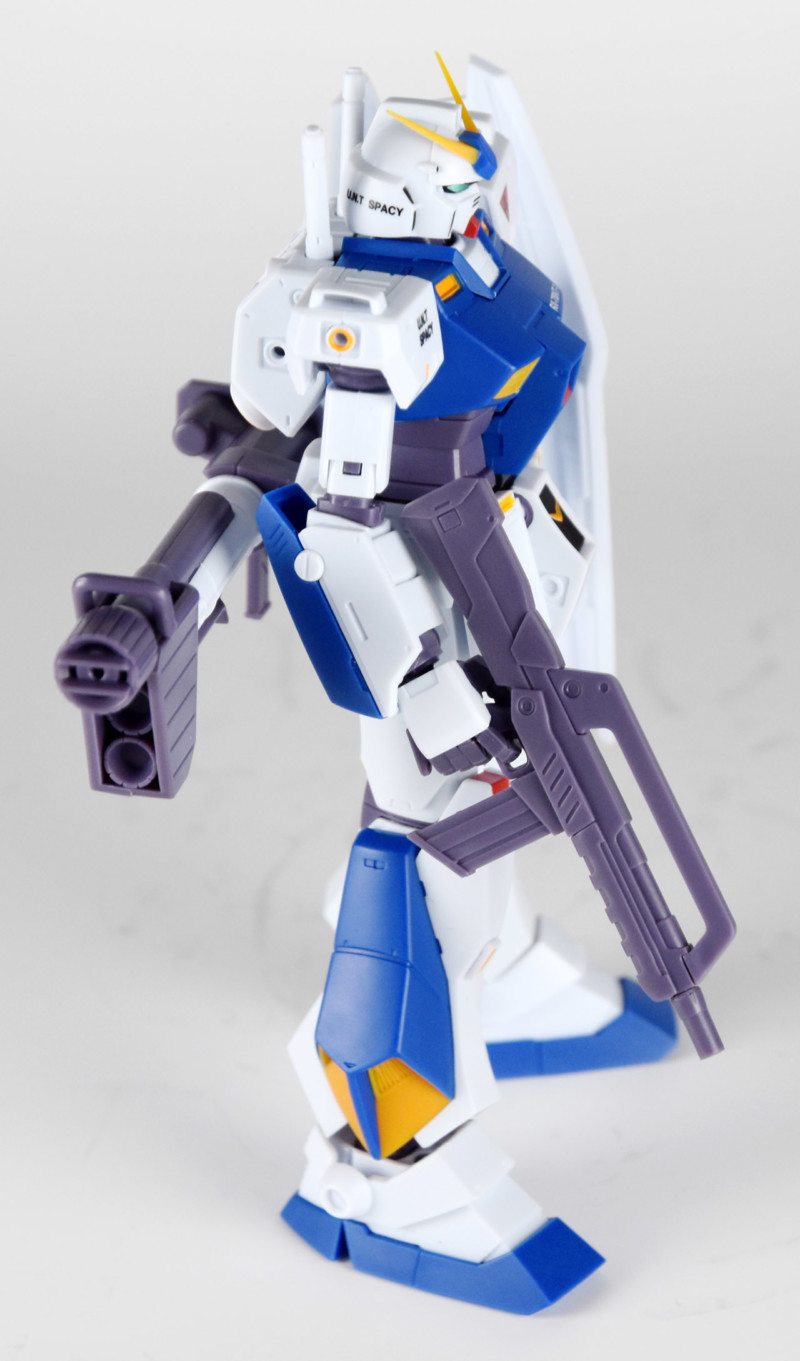 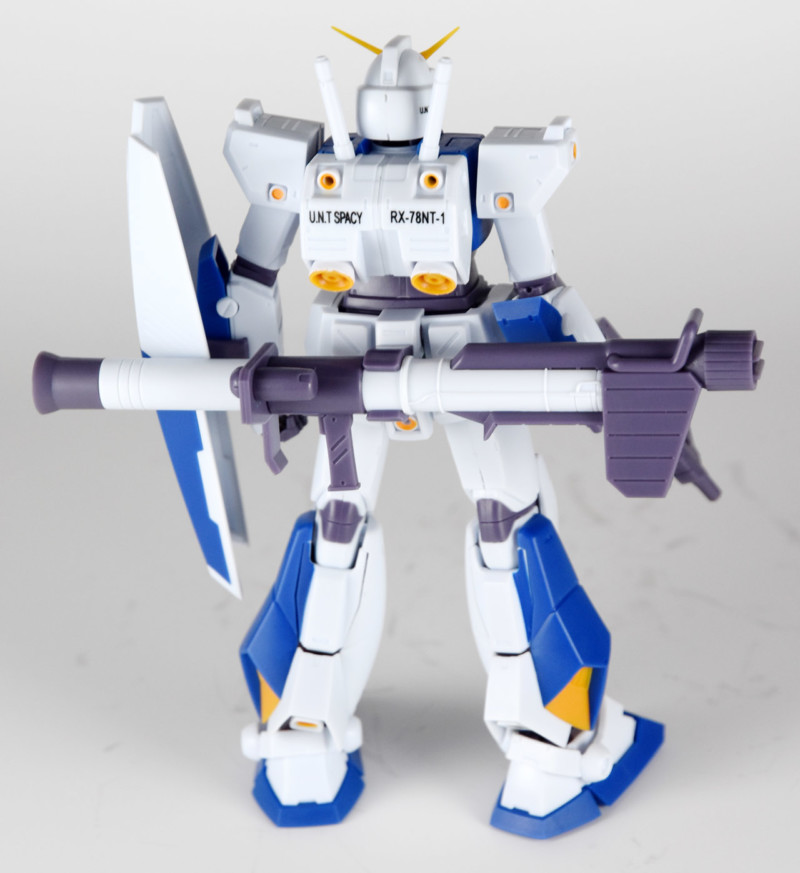 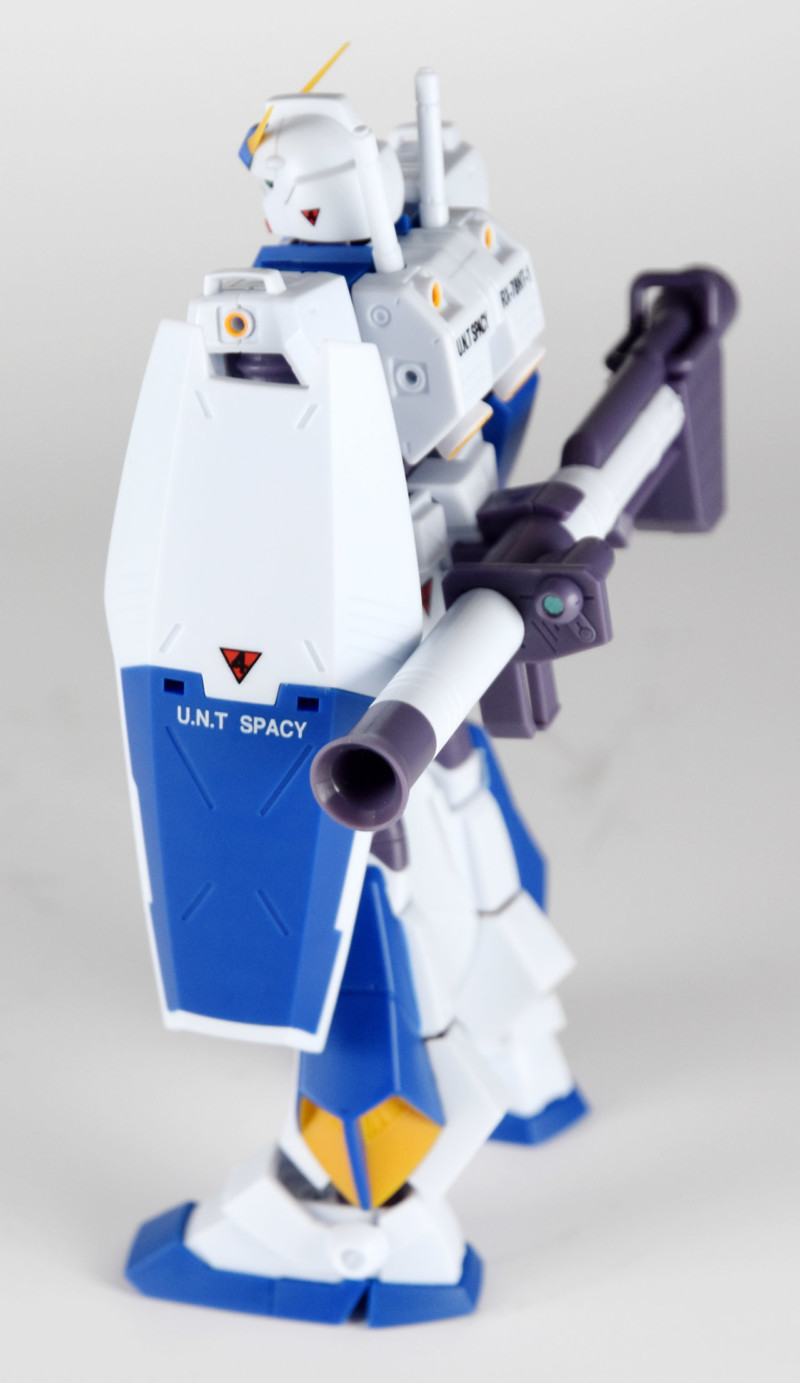 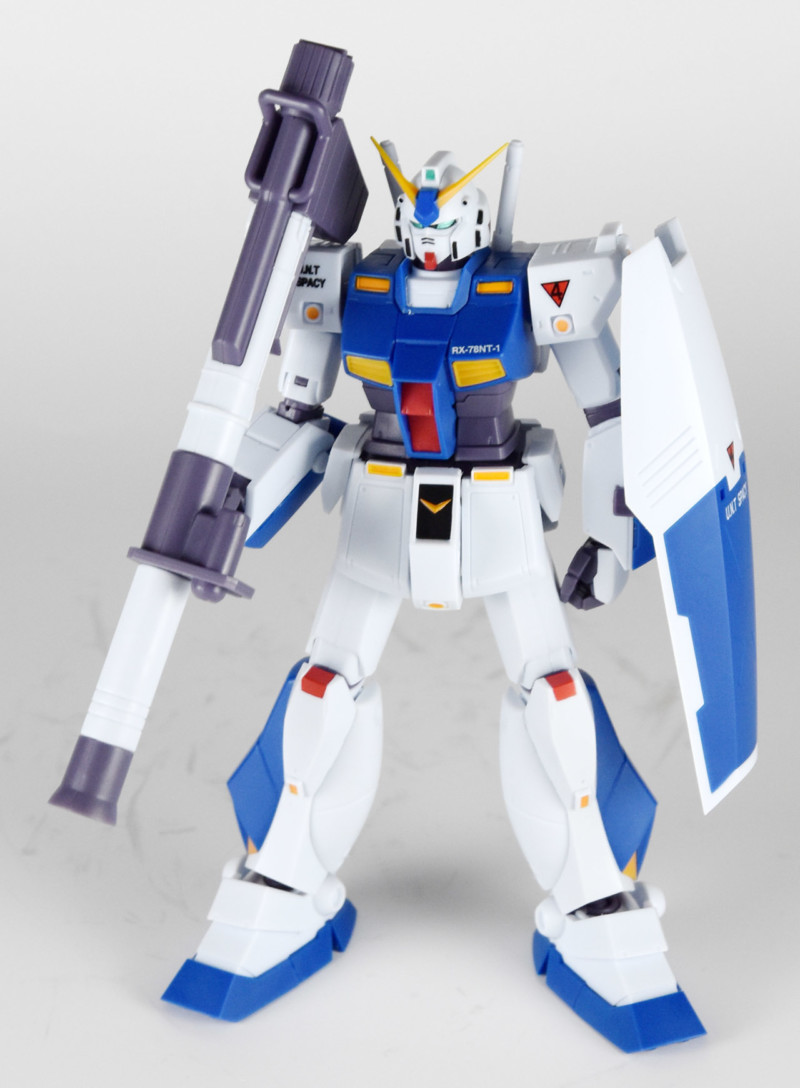 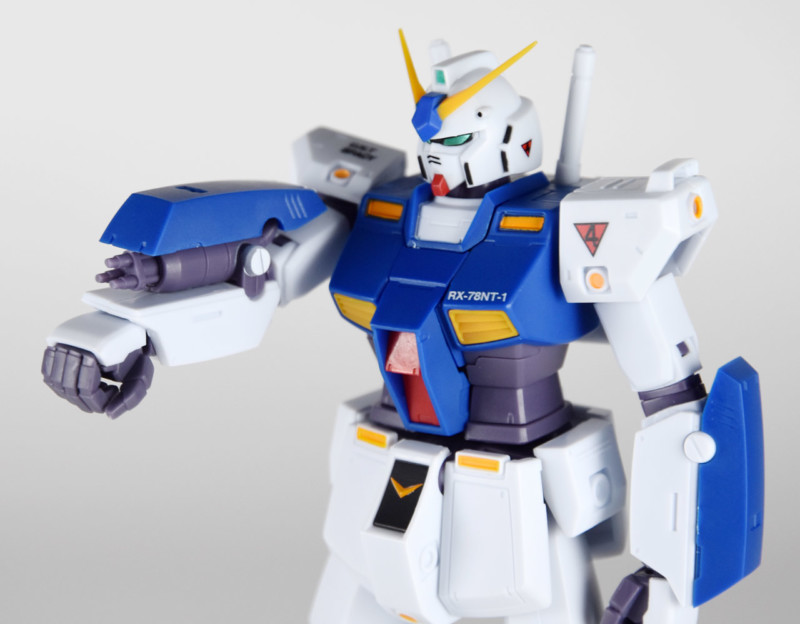 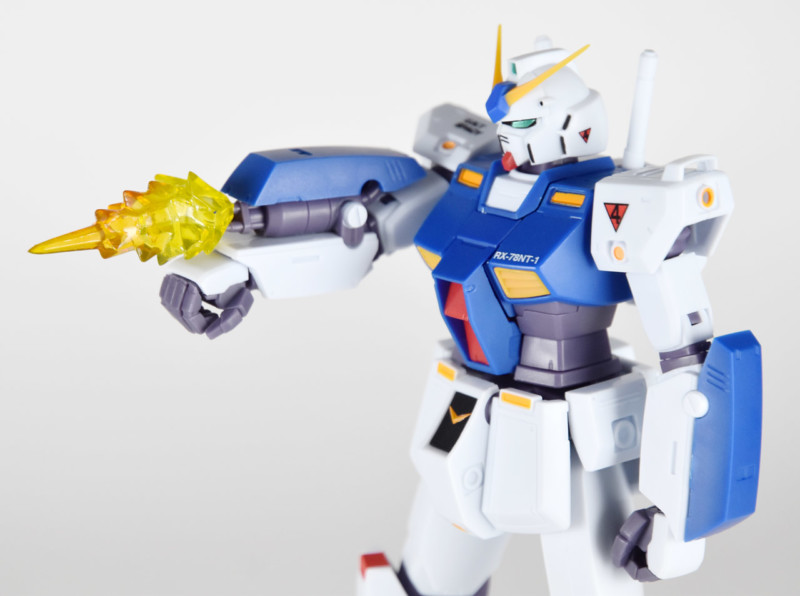 If you are unfamiliar with the ver ANIME line, Bandai goes to great lengths to make the toys look like they do in the host anime, as well as close to the original line-art. In the case of the Alex, that means things like the beam rifle, shield and hyper bazooka are from the line-art, as they were never animated.

The articulation is also very comprehensive, with the chest able to fold inwards. The legs are also spring jointed on the rear of the calves to allow for the famous crouching pose. The feet also can split in two places for further posing. The arms and elbows also have a more complex setup to cater for the forearms internal Gatling cannons. The parts for these have to be swapped out but the result is very accurate to the original design.

The sculpt and details are generally very clean and very nicely done. This is nicely faithful to Yutaka Izubuchi’s original design and that makes me very happy indeed.

You also get a wide array of effects parts and accessories, as well as support for accessories from other ver ANIME releases. This Alex also supports one of Bandai’s Tamashii Stands (sold separately) but as this is primarily a ground-based Gundam, the figure works perfectly fine without one.

Overall, this is a very nice toy of a classic Izubuchi design. It’s remarkably well made for something so affordable and comes with a lot of nice accessories. While the Chobham Armor set is absent here, my guess is that it will likely turn up as a bonus in another ver ANIME release, such as with the Kämpfer. Anyway, if you are a fan of Gundam 0080: War in the Pocket, then definitely pick this Alex figure up, it is very nicely done.