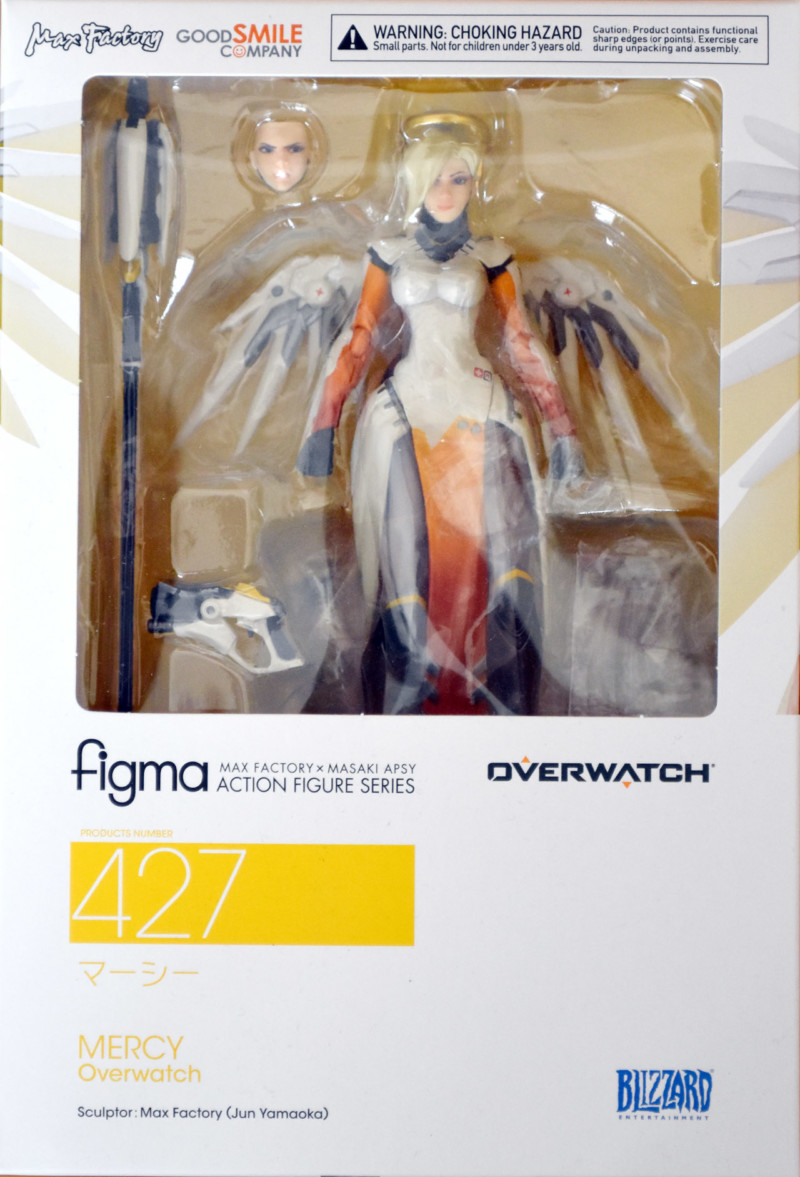 If you are an Overwatch fan, then you should be happy with Good Smile Company’s output as of late. With one of the more recent releases being that of the figma for Mercy.

Mercy’s real name in the Overwatch story is that of Angela Ziegler and is of Swiss origin. Her main role in the games is mainly as a support character but she also interesting offensive capabilities as well.

Obviously, Mercy is very much inspired by the Valkyries of Norse mythology, who decide who will die on the field of battle and take those who are worthy to Valhalla.

This nod to Norse mythology is very much part of the character, as the name of her “Valkyrie Suit” (shown below) attests. 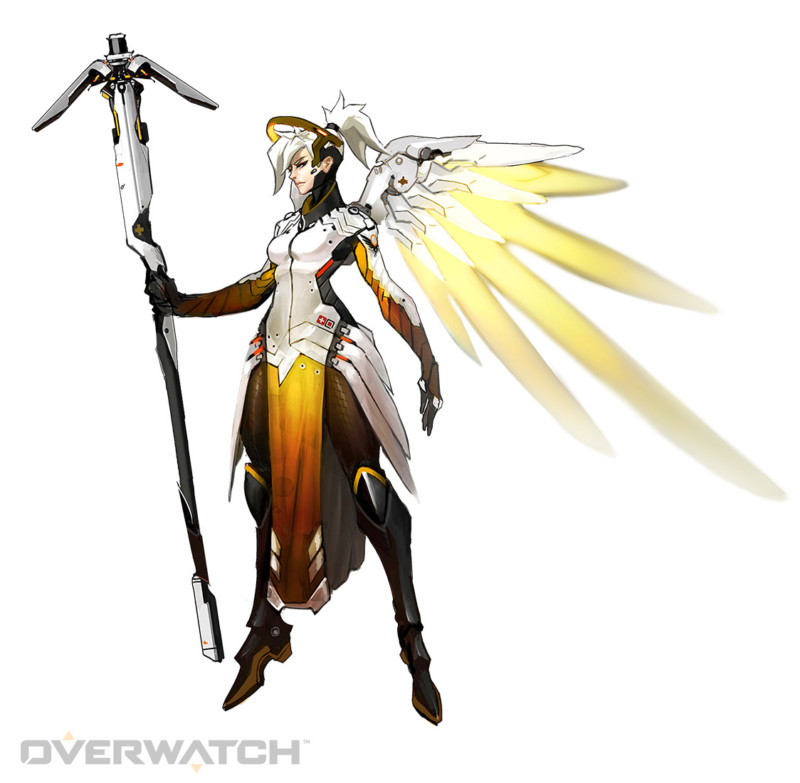 This also explains Mercy’s lovely wings and these are very much present on the figure.

Like with other figma releases, the amount of accessories is pretty extensive but the figure itself is rather straightforward, though obviously very accurate to the host game. 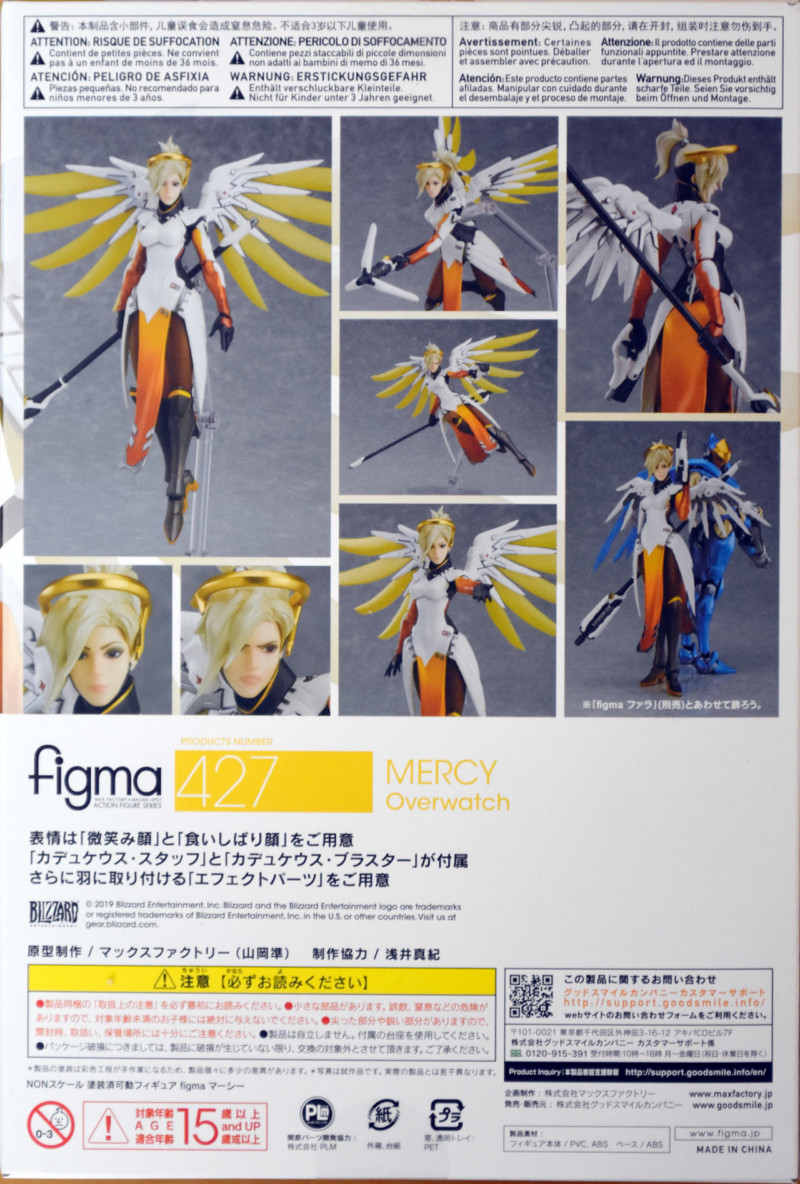 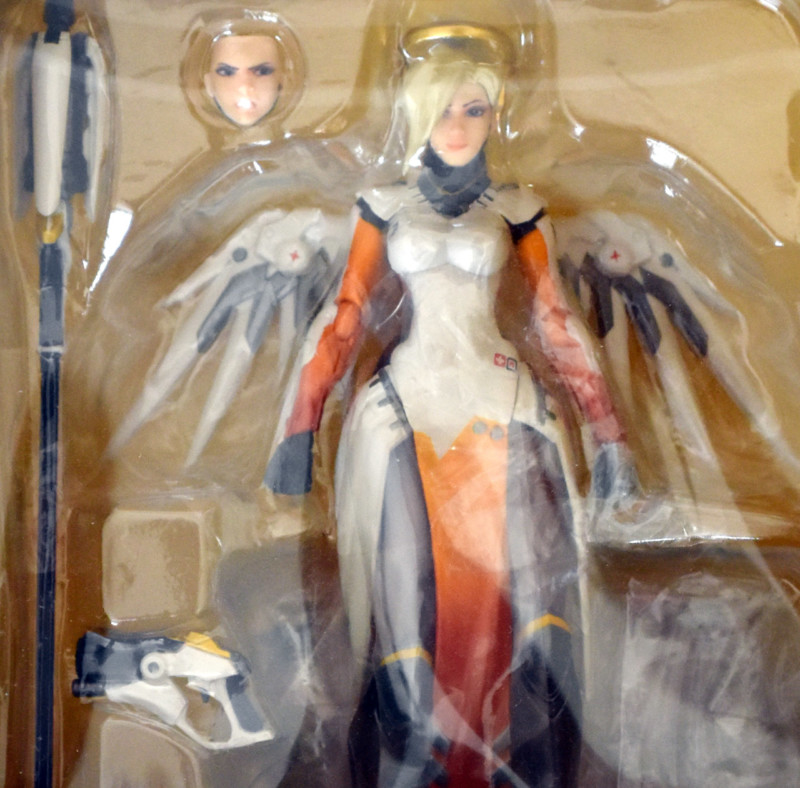 The review for Mercy will be up shortly, so keep an eye out for that.