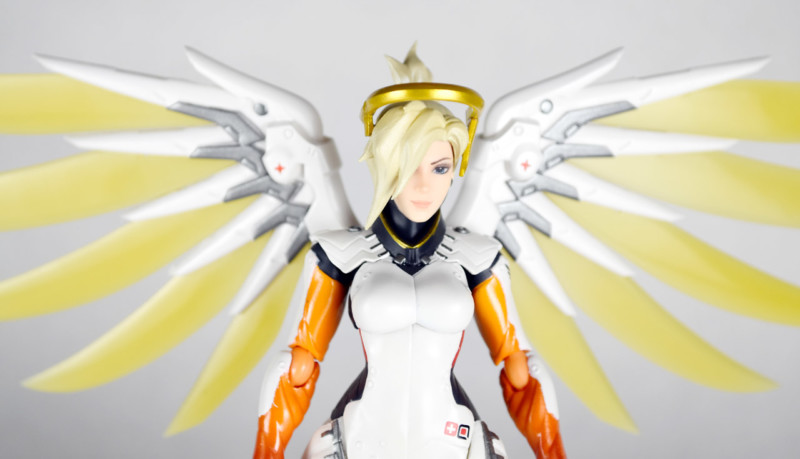 Following the unbox here is the review of the new Mercy figma from the game Overwatch. Like with other figma releases, this figure is very nicely done.

Released back in January, this is one of first articulated figures of Mercy, as most of the previous efforts have been of fixed pose statues. The results are solid though and very true to the character from the game. 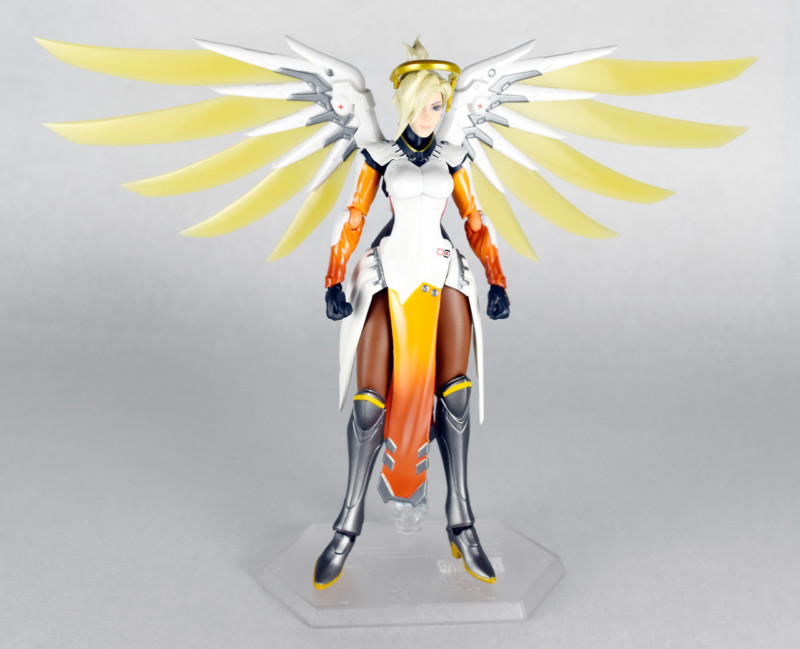 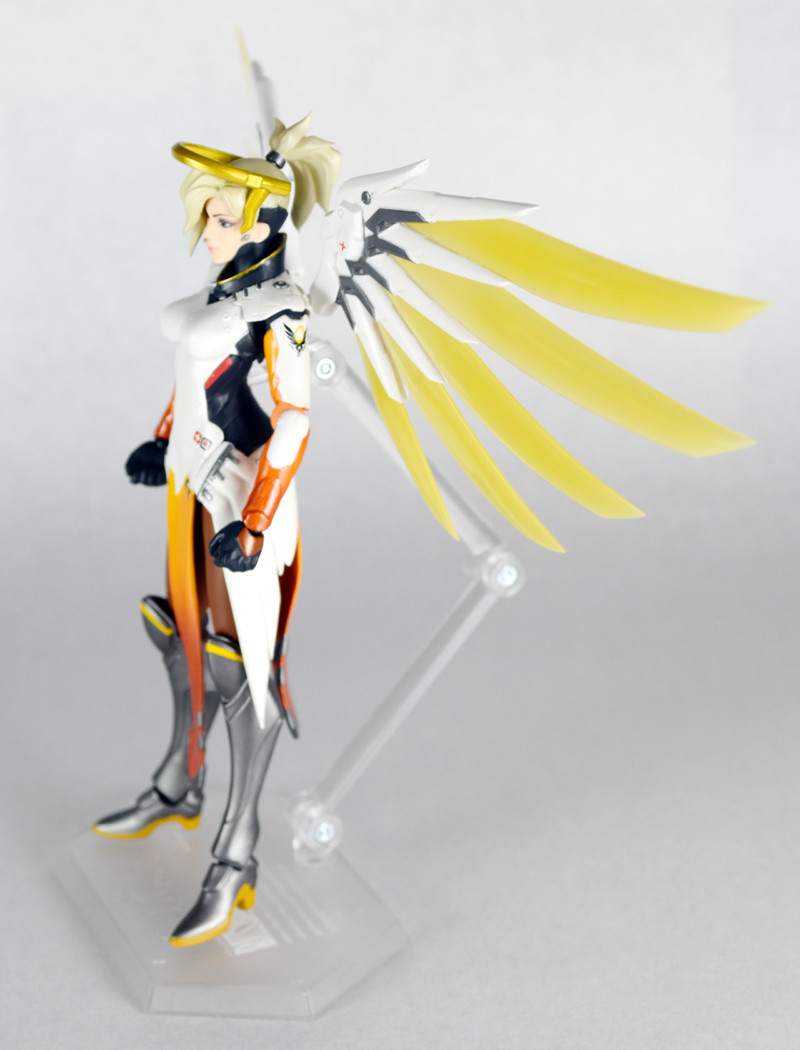 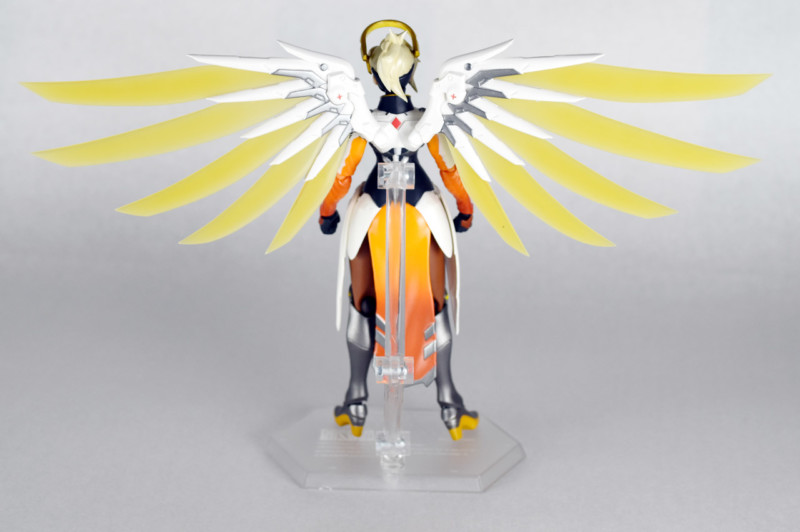 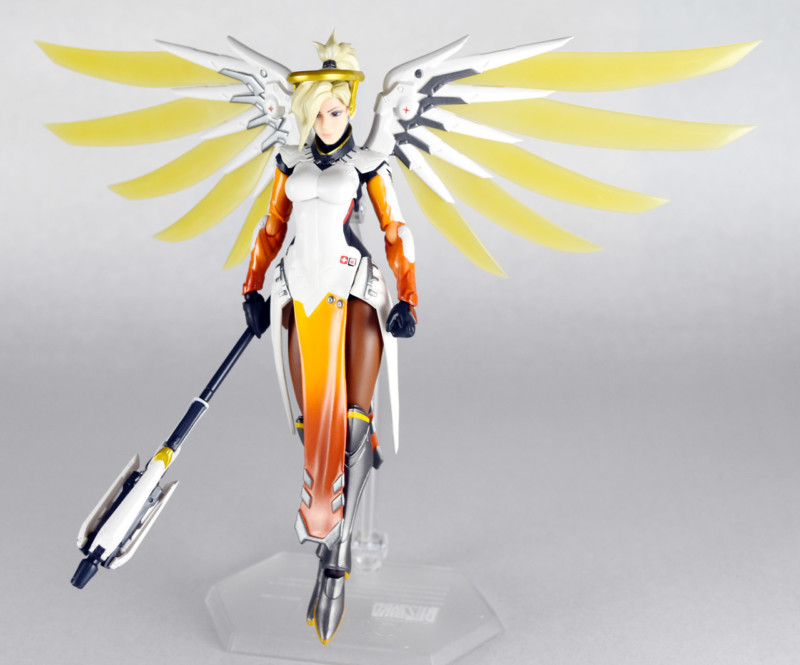 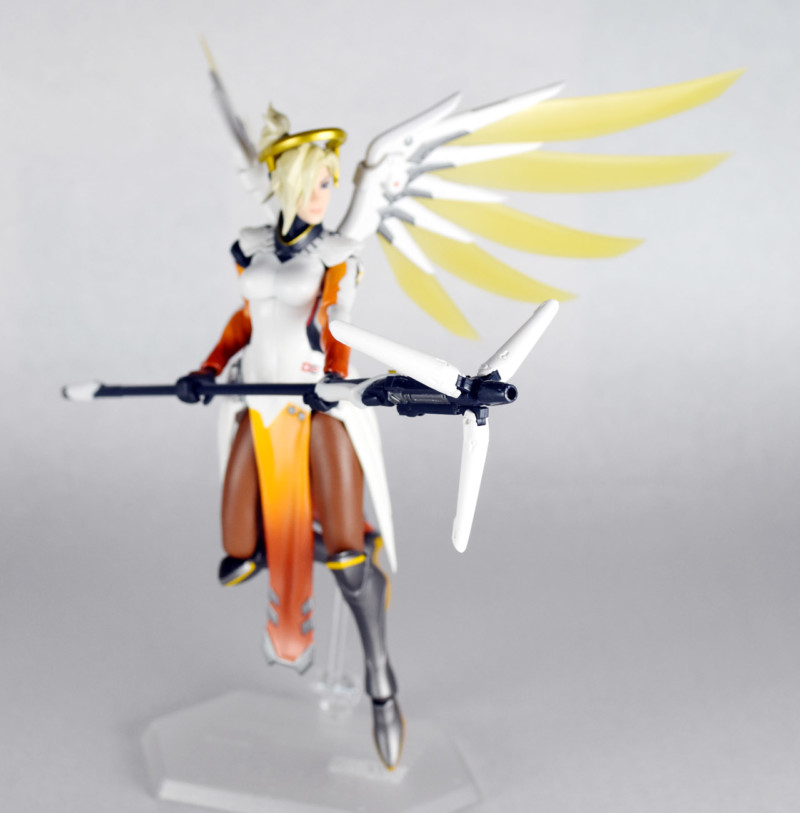 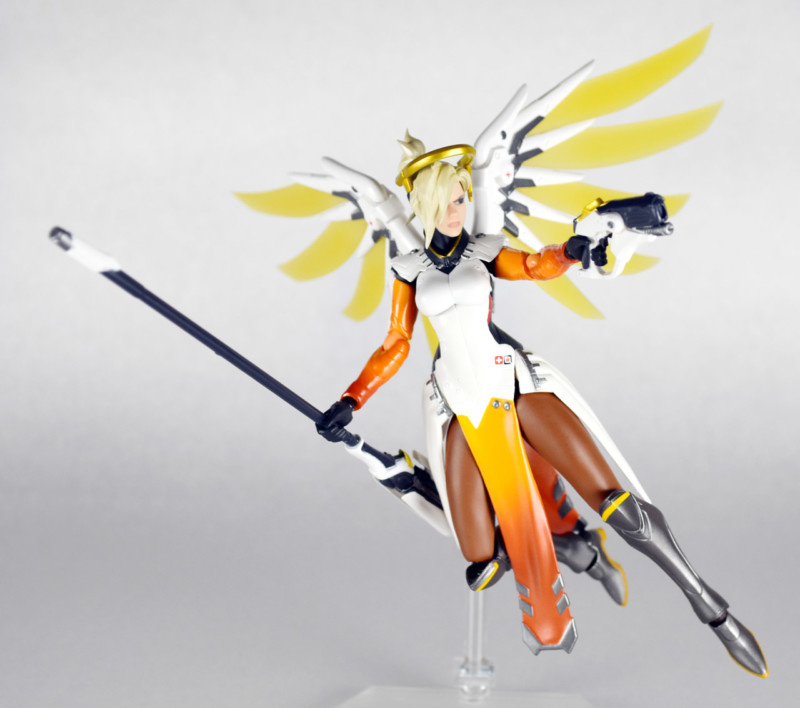 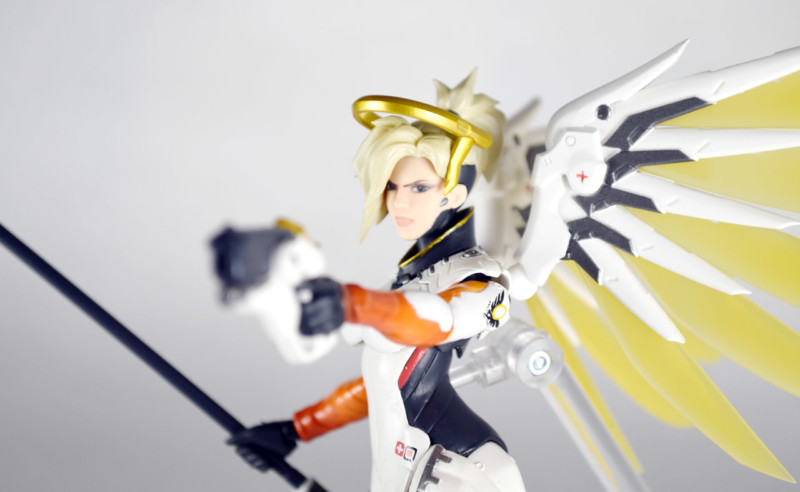 In terms of accessories, you get a lot here. From all manner of hands to different faces, as well as the Caduceus Staff and Caduceus Blaster. So despite the size and price point, this is a pretty comprehensive set.

You also get all the parts to re-produce Mercy’s wings at the rear. The downside of this is that once the wings are affixed, it’s not really possible for the figure to stand upright on its own.

To be fair, this is not so much of issue not least because like with all figmas, Mercy comes with a stand. Not to mention that in the game she is airborne most of the time anyway, so doing those kinds of poses (with the stand) work just fine.

The sculpt and detailing are also spot-on here, with the expressions on the various faces very done and the paint job covering the lovely shading you see in the game.

Overall, this is a very nice figure of Mercy that is not only nicely articulated but comes with a decent array of accessories. For the price point, you get a lot here and if you are a fan of Overwatch and play as Mercy, then this figure is very much for you.