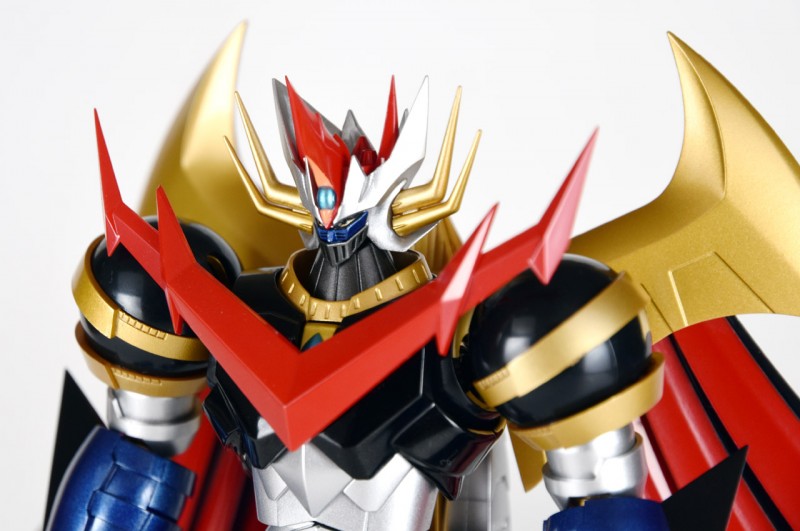 As this is the first time Mazin Emperor G has had a toy made of it, I will be mostly comparing it to the other Super Robot Chogokin releases. It’s a lovely toy, though, and really does a great job of bringing the design to life.

If you are at all curious, then Super Robot Wars V is also available to play in English on both PS4 and Vita. 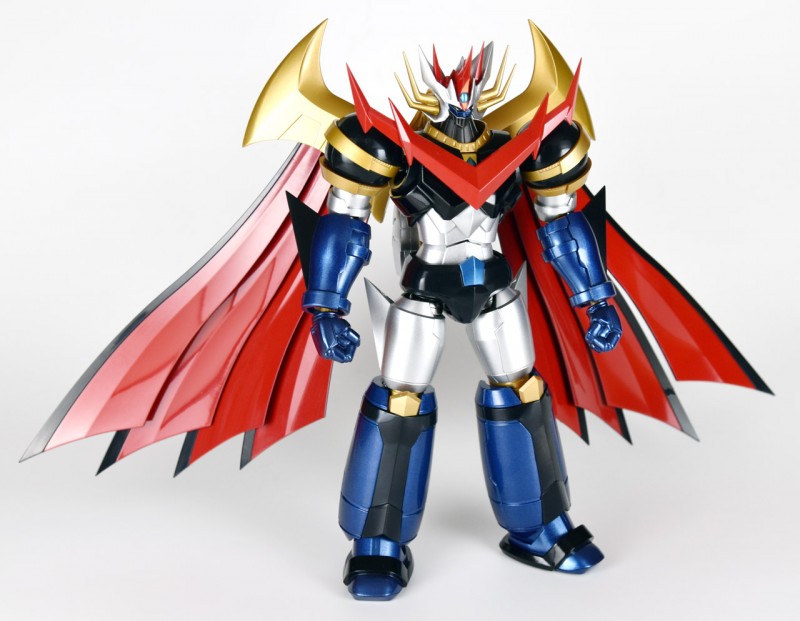 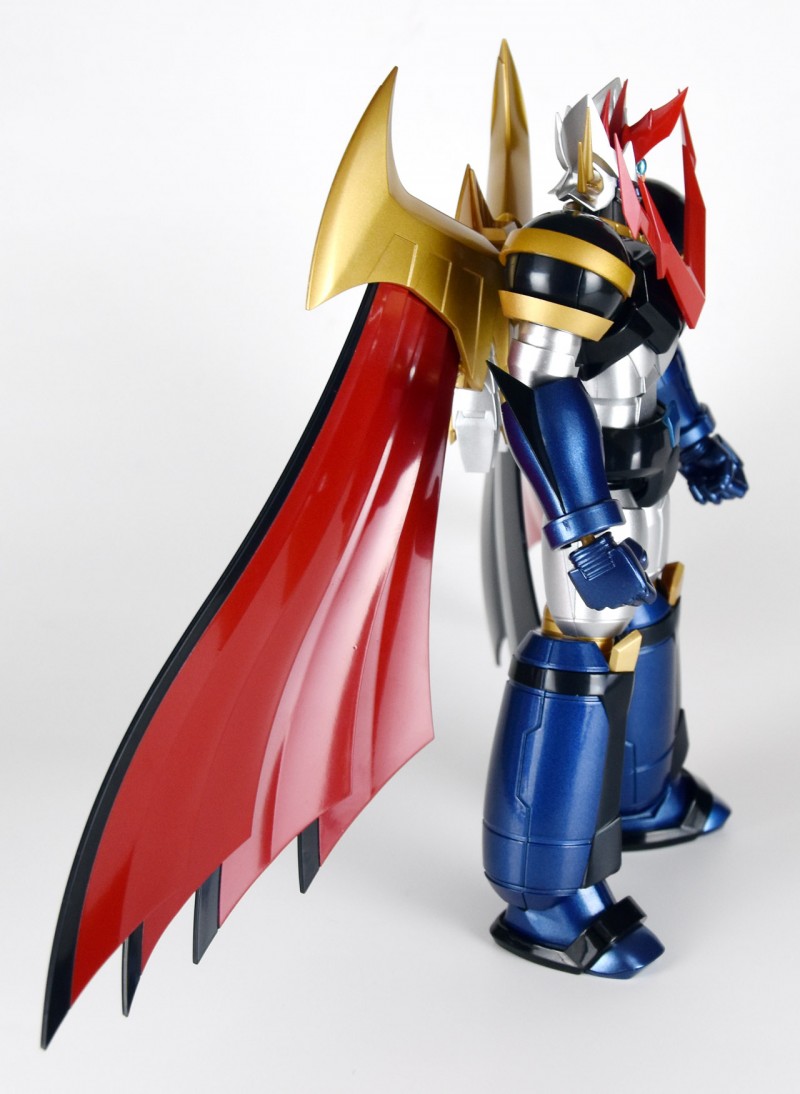 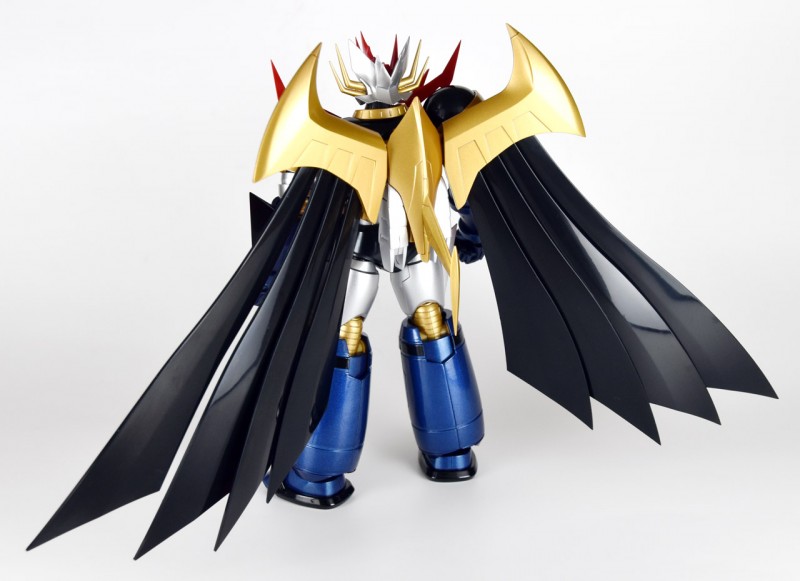 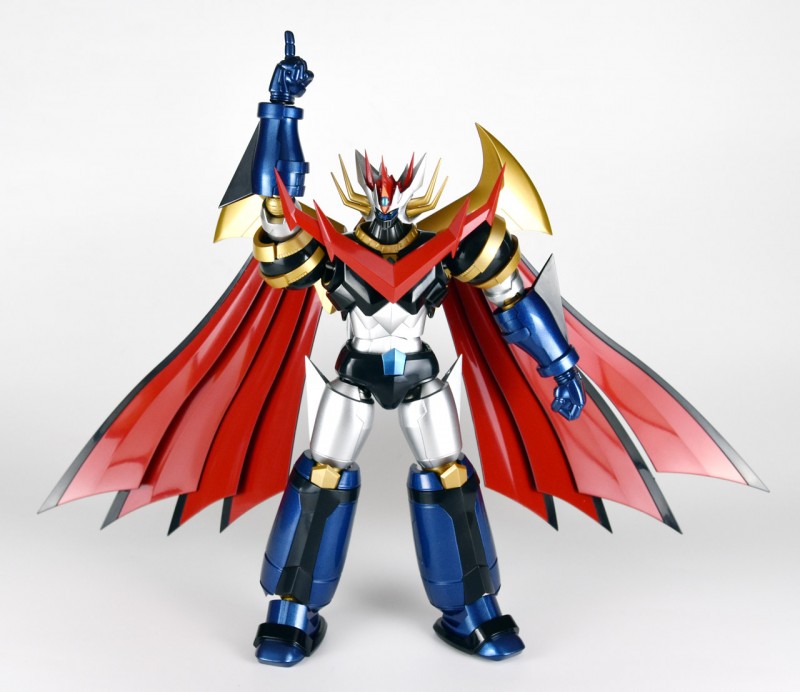 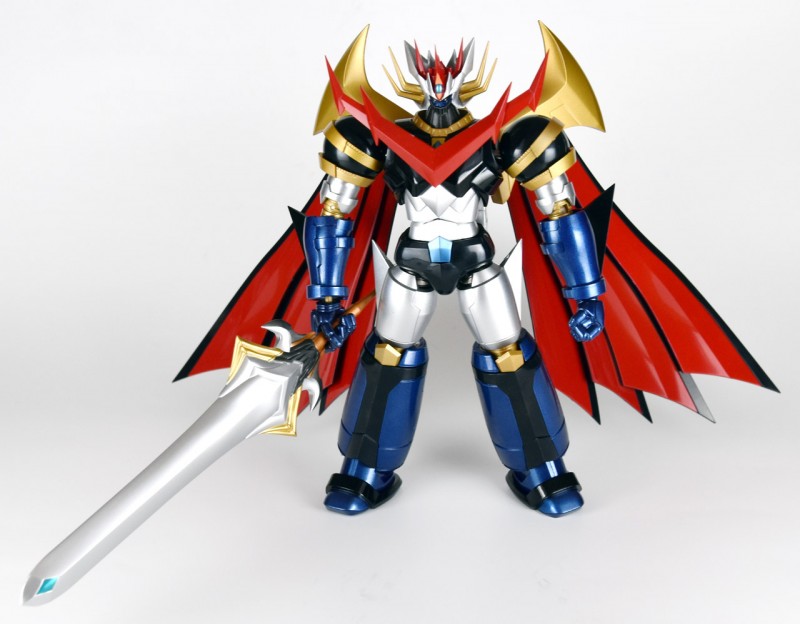 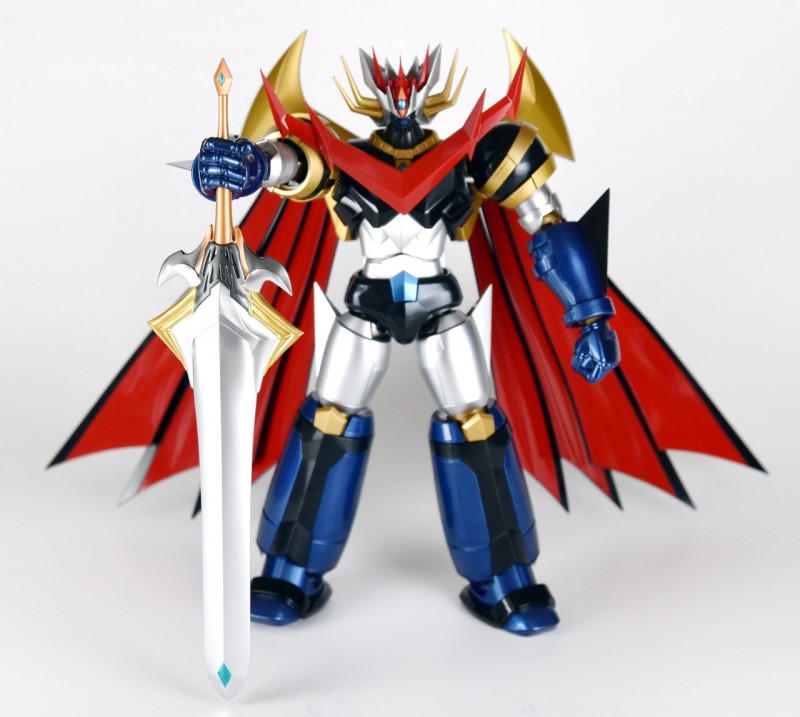 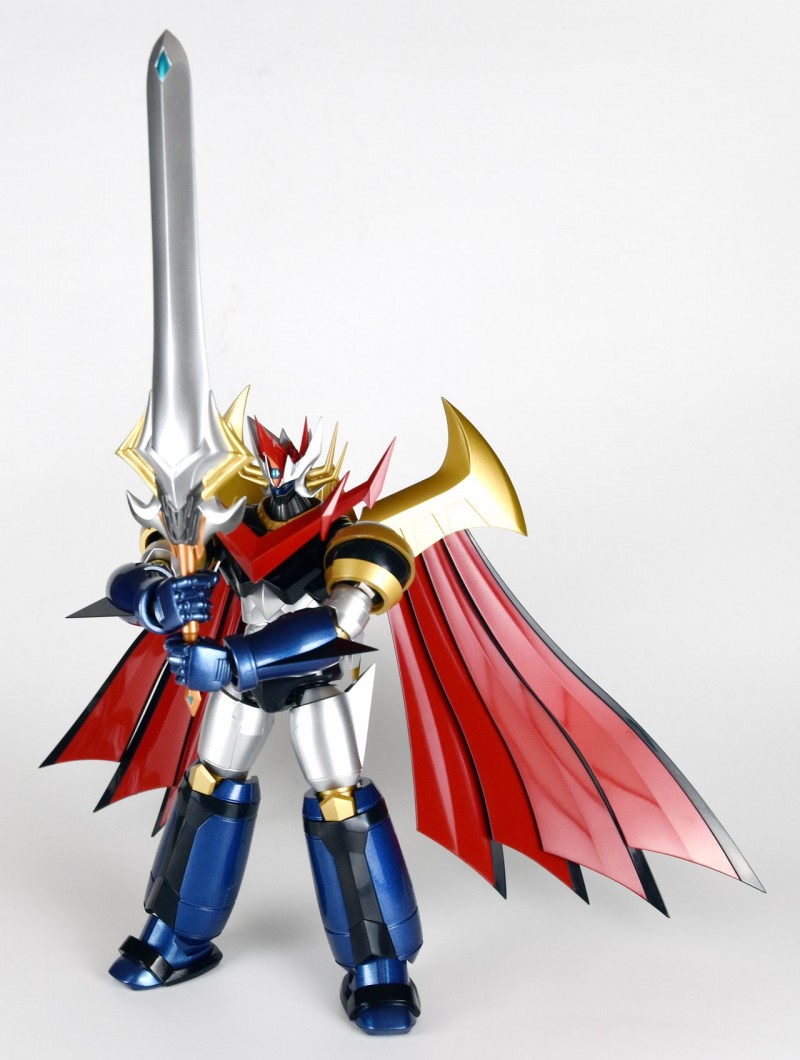 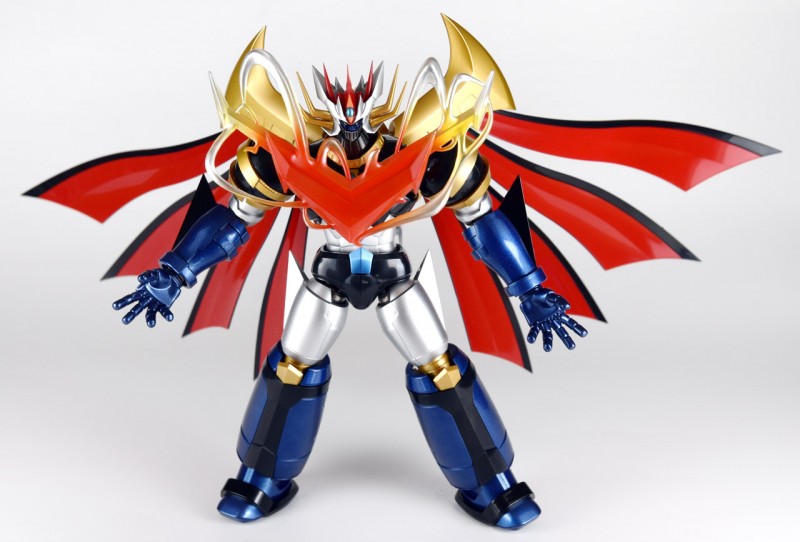 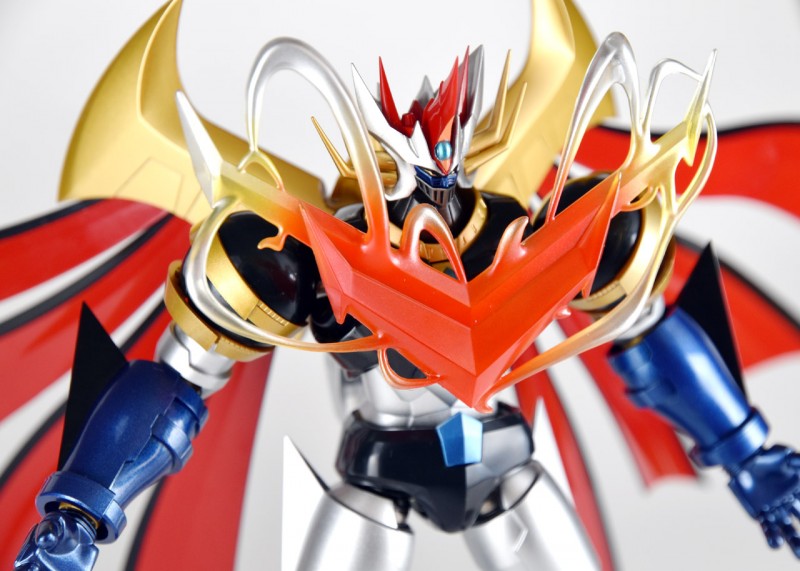 The big takeaway is that like all Chogokin, this Mazin Emperor G uses a lot of diecast. With some in the joints, much of the diecast is present in the leg and body armor, so as to give the toy some weight.

However, the articulation is very modern and closer to the very posable Robot Damashii line. That means you can get quite a wide array of dynamic poses from Mazin Emperor G and play with it without fear of anything breaking.

One downside to this cost saving is that the Super Robot Chogokin releases tend to be light on gimmicks. While Mazin Emperor G has some nice effect parts for things like the Great Blaster as well as the rather large Emperor Sword, this figure does lack the Emperor Blades and other parts necessary to recreate the Scramble Dash.

On the latter this is when the “cape” at the rear folds into the Scrander and the latter then opens up further. Thankfully, the “cape” is poseable but there’s not much else in terms of gimmicks here.

The detailing and sculpt is excellent, though. While the design is a somewhat simpler one than Mazinkaiser, Bandai has done a good, clean job here. You even get the “eyes” detailing on Mazin Emperor G’s face as well, which is a nice touch.

Overall, this is a very playable and nicely hefty toy of the Mazin Emperor G. If you’ve enjoyed playing Super Robot Wars V then you should definitely pick this up, and if you’re more interested in Chogokin, then this figure of Mazin Emperor G doesn’t disappoint.