Toyota is no stranger to the world of rallying, and after a successful bout of championships with the Celica, 1997 saw the dawn of purpose-built ‘WRC’ machines.  Toyota unveiled the Corolla WRC in 1997 and for the ’98 season, they unleashed a full assault on the championship with Didier Auriol and Carlos Sainz.  Tamiya has taken this iconic livery and car and recreated it lovingly in 1:24 scale for rally fans. 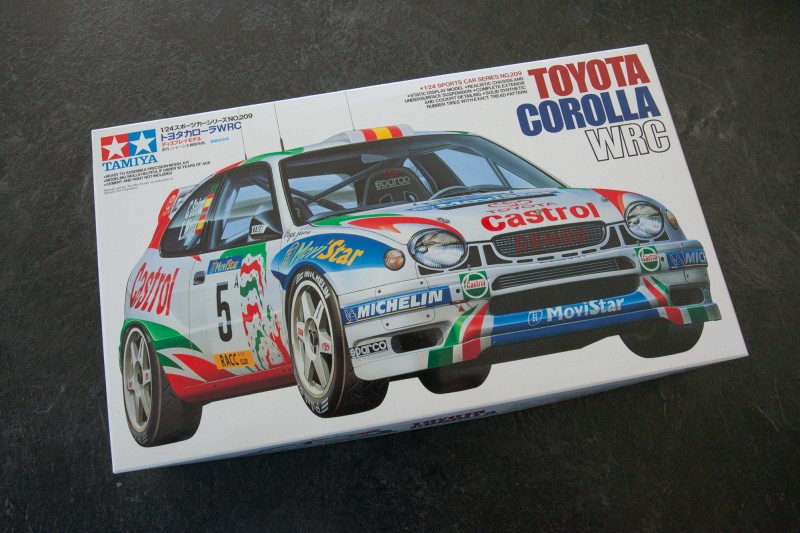 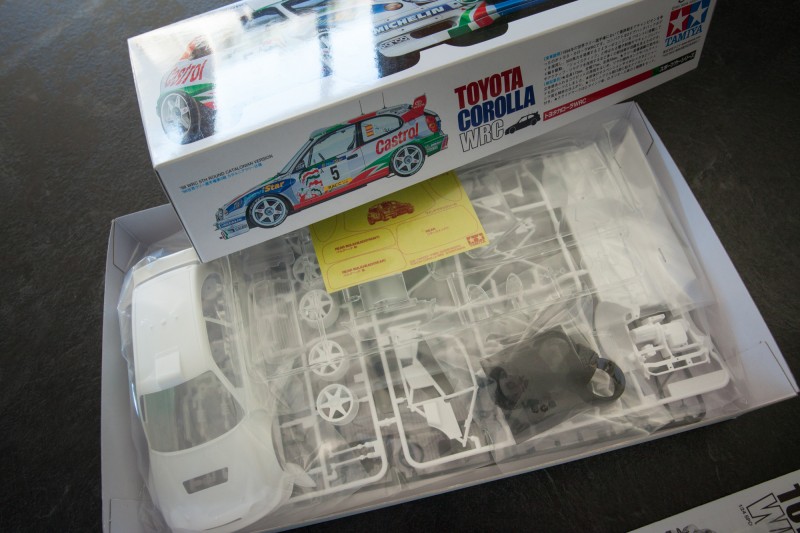 The kitset comes molded in white and black plastic, with typical Tamiya quality wrapped in each sprue bag.  The kit comes with with window masks, rubber tires, and light fittings molded in clear plastic.  The suspension and wheels are perfectly modelled to recreate the unmistakeable tarmac rally stance that these cars were famous for. 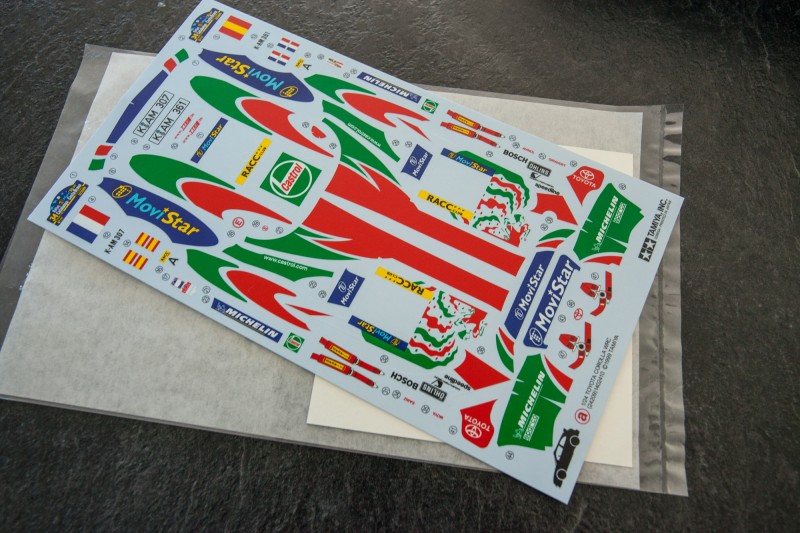 Decals included allow for 2 variations to be built of the 1998 Catalunya Rally: Car #9 of Didier Auriol and Denis Giraudet, and #5 which was driven by Carlos Sainz and Luis Moya. 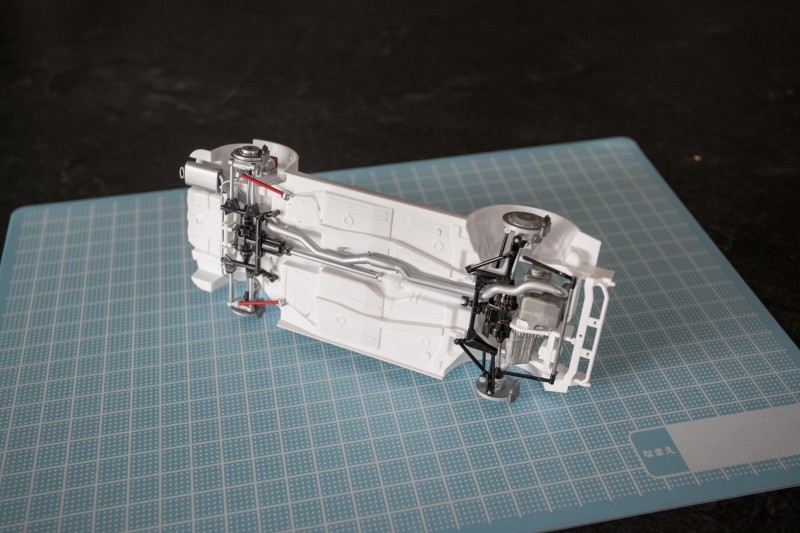 Despite the tarmac spec rally cars sitting low, most of the detail contained underneath in the suspension and drivetrain is lost to viewing once the kit is complete.  However, that doesn’t mean that it isn’t there.  A simple to assemble, yet beautifully detailed underneath is, in true Tamiya fashion, worth spending time on.  The kitset has clear sump guards included so if you don’t wish to cover up all the lovely work, you don’t have to! 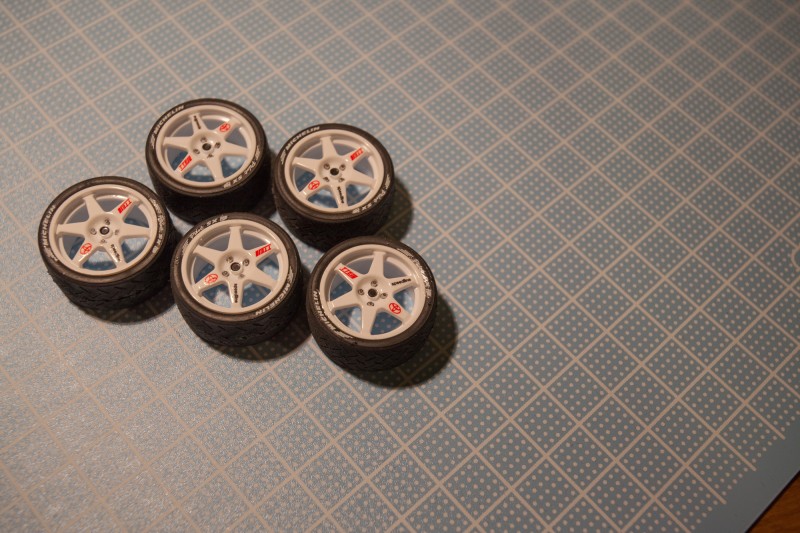 Tamiya has also recreated the Speedline wheels and shrouded them in Michelin Pilot rubber just as was normal in the 1998 season.  Bright white wheels against the big silver brakes looks superb and you can add as little or as much detail work you like.  Either way they look great once you get some decals onto them. 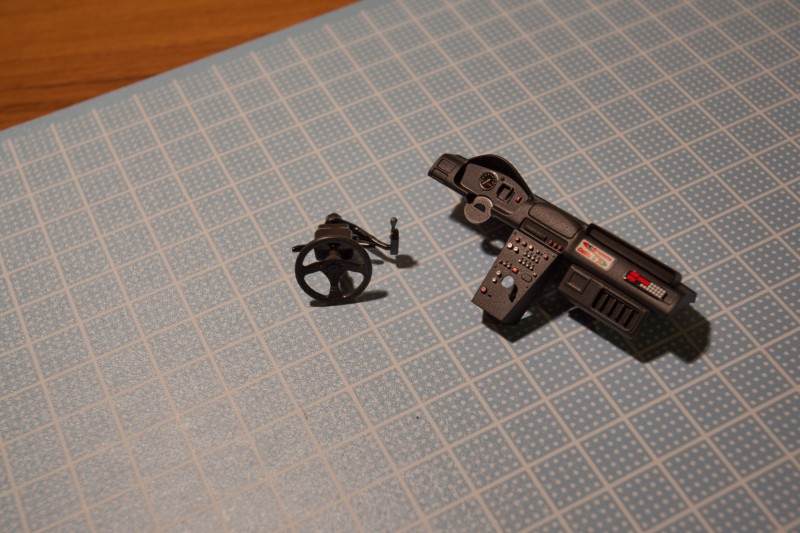 The dashboard as seen in the WRC machine.  It has everything from the stack dash, to the anti-lag switches and co-drivers timing equipment. 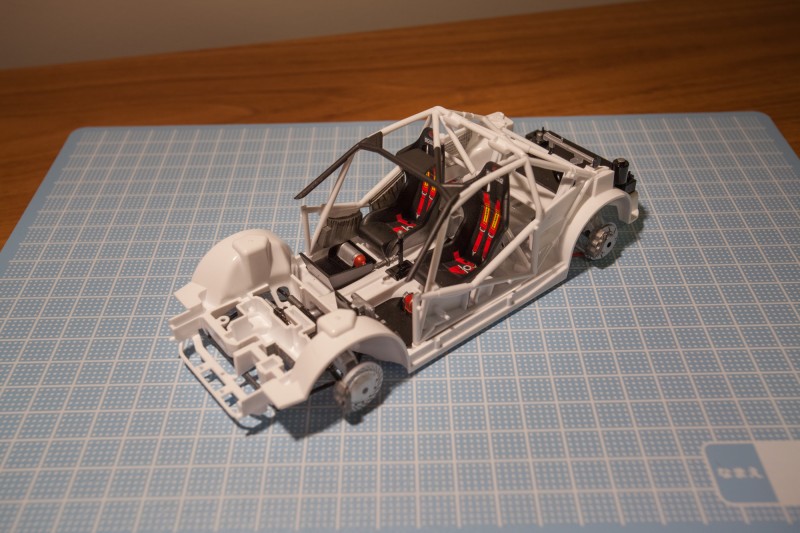 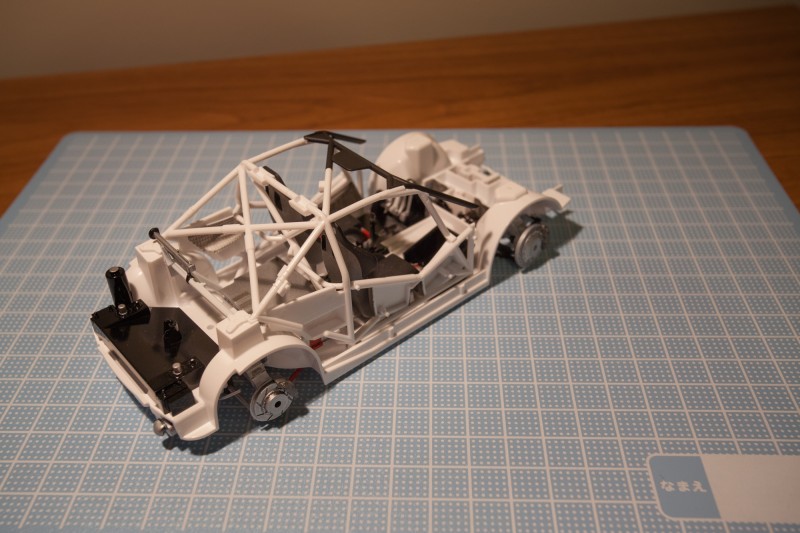 A set of Sparco seats is included amongst a perfectly re-created rollcage.  The rear of the car includes the fuel cell, spare wheel, and rear fire window that separates the trunk space from the cockpit. 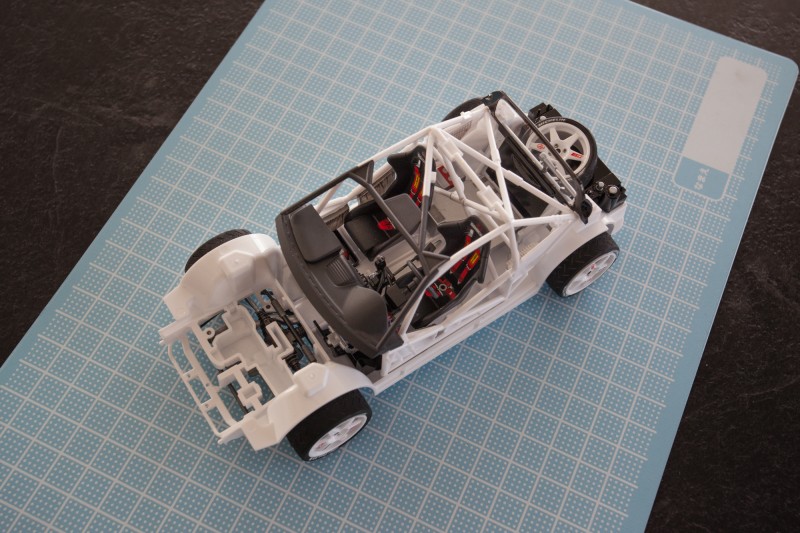 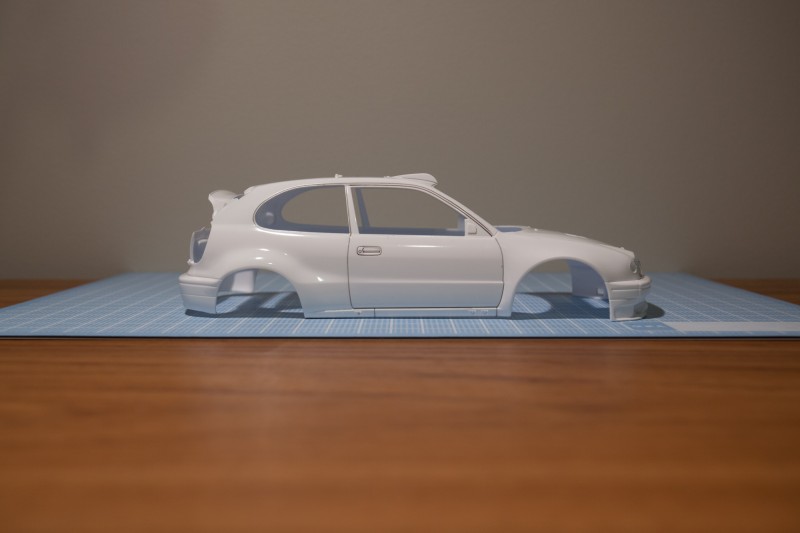 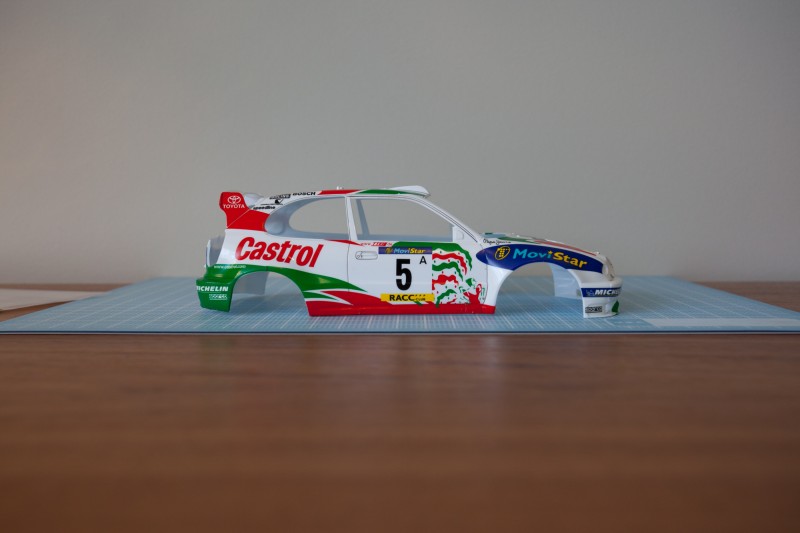 As tempted as I was to leave the car in a pure white livery, I was also itching to get that classic Castrol livery onto the body.  The green decal around the rear quarters comes in 3 pieces and requires a lot of decal solution to get it sitting flat enough to consider finished.  Lots of time and patience is required but is well worth it.  The rest of the car goes together nicely; this car is without a doubt one of the trickiest liveries that the WRC has seen in recent years. 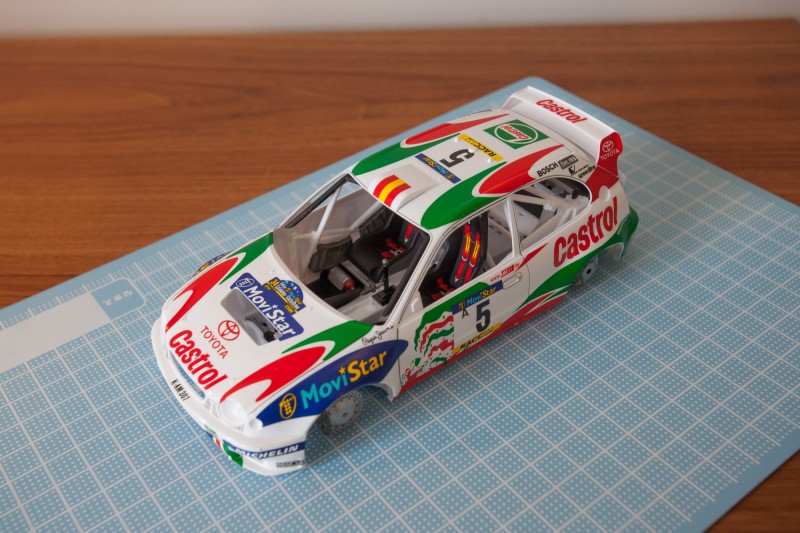 A quick test fit of the body on the chassis and all of a sudden it looks like a rally car.  Prior to adding the decals, I used the Tamiya Panel Line Accent Color to the door jams to break up the ‘block white’.  It added another dimension of realism to the model and is super easy to apply without making a mess. 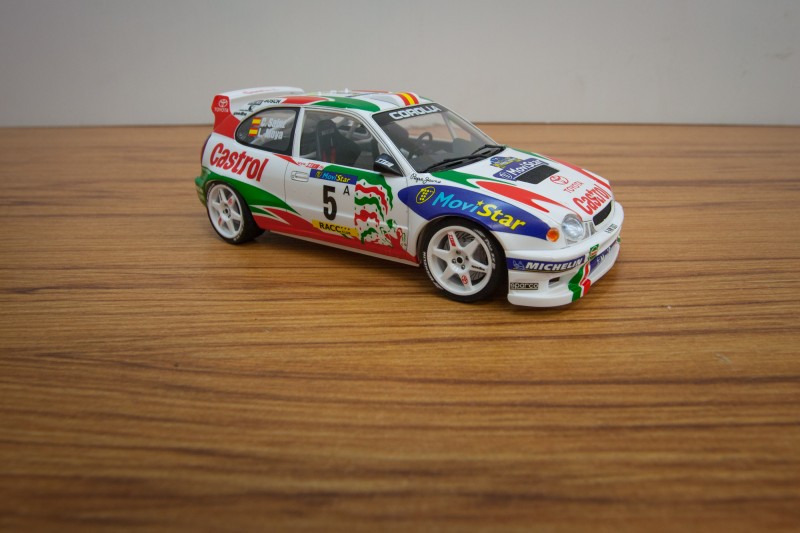 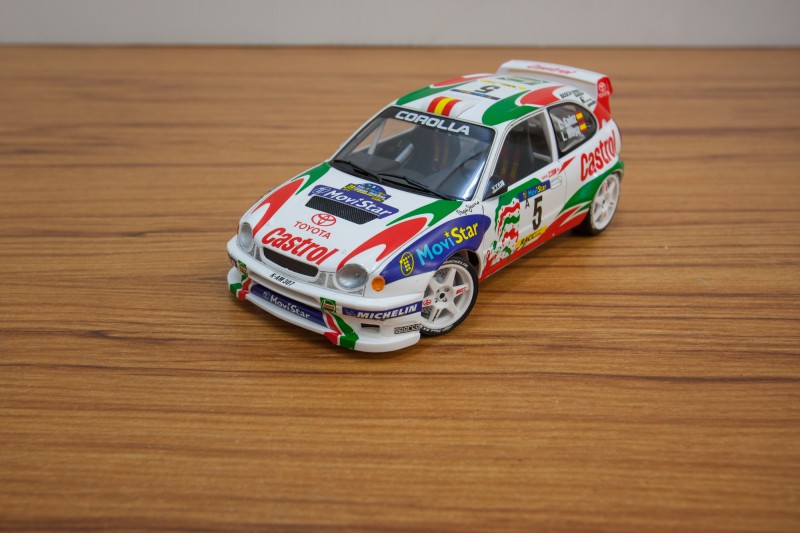 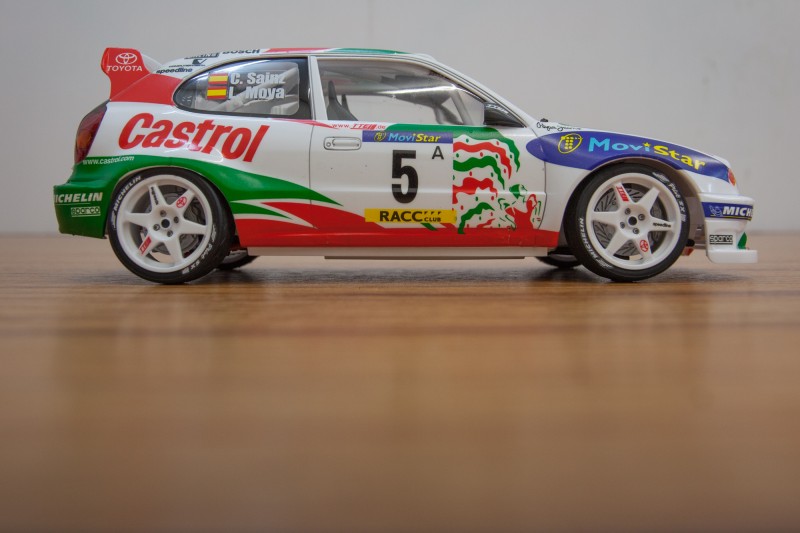 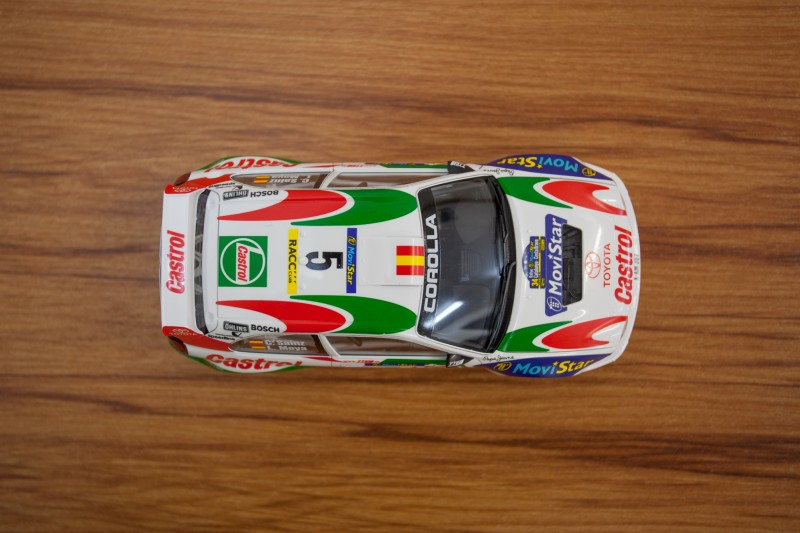 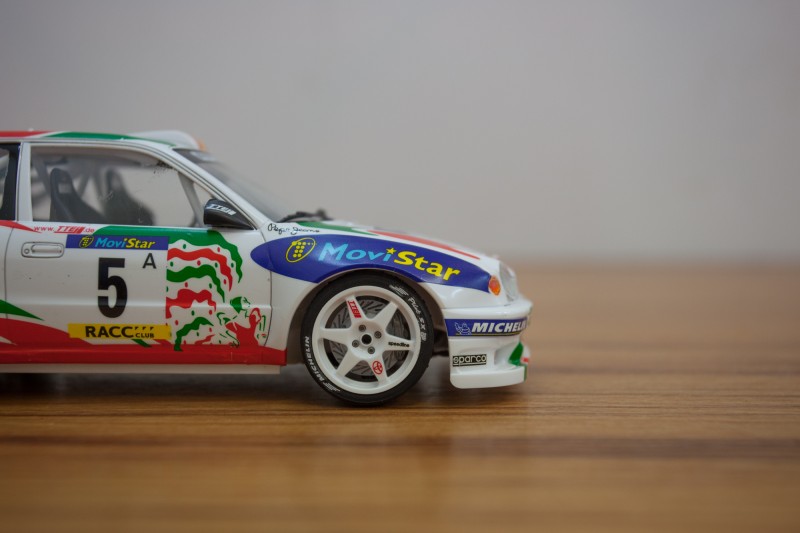 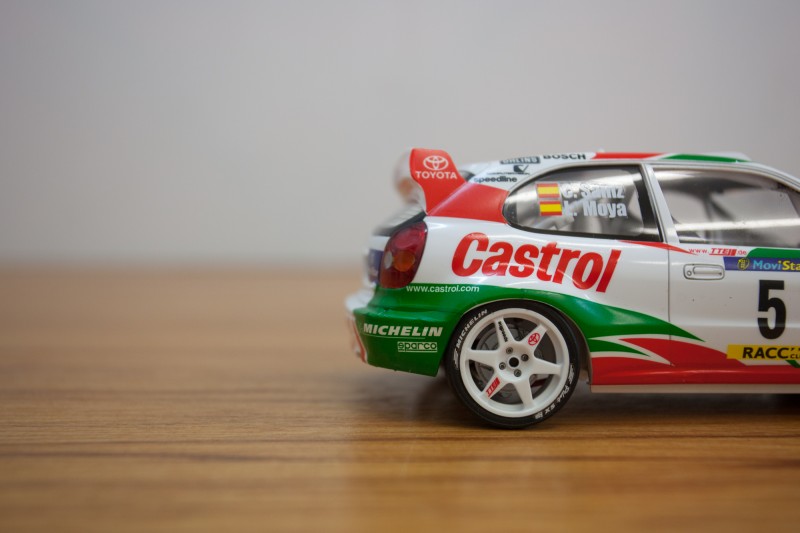 My overall impression with this kit is very good.  Time is required on the decals, but this is worth it in the end.  The fitment of the kit is flawless as we have come to expect from Tamiya.  Overall I would have to give it a 9/10 because of the quality, and how good the car looks once finished.  A classic era of rallying, coupled up with a classic livery makes the Toyota Corolla WRC a must have if you enjoy building rally cars.