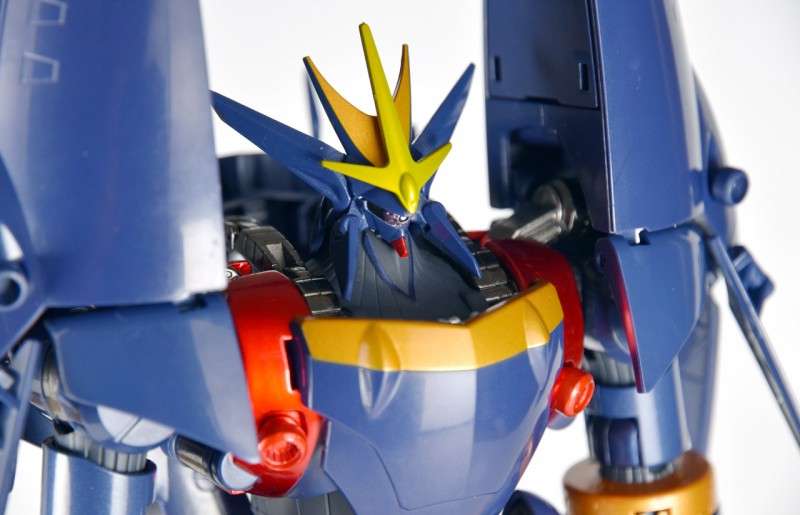 Following the unboxing, here is the review for Bandai’s new recolored Soul of Chogokin Gunbuster from the anime of the same name. The new coloring is very nicely done and all told this is a very impressive toy.

Despite the popularity of the host anime, there haven’t been many proper Gunbuster toys over the years. This is something that Bandai brazenly rectified back in 2006 with its first release of this Soul of Chogokin Gunbuster.

Understandably, it was a popular release and back in 2015 Bandai updated the toy with a new recoloring and it’s this version I will be covering here. 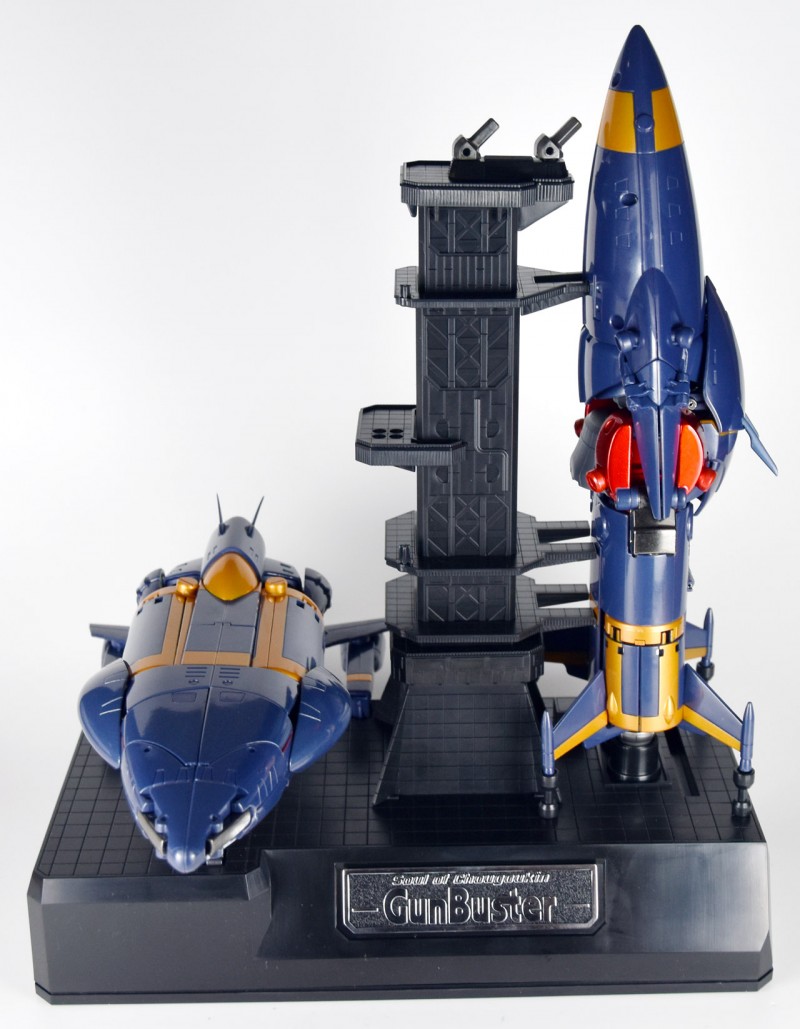 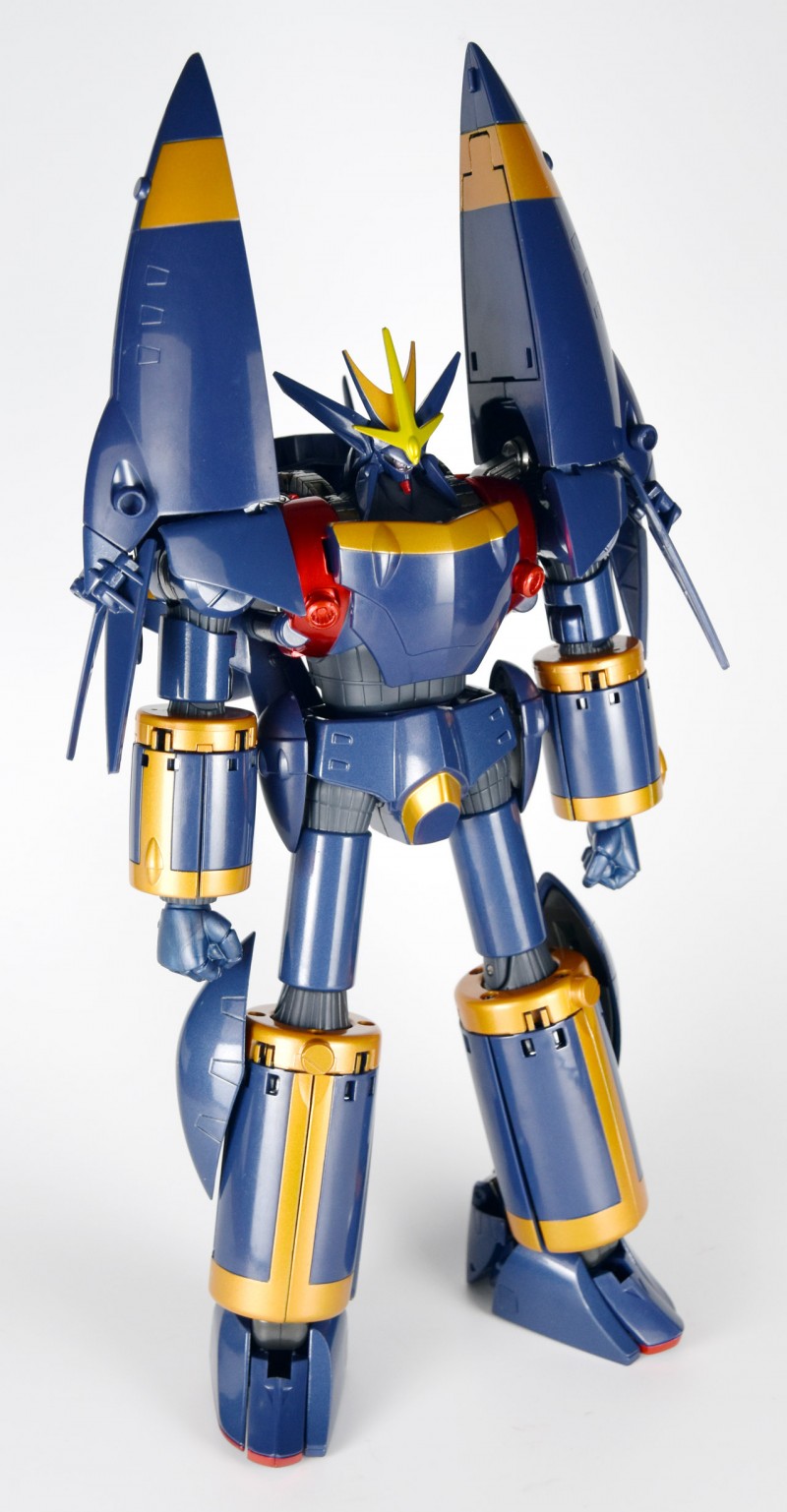 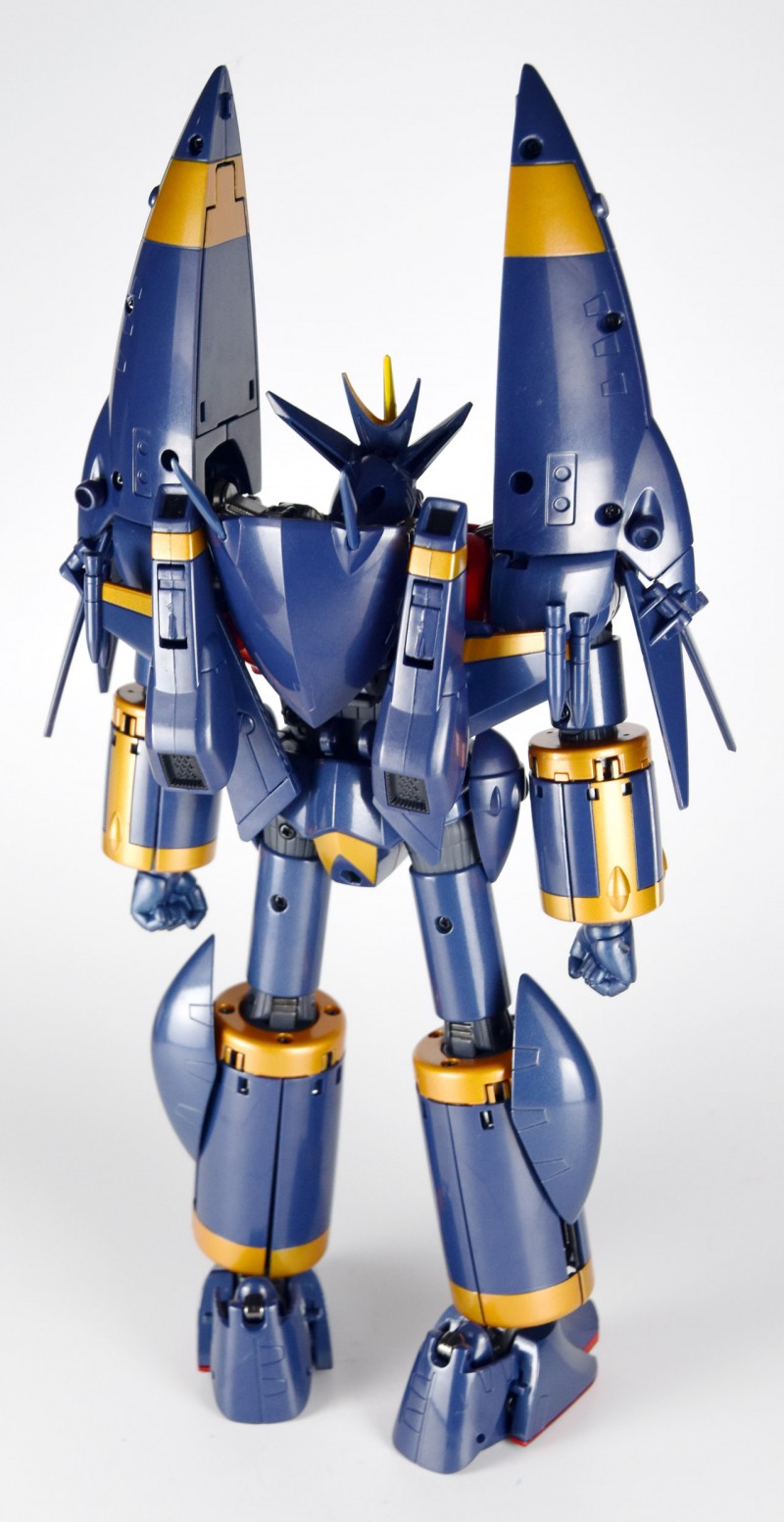 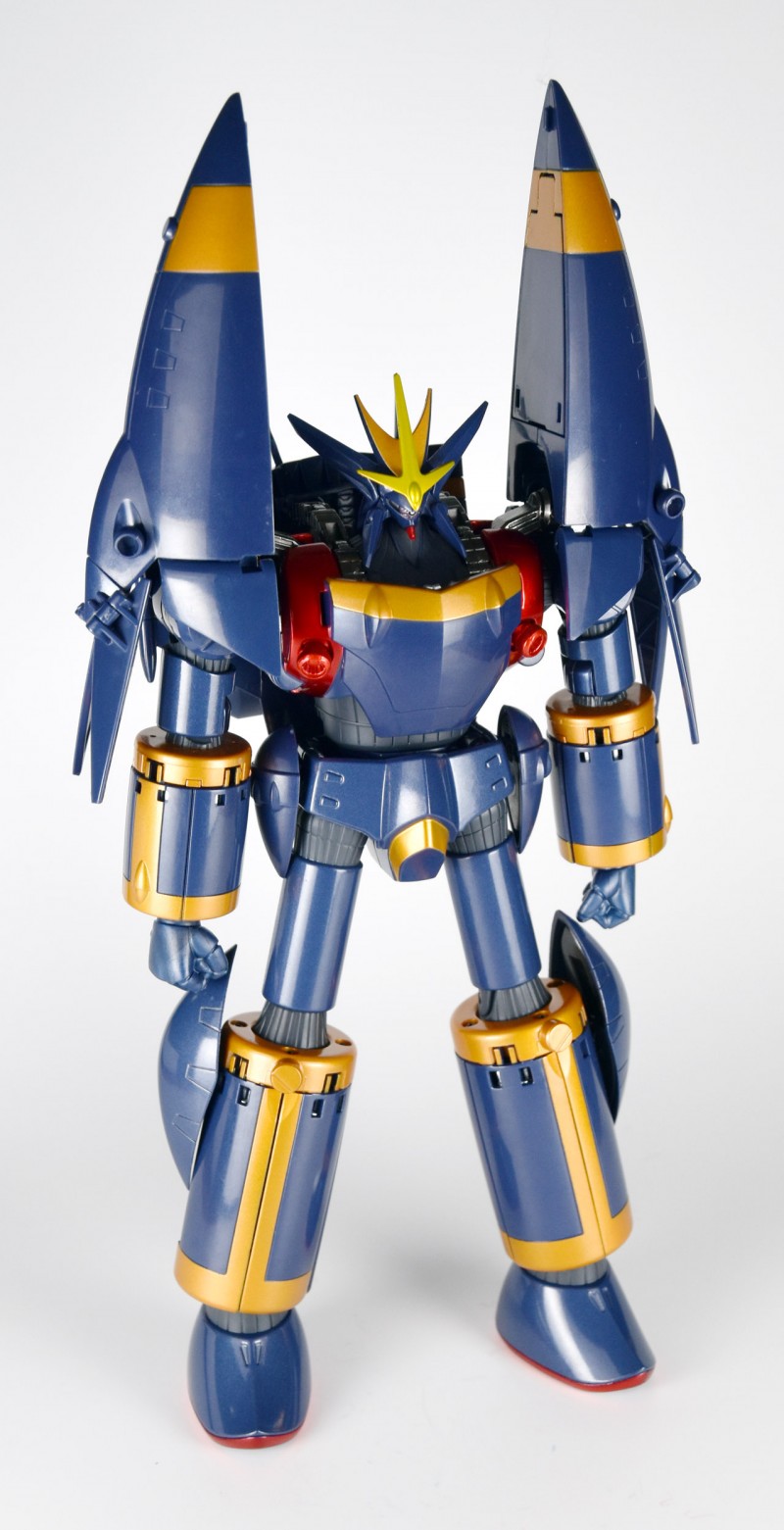 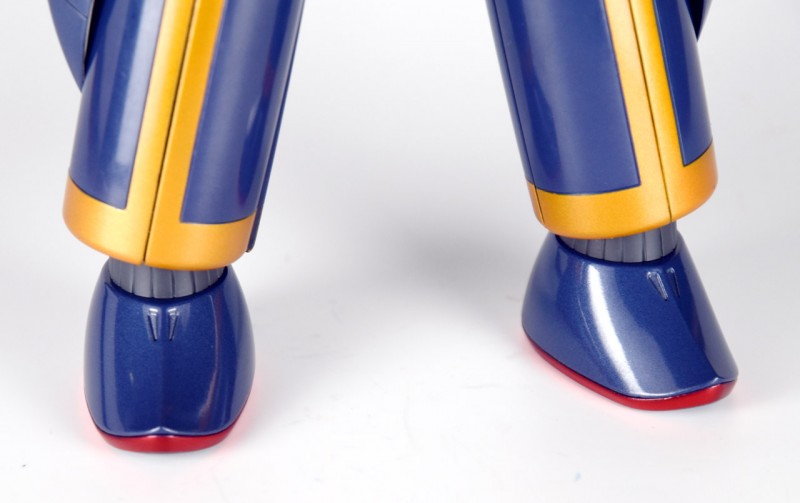 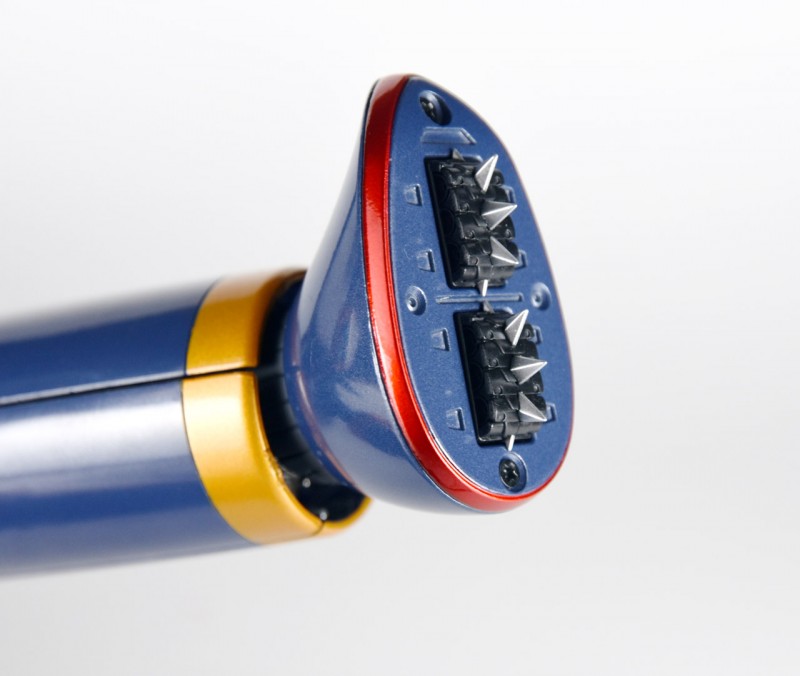 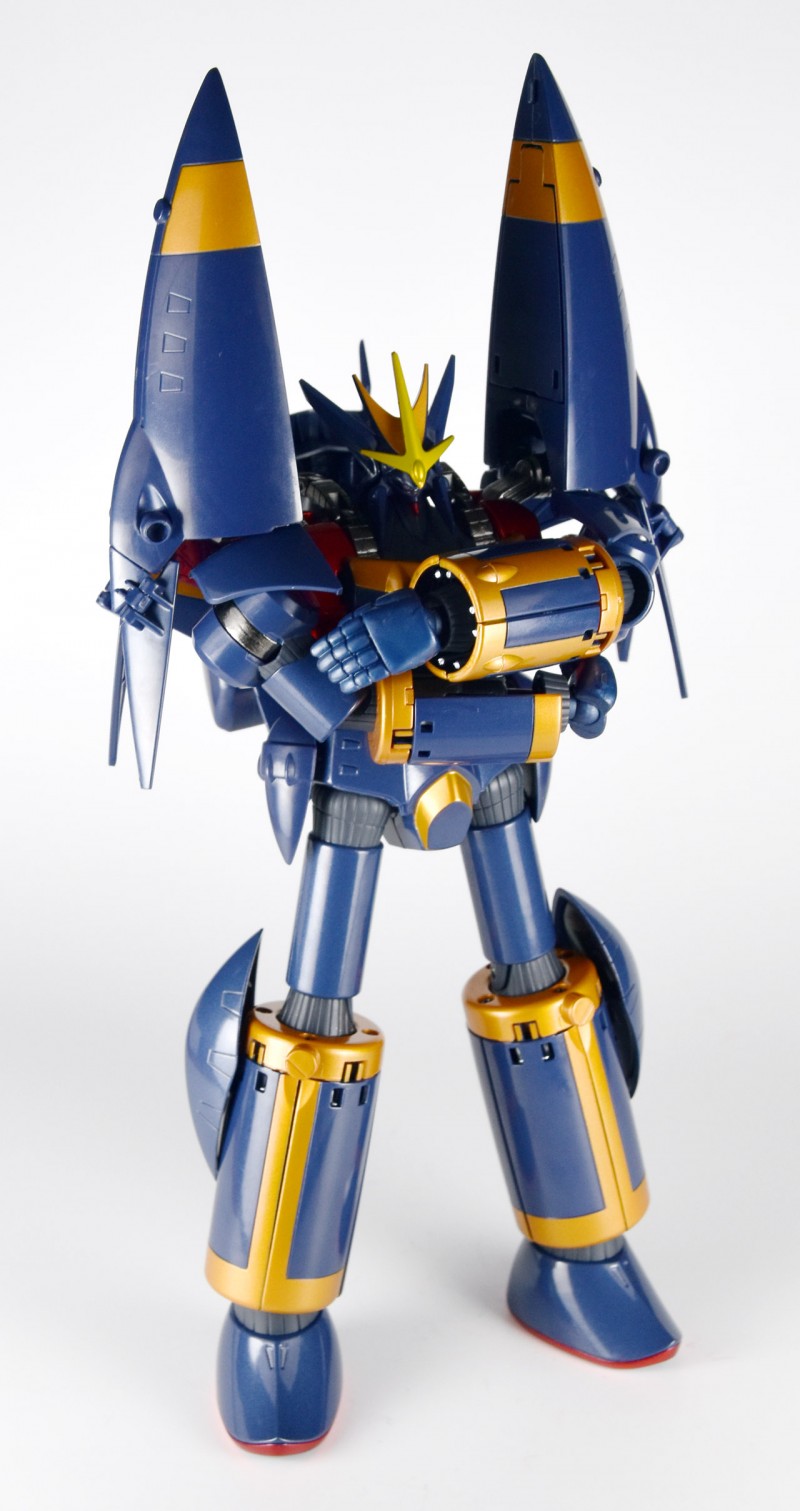 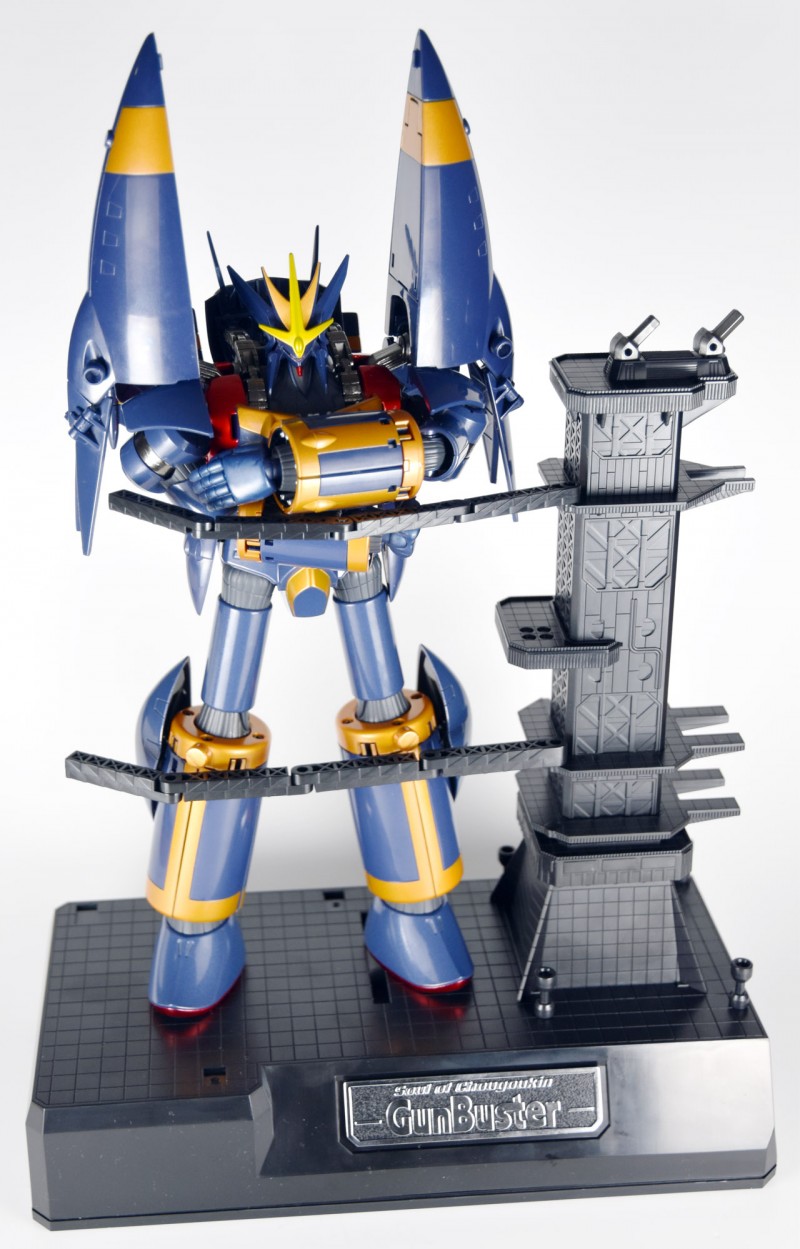 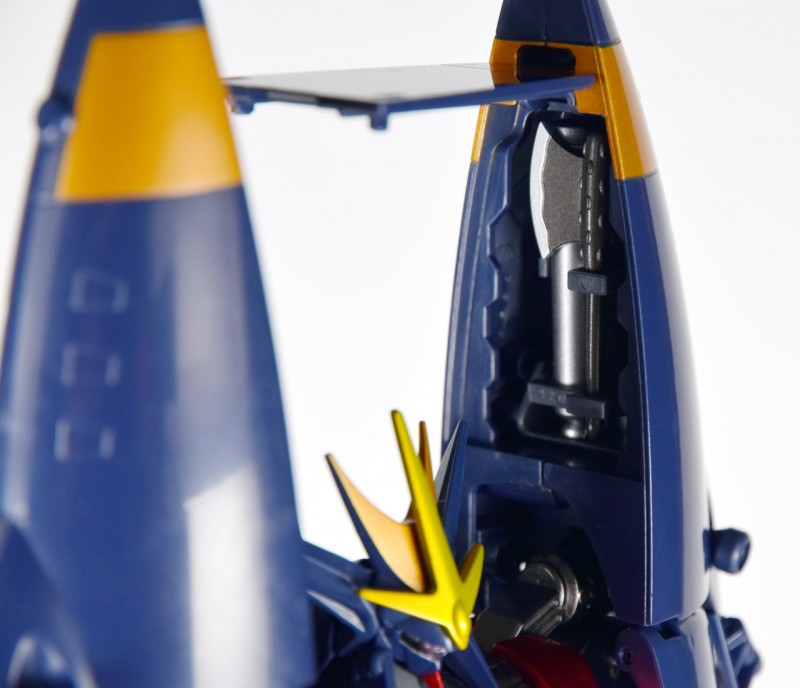 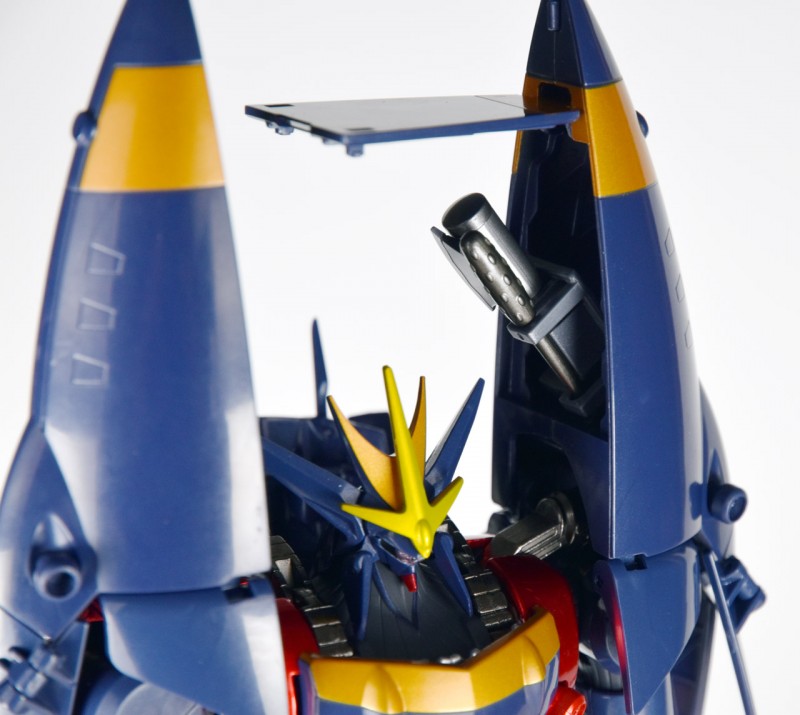 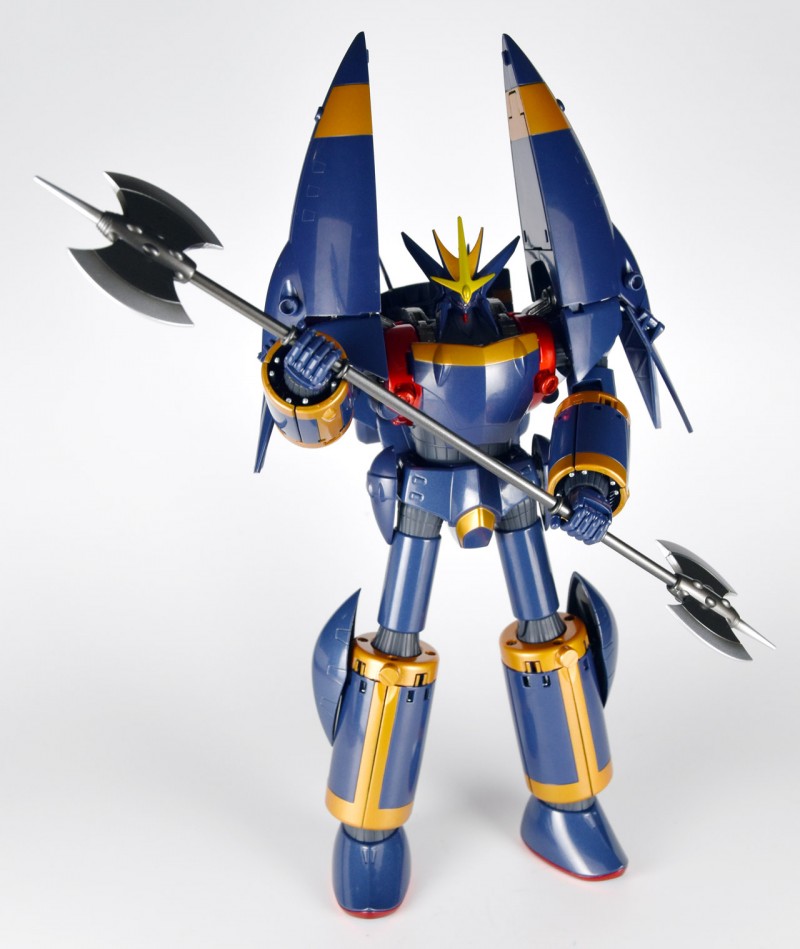 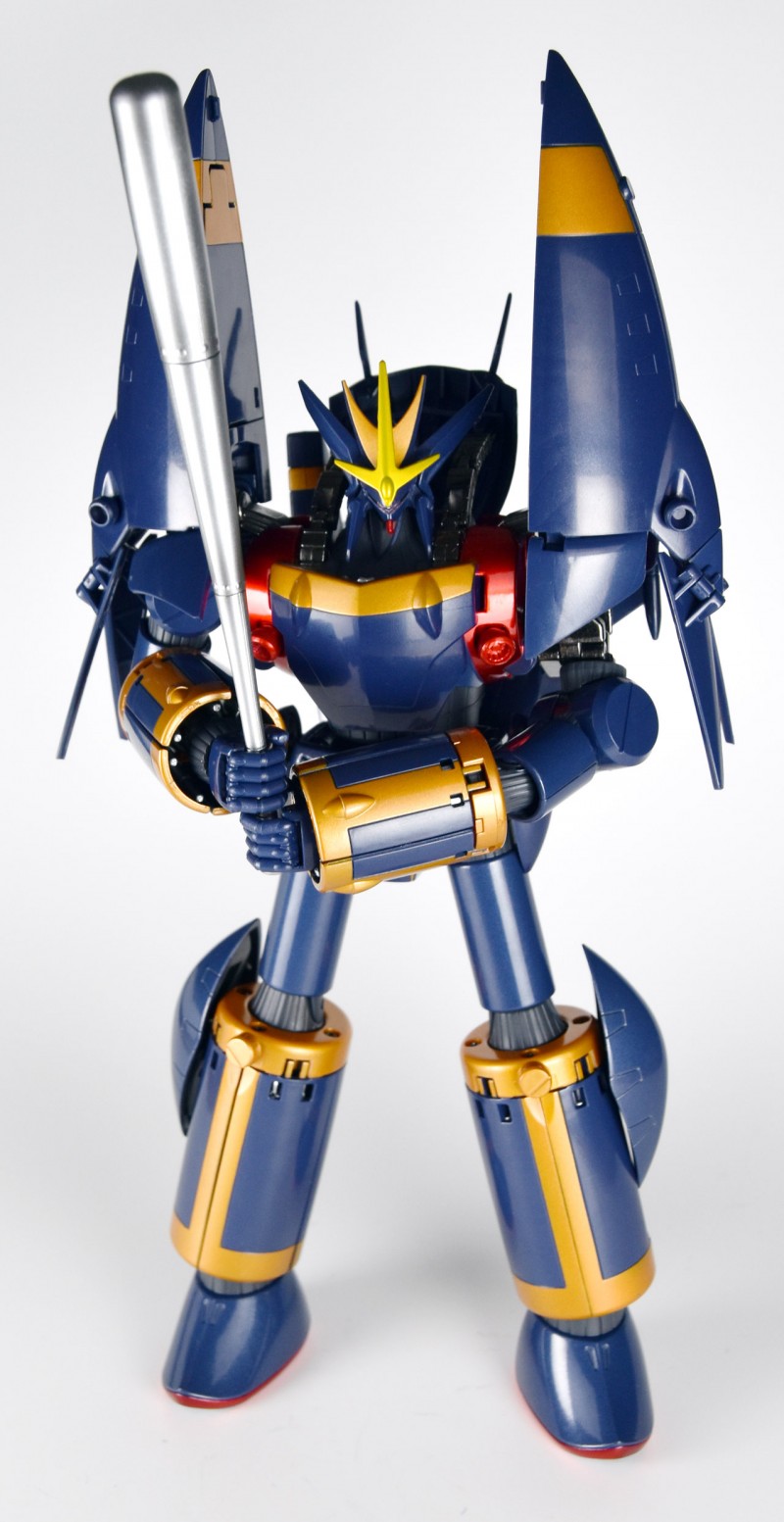 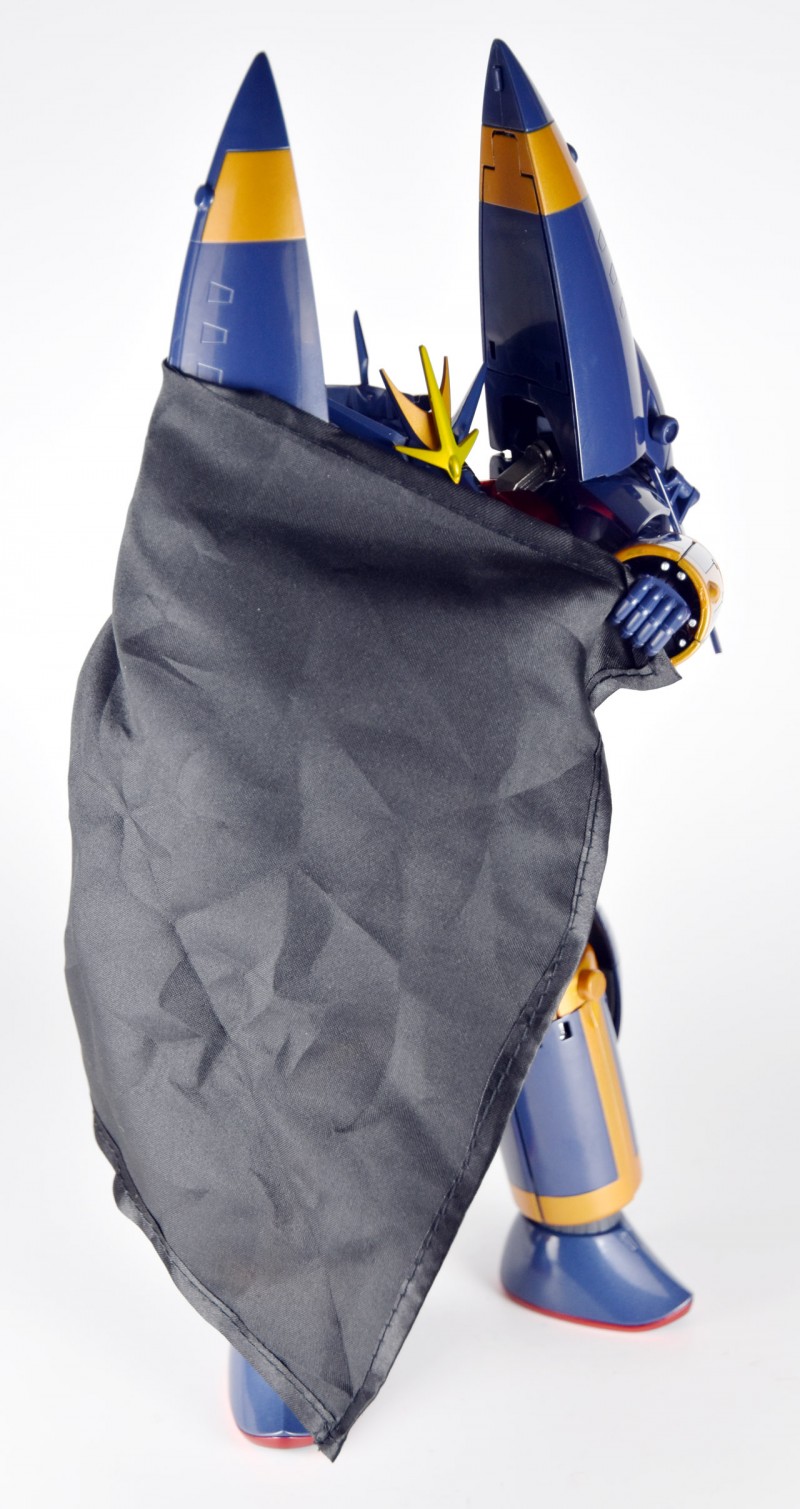 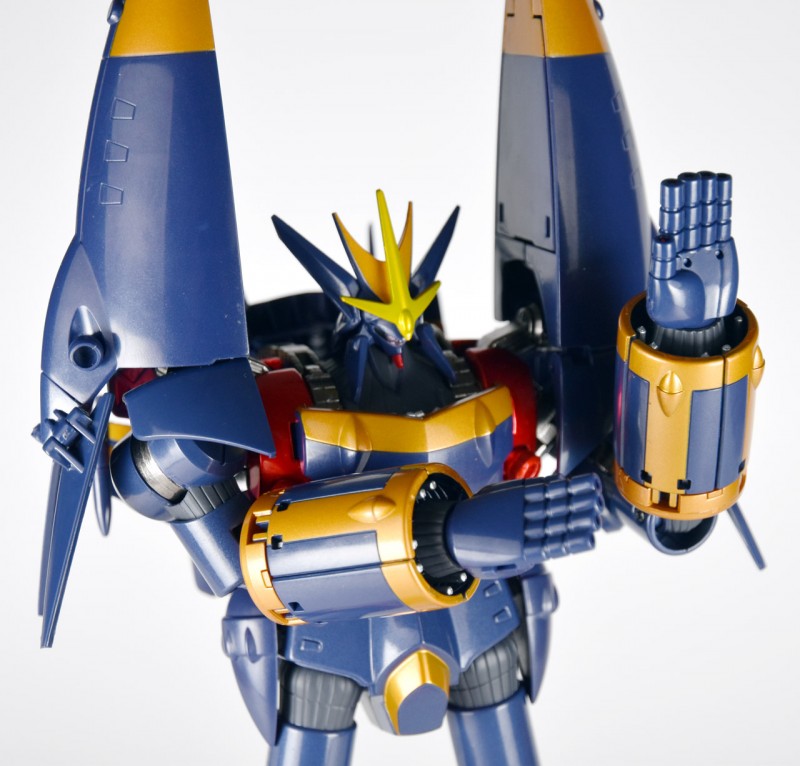 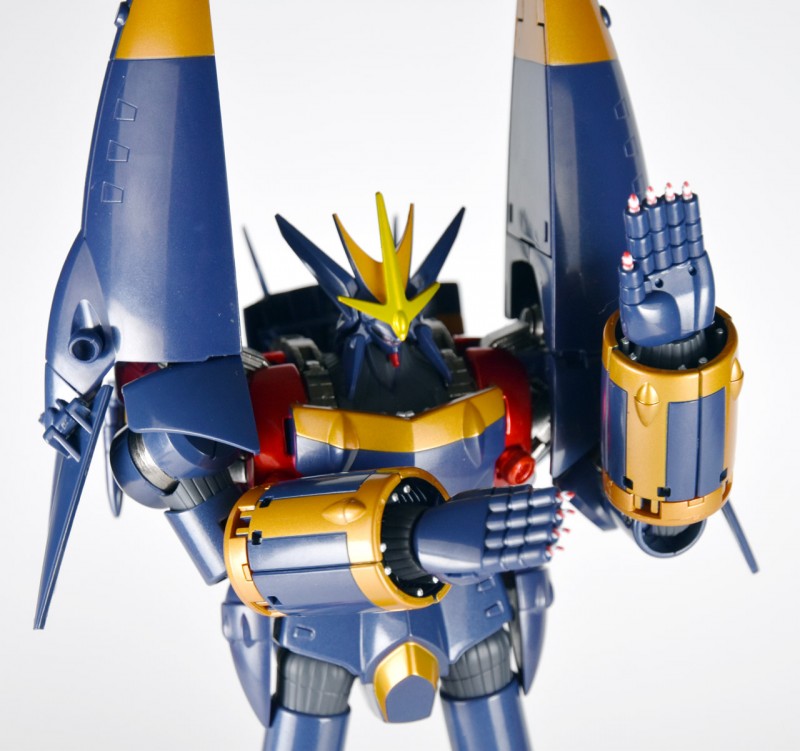 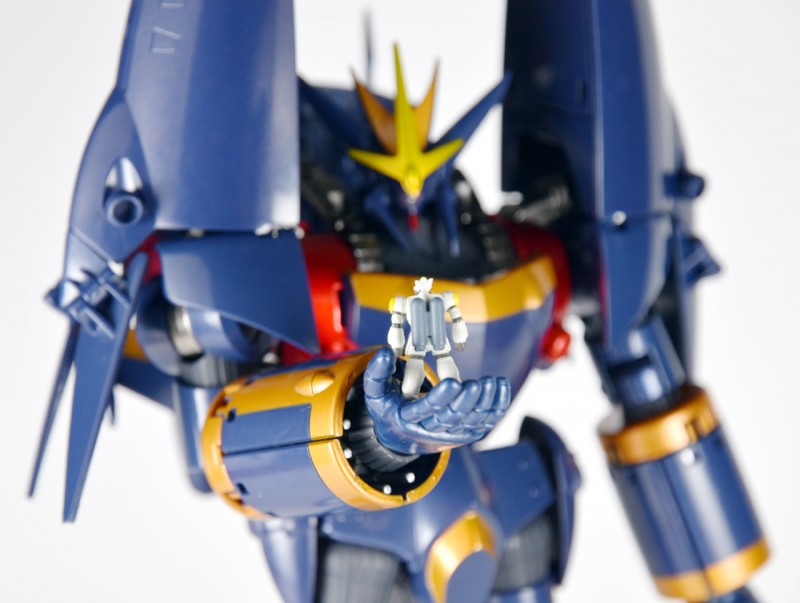 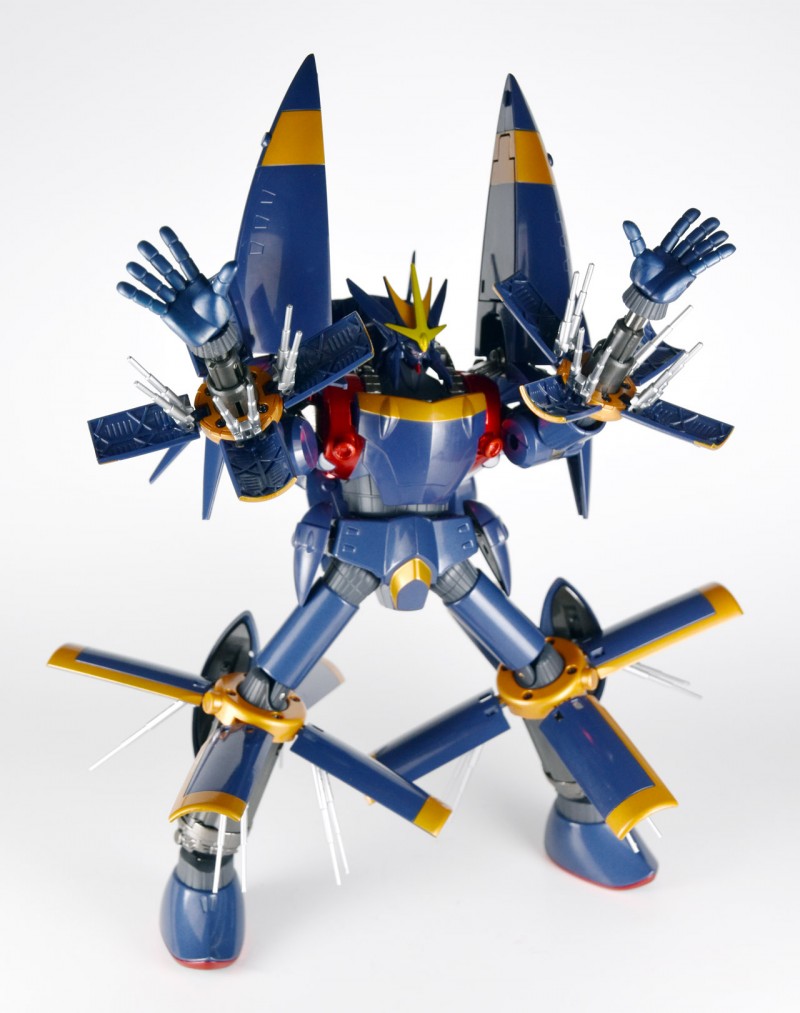 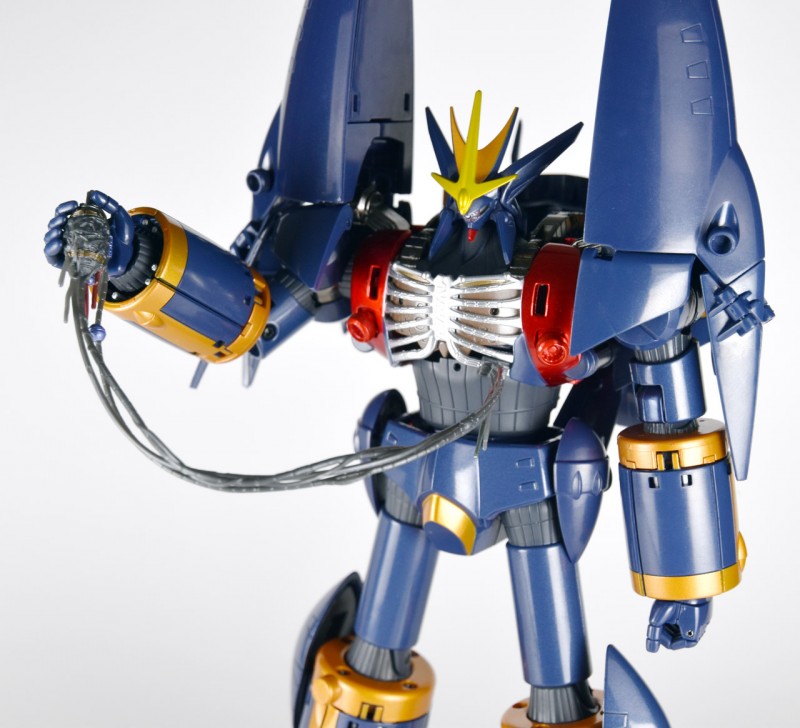 The amount of accessories this toy comes with is very comprehensive. From all manner of differing hands to other weapons, you also get a very nice stand that’s shaped as per the launch pad from the end of the series.

This launch pad has multiple uses. First, you can place both Buster Machines 1 and 2 ready for launch. Second, it allows you to pose the combined Gunbuster in some kind of maintenance mode. Third, you can use the fixtures at the top of the pylon for aerial type poses but the fixtures aren’t really strong enough to hold Gunbuster indefinitely as it’s quite heavy. Finally, the launch pad can also act as a storage container for the huge number of accessories.

The two Buster Machines are done very nicely and the combination is mostly straightforward. However, the instructions do recommend that you remove certain parts at the rear for obvious aesthetic reasons, which I have done here. I’ve also swapped out the transforming feet for the additional ones that are closer to the anime versions. Both feet also have parts to recreate the famous Inazuma Kick.

However, this chogokin uses a lot of diecast and as such is quite heavy due to its large size. The leg joints, specifically the knees and hips, are nicely ratcheted and are sturdy with it. That said, the shoulder joints are more complex and used to have issues on the 2006 release. This is because if you want to perform the famous arm cross, that in turn swivels the shoulder joint outward. Couple with the extra weight from all the diecast, the older 2006 toy sometimes had problems.

Here though, the shoulders seem better but I am not able to ascertain why. It might be a change of materials but due to the new paint job it is difficult to say. The engineering is the same though but from playing around with this new recolored release from 2015, it seems that the toy is more sturdy overall.

Unfortunately, as per the 2006 release this new recolored version is still a complex and mostly fragile toy. This is a byproduct of the combination sequence between the two Buster Machines as well as the inclusion of all the various accessories and gimmicks. Recreating the Double Buster Collider is nice but the process is quite fiddly. The same goes for the arms cross. The outer arm and lower leg shielding pops off quite easily and trying to recreate some of the attacks from the anime isn’t all that straightforward.

As a display piece it is impressive, especially from the front, but it’s not like other Soul of Chogokin releases that can be liberally played with. This Gunbuster is clearly meant for collectors who love the host work a great deal and in that sense, this toy caters to that brilliantly.

Finally, the major change to this release is the new coloring. Instead of grey and orange coloring, it’s now metallic grey blue with gold. Both are accurate to a degree, depending on what part of the anime you watch but I think this version looks the nicest (and I own both). However, the real reason to pick this up is that the joints appear to be sturdier and that’s good news indeed.