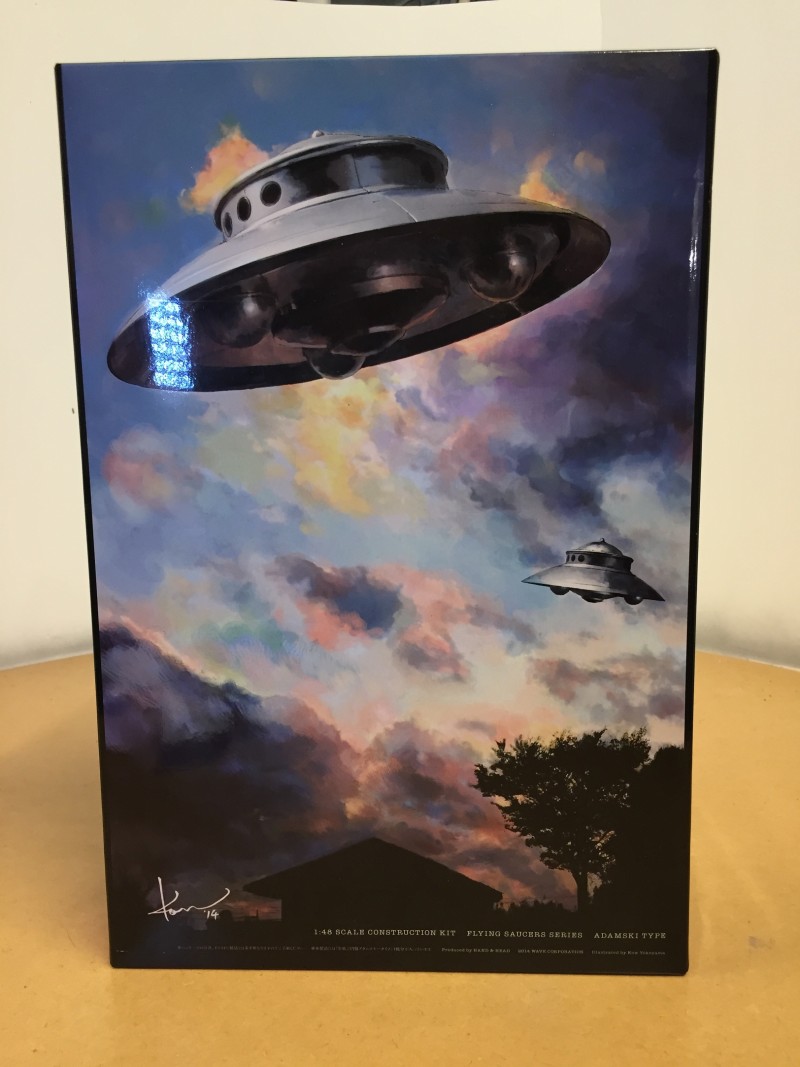 “like a saucer would if you skipped it across the water.” – Kenneth Arnold, 1947

The modern phenomena of UFOs and “flying saucers” can be traced more or less directly (though pre-modern sightings did occur) in Washington State on June 24, 1947, when Kenneth Arnold spotted nine mysterious, high-speed objects “flying like a saucer would” along the crest of the Cascades closing on Mt. Rainier. 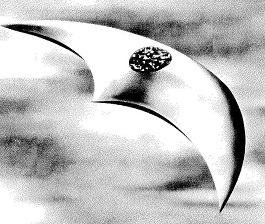 Describing a craft that looked more a like a ‘Batarang’ than an actual saucer, Arnold ultimately helped create this image to visualise his encounter. However, it was in claim concerning the hopping flight pattern of the craft which caught the imagination of the popular press and brought to us the term which confused me as a child, yet was at the same time so tantalizing.

And so, as the term, born out of the desire of a news writer to create a good headline, became part of the lore of science fiction, and the subject of a whole swath of films, books, fakes, and overblown news reports. Soon everyone was seeing hovering hubcaps, or being abducted by little green blokes zipping around in every weirder and weirder frisbees.

Some interesting information on the subject can be found here.

George Adamski, a rancher, minor restauranter, and jobbing Occultist living in the Palomar mountains claims to have encountered alien beings in the aftermath of a meteor shower in November 1952.

According to his own book, ‘Flying Saucers Have Landed’ (1953), following the shower in question, a submarine or cigar shaped ship descended from the clear sky, hovering far above the surprised party and sending down a smaller, circular vessel, which landed close to the group. The pilot of this craft, described as Adamski as an ordinary sized humanoid long, blonde hair, dark skin, and clad in unusual reddish clothing which was clearly not like Terran clothing of any sort. Adamski claims that the pilot communicated telepathically with the group, stating that his name was Orthon, and was part of a mission to warn the Earth of the dangers of Atomic War, having detected both the testing and use of such weapons in the years since 1945.

Hailing from Venus, Orthon and his people apparently encouraged the human race to embrace a future of peace in the stars, though they seemed content to allow an eccentric pseudo occultist to be his mouthpiece to a skeptical world, rather than the UN Secretary General for example (Douglas Addams… Beep beep! 😉 )

Apparently Orthon was a little shy as well, refusing to allow Adamski even a simple souvenir snap of him, though he did manage to get a few photos of Orthon’s ship as it left (and returned) as well as images of his footprints, which apparently contained an intricate message. Who knew cobblers would be cobbling a load of old cobblers into space shoes?

In ‘Flying Saucers Have Landed’, Adamski further claimed that these rather Nordic looking Venusians (as well as other peoples from different worlds) visited Earth on a regular basis to monitor and guide the rapidly developing human race. The combined races of the Solar System had elected Orthon to speak for them on the above mentioned fears of atomic proliferation, both because they did not wish to see humanity wipe itself out, but also out of fear that the mass use of such weapons would contaminate all the planets in the inner solar system itself.

In the name of their own ‘God’ (for want of a better word), the so called Creator of All, Orthon took Adamski on a tour of the inner Solar System, visiting the various planets, including Venus itself, on which Orthon intimated that Adamski’s dead wife had be reincarnated.

Several more voyages followed, on one of which Adamski encountered the Millennial Master, who was an ascended representative of all the peoples of the Solar System, and who acted as both a cosmic philosopher and mediator between the different species. It was here that Adamski learned that (surprise, surprise) he had been chosen to help in the development of the human race, following in the footsteps of great folks such as the Buddha and Jesus Christ. Indeed, much like Christ these aliens seemed to be heavily into to whole peace-through-food thing, in as much as many of Adamski’s later meetings as said to have taken place in a variety of diners.

Perhaps the Blue Plate Specials reminded them of their scout ships…

As the Shepherd, so the Sheep…

Though not the first of the UFO adherents, something about Adamski’s story rang a bell in the minds (I make no judgement about the capacity and resonance of such craniums) of a number of other folk who came forward with their own sighting and – often conflicting – UFO contactee tales. People such as Daniel Fry, George Van Tassel, Howard Menger and Antônio Vilas Boas fell from the sky with increasingly outlandish tales which, despite being – from some perspective – as mad as a mouthful of crabs actually found some important synergy in the 1950s and 60s, culminating in the famed Giant Rock UFO Conventions, at which contactees and believers would swap stories and – again from a certain perspective – bilk each other blind.

You can tell I’m more than a little skeptical… 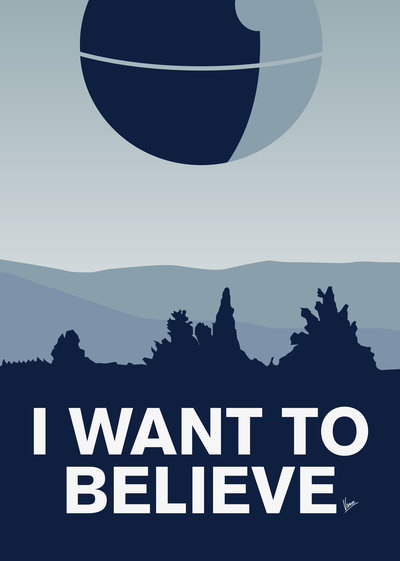 The Adamski fraud and others, as transparent as they were/are, still hold the imagination of many.

Adamski was little better than a stoned drifter who turned to flying saucers as a way of making a bit of money out of what he saw as the latest craze with which the desperate could be gulled in the early, and certainly frightening days of the Cold War.

His book sold well, his lectures were popular, Giant Rock was a success, and he eventually made enough money to basically decamp to Mexico from which Adamski ran his Space Brothers Inc business.

It all ended rather badly, though…

A pair of Proto-Trolls penned a letter to him, purporting to be from the US FBI, in which his work was ‘recognized by the Govt. and offered support’. The moment he was daft enough to release this letter, his world came crashing down around his ears, reducing his fortune considerably by the time he died in 1965.

Yet… Long after his death, and in full light of the faking of his claims, Adamski remains the king of the contactees and his Venusian scout ship stands as the classic UFO design, from which dozens of designs descend.

Such is his memorial, and – like the troll he was – I do not think he would be displeased.

Look to the Skies! 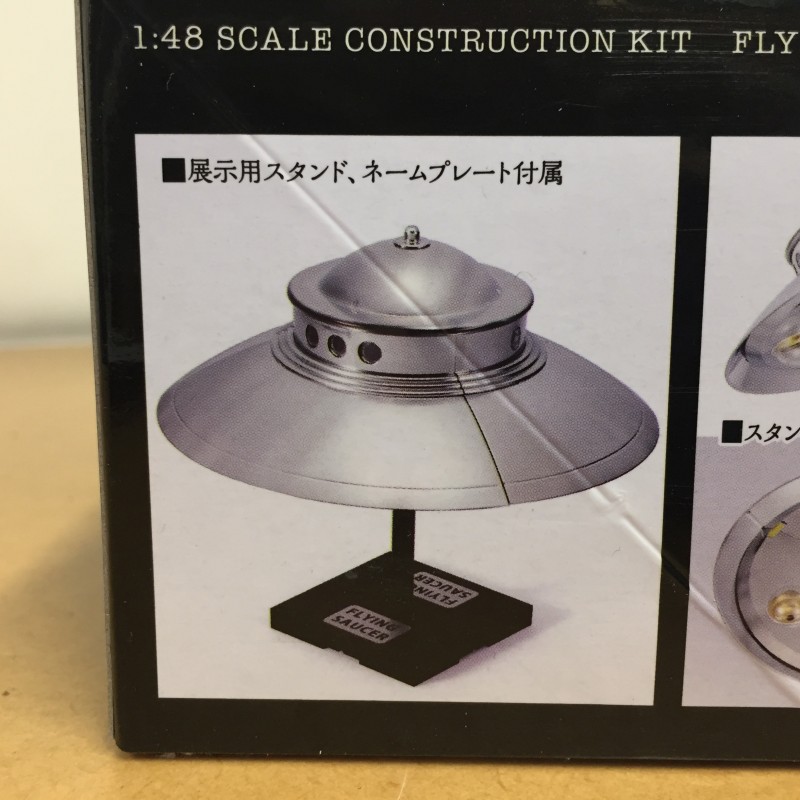 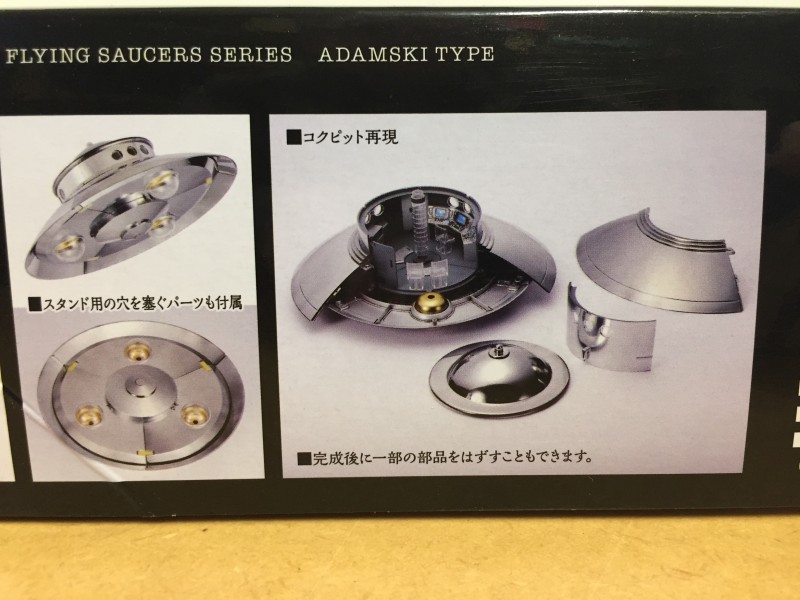 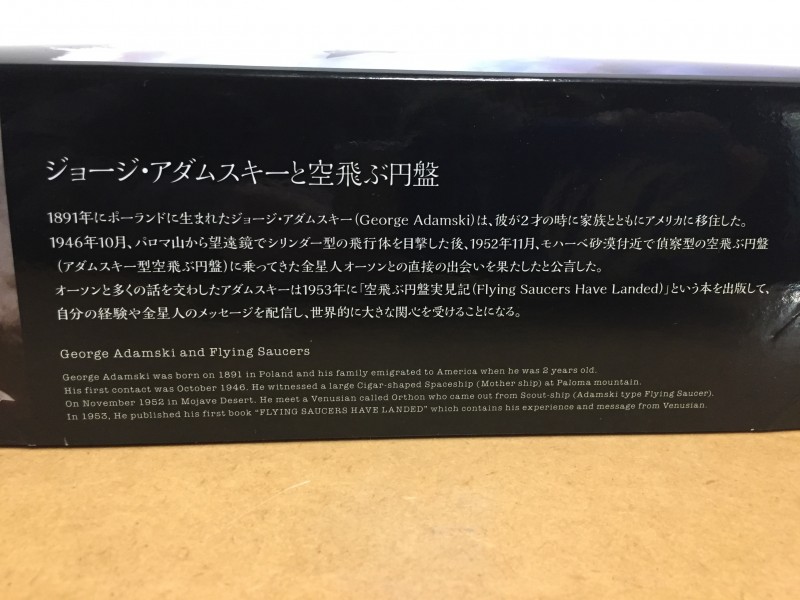 I really do wish I’d had access to some of the really good Alclad metallics on this build. As you can see from the box, this model can really be made to shine. 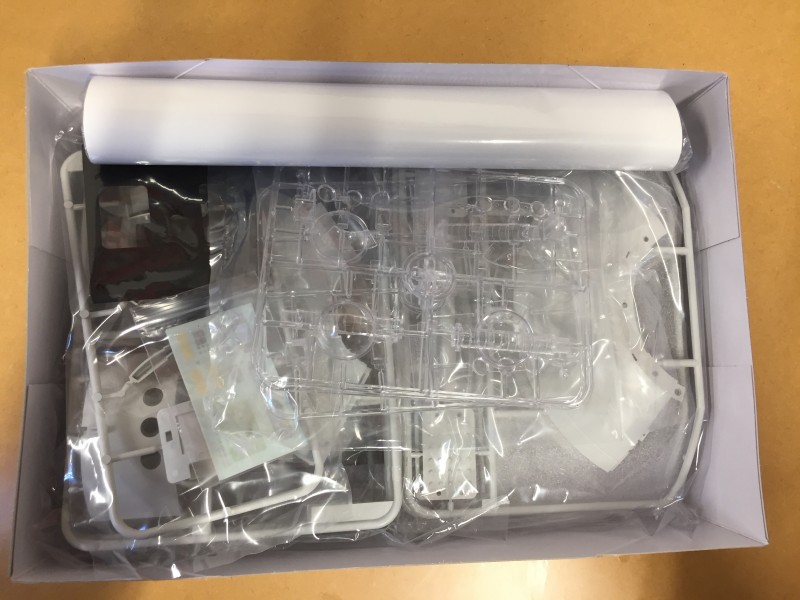 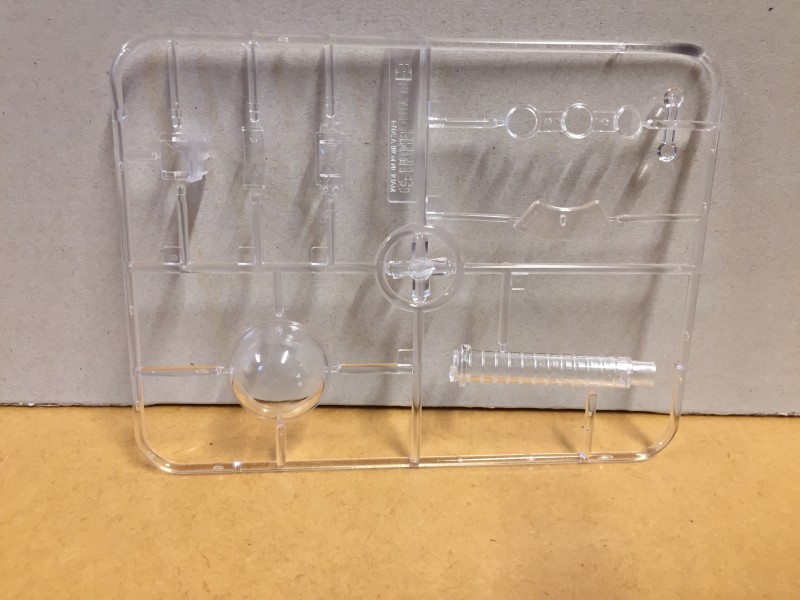 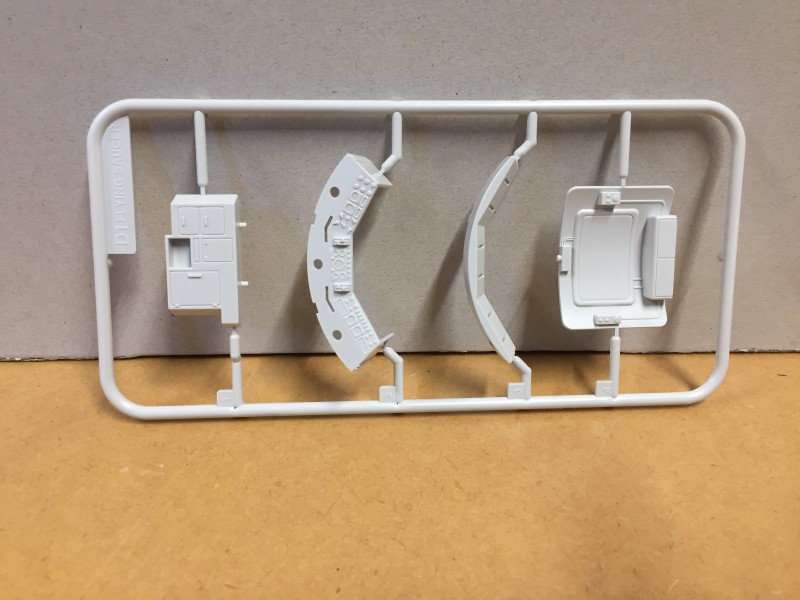 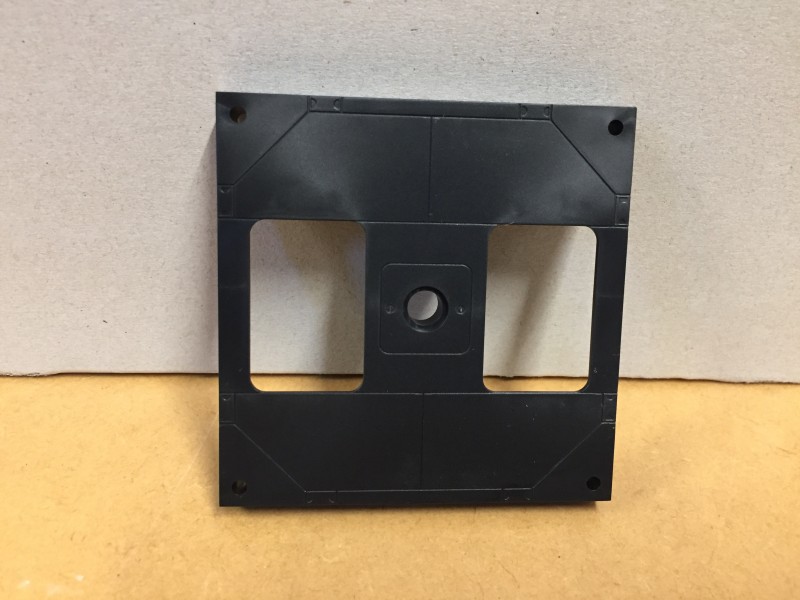 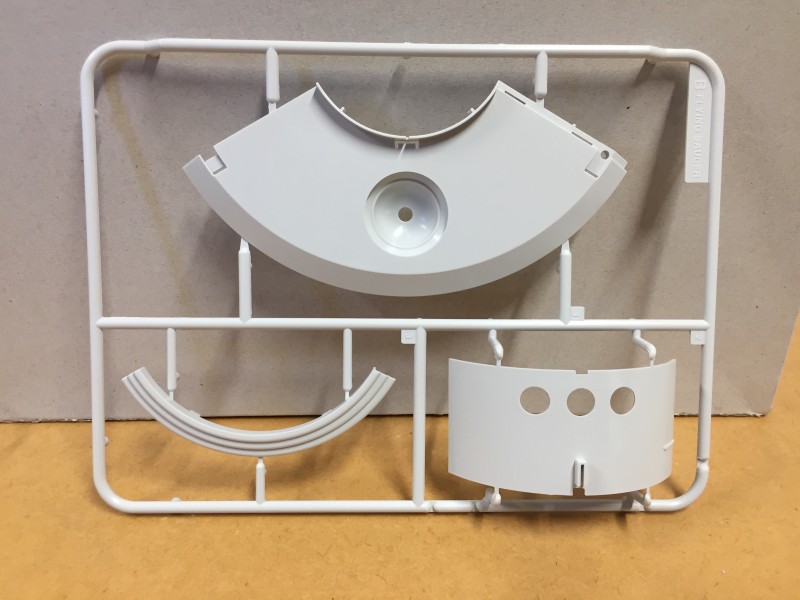 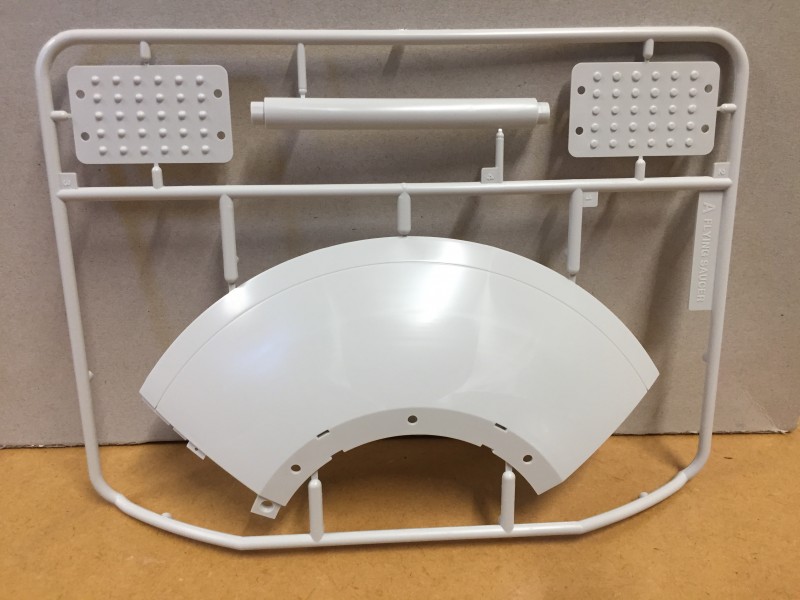 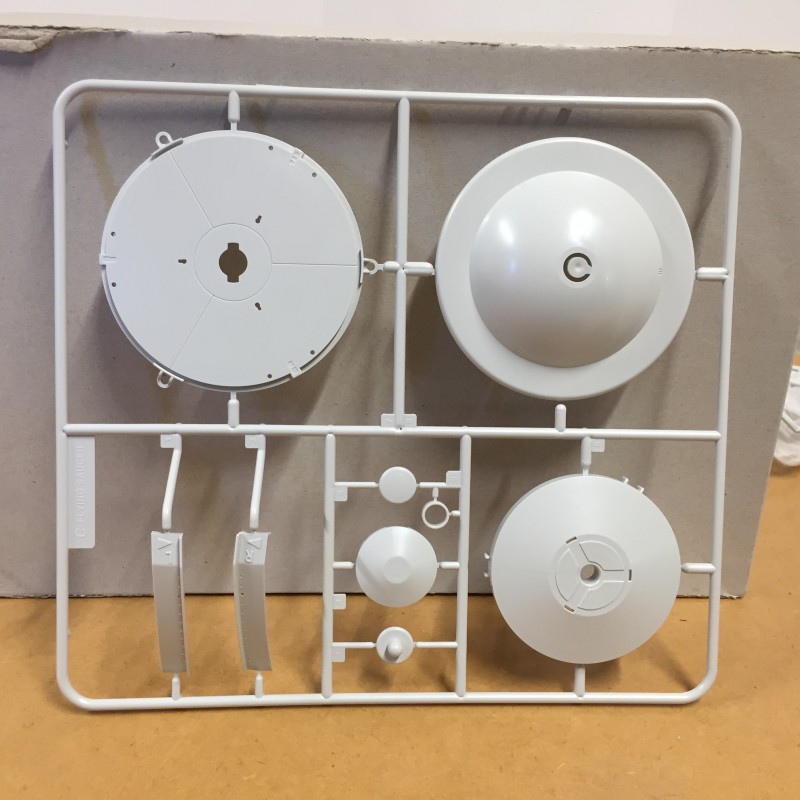 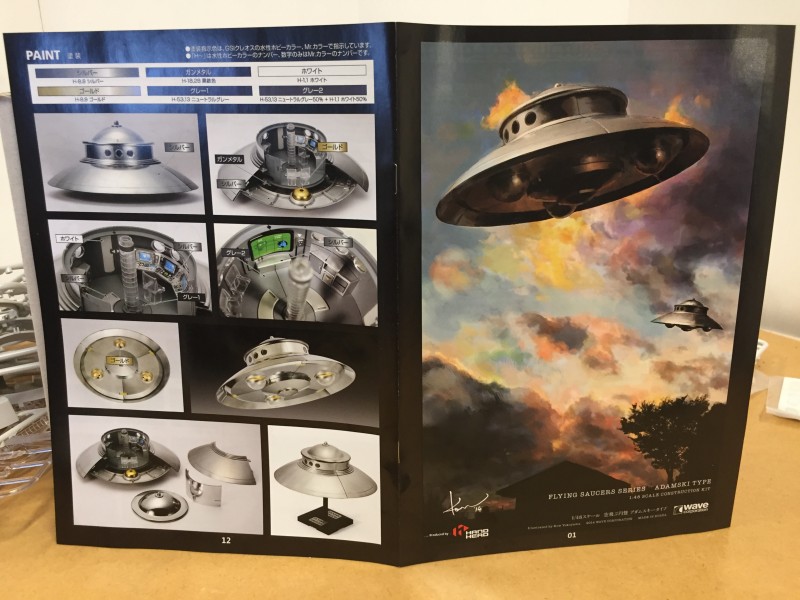 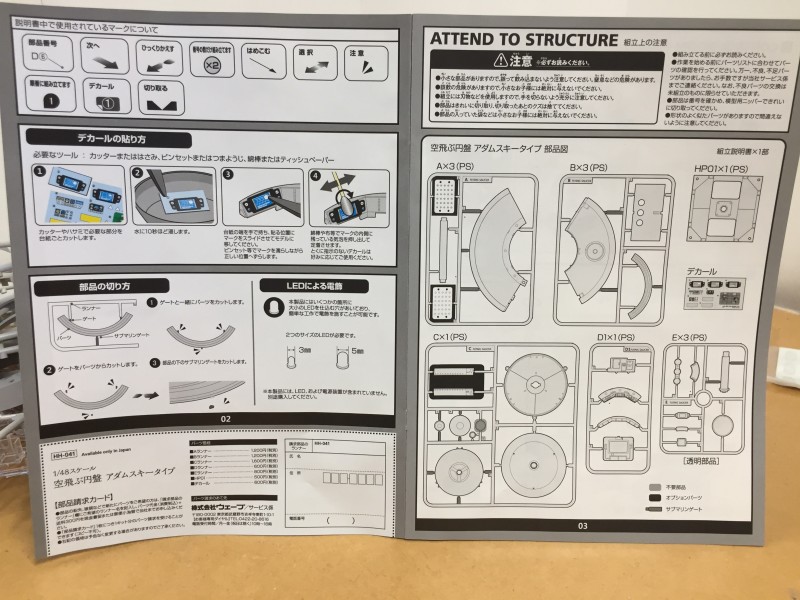 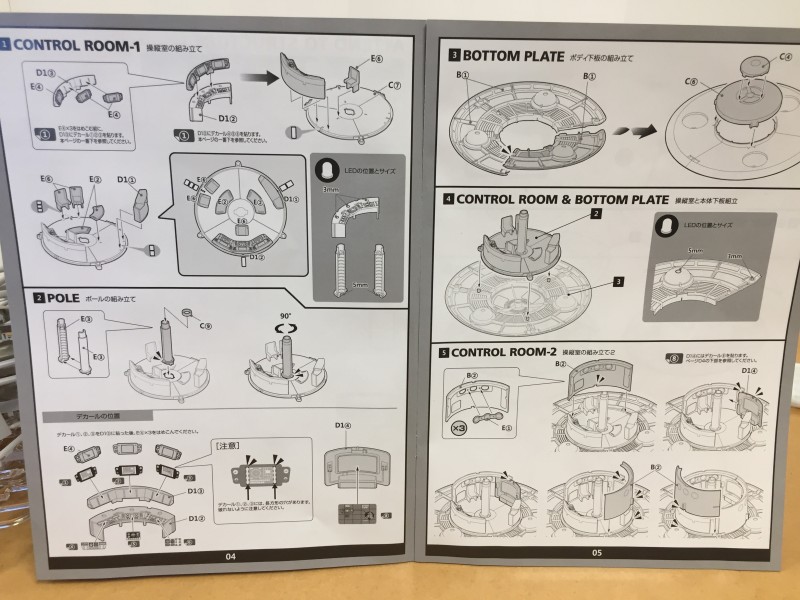 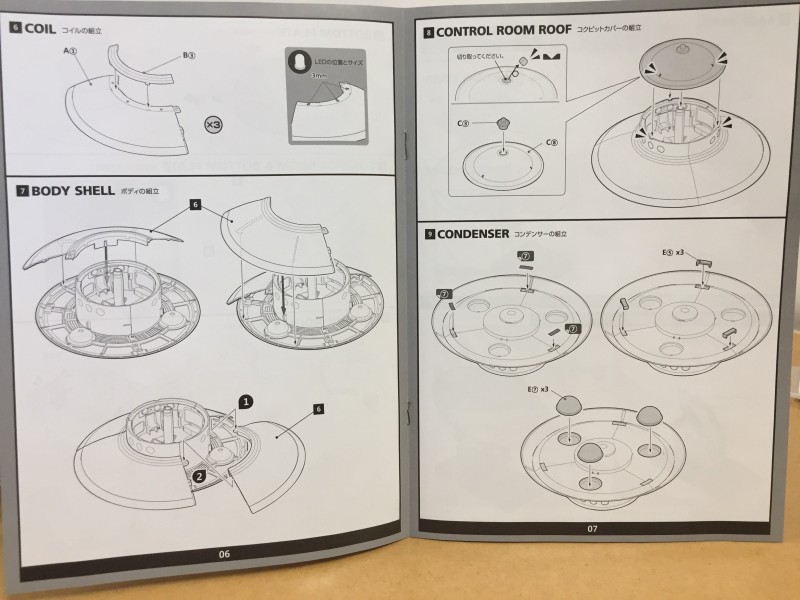 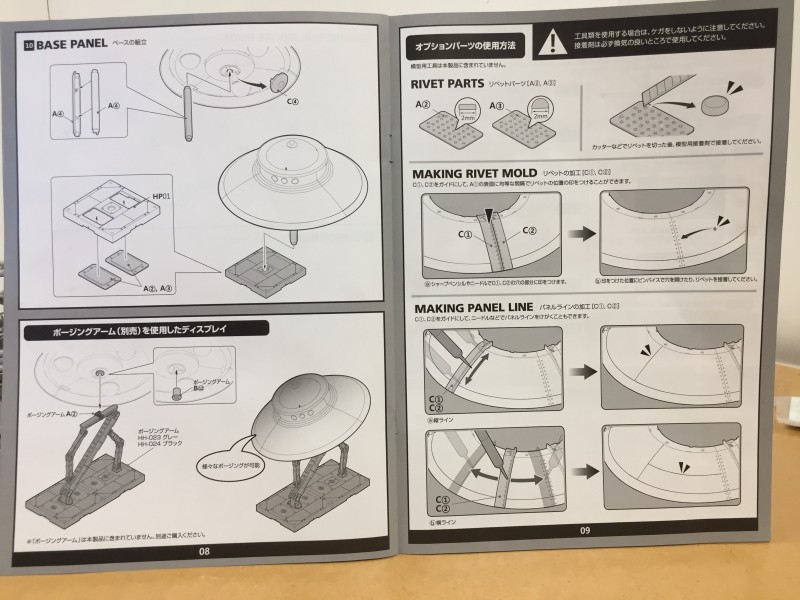 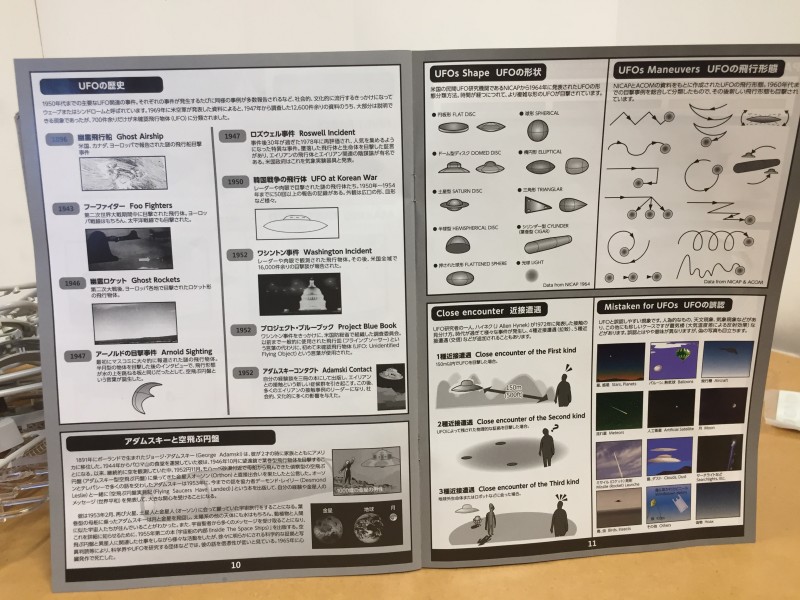 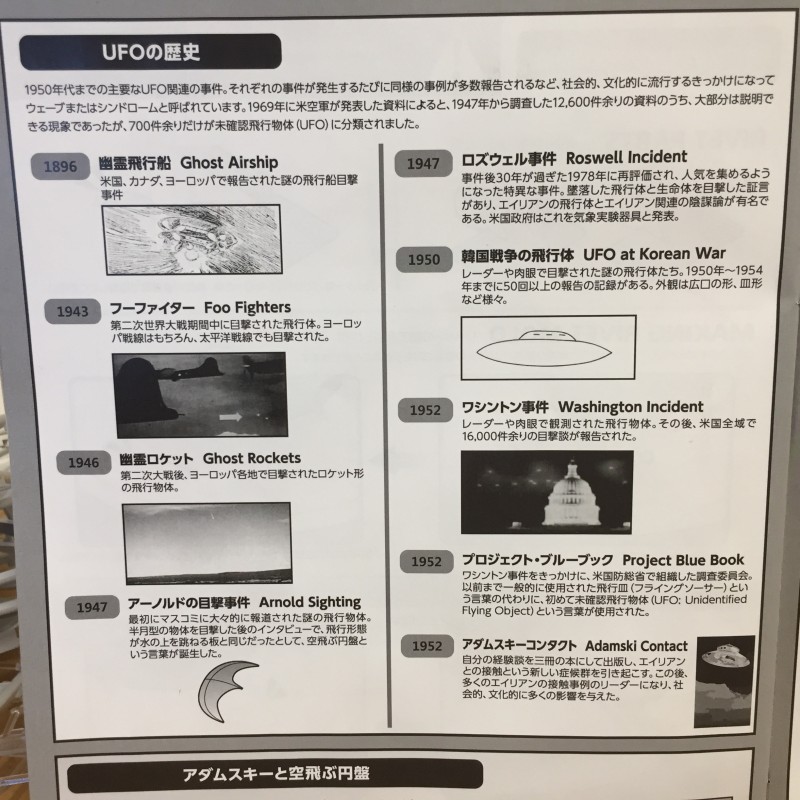 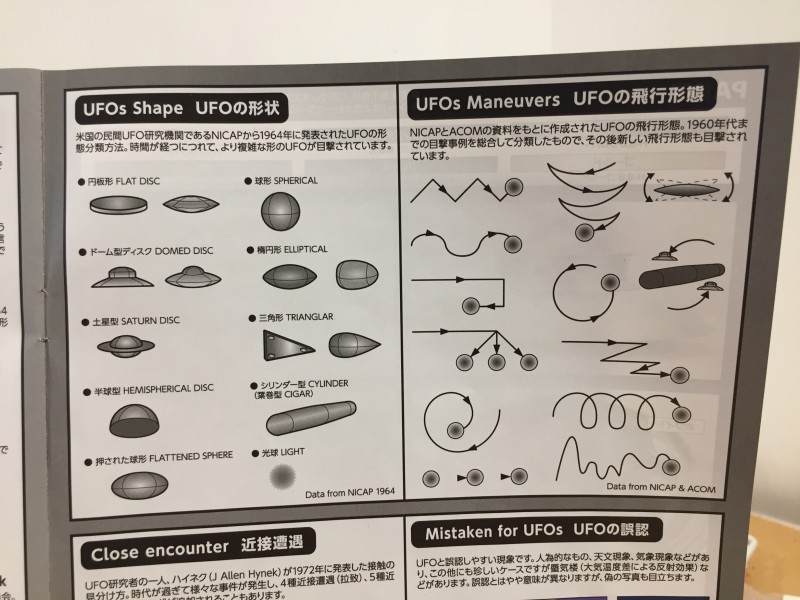 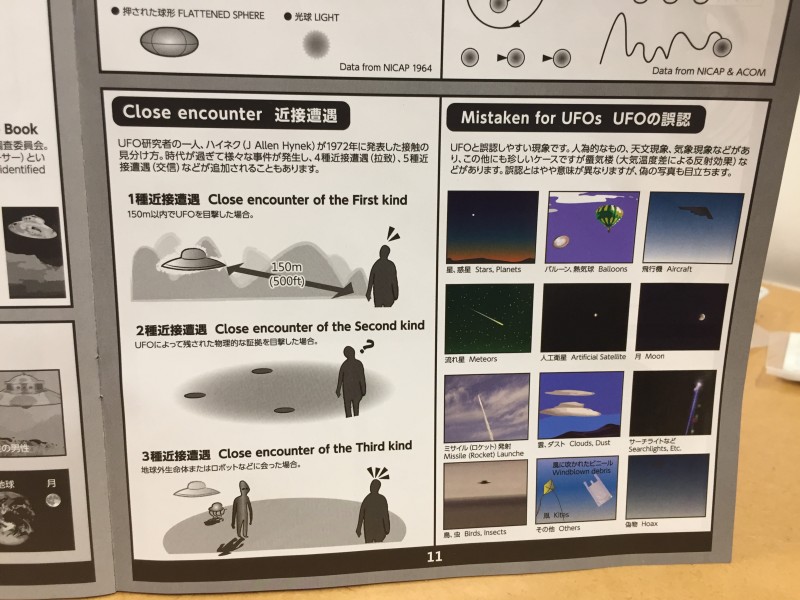 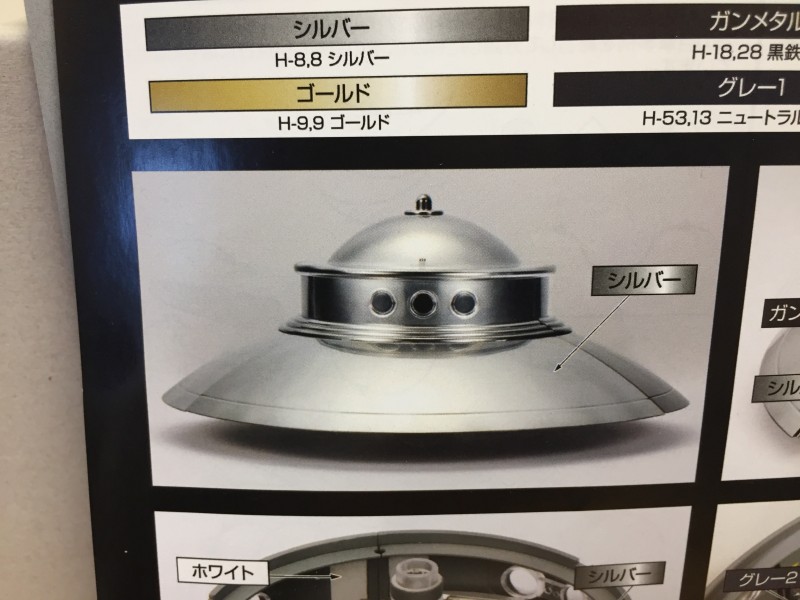 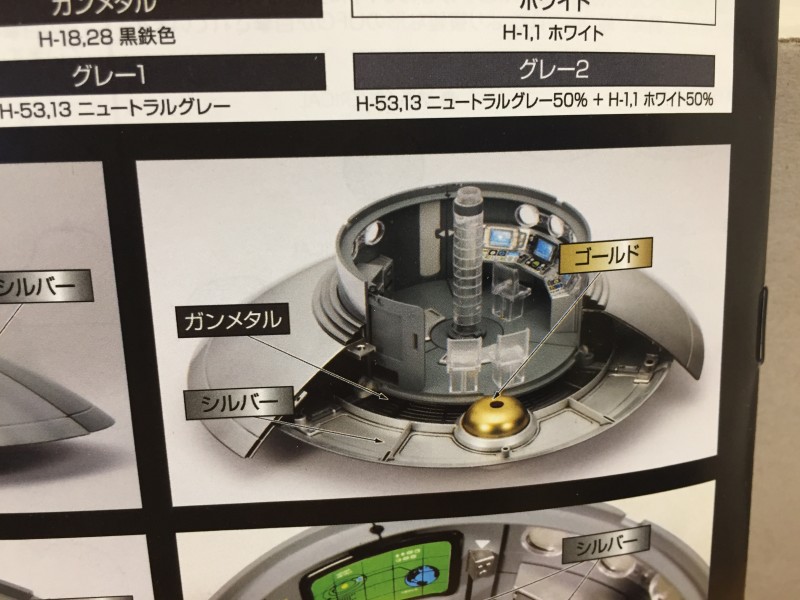 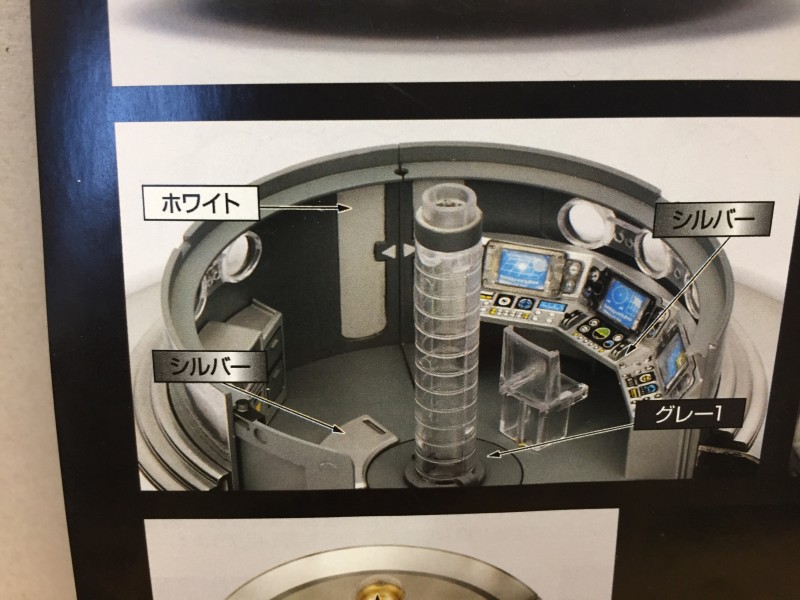 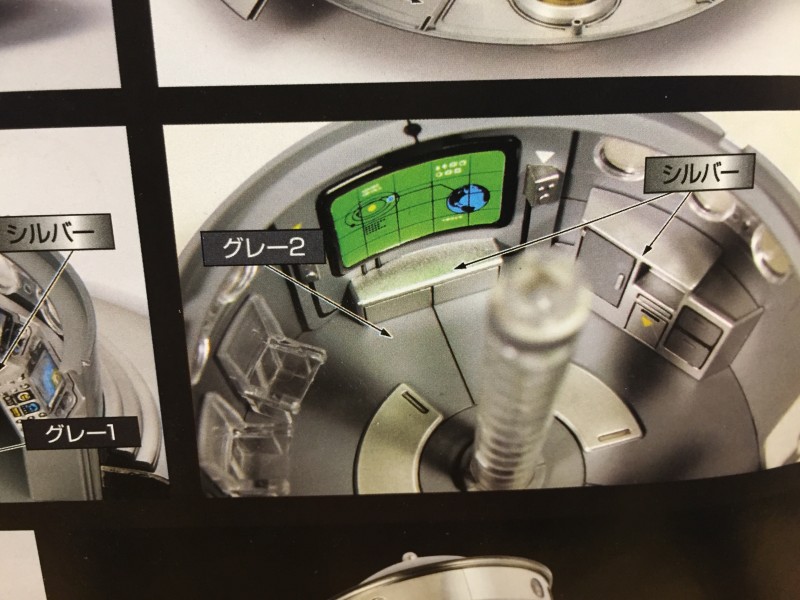 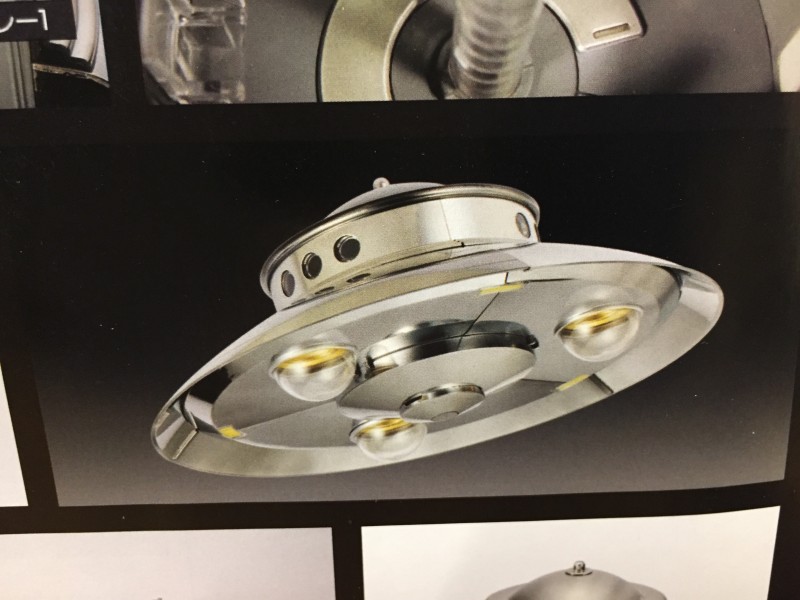 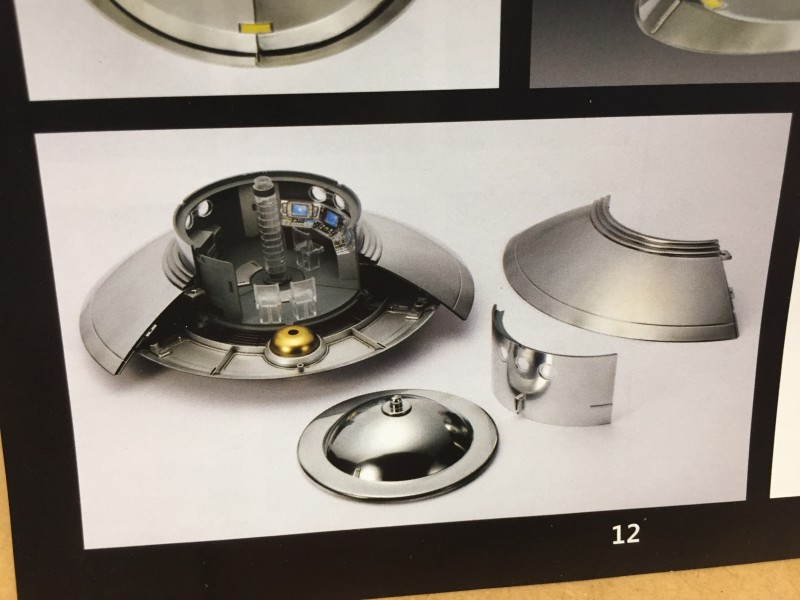 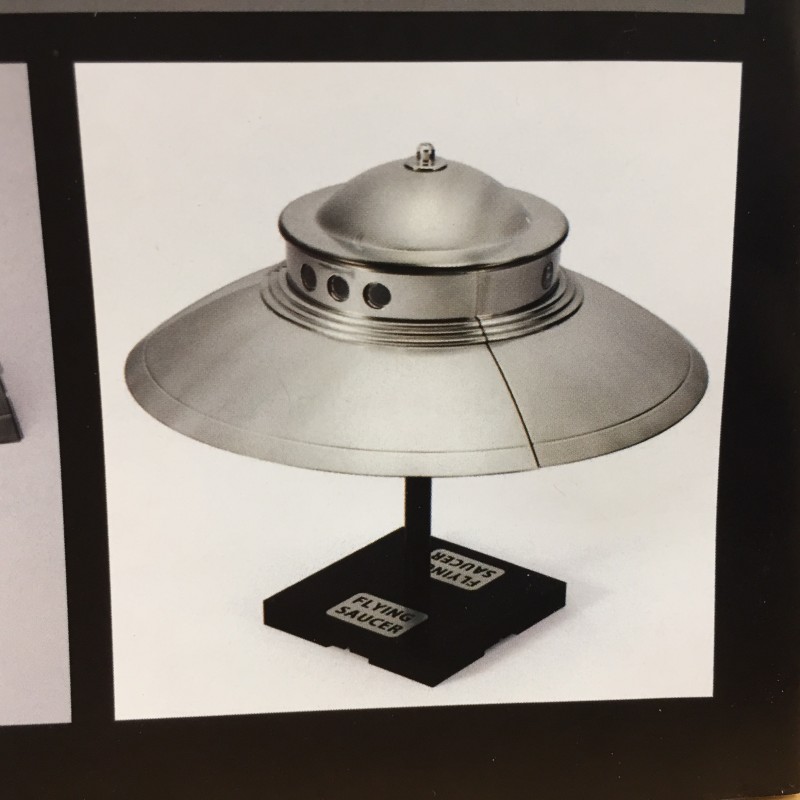 Yet another simple kit but, as with all those I look at, one which belies its simple construction.

In this case though, since I recently watched Iron Sky, I’m really going to have to work which build up in a wicked way…

Nazis on the Moon? German Wonder Weapons? As fake as George Adamski’s own tales, but with added style.