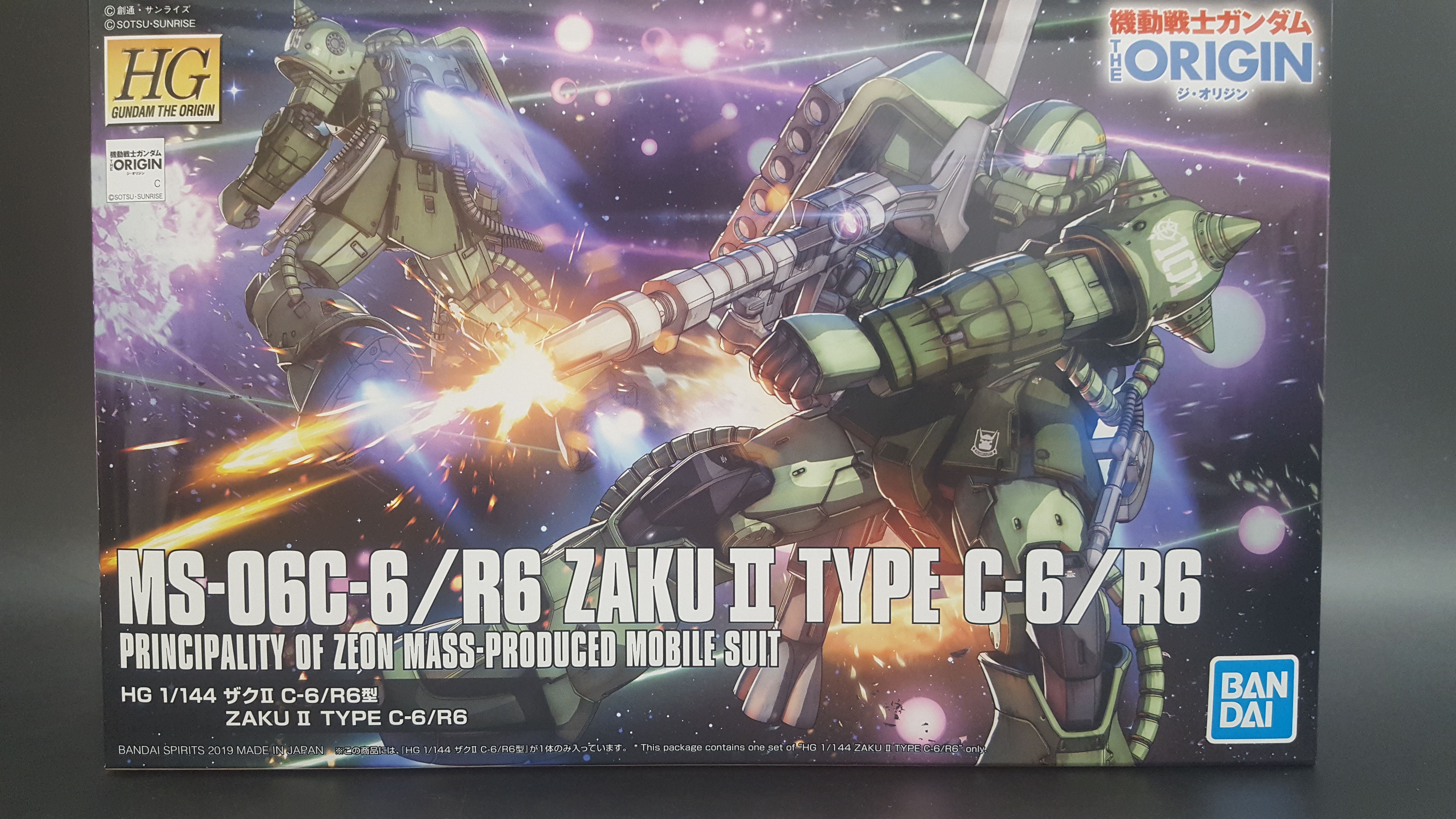 If you already checked out the Red Comet Zaku unboxing, you’re going to see a lot of similarities here. Let’s get to it! 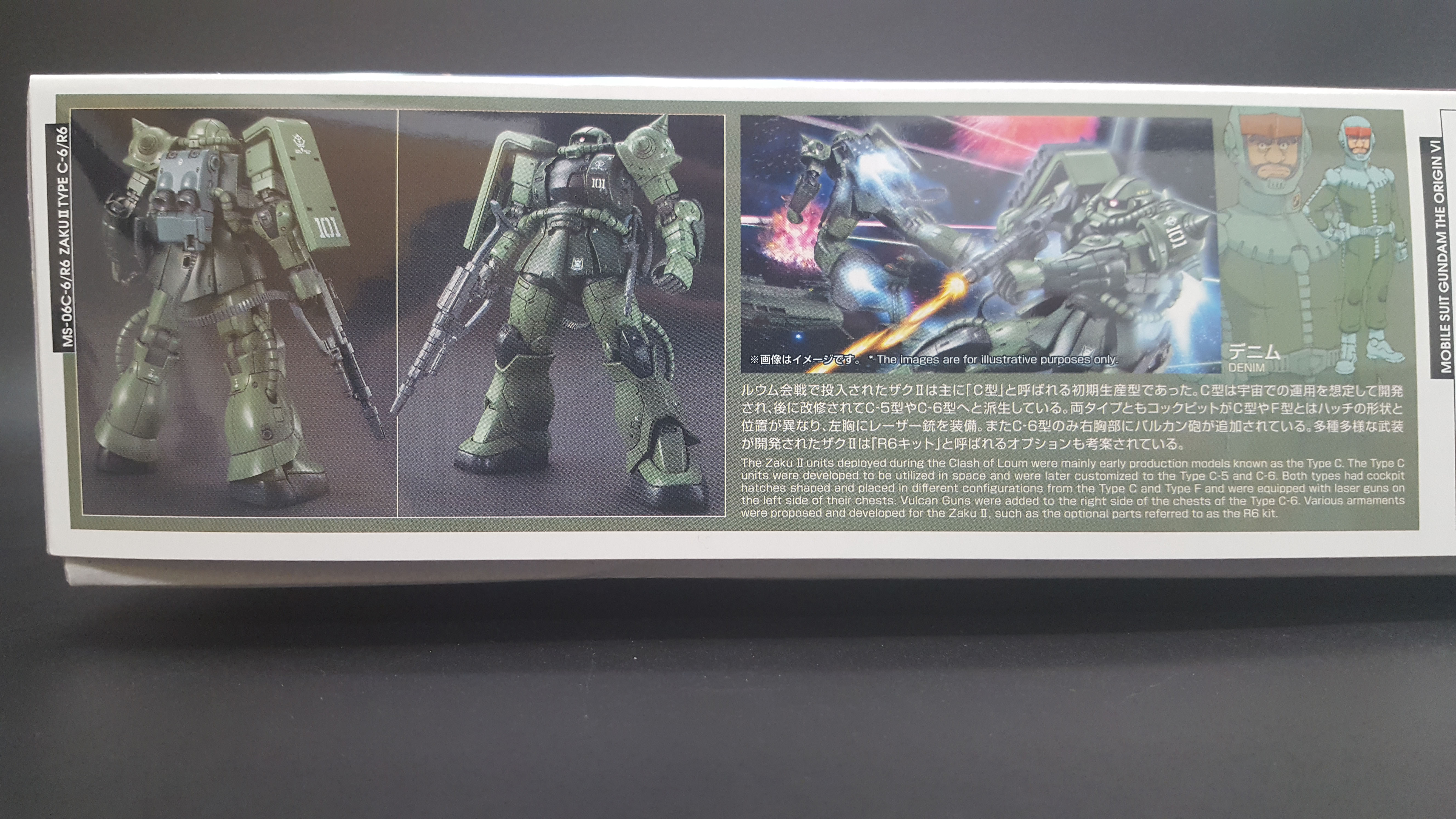 On one side, we get front and back shots of the completed kit (though it’s been painted to look nice), as well as some text about the mobile suit’s background. 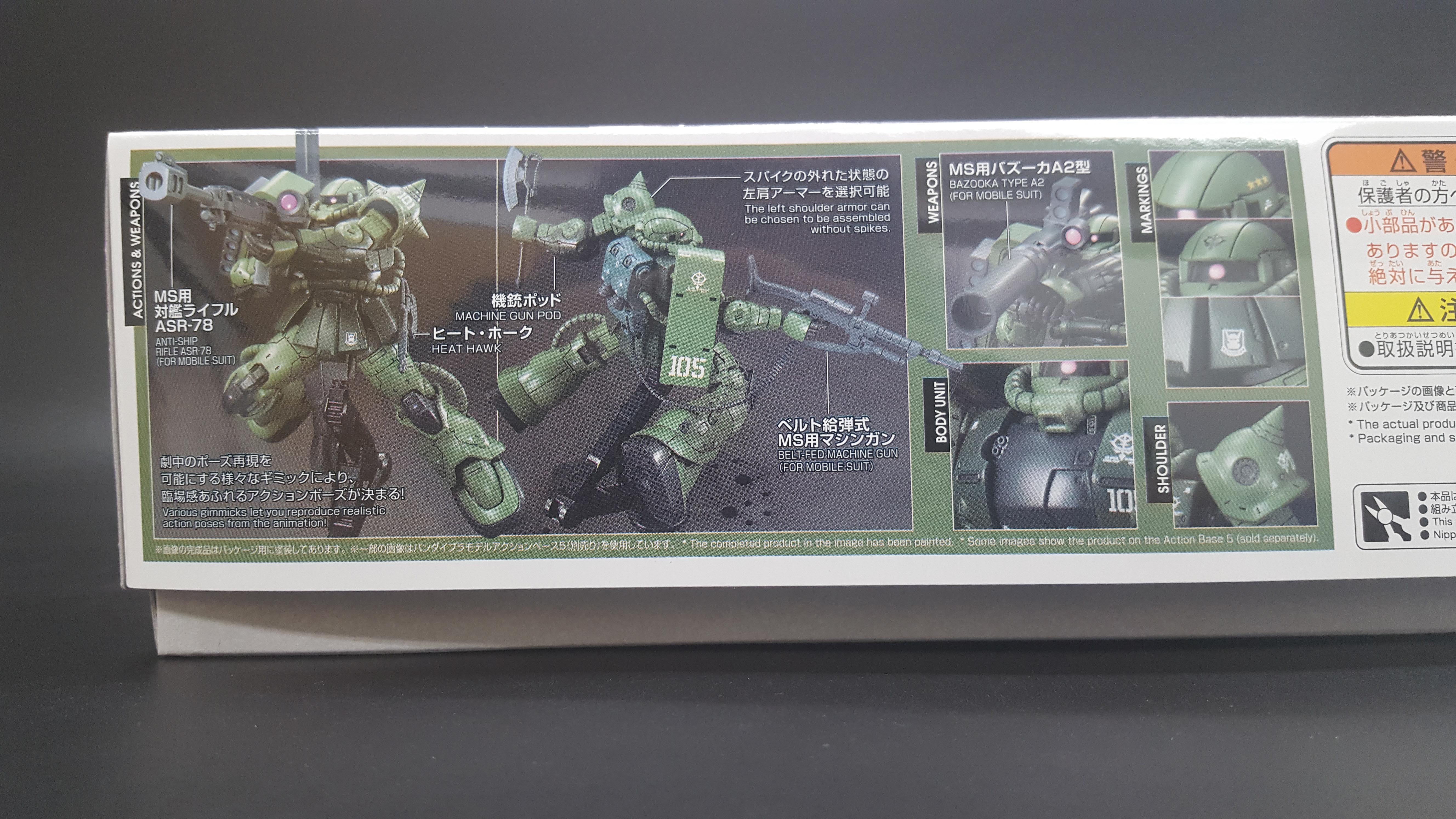 Here’s the good stuff. The highlights from Bandai:

The stand used in the photos here is the Action Base 5, which you’ll have to pick up separately if you want to recreate these shots and more. 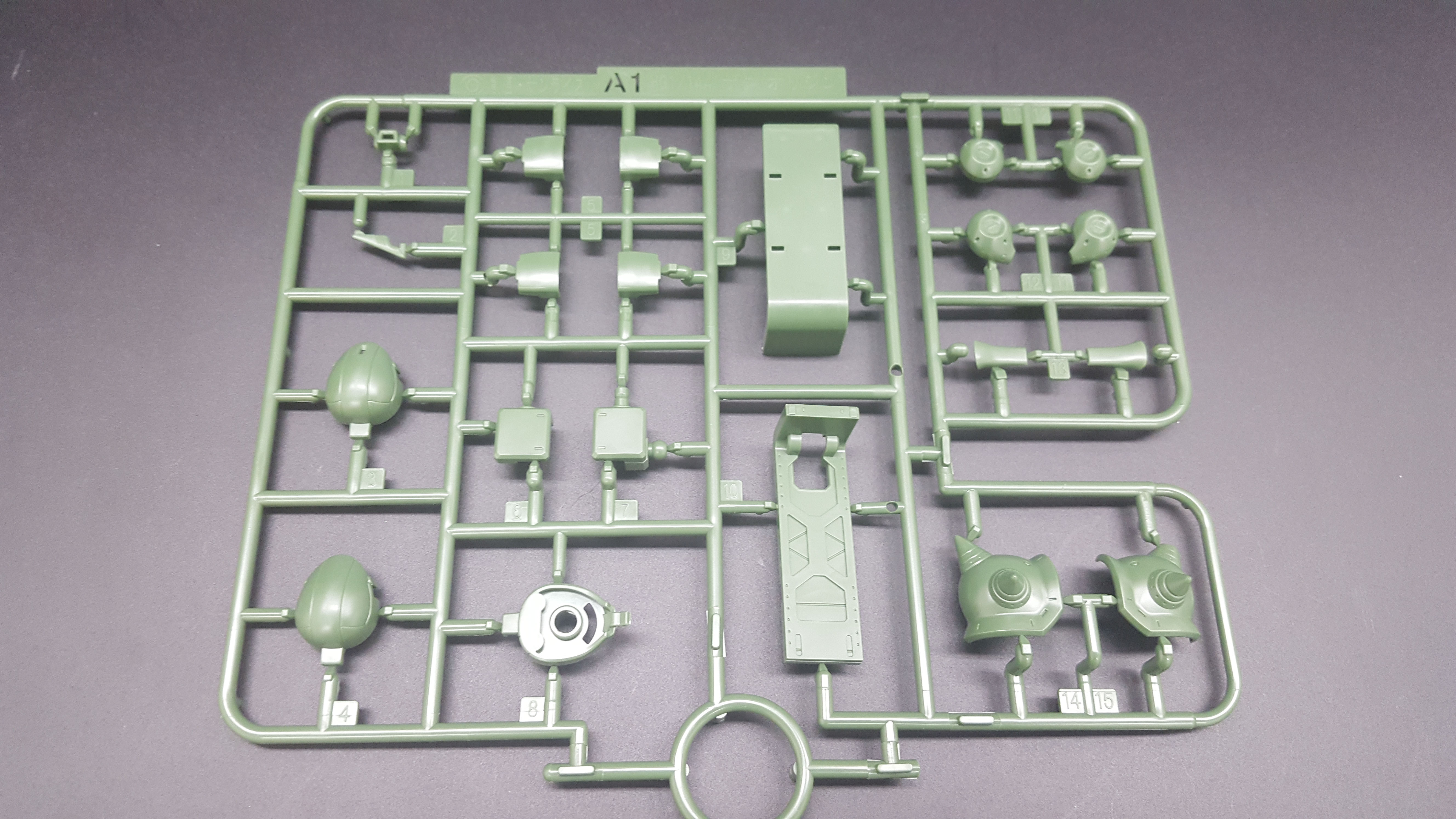 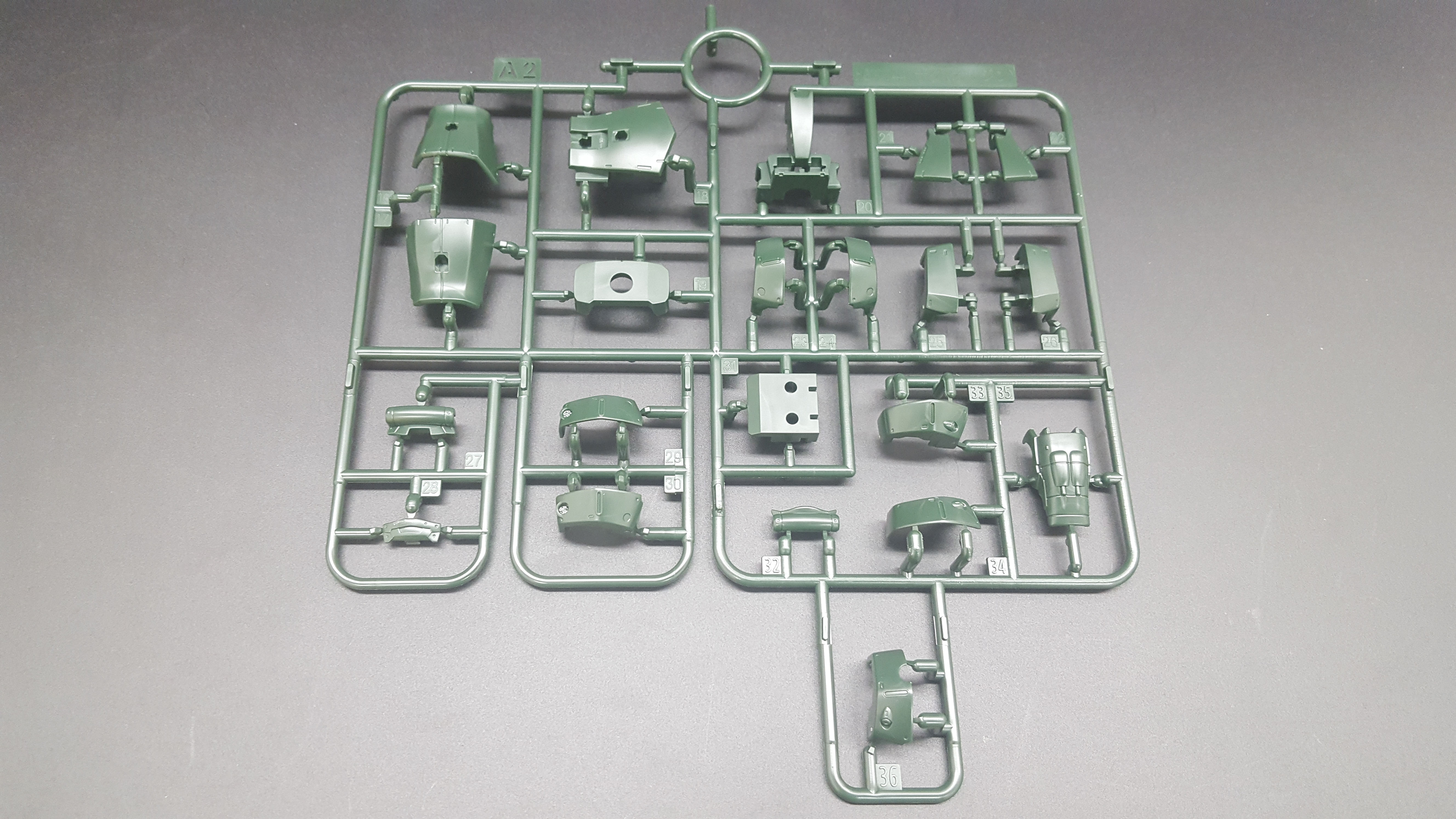 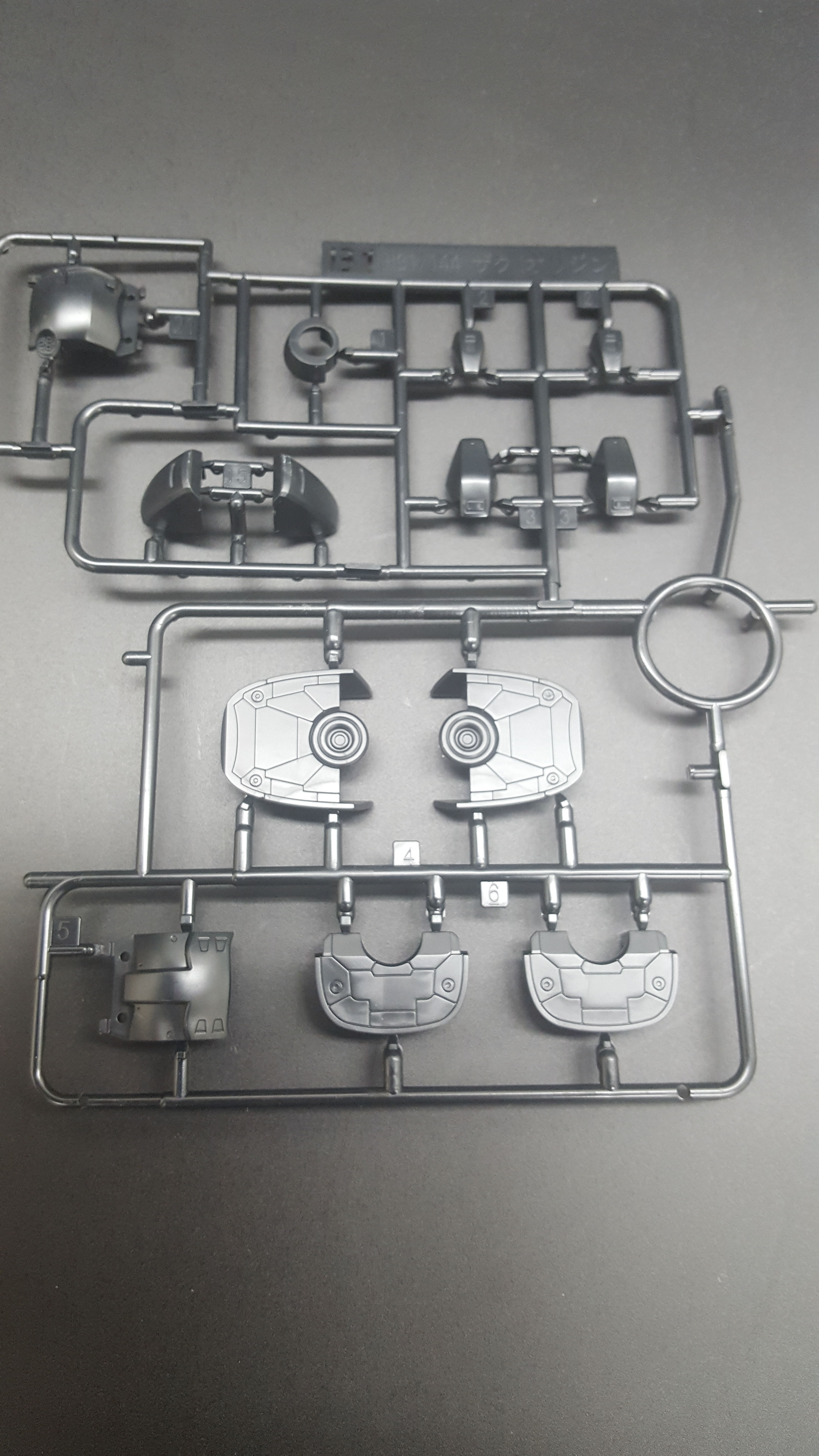 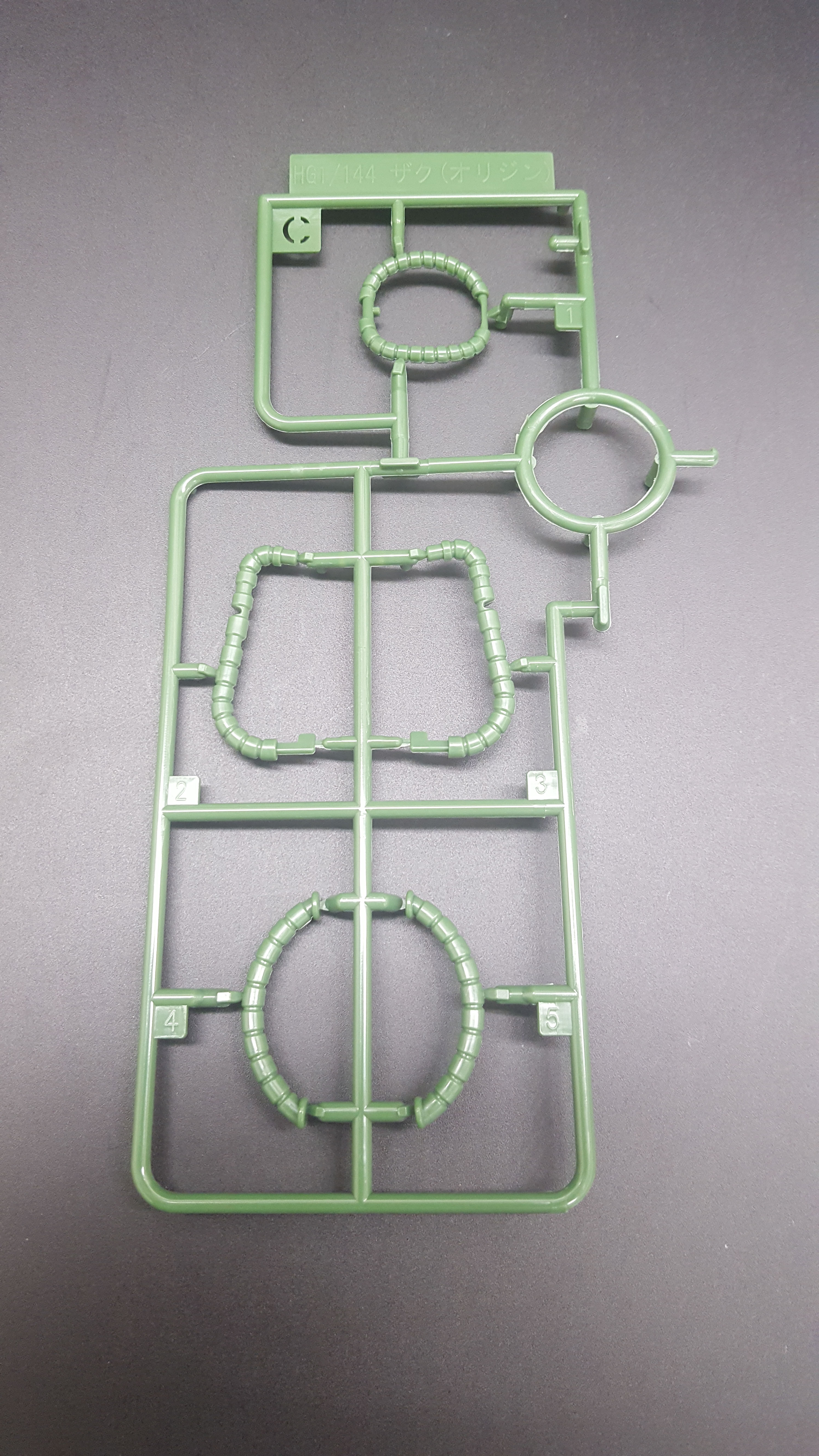 C: Light green. These parts, like the red ones in the Char’s Zaku kit, are made of a softer, more flexible plastic. 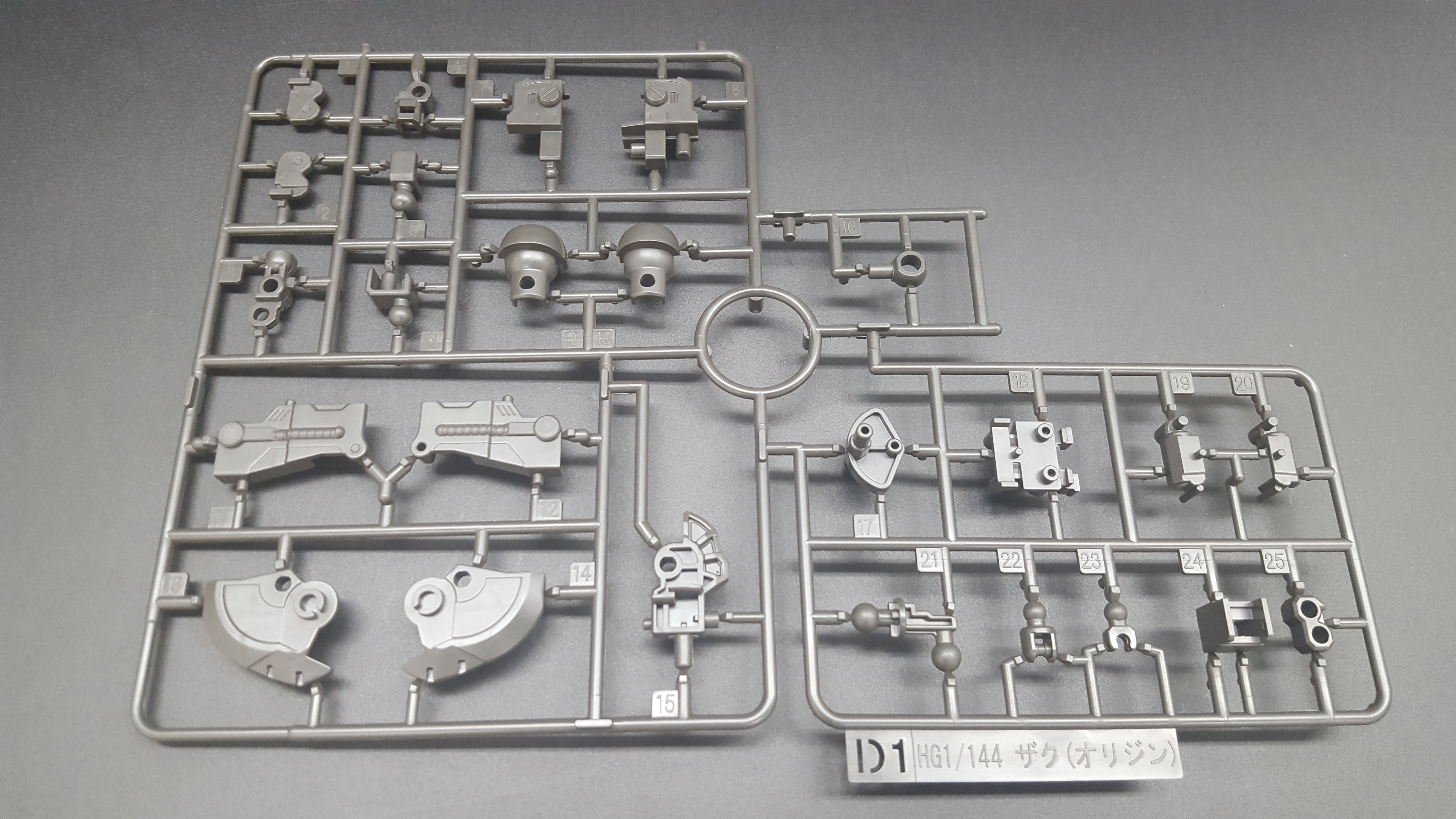 The miscellaneous parts are generally the same as the red Zaku’s: polycaps, a machine gun belt, and decals — though of course you’re getting different decals with this one.