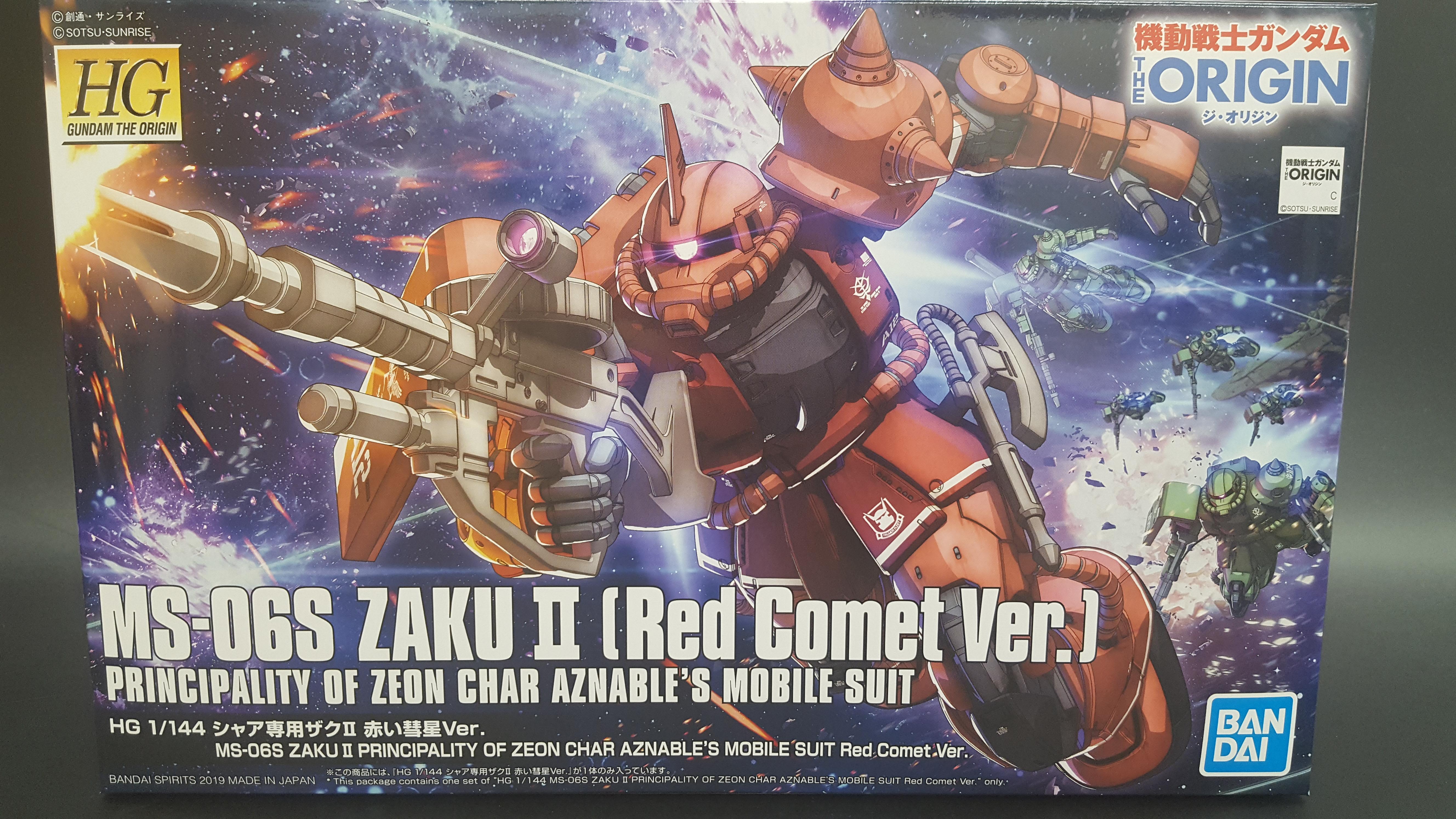 The 1/144 HG MS-06S Zaku II Principality of Zeon Char Aznable’s Mobile Suit Red Comet Ver. (what a mouthful!) arrived in stock the other day. It consists mostly of runners that you’ll find in other Zaku kits, but it’s still pretty neat (and hey, it’s Char’s). Let’s take a look at the box and what’s inside, so you can see for yourself how it compares to other Zaku kits! 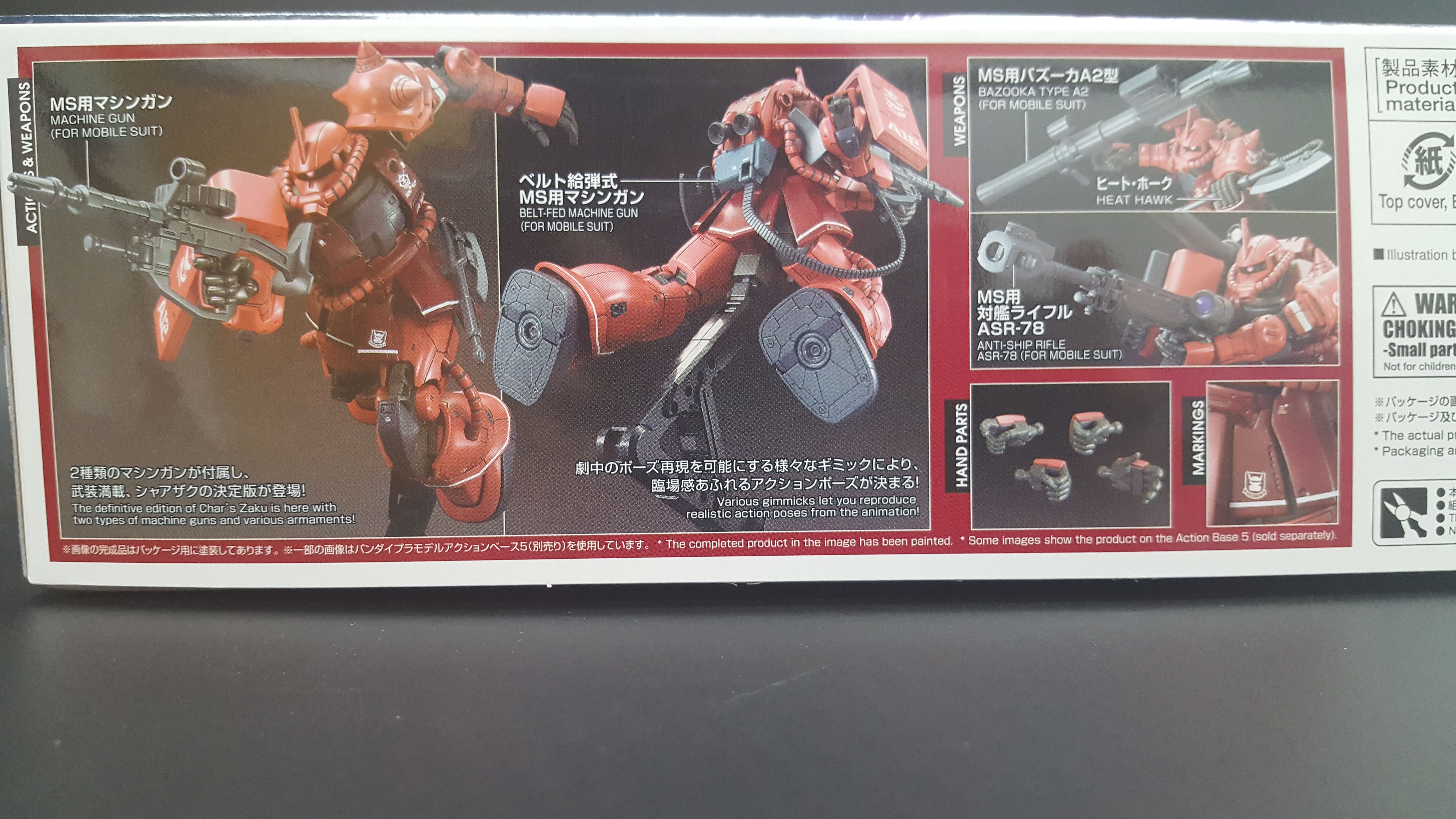 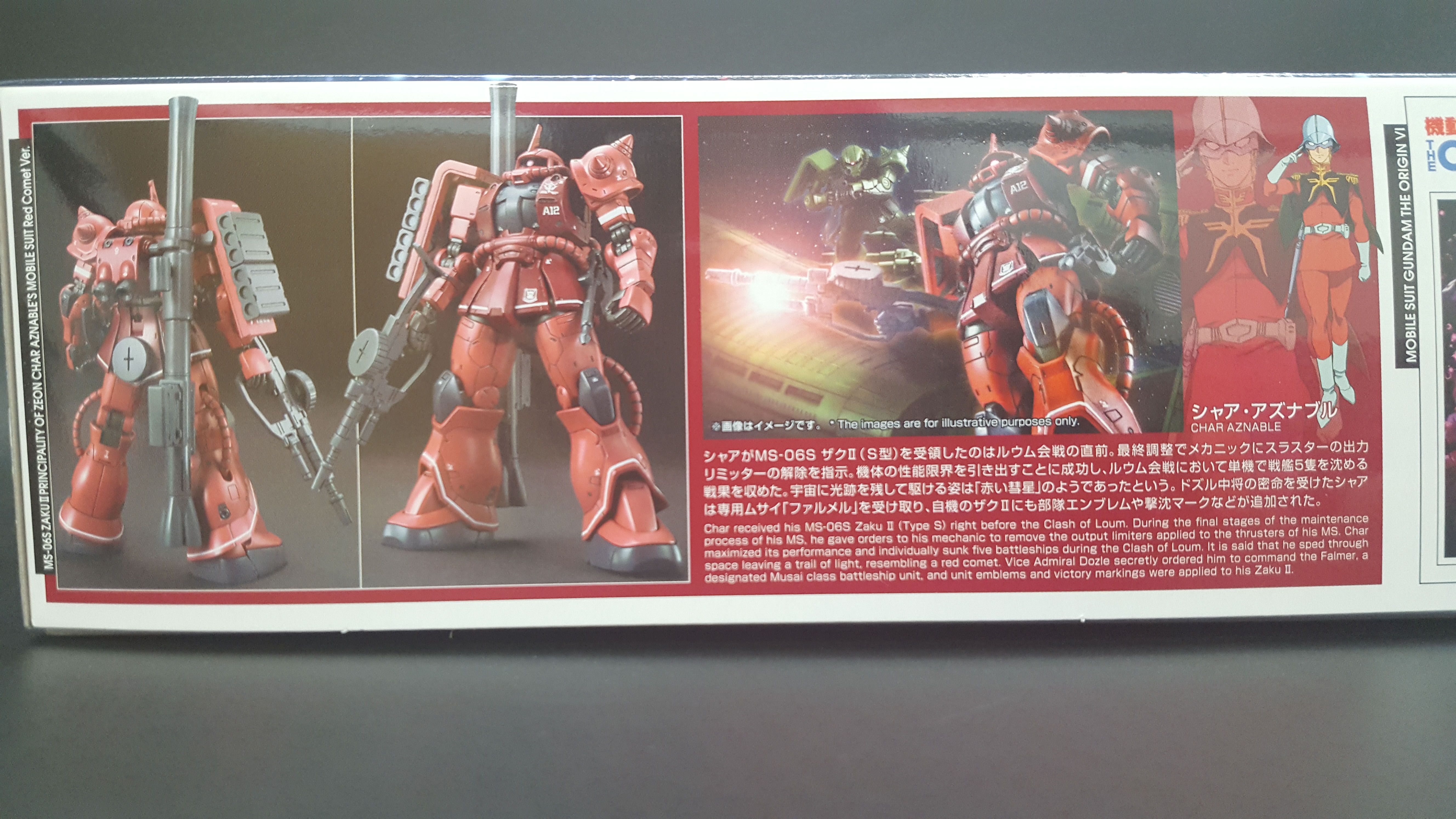 This side of the box gives you a bit of history of the kit & Char. You’ve also got your usual front and back shots of the finished model. 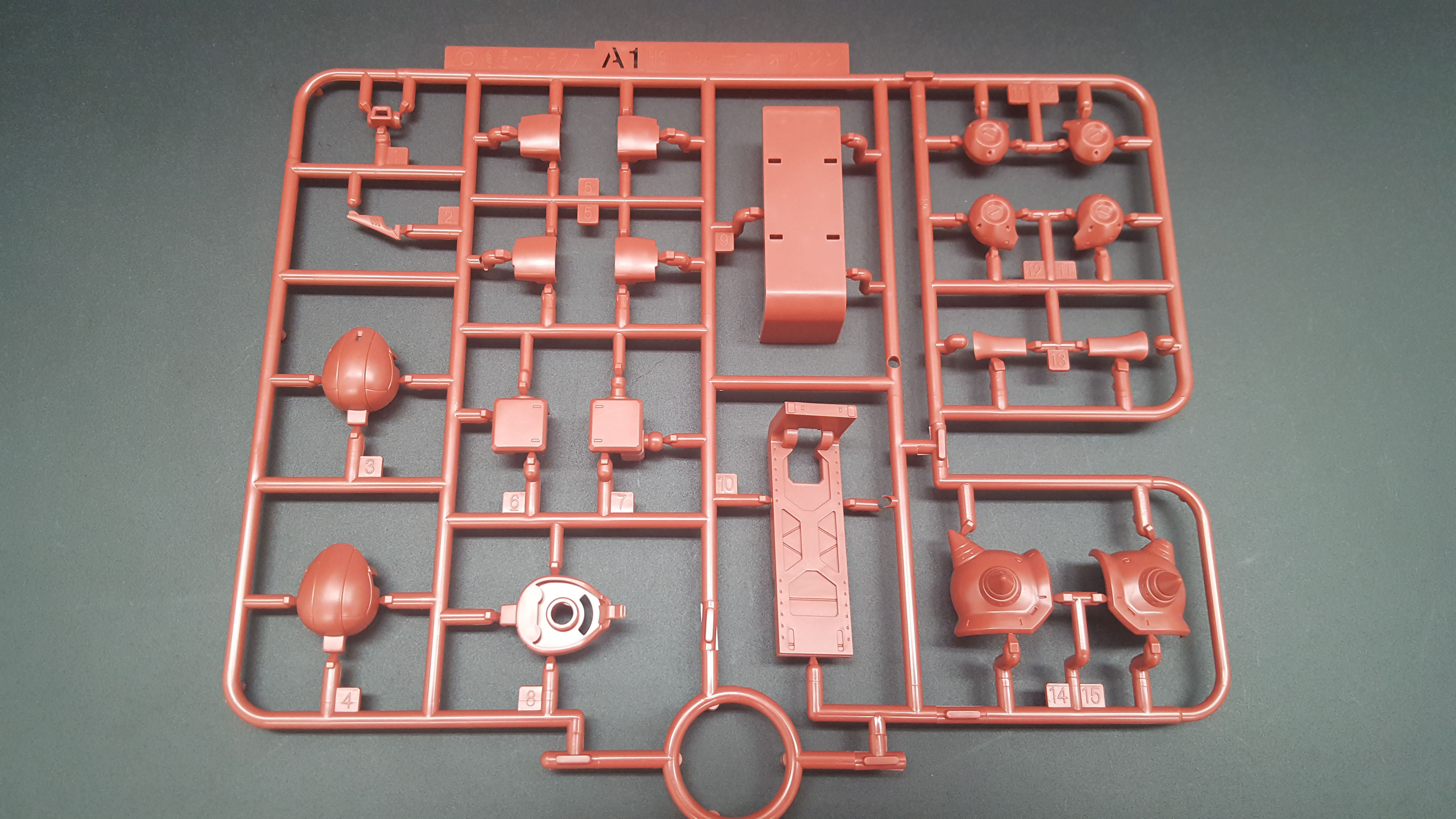 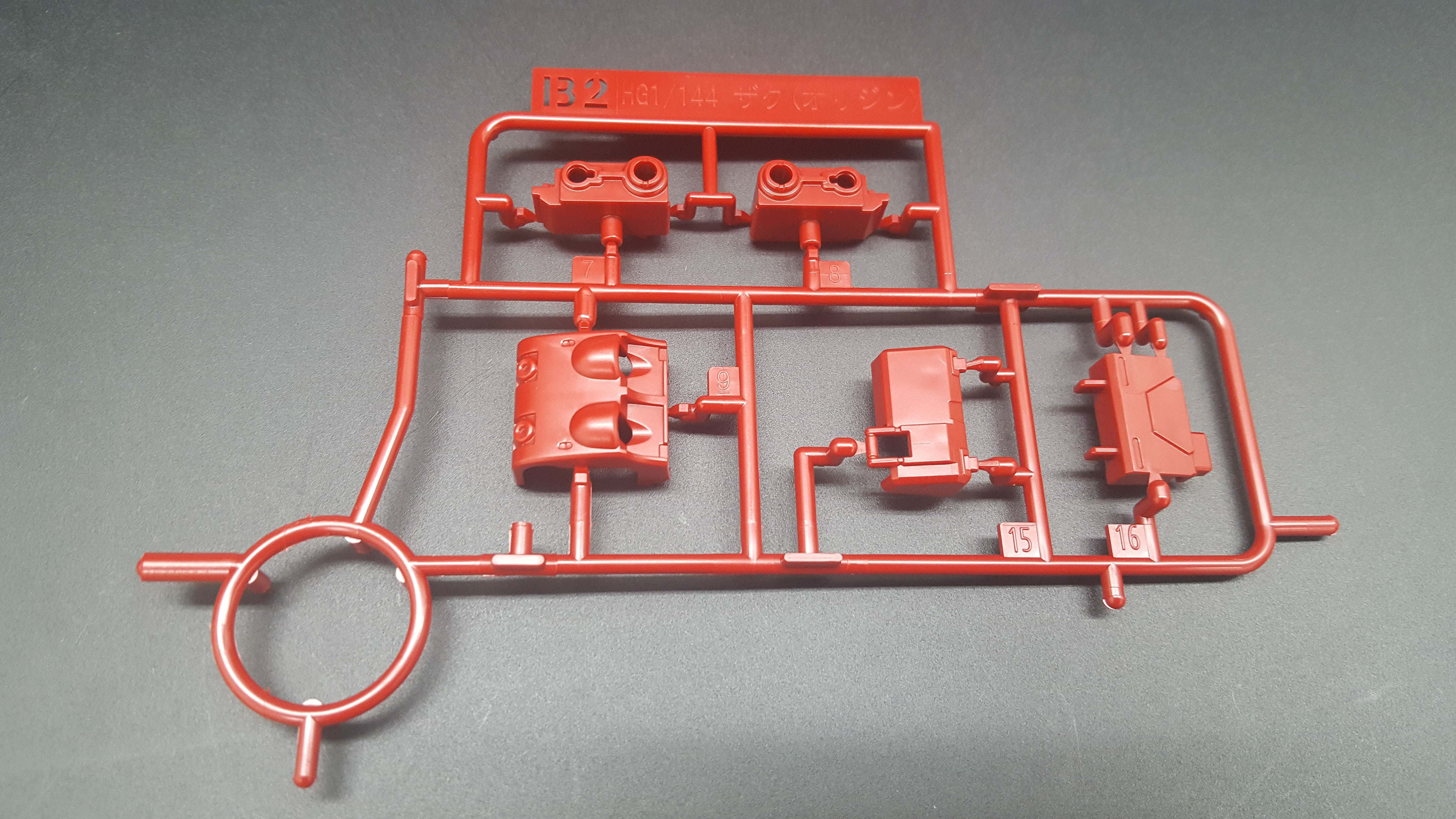 C: Red. These parts are actually made of a softer, more flexible plastic, which is a nice touch. 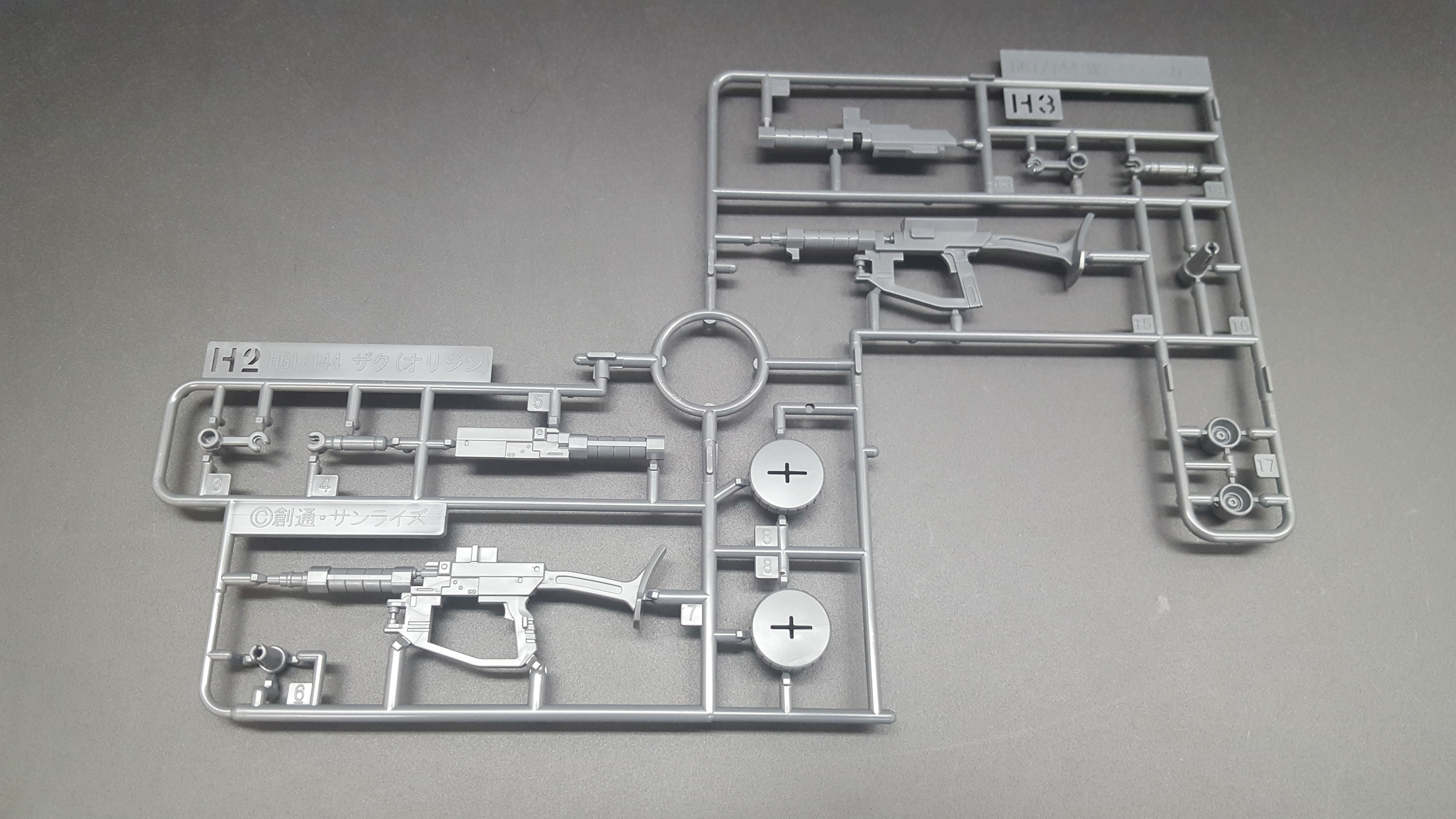 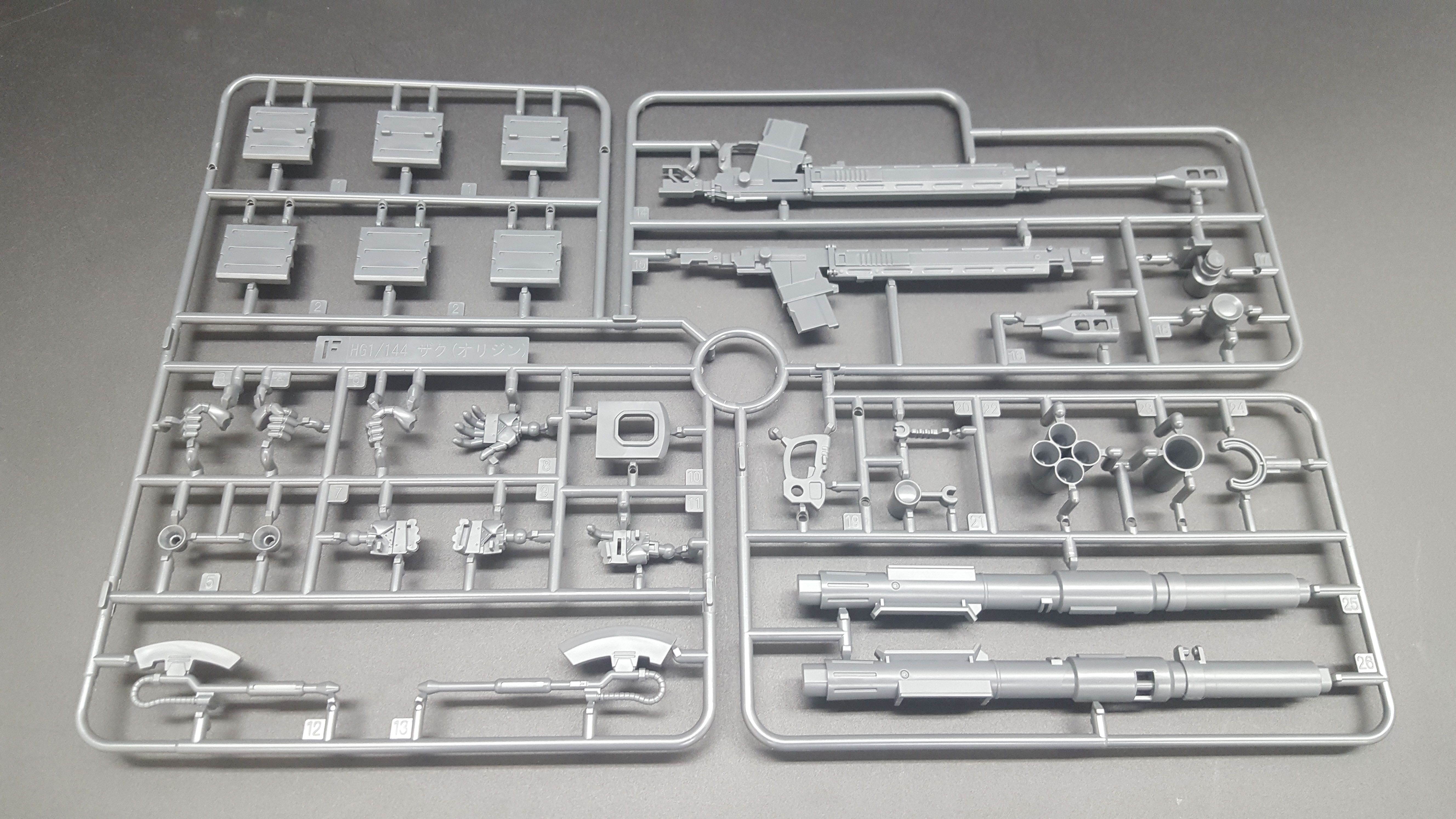 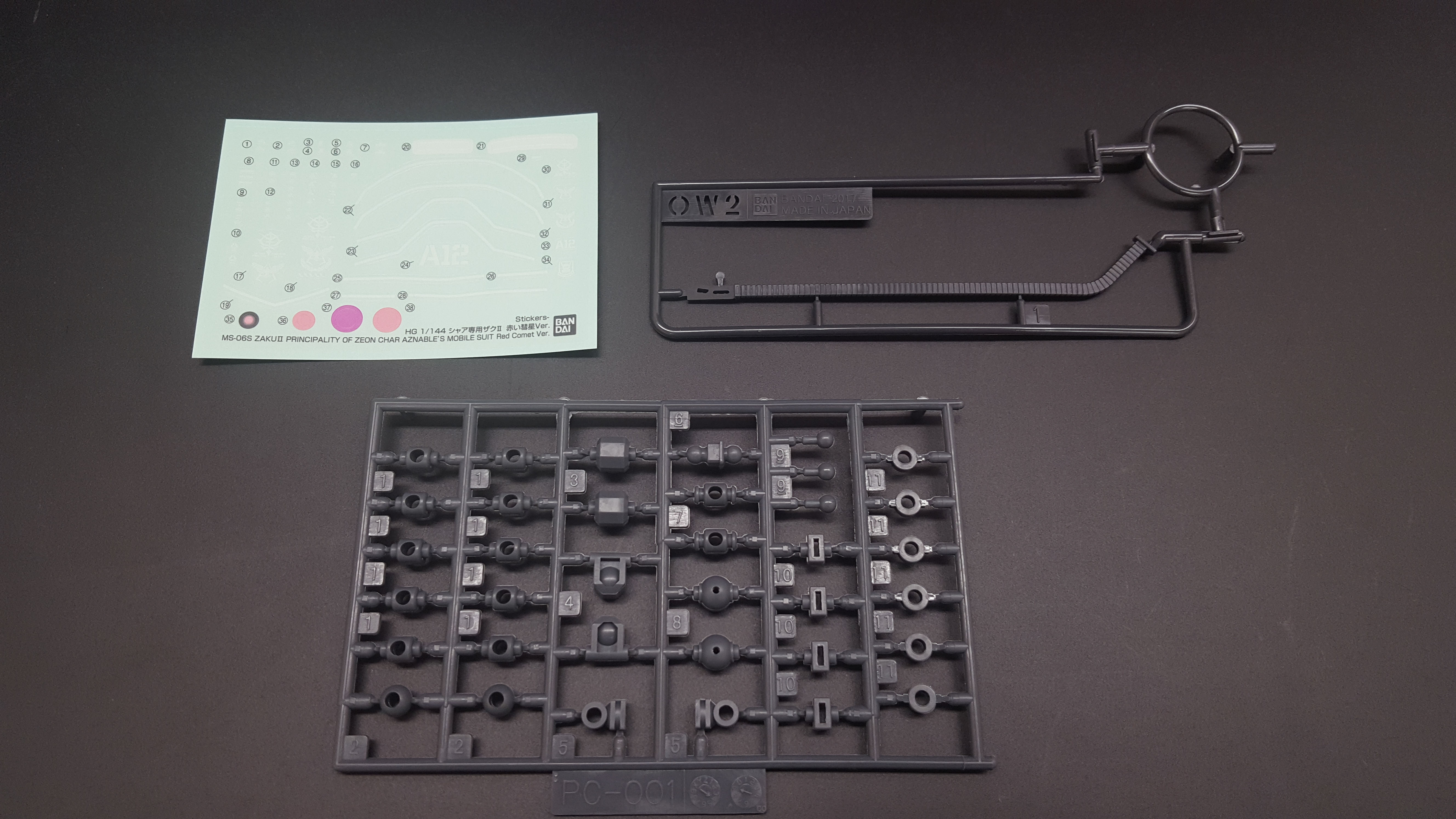 …and the miscellany: a bunch of polycaps, the machine gun belt, and a whole bunch of stickers. (They’re mostly white — you may need to zoom in to see them better!)

What do you think? Is this going to be THE Char Zaku kit?