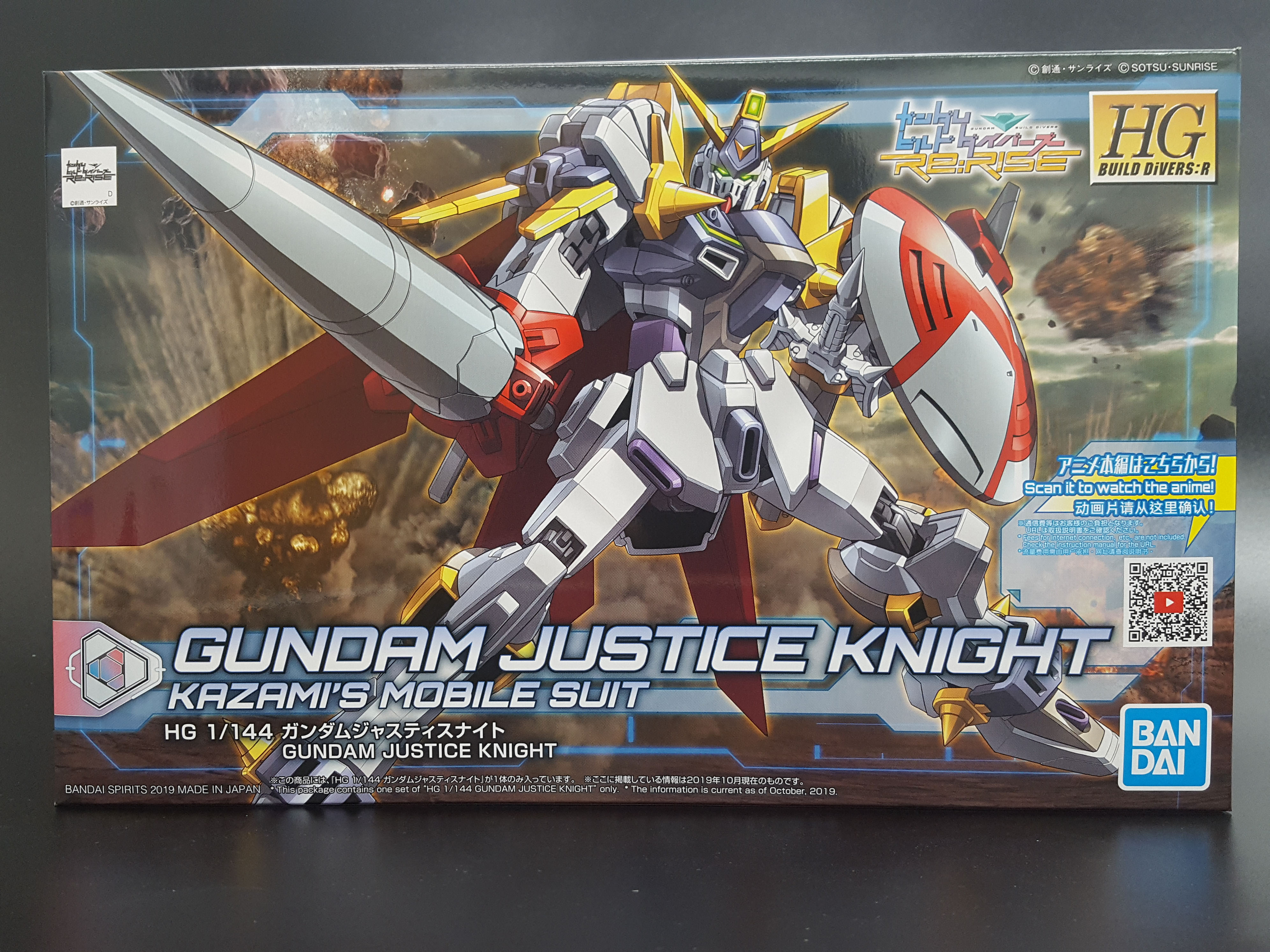 The second major release from the new “Gundam Build Divers” series is the Justice Knight Gundam! It’s exactly what it sounds like: a European knight-themed kit with a lance-like weapon and a large round shield. Parts of its head even resemble elements of a medieval knight’s helmet. 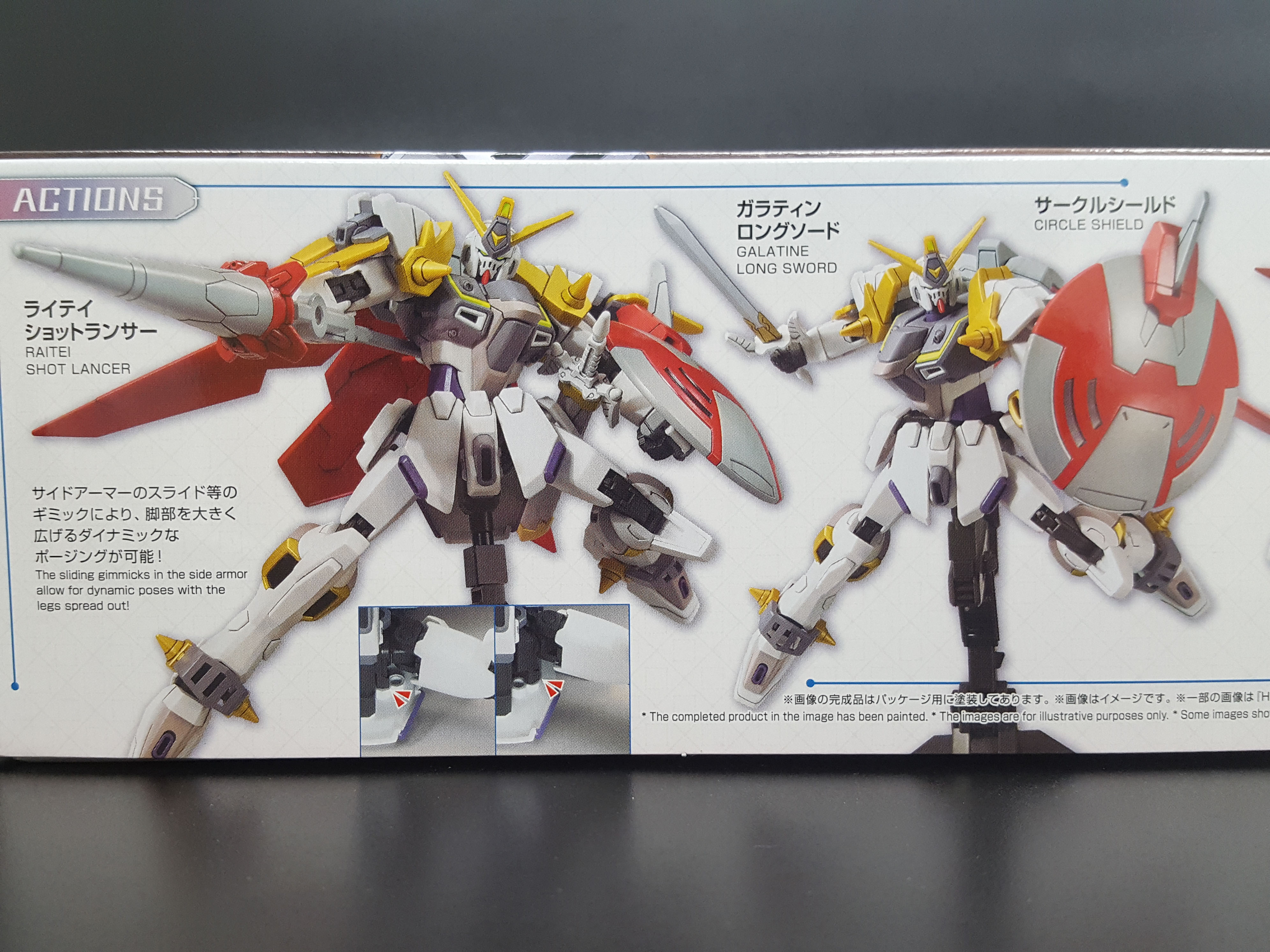 Great action poses show off the Raitei Shot Lancer, the Galatine Long Sword, and the Cirlce Shield. To get these poses, though, you’ll need to buy an Action Base (sold separately). 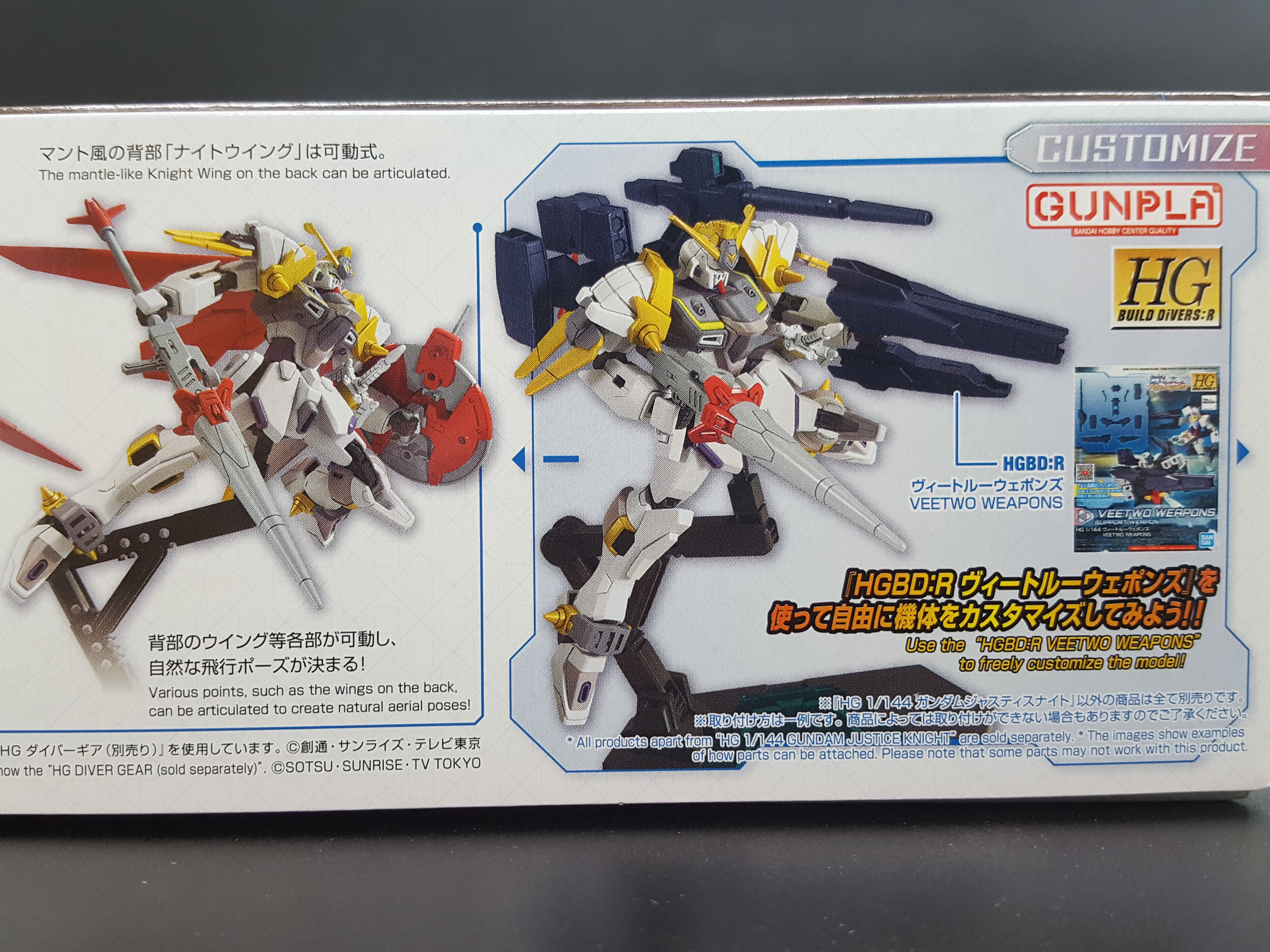 Here we see one way in which you can use the articulated wing to get flight poses. And on the right, Bandai points out that you can customize this kit with the Veetwo Weapons set (and probably other ReRise kits, too). Finally, we’re treated to the backstory of the Gundam, as well as a simple front and back view of the completed kit (with some paint work). 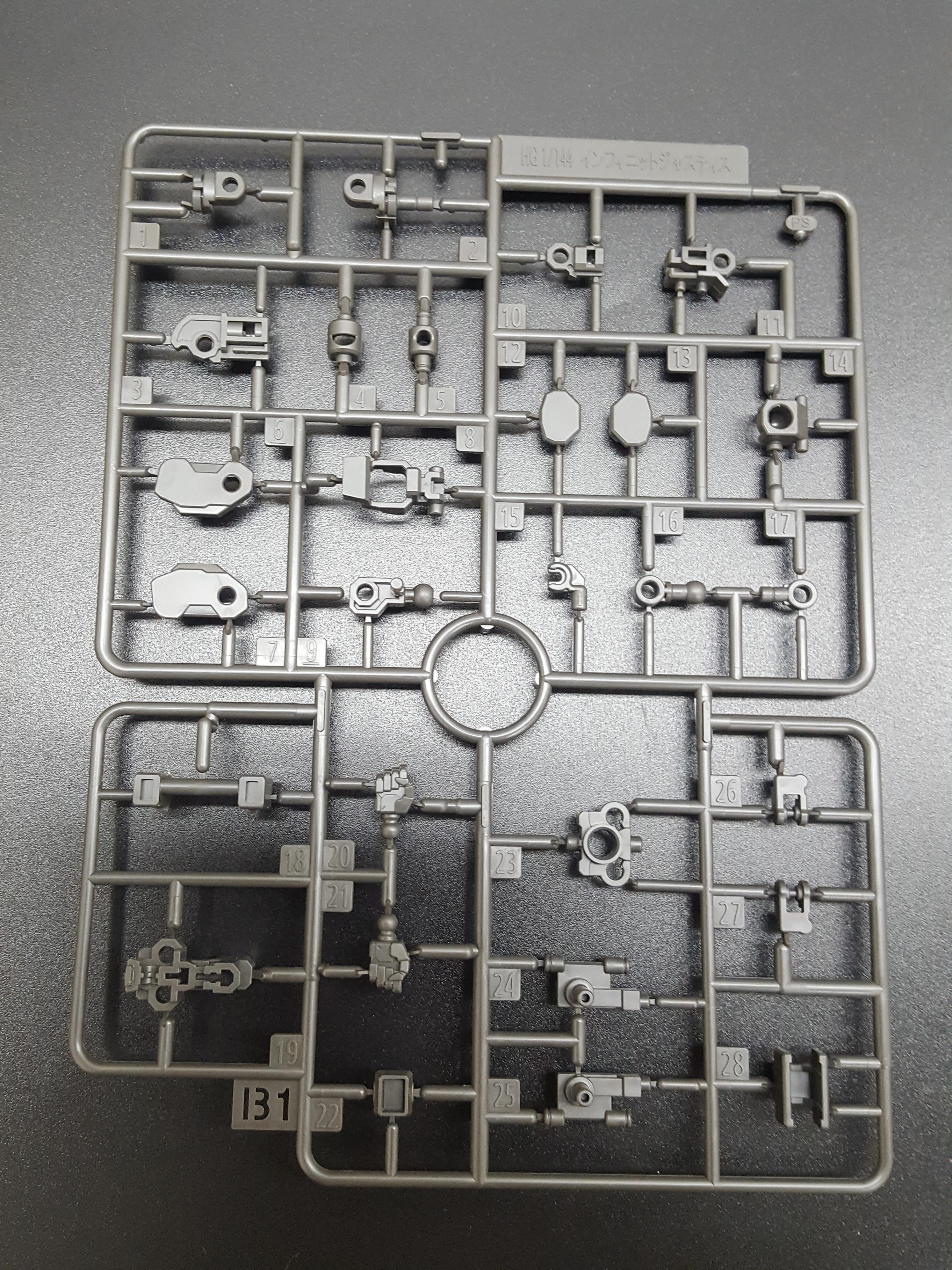 …and finally, stickers. You’ll notice this kit has no polycaps — all articulation is handled with the construction of the parts themselves.

Pick one of these bad boys up for yourself today!:
– 1/144 HDBD:R Gundam Justice Knight