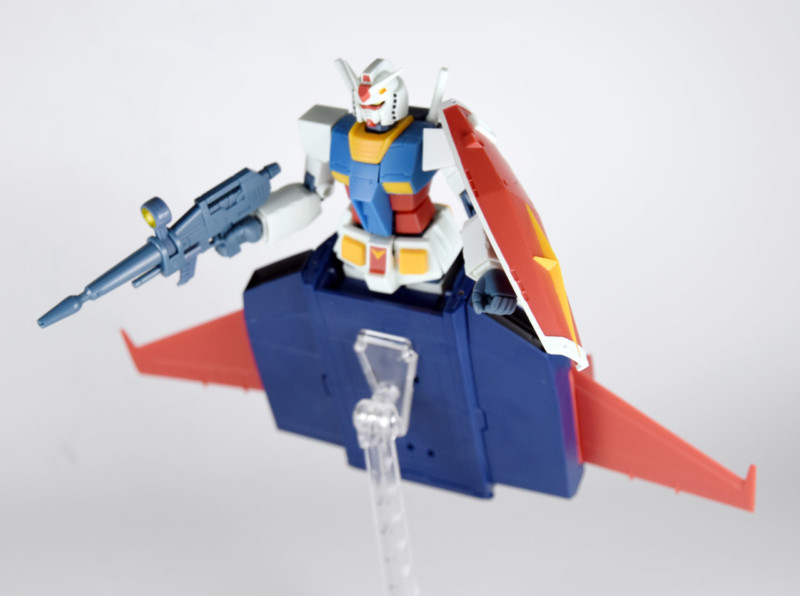 Following the unboxing, here is the review for the new Robot Damashii G-Fighter from the original Mobile Suit Gundam. For those that are fans of the original series, this is a really great toy.

As I said in the unboxing, the G-Fighter was the TV series version of the FF-X7-Bst Core Booster seen in the movie trilogy. The main difference between the two designs is that the Core Booster was a more streamlined fighter, whereas the G-Fighter was a multifaceted vehicle that could combine with mobile suits such as the Gundam into all manner of different configurations.

This toy then has a lot to live up to and it certainly doesn’t disappoint. 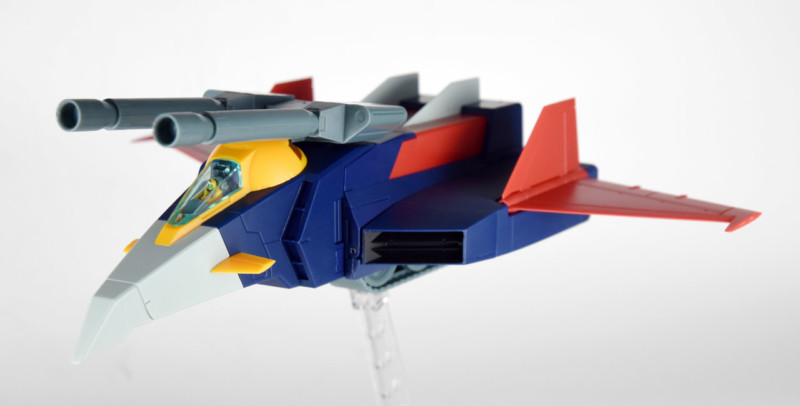 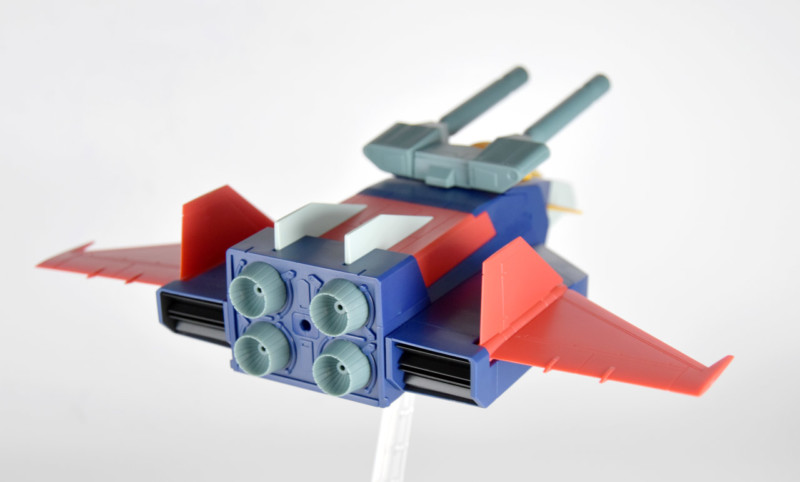 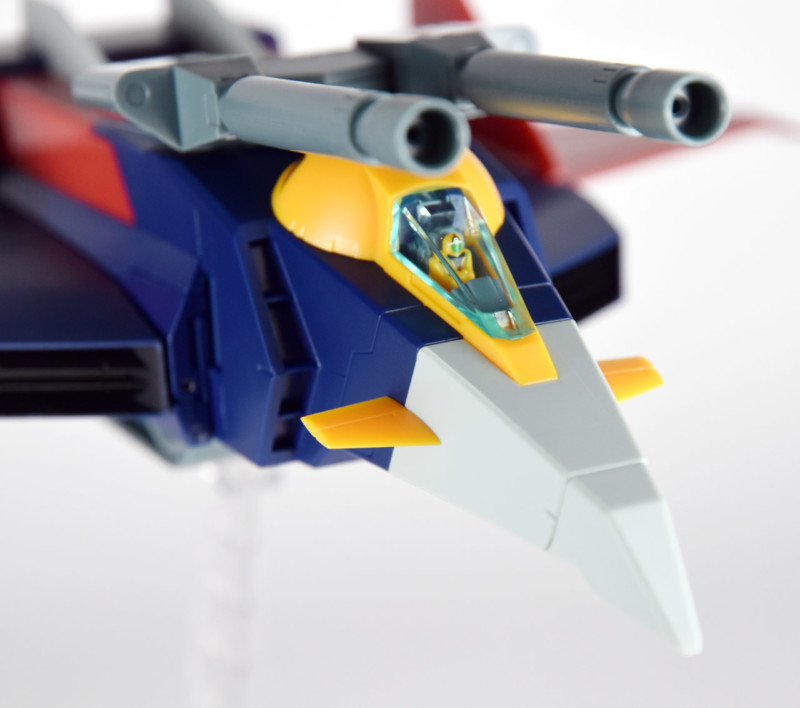 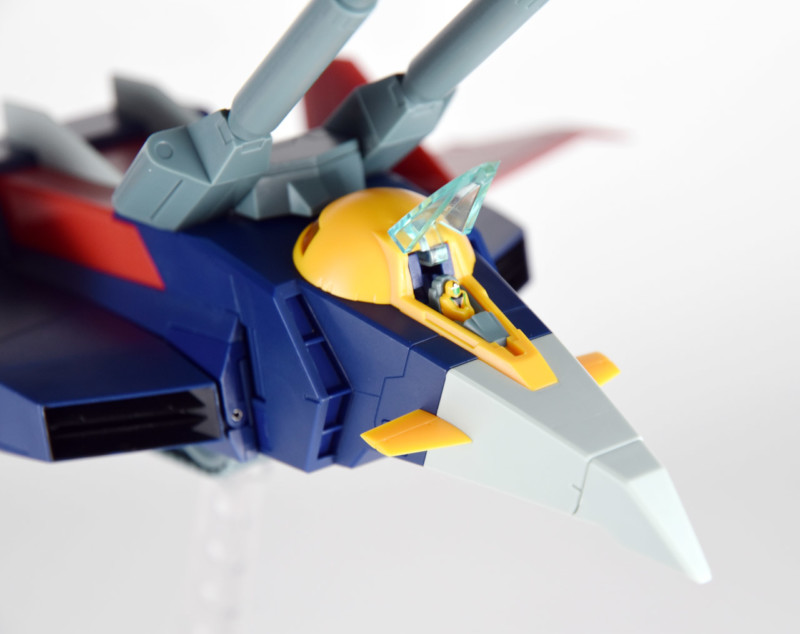 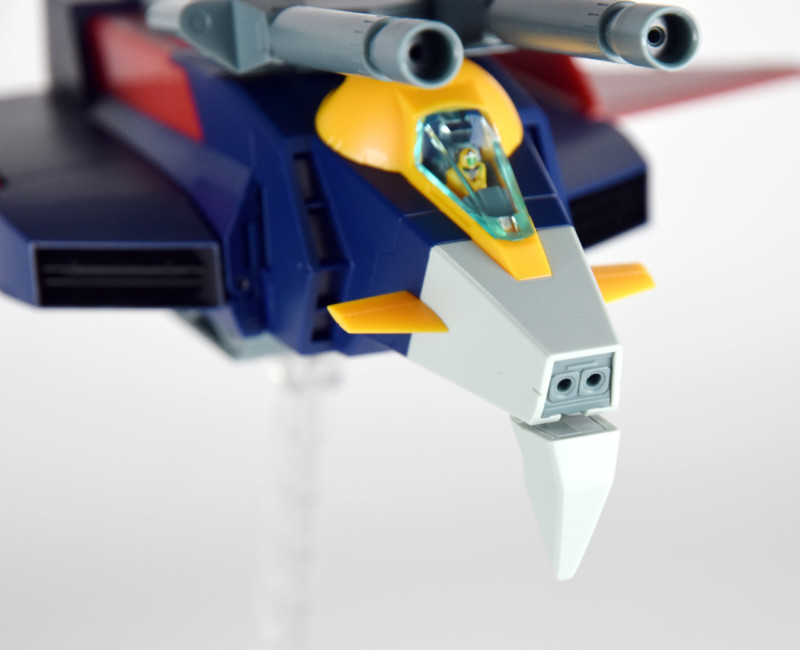 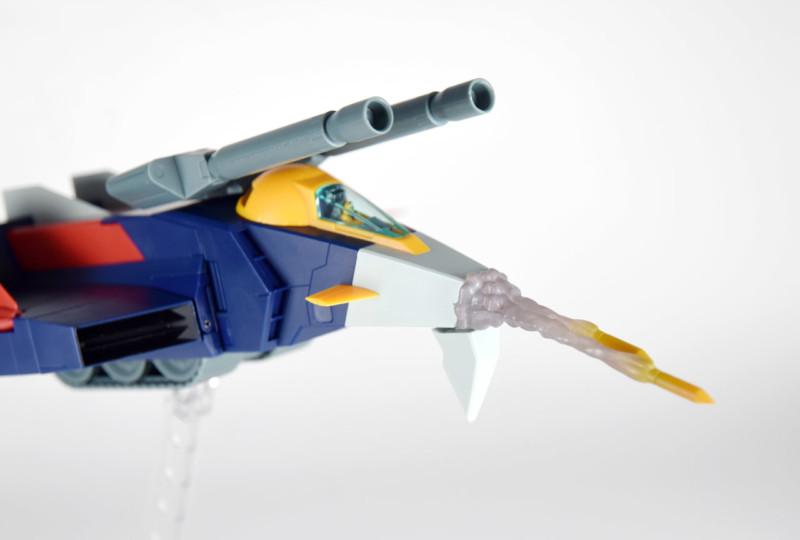 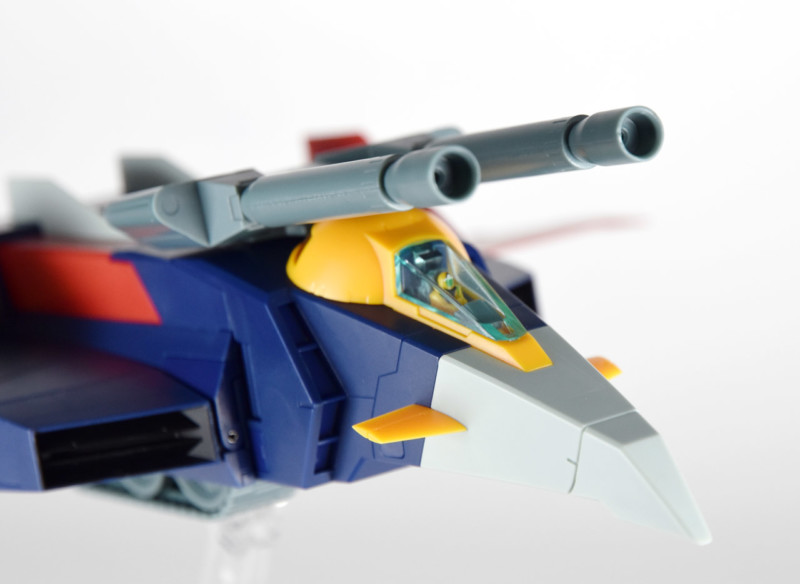 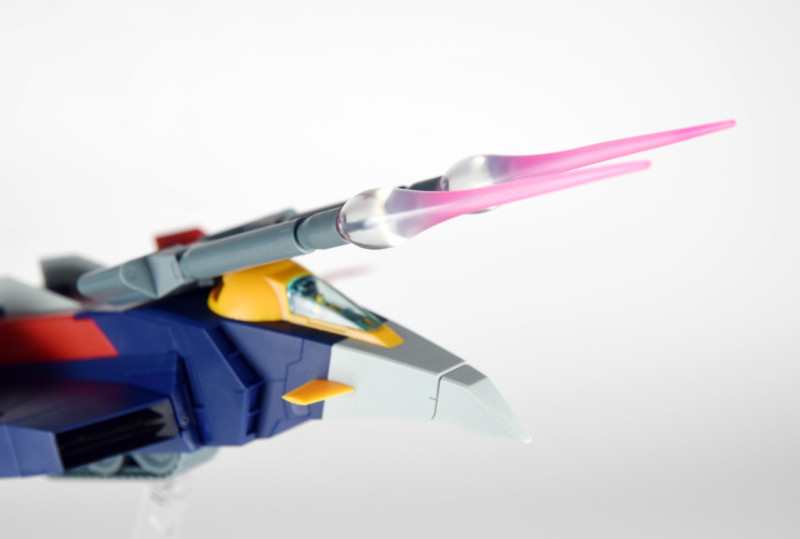 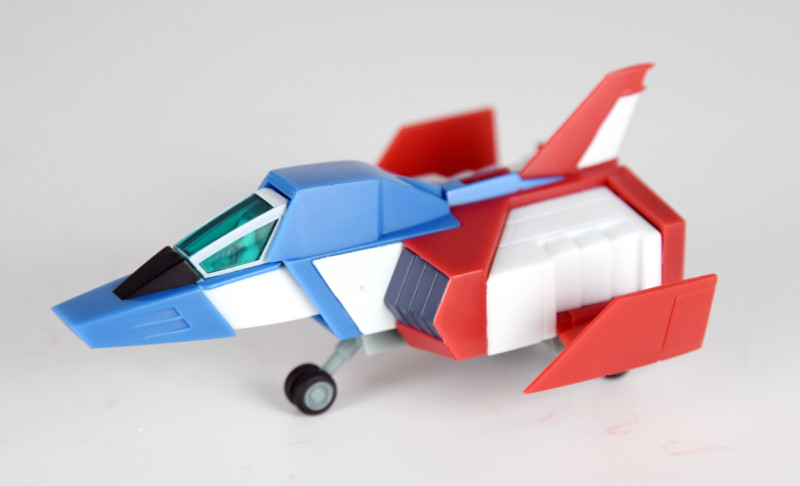 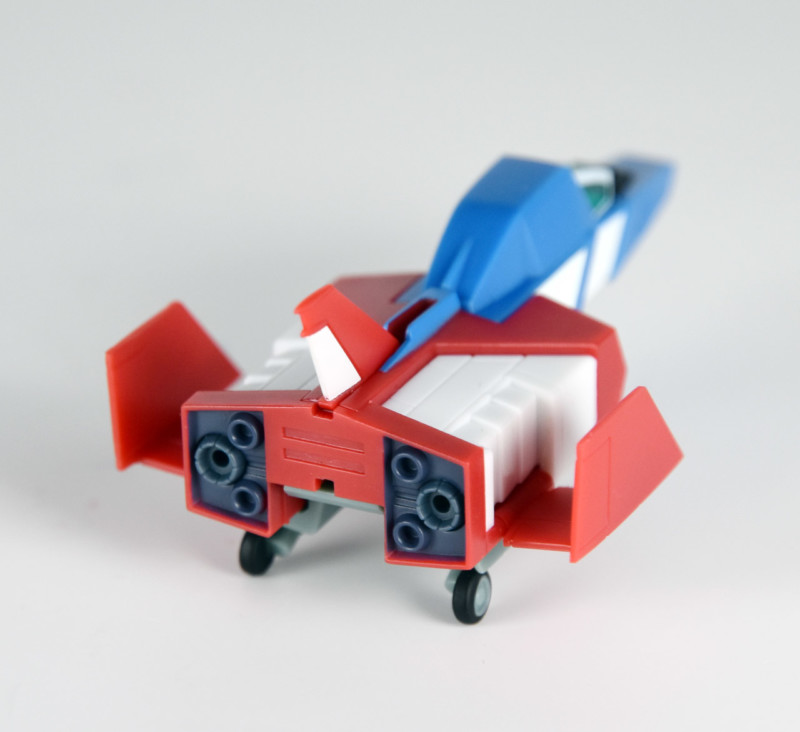 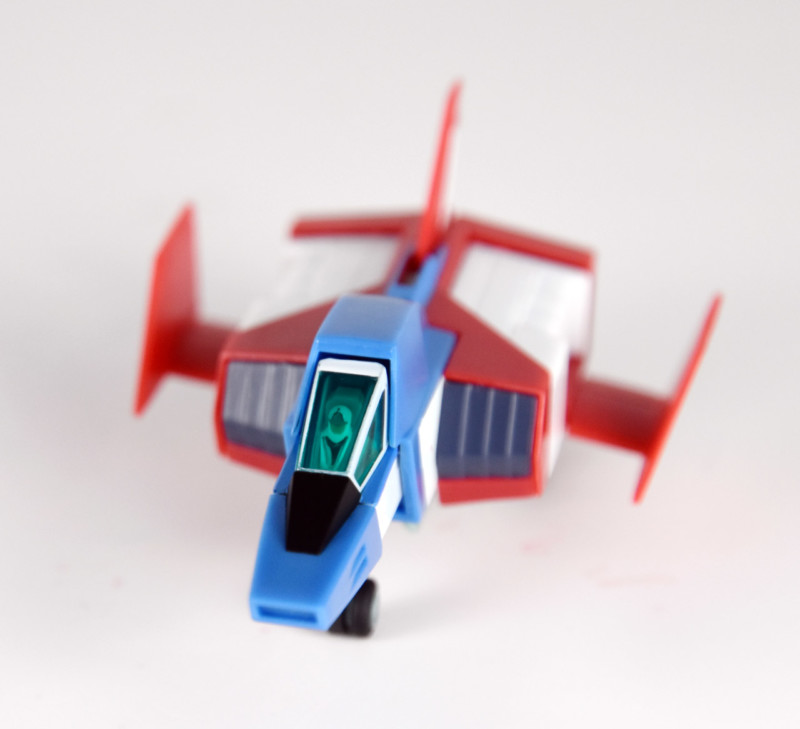 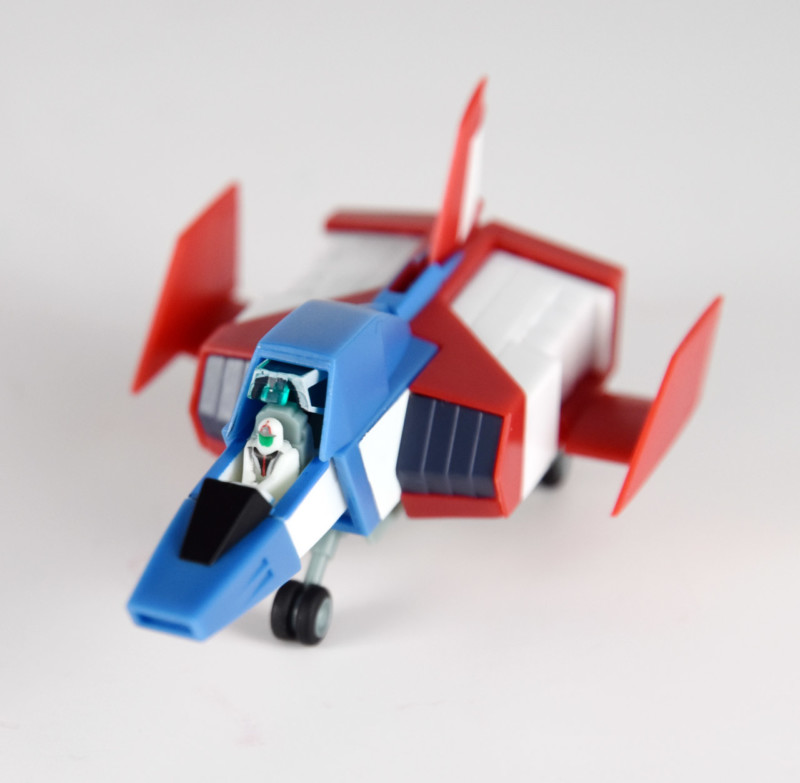 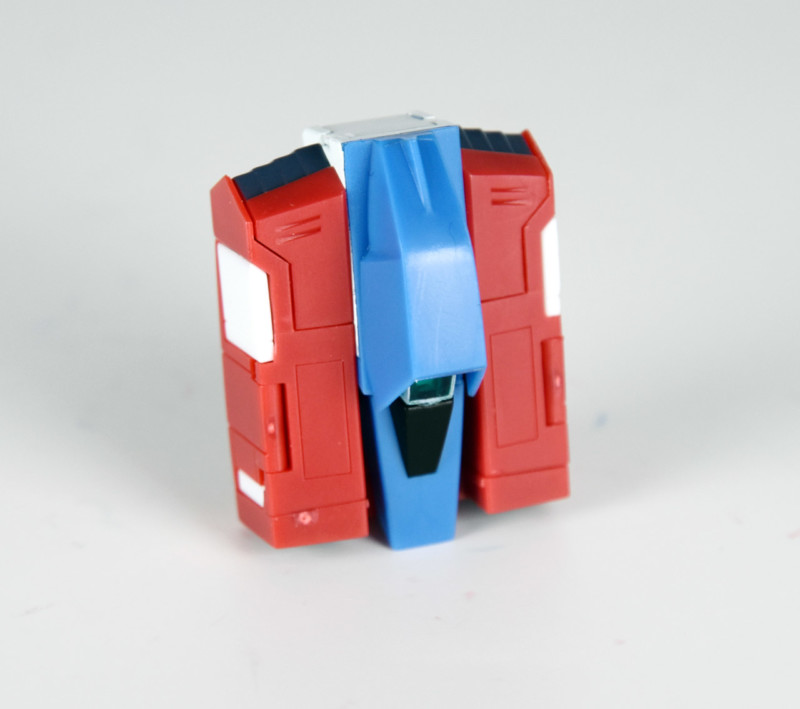 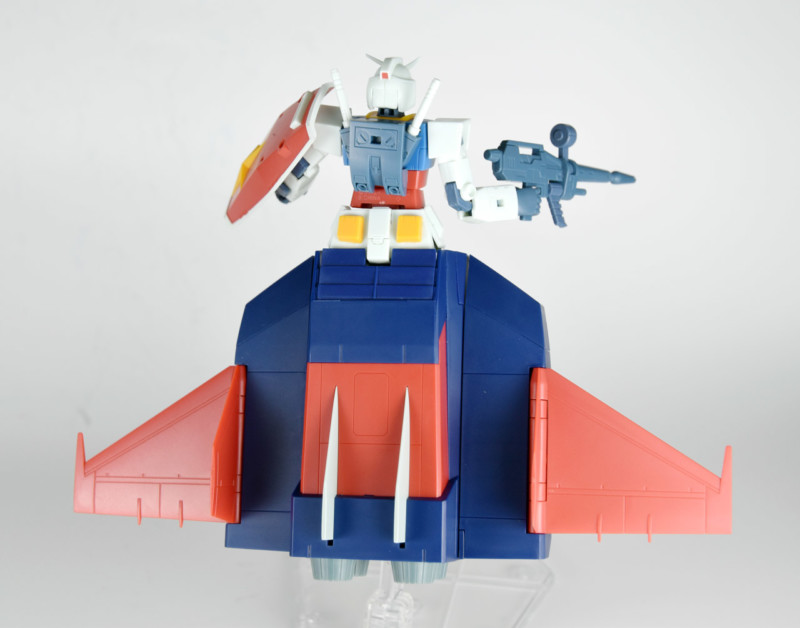 The amount of option parts and accessories the G-Fighter comes with is worth taking note of, as much of what makes the G-Fighter so appealing is the different configurations it can offer.

However, it’s worth pointing out that you will need a Robot Damashii RX-78-2 Gundam and Tamashii Stand (both sold separately) to get the most out of the G-Fighter.

The main fighter itself is surprisingly well articulated. The wings move, as do the forward beam cannons. The cockpit opens up and you have missile parts that can be “fired” from the nose. Almost everything on the G-Fighter can be posed and the sleek styling from the TV series is retained impeccably here.

After that, you then have the fun of combining the different parts to make the different versions. I haven’t gone all out here but instead focused on doing the G-Sky as well as the famous Gundam + B Parts configuration.

You also get loads of effects parts for firing beam cannons and boosters, and an additional shield for the G-Armor and a new Beam Javelin.

The real highlight, though, is the FF-X7 Core Fighter. This is again fully articulated and folds up as per the anime, and the cockpit even opens. The landing gear is a separate part that has to be attached but it looks fantastic and for me, this was worth the price of entry.

One minor point on the Core Fighter that is worth mentioning is that it isn’t strictly to scale with the Gundam. This is actually accurate to the series and movies, as the scale and sizing of things like the Core Fighters did change quite a lot. In this instance, Bandai has wisely scaled the Core Fighter to match the G-Fighter, rather than scaling it down to fit inside the Gundam.

Overall, this is a fantastic set, as it is not only a wonderful rendition of the G-Fighter and Core Fighter but offers all the parts to make all kinds of other glorious configurations. Again, you will need the Robot Damashii RX-78-2 Gundam to get the most out of this G-Fighter set but for fans of the original TV series, I cannot recommend this highly enough.