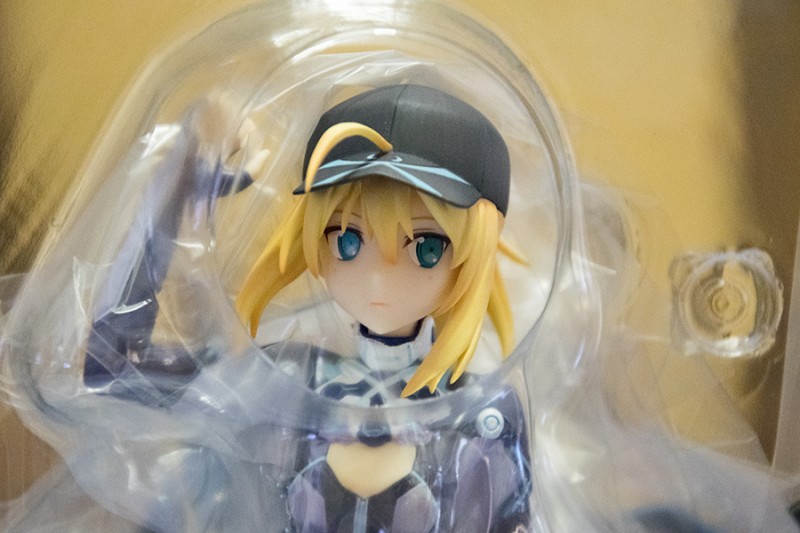 Fate/Grand Order Assassin/Mysterious Heroine X by Kotobukiya was released last month by the company, and currently is one of the only two scale figures made so far for this intriguing character who initially appeared in 2013 April Fools’ Day Event: Back Alley Satsuki – Chapter Heroine Sanctuary.

Heroine X comes in a rather elegant window box, of just the right size to perfectly hold and protect this figure. The figure is visible from three of the four sides of the box, and has plenty of protection. Once opened, we can find Heroine X in her blister and almost completely assembled. 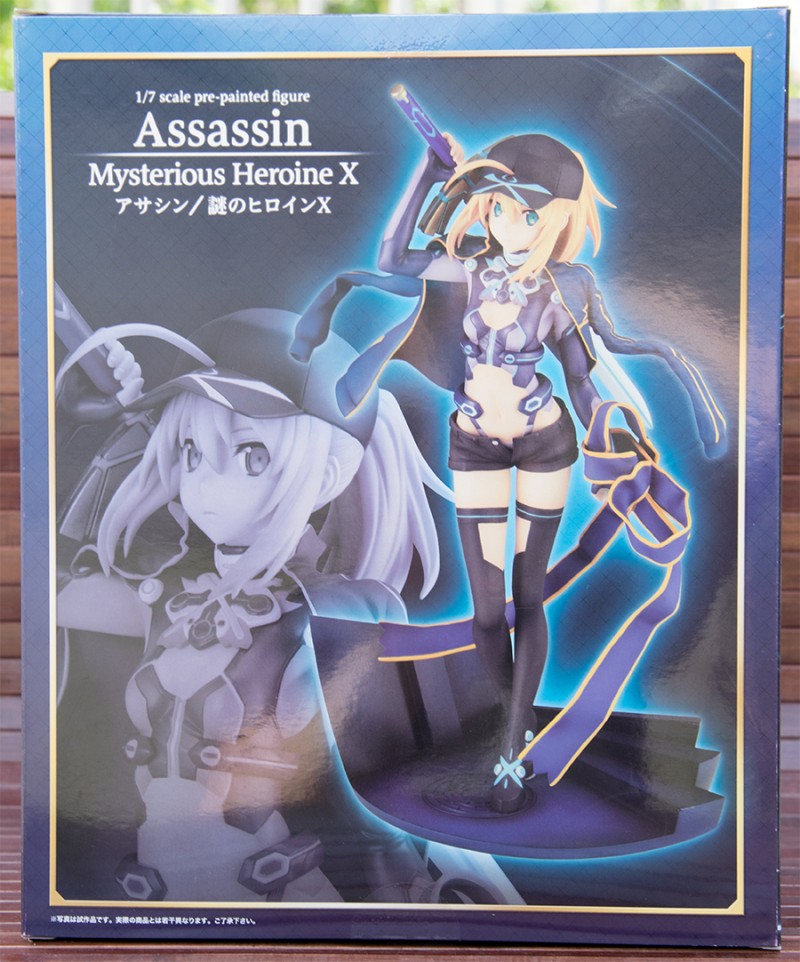 Her two swords have to be put in place, and the same applies to Heroine X’s jersey; all the tree accessories are packed separated from the figure. Assembly here is pretty simple and, perhaps, also funny. The figure has two slightly different display option to choose from, one with the jersey on and one without. 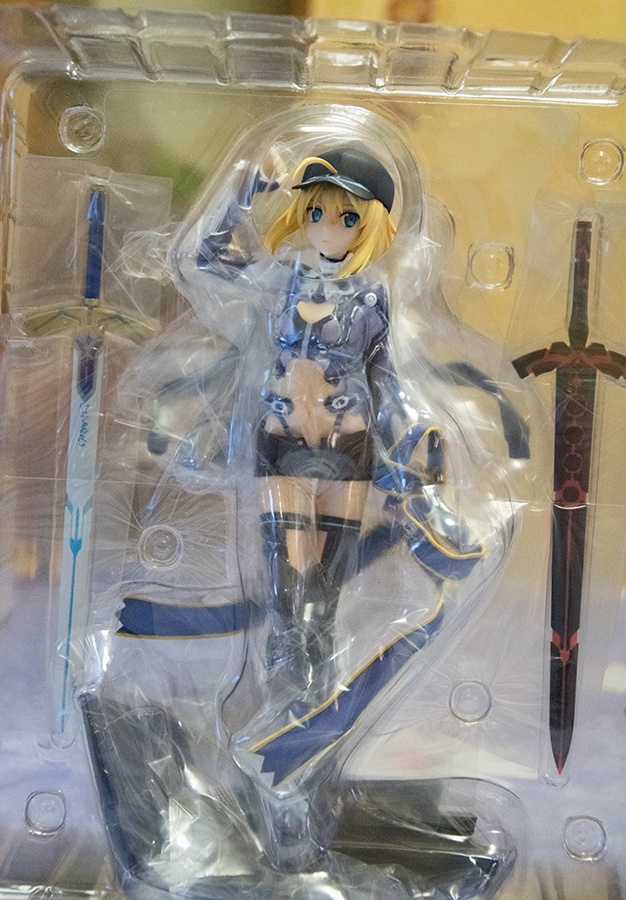 I personally prefer to display Heroine X in her default way, in other words, with the blue piece of clothing hanging on her shoulders. In order to put the jersey on we need to remove Heroine X’s top part of the head. Surprisingly enough, as this is the first time I’ve encountered an option like this — the part that has to be removed is not the whole head, but just the top part where Heroine X’s cap attaches to her head.

Once the cap and hair are removed, we can proceed with putting the jersey on Heroine X’s shoulders, then we can place the top part of the head back on and move to assembling the two swords. Once again, the assembly process is even simpler here as each sword, both the white one and the black one, simply have to be inserted in both Heroine X’s hands. 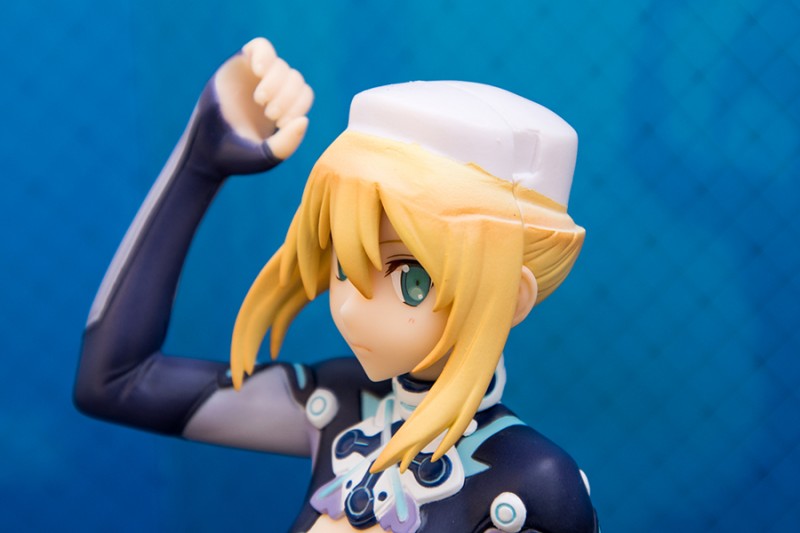 At this point the figure can be placed on the base, which is quite an interesting kind of support, sculpted resembling a small staircase. Just insert the peg on one of Heroine X’s feet into the small hole in the base.

The figure is now ready to be placed in its display case, where it will certainly make a great impression, whatever option one might choose. 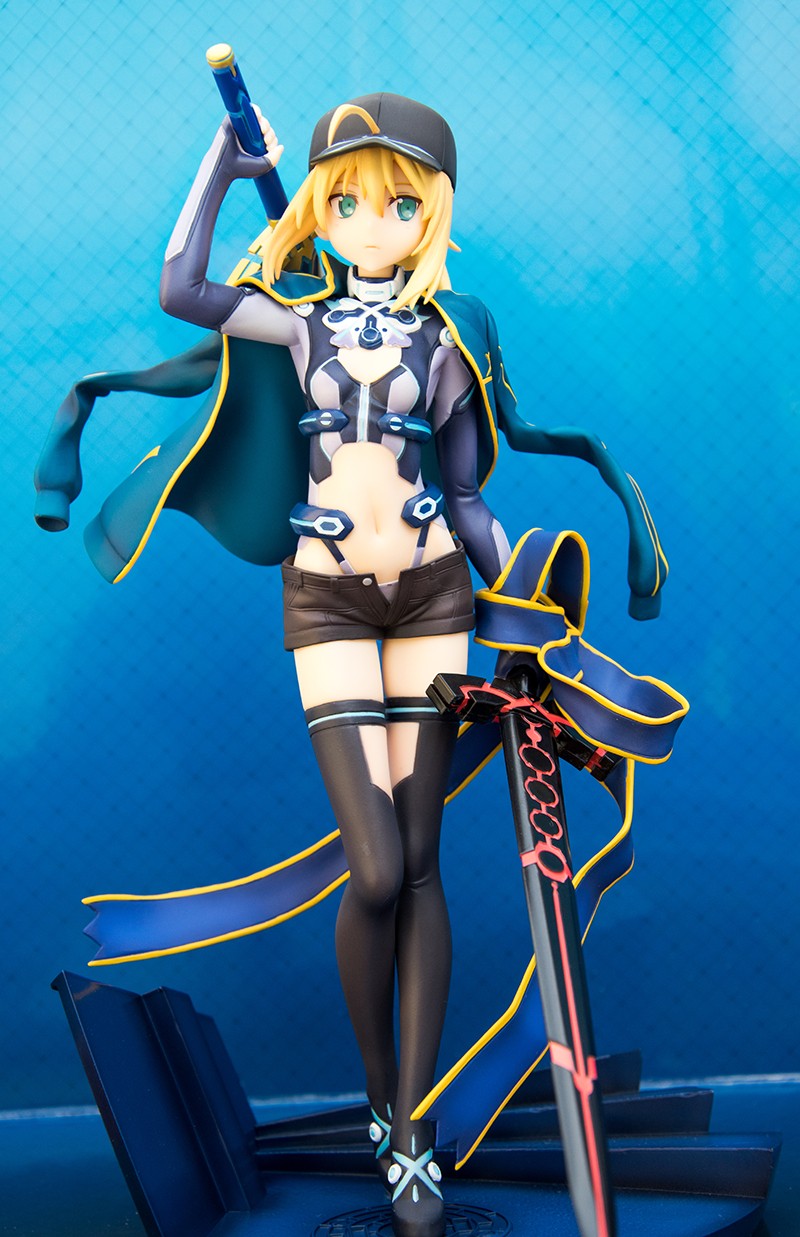 I will continue exploring this gorgeous figure in my actual review, publishing soon.