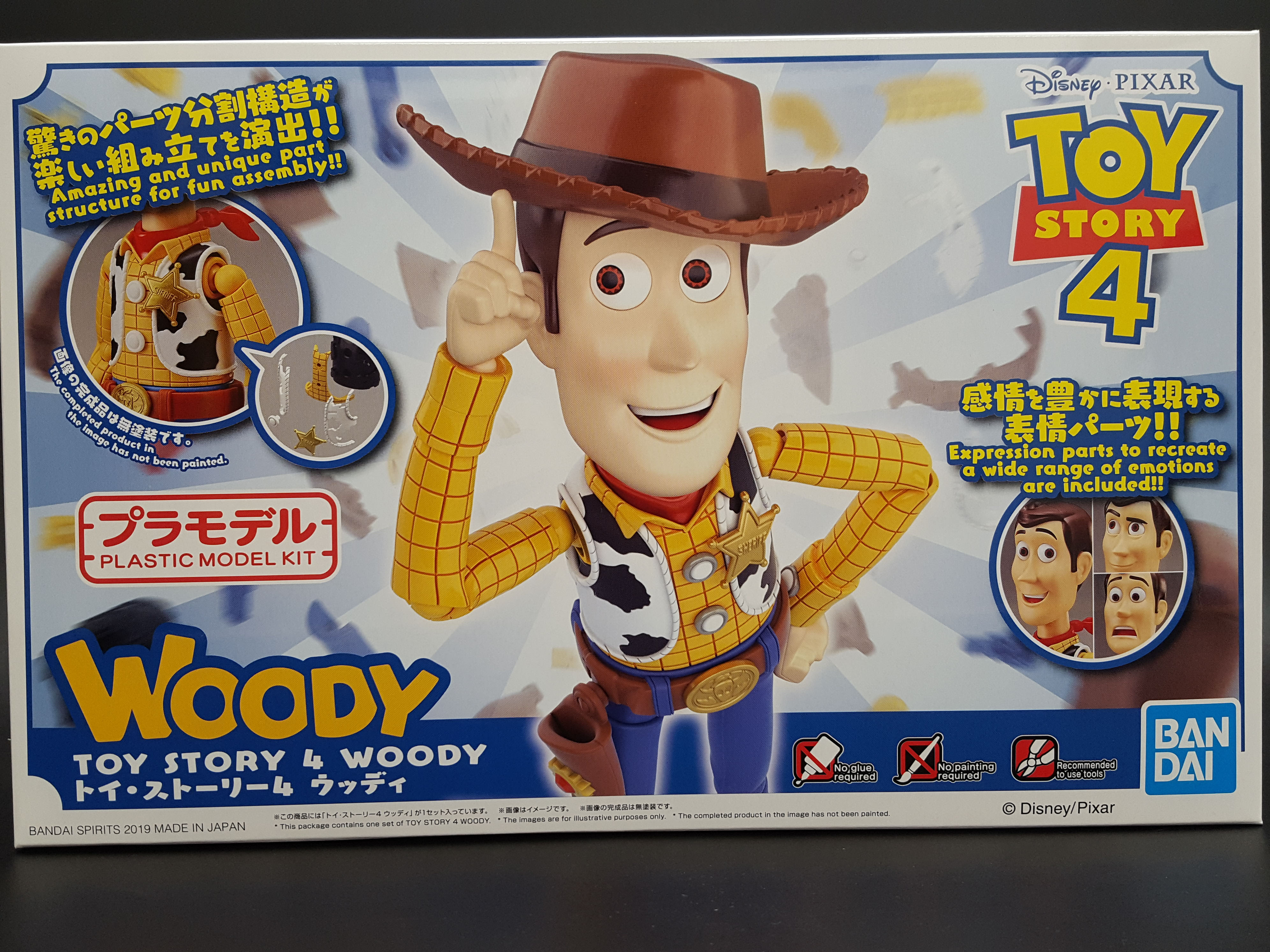 Celebrating the release of “Toy Story 4,” Bandai introduces its new Cinema-rise Standard line with Woody and Buzz Lightyear! From what we can tell, this line will more or less be like the Figure-rise Standard line, with a focus on characters from the movies.

Just from the box cover alone we can see there’s a lot to be excited about — iconic face options, super color-separated parts, and surely even more goodness waiting inside! 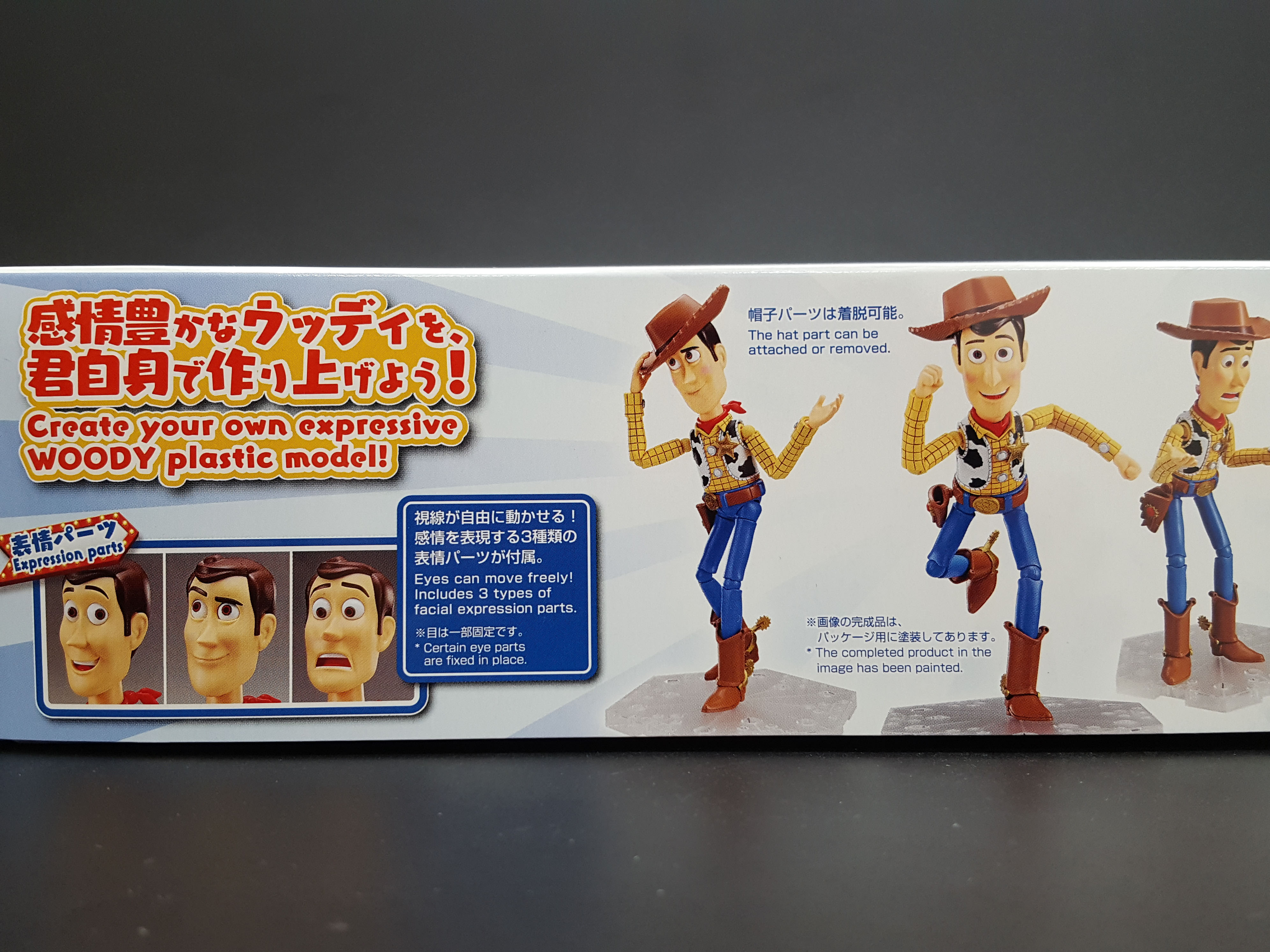 And just from the poses shown here, it looks like we have a lot of articulation to look forward to! 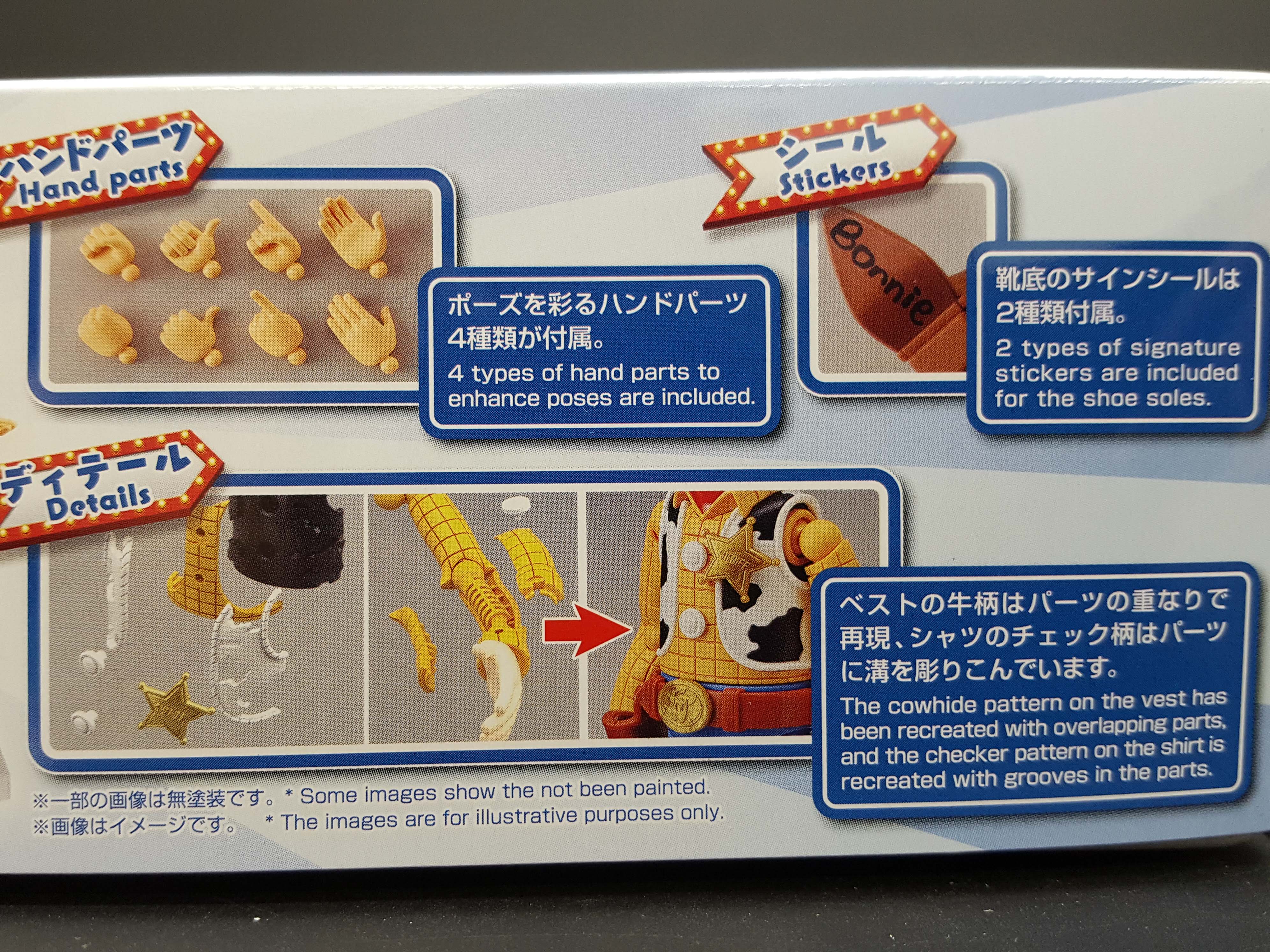 Details and more! Woody has four hand options which are ball jointed, meaning they should be easy to switch in and out as you please. There are two types of stickers for his shoe, so you can choose which child’s name you prefer — or use them both!

The color separation here is really something else: instead of using stickers for Woody’s patterned vest, it’s actually made of separate black and white parts, which is sure to look much better than stickers. I’m excited, are you? 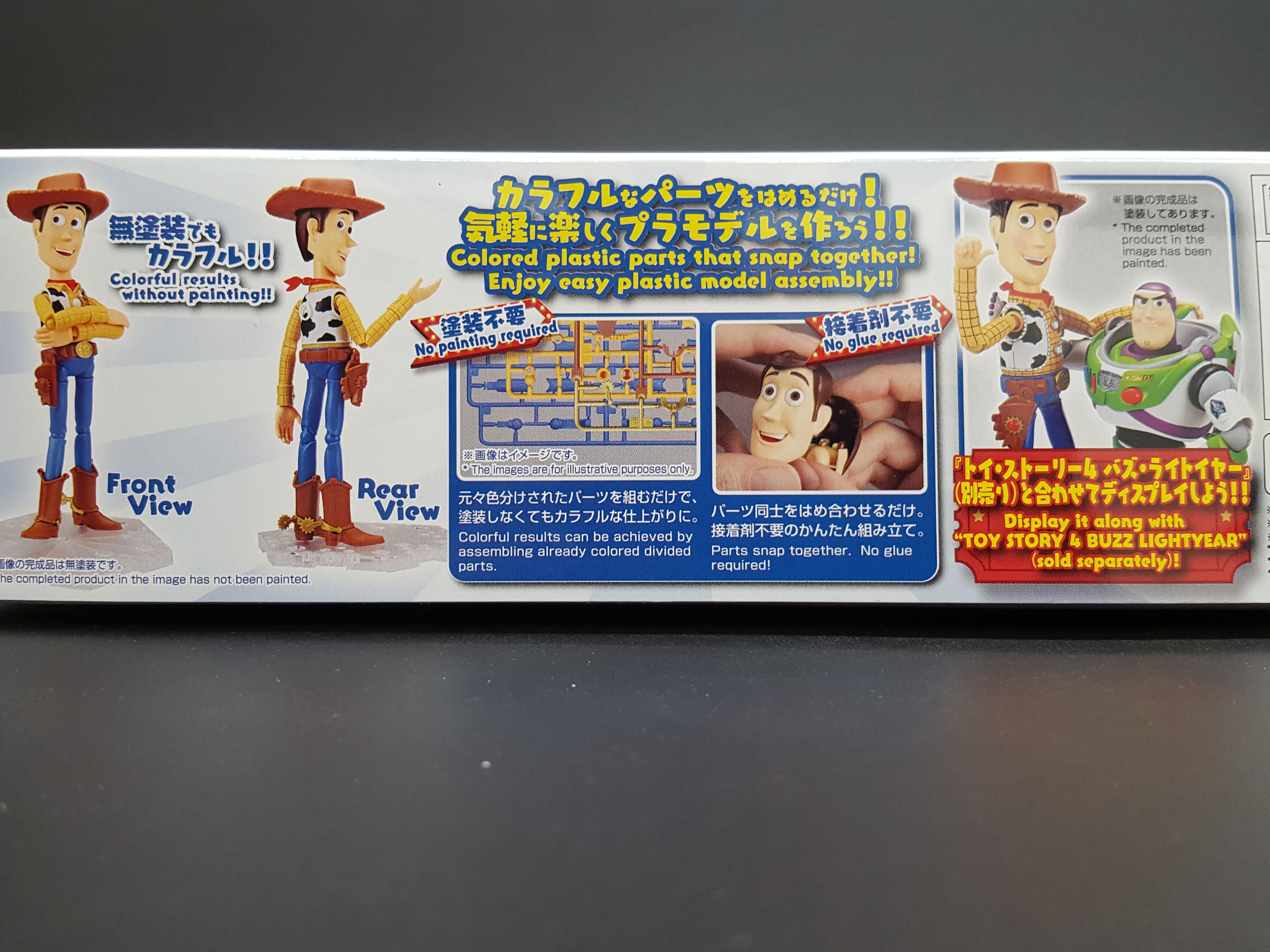 Here we get a look at the completed kit without paint, which is pretty darn satisfying. As always, this is a snapfit kit, which Bandai spells out very clearly here for “Toy Story” fans who may be new to modelling. 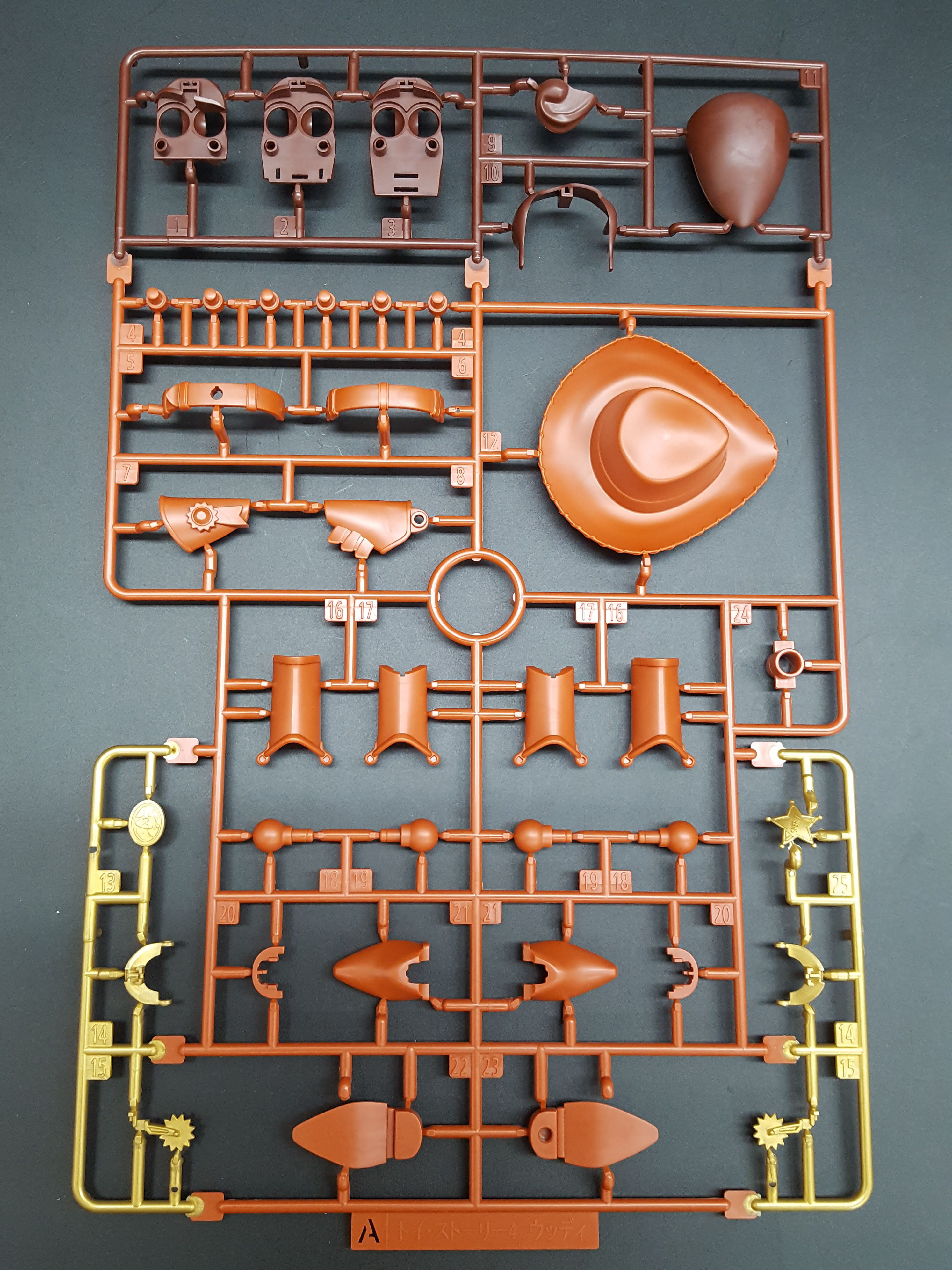 It looks like we have some inner face parts, Woody’s had, holster, stirrups, boots, and badge here. 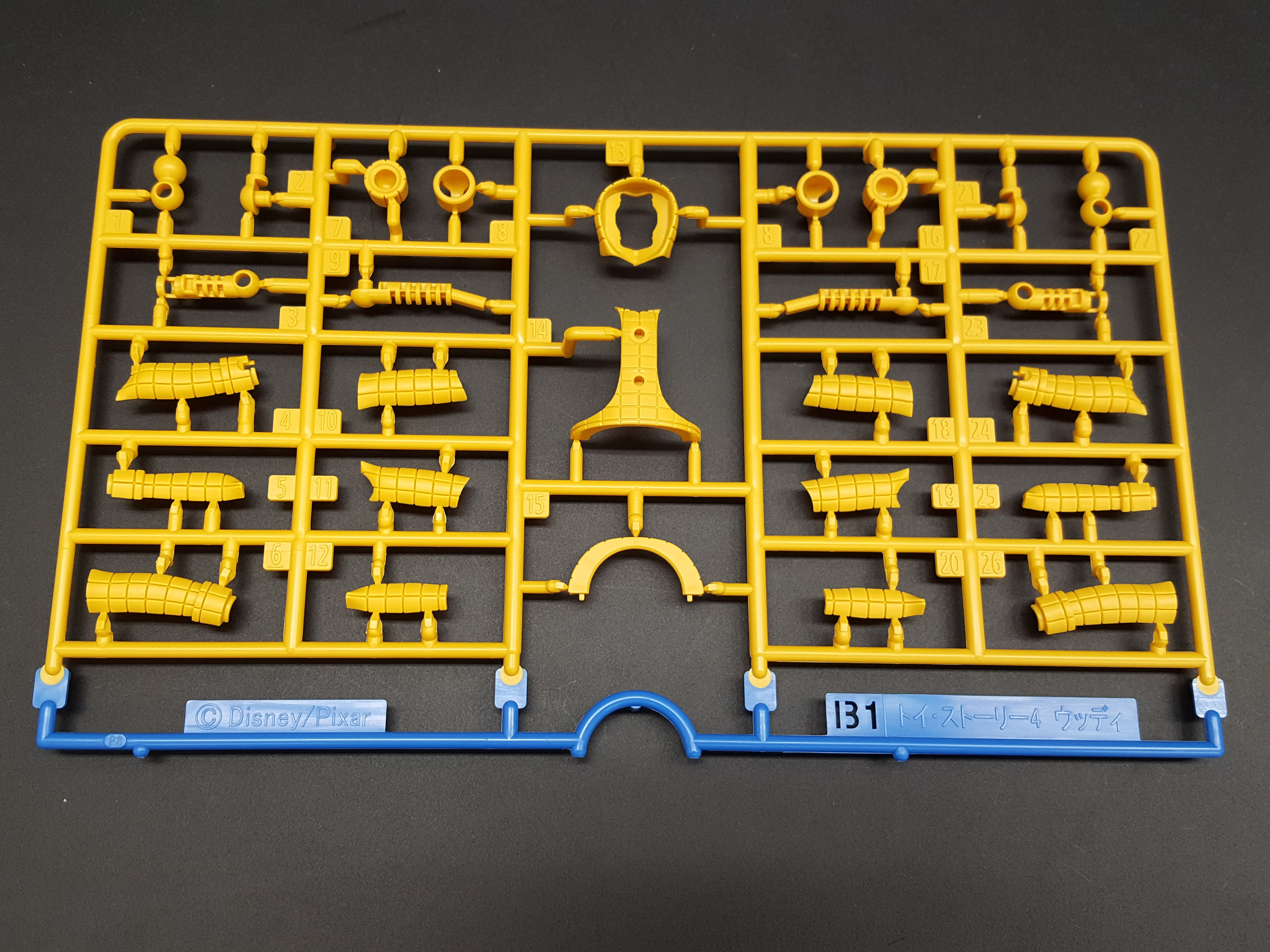 Woody’s shirt is supposed to have thin brown stripes, and Bandai has left lines in the yellow plastic to make painting easier. This should be fairly simple with a fine-tipped panel line marker. 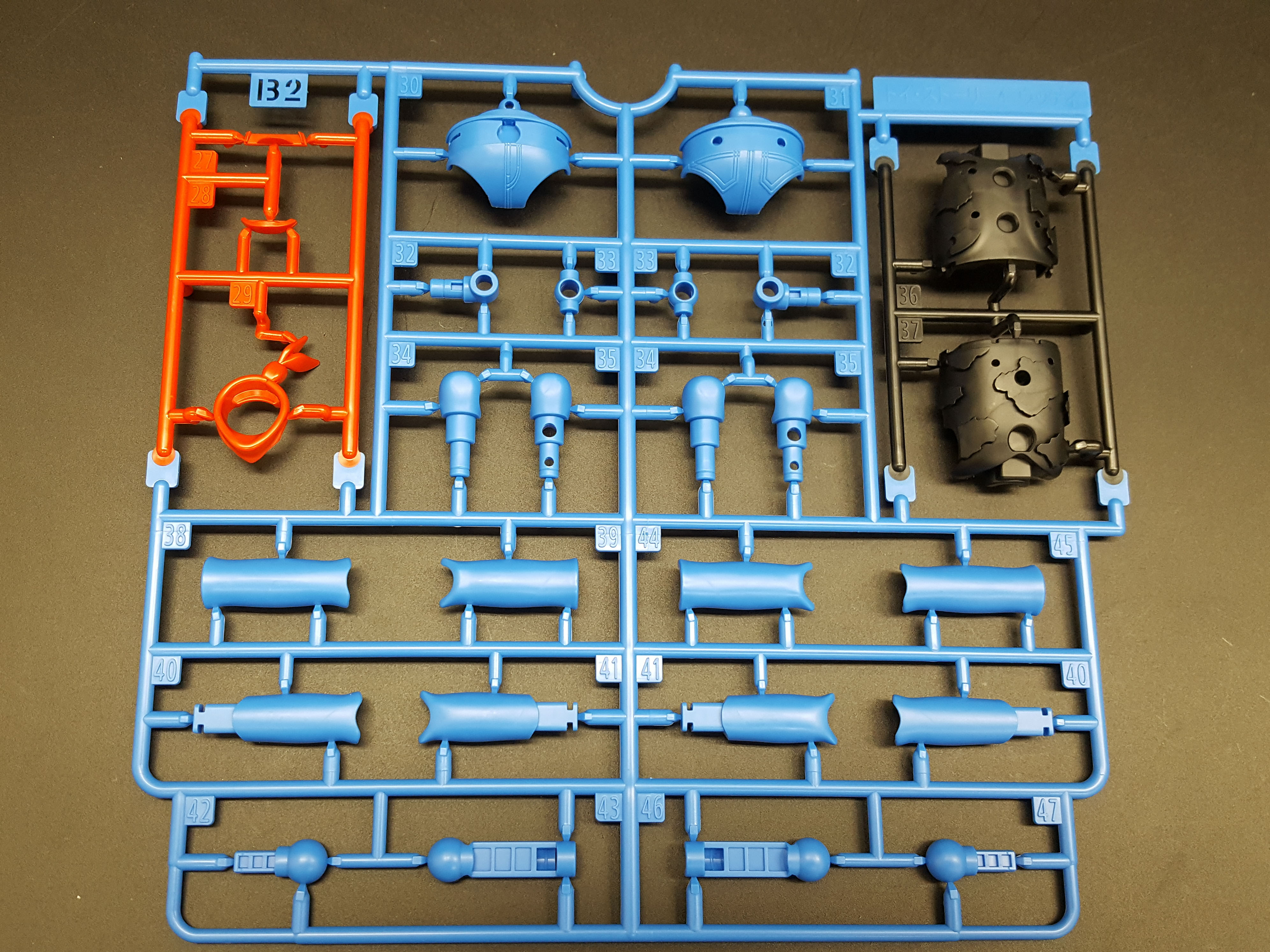 Woody’s vest is here in black, then we have his bandana in red, and jeans in blue. 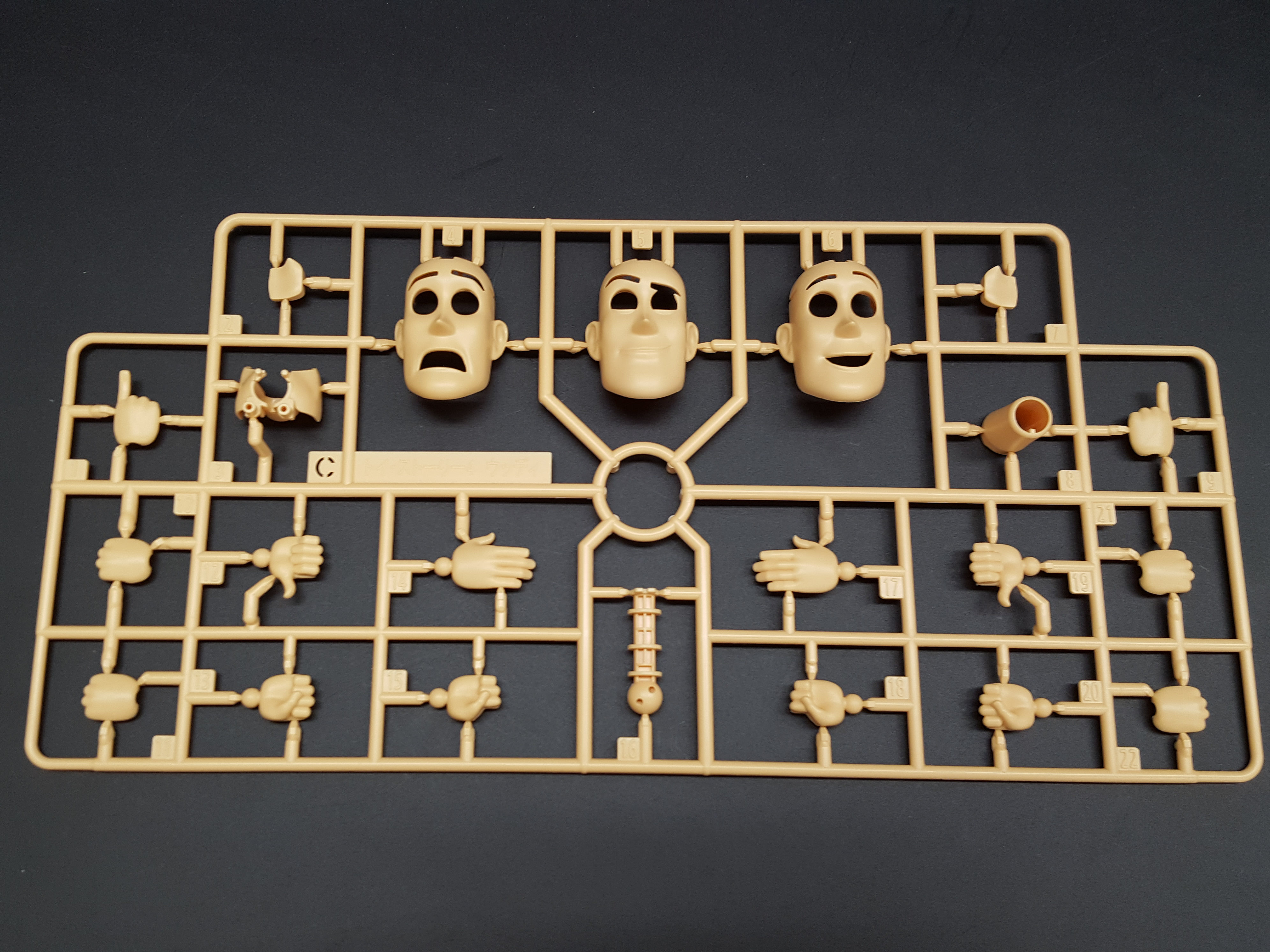 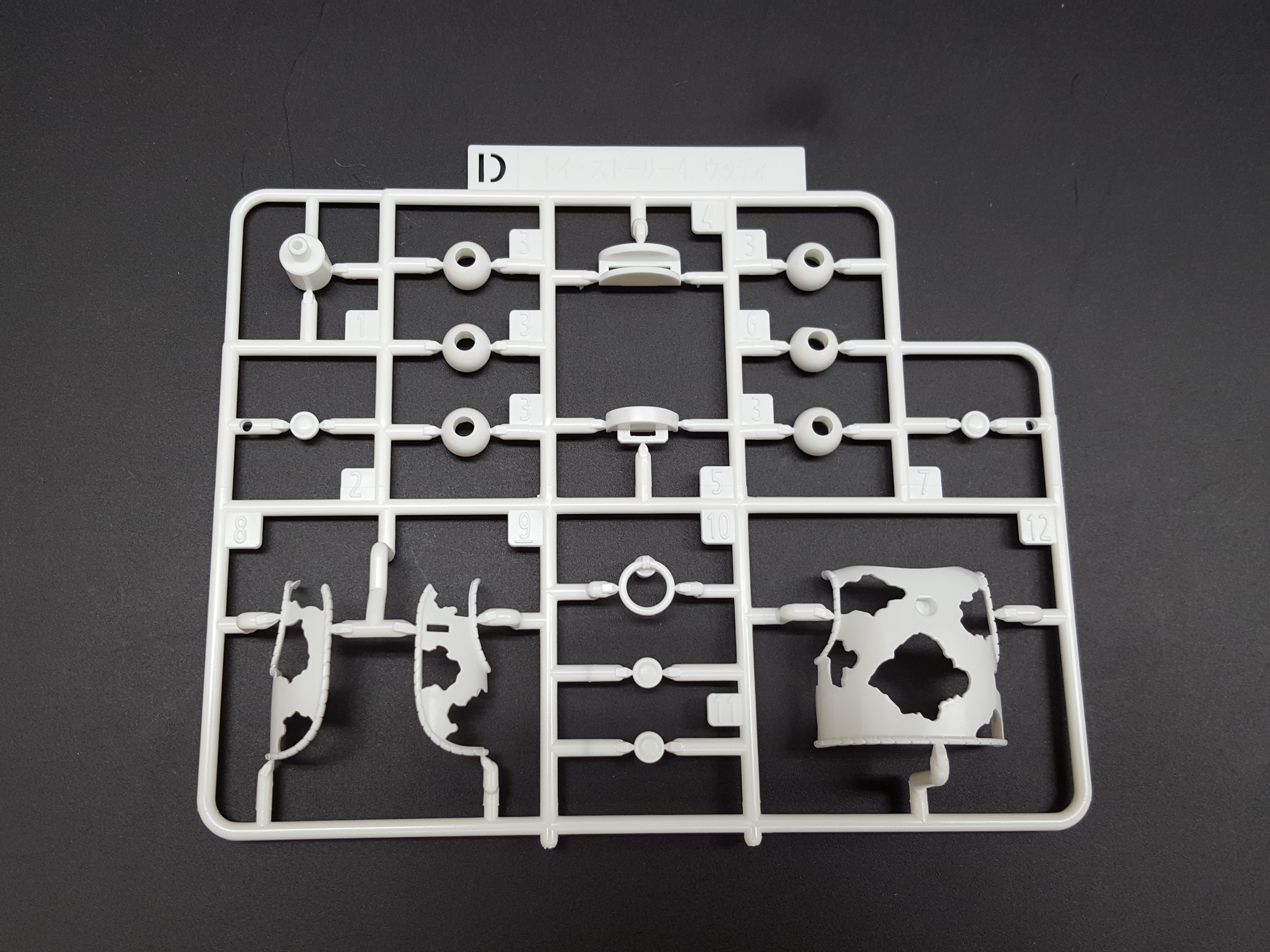 The remaining vest parts are here, and those six round parts are eyeballs! 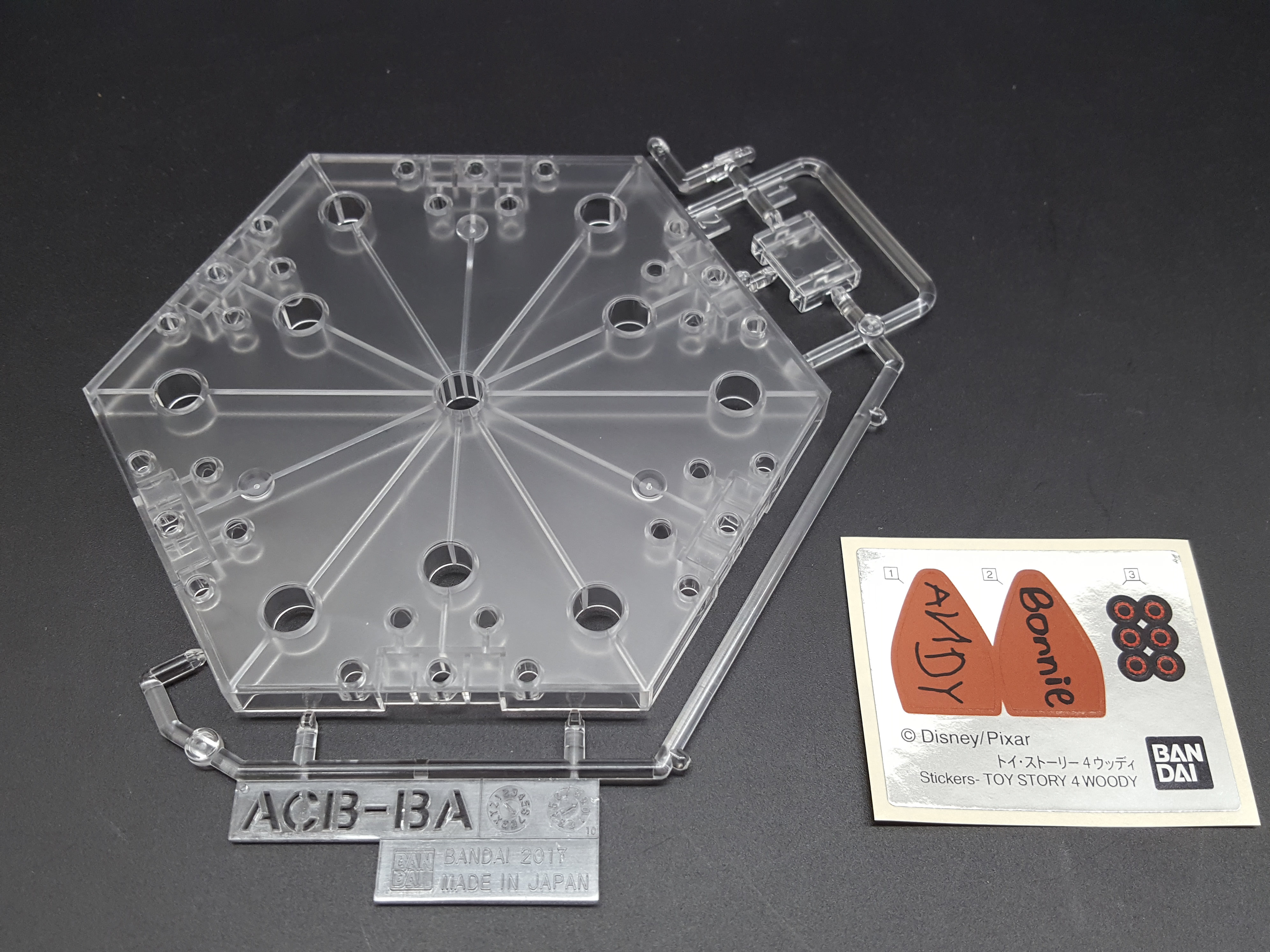 Woody is fairly sticker-free — the stickers are for his pupils and boot soles only. If you’re feeling creative, you can easily use a paint or permanent marker to write on the sole of Woody’s shoe yourself, and avoid the biggest stickers in the kit!

Woody’s display base doesn’t come with an arm; it looks like you’ll be able to keep him in place using a peg on his foot. I’m curious to see how well he holds his poses, myself!

Interested in trying this kit for yourself? You can pick it up here:
– Cinema-rise Standard: Toy Story 4 – Woody