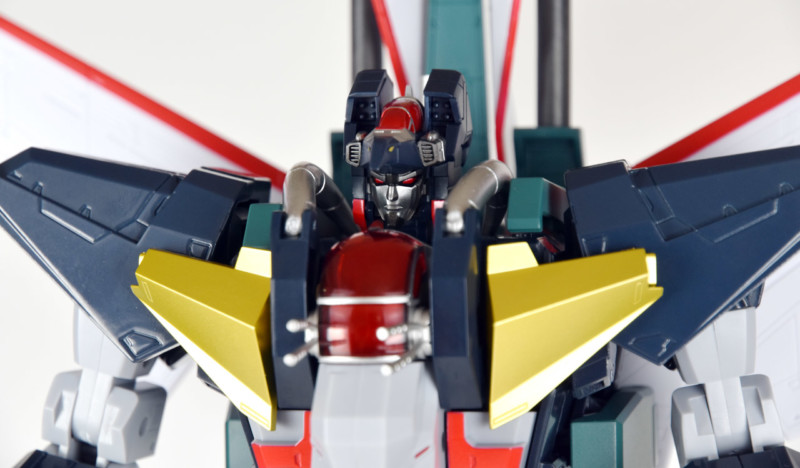 Following the unboxing, here is the review for the Soul of Chogokin GX-13R Dancouga and much like the anime it comes from, it is a beast of a toy.

While this is meant as a re-release of the original GX-13 Dancouga from 2003, there are some interesting differences, modifications, and additions over the original toy. So let’s get stuck in… 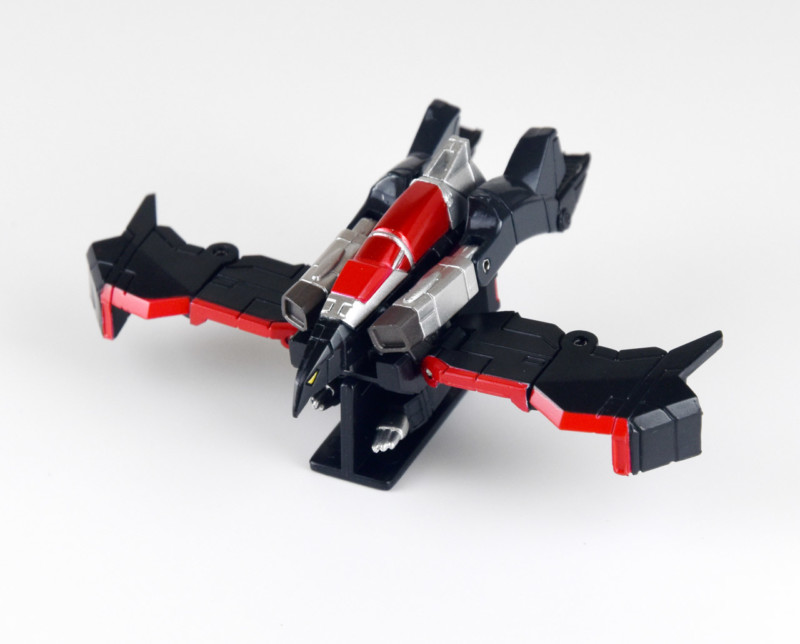 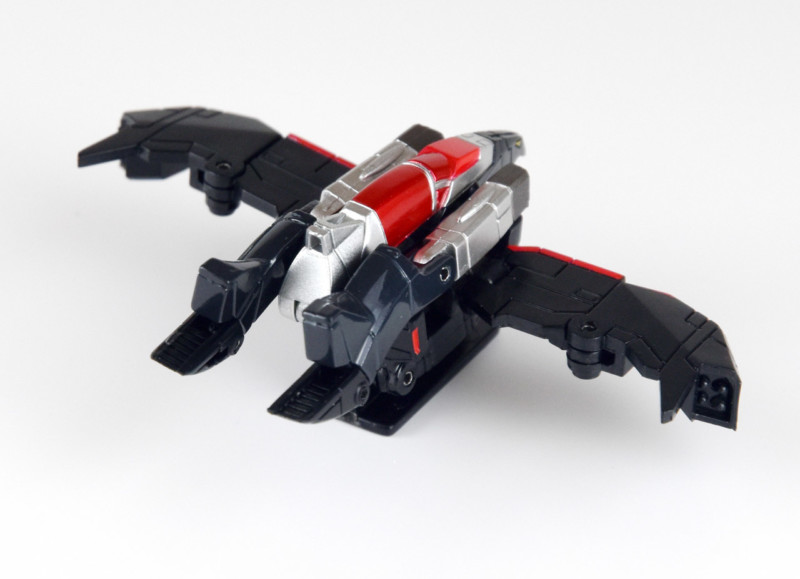 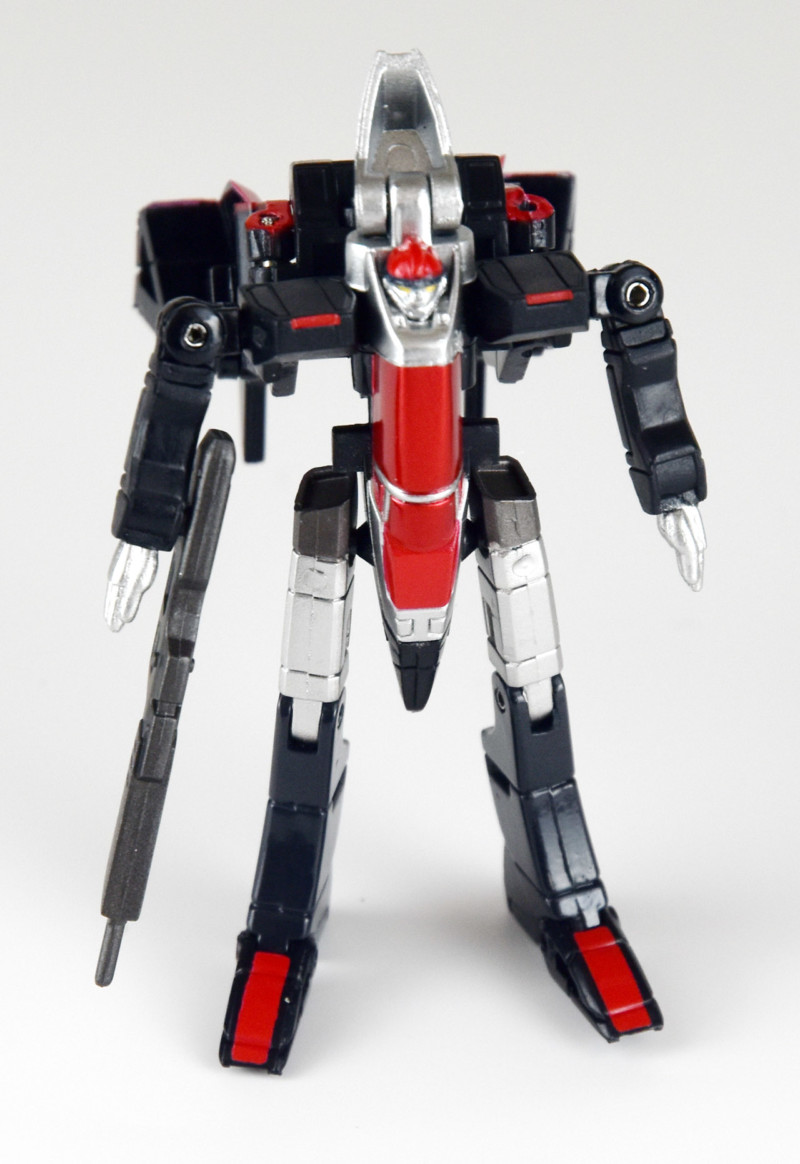 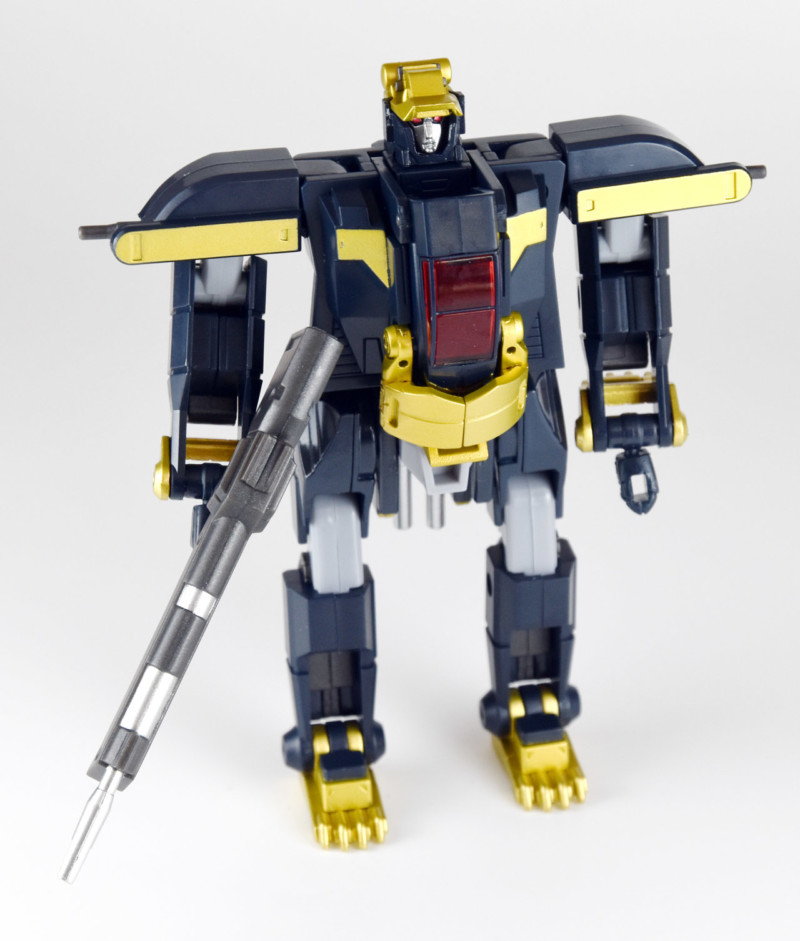 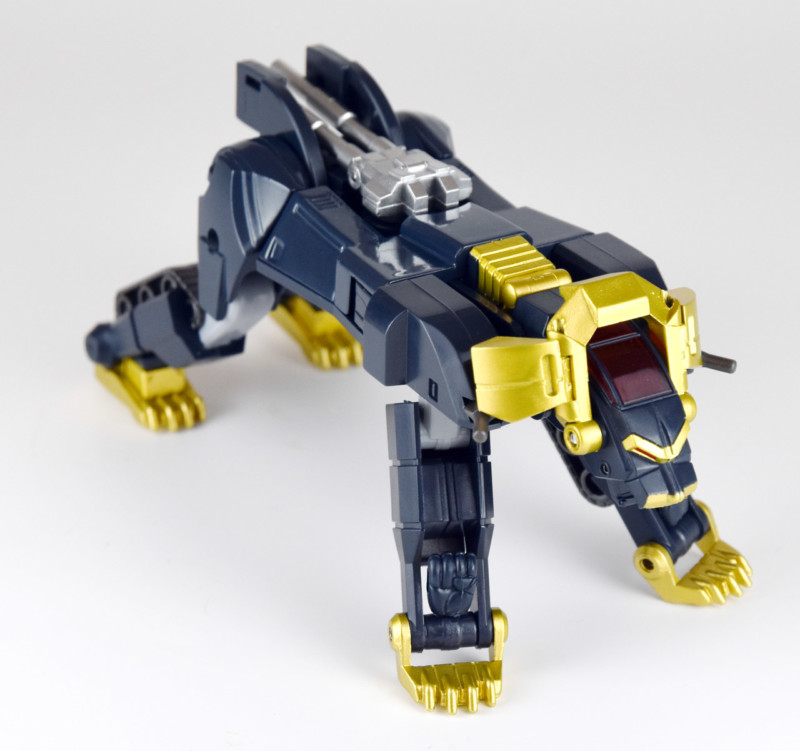 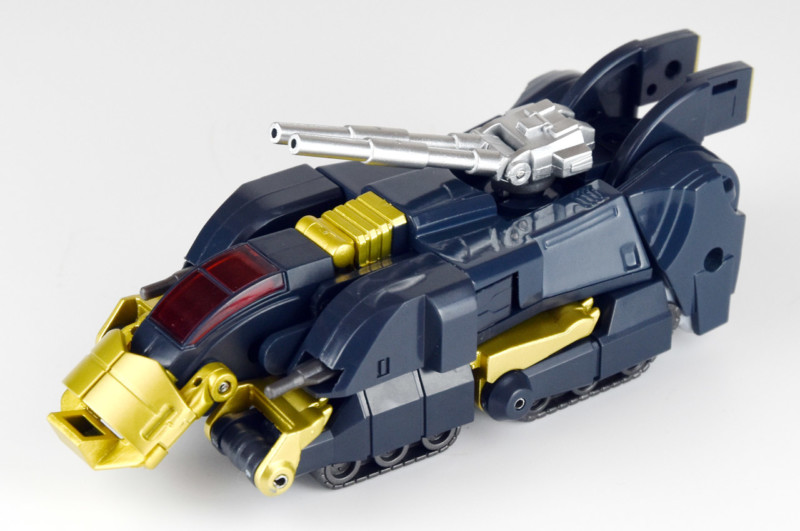 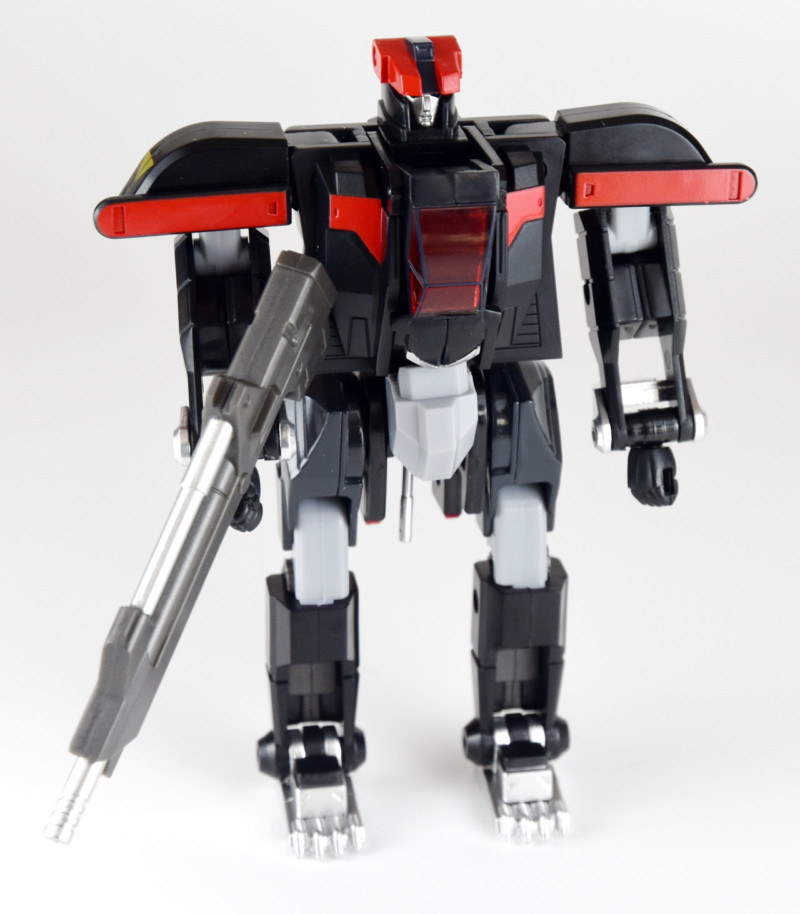 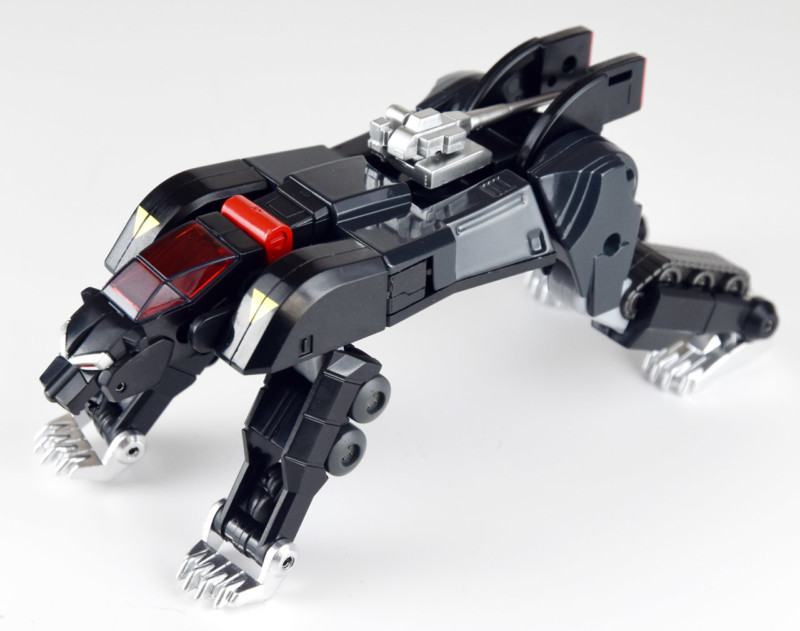 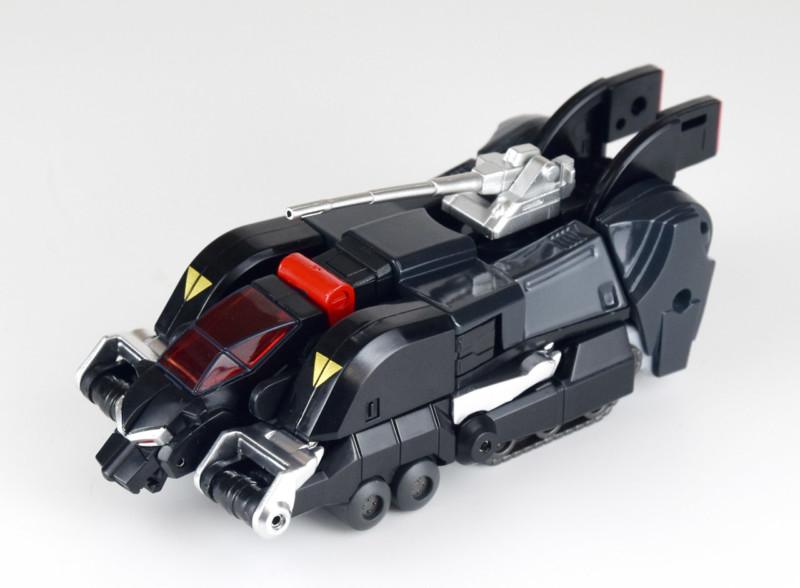 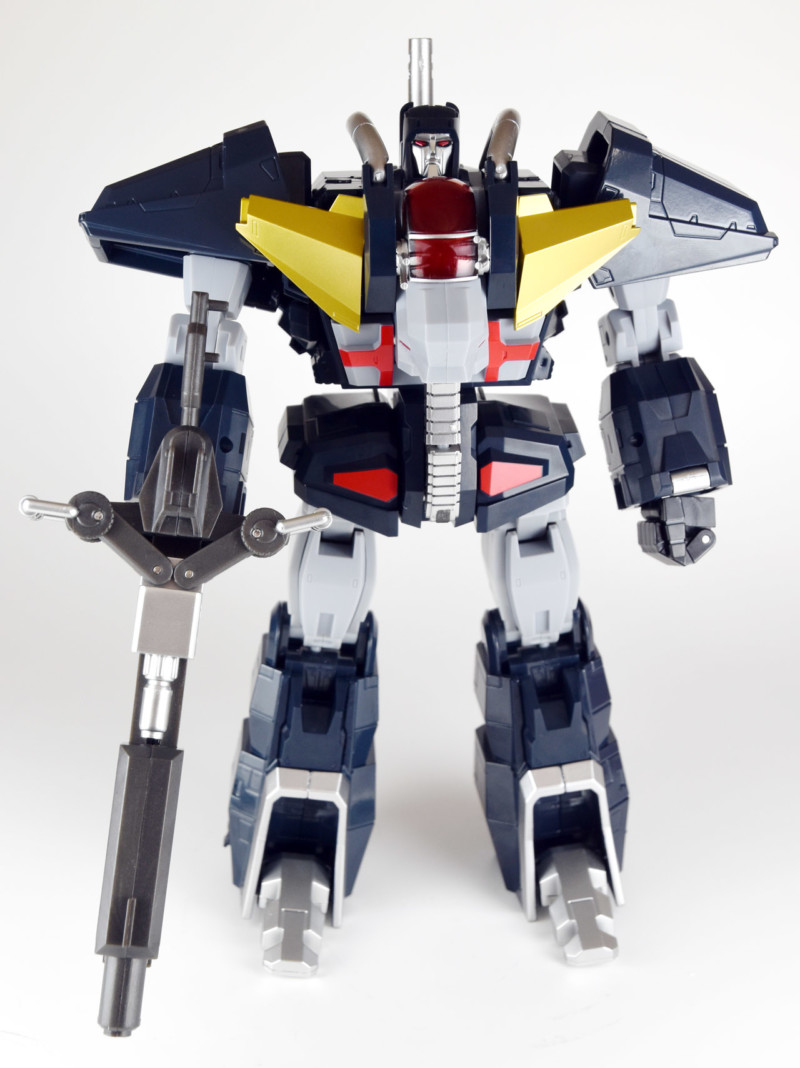 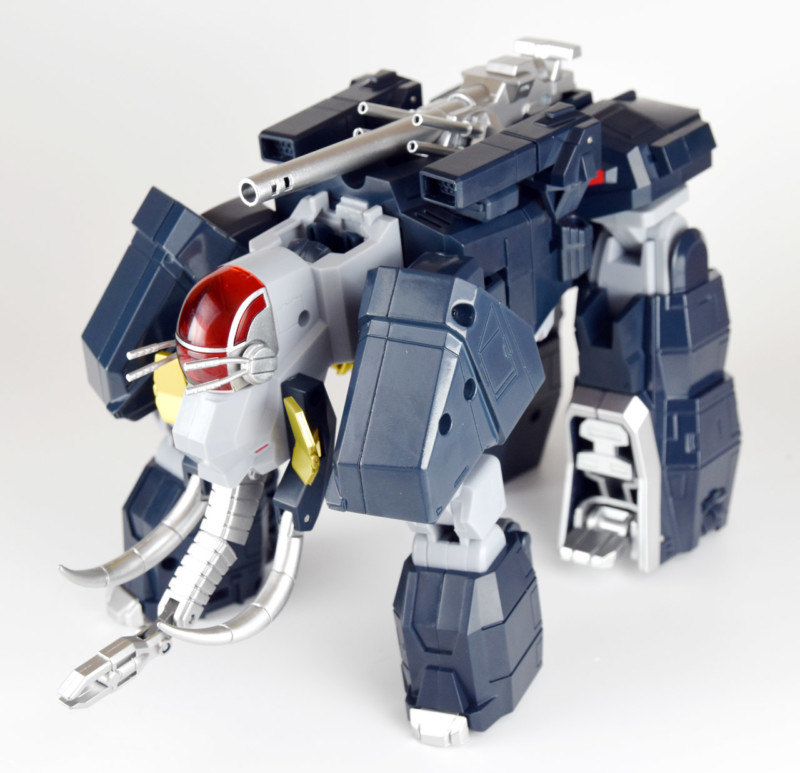 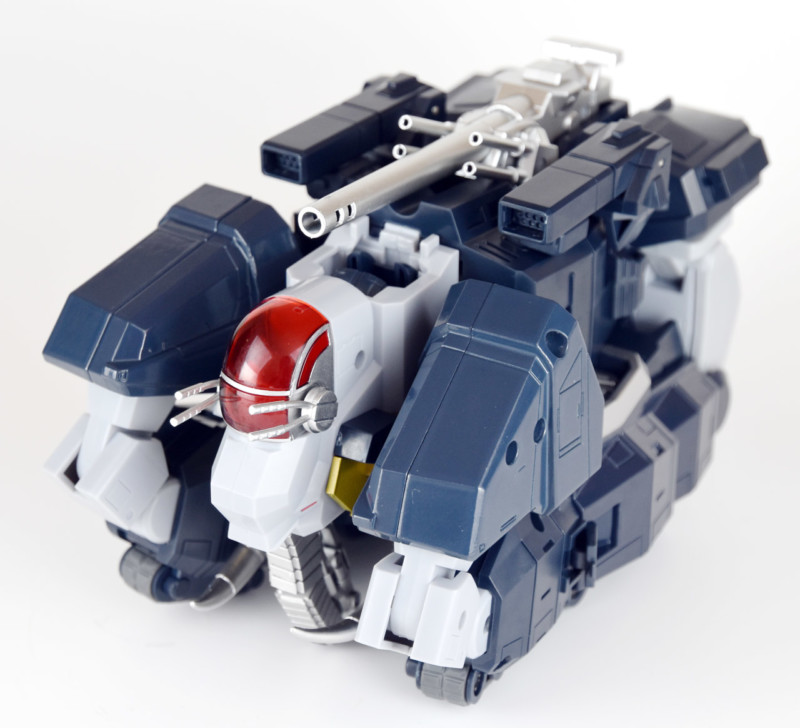 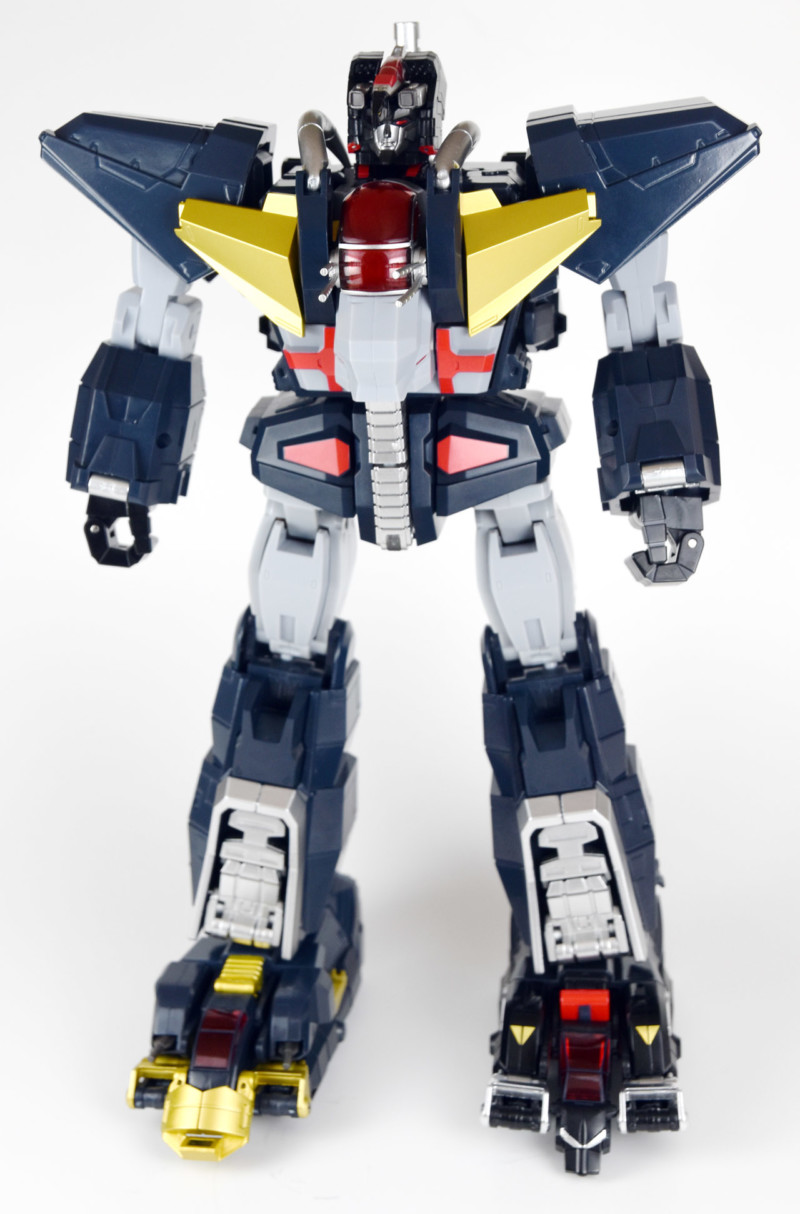 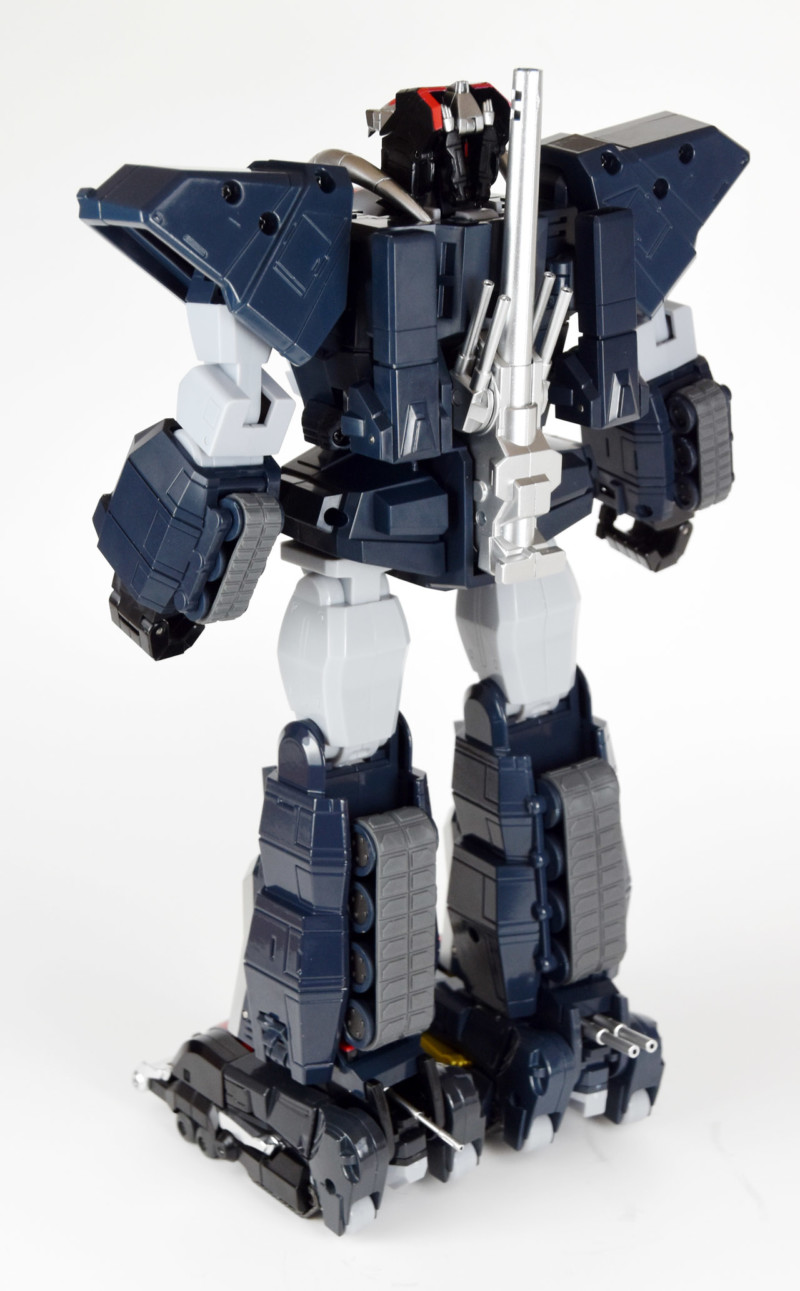 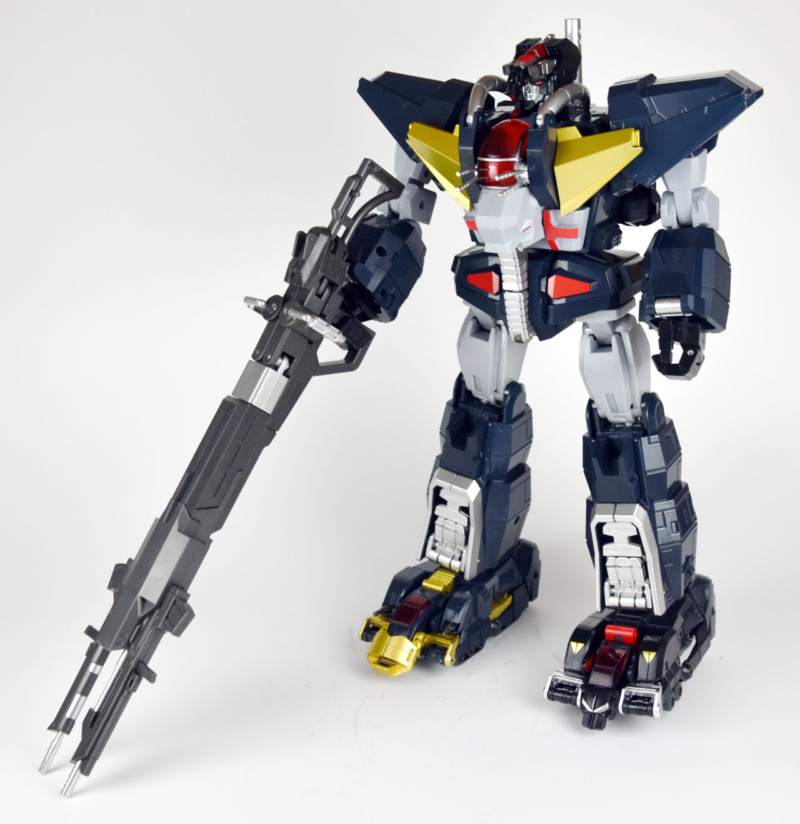 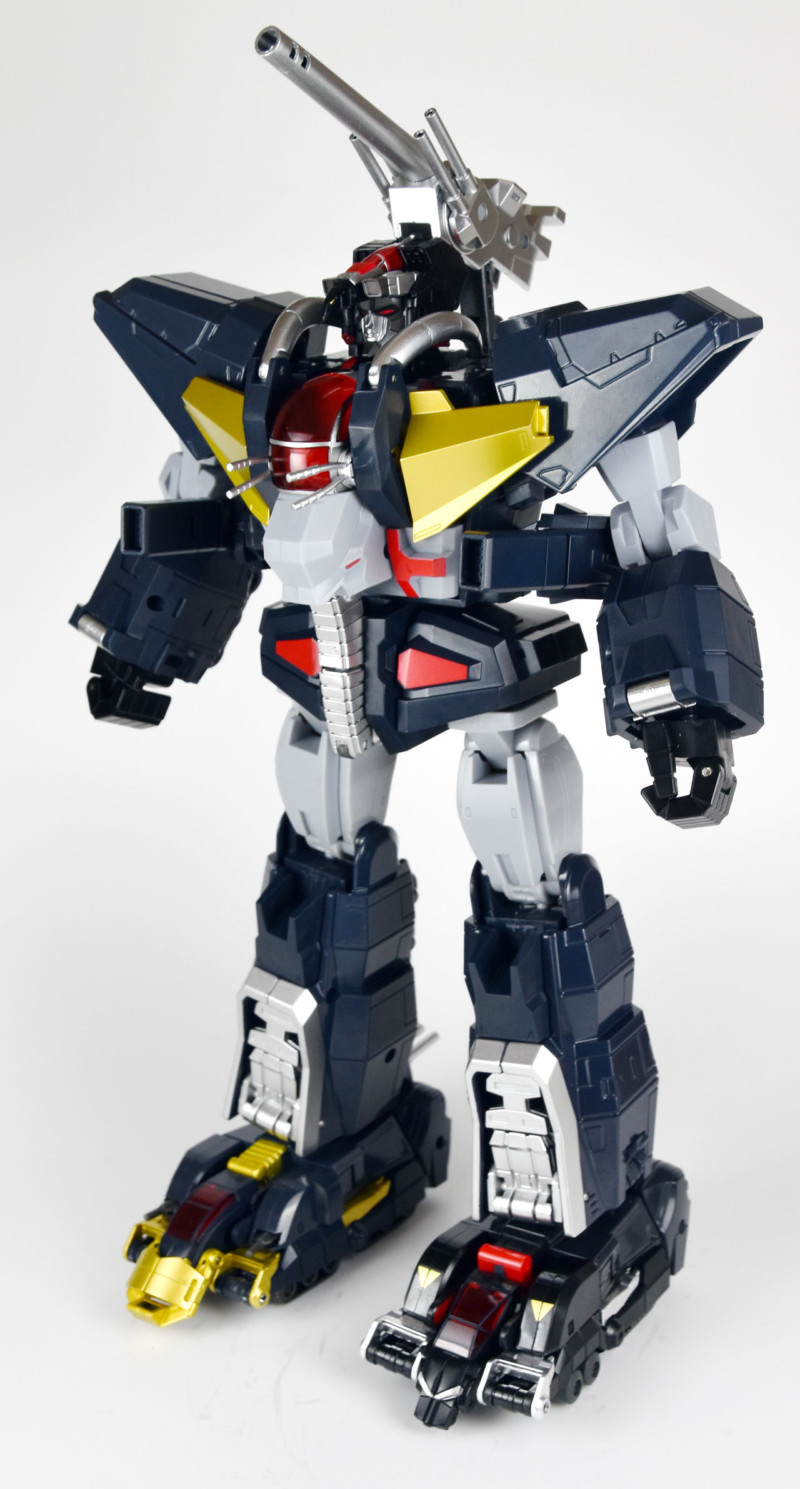 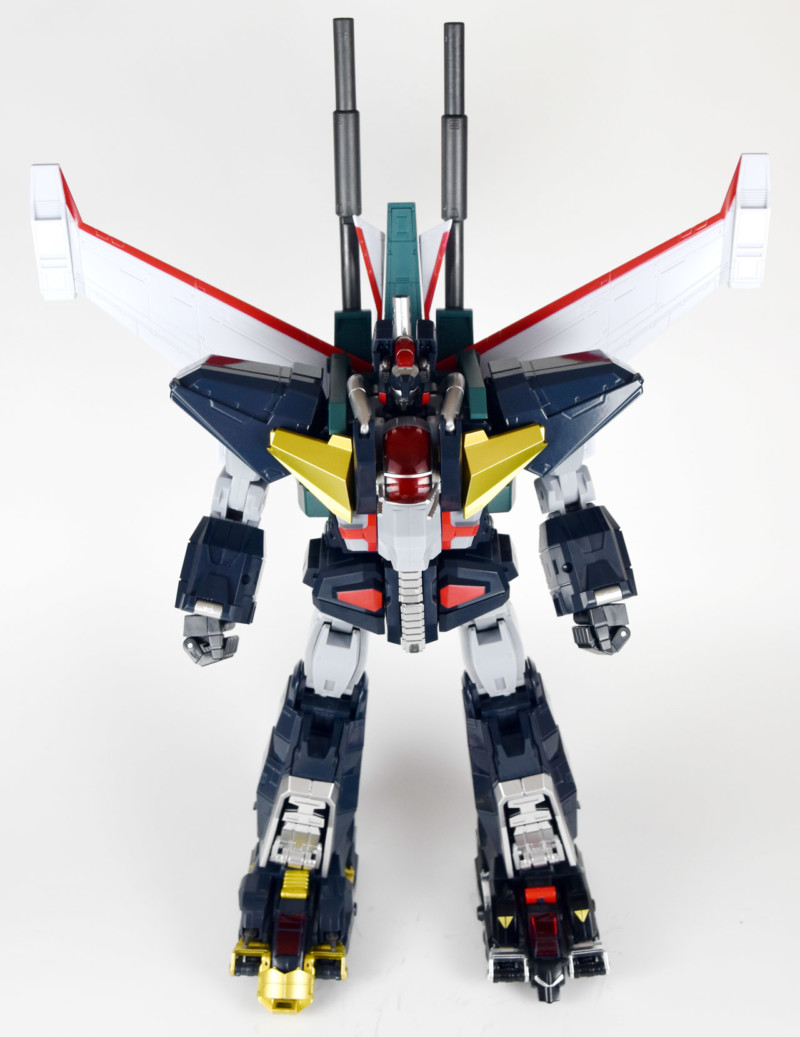 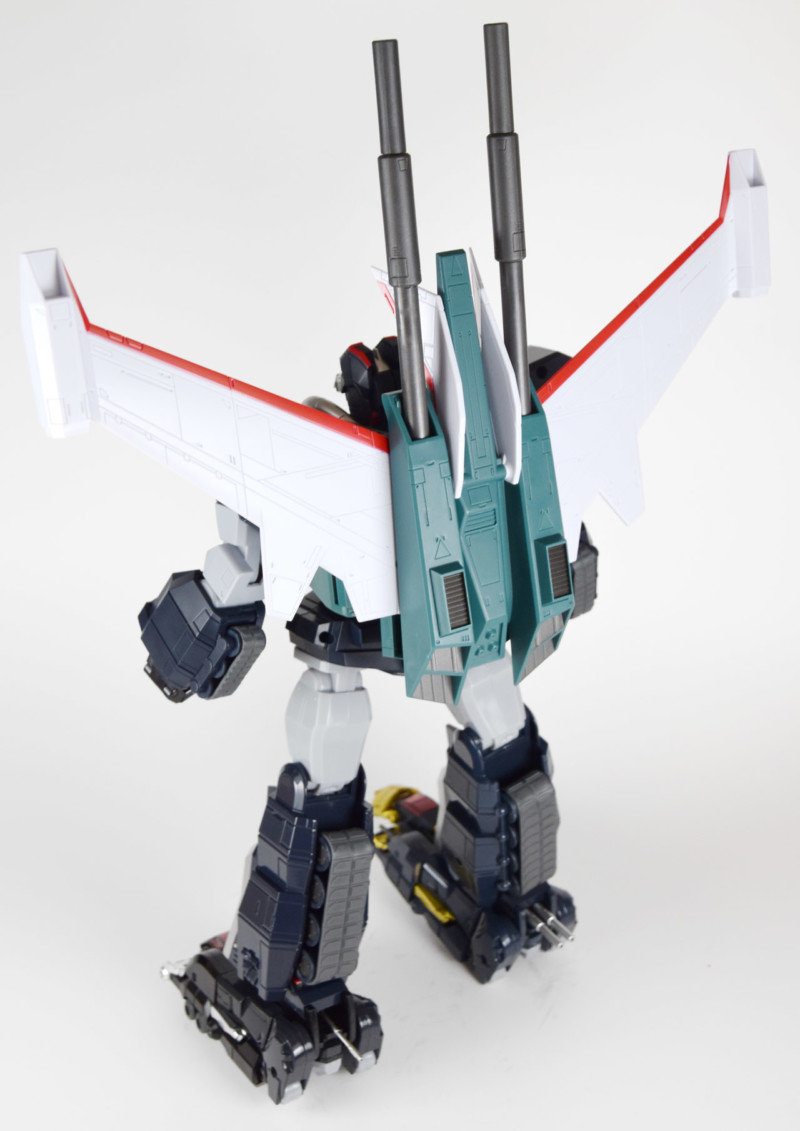 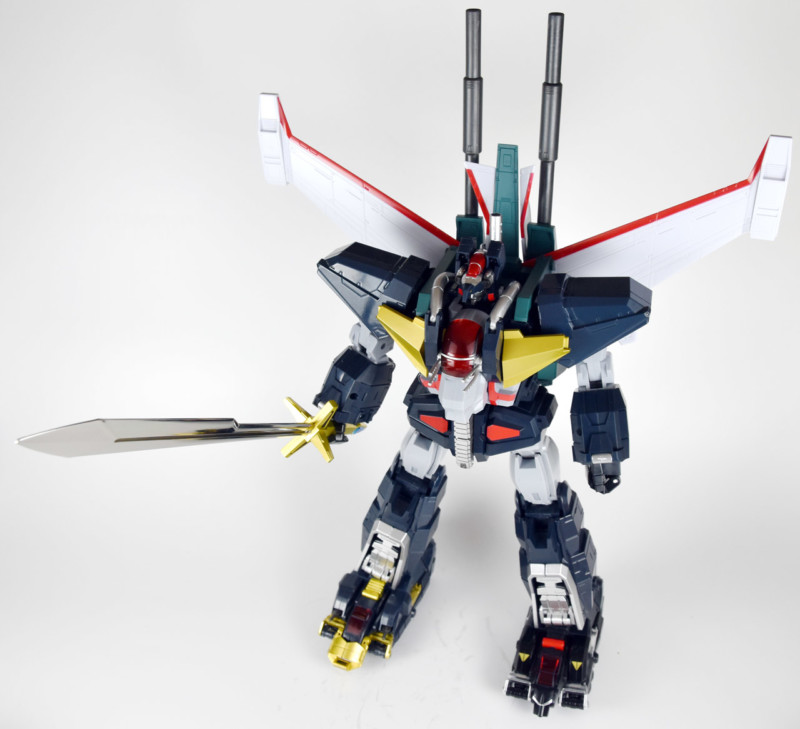 The main setup of the toy has four main figures for the Eagle Fighter, Land Liger, Land Cougar, and Big Moth to combine to form the Dancouga. Much like the original toy, these are fundamentally unchanged for the most part. Bar some different coloring, these all have the same general articulation and detailing.

I still think Sentinel’s Metamorforce Dancouga has better articulation than this, not only for the individual Cyber Beasts but also Dancouga as a whole. However, Bandai has made some changes to the original toy and these are worth noting.

The main differences occur in the Big Moth figure, which makes up the main body of Dancouga. For one, the shoulders are now remolded to be more compact and even more accurate to the styling by Masami Obari. What’s more, the setup at the rear for the booster pack is different, as we have two new hinges that the booster attaches to. Interestingly, these can be swapped out on the original GX-13 Dancouga.

What is especially curious about these hinges is that they allow for a more sturdy connection between the booster and the main figure. That makes me think that Bandai might follow this release up with extra booster parts from God Bless Dancouga or even a new Black Wing figure to allow for Final Dancouga to be recreated.

Talking of the booster, the paint job is more flat now and without the old metallic finish. I also know that the configuration shown in the above pictures is a bit off but this is what is shown in the instructions. So that is why it is set up the way it is here.

The biggest addition, though, is an all new and separate head. Re-styled to match Obari’s artwork more closely, it is a lovely extra to an already improved toy.

Overall, this is probably the definitive Dancouga toy that Bandai has made and maybe the best figure of the design to date. If you like a good Soul of Chogokin toy, then you owe it to yourself to pick up one of these beauties up.