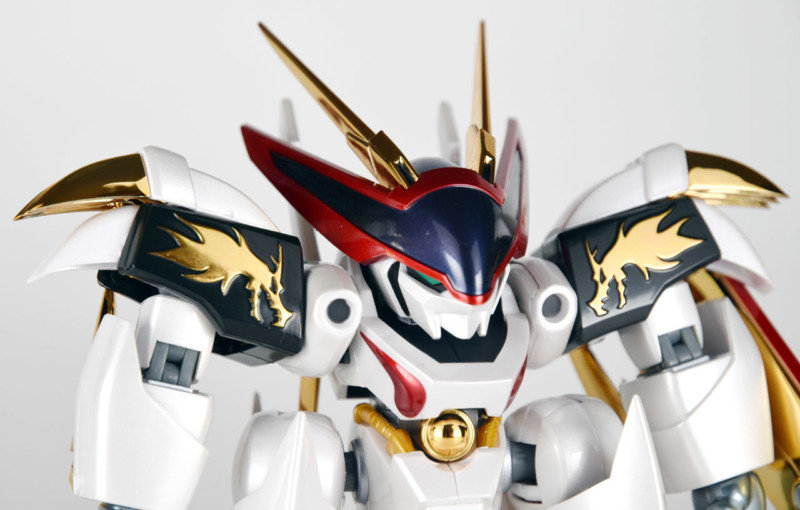 Following the unboxing, here is the review for the new Robot Damashii Ryuomaru from Mashin Hero Wataru that commemorates the 30th anniversary of the series. This is effectively an updated release of a previous toy but Bandai Spirits have really done a nice job here.

The original toy that this is based on was released back in 2012 and was re-released again in 2013. The main two differences with that release and this one are that this new version lacks the accessories of the original toy but the upside is that it uses a new chrome plated as well as pearlescent finish.

The results are very nice indeed. 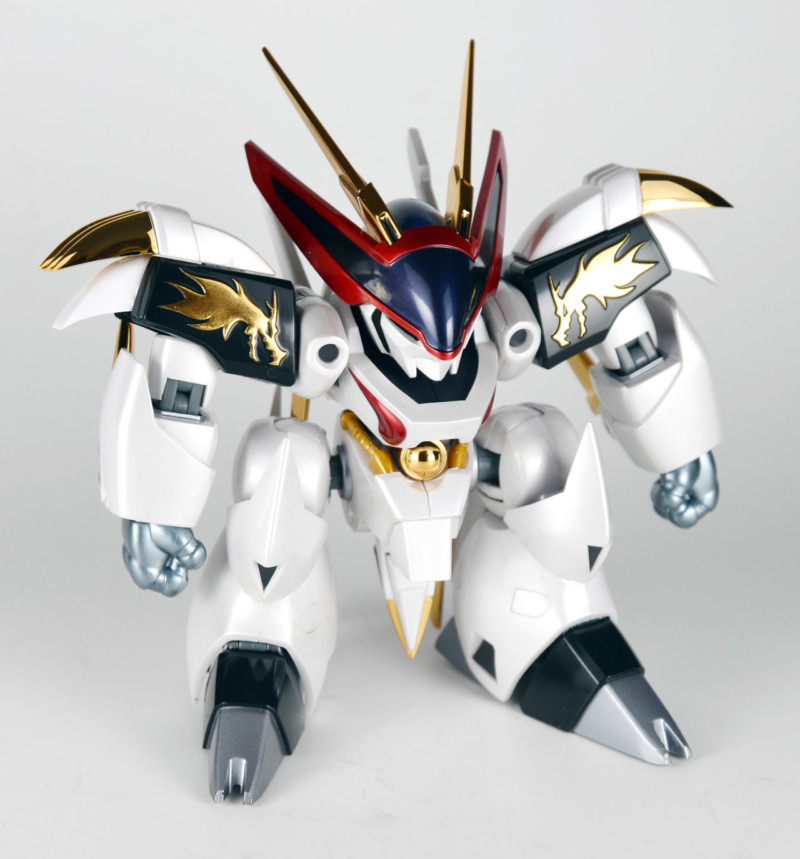 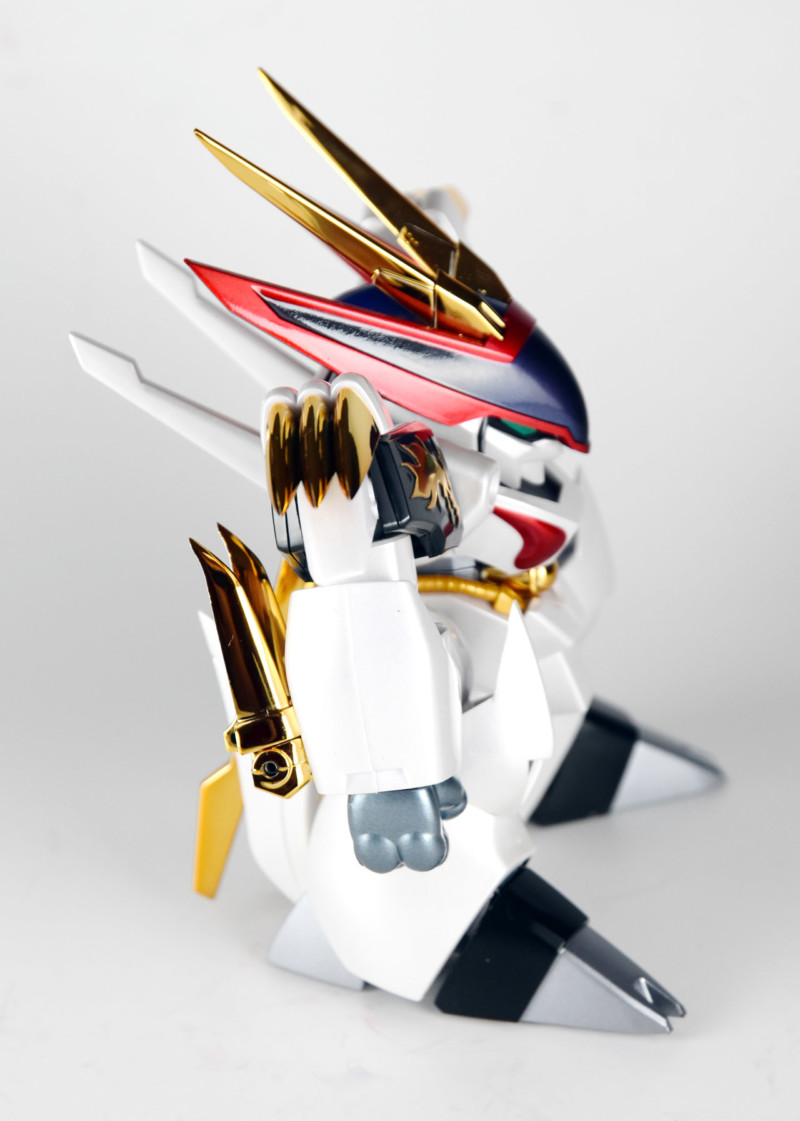 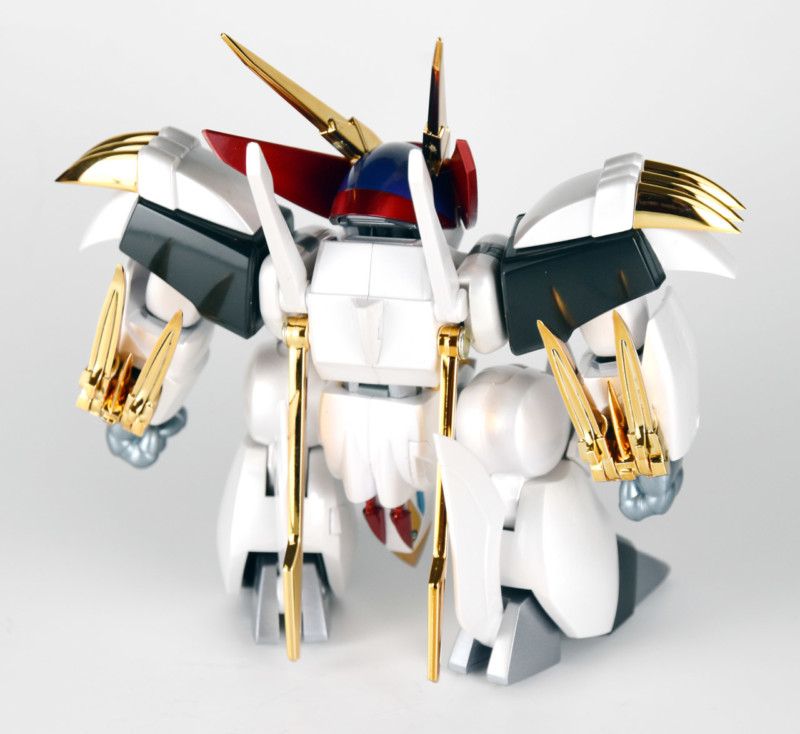 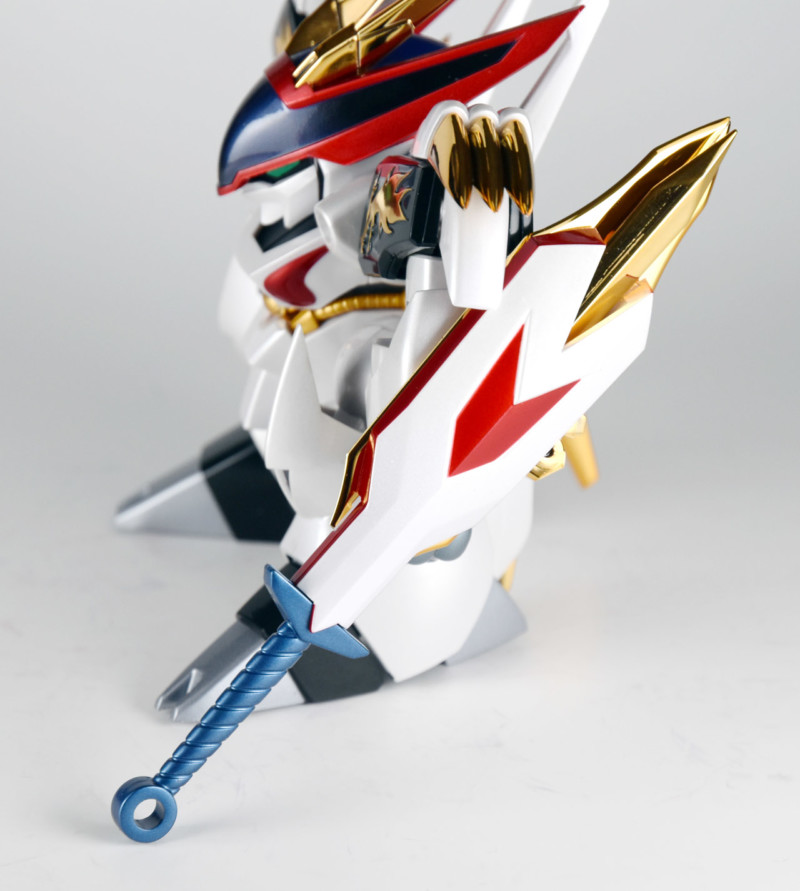 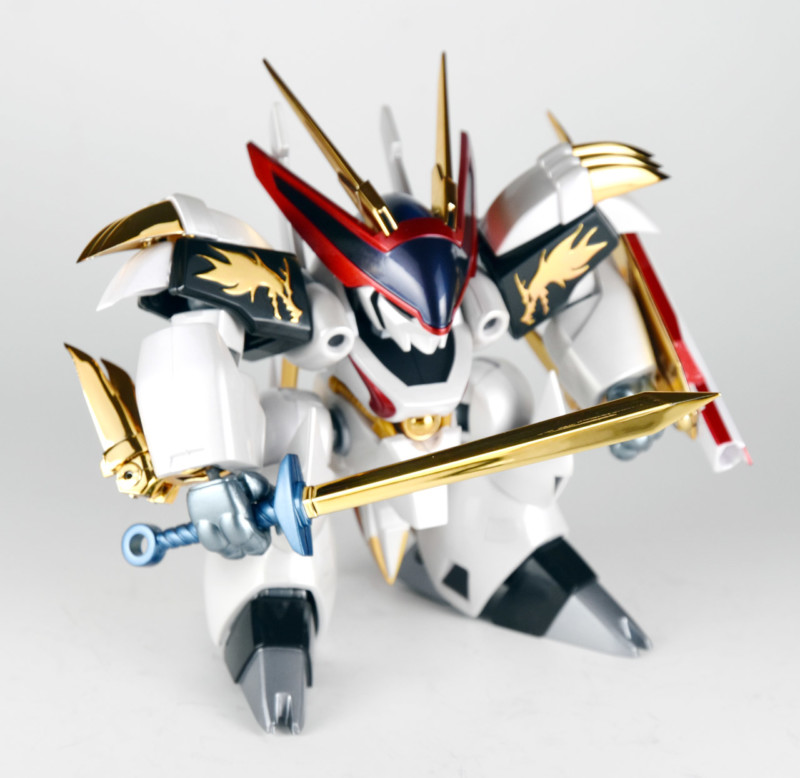 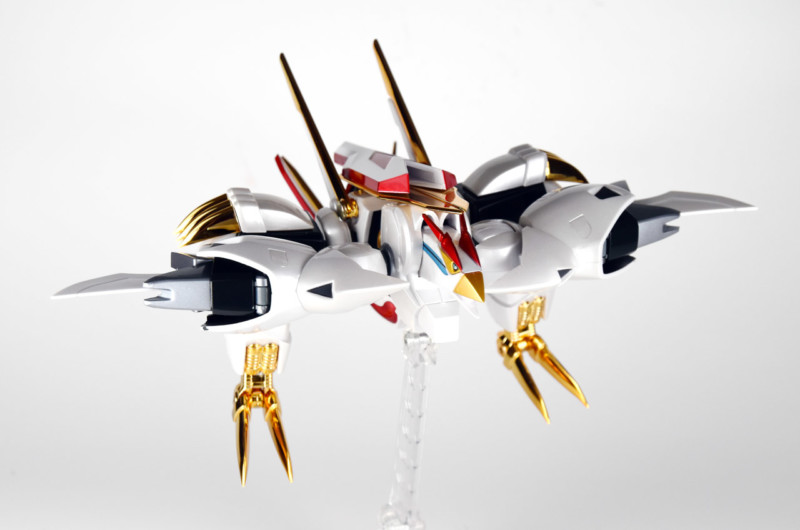 Considering the super deformed proportions inherent to the design, it does somewhat limit the range of motion for the joints. That said the articulation is very good and you can have the Ryuomaru strike some pretty cool poses.

Compared to the Ryujinmaru, the Ryuomaru is meant to be sleeker and the sculpt as well as the detailing capture that very nicely.

However, the big improvement here is the chrome plating across various body parts and the pearlescent finish on the main body. Put simply, this looks a lot nicer than the original 2012 release and is closer to how it appears in the anime as well.

Like in the anime, this Ryuomaru toy also transforms. Like with many of the Sunrise mecha anime with transformable mid-season mecha upgrades for the hero, the transformation sequence is pretty basic but it works.

However, to show the Ryuomaru in its flight form you will need a Tamashii Stand (sold separately). Thankfully, you are given a stand connector part.

Talking of accessories, you get various hands as well as a sword and shield. The shield stores the sword and its “blades” also open outward for when you want the Ryuomaru to hold the sword.

Overall, this is a very nice updated version of the Robot Damashii Ryuomaru and if you are a fan of the Wataru anime or had fun with it in Super Robot Wars X, then you won’t be disappointed with this release.