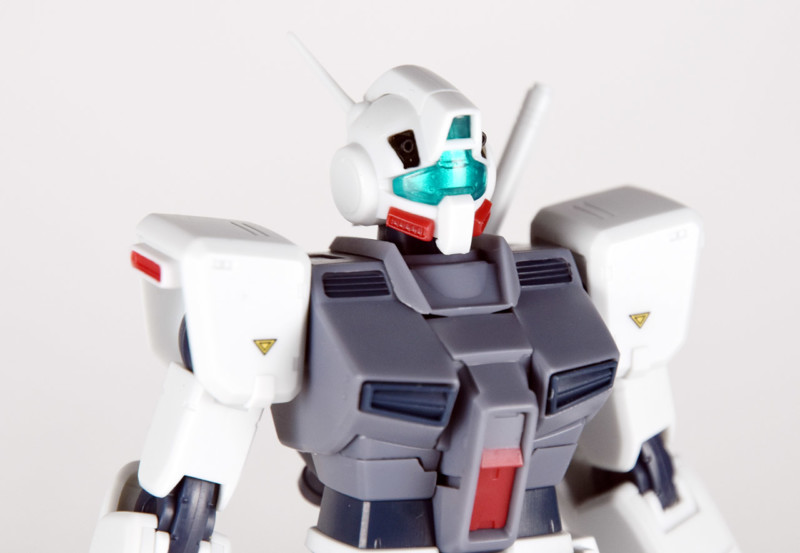 Following the unboxing, here is the review for the Robot Damashii RGM-79D GM Cold Districts Type Ver. ANIME from Gundam 0080: War in the Pocket. While this may look like a fairly straightforward toy, it is surprisingly comprehensive in what it offers.

As this is a GM, there have been plenty of kits of this design over the years. However, this is one of the first proper toys of the mobile suit, mainly because in the anime it has a rather minor, though impactful, role in the anime.

Despite that, Bandai Spirits has done a very nice job here and if you are a fan of solid little toys and of the host anime, then read on. 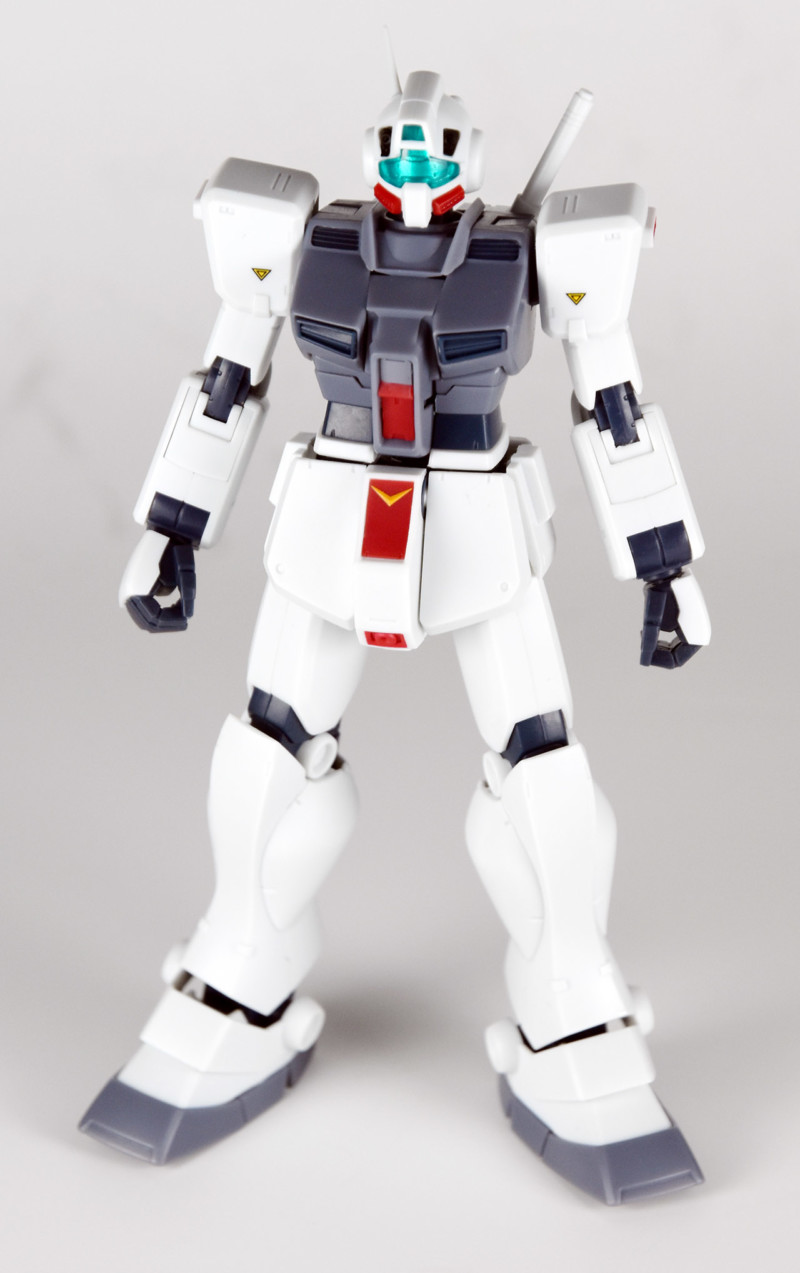 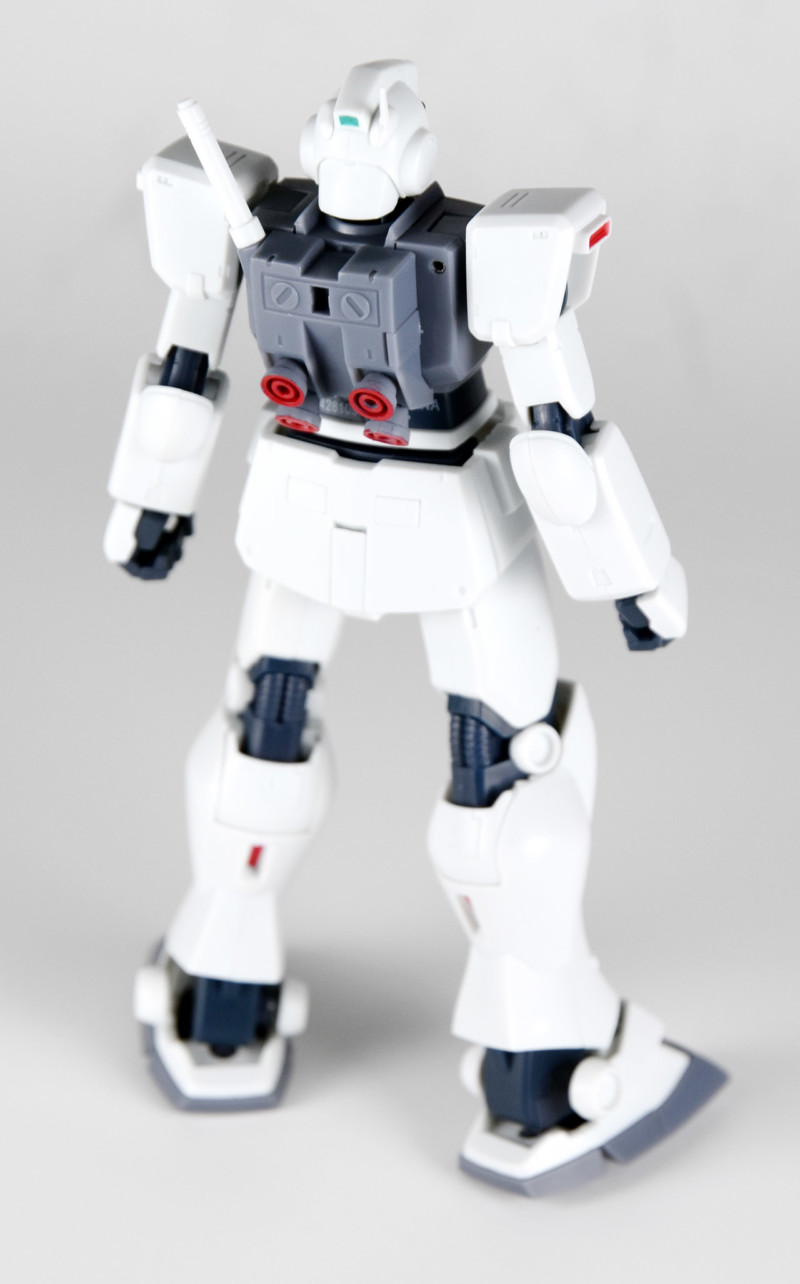 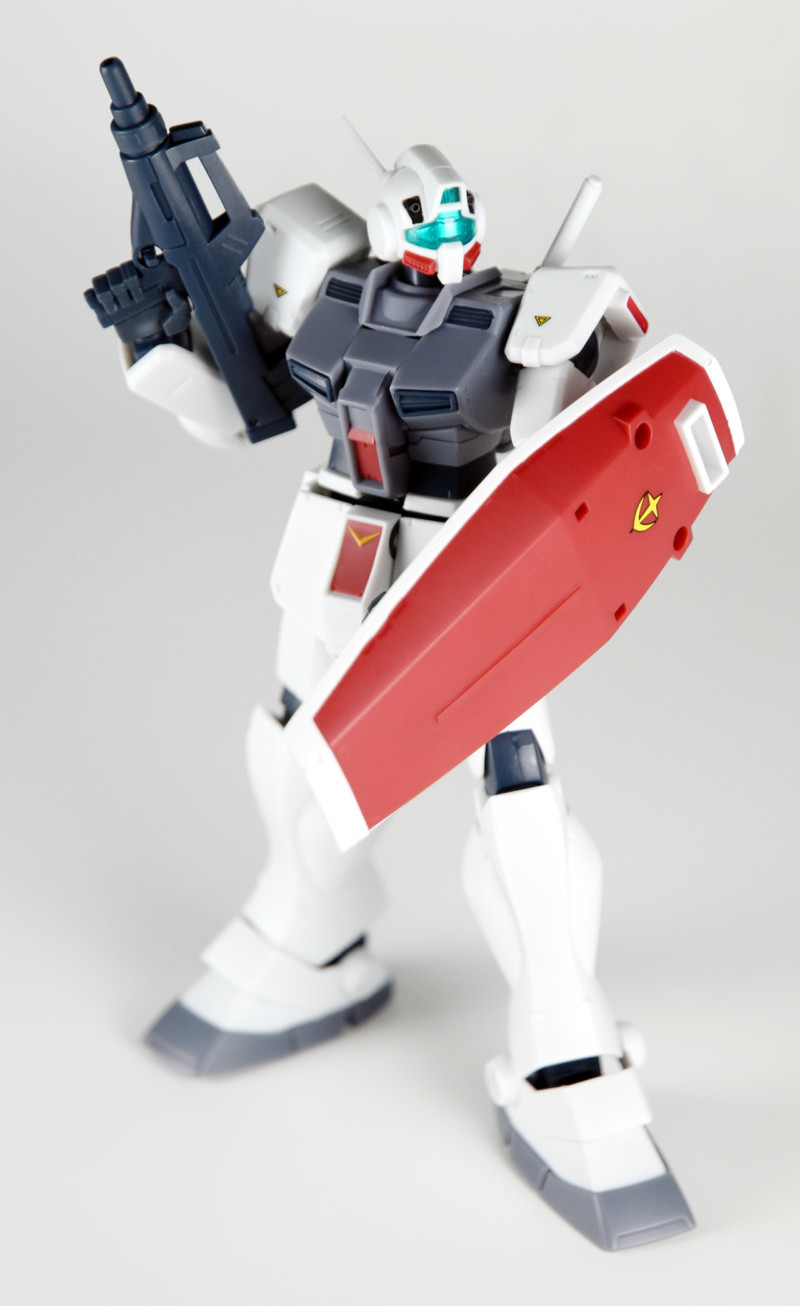 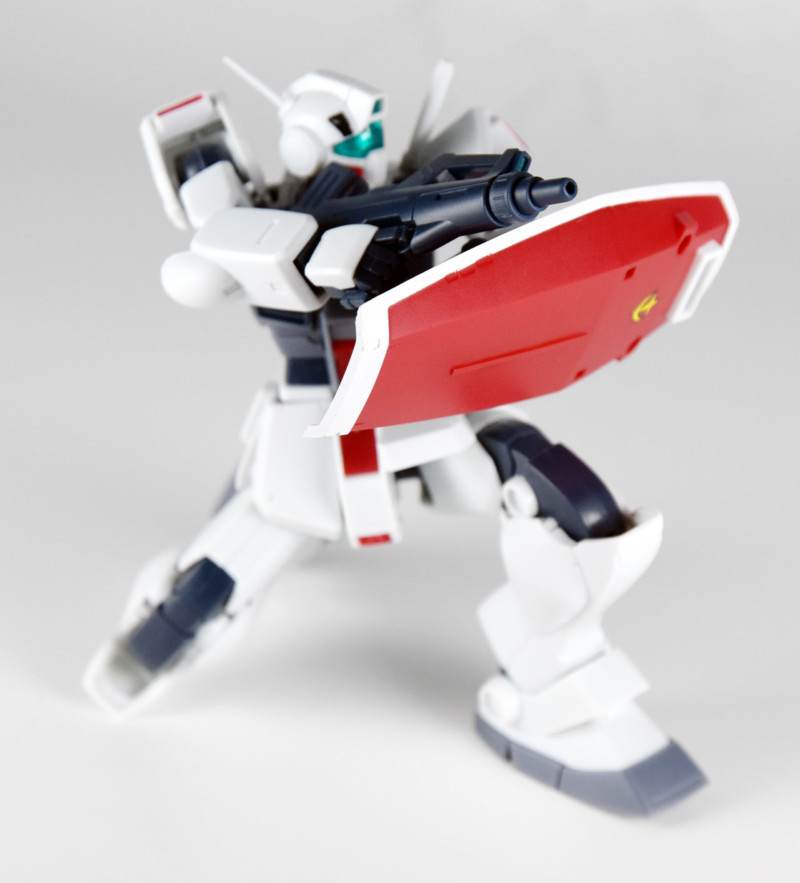 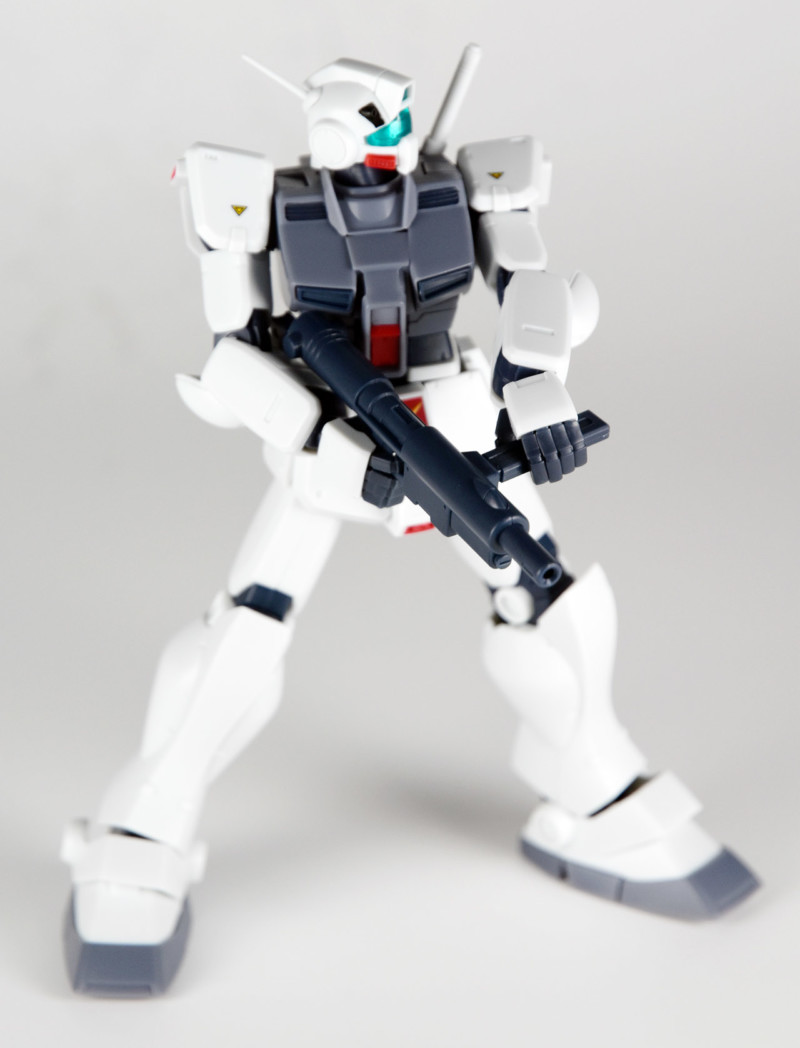 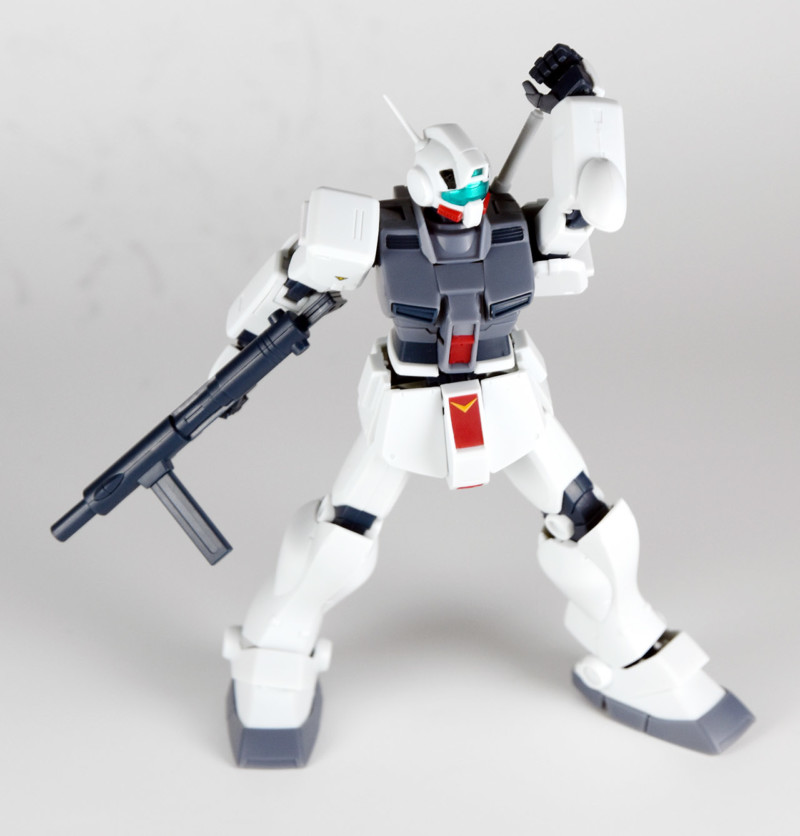 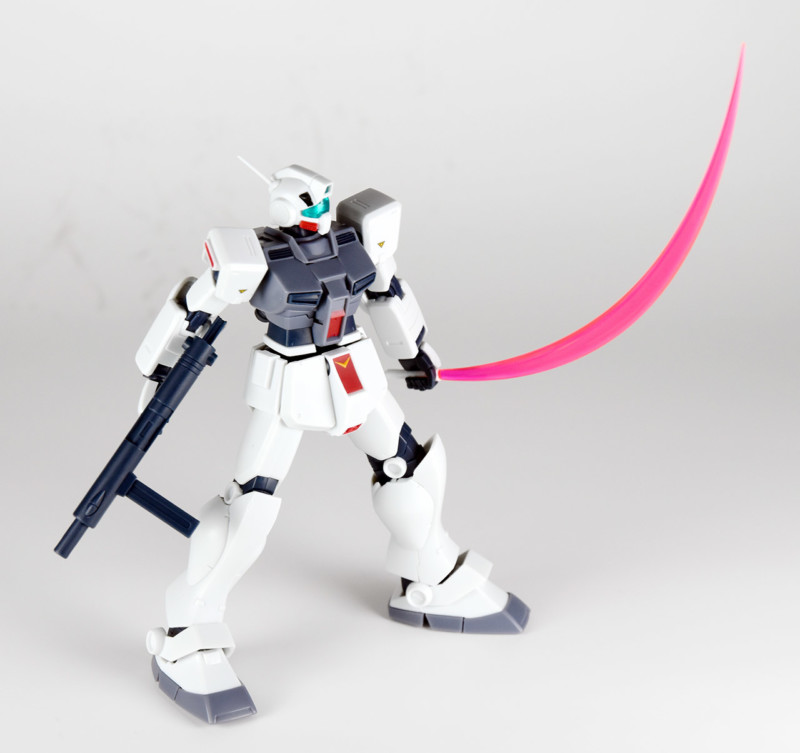 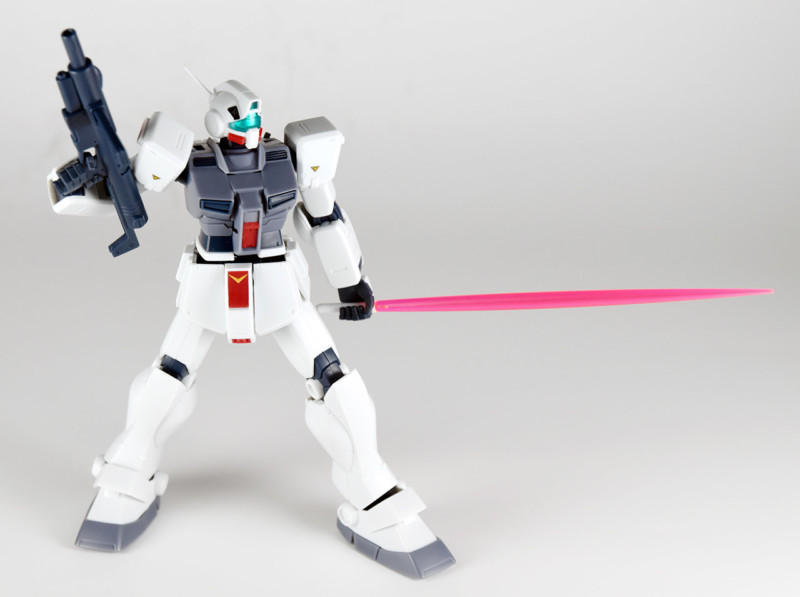 Like many of the mobile suits in Gundam 0080, the RGM-79D GM Cold Districts Type is a customised terrain and weather variant of the standard RGM-79 GM. Built for use in the cold climate of the arctic and antarctic, this variant sports a more subdued color scheme over the original.

The design itself is also updated and improved on by Yutaka Izubuchi and this is something the toy gets especially right.

This is because Izubuchi’s approach to mecha design is a very crafted and sculpted look. Getting that right in toys hasn’t really been possible until very recently and Bandai Spirits has seized on this.

While I loved the Ver. ANIME renditions of the Zaku Fz and Gundam Alex, again both Izubuchi designs, this GM actually appeals to me more.

As for the toy itself, the articulation is very thorough and inline with other Ver. ANIME releases. That means you have a very wide range of motion and complex joints that allow for dynamic poses.

Coupled with this is the high-end sculpt and detailing. For instance, the visor on the head has extra detail behind the see through panel and there are lots of other details tucked away, too. You also get transfers for additional detail if you want.

There are also a lot of accessories here, from the two Bullpup Machine Gun types, one with an additional grenade launcher, to a shield and beam saber parts. The effects parts from other Ver. ANIME releases are not included here but this figure is compatible with them.

To be honest, I think the appeal of this GM for me is that it ended up in a bunch of solid games and was more of workhorse mobile suit, rather than the rarified prototype Gundams that make up the bulk of those games.

The RGM-79D GM Cold Districts Type ended up being the mainstay go to GM that redefined a lot of later designs and for that, I am very happy we have a lovely new toy of it.

If you are a fan of Gundam 0080, then this is a nice addition to the collection. However, if you are a gamer and like grittier as well as more believable mobile suit designs, then this one is definitely for you.