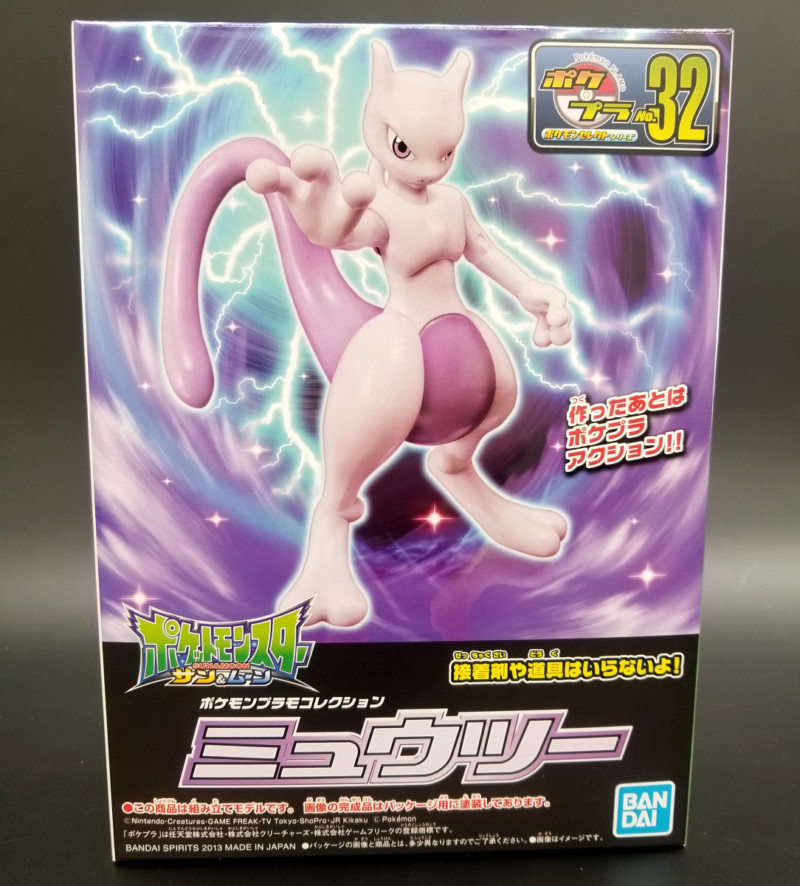 The Pokemon Plamo Mewtwo kit takes us all the way back to 2013, when “Pokemon the Movie: Genesect and the Legend Awakened” first aired in theaters. The kit was later repackaged for the “Pokemon Sun & Moon” series, and that’s the version we’ll be looking at today!

Like most of Bandai’s figure kits, Mewtwo is posable upon assembly, but what really makes him stand out is how his tail and arm are connected internally. Any up and down movement of the tail or arm should make the other part move as well. 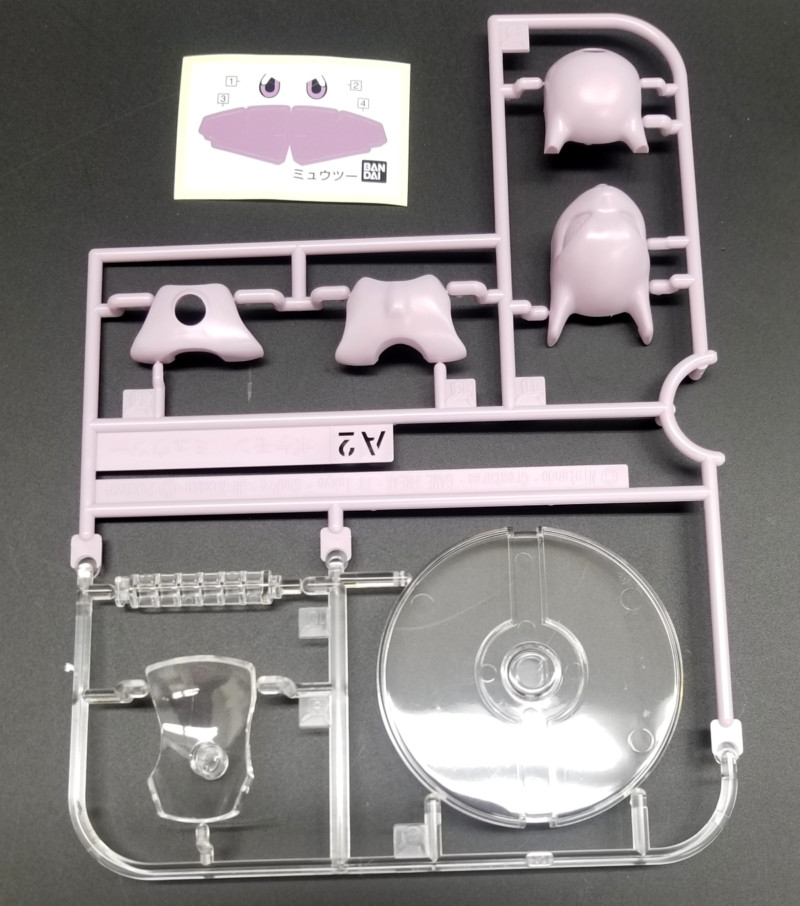 The parts comes in two shades of purple, as well as clear for the base and stand. Fortunately with this kit, there’re only three stickers (two for the eyes, and one to fill in a bit of dark purple under his tail) so the completed version should look fairly smooth and clean! 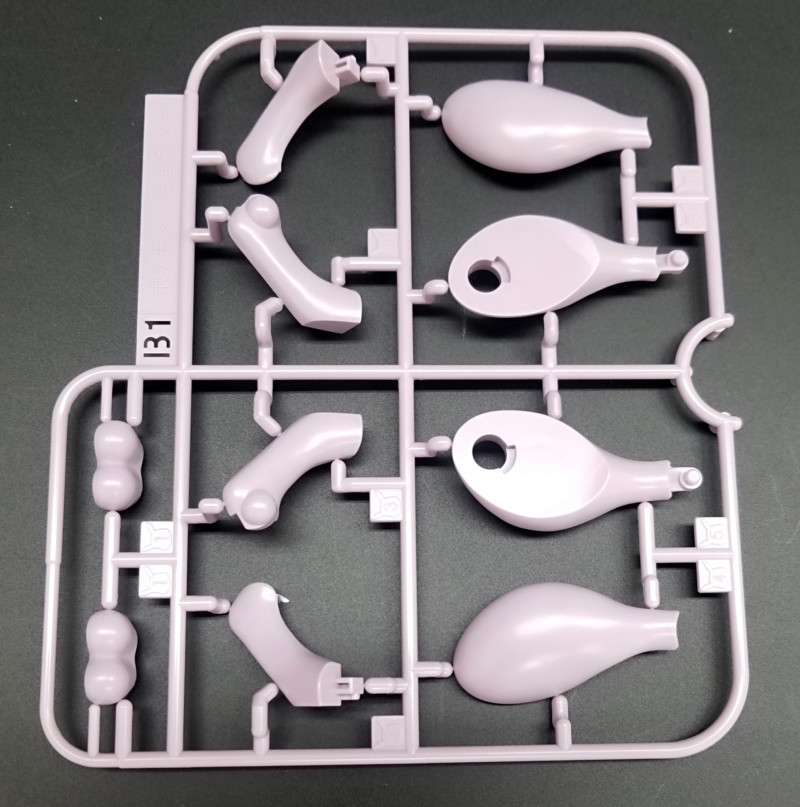 His legs look pretty simple, with just a few separated parts for the feet, toes, and thighs (which are looking a lot like boneless purple chicken thighs at this point). 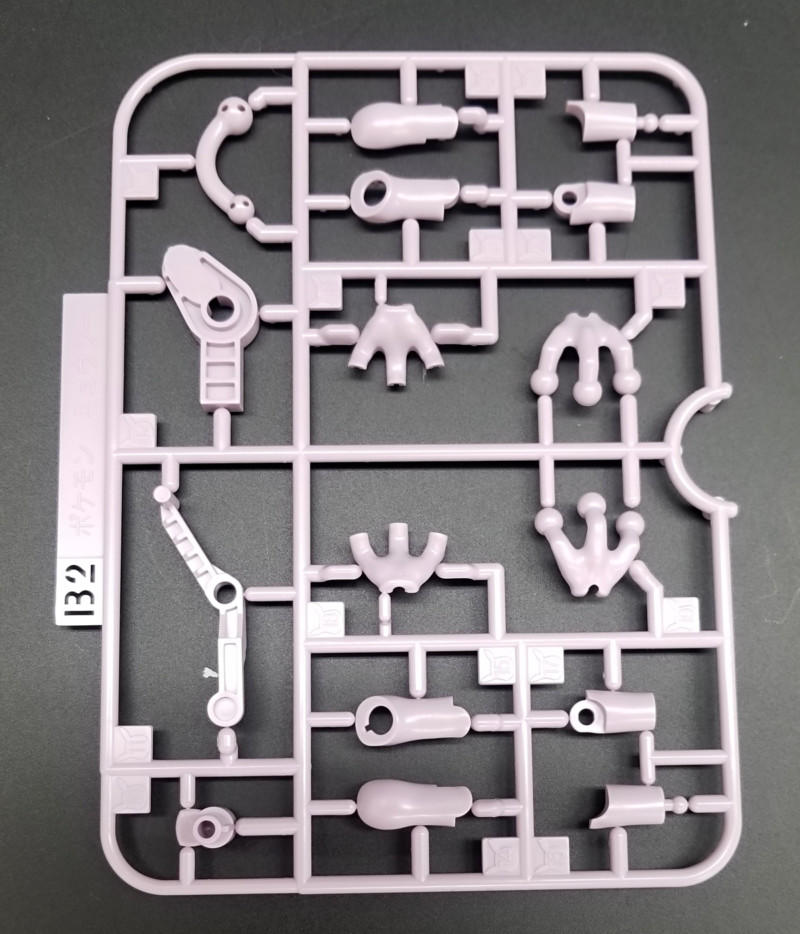 The hands feature Mewtwo’s characteristic ball-shaped fingertips. In fact, most Pokemon fans could probably tell you which character this was by this runner alone (if the purple didn’t give it away already!).

This sprue also includes the internal gimmick mentioned earlier, that will connect Mewtwo’s arm to his tail. 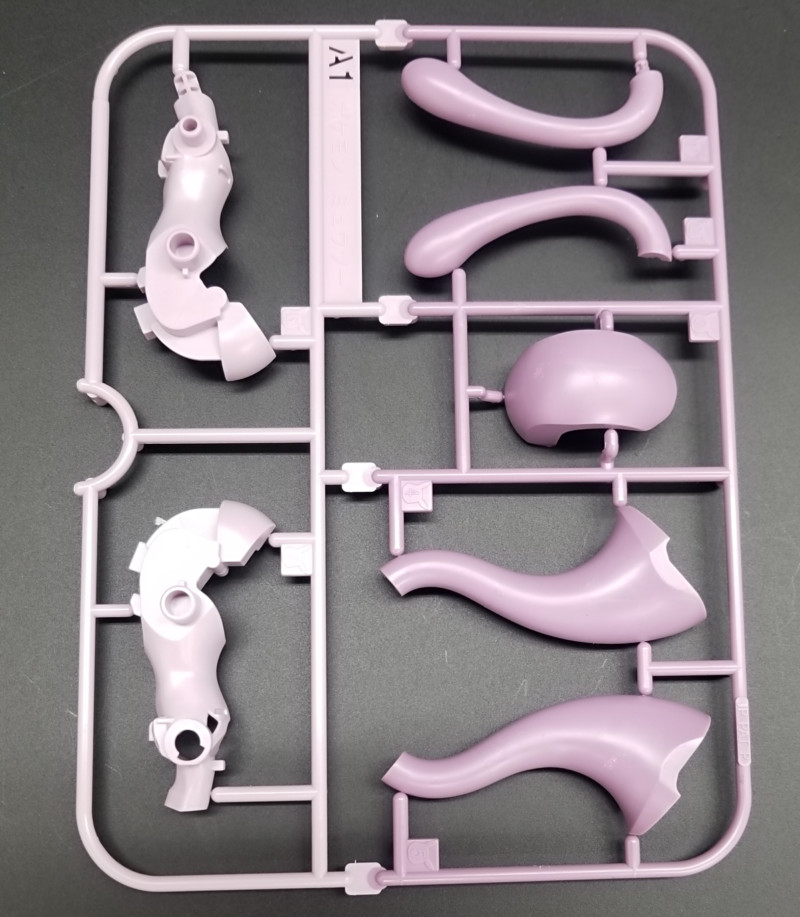 Last but not least is the torso and tail runner, where we finally see the other shade of purple. Mewtwo’s body features a lot of round shapes and curves which seem to have translated nicely into separated parts.

The entire kit comes in a fairly small box and the parts seem simple enough. But let’s put this kit together and see how long it actually takes!