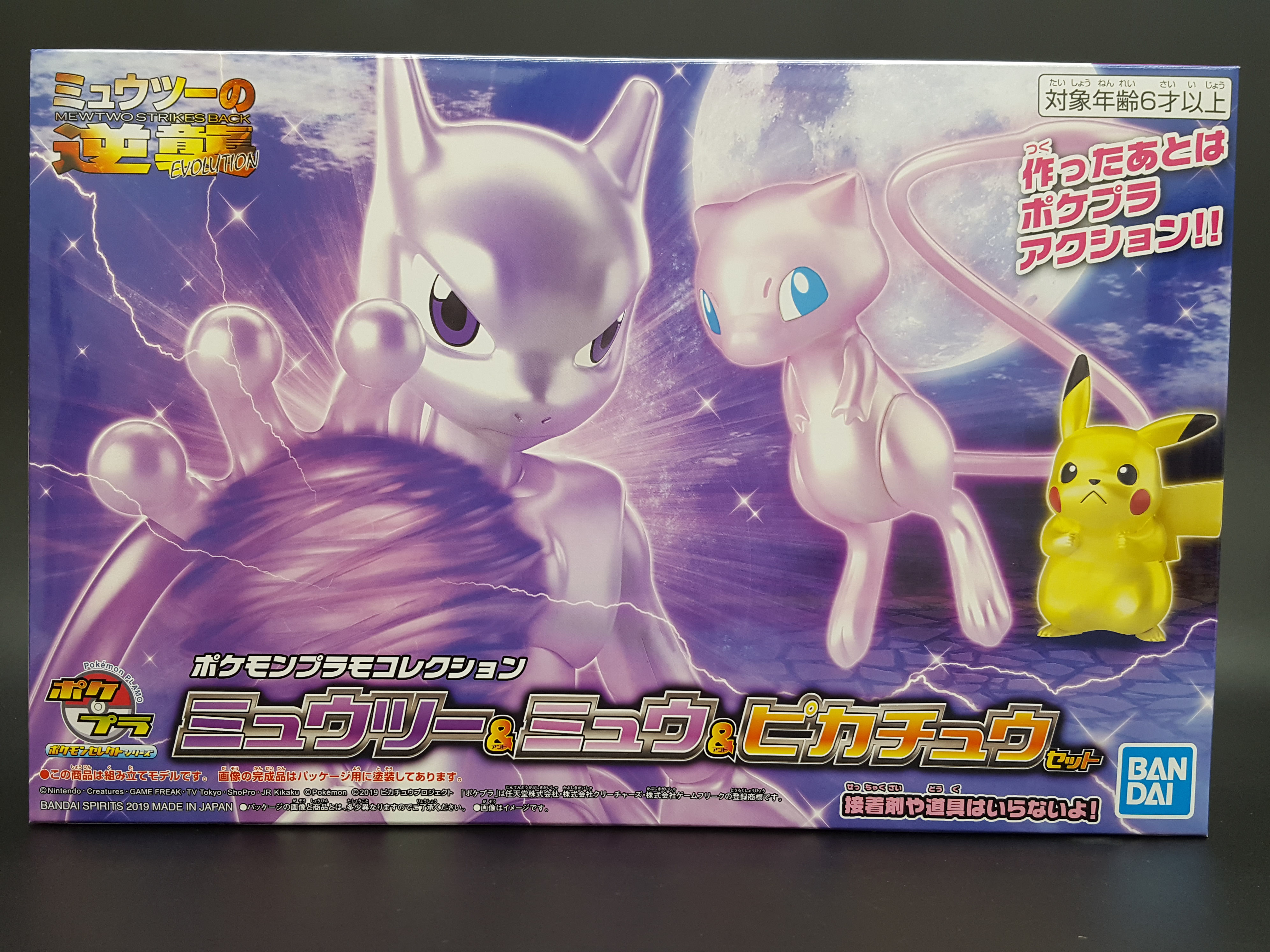 The latest Pokemon kit is here, and I’m really excited to try it out! The last Pokemon plamo release was the pair of Eevee and Pikachu kits to commemorate the release of Pokemon Let’s Go, if I’m not mistaken. Now, we have Mewtwo, Mew, and Pikachu, all molded in a shiny plastic that’s going to leave an impression. This is also the first time Mew has had a plamo kit!

Let’s start by taking a look at the packaging. 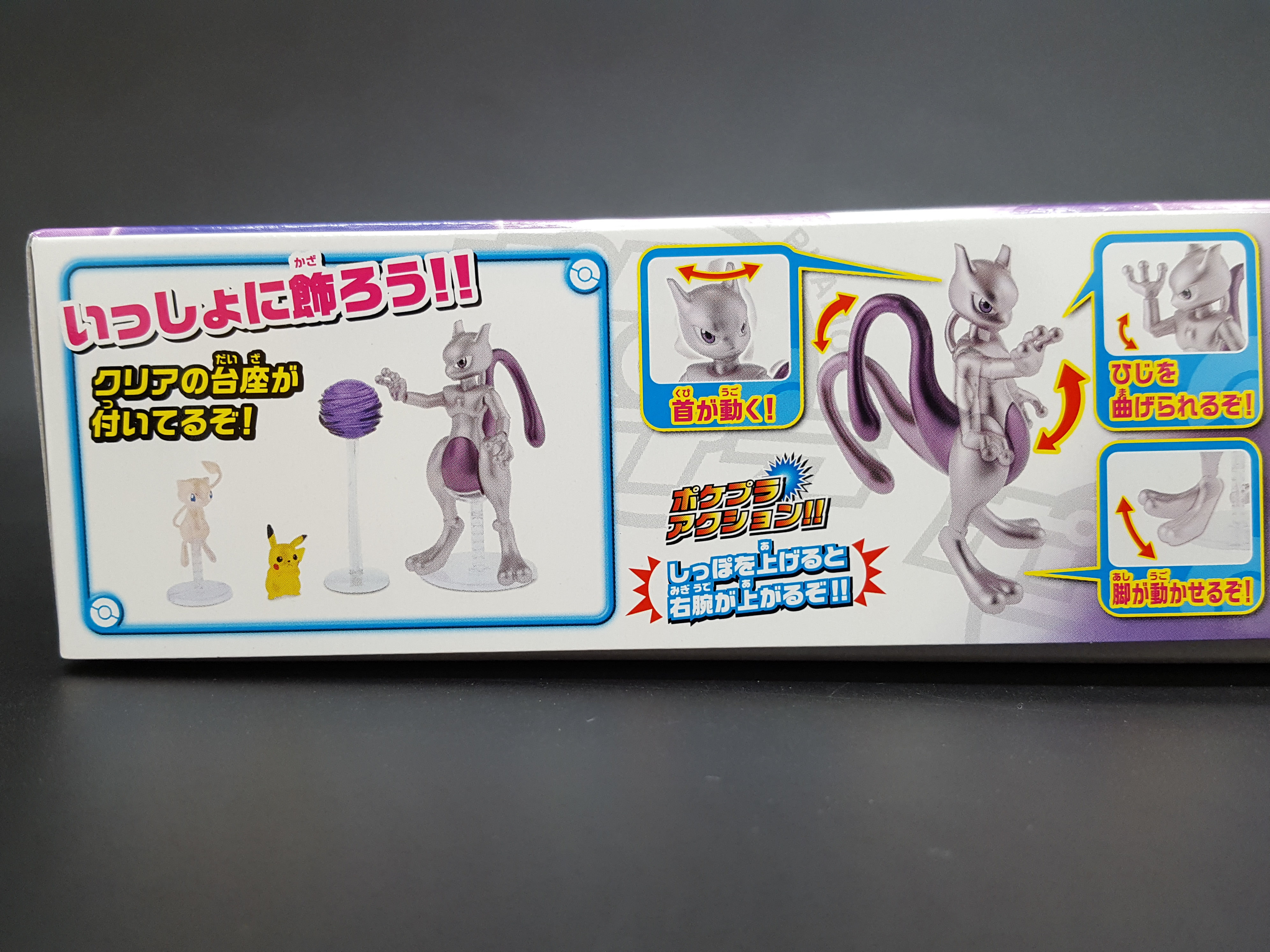 Three stands are included in the kit, for Mew, Mewtwo, and Mewtwo’s effect part, respectively. (Pikachu doesn’t need a stand.)

Mewtwo features a bunch of gimmicks as the centerpiece of this kit. His head can turn side to side, his wrists have ball joints, elbows bend, tail swivels, shoulders rotate, legs rotate, and feet pivot. That’s some pretty good articulation for a low price-point model kit. 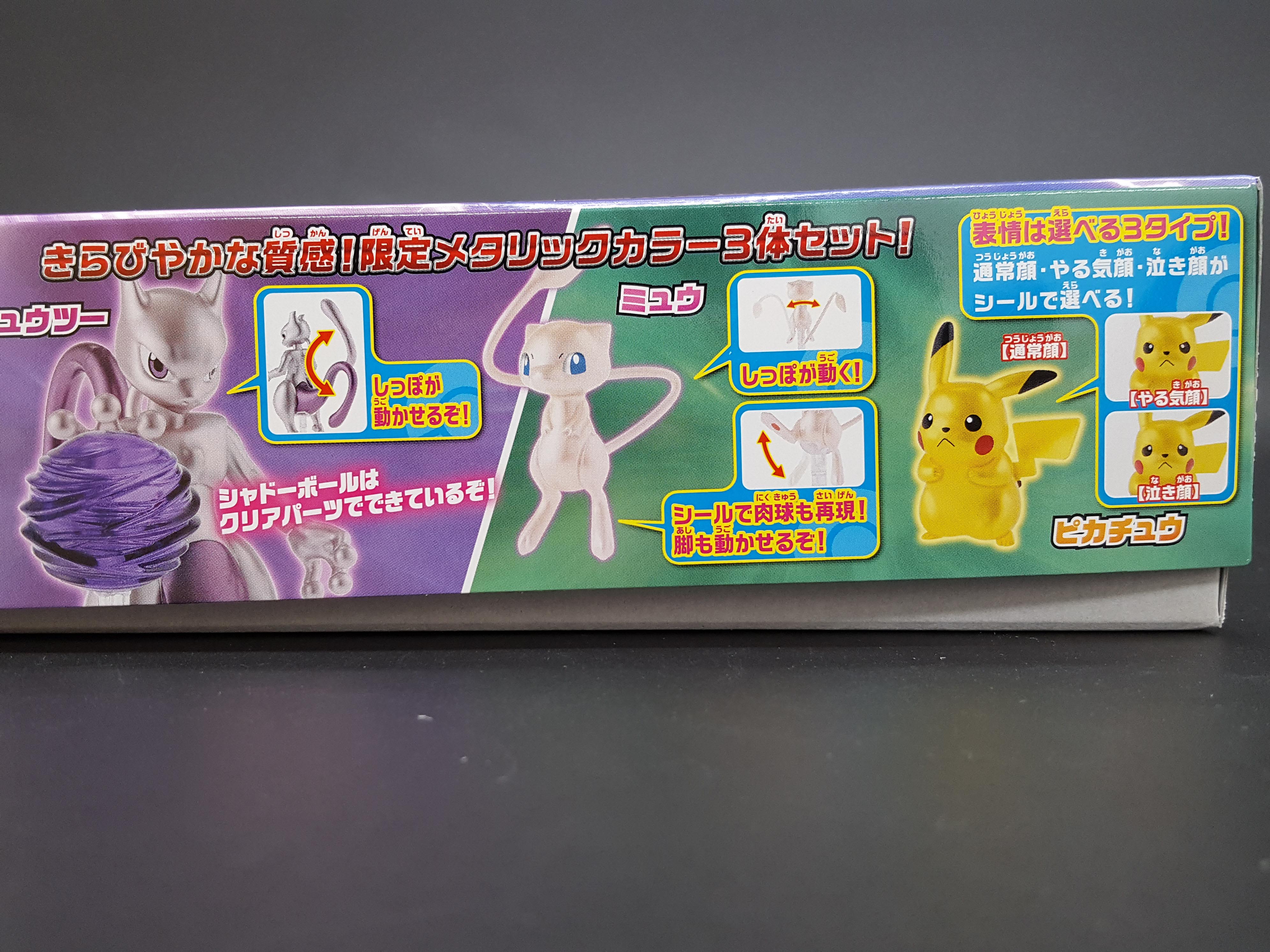 Here you can see an example of Mewtwo’s tail articulation as well as Mew’s rotating legs and ball jointed tail. Pikachu… has no articulation. He’s just adorable. 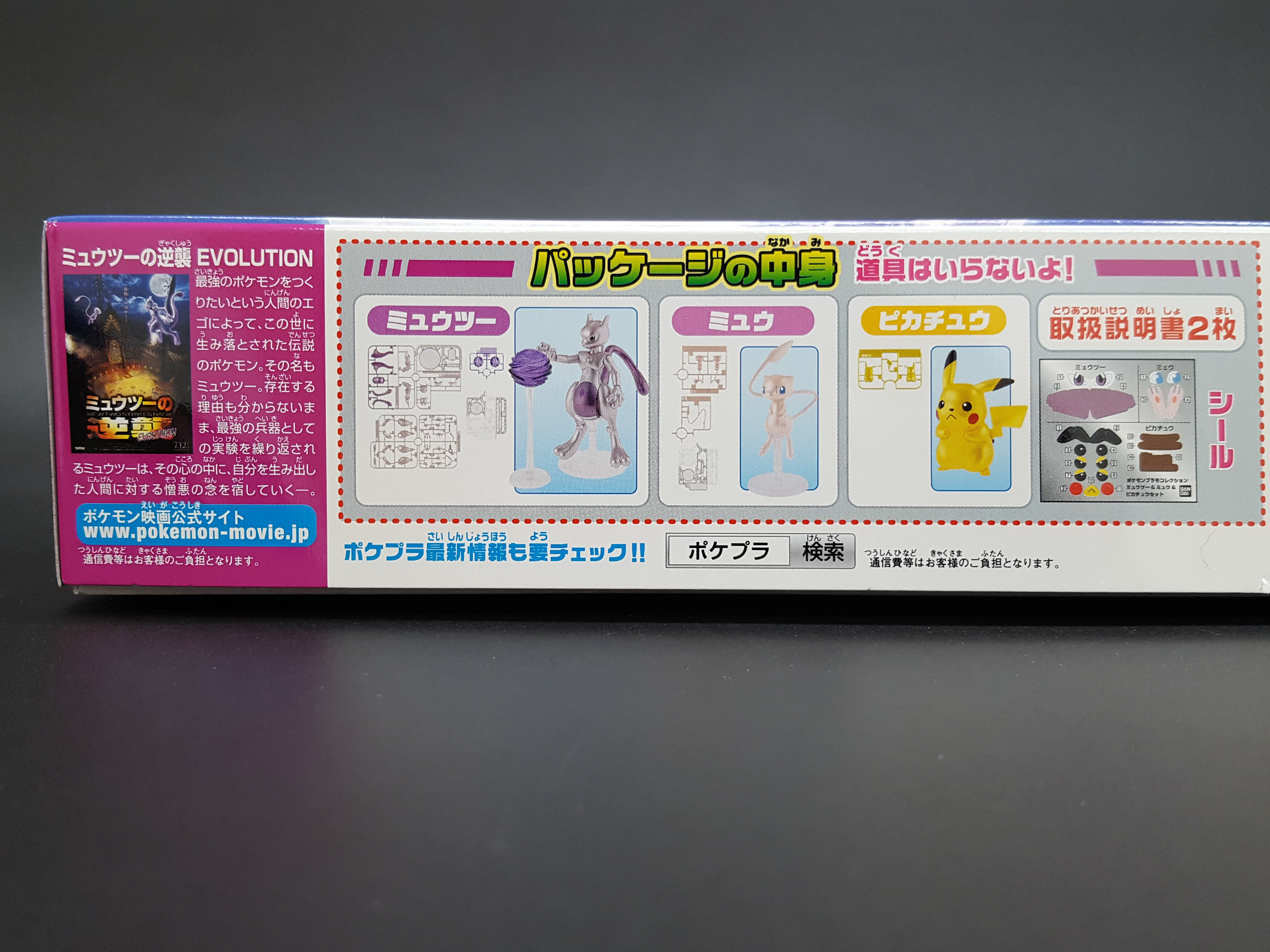 As always, we get a look at the runners on the box, and the stickers. Pikachu is made up of three parts, Mew has a few more, and Mewtwo gets two full runners. There’s a sticker sheet, too, but for my build I’m going to be painting as much as I can with Gundam markers. 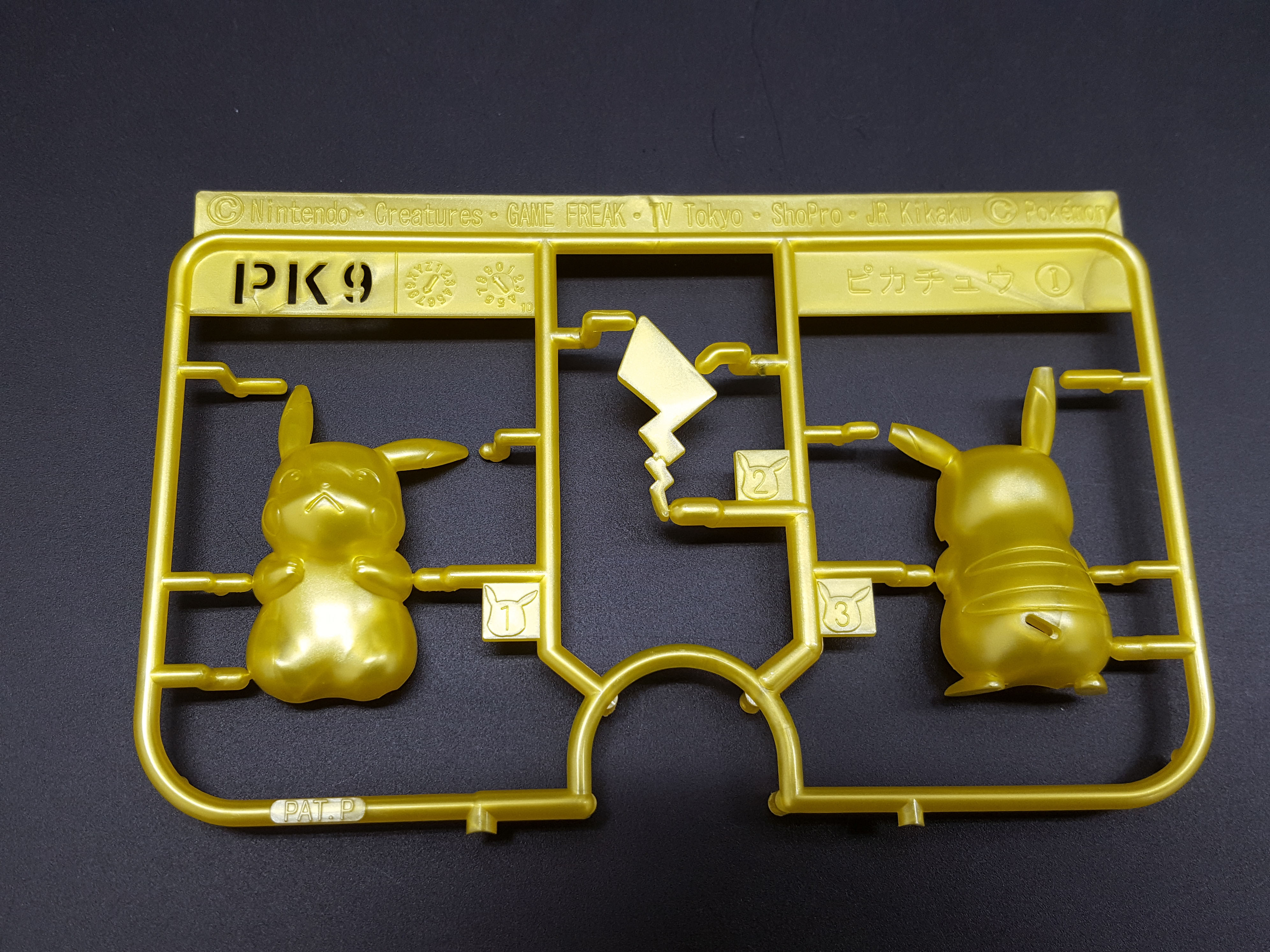 This runner is used just for the 3 parts that make up Pikachu. 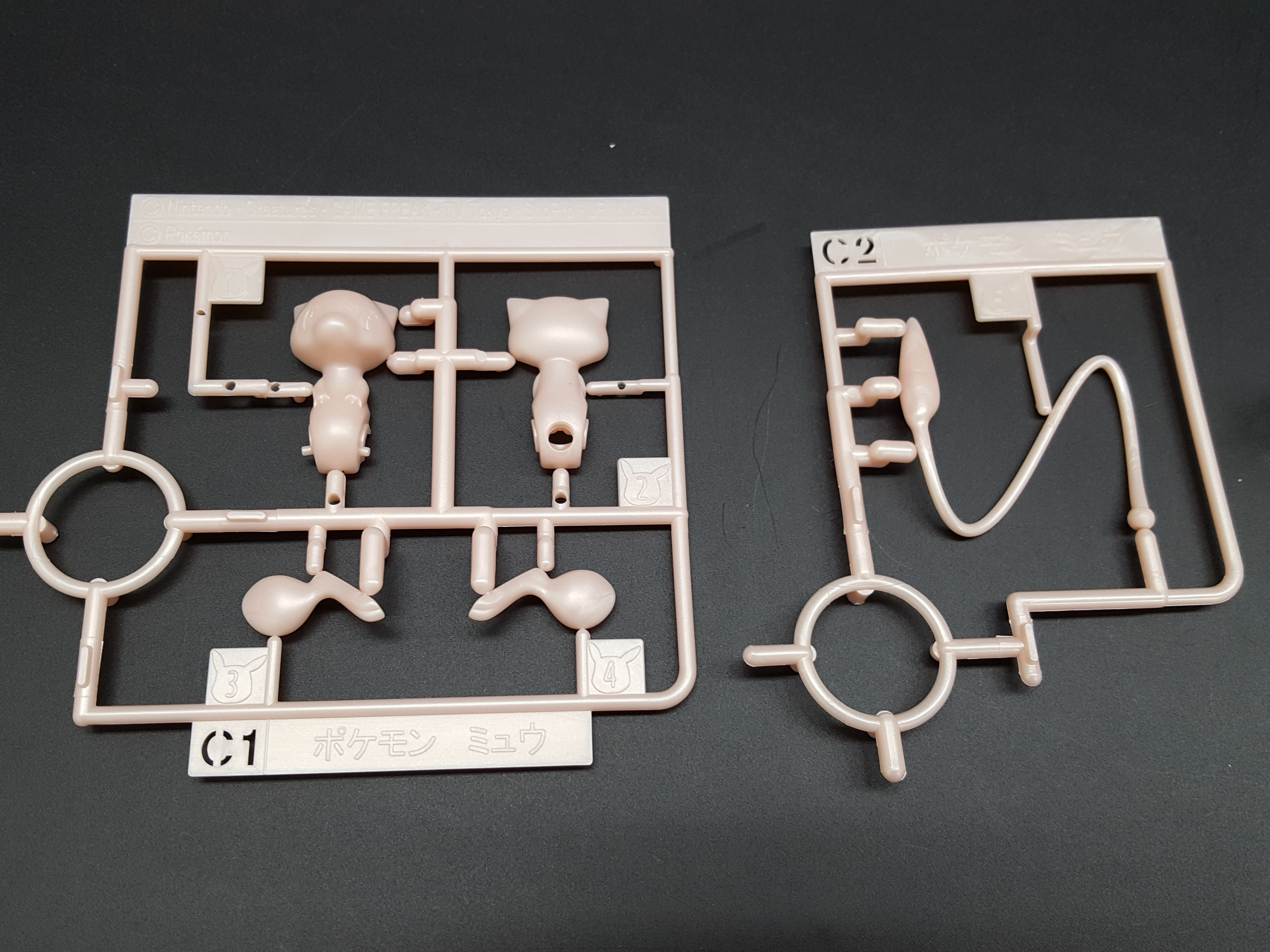 These runners are for Mew and contain 5 parts. The C2 runner is a slightly softer, more flexible plastic than usual, and the reason is clear — Pokemon kits are made for the parts to be pushed off the runners without nippers. If this piece was rigid, it’d be too fragile to snap off the runner without a risk of damage, so Bandai has made it softer to protect it! 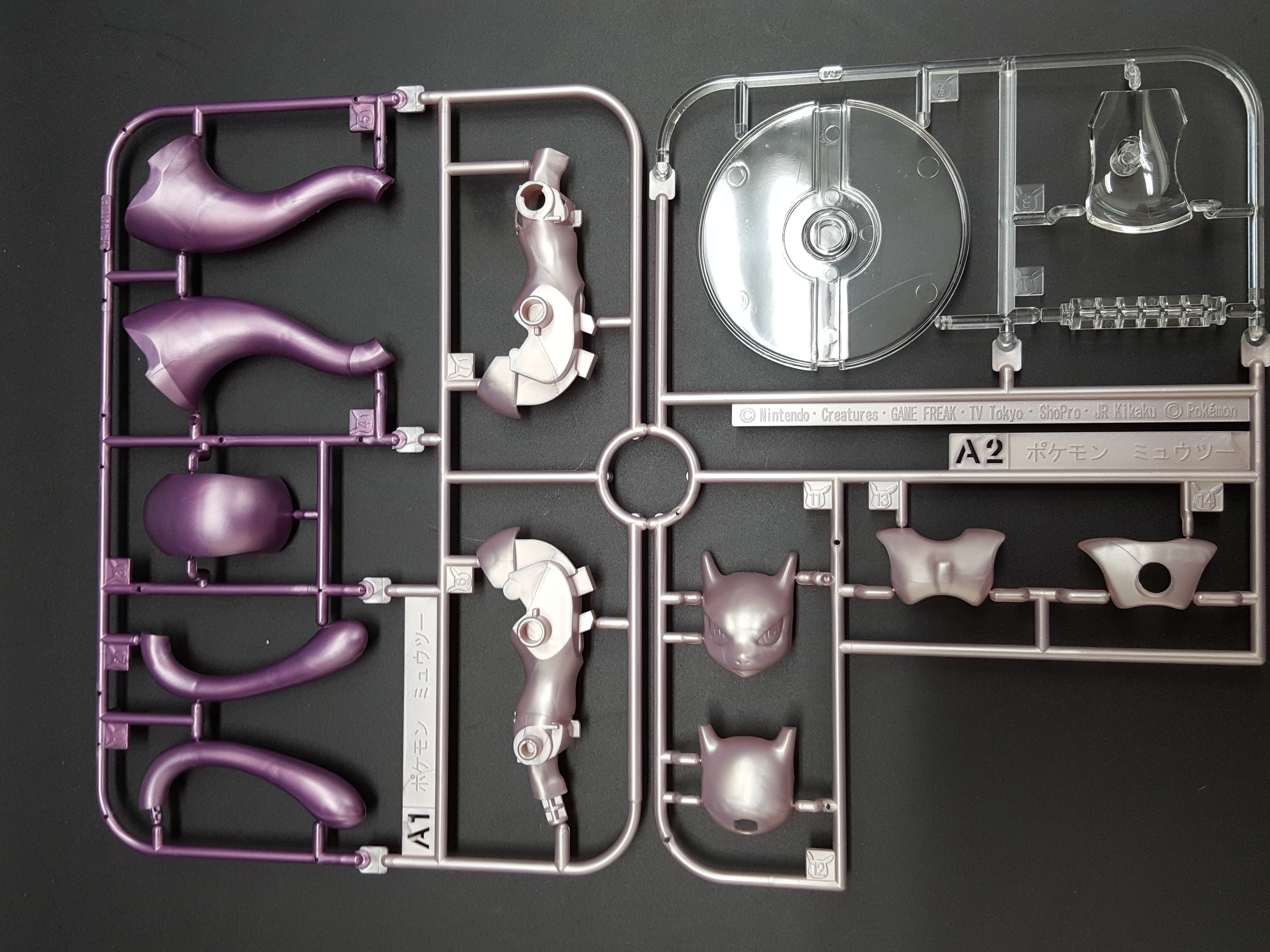 Half of Mewtwo’s parts are here, including his display stand parts. 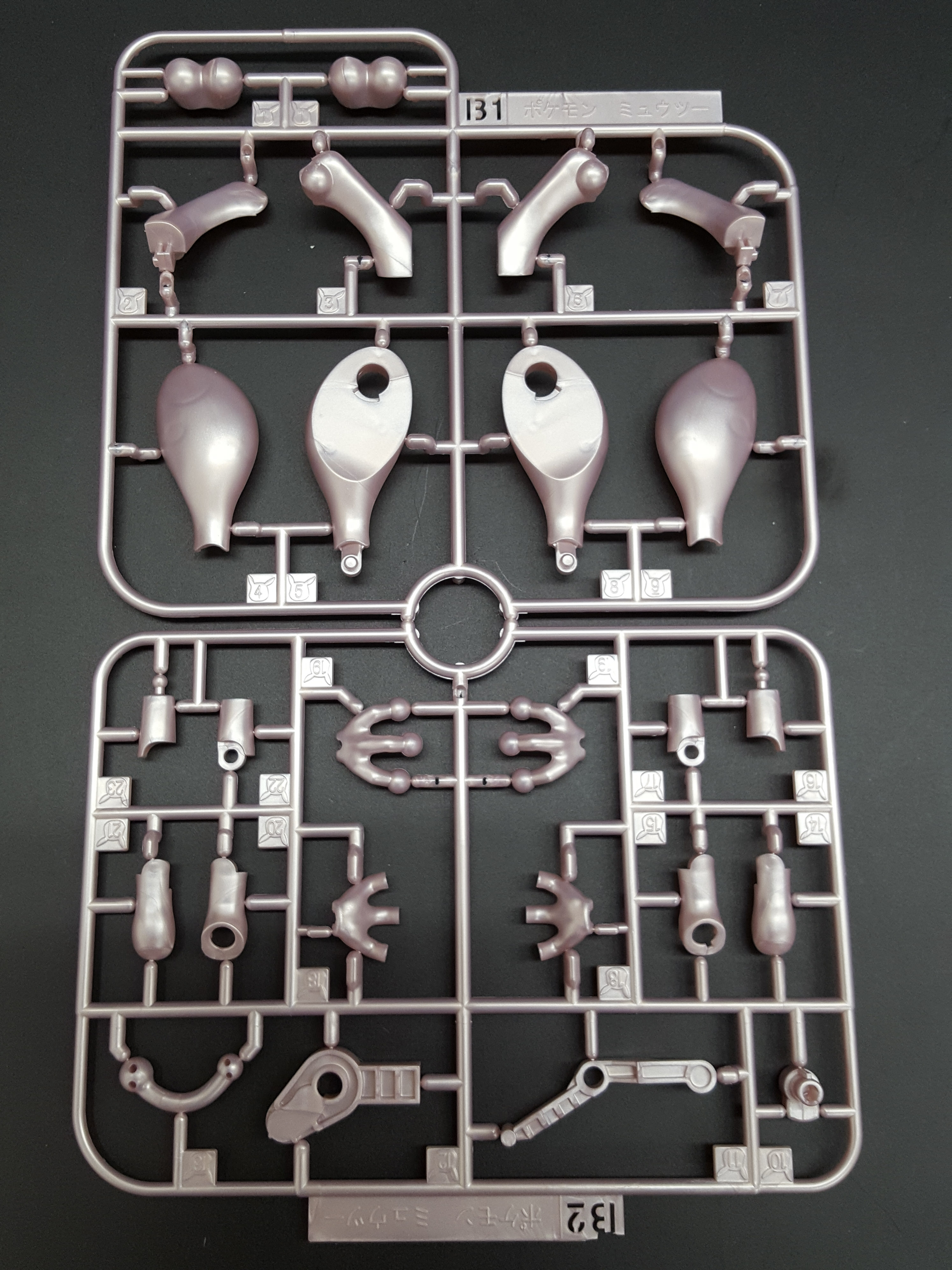 The rest of the Mewtwo parts. 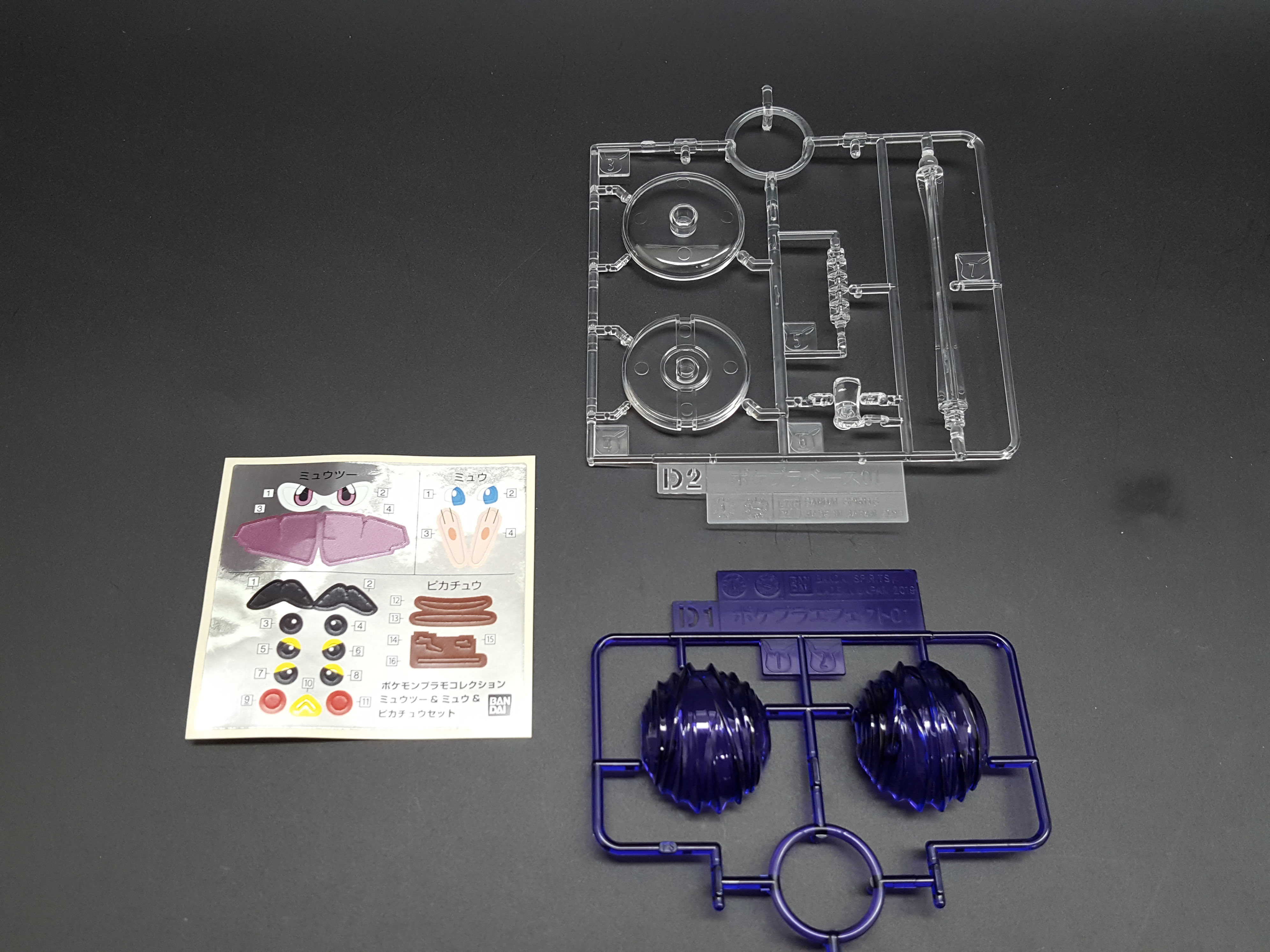 The last stands are for Mew as well as Mewtwo’s effect part, which is shown here in 2 pieces molded in brilliant clear purple. We also have a sheet of stickers (which I will try to avoid during the build) — the fun part is that Pikachu comes with three eye options (but you don’t get a mouth option — no matter what, he’s unhappy-looking!).

What do you think of the latest Pokemon Plamo? You can pick one up for yourself here:
– Pokemon Plamo Collection Mewtwo, Mew & Pikachu Set