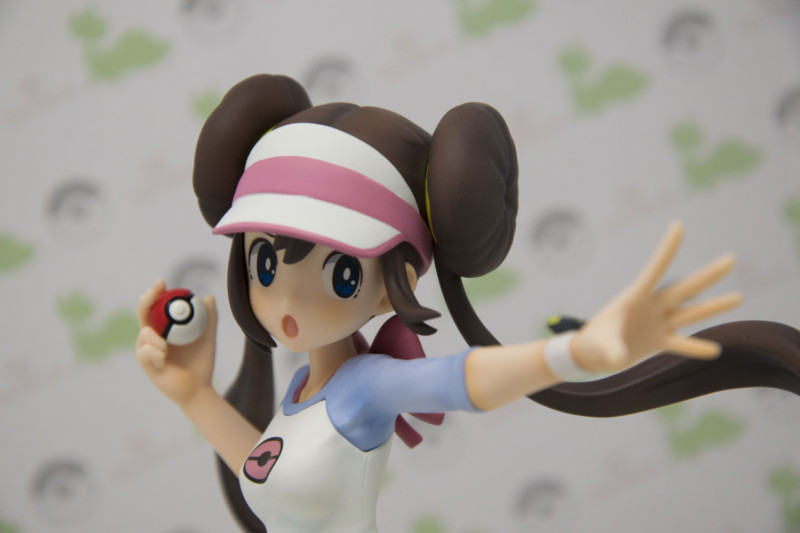 Kotobukiya’s Mei figure from the popular franchise “Pokémon,” and more precisely from the Black 2 and White 2 editions of the Nintendo DS games, is the first and currently only figure dedicated to the female player character from the second and final paired versions of Generation V in the game series.

The 1/8 scale figure comes in a simple yet lovely box which is, indeed, mostly black and white. The box has a couple of sides made of clear plastic, one of them being cut as a stylized Pokéball, just to keep to the theme.

Carefully packed, the figure comes completely assembled, and nothing but putting Tsutarja (Snivy) on the base next to Mei (Rosa) is needed to have the figure ready for display. Mei is attached to her base (which resembles a black and white Pokéball) with a screw and both her feet are actually connected to her support, meaning she’s quite stable (which is always very appreciated). 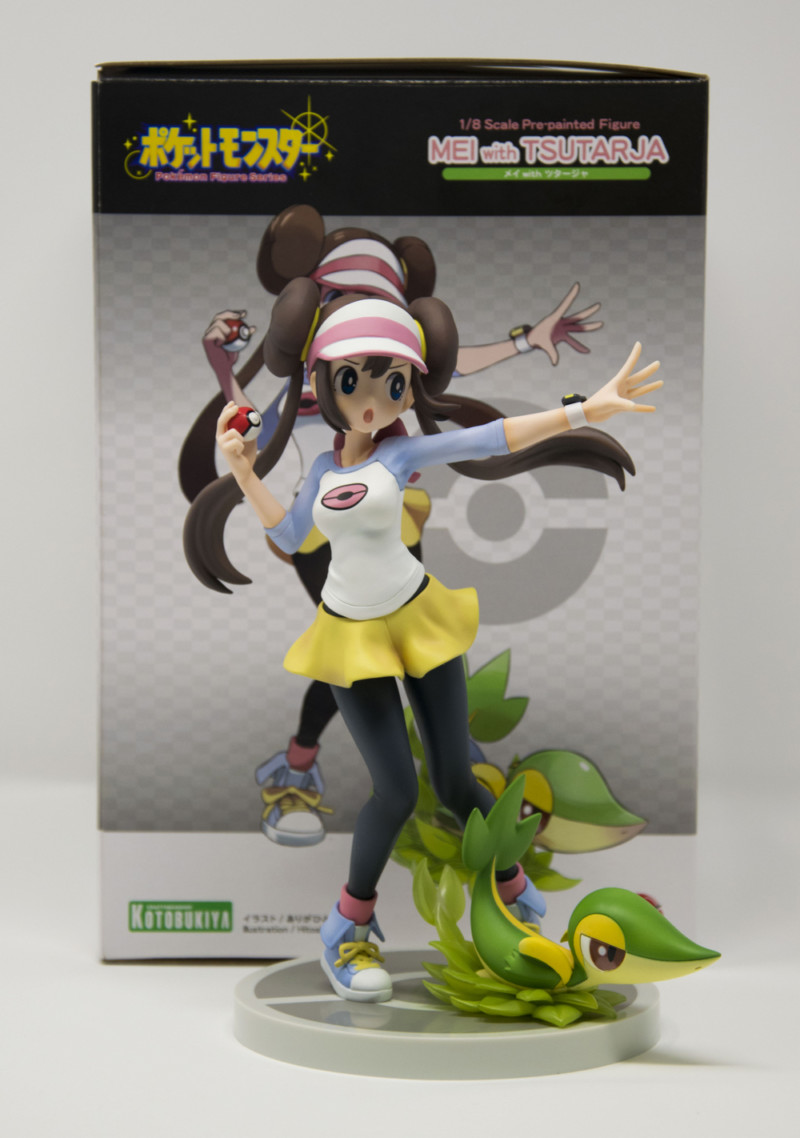 Tsutarja doesn’t go on the base with any kind of support or peg, but can just be placed there so that displaying Mei without her starter Pokémon is also a possibility — and very easy to achieve, too. 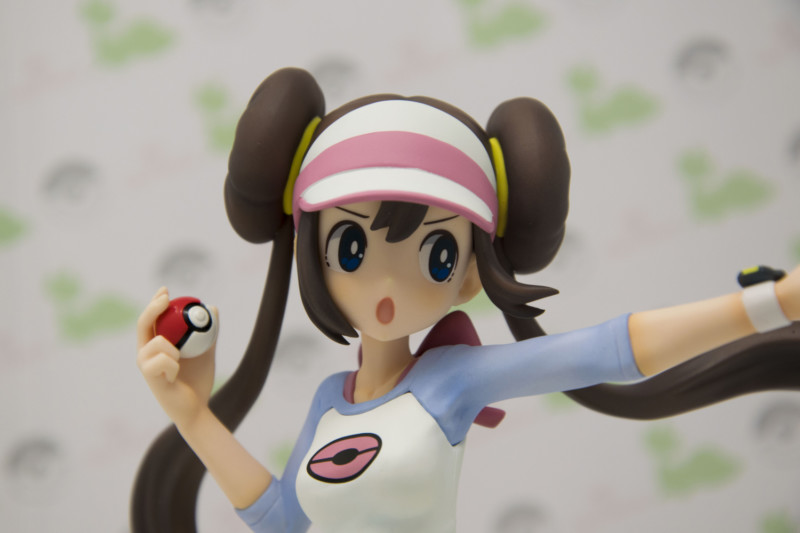 Personally, I prefer both the trainer and her starter displayed together, but this design helps a lot if one wants to play a little with the figure, so it’s appreciated. 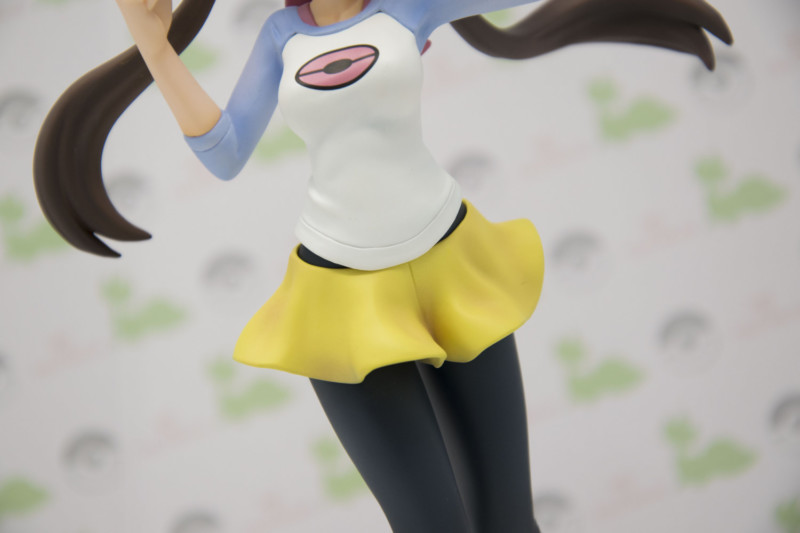 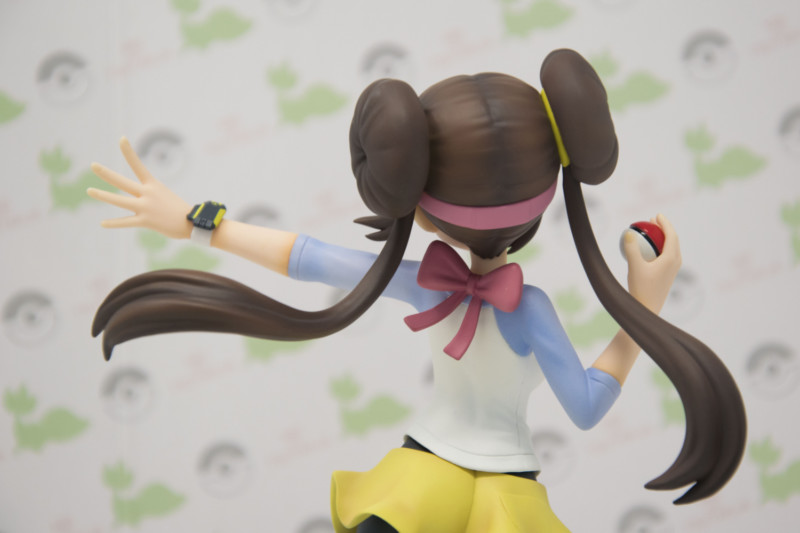 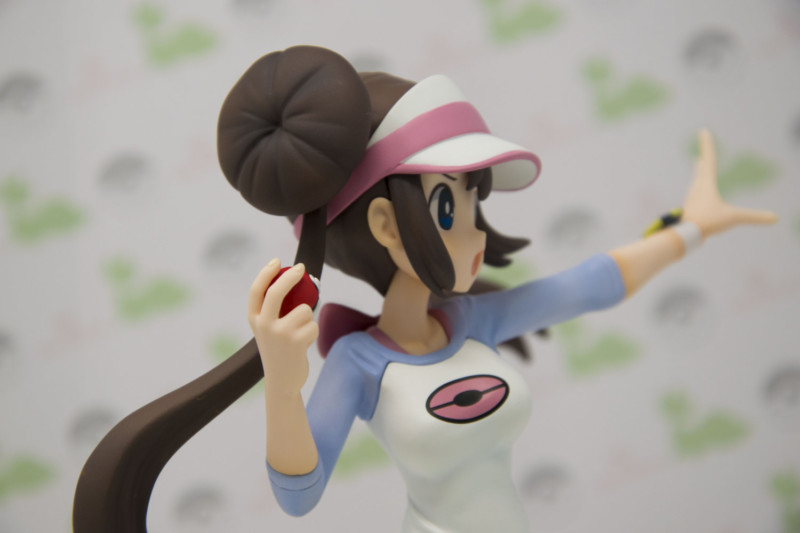 Mei has a dynamic pose I really adore as she’s sculpted as if she were instructing her Pokémon: holding a Pokéball in one of her hands, perhaps about to throw it to a possible other Pocket Monster ready to be caught. 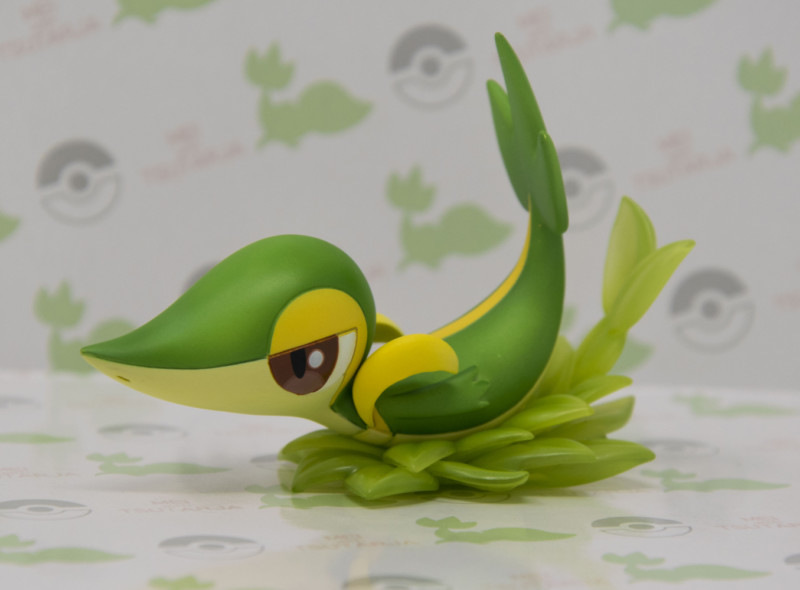 Her outfit is quite unique among those of trainers from other Pokémon games in my opinion, and it’s also my very favorite. Kotobukiya did an amazing job here, and was able to capture the trainer’s essence and personality faithfully reproducing the original artwork. 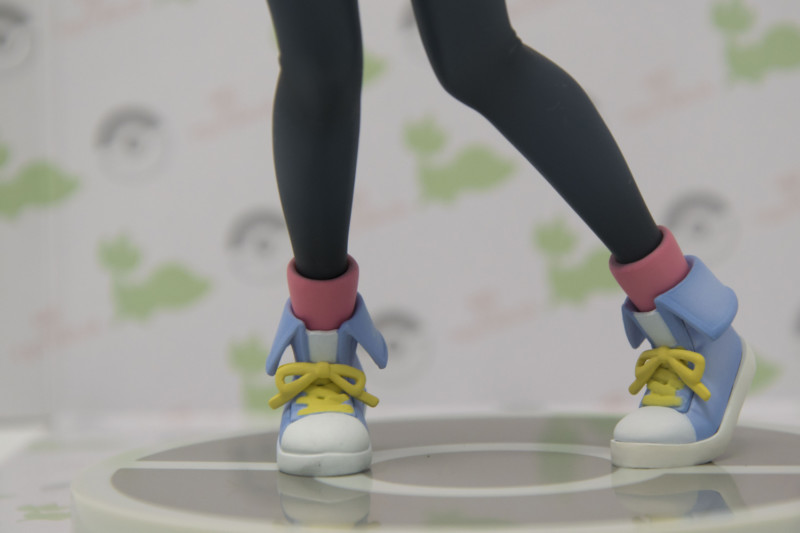 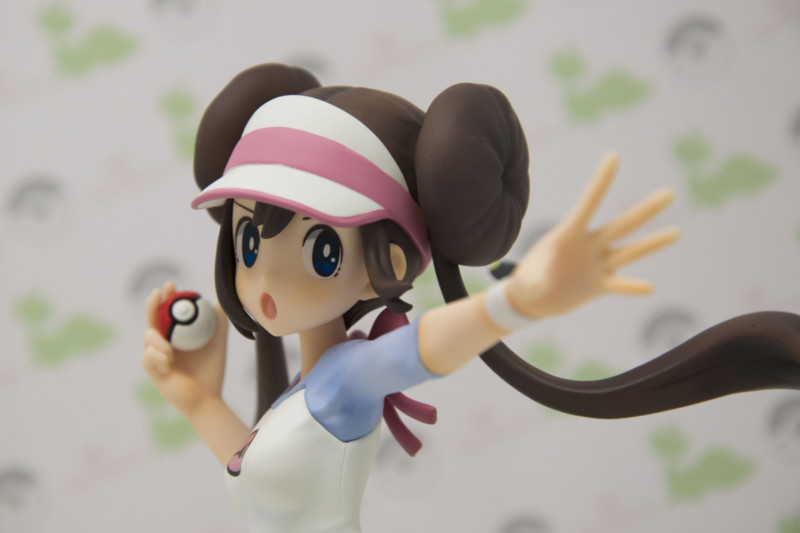 Although lacking some shading, I can really deem the paintwork of this figure as completely gorgeous. Not because I lost my mind and I don’t like quality stuff anymore, but because what I roughly called “lack” is actually a virtue here. 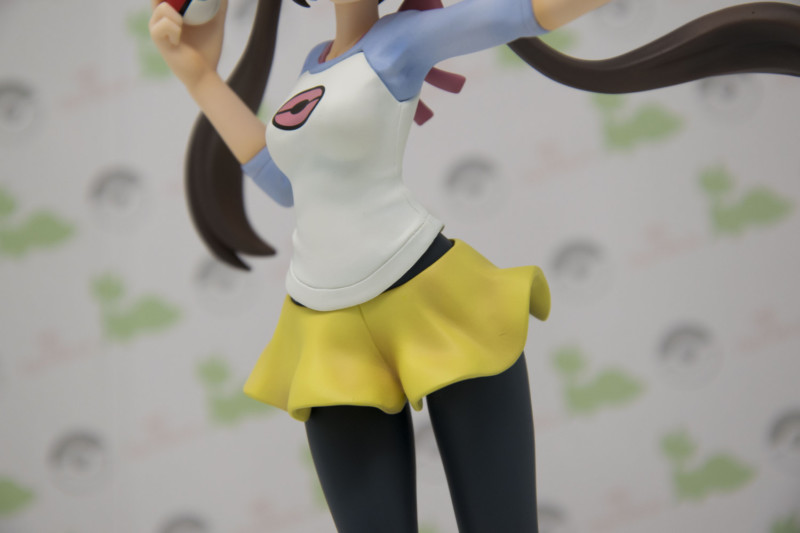 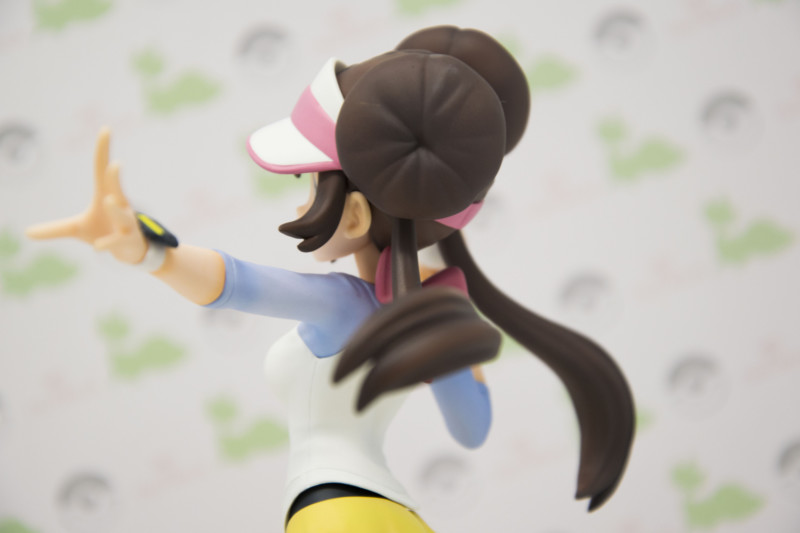 I said that this figure is very faithful to the original artwork, and this is also (and mostly) true thanks to bold and full colors used everywhere; in fewer words, what I was calling a “lack of shading” just before. 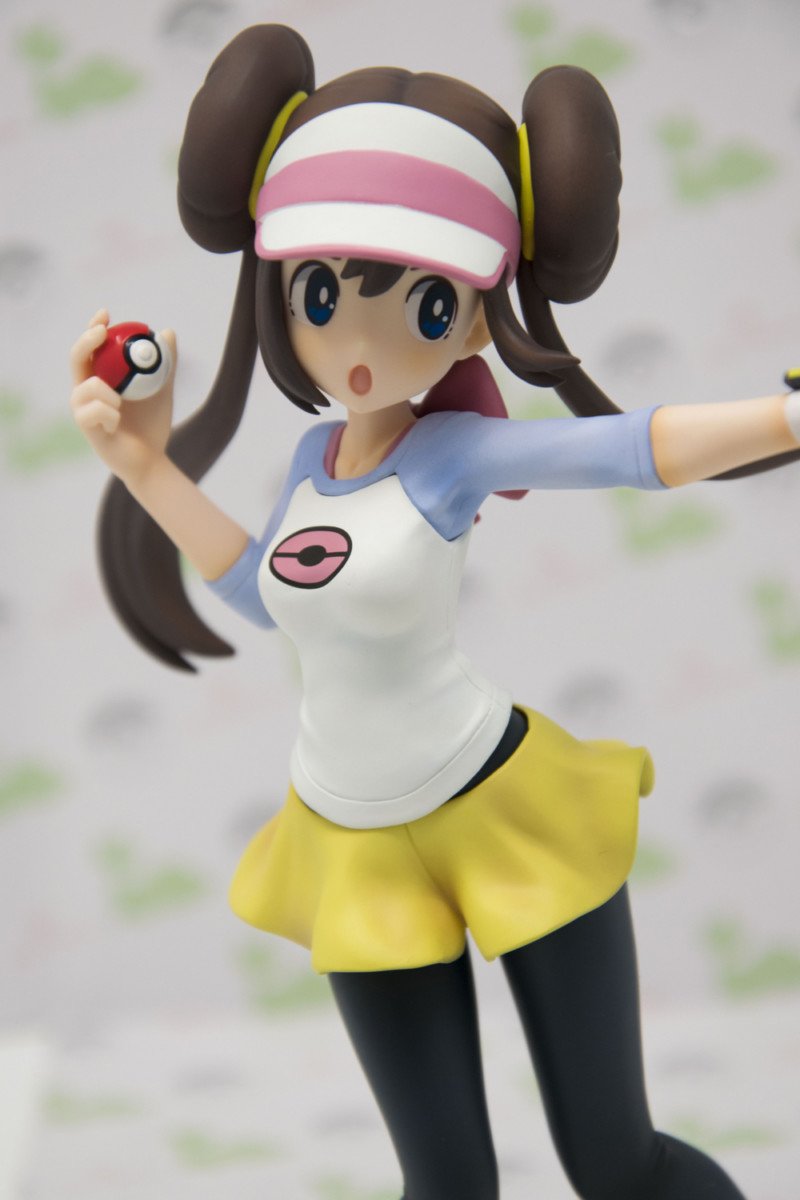 Mei’s sculpt is well done, and the same applies to Tsutarja’s. Overall, the figure is of great quality and very pleasing to look at. Mei’s face is expressive, just like in the artwork, and the “little monster” she comes with really is carefully done as well. 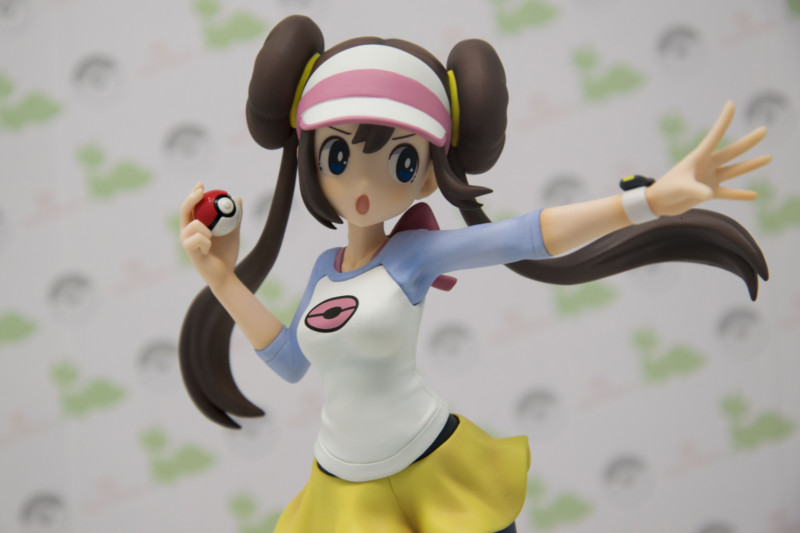 With the premise that I’m a huge Pokémon fan, one who’s been playing these games since Red and Blue and never stopped — and that Mei is one of my favorite player characters — I can definitely say that I’m more than pleased with this figure, to the point I’m actually thinking of getting some of the other ARTFX J items dedicated to Pokémon by Kotobukiya. 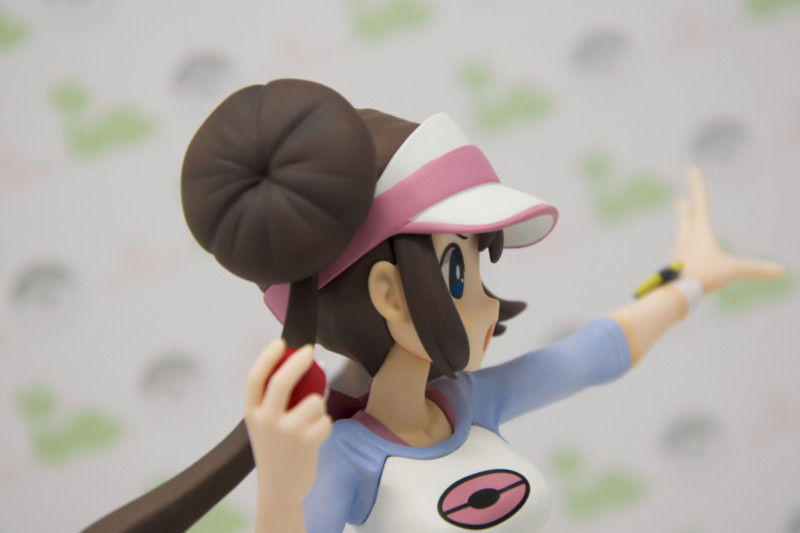 So yeah, Kotobukiya’s Mei is one of those figure I would recommend for sure!