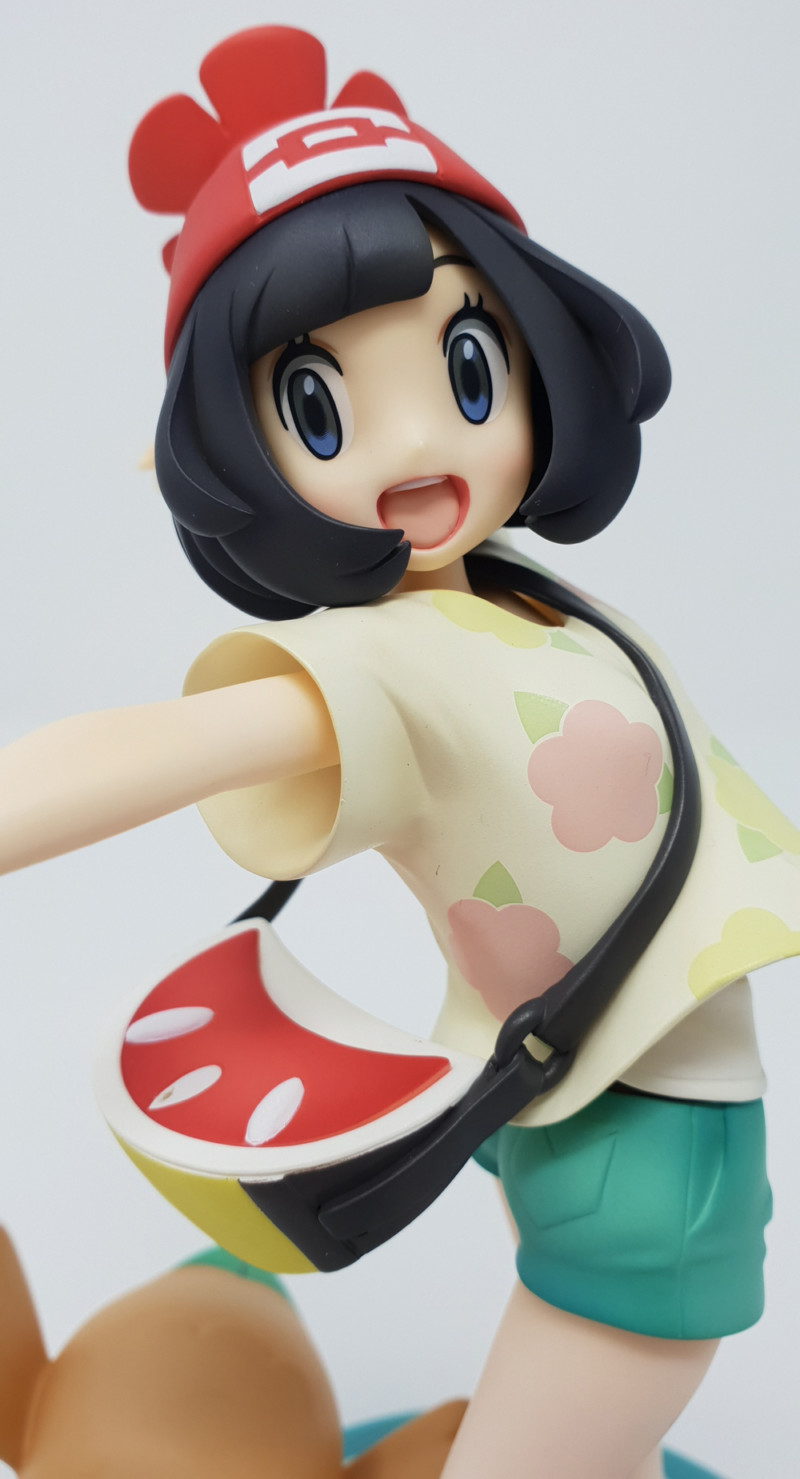 This Moon figure by Kotobukiya, part of the company’s Pokémon Figure Series which includes several other trainers for popular Nintendo games and has more to come, is packaged in a cute window box from which the figure is visible. In this review I will address Moon as Selene (also known as Mizuki in the Japanese version of Pokémon Sun and Pokémon Moon). 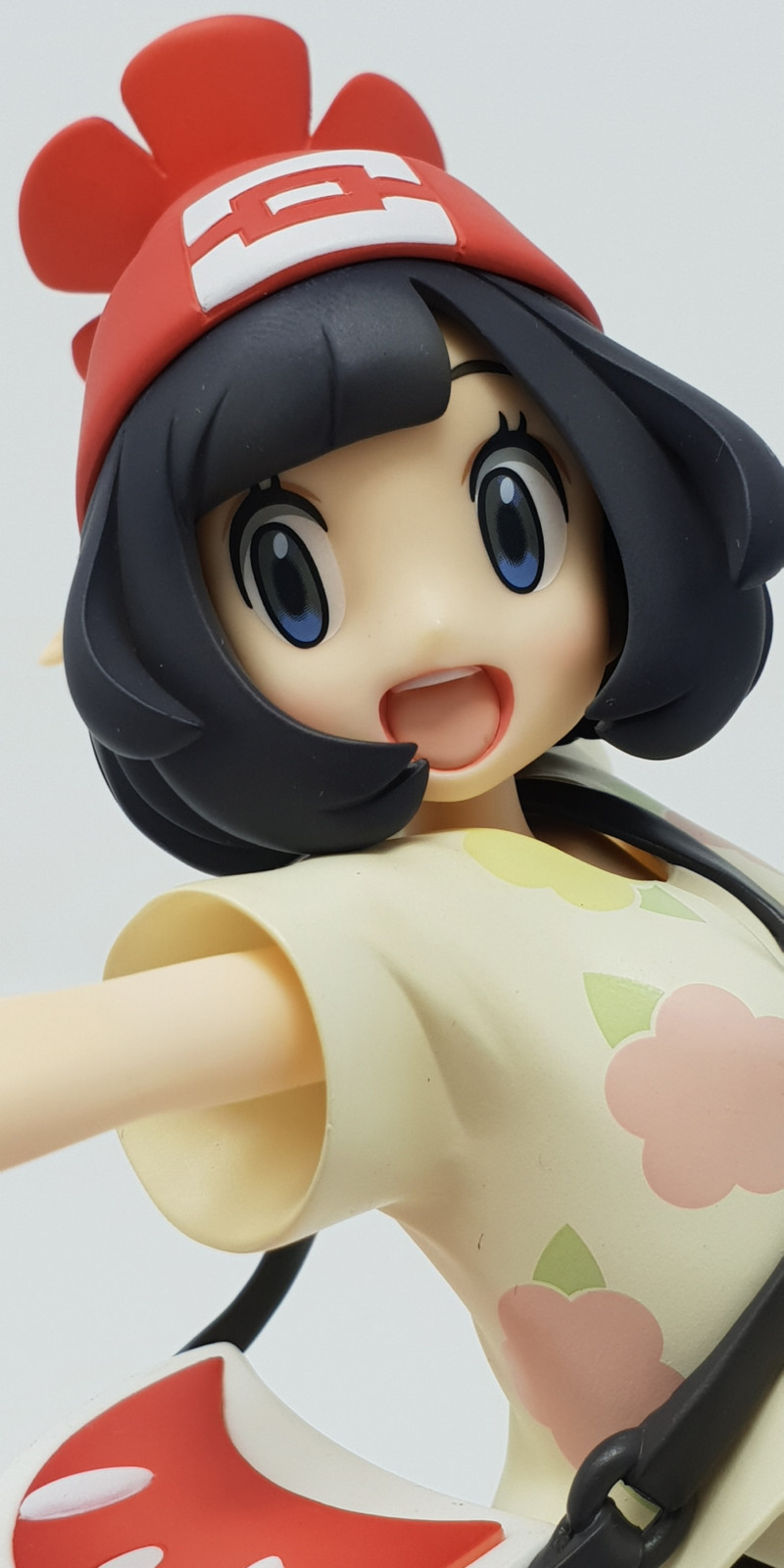 The figure is very well packaged and almost ready for display; one only has to put Selene on her base, place Rowlet next to her, and she’s ready to go. I had the pleasure to review another figure from this collection by Kotobukiya earlier this year, and I’m pleased to say that it’s because of that figure that I got Selene as well. 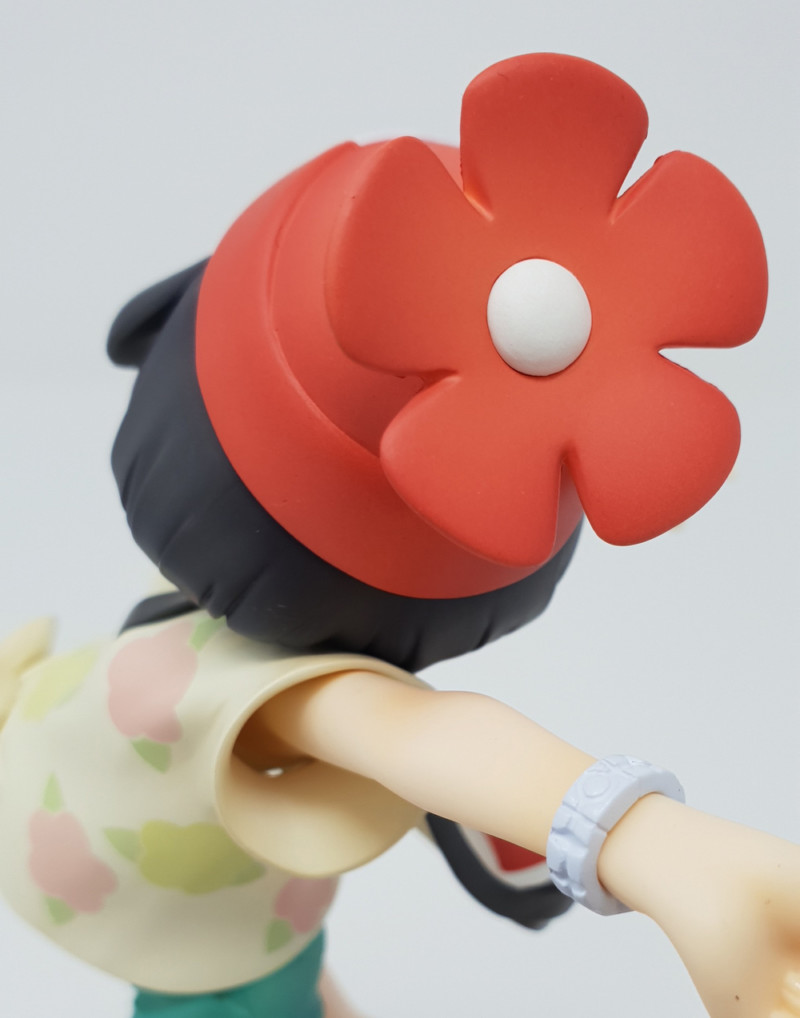 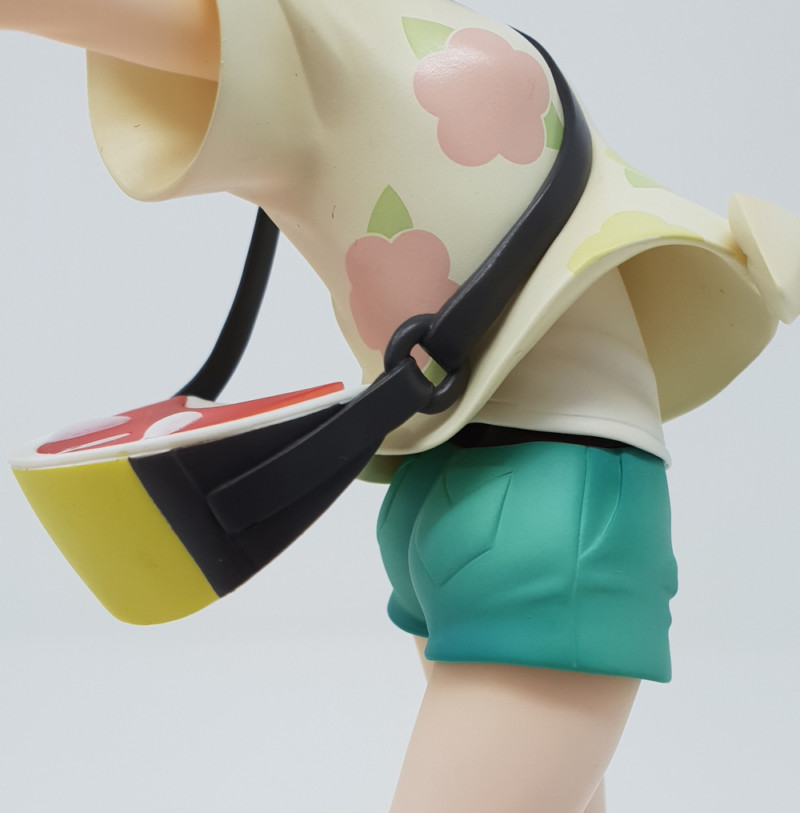 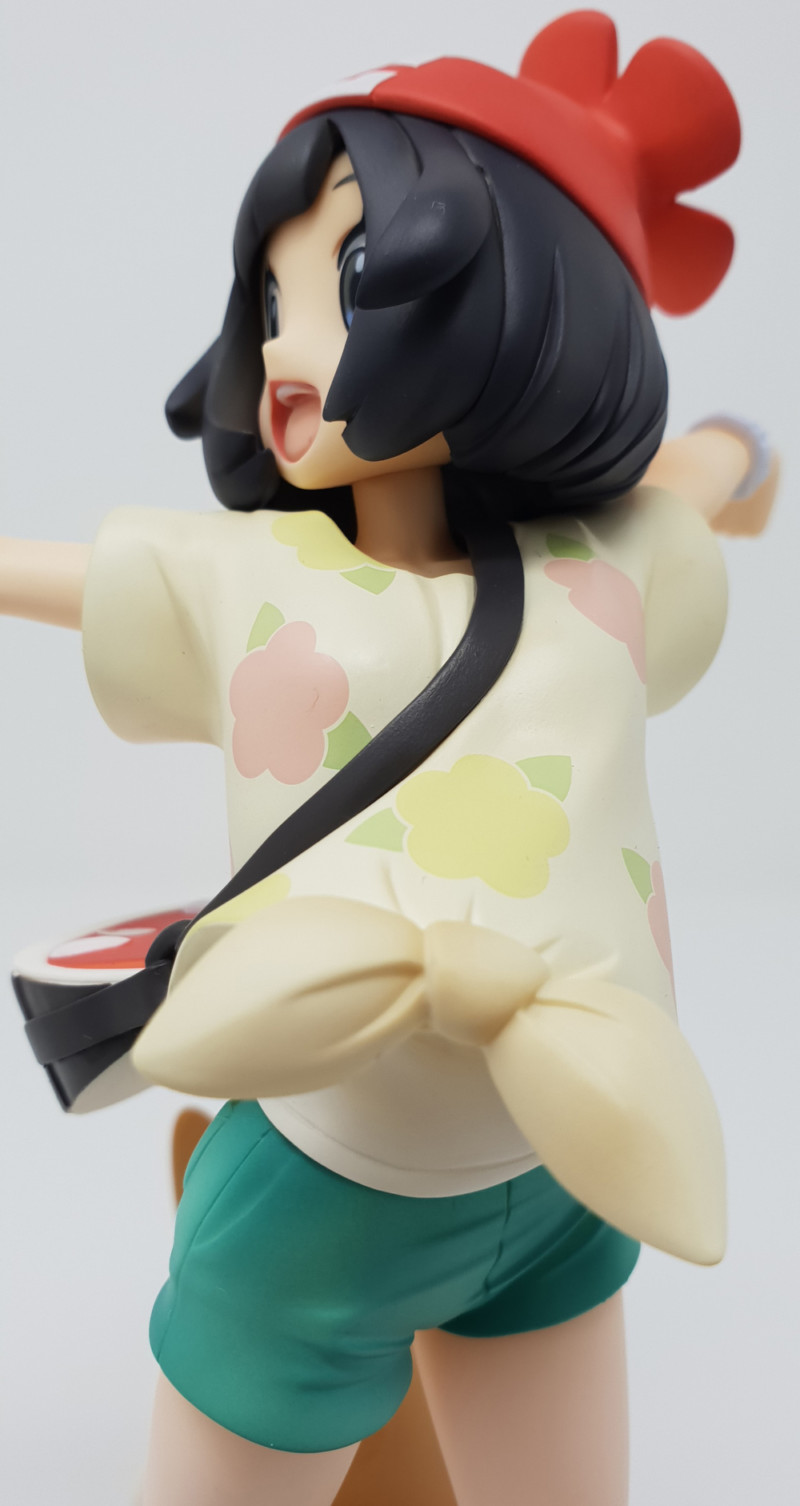 Definitely meeting my exceptions, Selene is completely gorgeous both speaking of sculpt and paint work. I adore the smooth-feeling figures from this series, and I’m completely mesmerized by how well detailed they are. Selene is no exception, with accurate and beautifully painted and sculpted details. 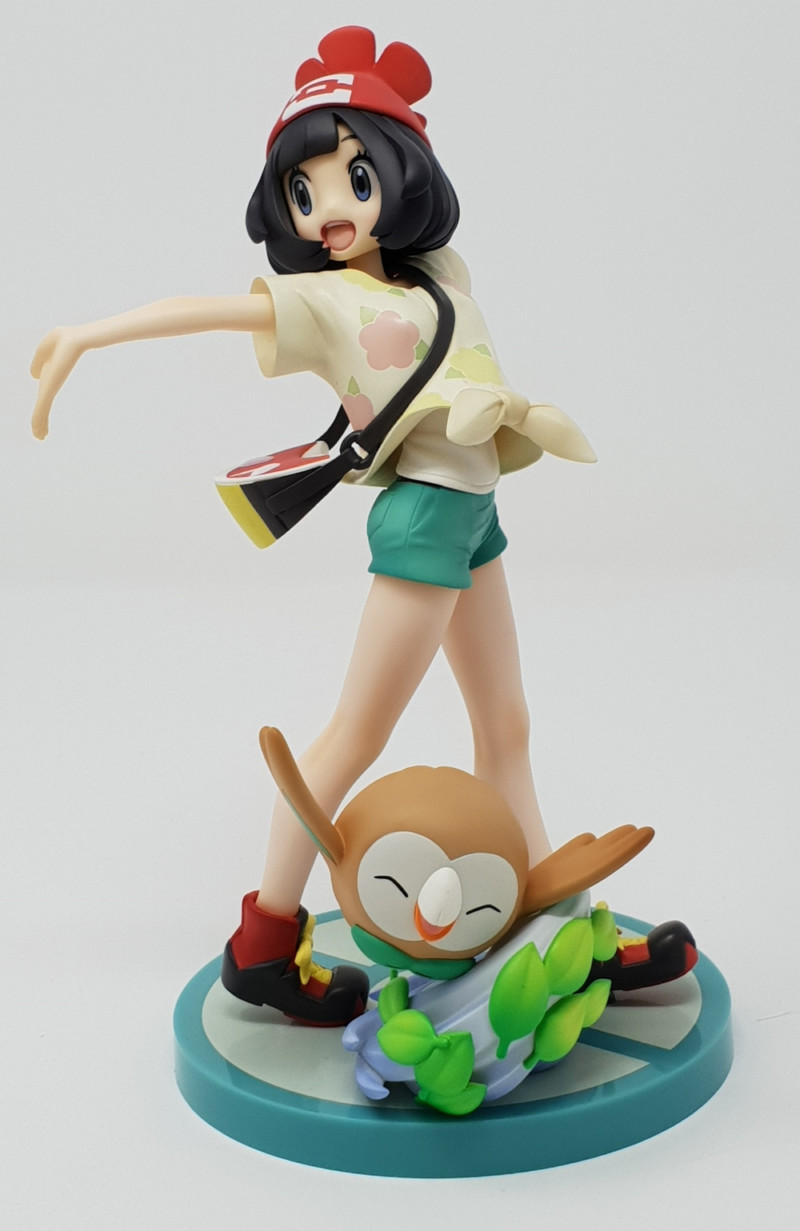 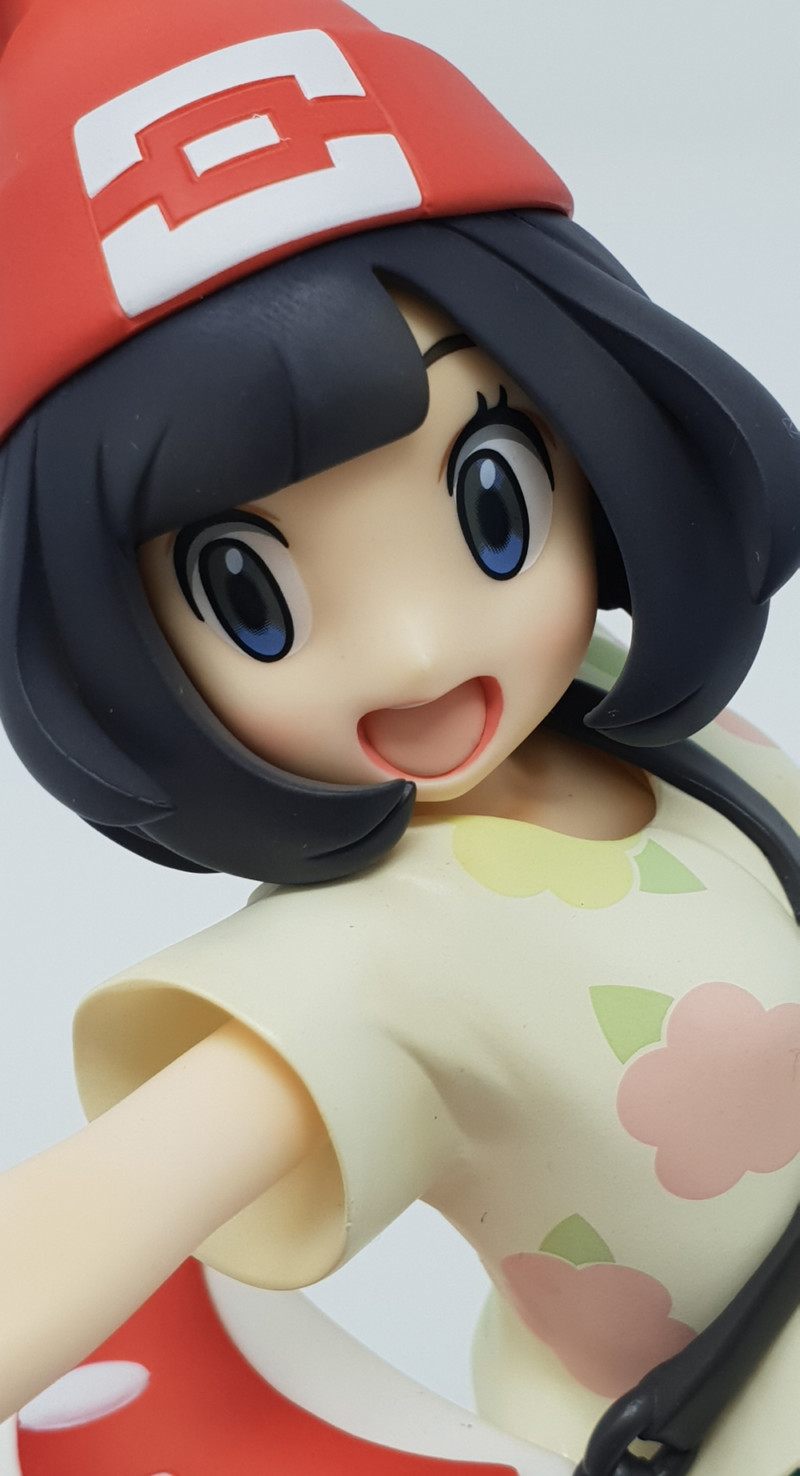 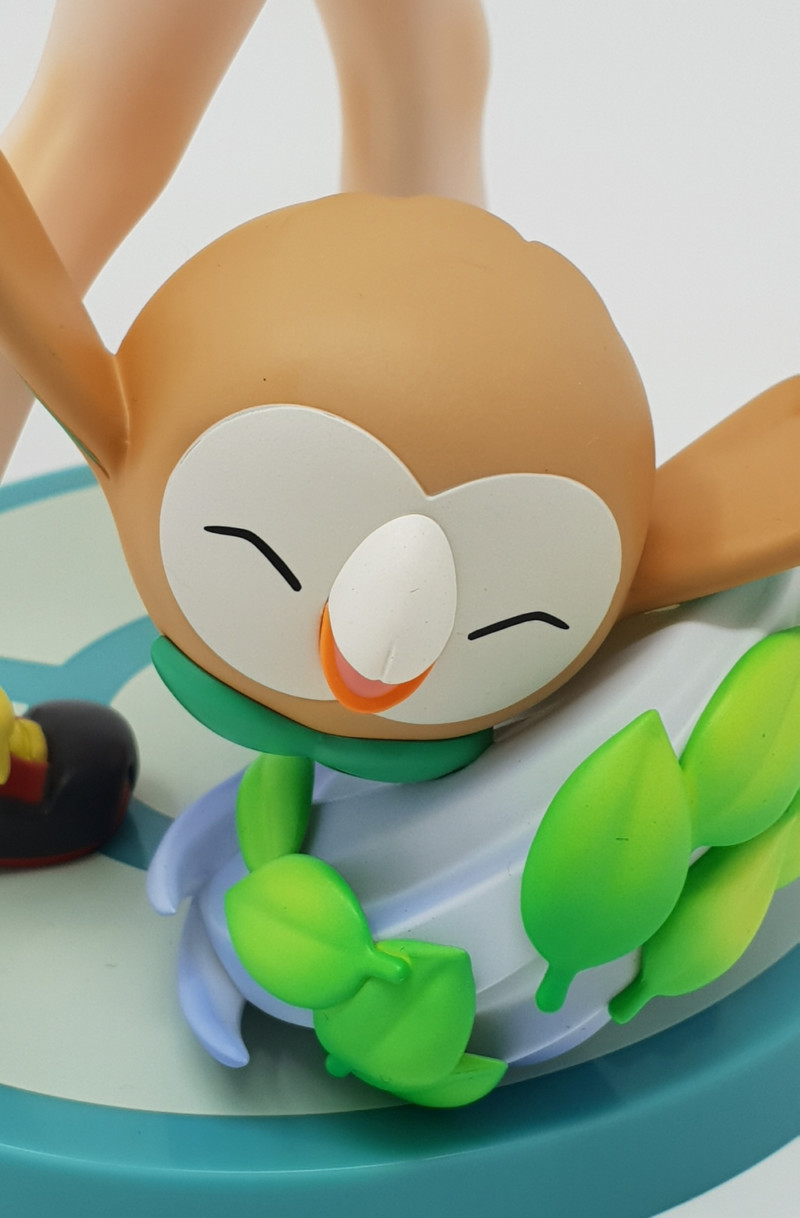 The figure is really faithful to the original artwork, and that’s true for both Selene and Rowlet. Selene’s dynamic pose makes the whole figure more than appreciable when on display, especially with other figures of the same series. 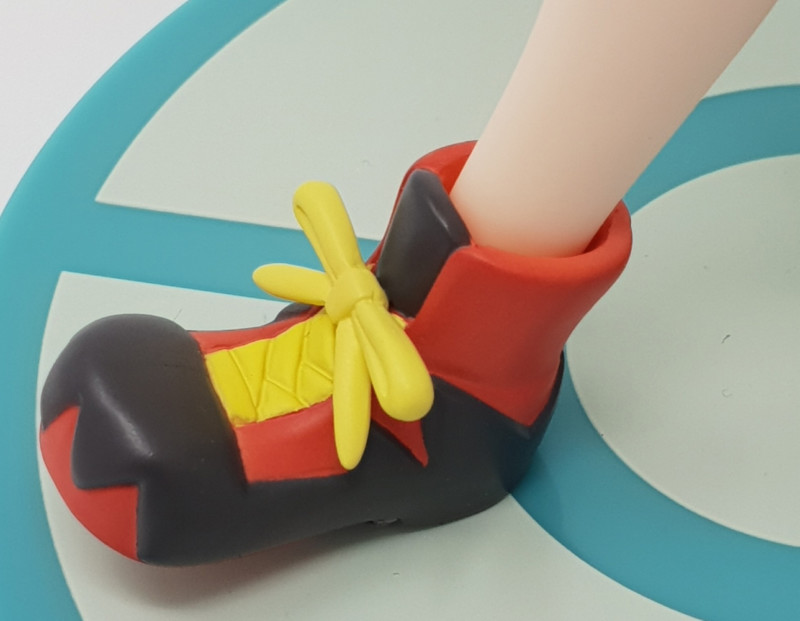 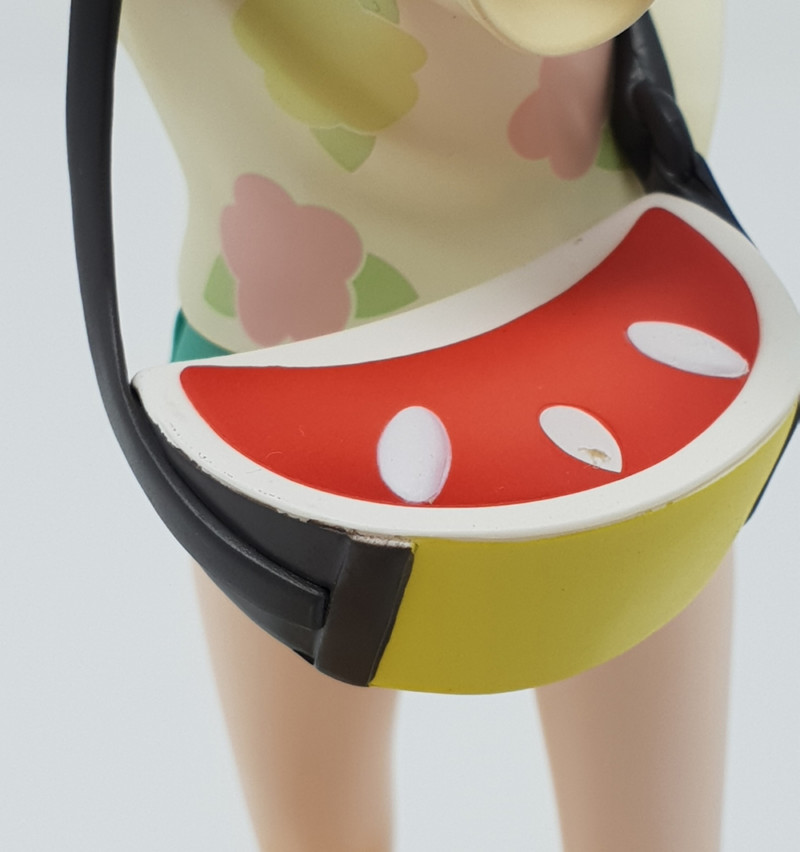 I particularly like Selene’s face, which is so expressive and probably the happiest thing I’ve ever had the luck to see in a figure. I’ve spent quite some time admiring this piece of my collection, and that’s mostly due to the figure’s overall happy and carefree look. If Selene is so happy I risk melting when looking at her, and Rowlet matches the feeling perfectly. The little Pocket Monster is very well sculpted and painted as well, and really faithful to the original art. 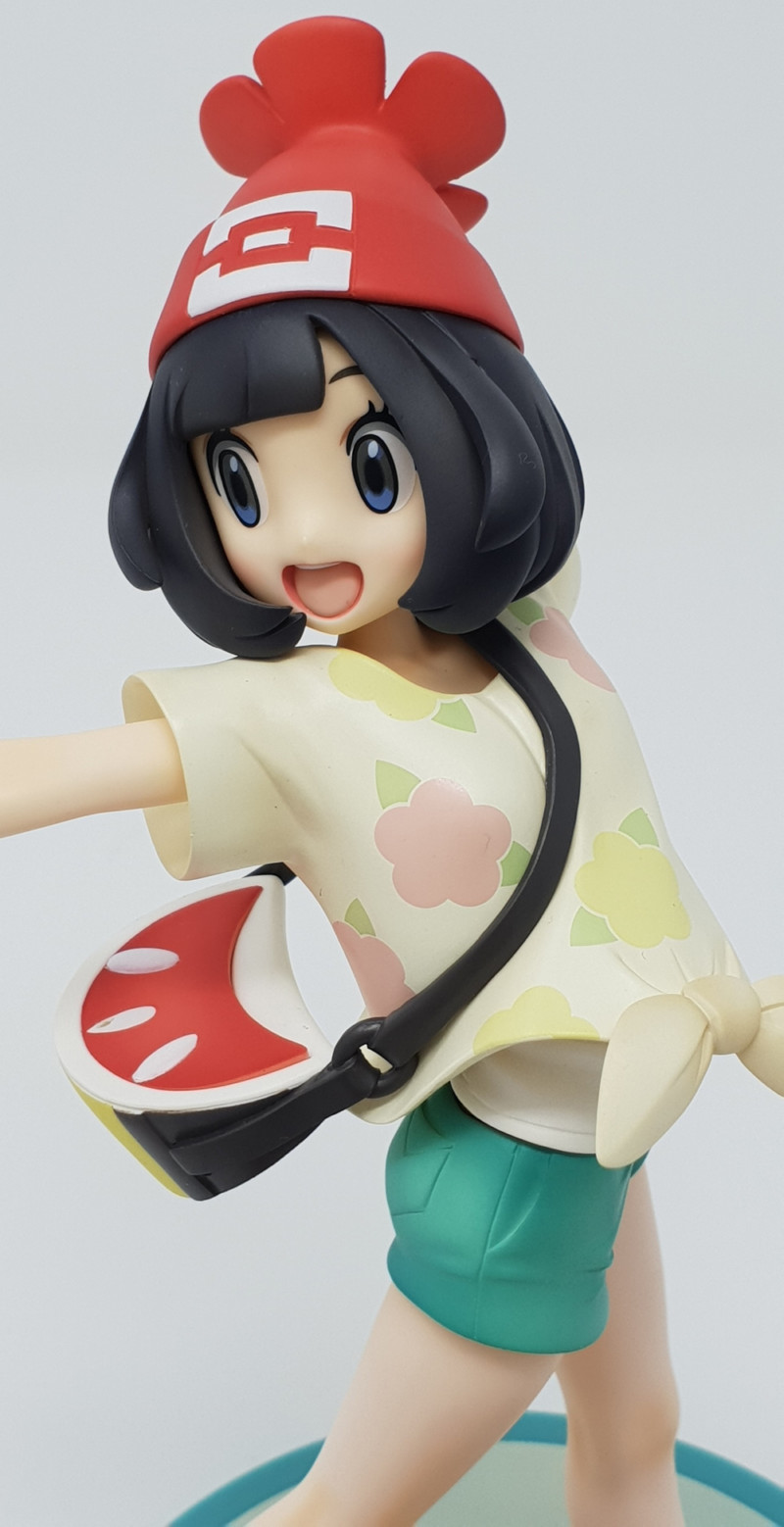 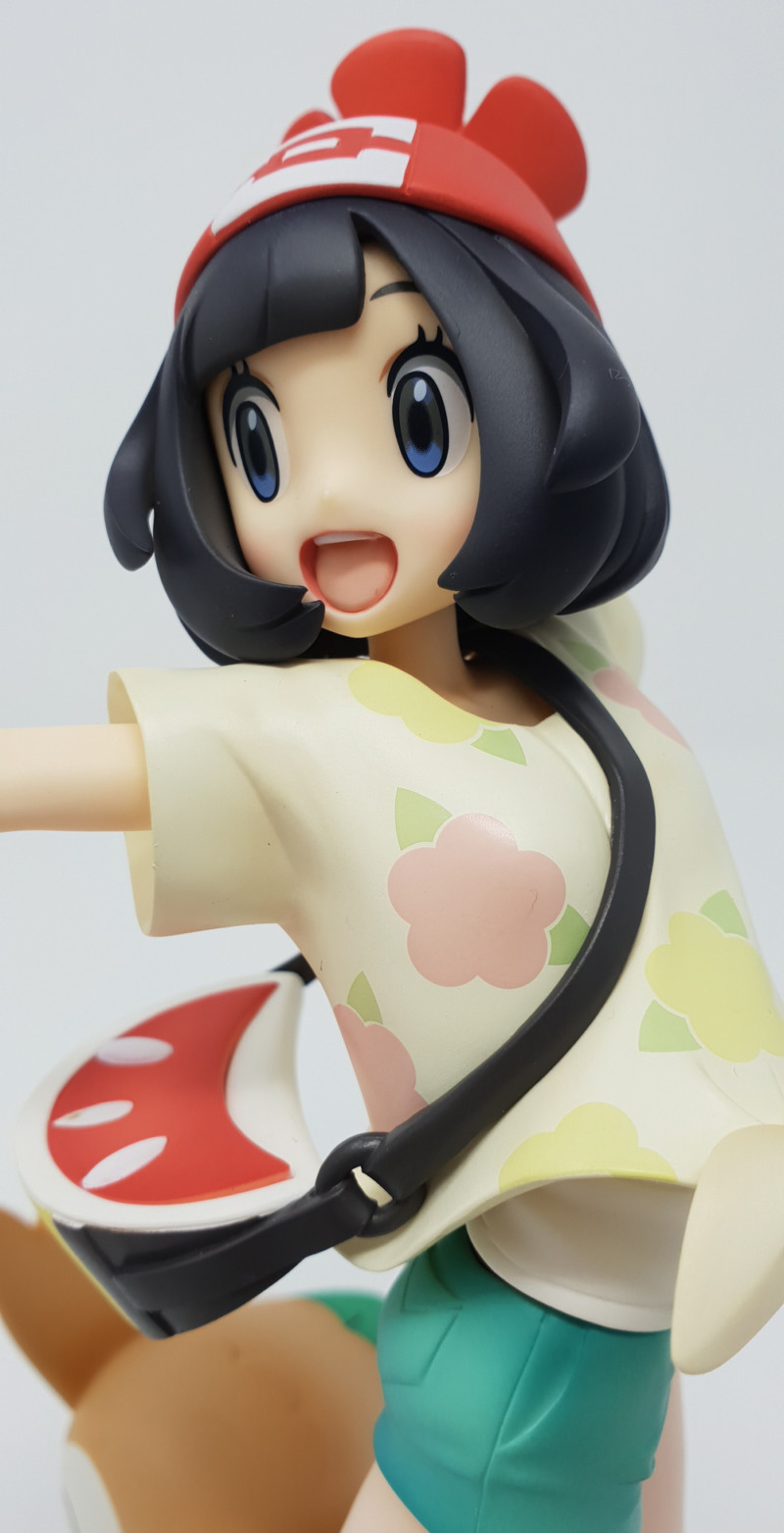 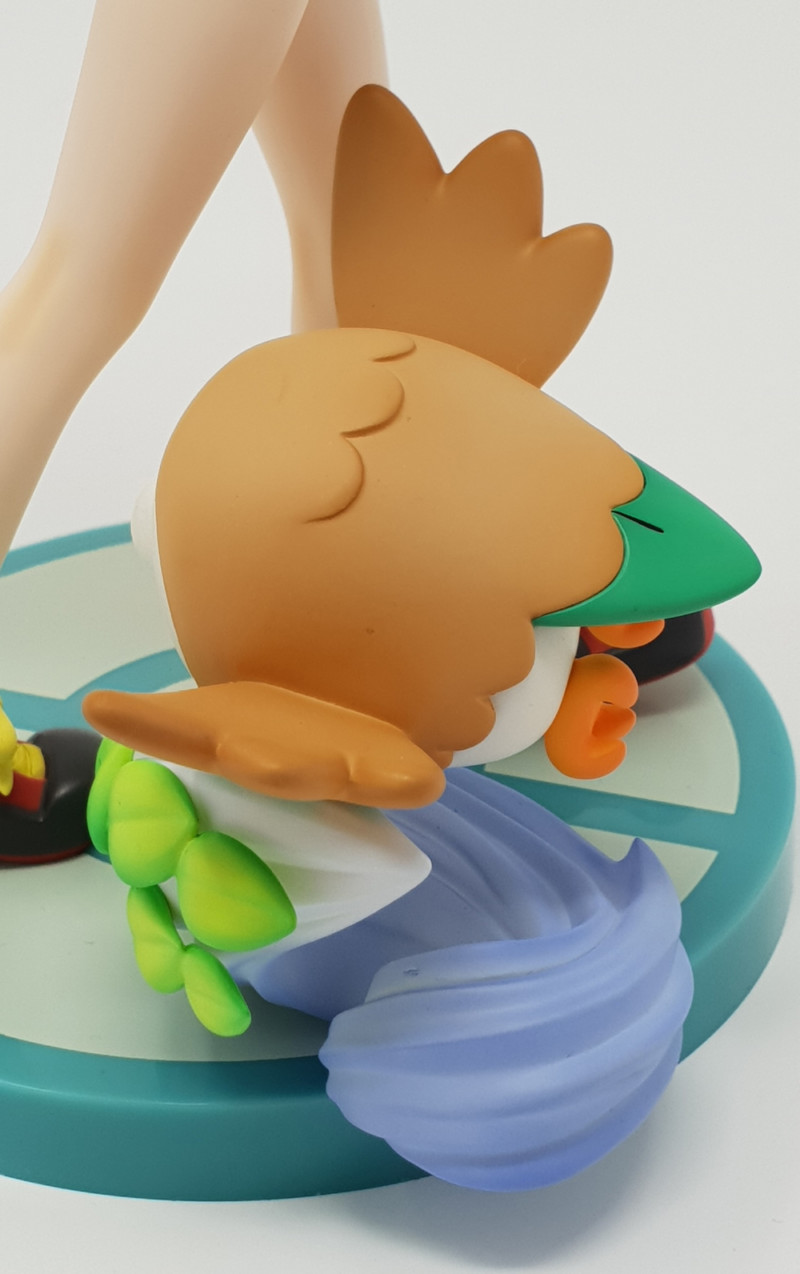 My figure has a little defect, if I can call it that: Selene’s bag has a little scratch on the white part, which is quite visible since that particular part of the bag is painted on a much darker color. This is nothing that ruins the figure, but of course one can easily notice it. 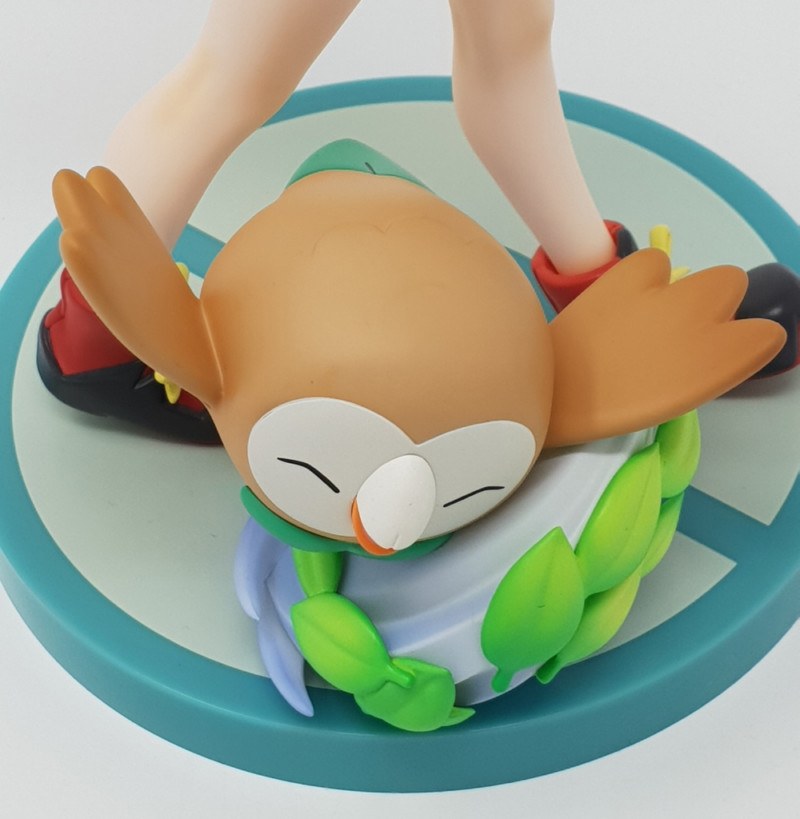 Little issues aside, I really think that this figure is really worth every single yen it costs, and in my opinion Kotobukiya’s figures from this collection might as well be considered under priced if compared to what one gets. This is yet another figure I wouldn’t miss for any reason, and that I would totally recommend to every single Pokémon fan, but also to everyone who appreciates well-executed and cute figures.

Moon with Rowlet by Kotobukiya at HobbyLink Japan