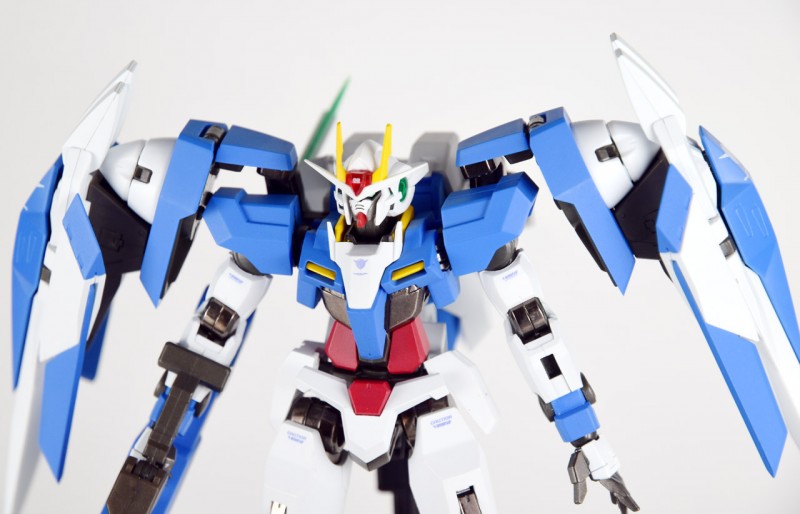 Following the unboxing, here is the review for the Metal Robot Damashii 00 Raiser from Gundam 00. Considering that this year marks the 10th anniversary of the series, this is an excellent way to commemorate that.

While I briefly touched on the Metal Build line in the unboxing, it’s worth going into more detail here. The Metal Build range is effectively one of 1/100 scale chogokin Gundam toys. With large amounts of diecast in their construction, they are the Gundam equivalent of Soul of Chogokin toys. However, they also have a unique sleek styling and high end detailing as well.

Back in 2013 Bandai released an updated Metal Build 00 Raiser via its webshop and that is to this day probably the best incarnation of the design in toy form. However, this new Metal Robot Damashii version is less stylized and more inline with how the design appears in the anime, and is also more compact in terms of size.

In any case, due to the prior release of the Metal Build 00 Raiser, I will use that in part for a basis of comparison with this newer Metal Robot Damashii release. 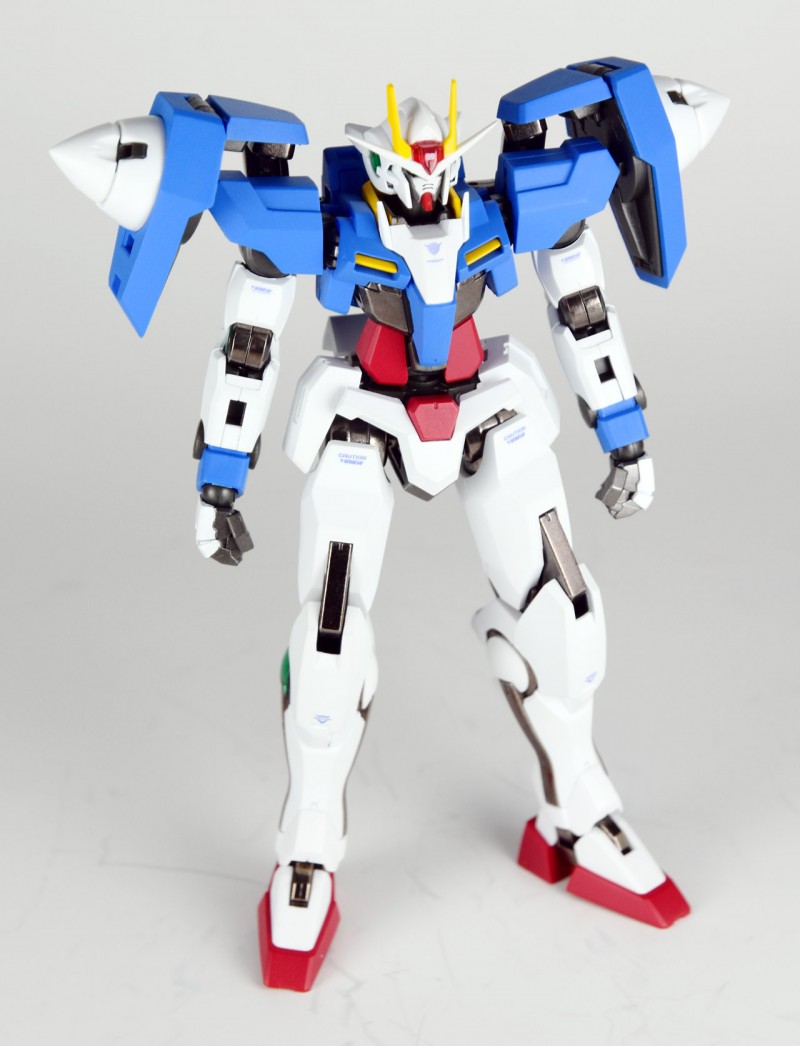 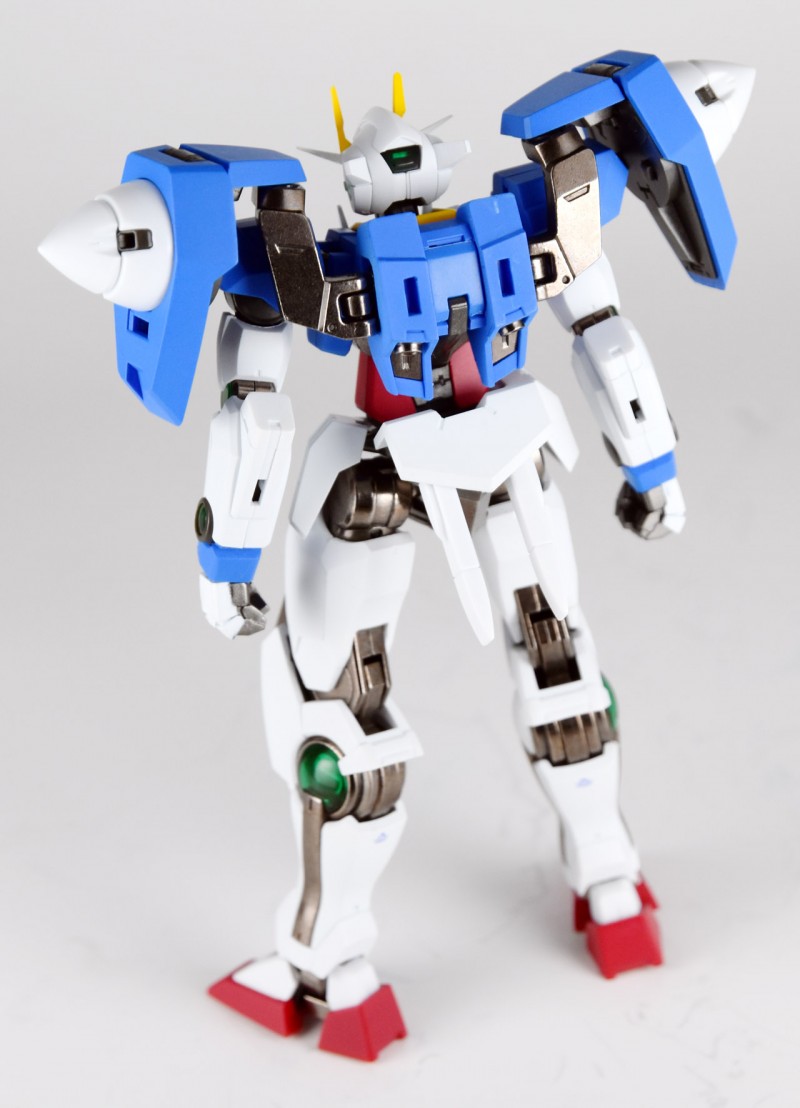 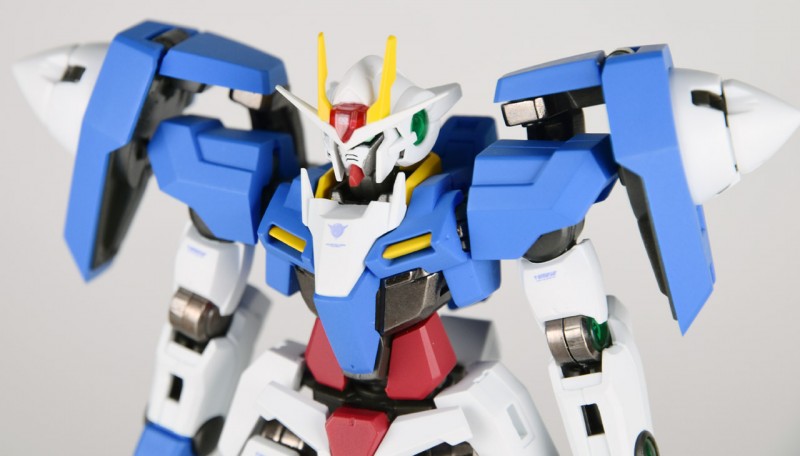 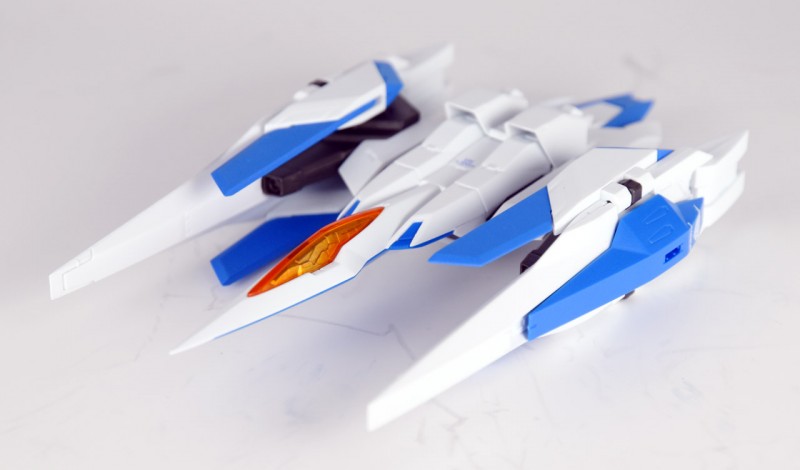 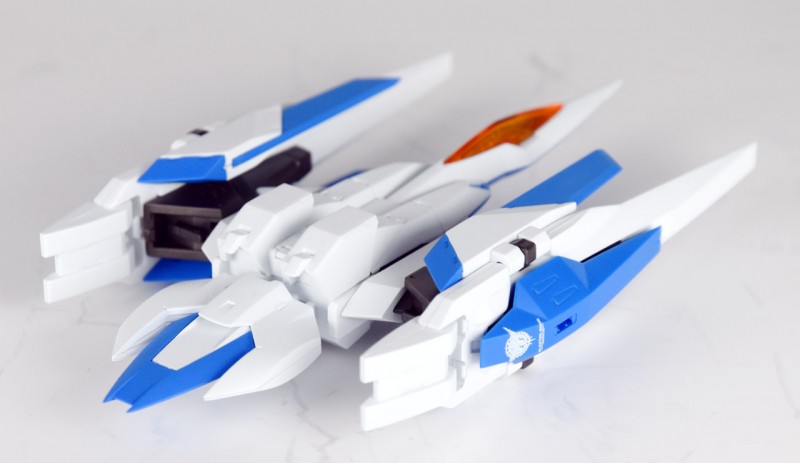 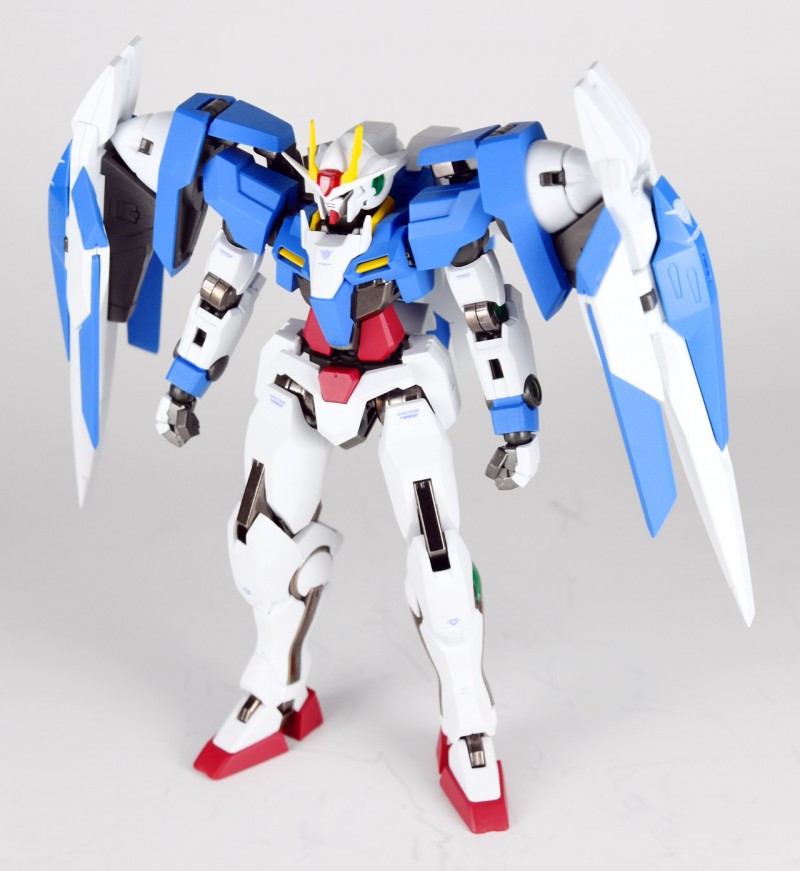 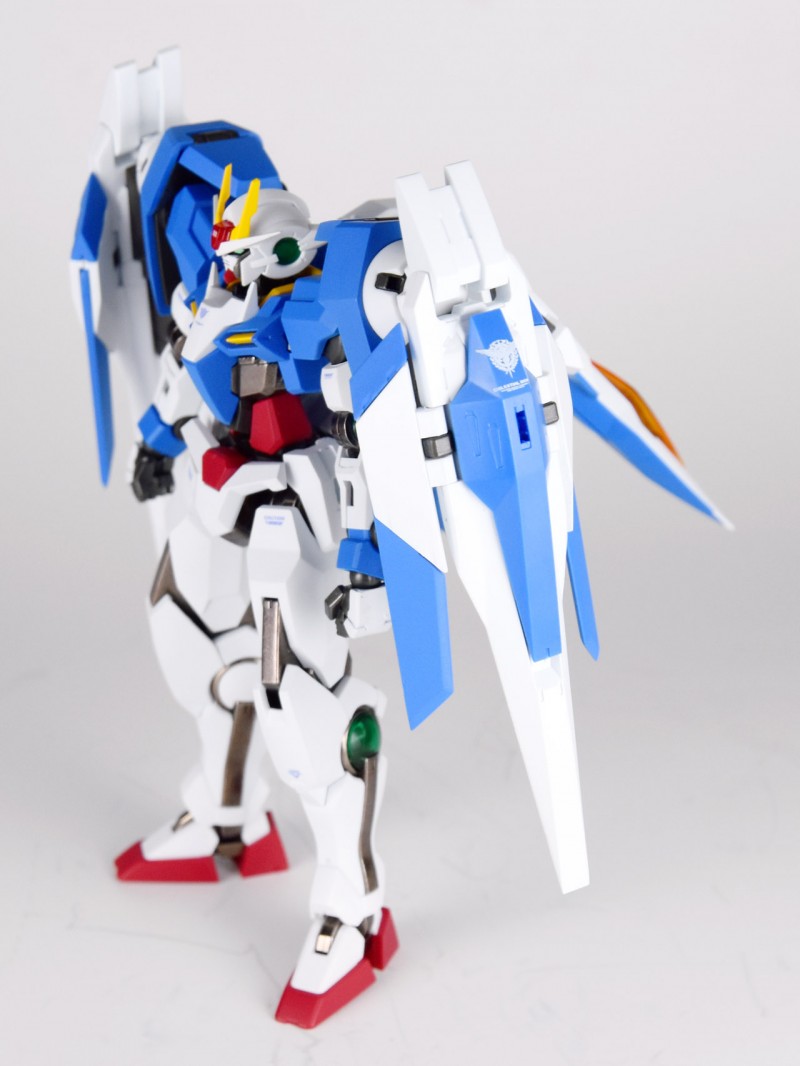 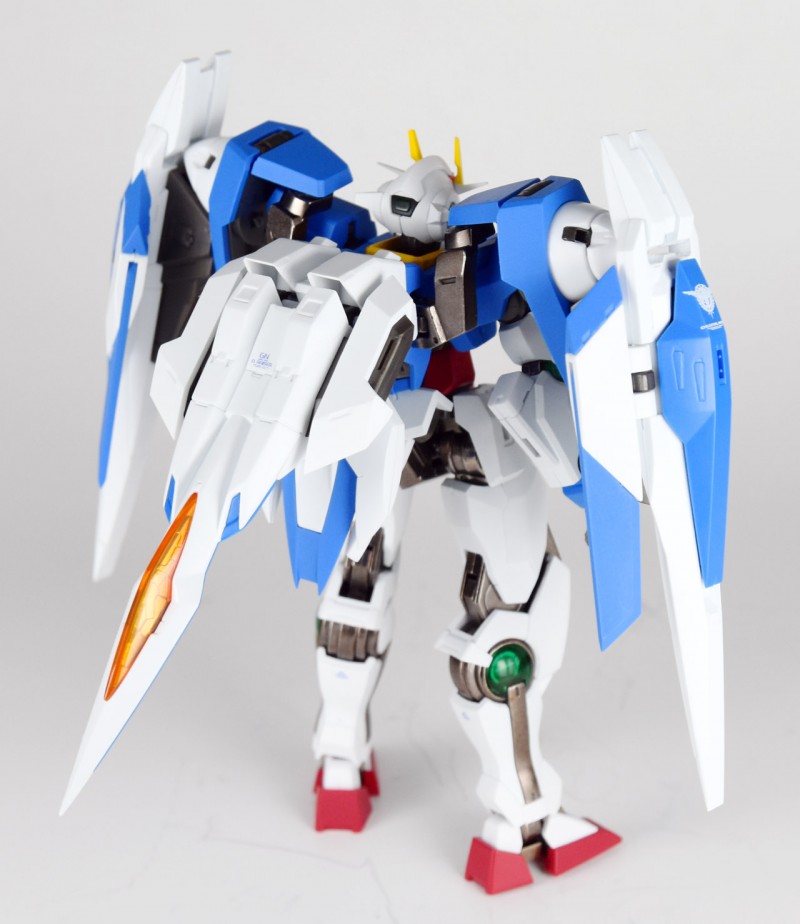 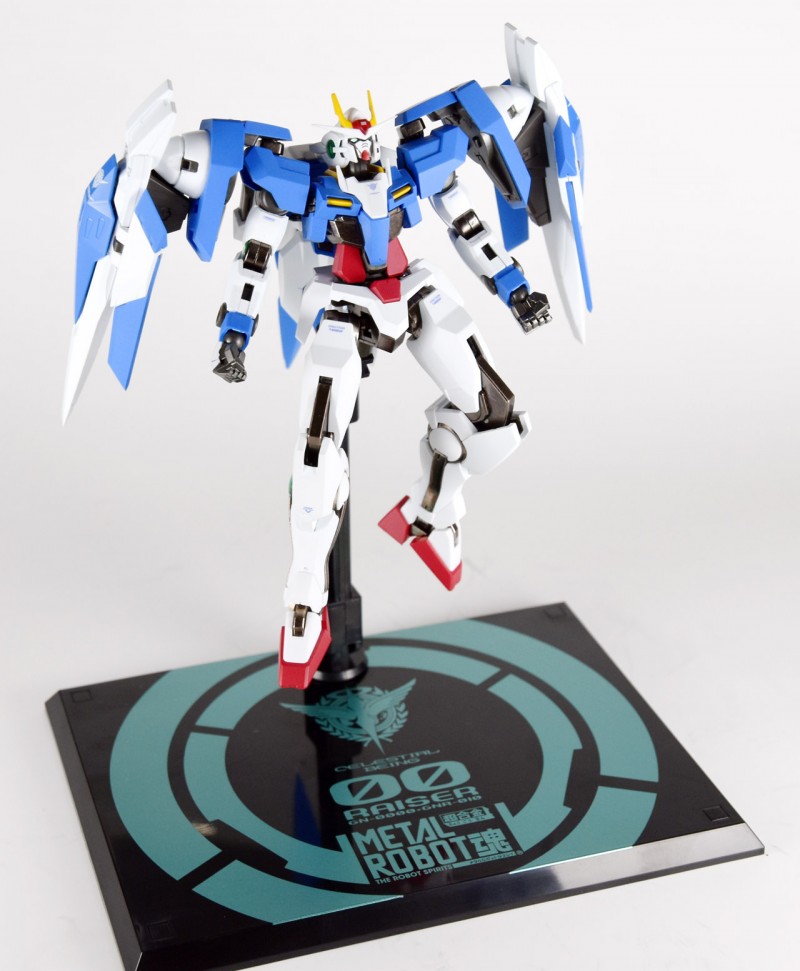 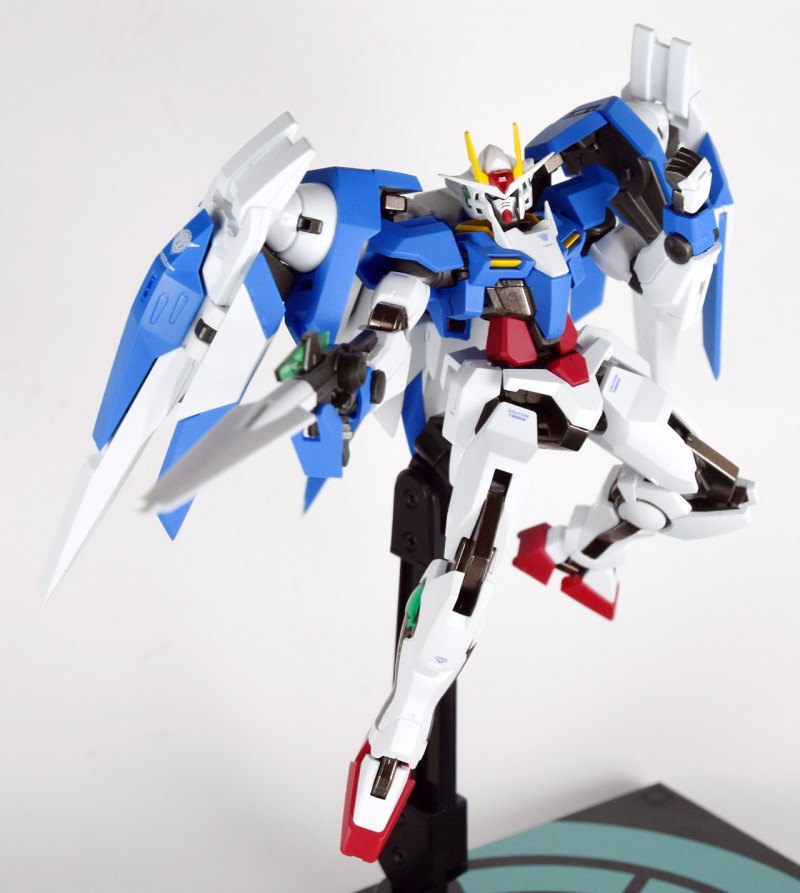 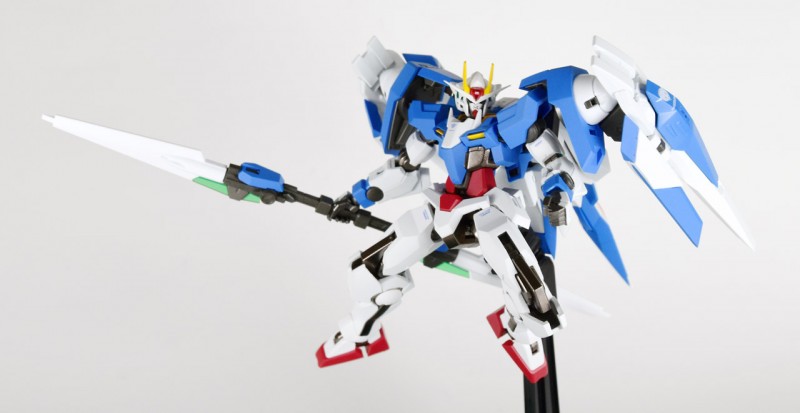 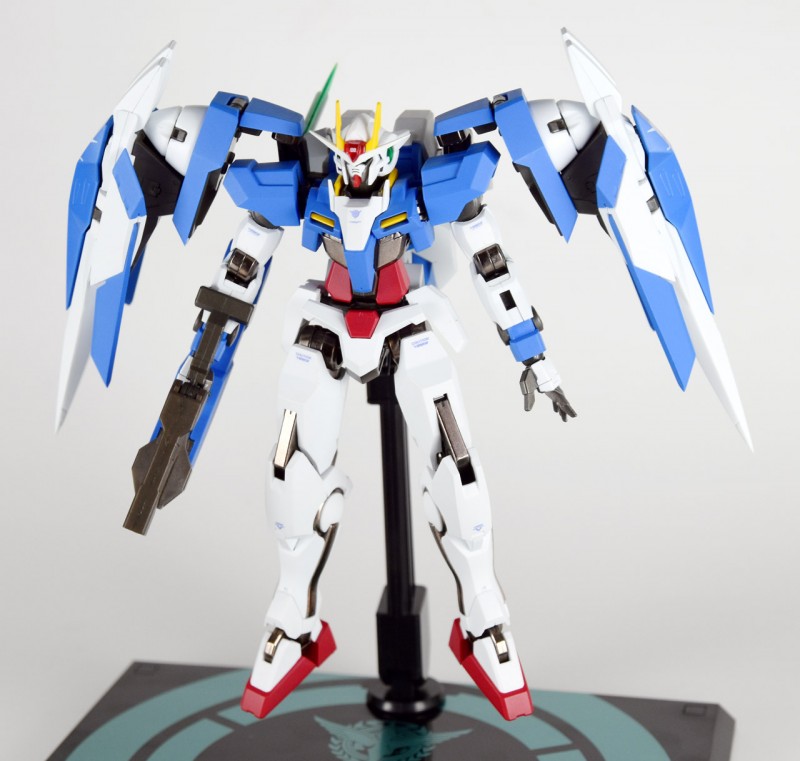 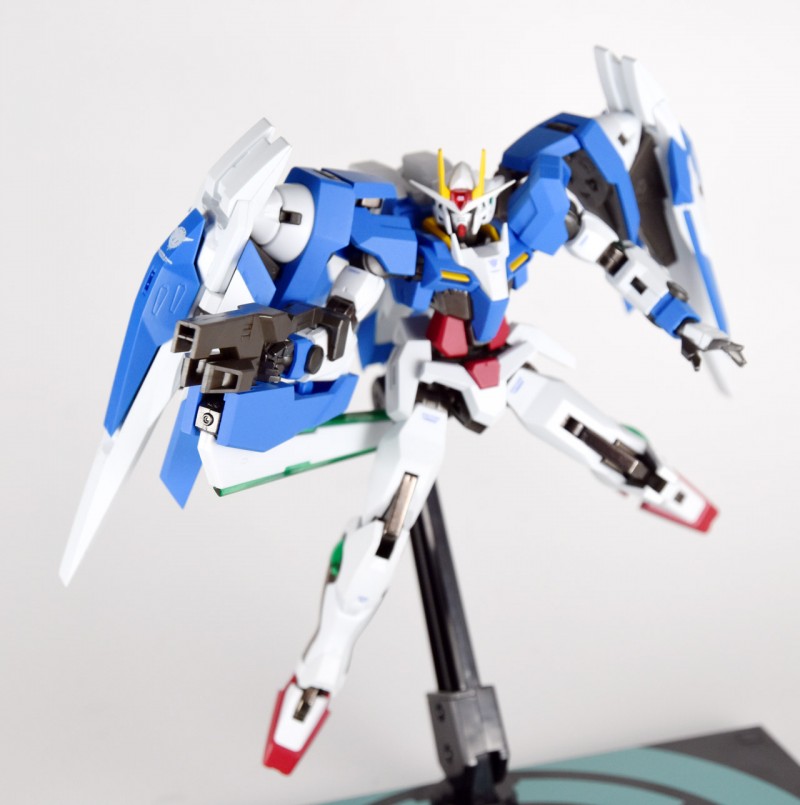 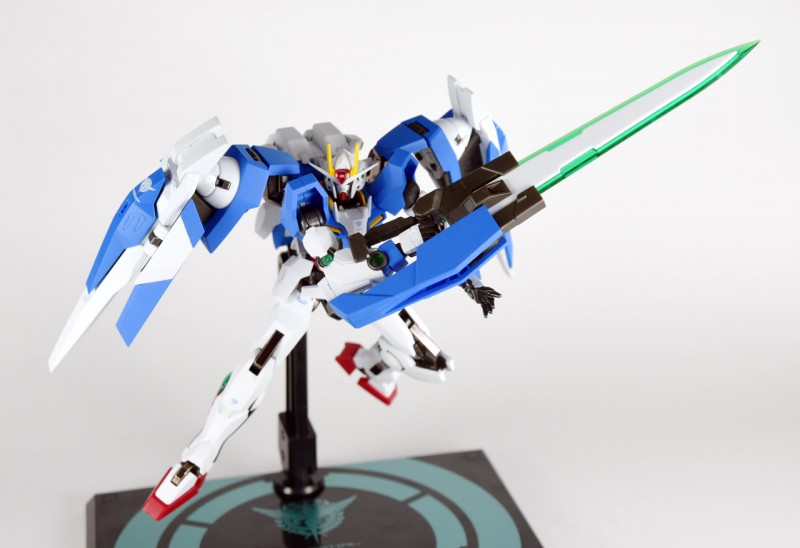 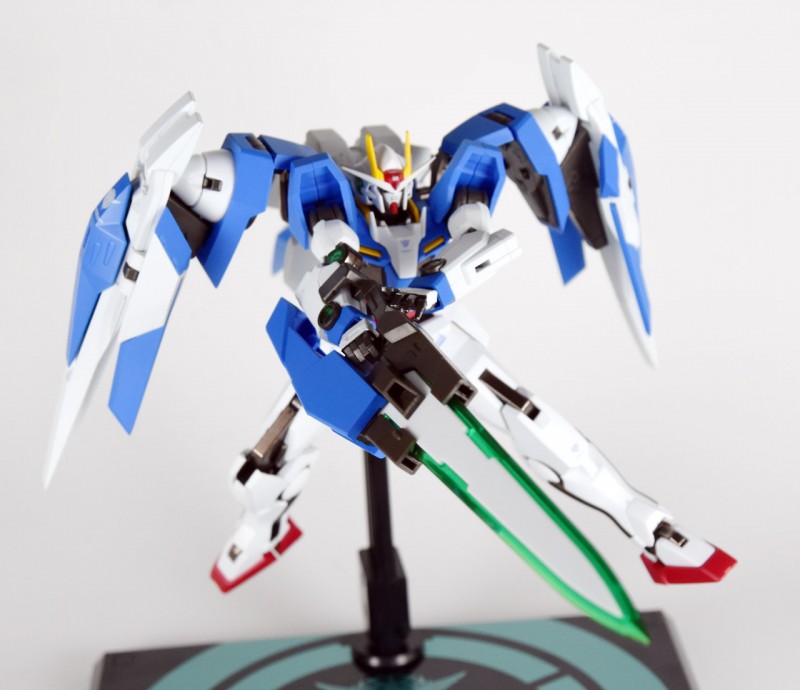 First off, this is a very comprehensive set. You get all the weapons the 00 Raiser uses, as well as effect parts, various hands and a very sturdy stand. You also get separate toys of both the 00 Gundam and 0 Raiser.

Compared to the original 2008 Robot Damashii release, this new Metal Robot Damashii 00 Raiser is reworked quite a bit. Somewhat bigger, the diecast takes up most of the joints in the legs, arms, and twin drive system. The 0 Raiser has also been updated but is still mostly plastic by comparison.

The detailing and sculpt is on the whole very sleek and minimalistic. There are some decals on the toy but there are fairly sparse, though very fine in terms of execution.

The big omissions compared to the Metal Build 00 Raiser are the parts for the GN condensers and 0 Raiser cockpit cover, not to mention more complex articulation in certain parts.

The truth here though is that most of the new 0 Gundam toy is diecast and very thoroughly articulated for a figure of this size. The 0 Raiser parts are also affixed simply enough and the GN drives are ratcheted so you can fix the orientation of the “wings” for posing.

Despite the amount of diecast used here, the stand is also more than capable of supporting the figure and you can get a wide array of poses out of it.

While I still rate the Metal Build 00 Raiser very highly, this version of the design is something that is almost as good as a toy I can play with more freely. In terms of accuracy to the anime though, the Metal Robot Damashii 00 Raiser definitely wins out here.

It’s taken almost a decade to get to a toy like this but we now have a widely-available and reasonably-priced 00 Raiser toy with all the trimmings — and it is full of diecast to boot. In summation, fans of Gundam 00 definitely need this toy in their life and I hope Bandai extends the Metal Robot Damashii toy line to encompass more designs from the series and follow on movie.