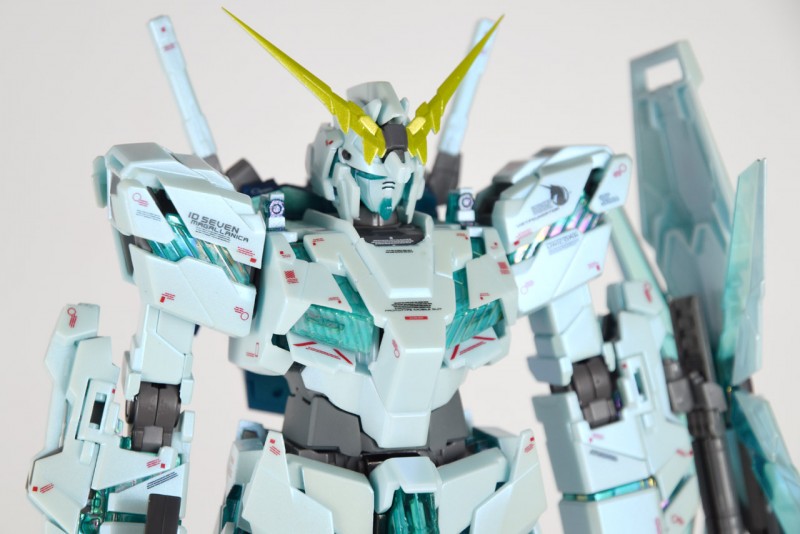 Following the unboxing, here is the review for the new Metal Composite Unicorn Gundam from Gundam Unicorn. While this is an updated re-release of a prior set of toys, this is still a magnificent piece.

To give a bit of context to this new Metal Composite Unicorn Gundam toy, you need to understand that this is third release of this figure. The original version used the standard pink colored psycho frame, which I reviewed a good while back when it was released, and that was then followed up Awakened version with a green colored psycho frame. This version of the Unicorn Gundam comes from the end of the anime and has a new overall color scheme as well as extra accessories.

In short, if you want to get the ultimate Unicorn Gundam toy, then this has definitely got you covered. 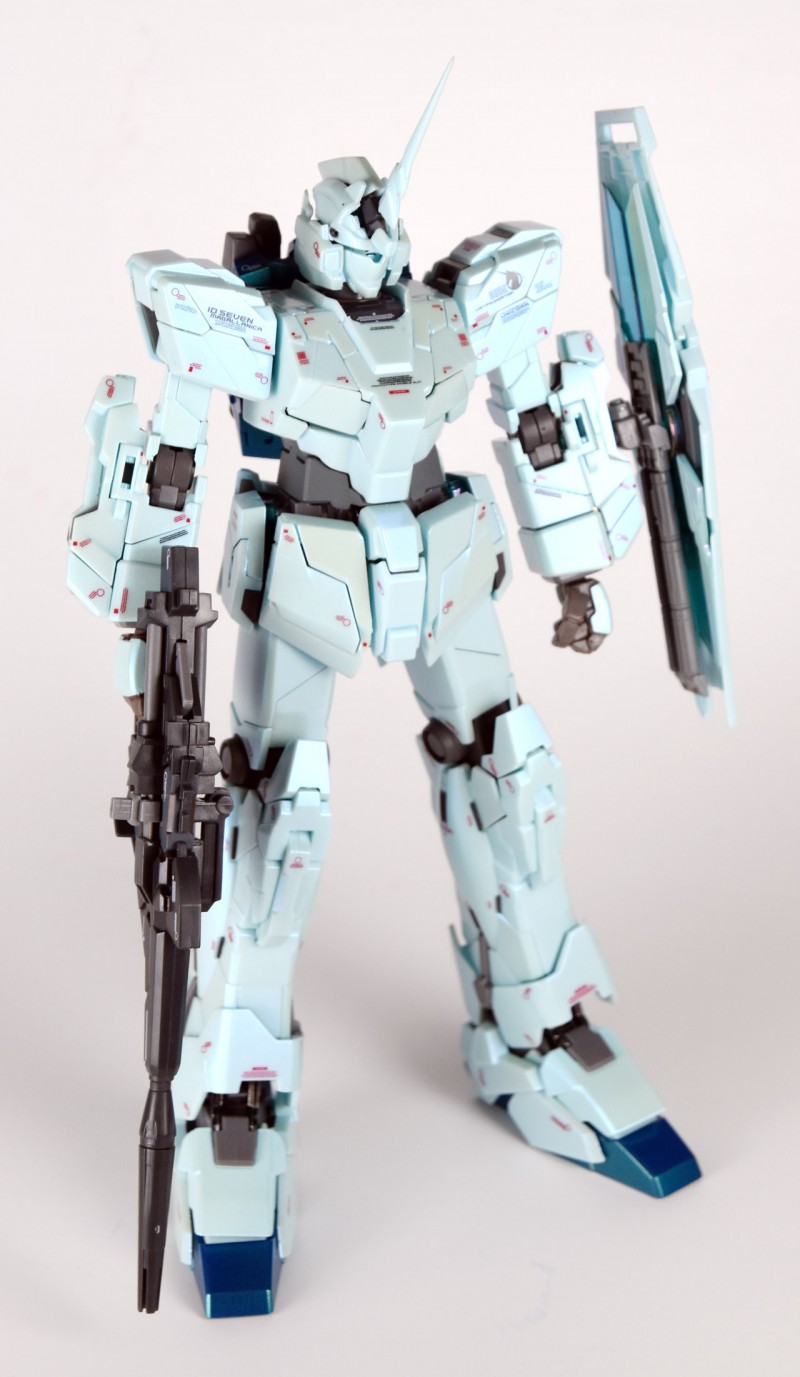 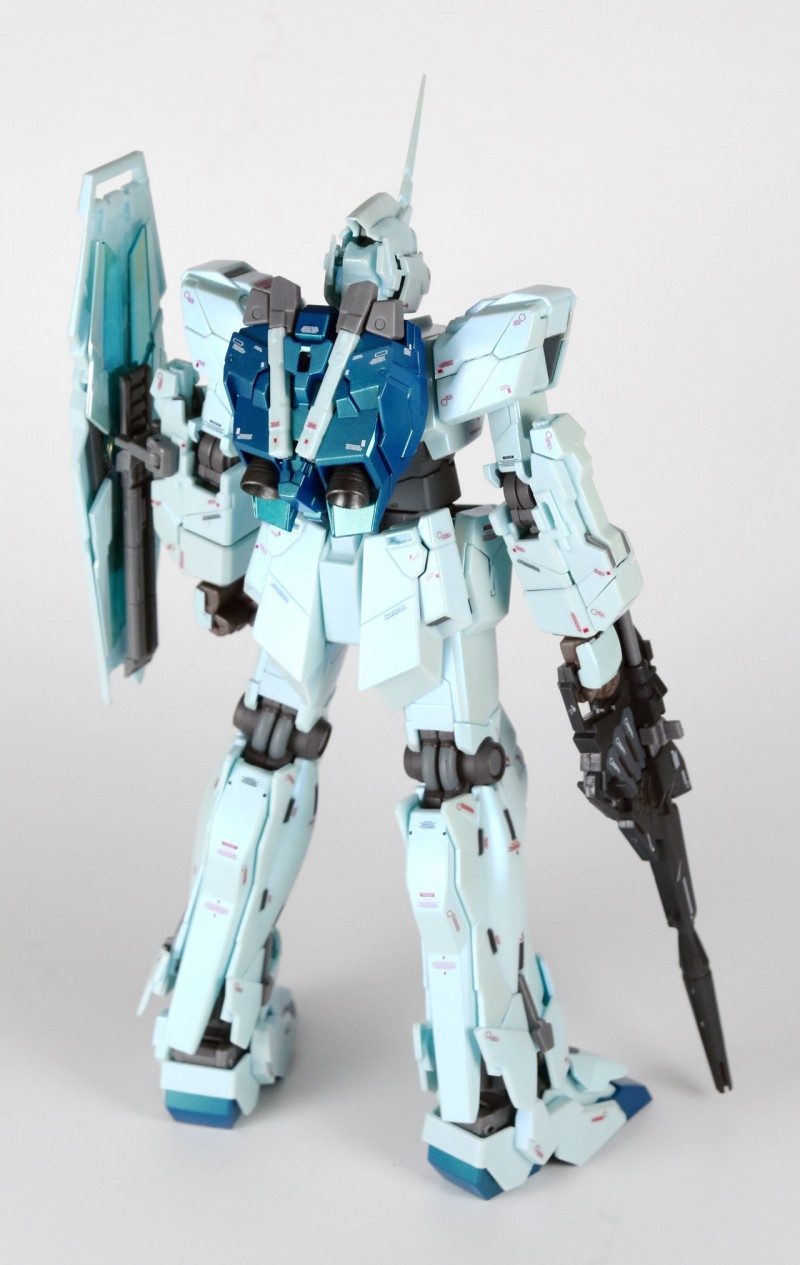 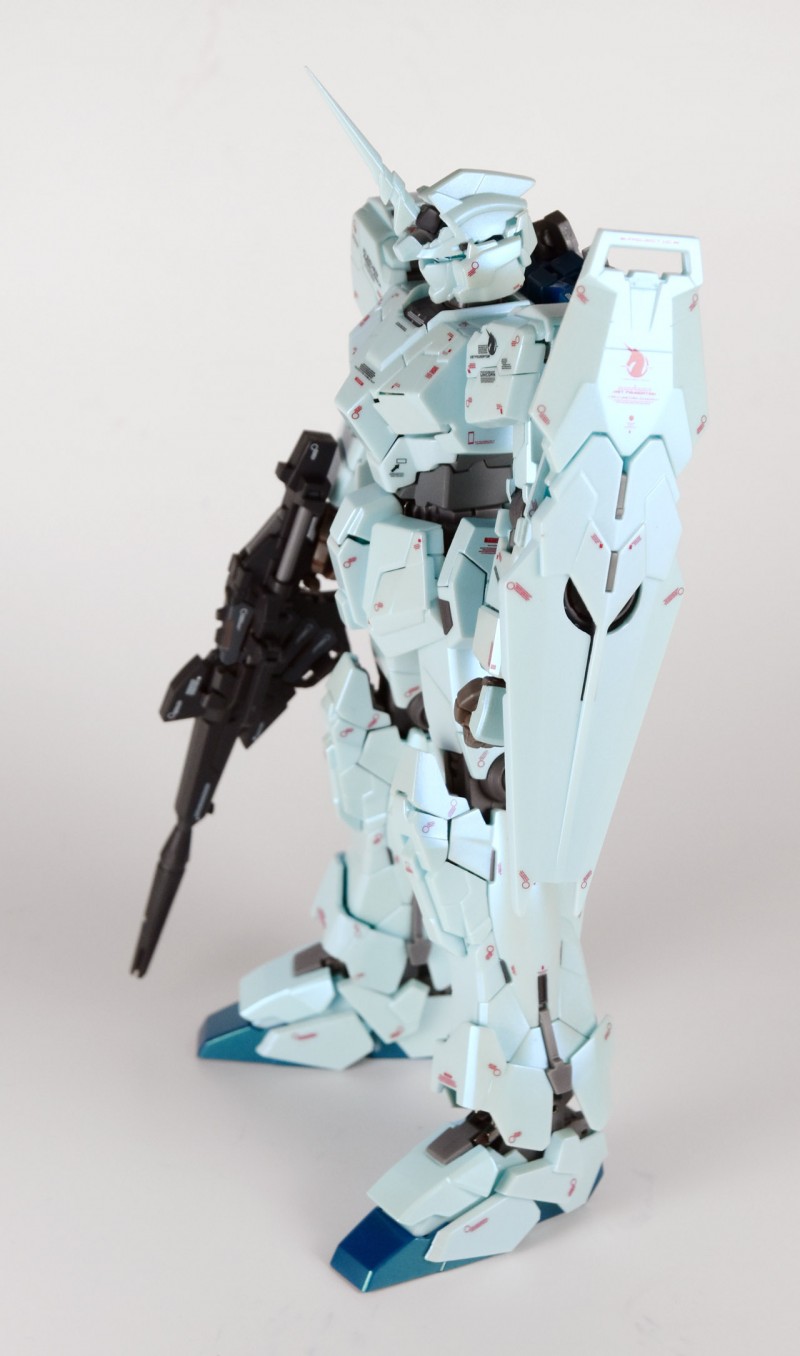 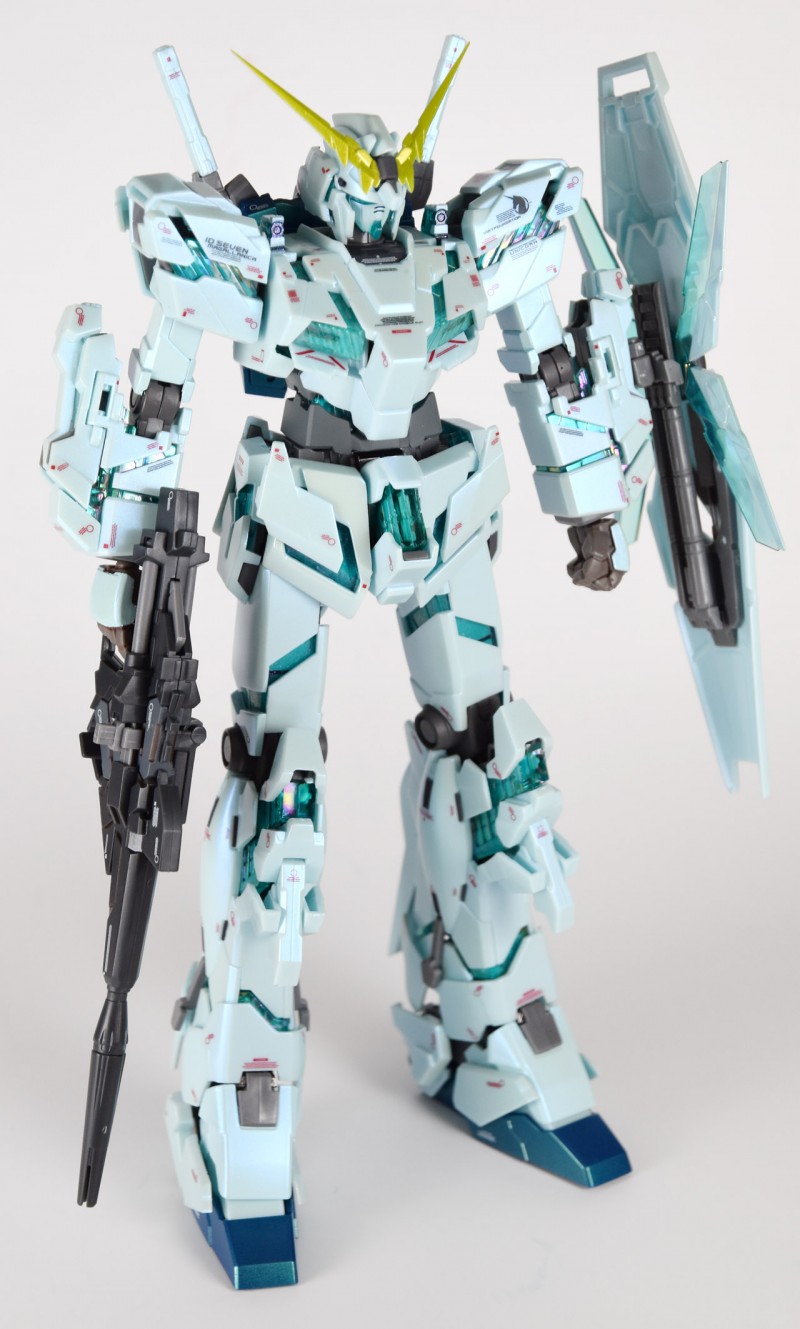 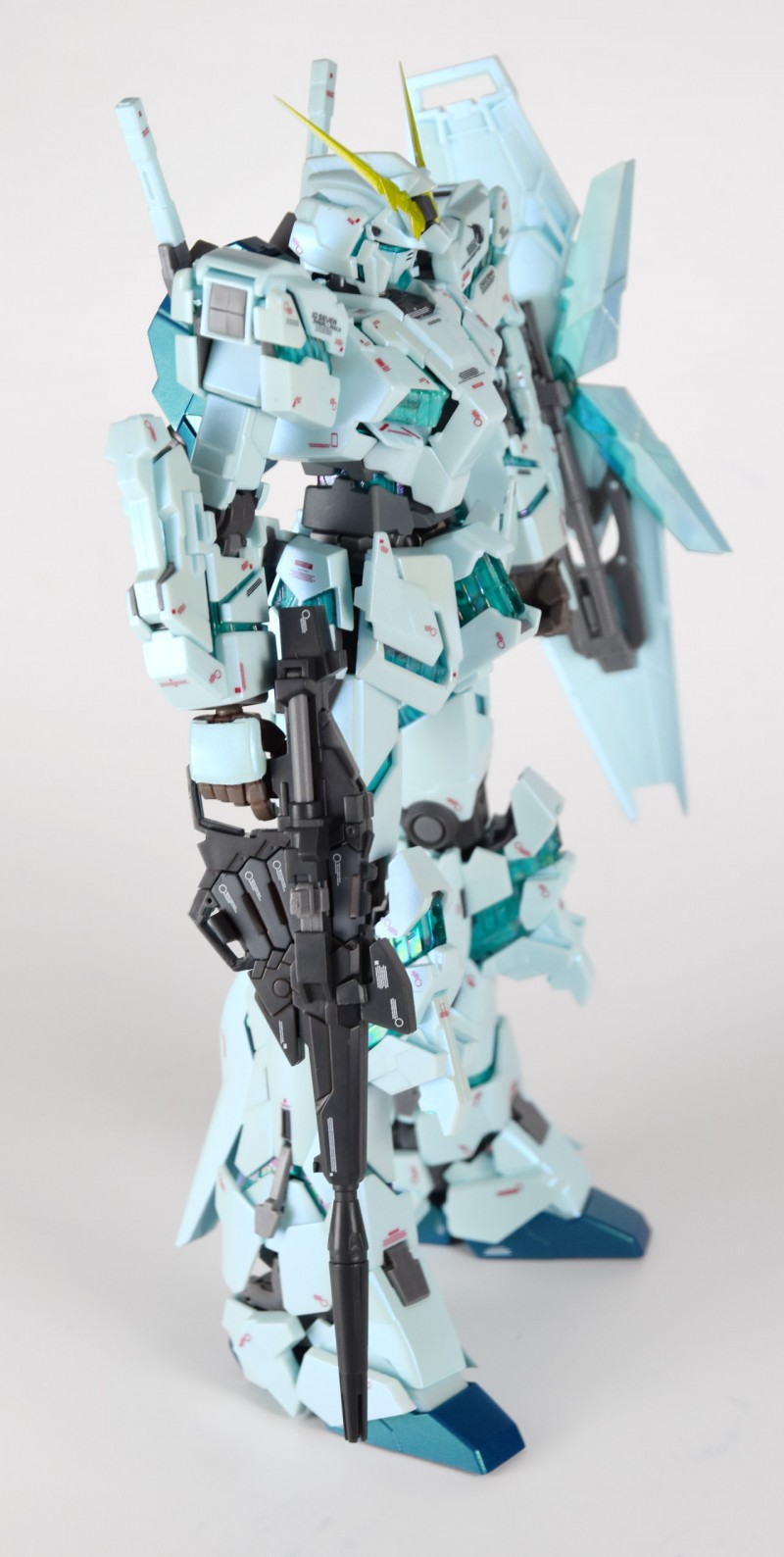 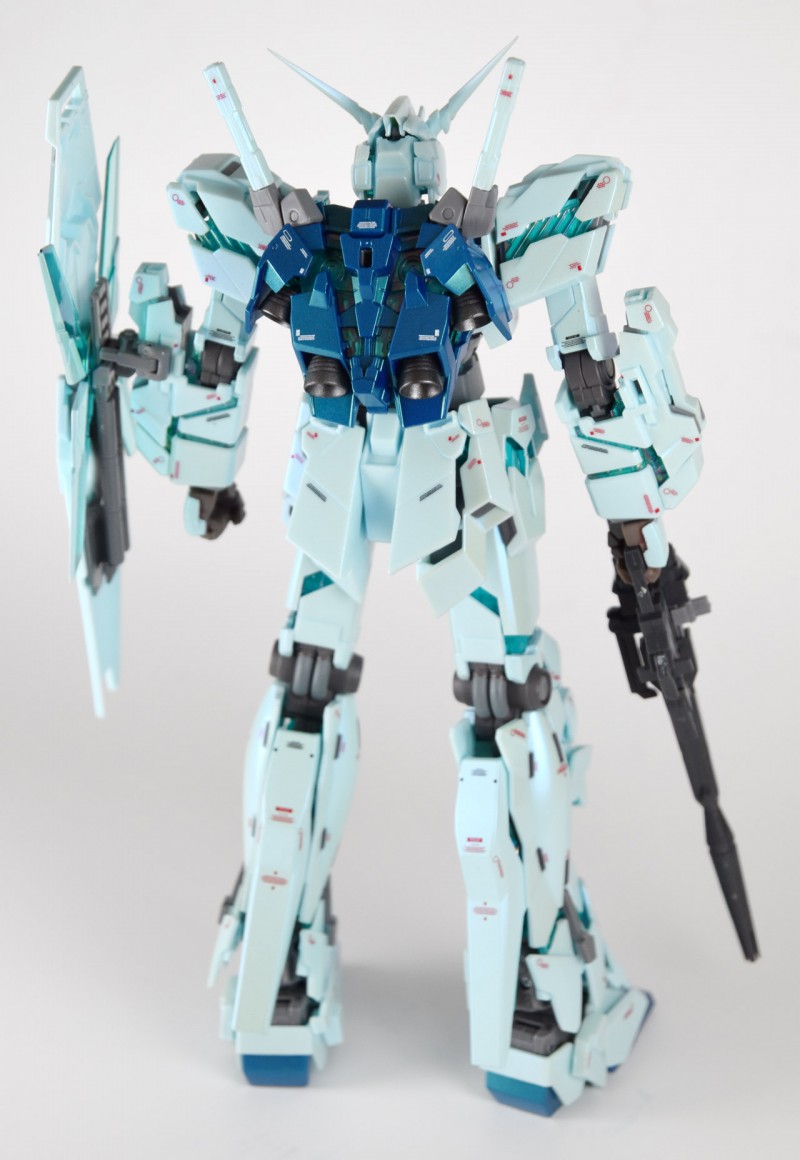 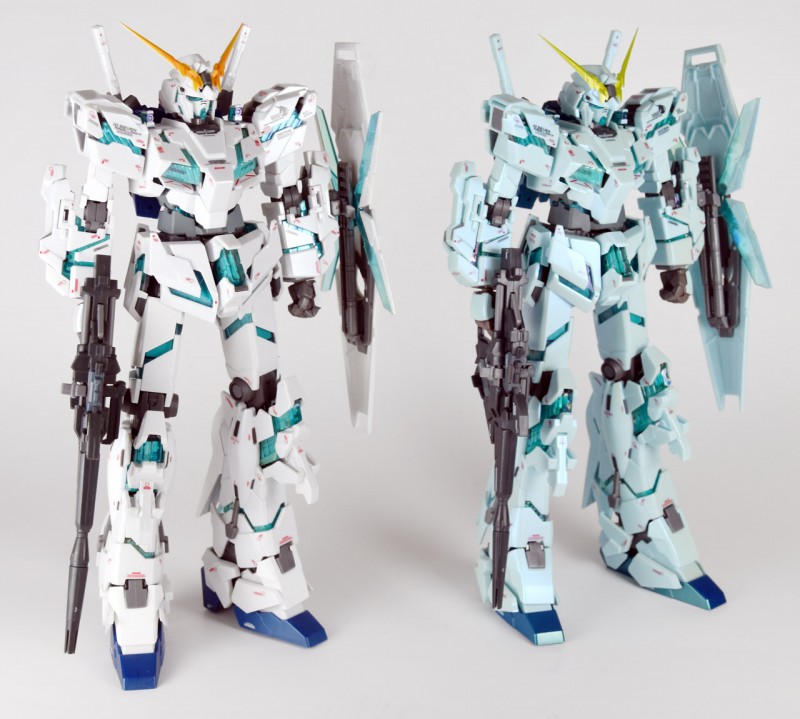 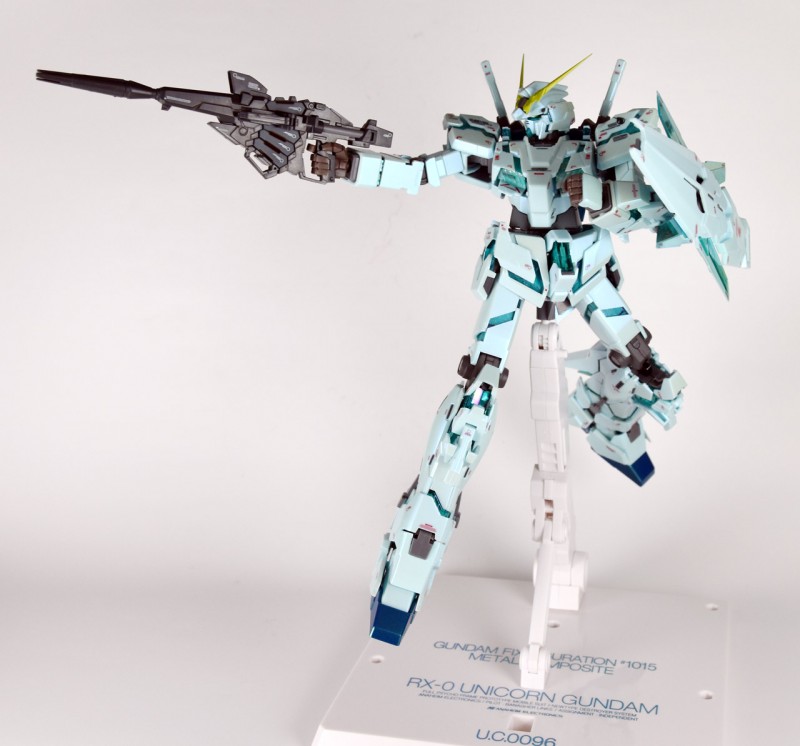 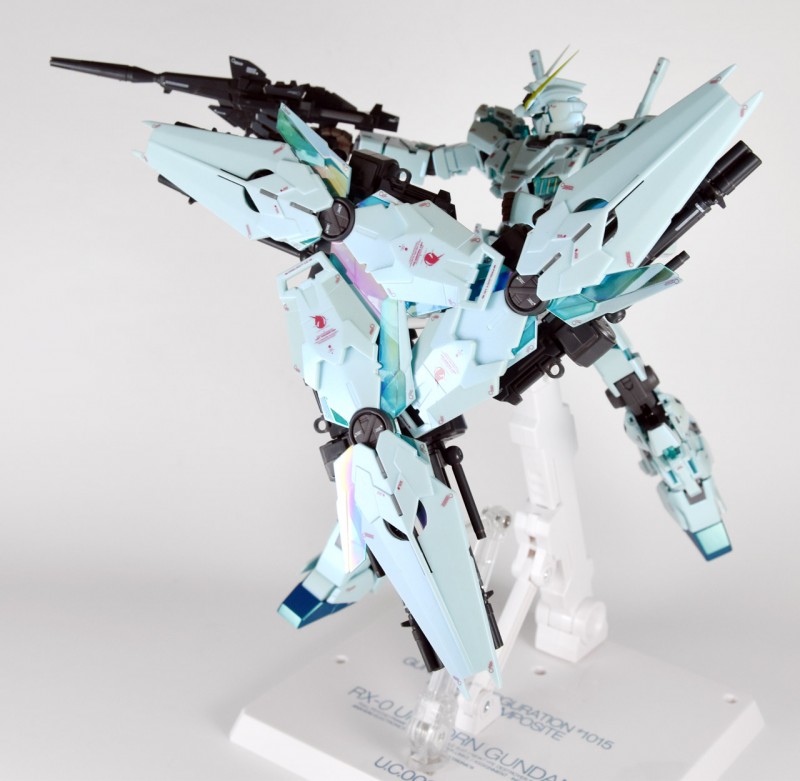 The toy performs the transformation from Unicorn mode to Destroy mode just as well as the previous release and there are no issues to report here. The articulation is also very good still, if a little stiff initially, and there is a good amount of diecast used in the joints for support.

The paint scheme is very fine and the figure is covered in all manner of decals. The overall paint job also has a pearlescent blue finish compared to the all-white Awakened version.

The amount of accessories included is also more than in previous releases, as you get a total of six beam gatlings and three shields now. You still get the beam magnum and hyper bazooka as per the previous releases. The former also retains the complex removable e-cap setup, which is nice.

The reason for all the extra shields and beam gatlings is that these are used for the shield funnels. Thanks to a very nice included stand, you can set them up either hovering around the Unicorn Gundam or as the three-pronged shield used to deflect attacks (shown above).

Assembling the shield funnels also requires some extra parts and the three pronged setup has a new clear triangular part to which the shields attach.

The stand is similar to other prior big Bandai toy releases from Gundam and is very sturdy; it has extra points to allow the clear stands for the shield funnels.

Overall, the base figure is excellent and is as good as the prior versions. The real reason to pick this up is for the shield funnels and new paint scheme that brings it inline with the end of the anime. In any case, it’s a great toy and even if you aren’t a fan of Gundam Unicorn, this is an excellent figure with a very comprehensive array of gimmicks and accessories.