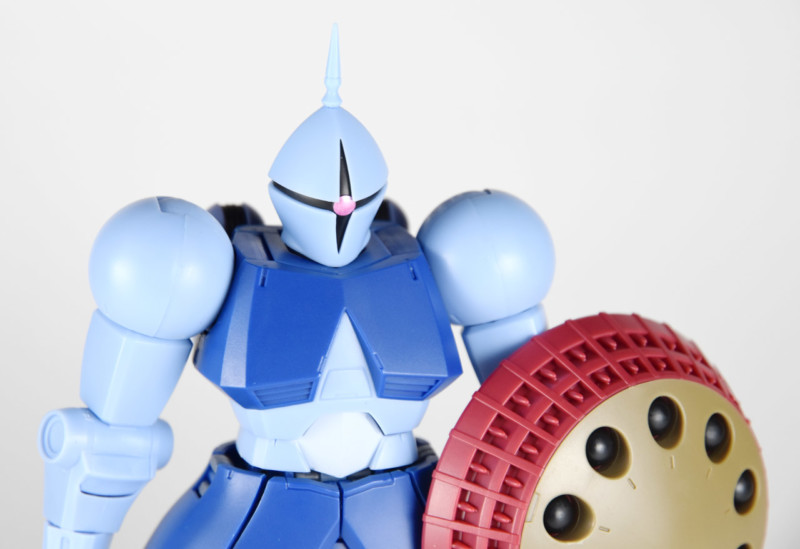 Following the unboxing here is the review for the new Robot Damashii Gyan from Mobile Suit Gundam. While this may look like a simple toy, appearances are certainly deceiving in this case, as Bandai Spirits has gone to a lot of effort to recreate this classic mobile suit.

This is not the first toy of the Gyan but it is definitely one of the most involved in terms of articulation and gimmicks. If you are a fan of some of the crazier Zeonic designs from the latter part of Mobile Suit Gundam, then you are going to be in for a surprise. 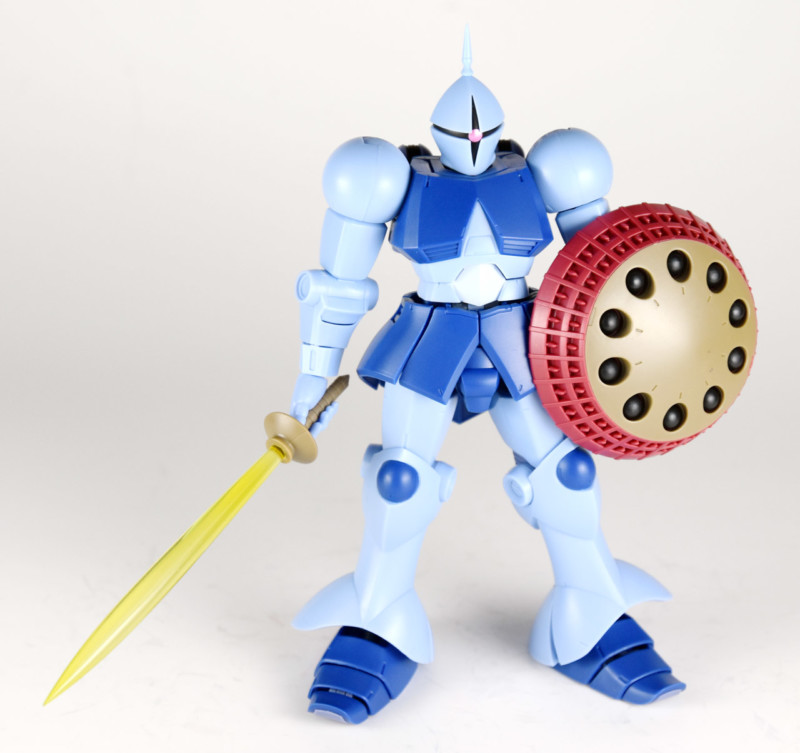 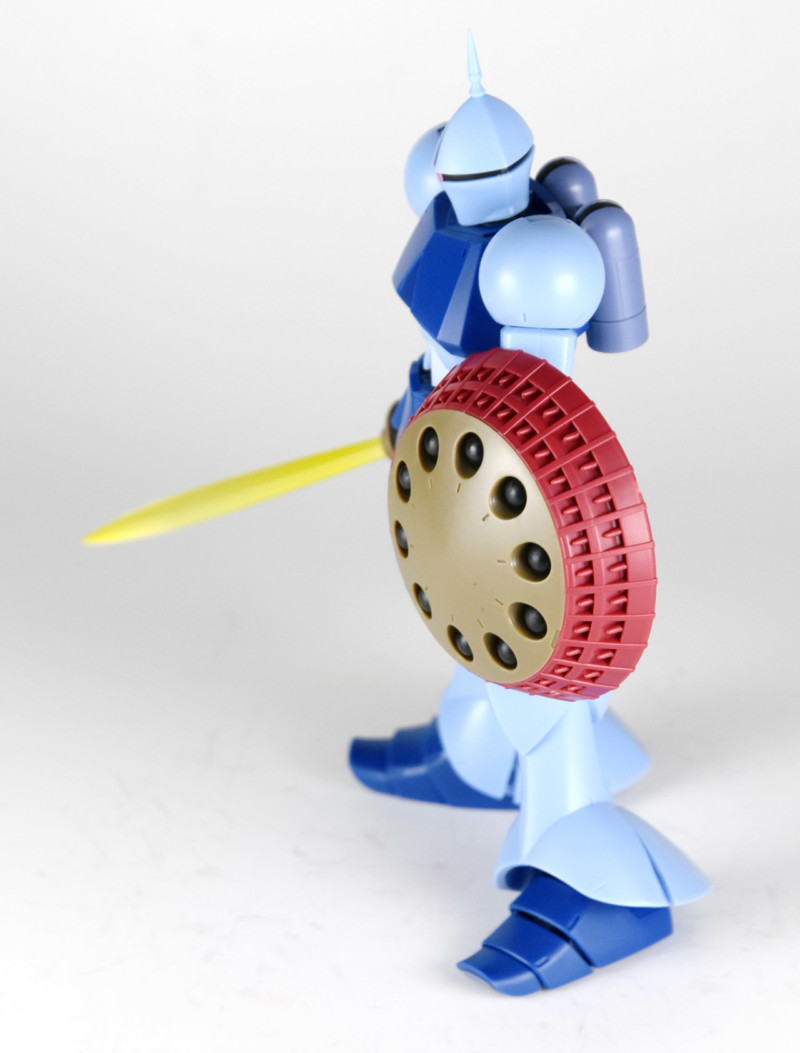 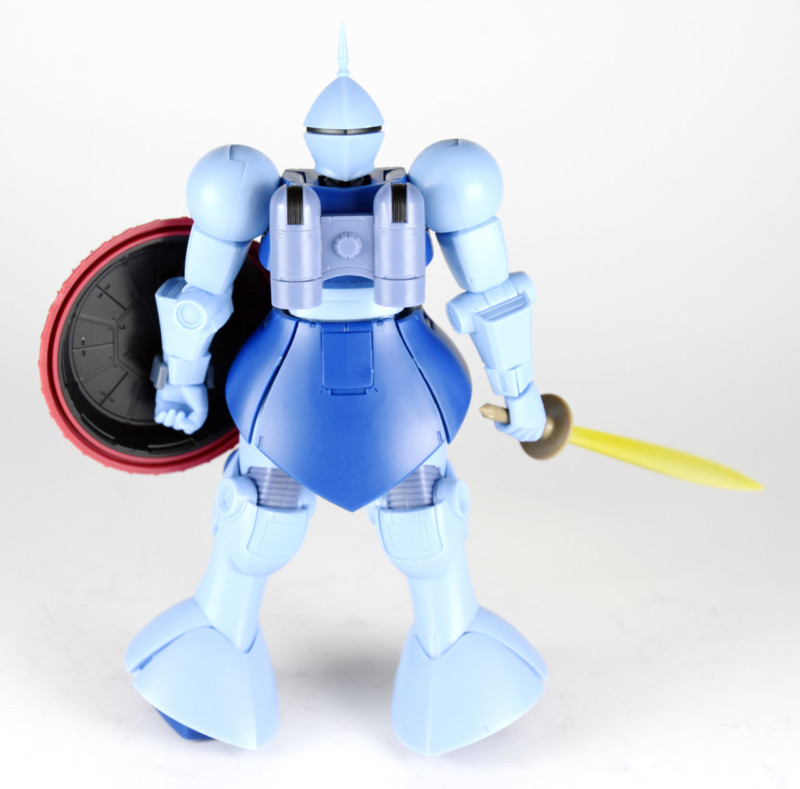 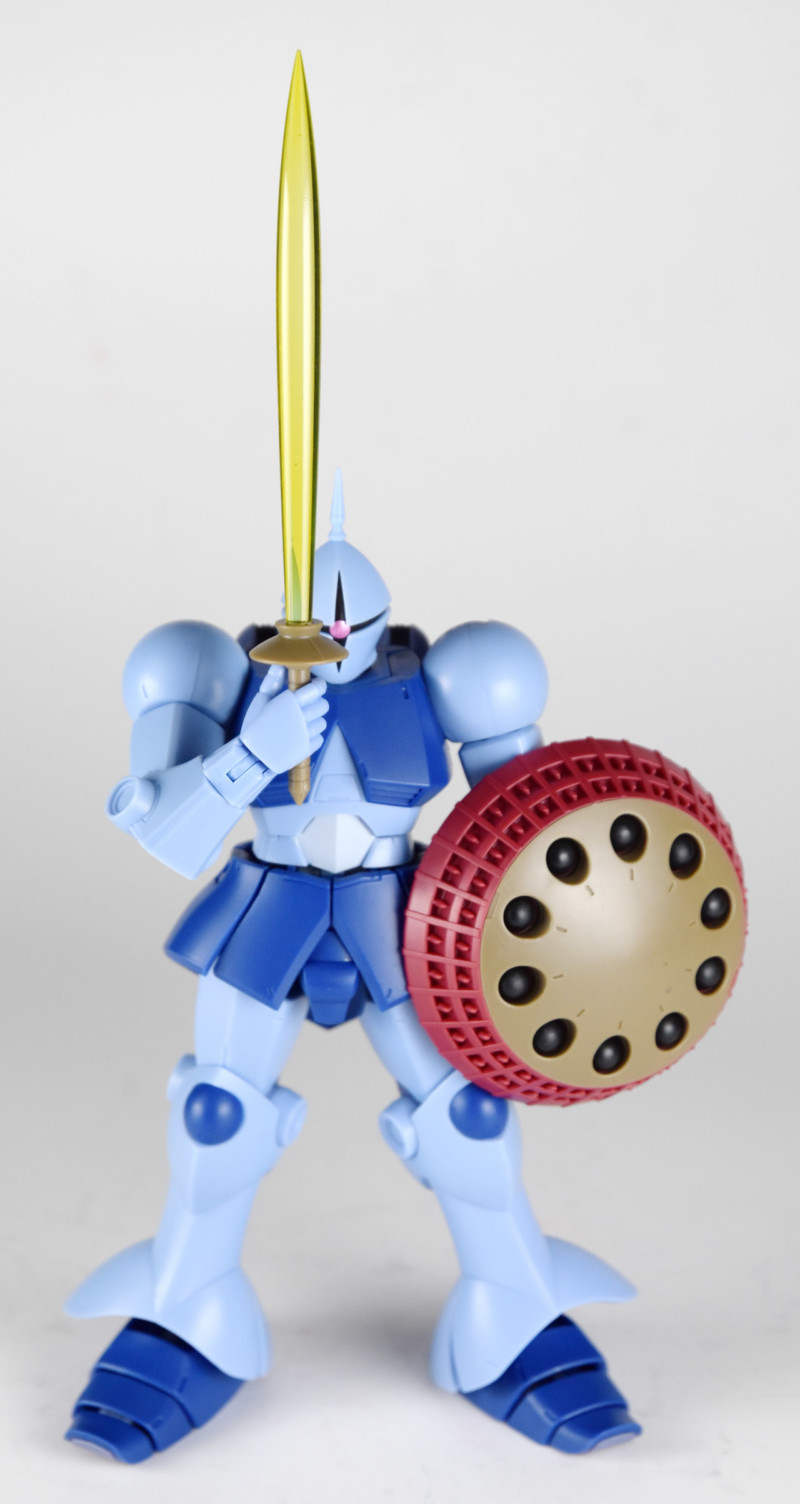 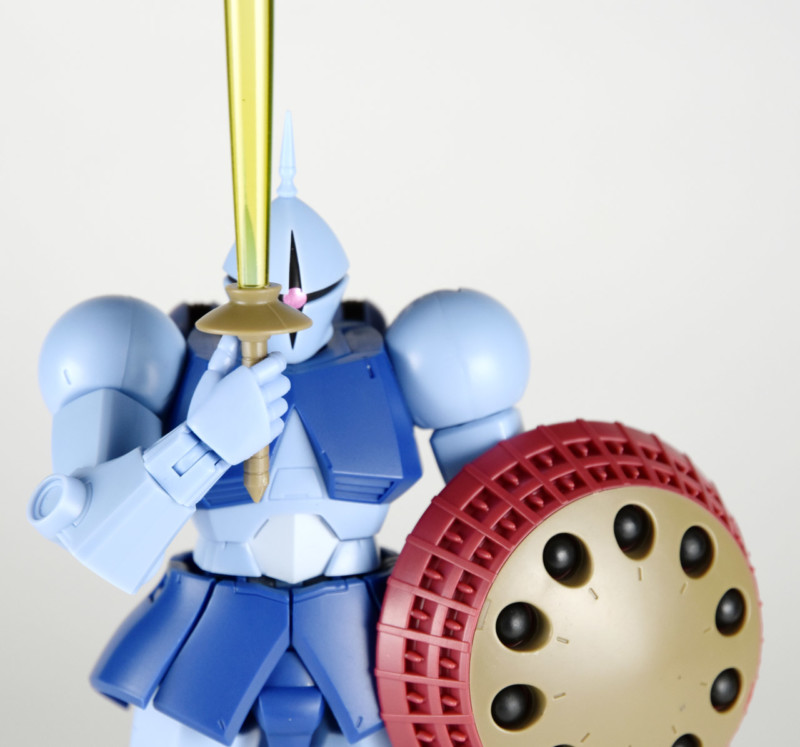 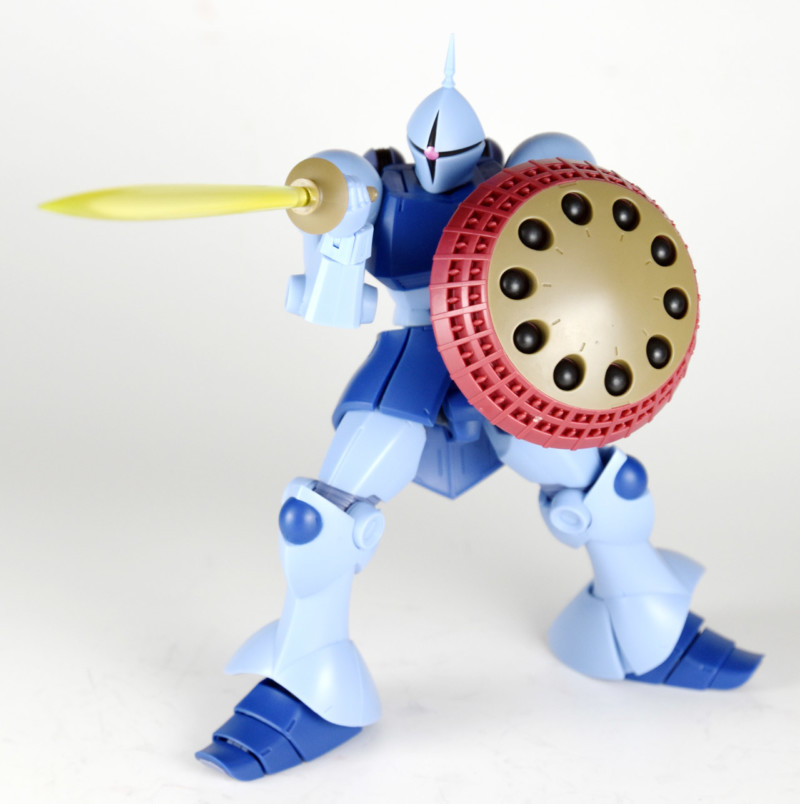 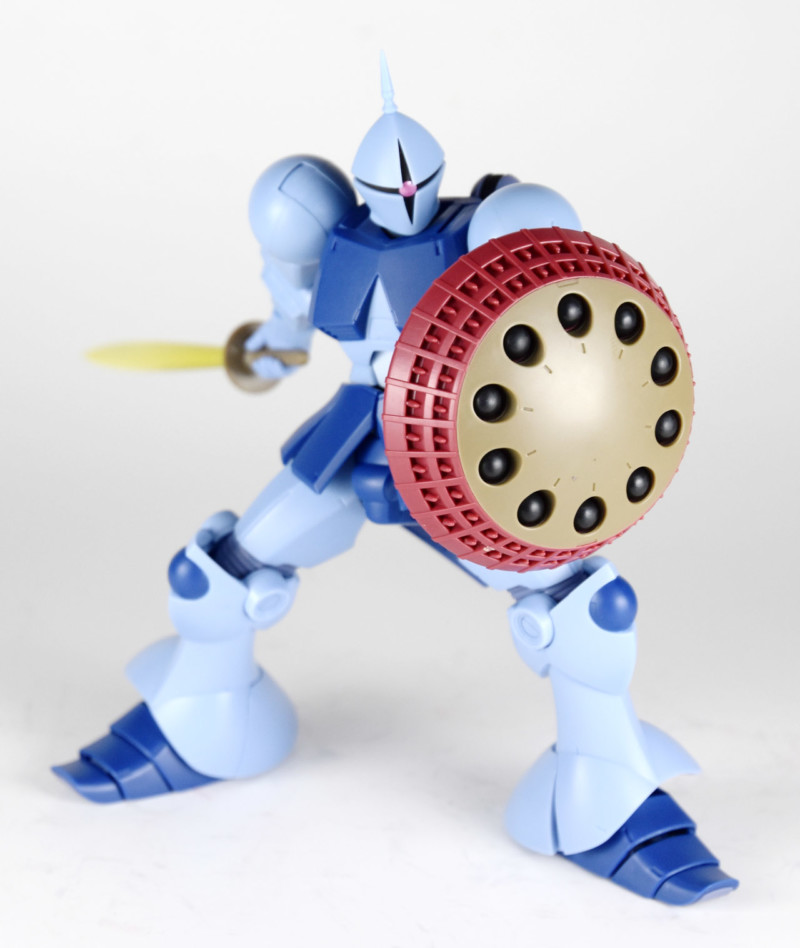 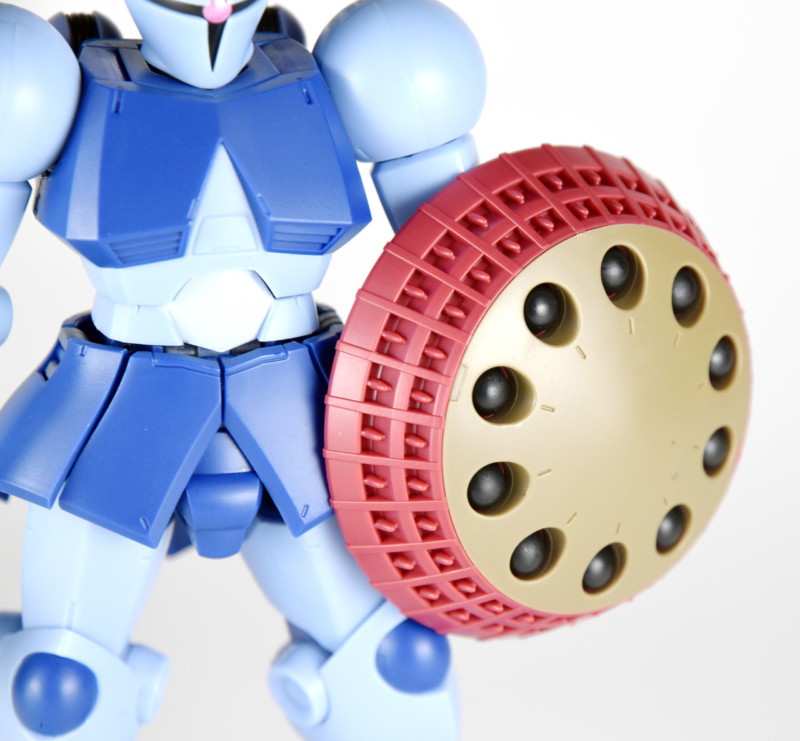 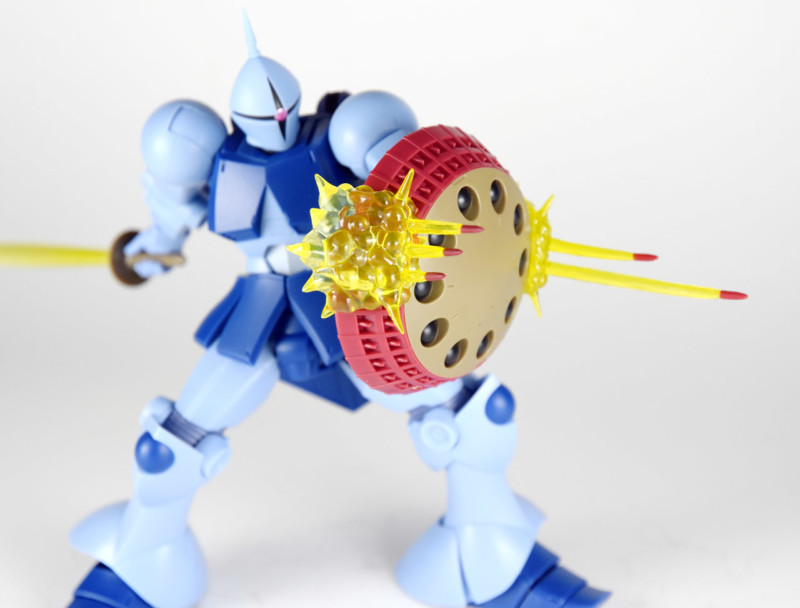 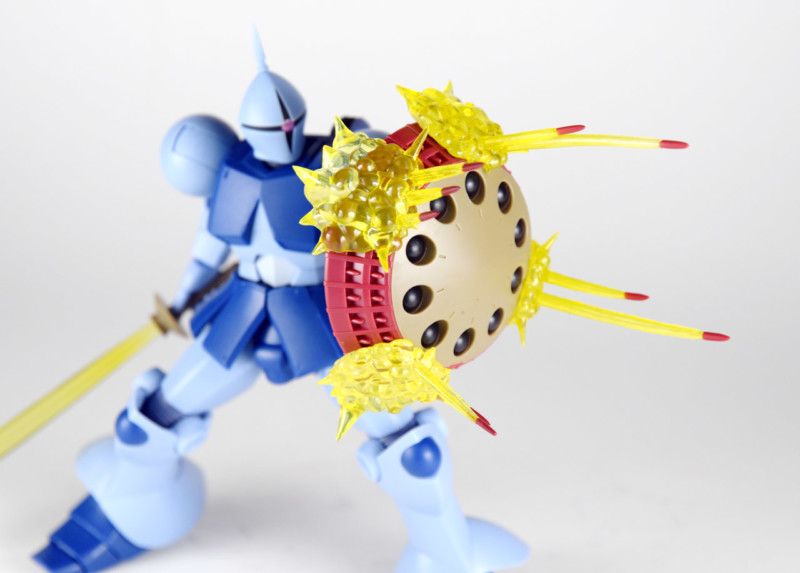 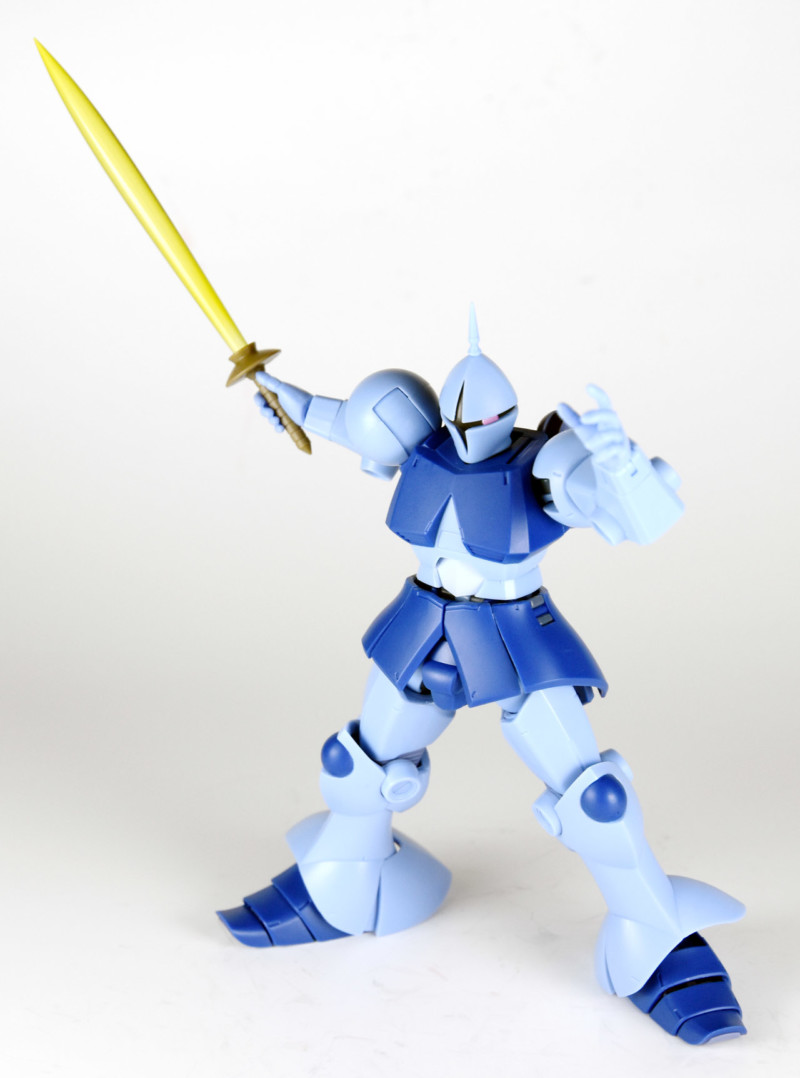 Getting the obvious stuff out of the way first, the sculpt and detailing are very simple but accurate. You also have various eye parts for the head, so you can show the mono-eye moving around and looking at different things.

You also get a ton of effects parts, while some of these are for the Gyan’s shield, others are meant for the Ver ANIME Gundam, as you can affix them to the shield to show off the explosion effect from the Gyan’s mines.

However, the most impressive thing about this Gyan toy is its amazingly involved articulation.

Most Ver ANIME releases excel in this regard but the Gyan is a very energetic mobile suit in the anime, so being able to recreate those poses is great.

One particularly subtle joint is an extra wrist segment that twists independently of the forearm. This allows you to recreate the famous sword jab that M’Quve employs.

While the arms get a lot more of the articulation love, the legs are also very thorough in terms of the joints available, especially in the ankles. In the case of the latter, the rear heal armor is also jointed to allow for a wider range of movement in the feet.

Overall, this is a very nice figure of the Gyan, not least due to its accuracy to the original design but also the array of accessories and especially its articulation.