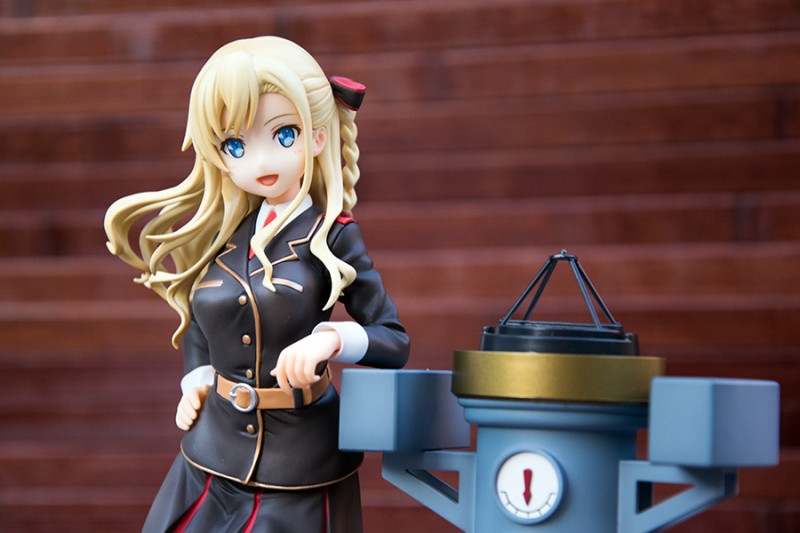 The “High School Fleet” Wilhelmina figure by Kotobukiya is sculpted in a 1/8 scale and was released by the company last month.

Wilhelmina comes in a lovely window box with the figure’s prototype photos printed on it. The figure is carefully packaged and a lot of plastic has been used to prevent the detachable parts from staining one another. Wilhelmina actually is castoffable, though this is not an official specification or something Kotobukiya would mention – a practice this company is using a lot lately. 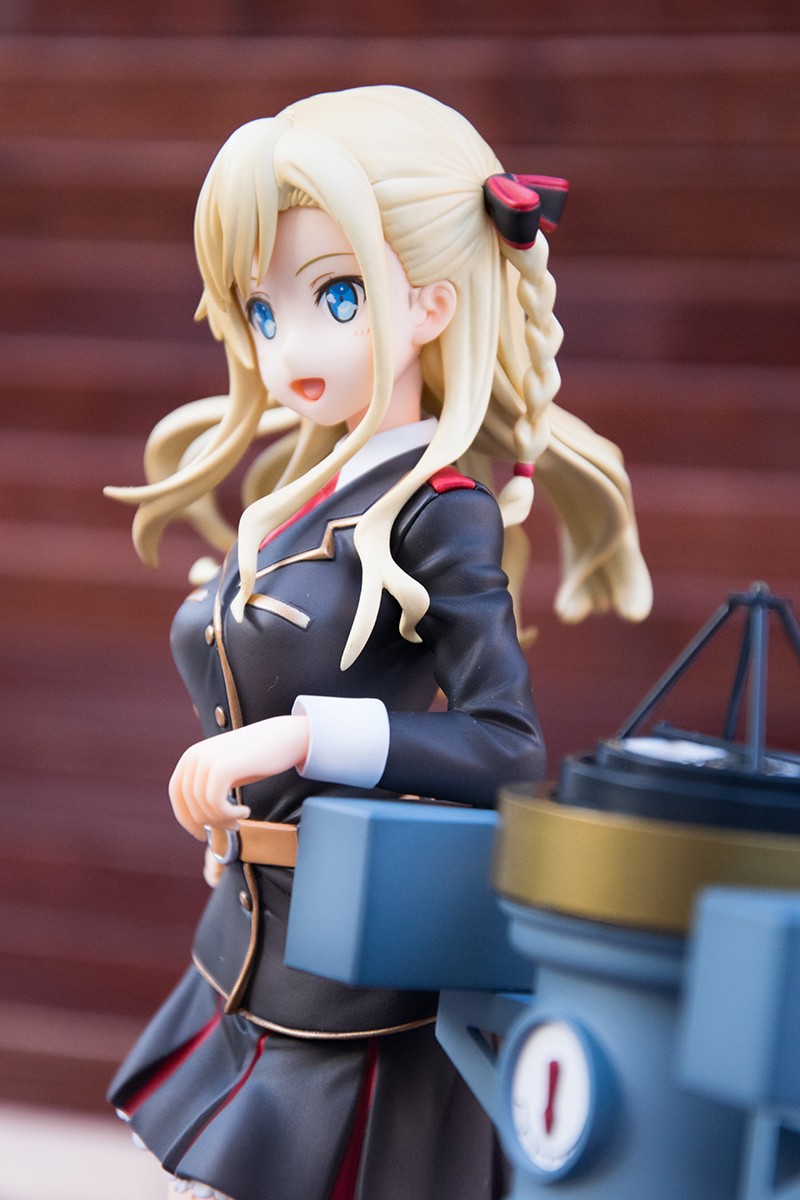 Wilhelmina’s head and torso come off, as well as her skirt –this is the “hidden” castoff option I was talking about a moment ago. Protective plastic has to be removed from the head, torso and skirt, thus these parts need to be taken off. Once done, the figure can be placed on the base using the two pegs in Wilhelmina’s feet as well as the one on the girl’s base which fastens her to it. 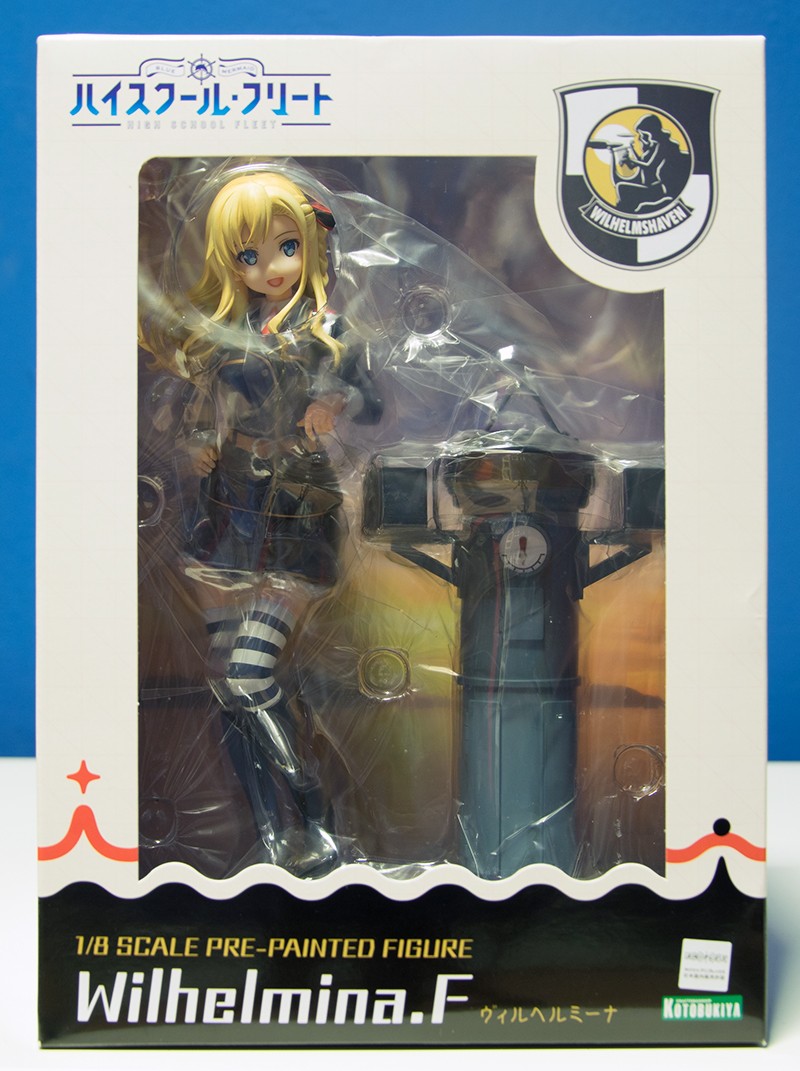 Interesting enough is Wilhelmina’s base, which is composed of a small turret on which a compass is placed. Under Wilhelmina’s feet we have a lovely oval piece of plastic which resembles wood, and the girl is gently resting on the gray turret. 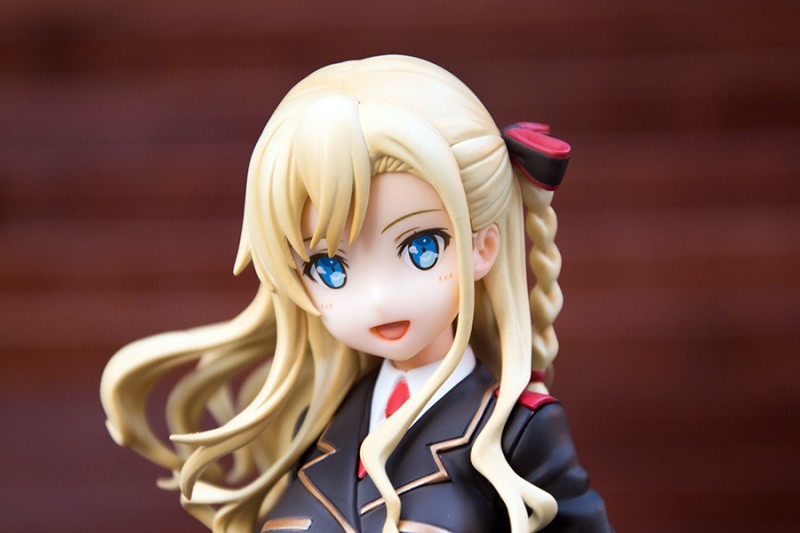 This isn’t a figure that is actually impressive for its appearance alone, as Wilhelmina wears a simple and mostly black uniform, but the figure surely is able to catch attention anyway. This is mostly true thanks to the beautiful sculpt, which once again affirms my trust in Kotobukiya. 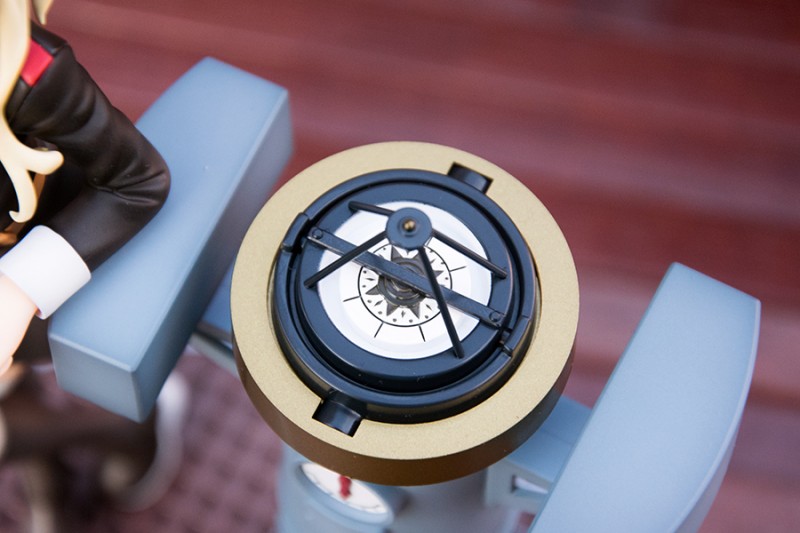 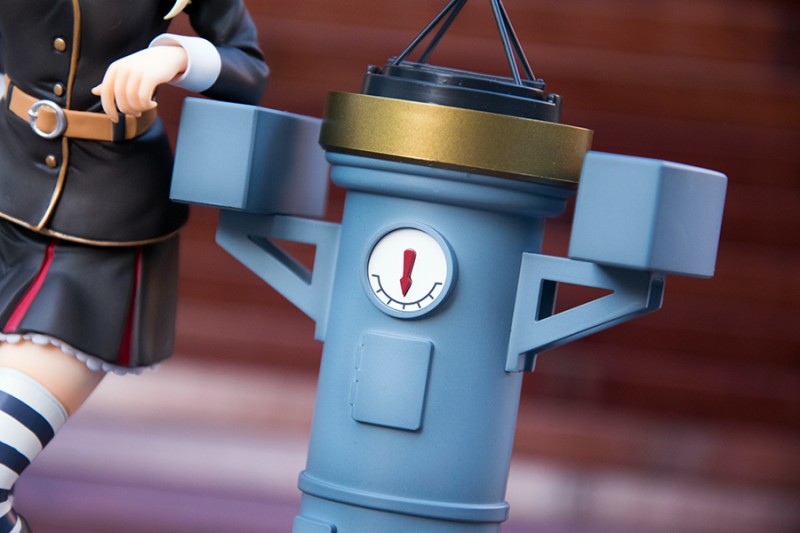 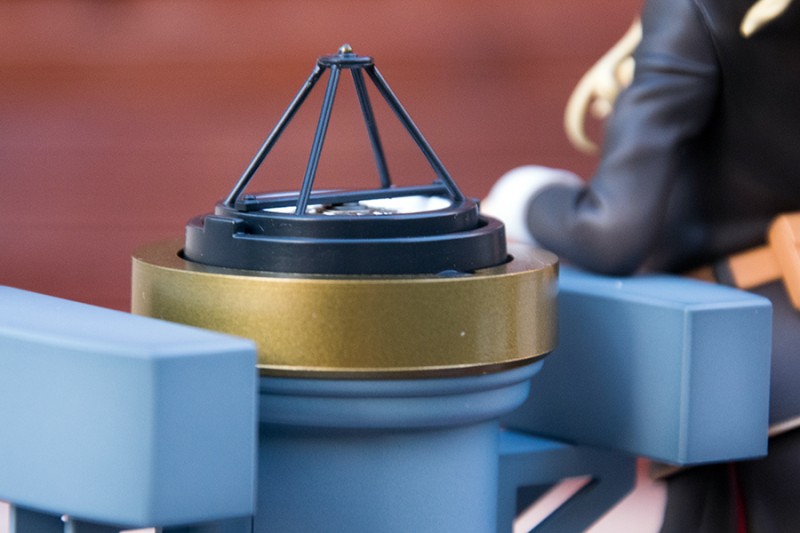 There paint or sculpt issues which are worth mentioning or which are too visible, and overall, the figure looks very pleasing and makes a good display piece. Every detail is well executed, and I particularly like the pose Kotobukiya chose for this character and how well they portrayed it. 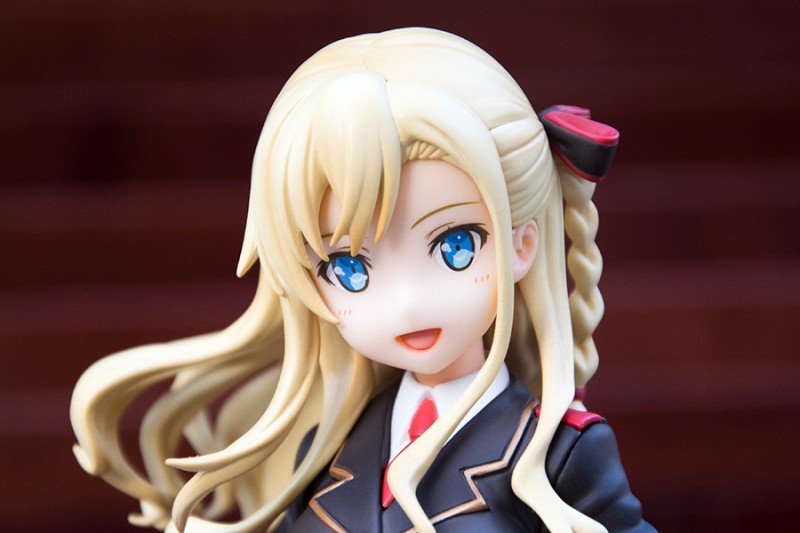 Another added benefit is the ability to display Wilhelmina without her skirt. I keep my copy of this figure fully clothed as I prefer less revealing items in my collection, but people who might want something a little sexier will be surely happy with this option. 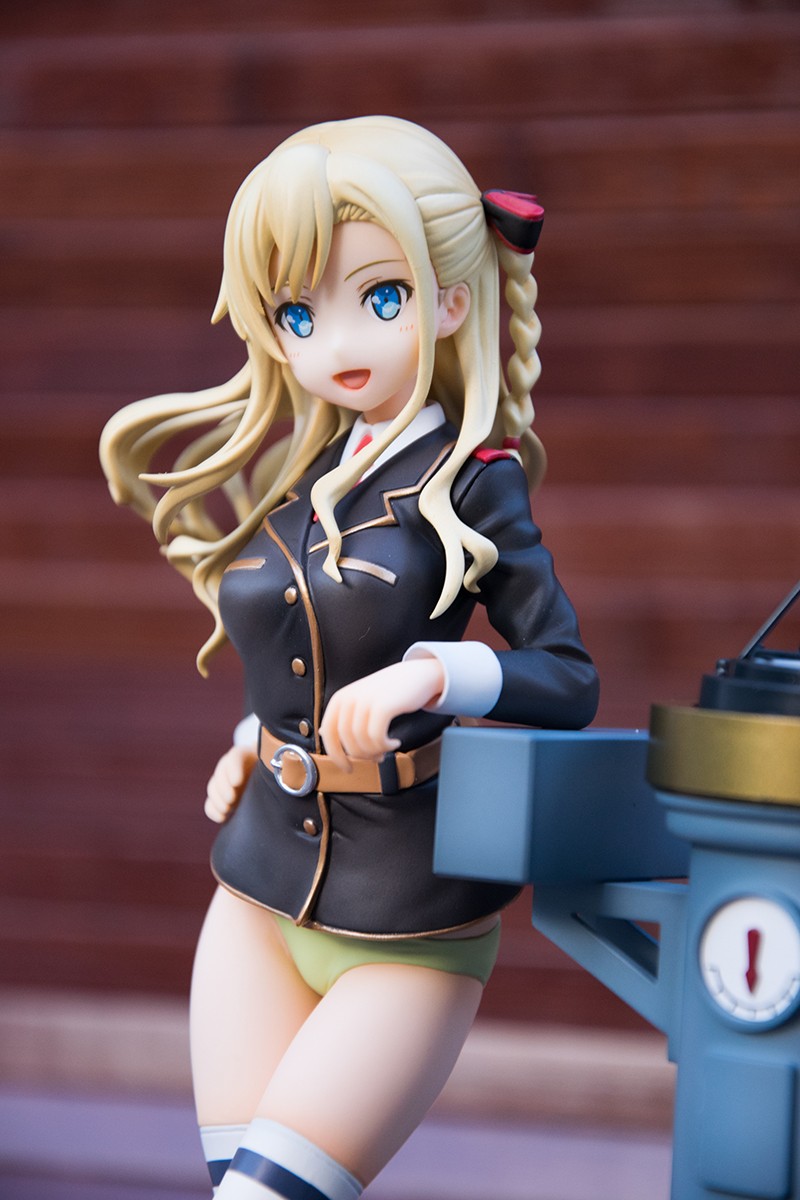 The detailed base surely makes this figure stand out enough, which wouldn’t be possible, in my opinion, if Wilhelmina was posed with just a normal support. The base Kotobukiya chose for this figure somehow balances the very simple character design of Wilhelmina, otherwise plain and without much context. 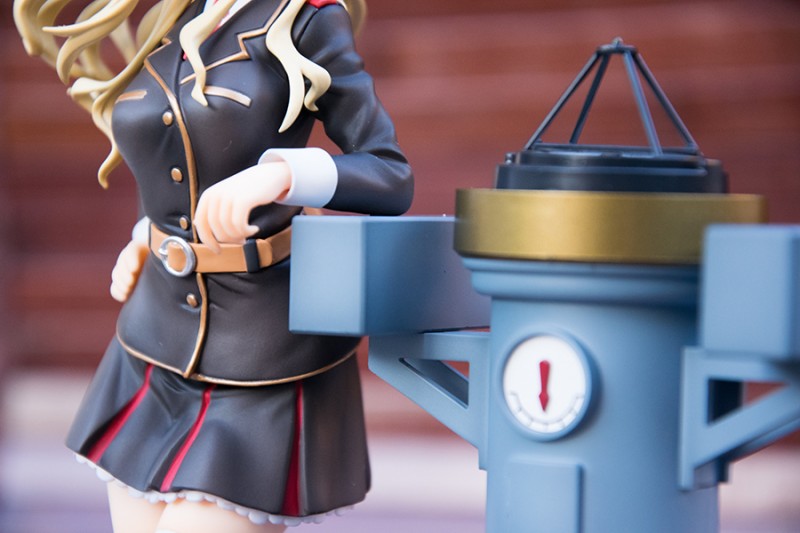 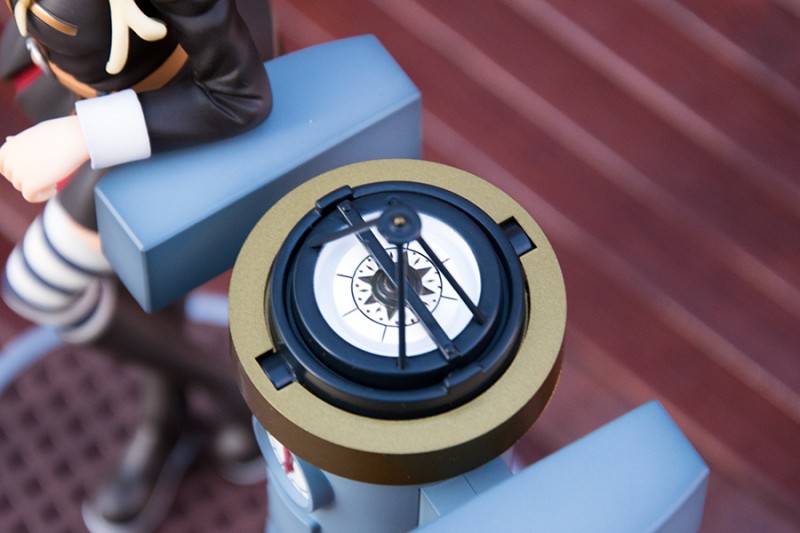 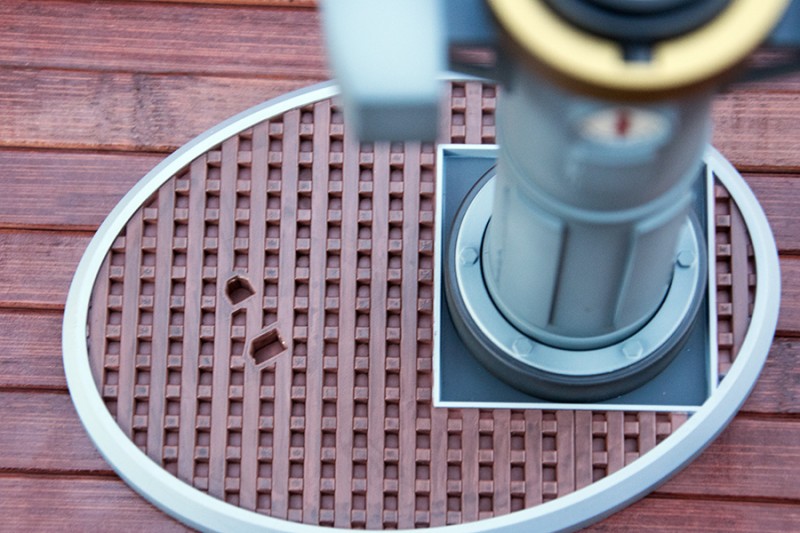 As for the size, this figure is labelled as a 1/8 scale, but Wilhelmina is way bigger than that. Indeed, this figure actually stays in the 1/7 scale range. I compared her to many other 1/8 and 1/7 scale figures I own, and she certainly isn’t sized as Kotobukiya advertises her.

Although in general I’m happy when the scale is a little bigger, this may become an issue for people collecting a specific scale for display purposes, or for those who like smaller figures as a personal preference. 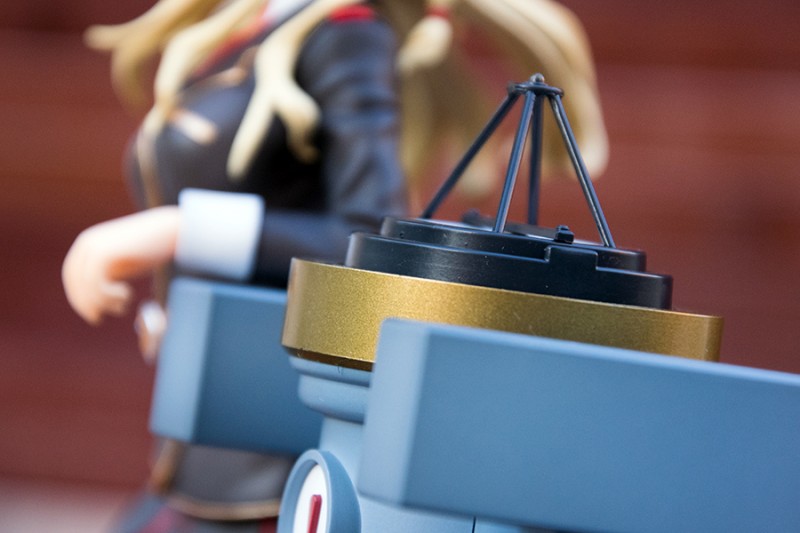 With that said, and while I can’t deem this one as my favorite figure, I still can certainly say that the “High School Fleet” Wilhelmina Braunschweig Ingenohl Friedeburg figure by Kotobukiya is a very good piece to own.