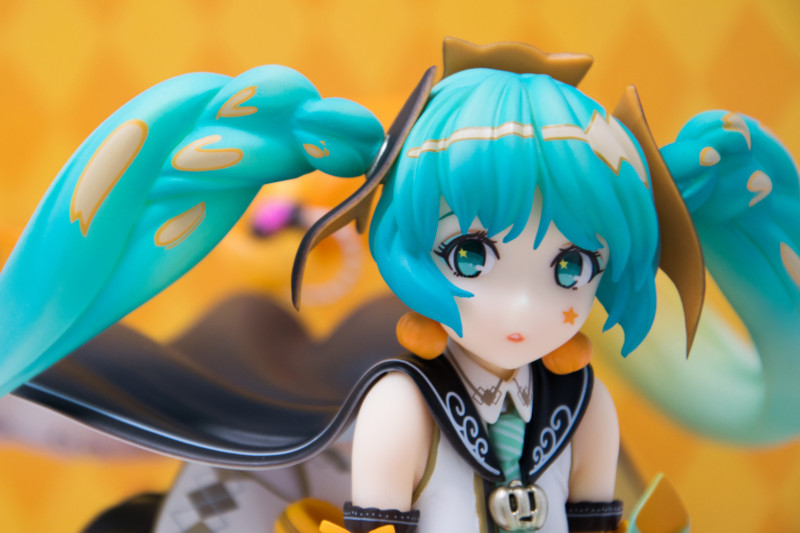 This is one of the numerous figures of Miku available on the market, thus perhaps just another version of the popular Vocaloid and nothing more. I’m personally not very impressed by most Miku figures I see releasing these days, and that’s probably due to the large number of variations I always see.

That being said, Hatsune Miku: TRICK or MIKU illustration by Hidari is somehow able to stand out, and I can easily say that she also is a very eye-catching piece – mostly because of the lovely outfit this Halloween Miku comes with, which is very well detailed and has an utterly interesting, very original design. 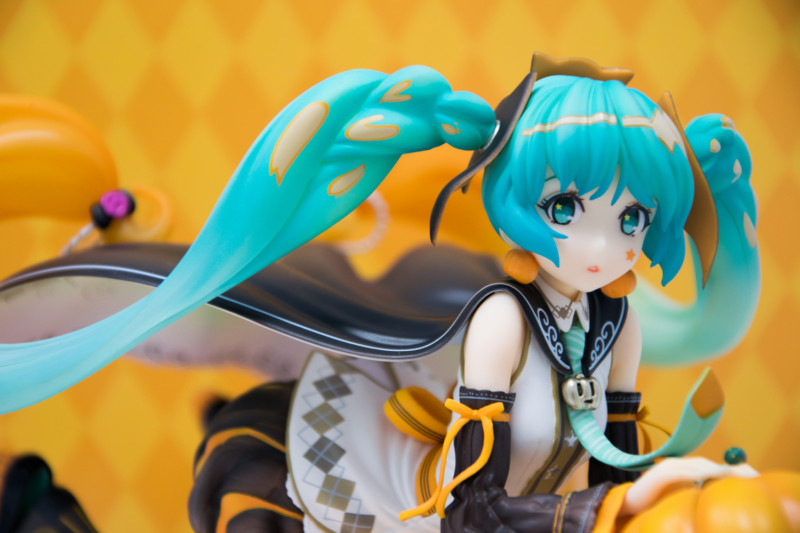 The figure comes in a square box which, despite having a clear Halloween look, is still colorful and quite happy, if we can can call a box that. The illustration on one side of the box is quite stunning, and I really like how the top part has been designed.

Miku comes already assembled; there’s only need to put her on the provided base. On this note, the base is cute and all, but considering how detailed is the figure I would have liked something more complex. 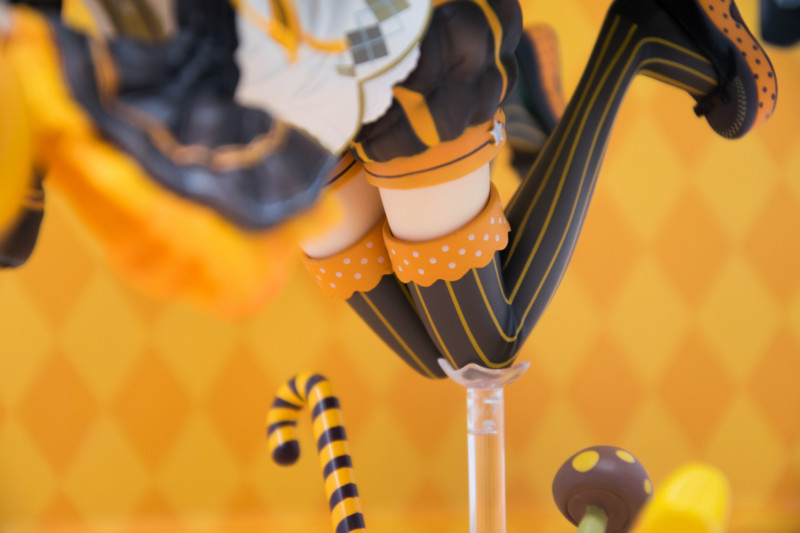 The way Miku is supported by, and connected to the base with, the clear plastic pegs seems a little rough. They could have done better here, maybe with a more intricate design for the base, something which would have made the plastic pegs unnecessary, like some sort of diorama. 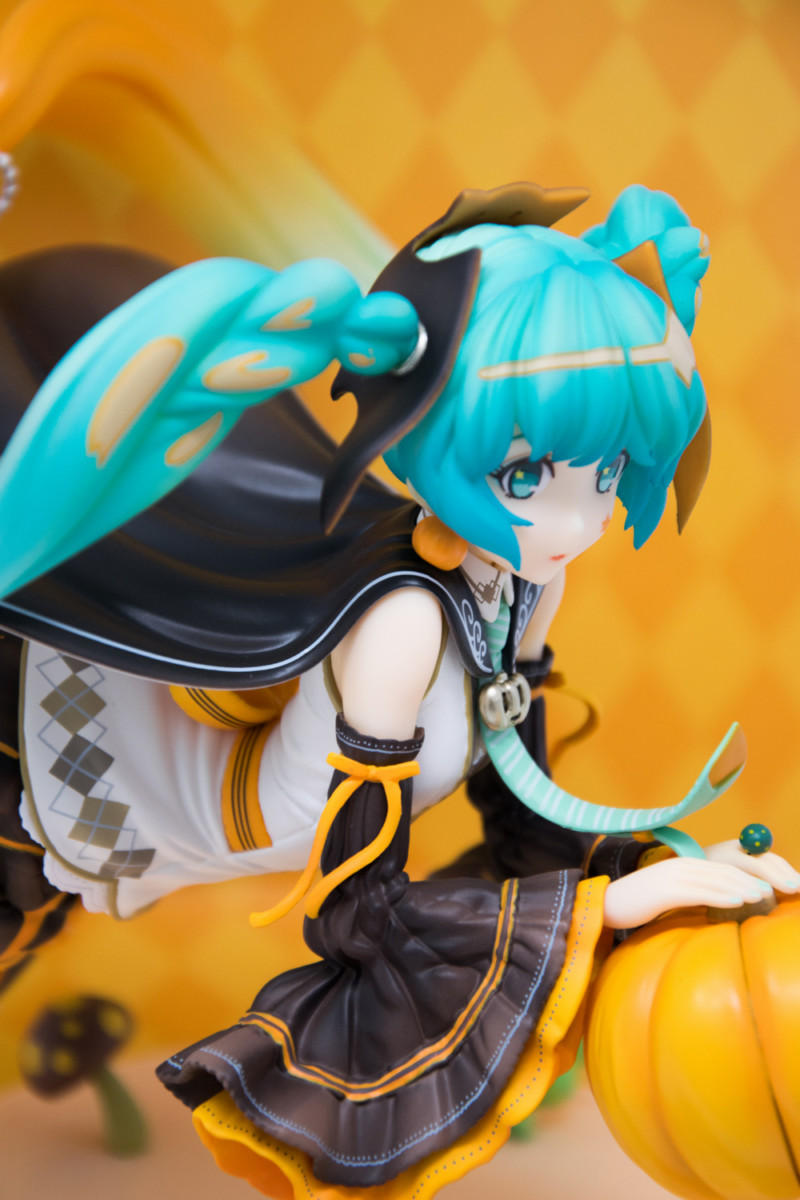 In any case, the overall look of the figure still is quite pleasant. Miku is provided with three clear plastic pegs, of which two go into the base. The third one functions as additional support to the figure, although I’m not sure where exactly it has to be placed as instructions don’t even mention it. 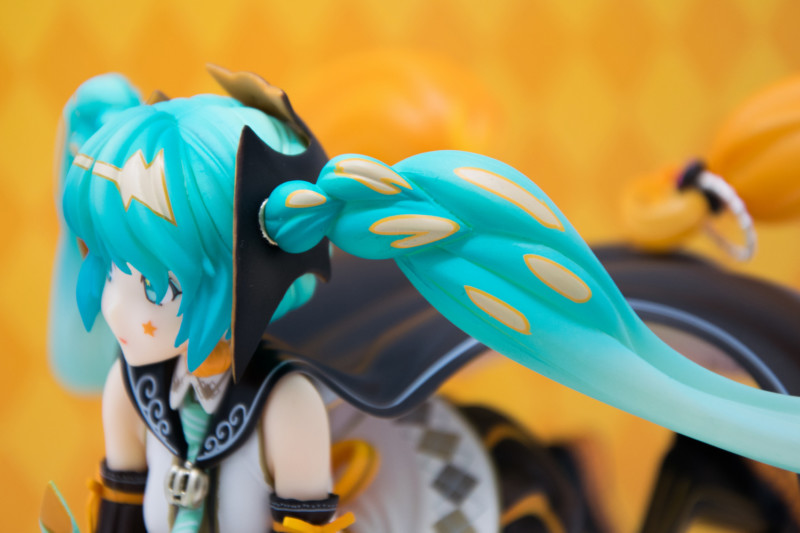 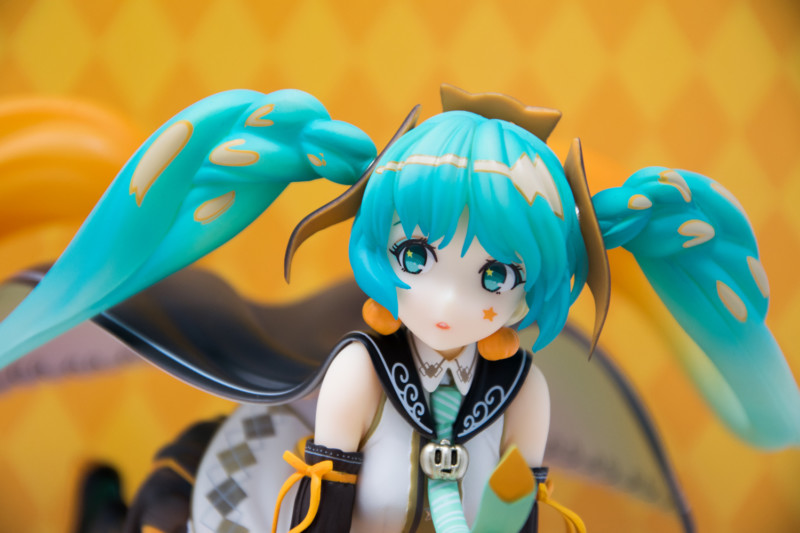 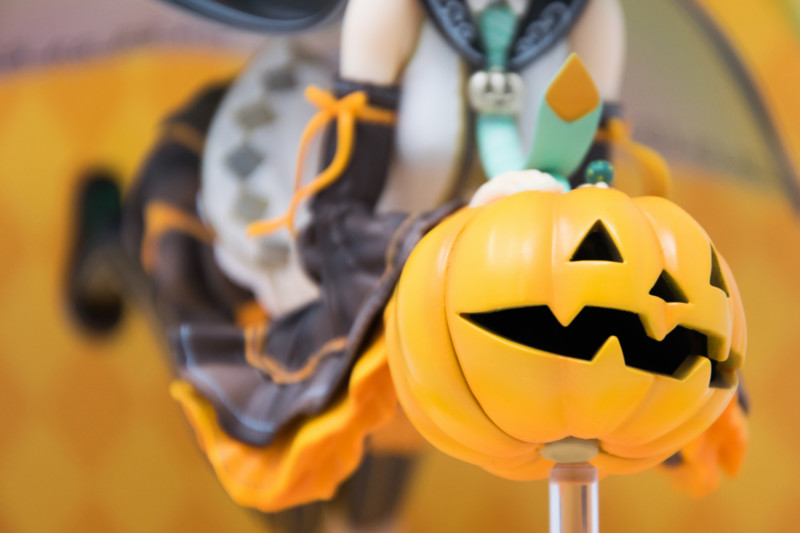 So, the smaller peg serves as support for Miku’s knees, and the other one goes into the Halloween pumpkin. I put the third, taller piece (which has a base of its own) outside of the main base and used it to support Miku’s cape. 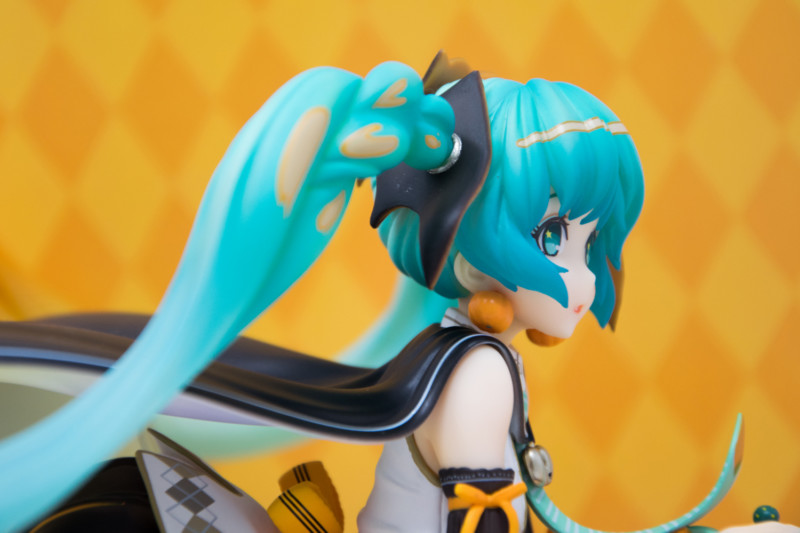 Once the three support pieces are in place, the figure is ready for display. We now have a really interesting piece to look at! Overall, this figure is well done speaking both in terms of sculpt and paintwork, and I don’t see any major issue with it. I like Miku’s overall look, mostly because details are plentiful and the quality is very good. 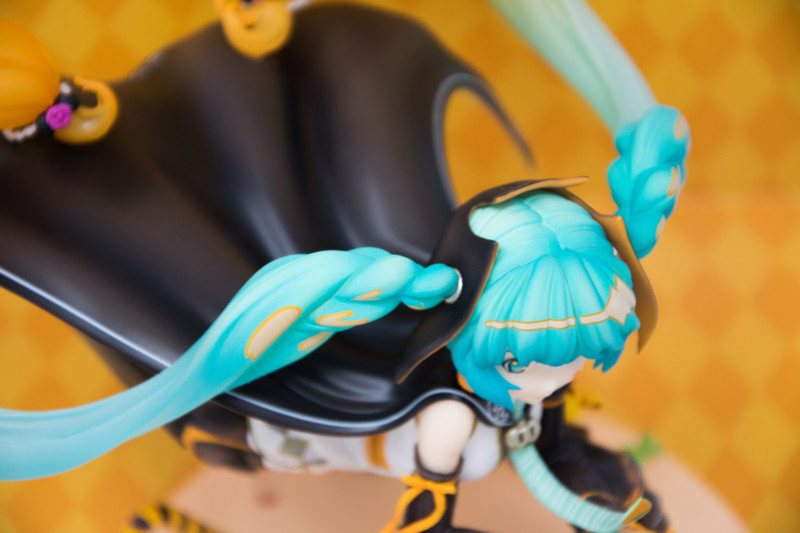 For a Halloween figure, Miku is very colorful and quite cute – not scary at all – but still keeps the Halloween theme in the forefront.

This one truly is a mix between Miku’s style and the chosen, spooky theme. I really appreciate how well Union Creative captured Miku’s essence while respecting the Halloween tradition, possible thanks to the great and faithful execution of the original illustration. 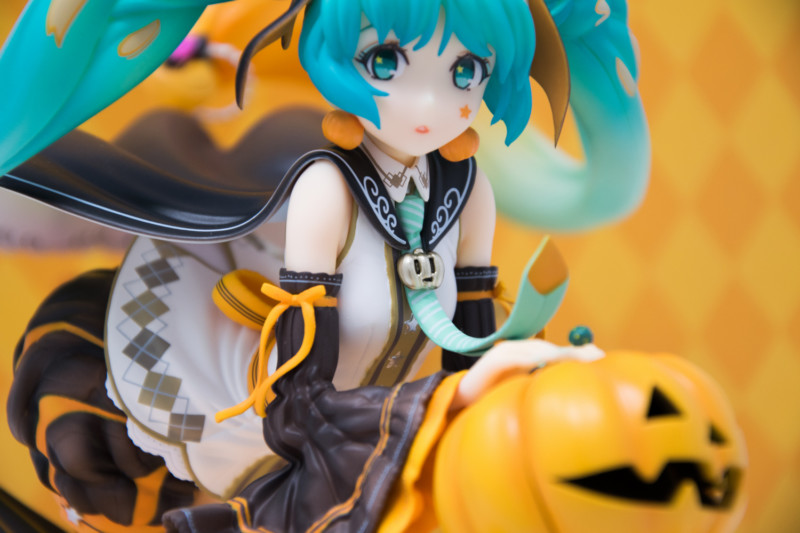 I like this figure as a whole, but if I had to choose a favorite part, it would be Miku’s outfit, only followed by her face, which is cute and innocent and makes me want to stare at it for hours. 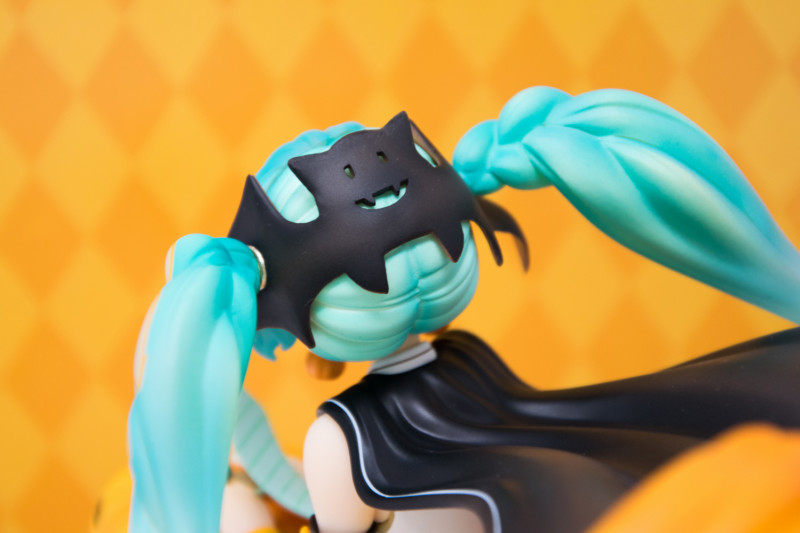 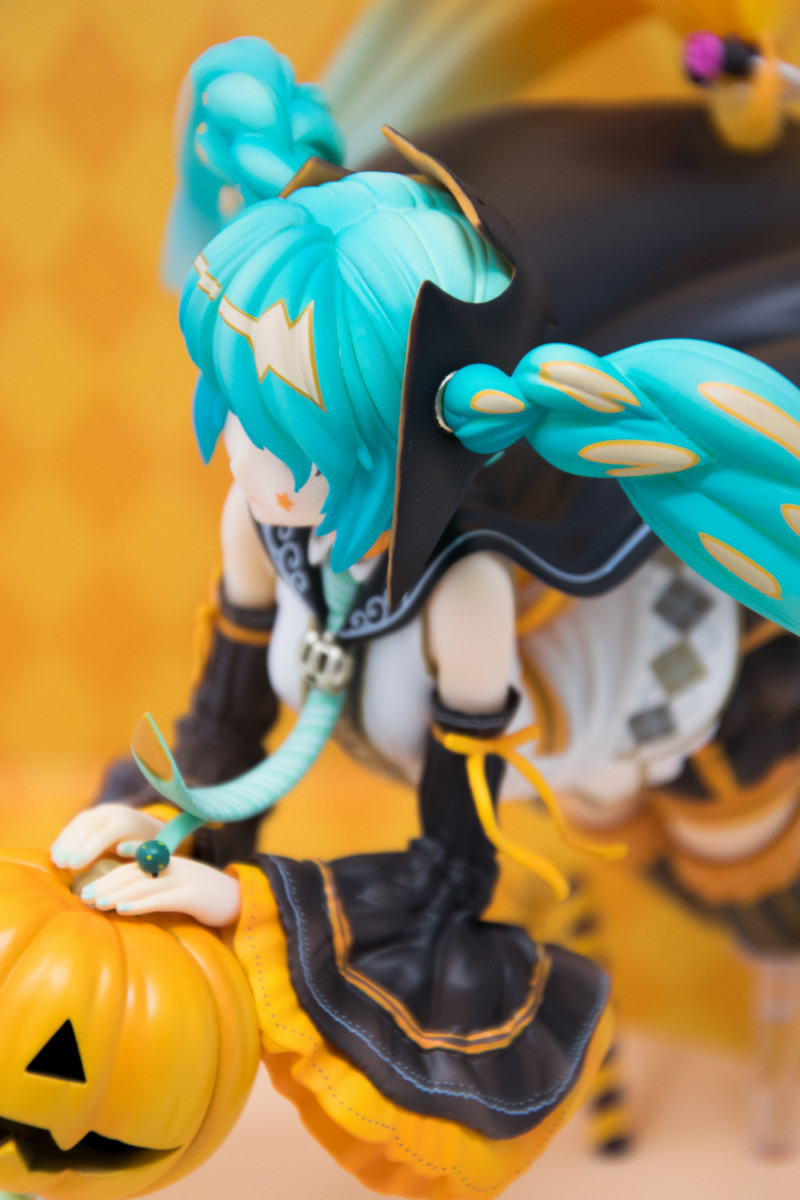 Concluding, I can definitely say that Union Creative did an amazing job with this figure. The quality is very good, details are many and very well executed, and the figure makes a piece worth having in your collection.