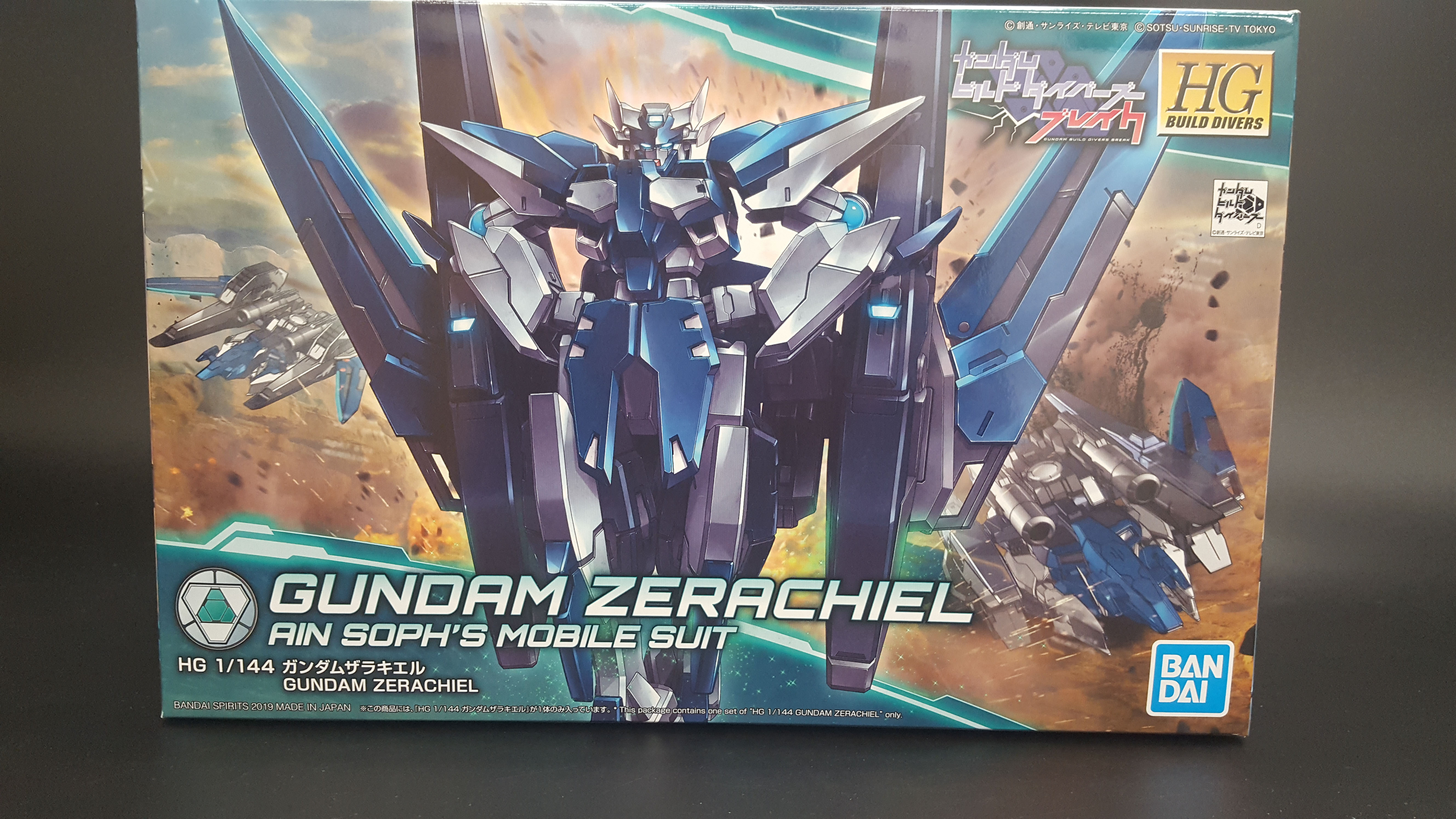 The Gundam Zerachiel has arrived as a model kit from the Gundam Build Divers Break side story! It’s piloted by Ain Sof and has a really interesting, bat-like design. We’ve been looking forward to this one! Let’s open get to the box. 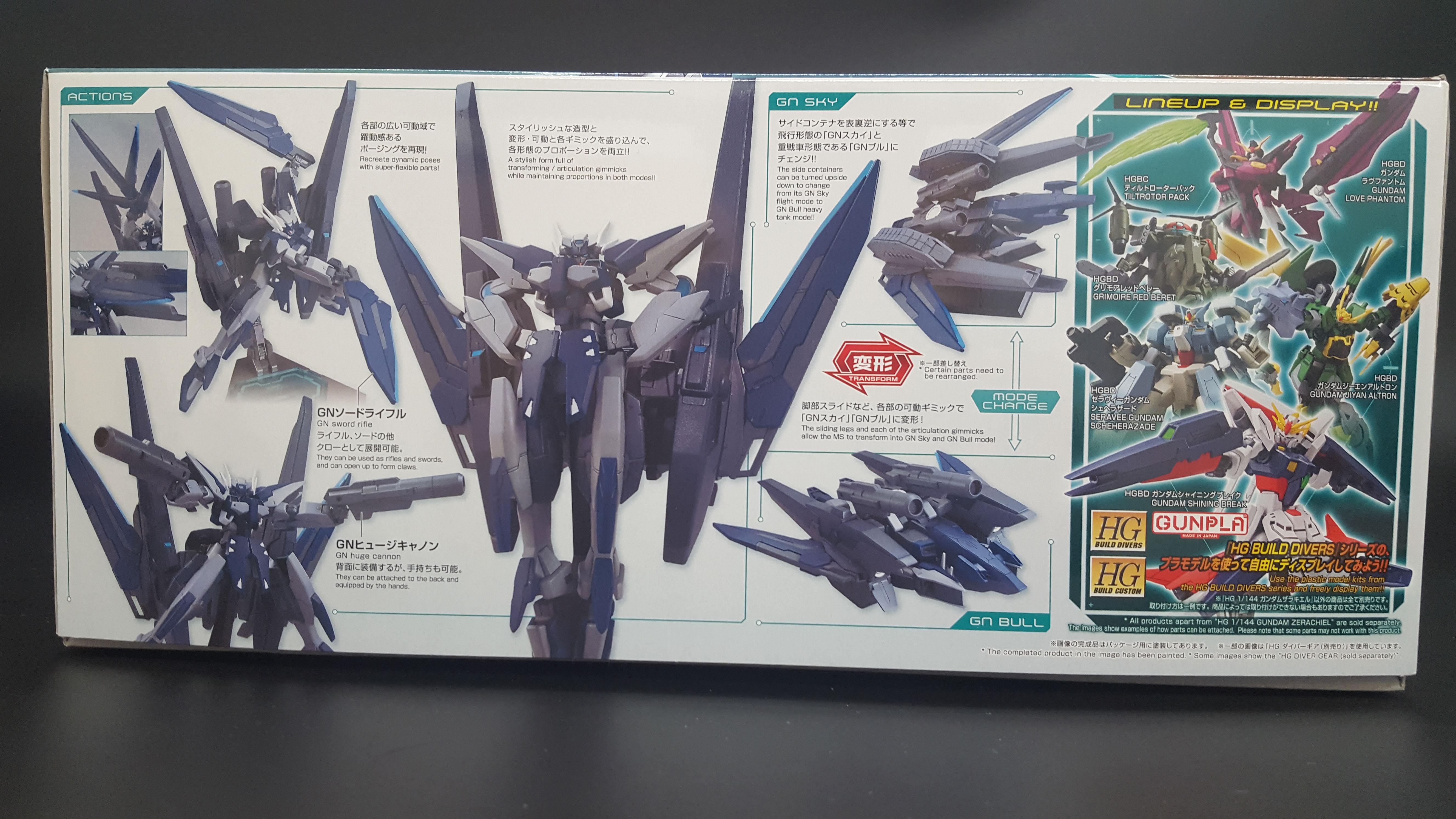 Here are the main selling points from the box: 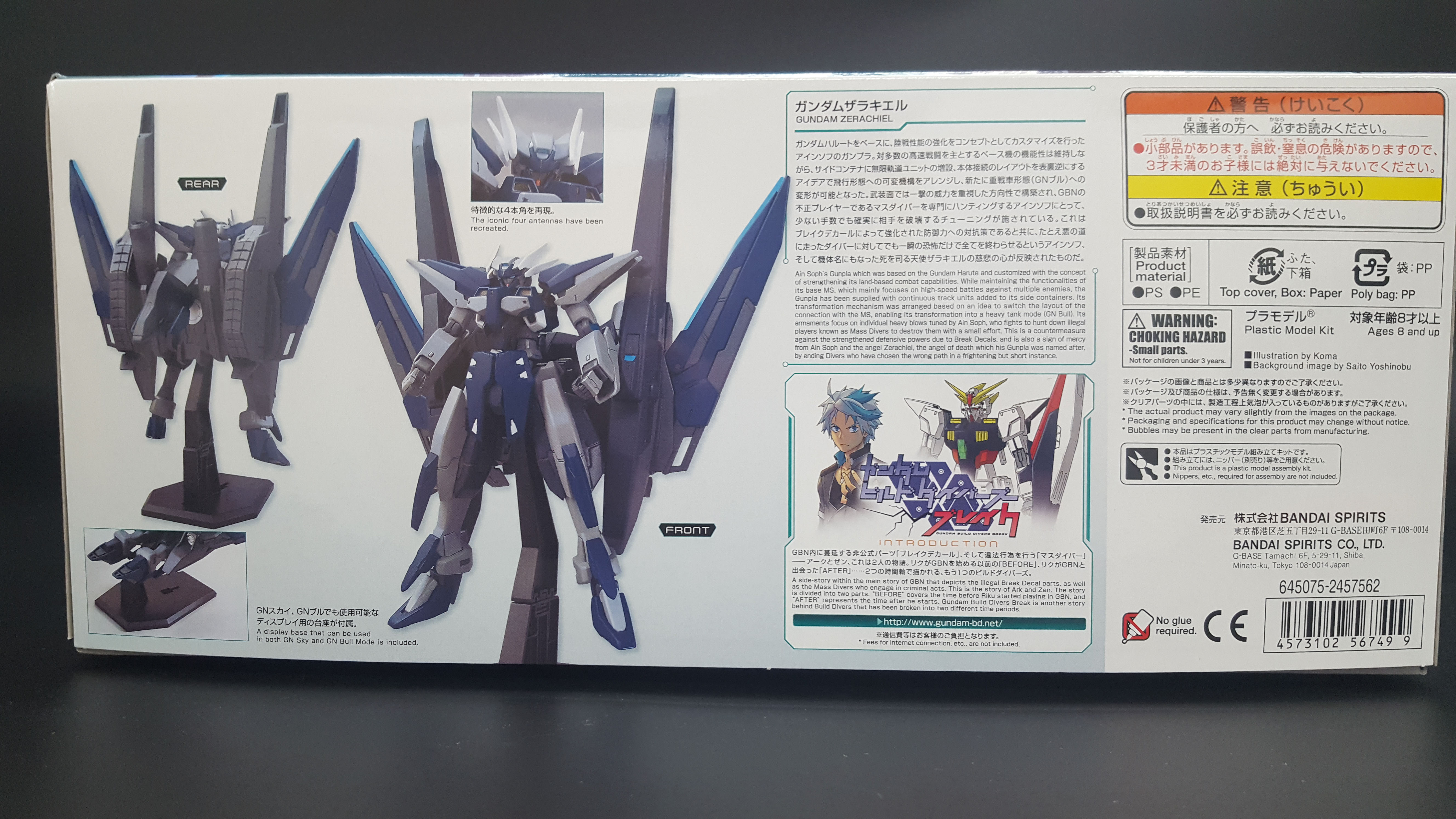 We get a good look at the back of the model here, and the display stand, which can support GN Bull and GN Sky modes, too. The box also thinks the antennas are worth pointing out.

There might be spoilers in the introduction bit here, so I’m going to skip including that in text. The image above is actually a pretty big resolution, so just pop that open to read it yourself. 🙂 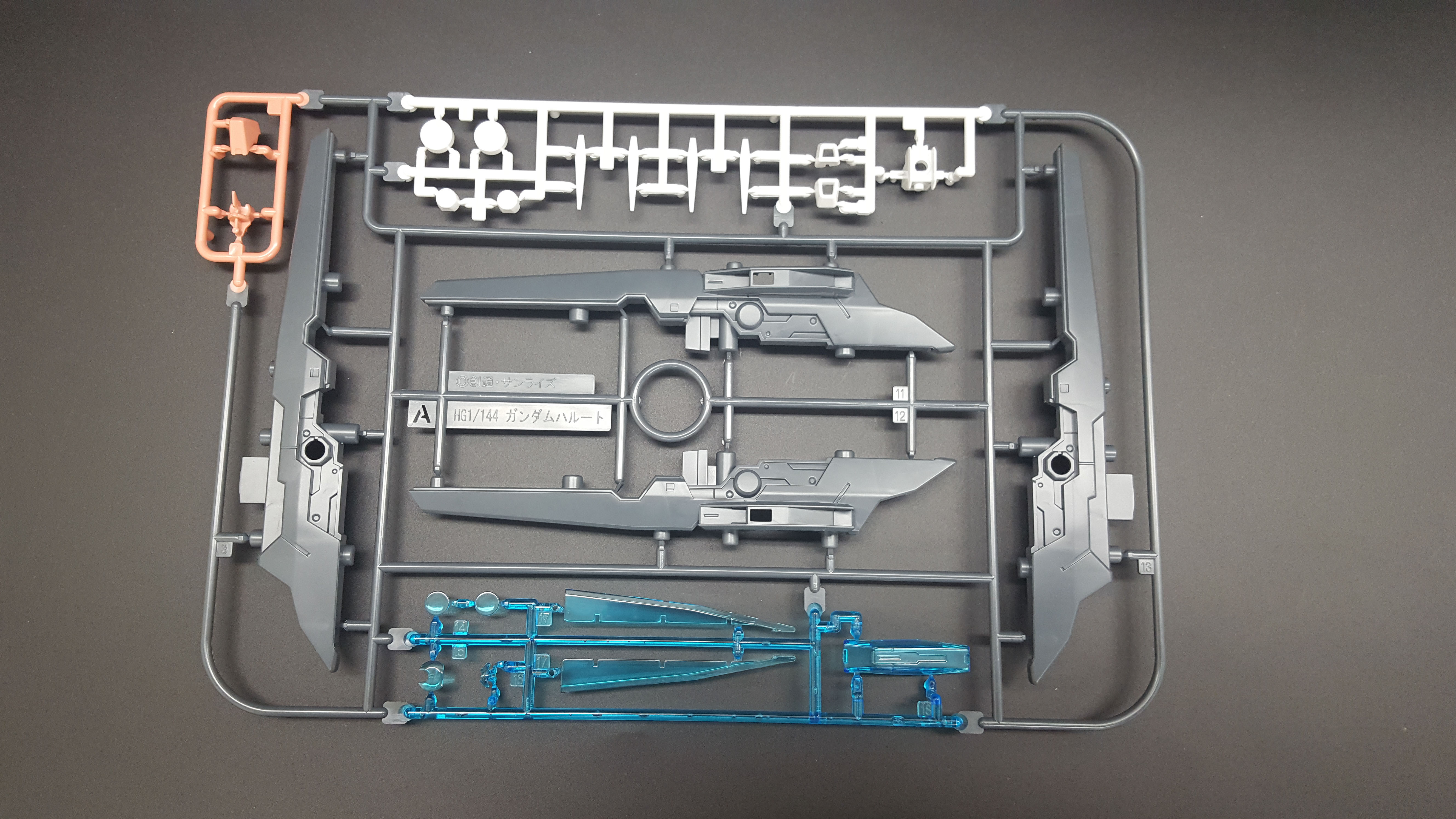 The A runner has multiple colors! Bless Bandai. This runner consists of mostly, I believe, the “sliding legs” mentioned above that are used for GN Sky and GN Bull modes. The clear-blue parts are used on the sword rifles, and then we also have tan face(?) parts and white detail parts. 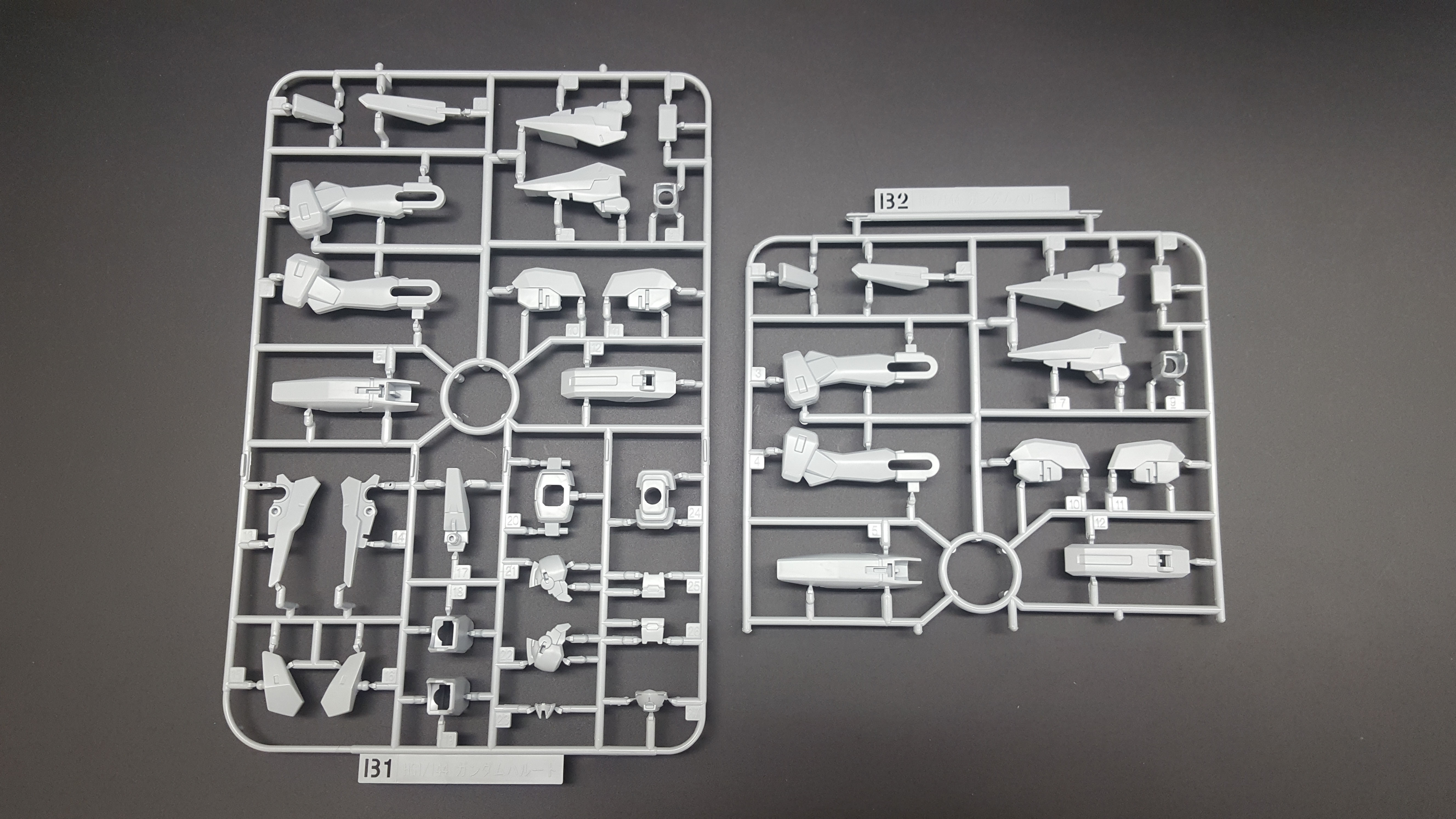 The B runners look like legs to me, molded in light grey. I really like this dark shade of blue on the C runners! There are more parts here for the sword rifles and kit body. The gunmetal-ish parts on the D runners have the tread-looking pieces you see in GN Sky and GN Bull modes, and some parts for the huge cannons. Another shade of blue! I don’t really know what to call the part of the kit that these are for, but on the Zerachiel they’ll be part of the backpack. More huge cannon parts and beyond on the F runner! The G runners are comparatively small. It looks like we have skirt parts in blue, and perhaps some head parts in off white. Finally, the miscellany! That is a whole barrel of polycaps! The stand parts also appear pretty simple and straight forward, and you can also see you’re getting foil stickers for the minor details.

Are you adding the 1/144 Gundam Zerachiel to your collection? Let us know how the finished model turns out if you do!