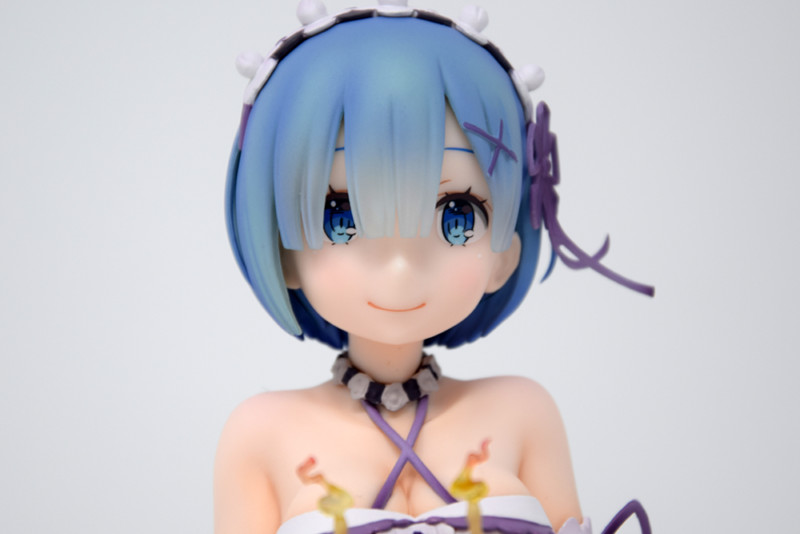 This lovely figure of Re:Zero’s Rem by Kadokawa is based on a likewise lovely illustration by artist Daichi Matsuse, which was created for the occasion of the “Re:ZERO Starting Rem’s Birthday Life in Shibuya Marui 2017” event. Of the illustrations made for the event, this is one of my very favorite, thus this particular Kadokawa take on the younger of the twin maids from Re:Zero is a figure I found interesting long before I was able to get my hands on it.

Rem comes in a small box which is mostly light blue, the color of her hair, which is decorated with promotional photos of the figure. Once unboxed, this figure is basically ready for display; putting her on her base and placing the cake she’s supposed to hold in her hands is all it takes to have her ready. 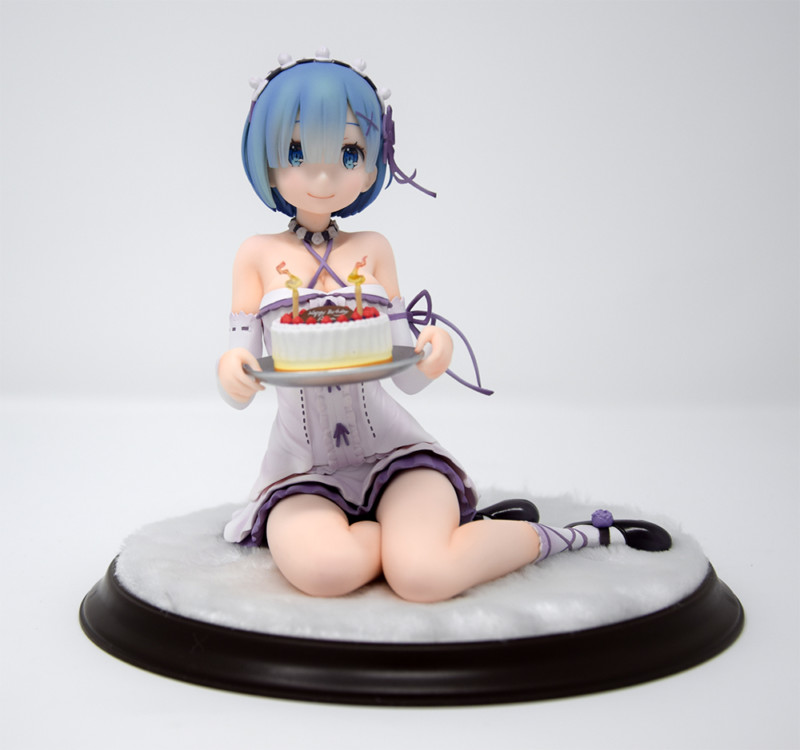 While “assembling” Rem I noticed that her arms have the habit (normal or not, I don’t know) of falling off when placing the cake in place, precisely where her sleeves almost reach her shoulders. I suppose this could be normal as perhaps in some items the cake doesn’t get into place as easily as it did in mine; or it could just be the hot weather I’m experiencing right now — the figure being in a van for quite some time and the like. 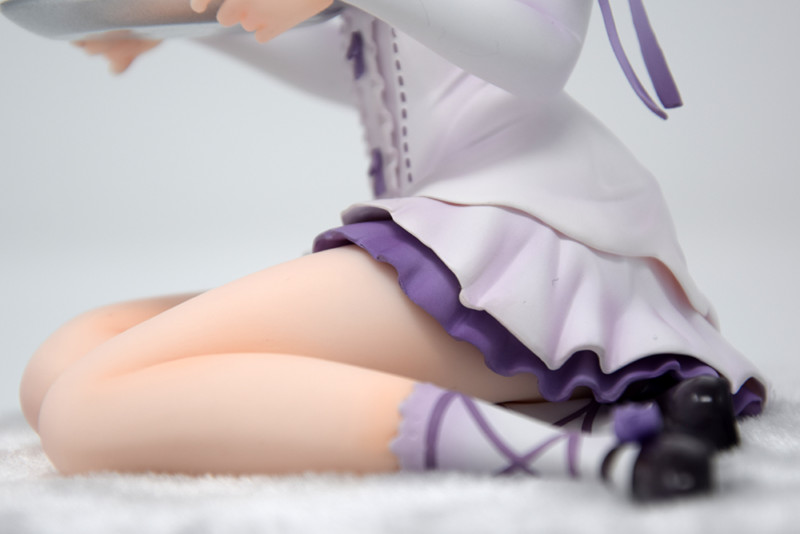 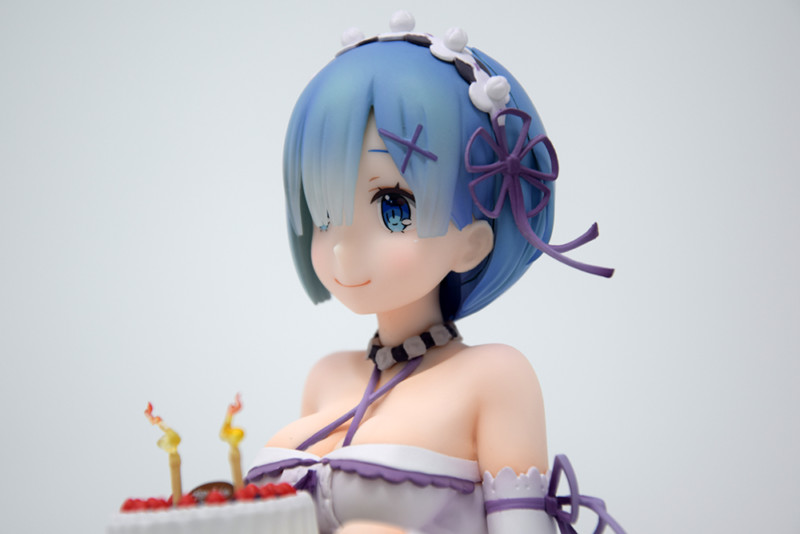 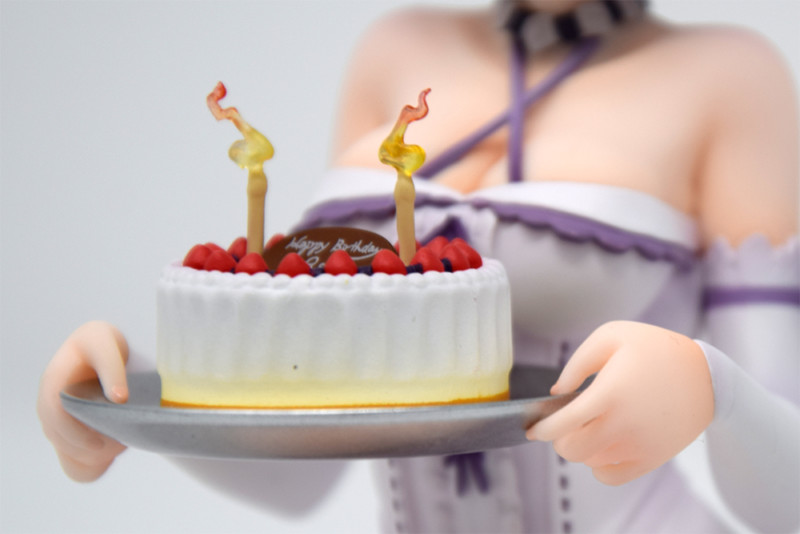 Either way, when I placed the cake in Rem’s hands one arm almost fell off; nothing to worry about as it came back in place with some pressure,though. As soon as the cake is in place, we can place Rem on her base, which is furry, but not before searching for the piece of plastic to be placed between Rem and her base to make the figure stand the right way. 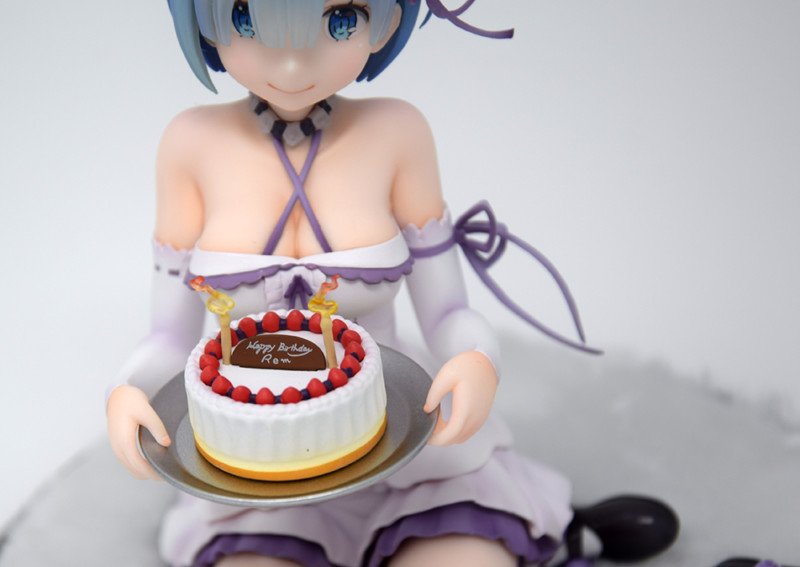 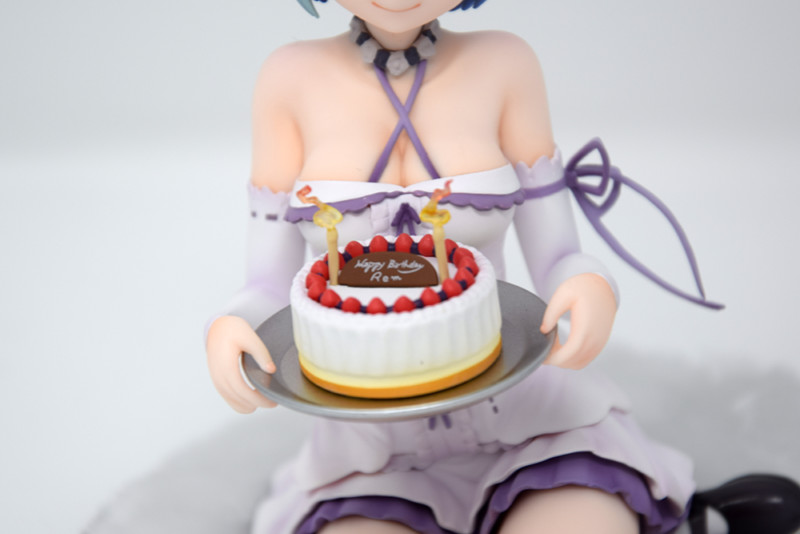 The piece of plastic is fastened to the blister with some tape, though it isn’t very noticeable as it is made of the very same plastic the blister is made of. Honestly, I dislike how Kadokawa designed this supposed support, for starters because it doesn’t do its work well — the figure still stands oddly even with it in place, because it’s the very same plastic they (and other companies) used for the inner packaging. Well, at least this piece doesn’t get too much notice once it’s under Rem’s skirt. 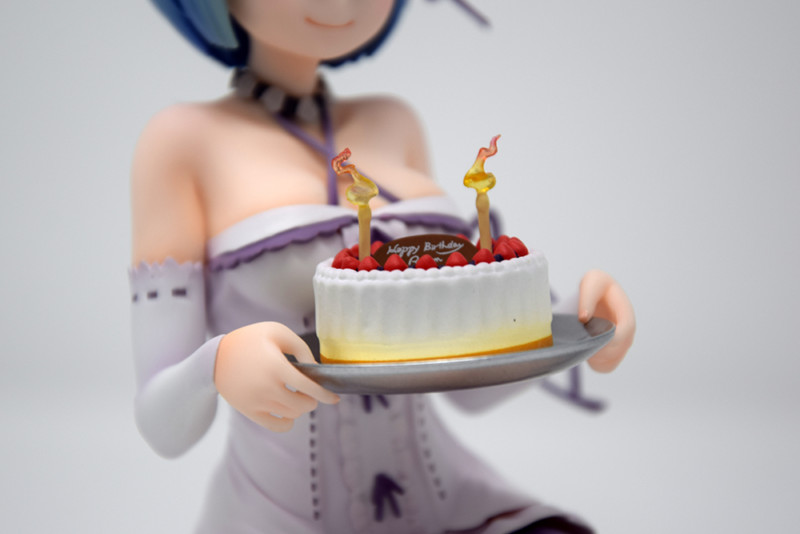 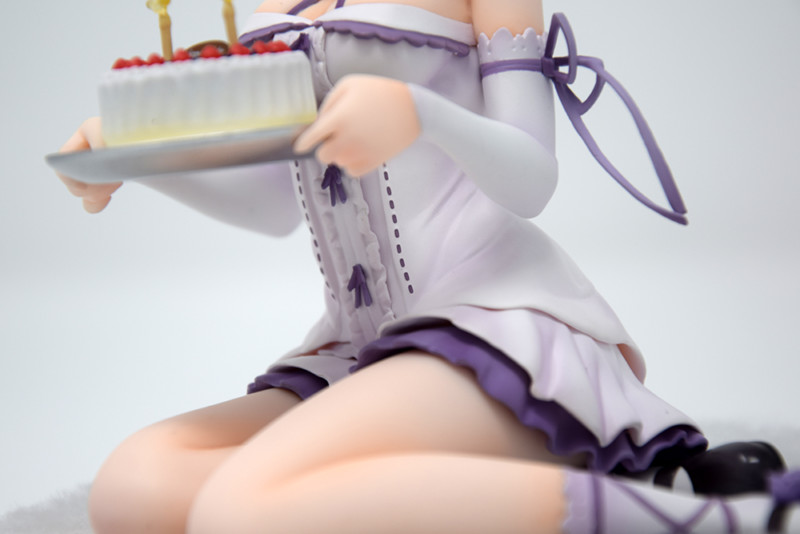 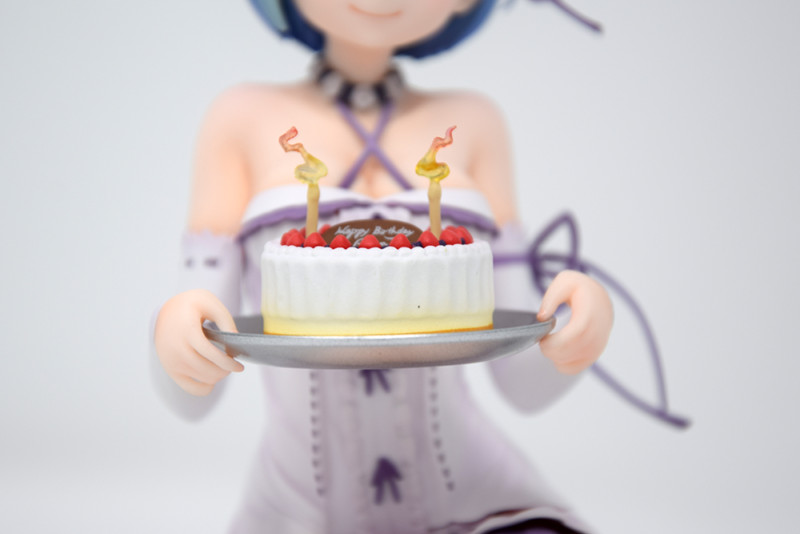 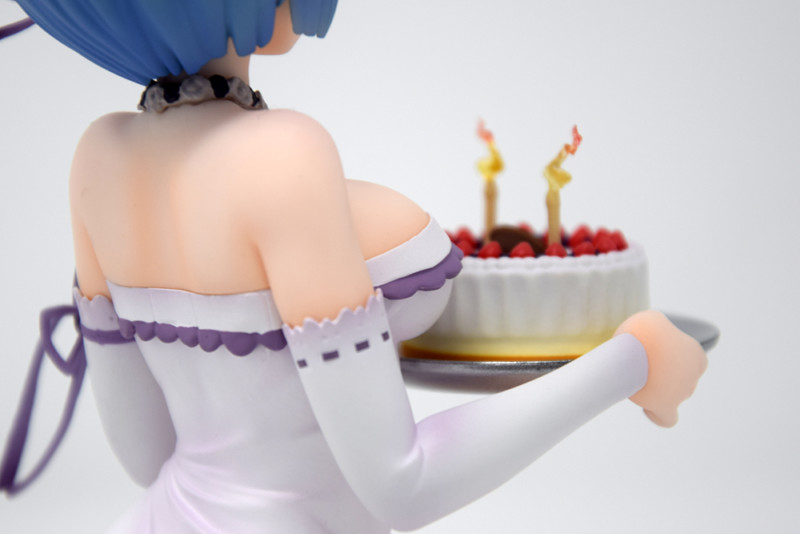 As I said, the base this figure comes with is a dark brown piece of plastic covered with fake fur. It isn’t a bad choice, but I don’t really like fur bases as they collect dust even in closed cabinets and are quite difficult to clean. Be careful with this one, as the fur tends to fall off if you touch it too much. 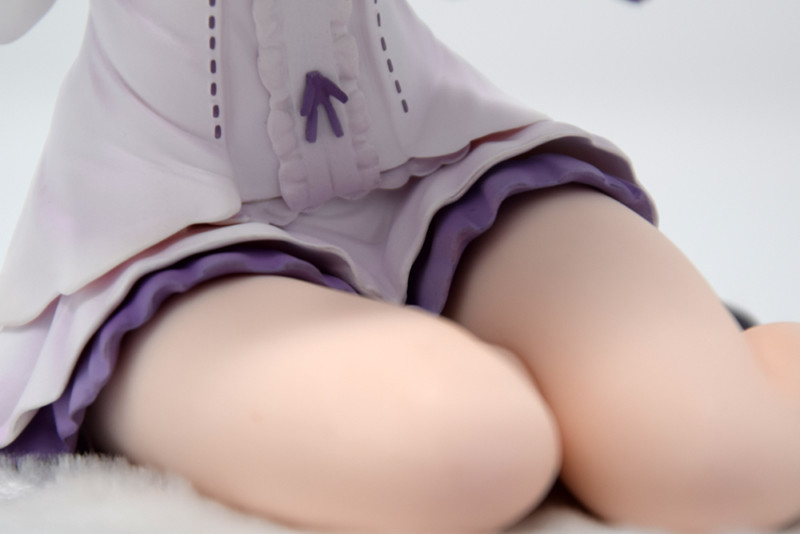 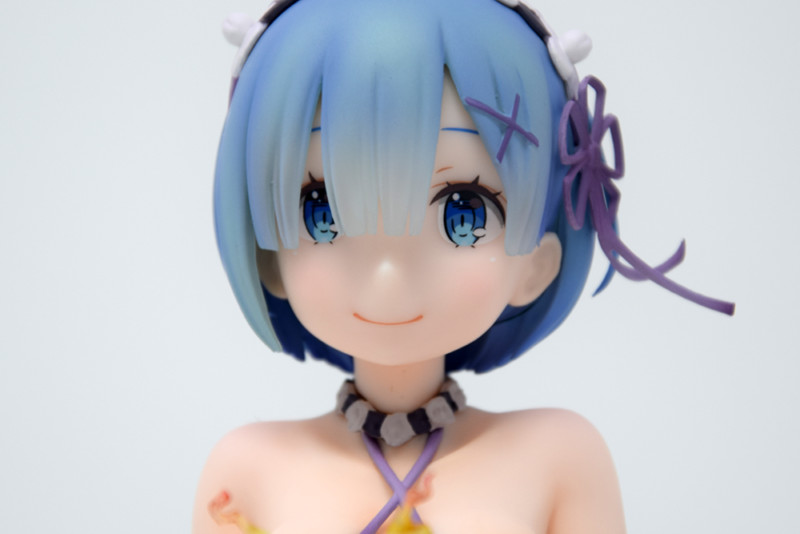 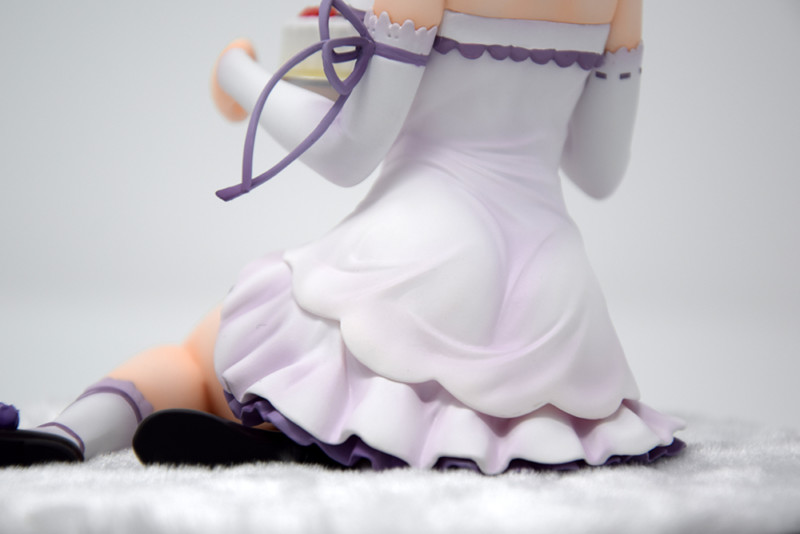 Well, I can overlook these details — my figure has a custom-made Plexiglas base now, and I can definitely say that I adore this precious little thing! Overall, the sculpt is quite good and the paintwork doesn’t have too many flaws. The illustration this figure is based on really highlights Rem’s soft side, and Kadokawa was able to capture it quite well with this product. 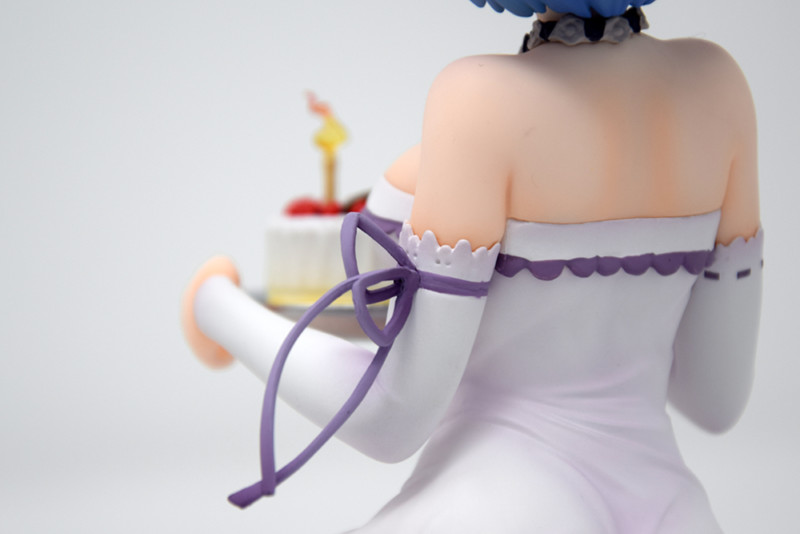 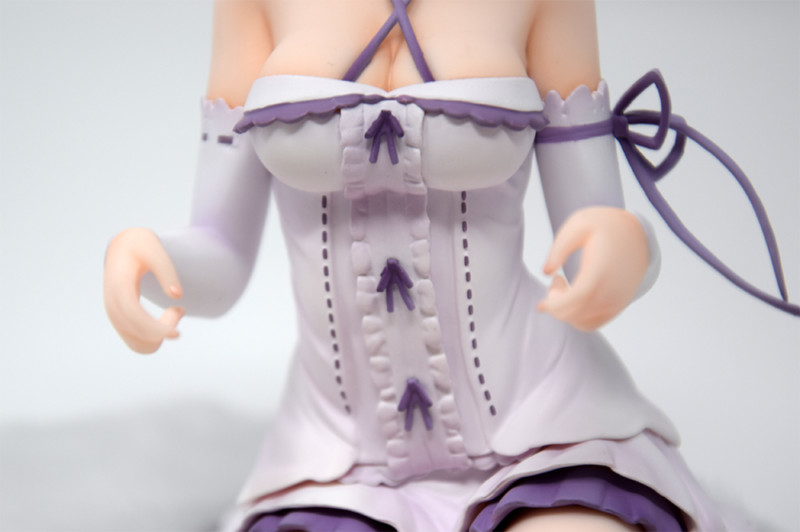 So yes, I feel very lucky to own this Rem figure, which makes a beautiful impression near to my other figures of this character I completely adore!