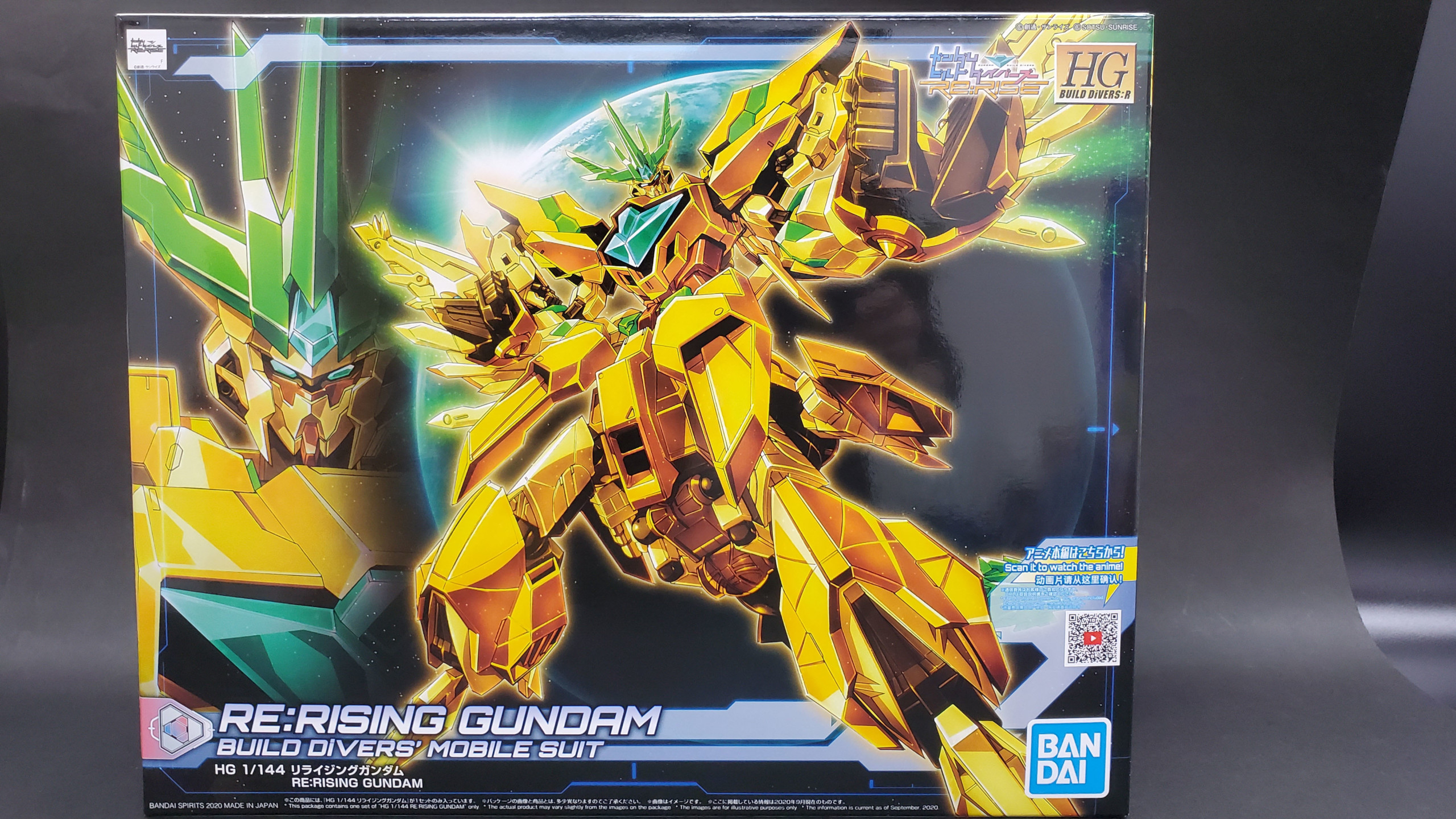 With this new version, you get all 4 kits in one box and in new colors that bring the Re:Rising Gundam together as a more cohesive unit than before. If you love the idea but hated the colors on the first version, or if you’re missing a kit or two needed to build this beast, then this kit is for you! 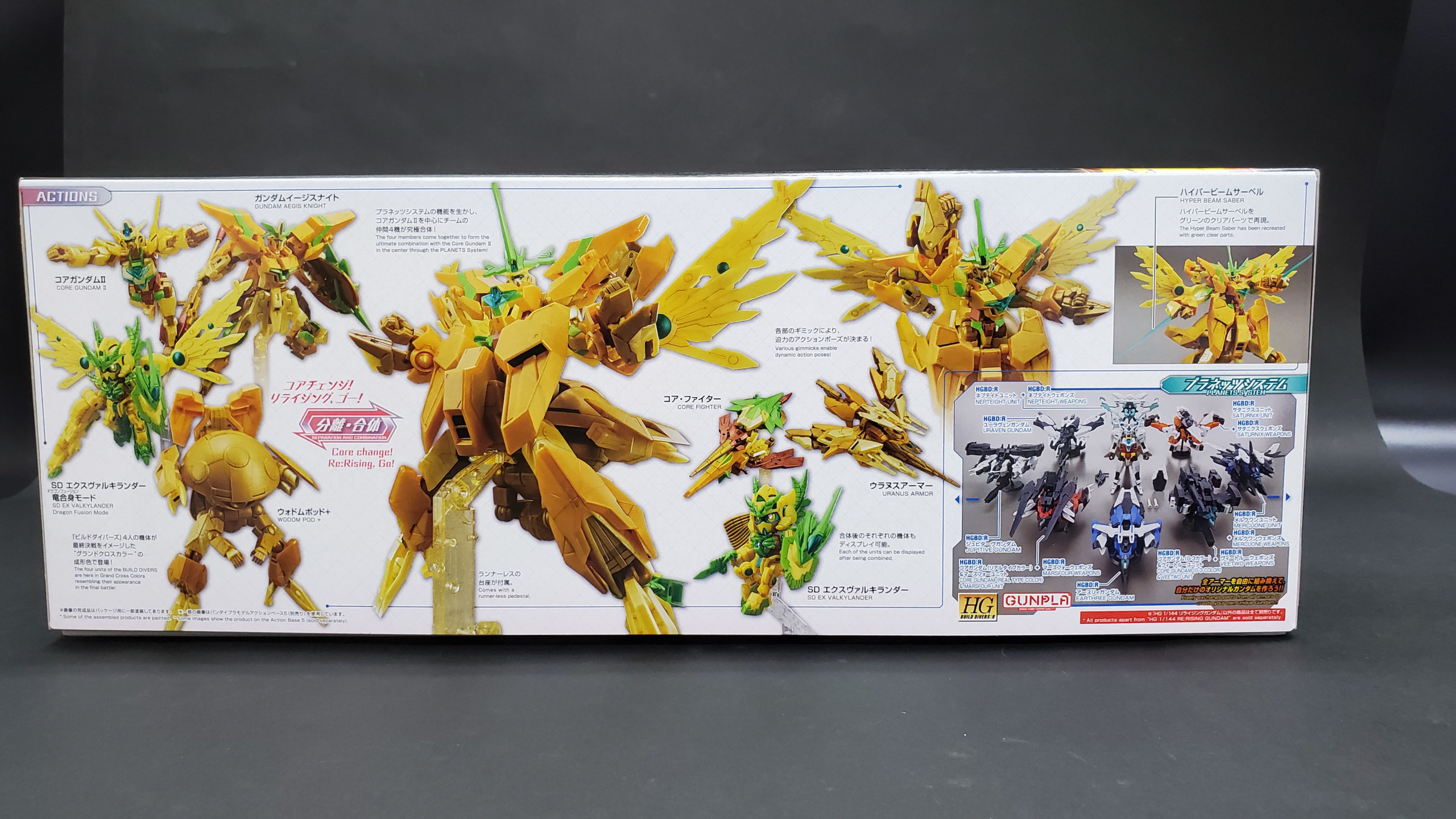 Look, there’s so much going on here I’m not going to get into it — just check it out for yourself! (That Wodom Pod is looking sharp…) 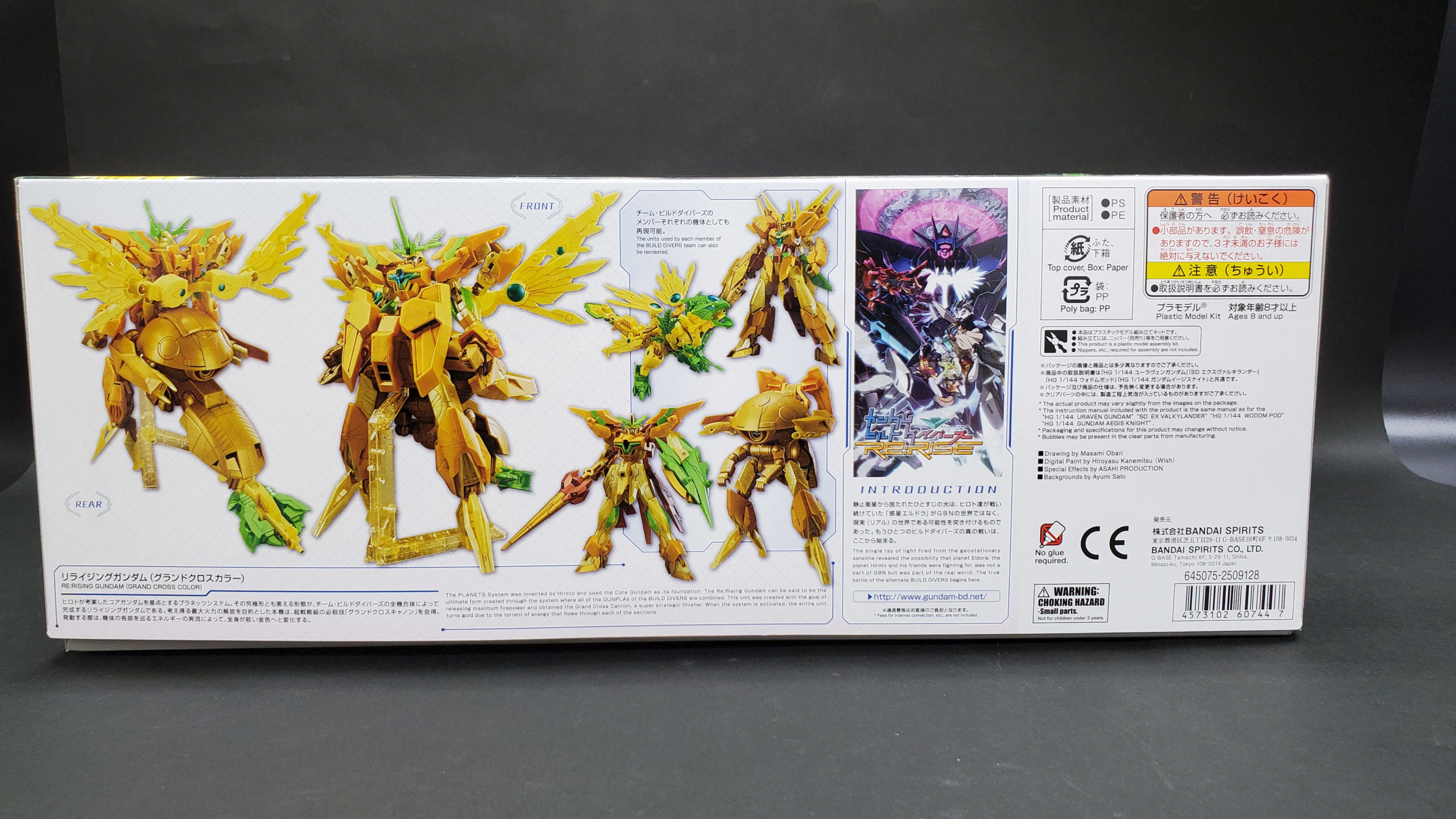 This side is a little tamer: a front and back shot on the left, and a breakdown of each individual contained kit on the right. 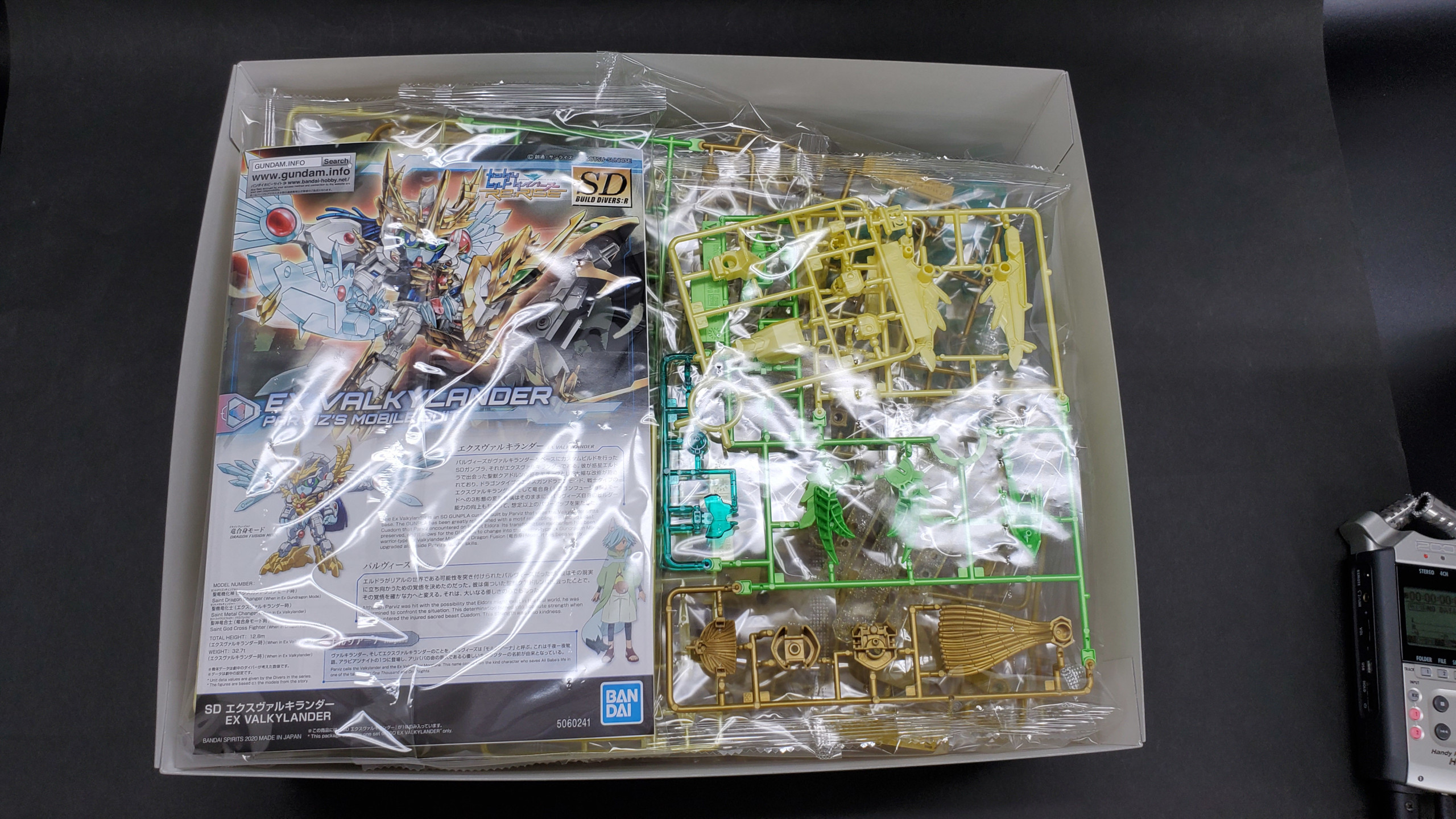 …this is a pretty big box. There are 3 HGs and an SD in here, after all!

There are so many photos to this one, we’re going to make it a little easier and present them to you in a gallery this time!

As you may expect, you get a copy of each of the four kit’s manuals in this box, rather than one united manual for the Re:Rising Gundam. This really is just a recolor and repackage, rather than containing any new material.

So, what do you think? Are you a love it or a hate it person when it comes to this one?