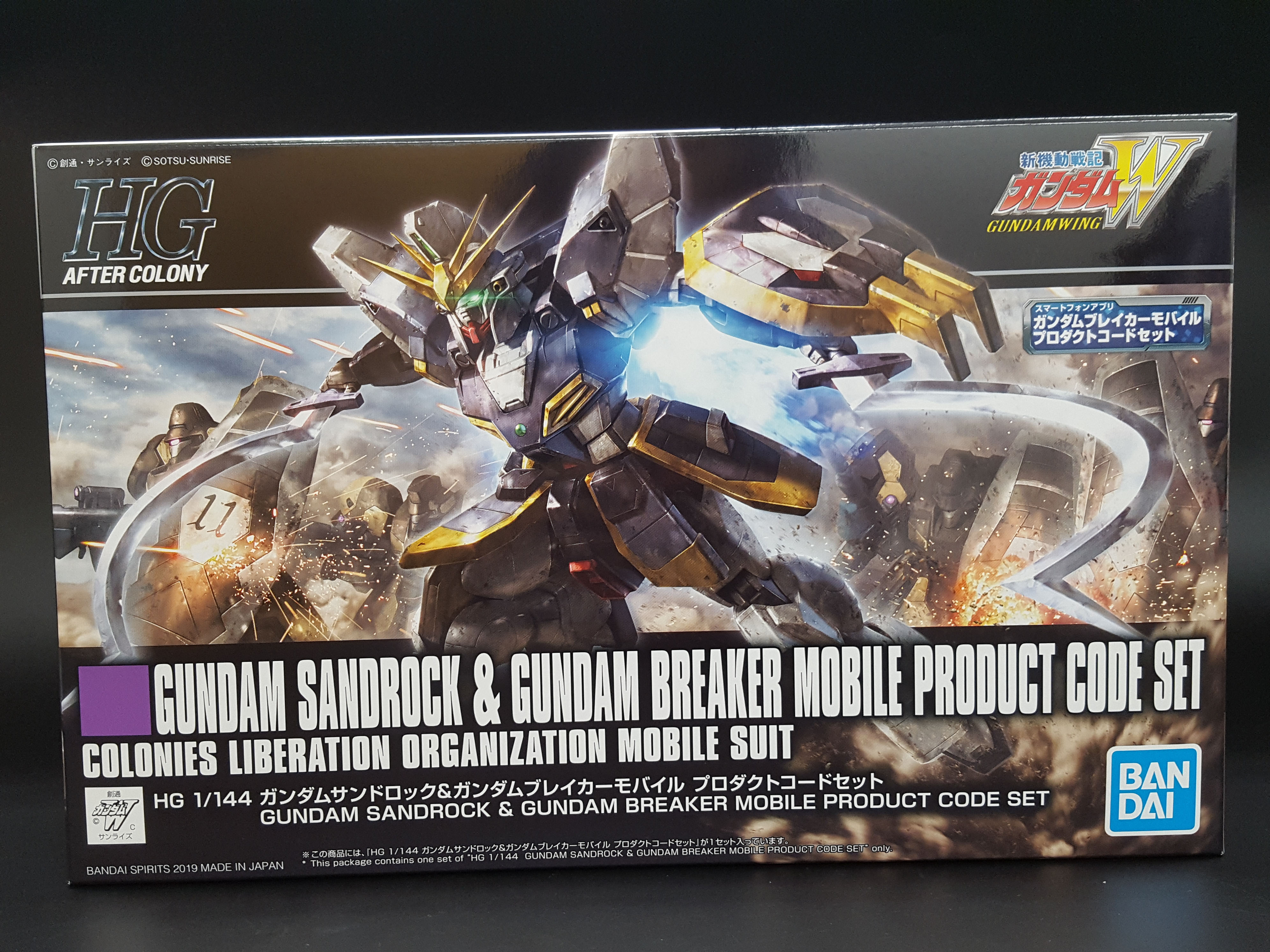 The hype is real: the new HG Sandrock is the first general Sandrock release in 8 years (after the MG EW version from 2011).

“Gundam Wing” had a monopoly on mech anime where I was raised (in the US) at the turn of the century. There just wasn’t much available, and anime was just starting to climb its way into the mainstream after the success of Pokemon. Cartoon Network launched its Toonami programming block, and I was right there — with “Gundam Wing” — from the beginning.

But it’s not just me — Wing in particular is so nostalgic for many because it was the gateway series into Gundam for a lot of us. It’s no wonder that there was so much excitement when this kit was announced.

I’d love to hear about your memories of the show in the comments!

And now, let’s get down to business! 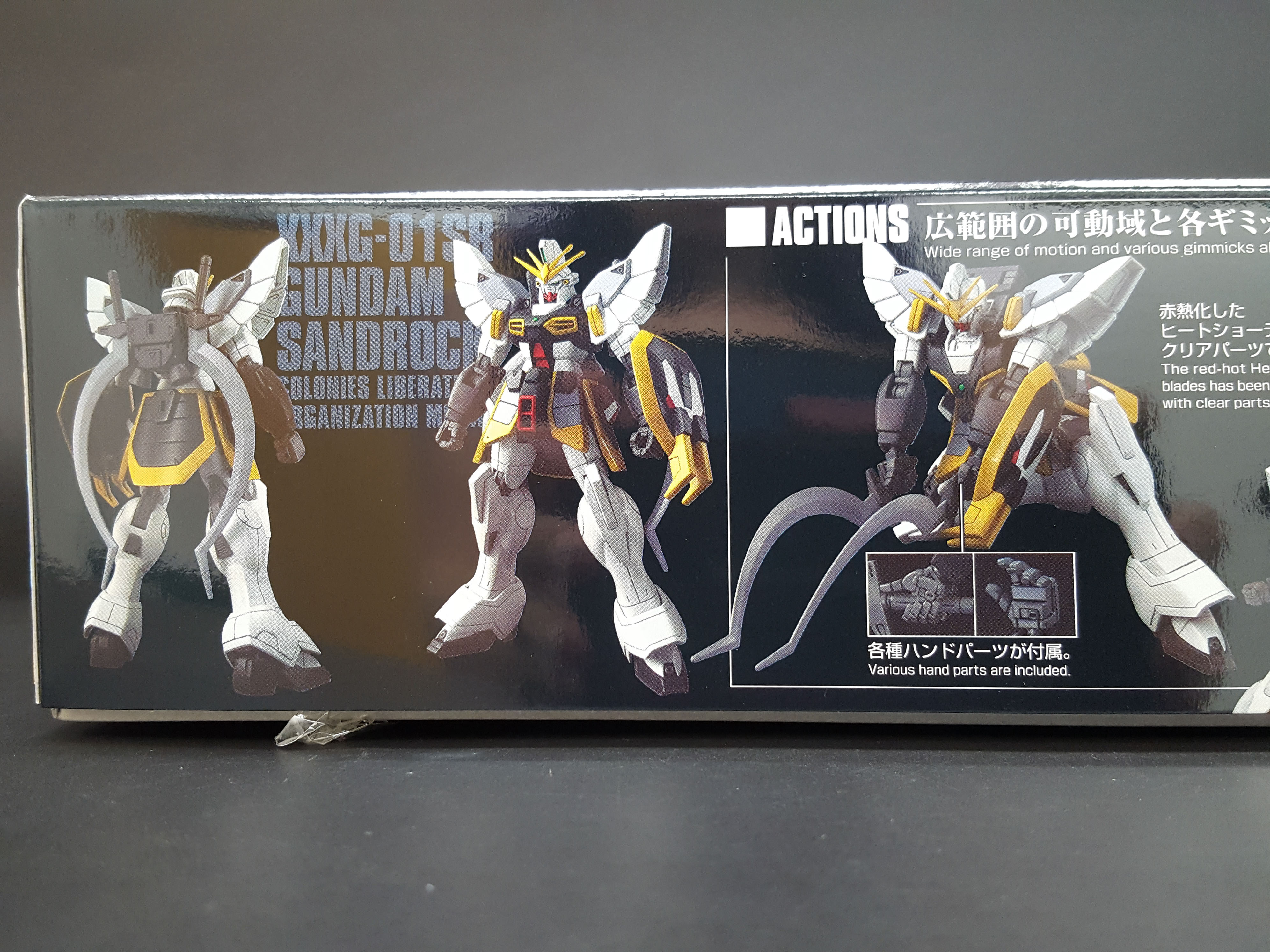 (Pardon the tape. That’s not part of the box.)

As always, we get a front and back view of the completed kit. On the right, we get to see some of the gimmicks. The kit comes with multiple types of hands so you can pose your model with or without the Shotel. 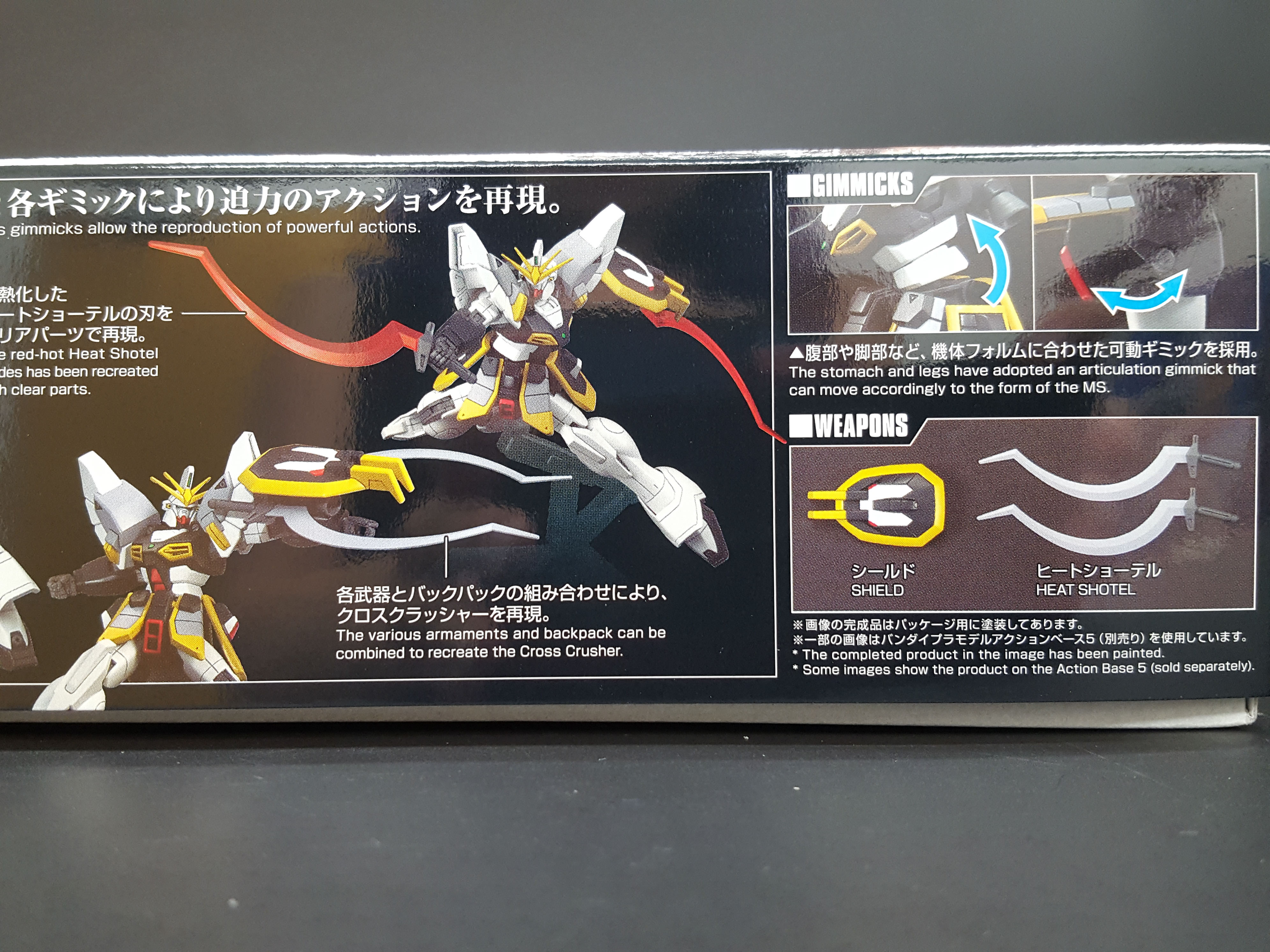 You can also set up the Cross Crusher if you prefer! They snap right into the shield.

The box also points out the specialized waist articulation, which I’m sure comes as no surprise.

All of the runners in this box are updated 2019 molds. This is going to be fun. 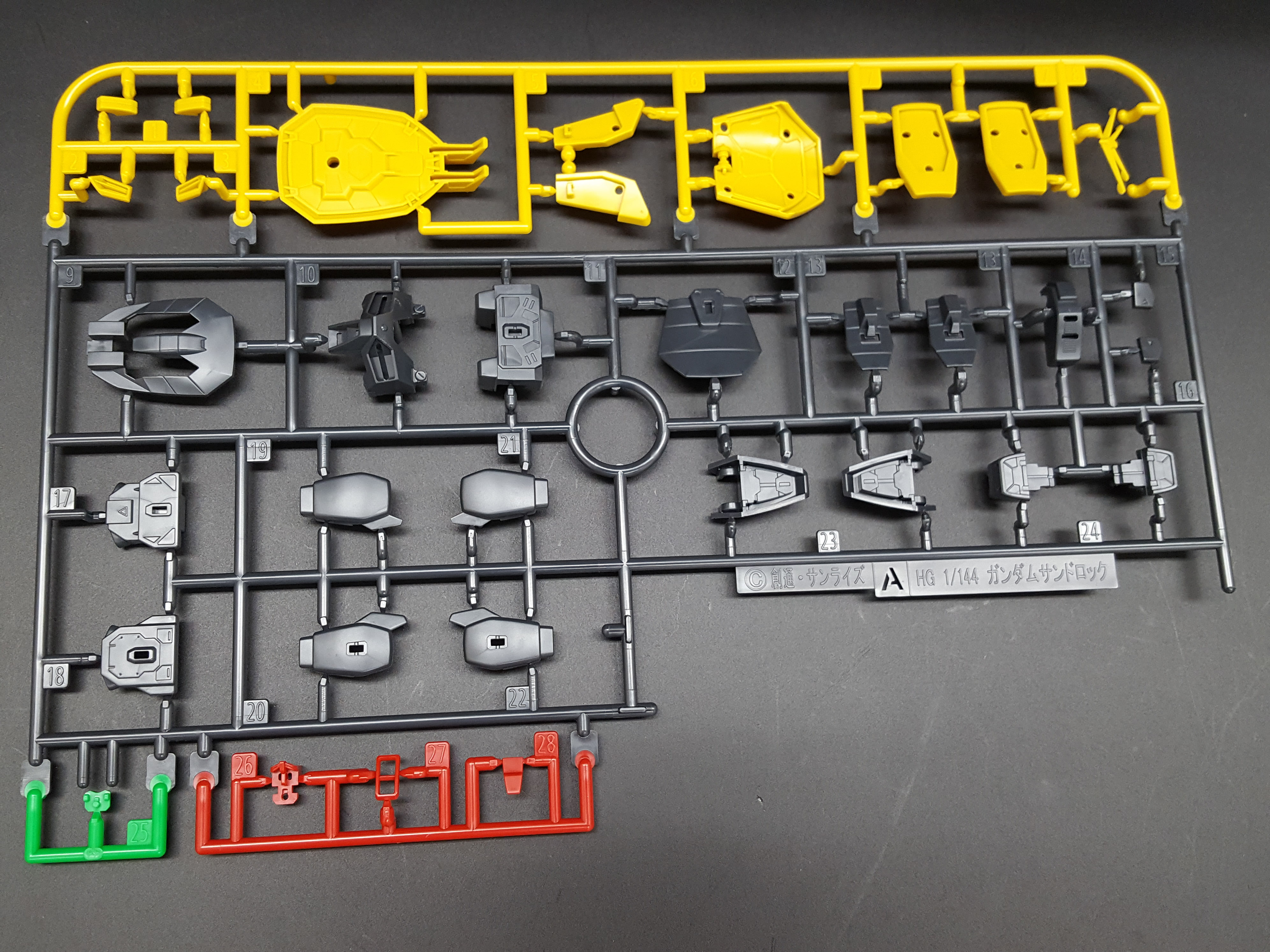 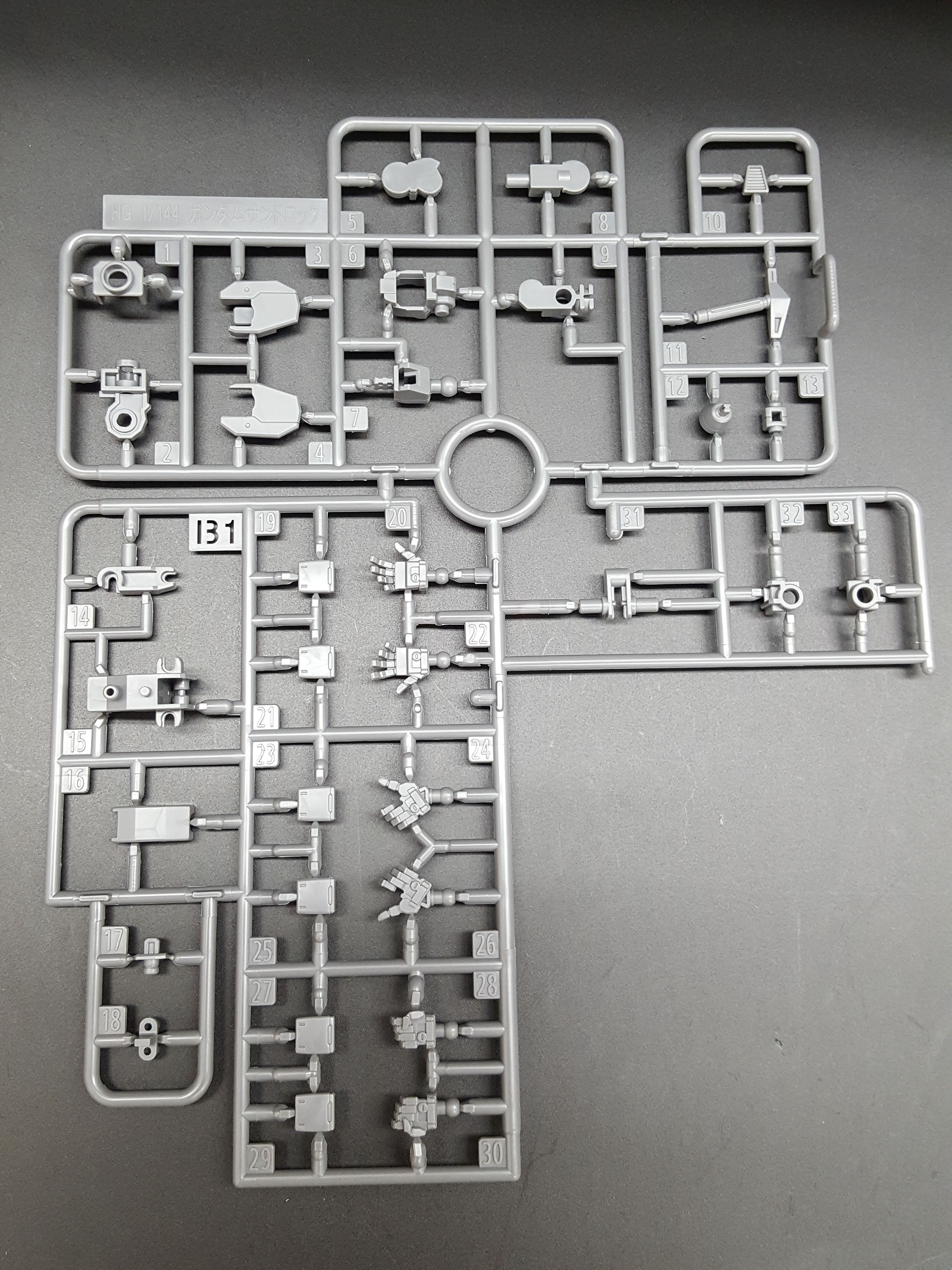 There are three parts of hands in here that are looking good! 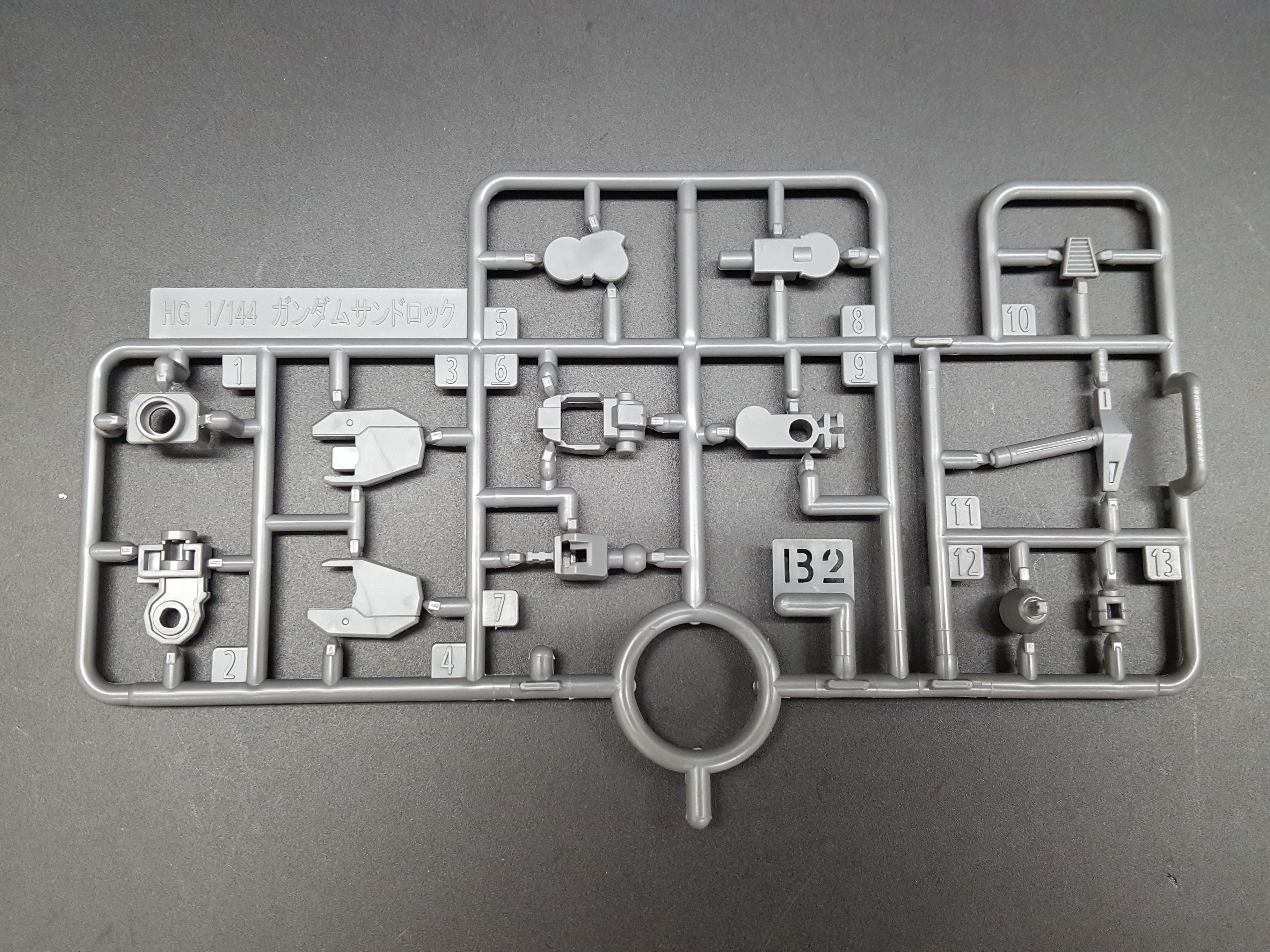 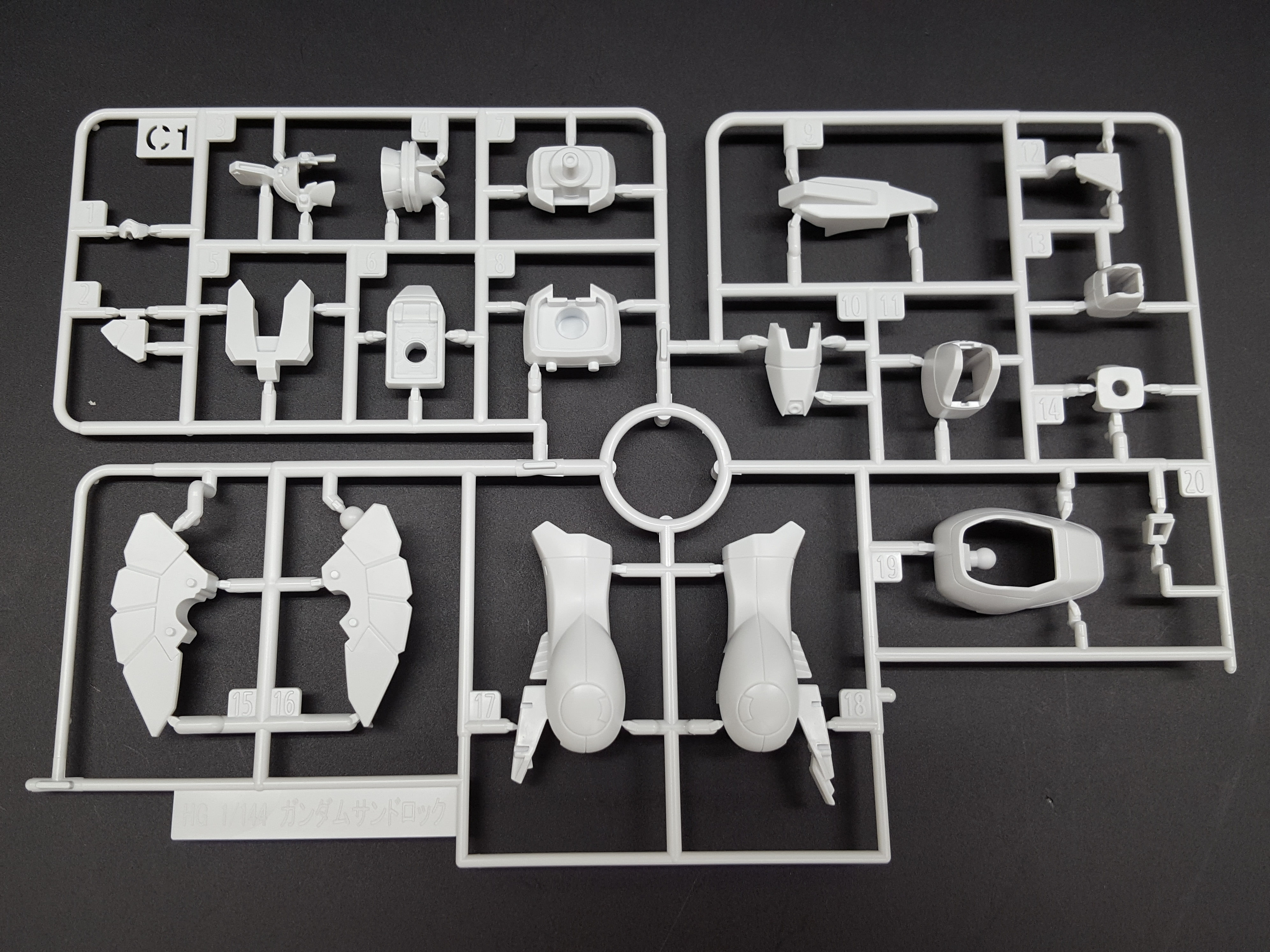 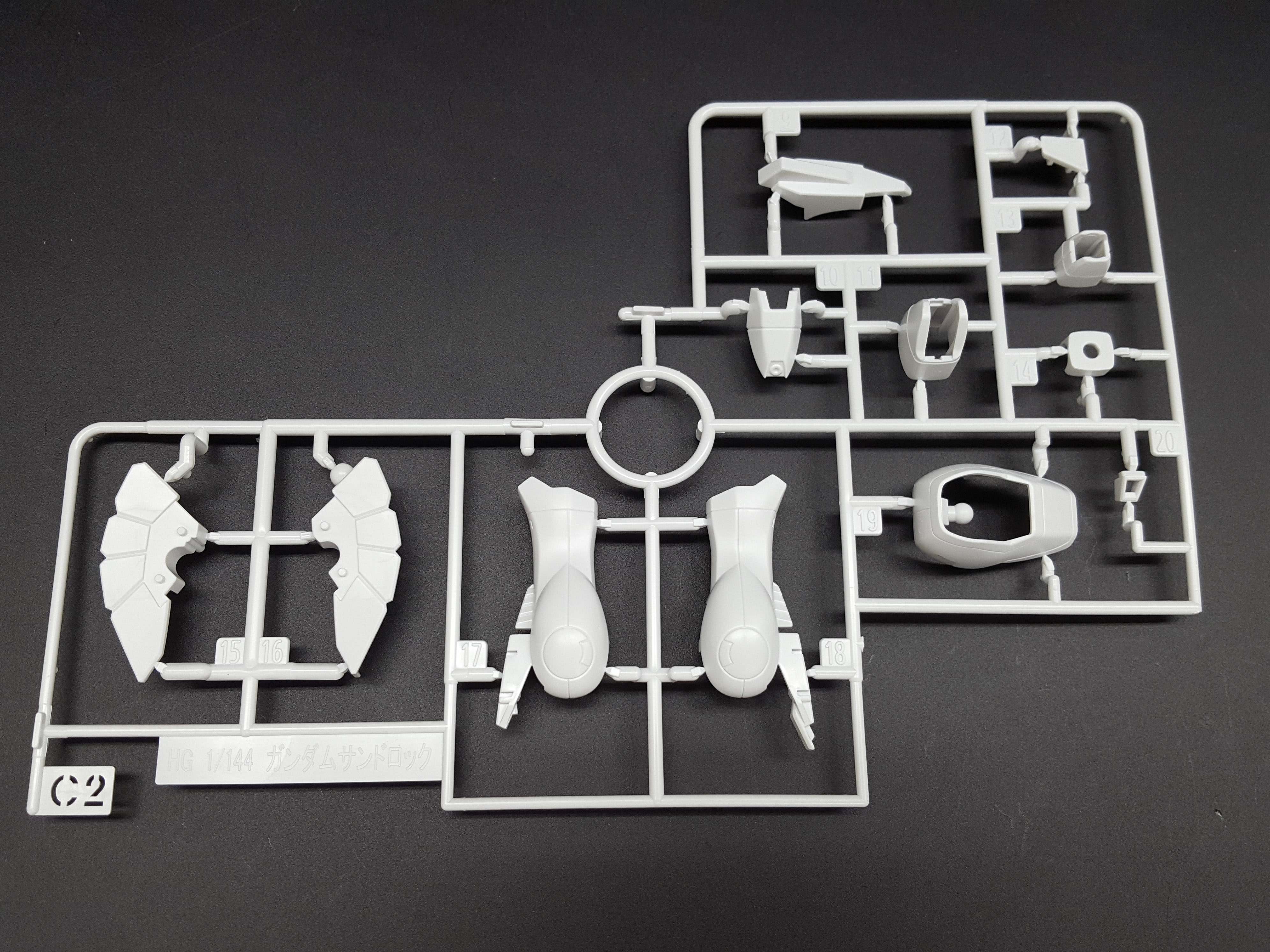 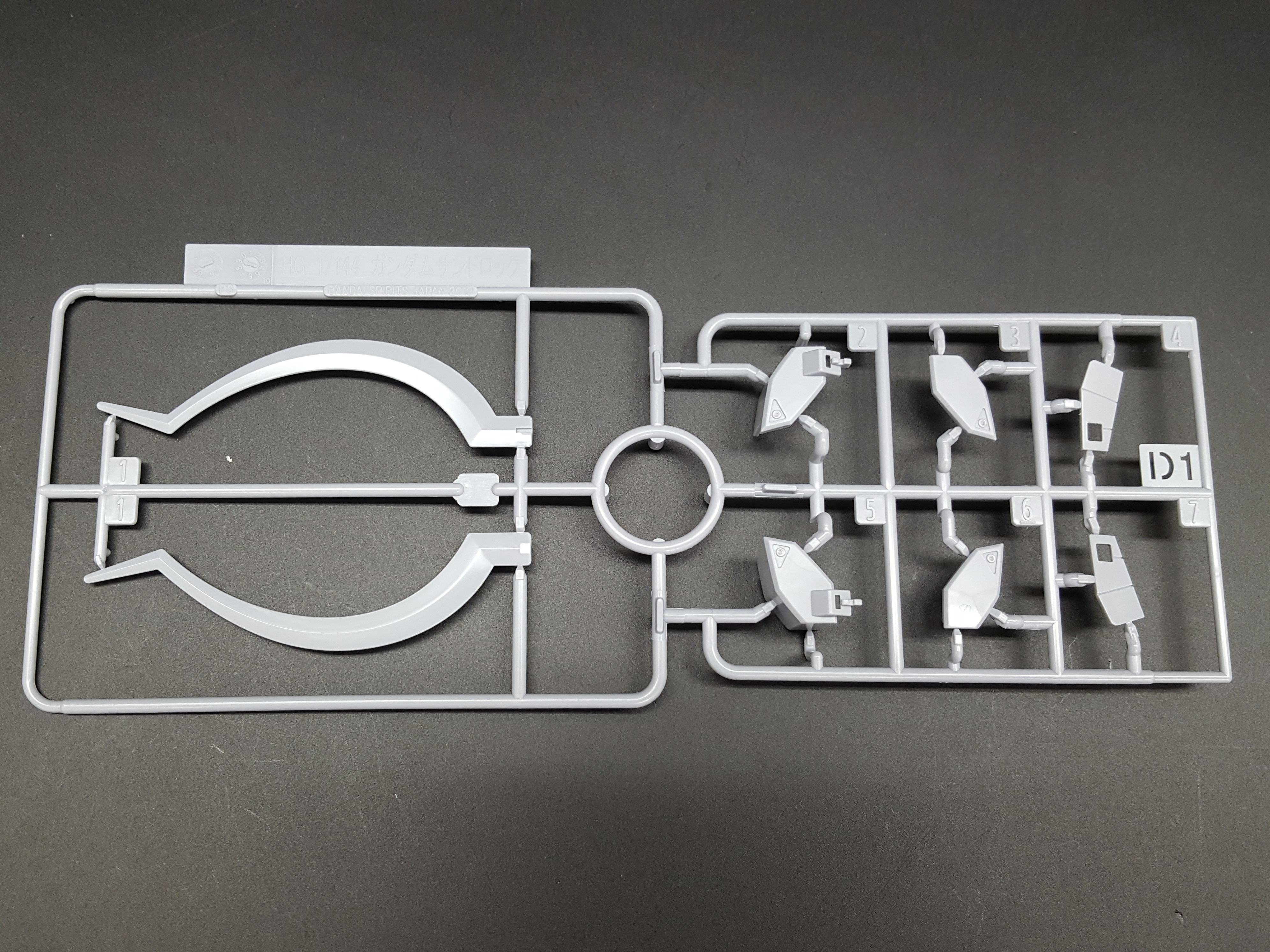 Effect parts for the Heat Shotel And finally, the foil stickers, polycaps, and a code for Gundam Breaker!

I’m pleased to say in closing that I’ll be building this kit to review for you all on Gunpla TV next week! The 1/100 Sandrock Custom from 2000 was my first Gunpla build ever, almost 20 years ago, so I’m hoping to bring the nostalgia in my review!

In the meantime, you can pick yours up here:
– 1/144 HGAC Gundam Sandrock