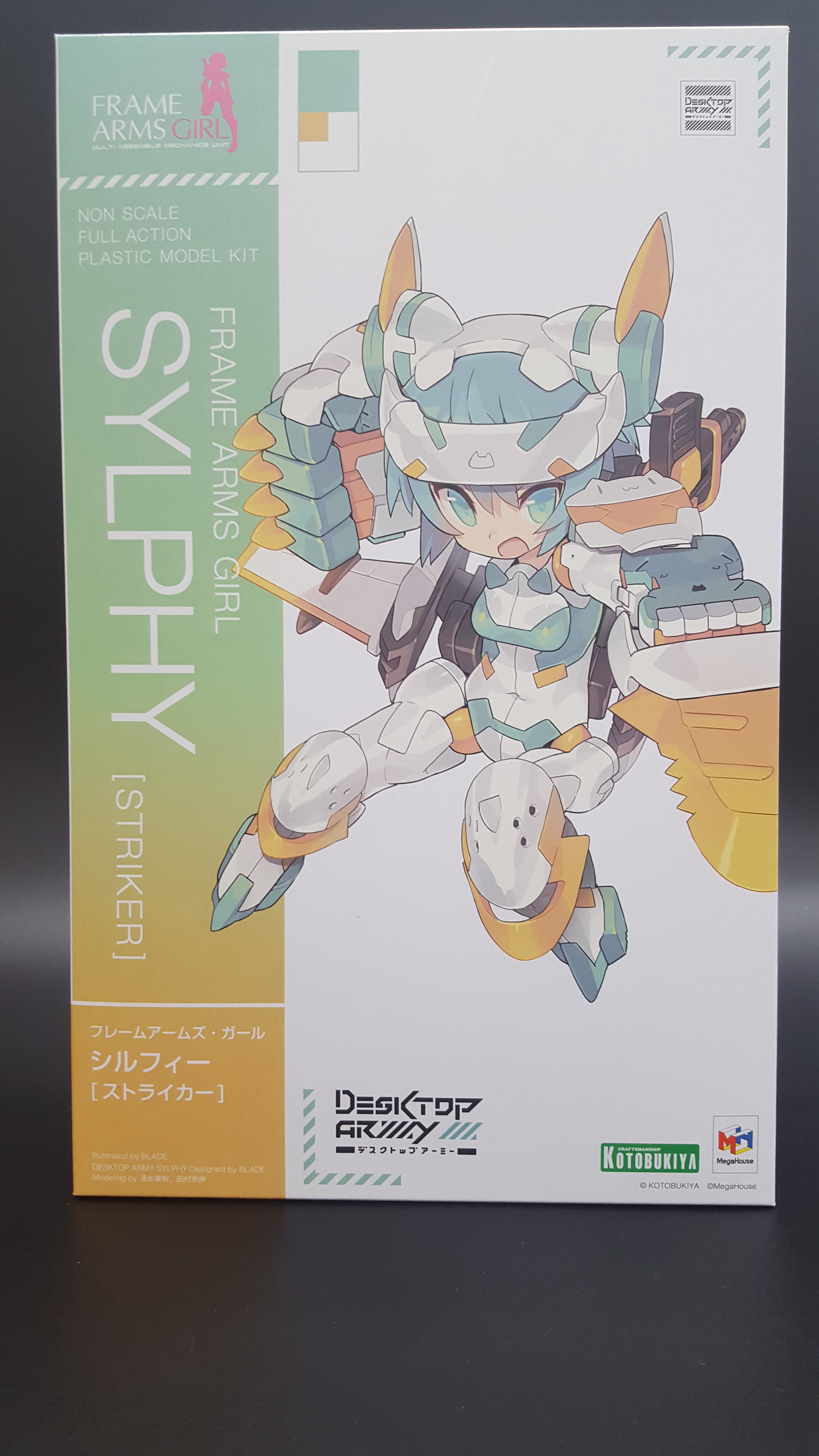 The most recent release in Kotobukiya’s Desktop Army line, Frame Arms Girl Sylphy (Striker) is here! Like the Hatsune Miku kit we looked at recently, there’s a whole lot of color and a bit of prepainting to help make this kit an easy out-of-box build. 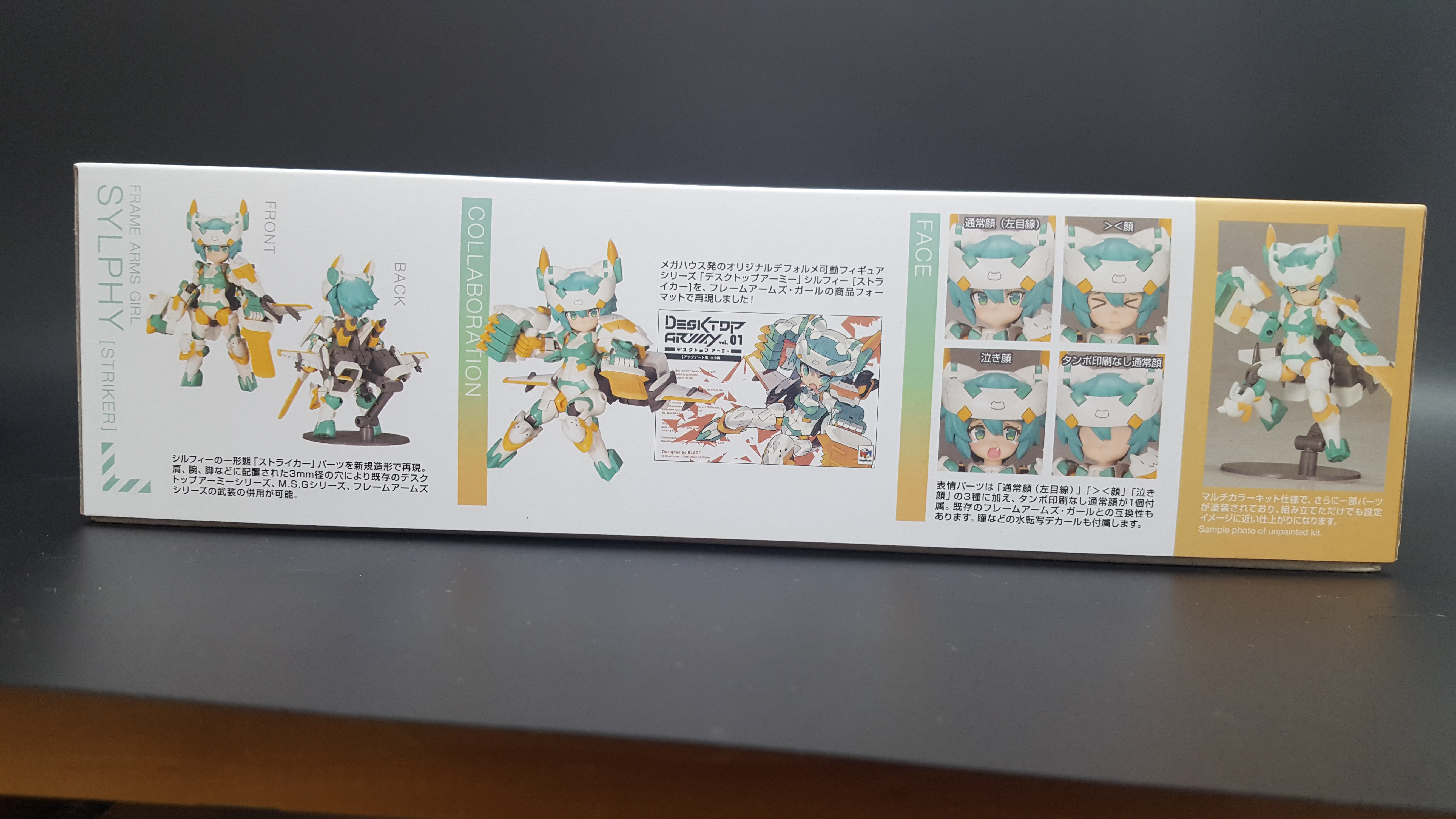 Only one side of the box has kit details this time, so we’re only taking a look at that panel — but there’s a good amount of stuff to look at! Again, Kotobukiya doesn’t provide details in English (only Japanese), but here are the features they point out: 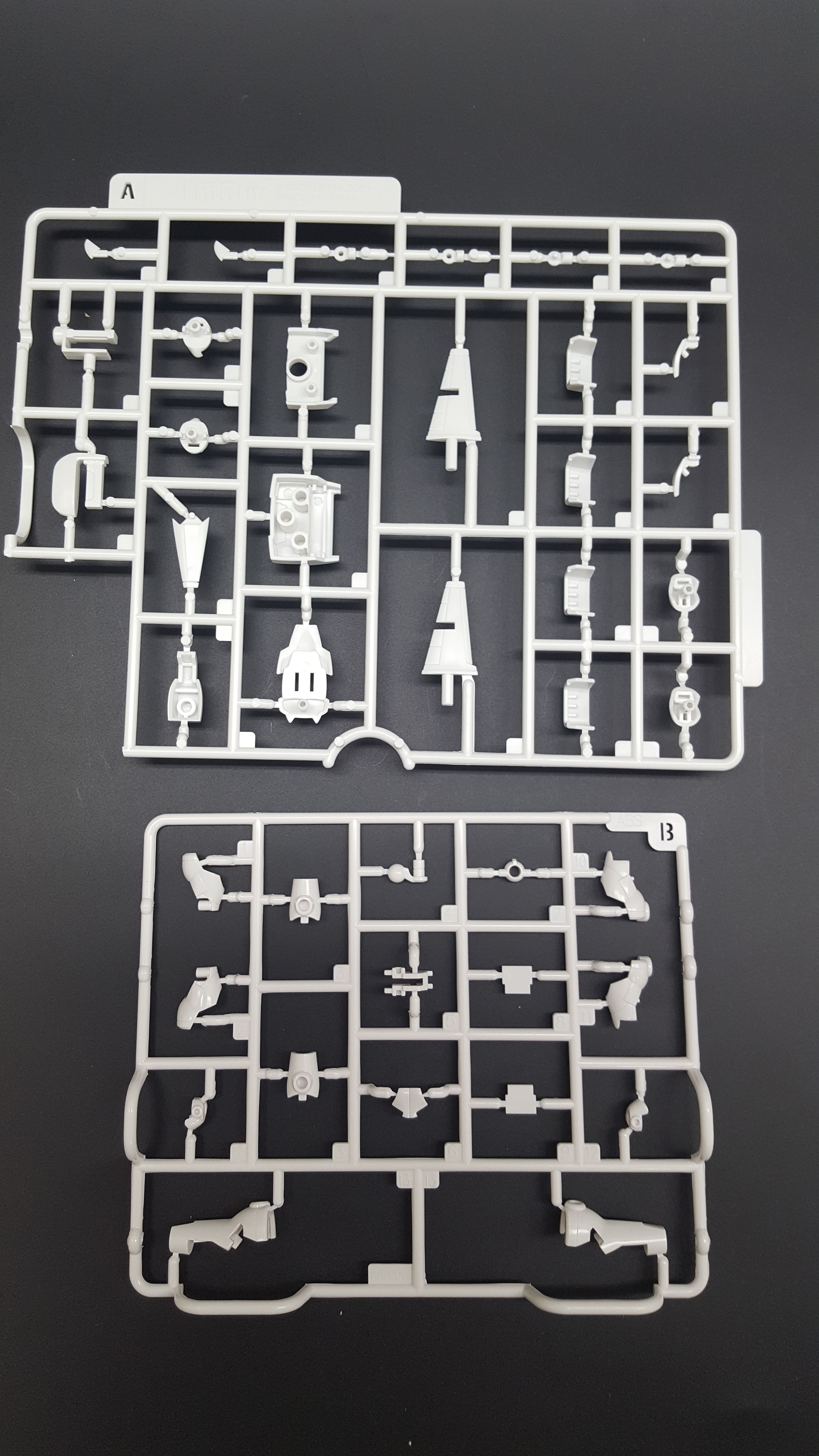 Runners A and B are molded in white, and present most of the body parts. 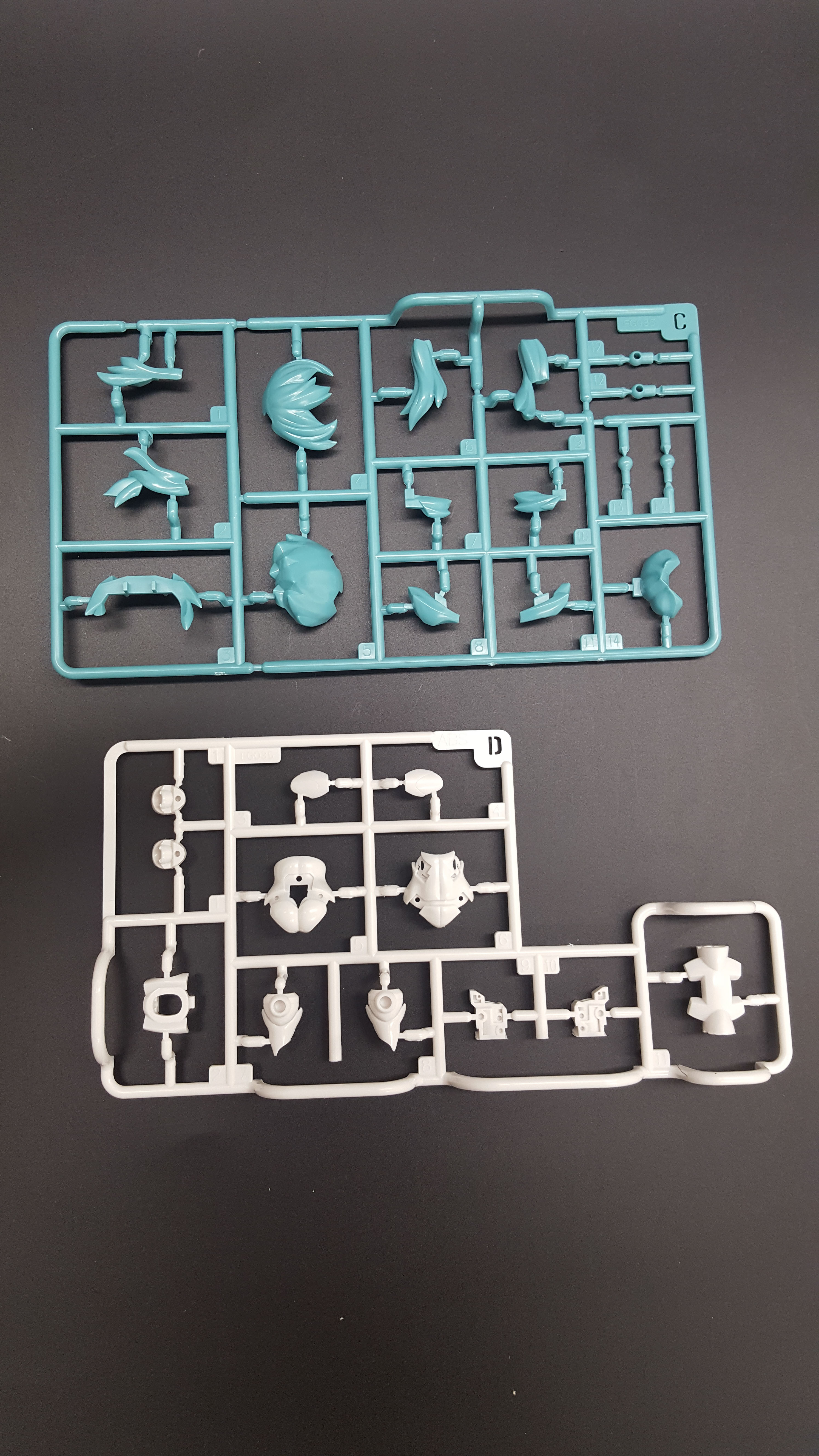 C comes in mermaid green for Sylphy’s hair, and D is more in white. Some of her torso parts are here. 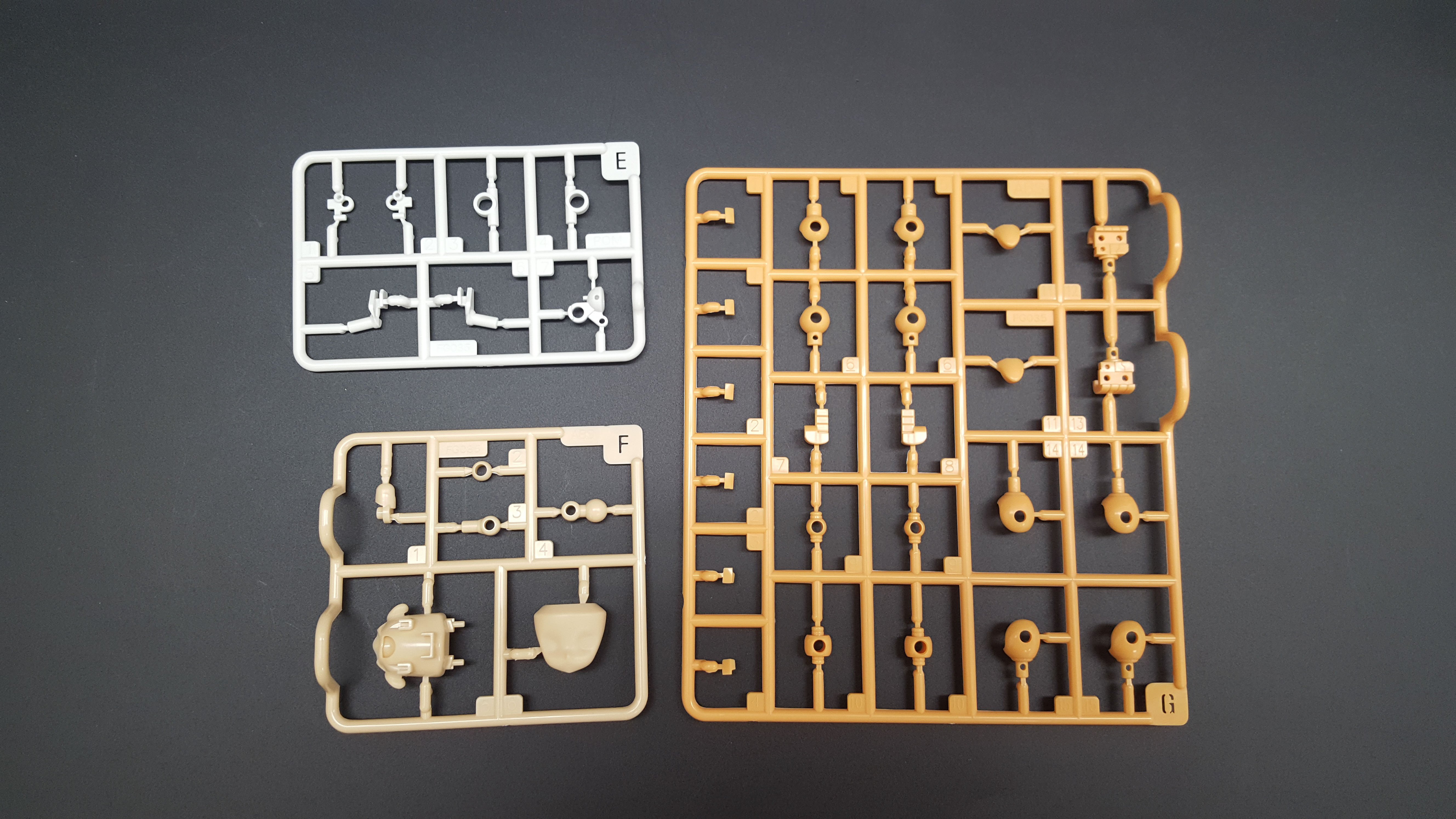 E, F, and G are mostly joints, though F does include Sylphy’s unpainted face plate. E is molded in white, F in flesh, and G in orange. 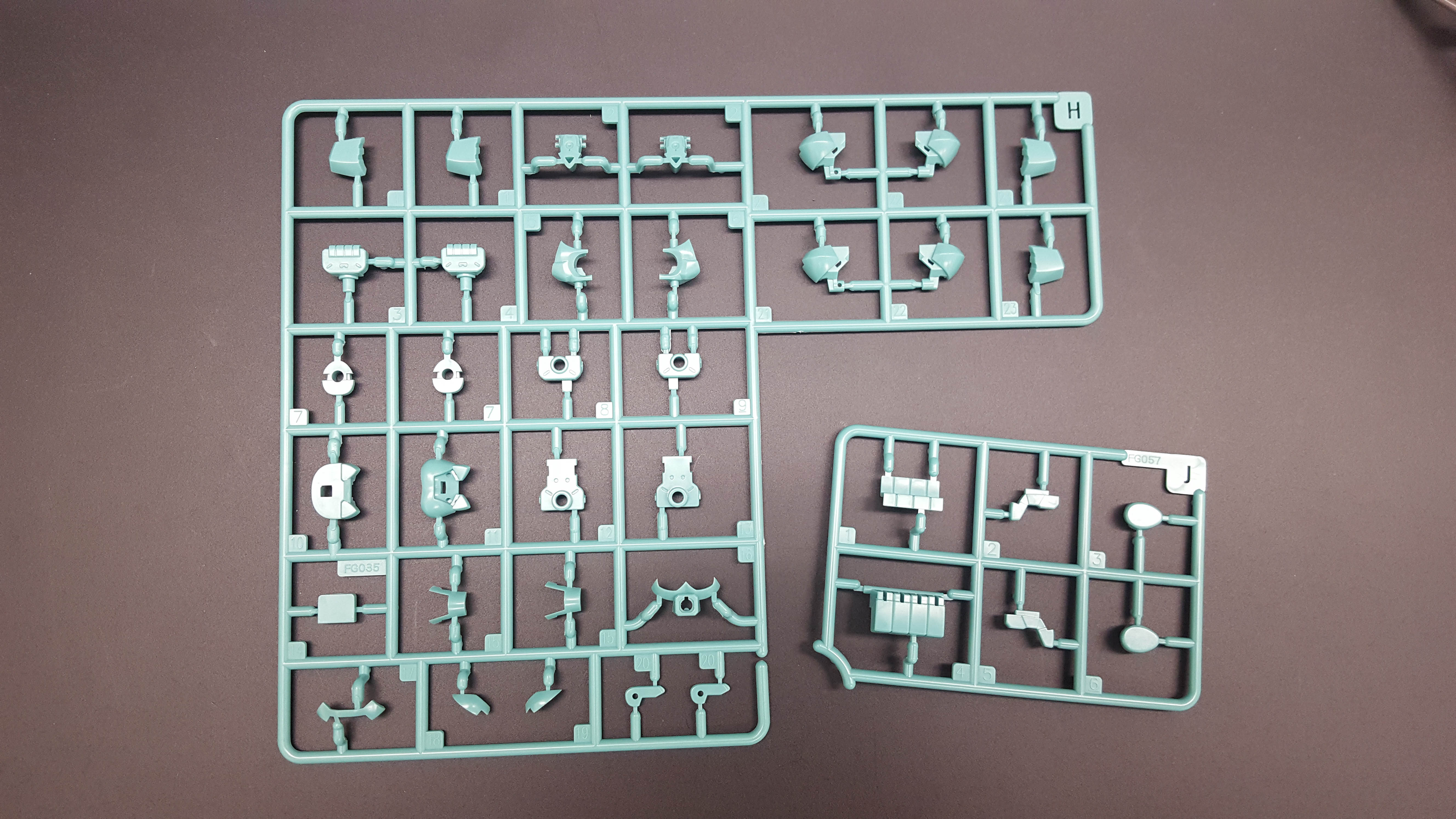 Mermaid green is back — in a paler shade — for H and J’s mechanical parts! 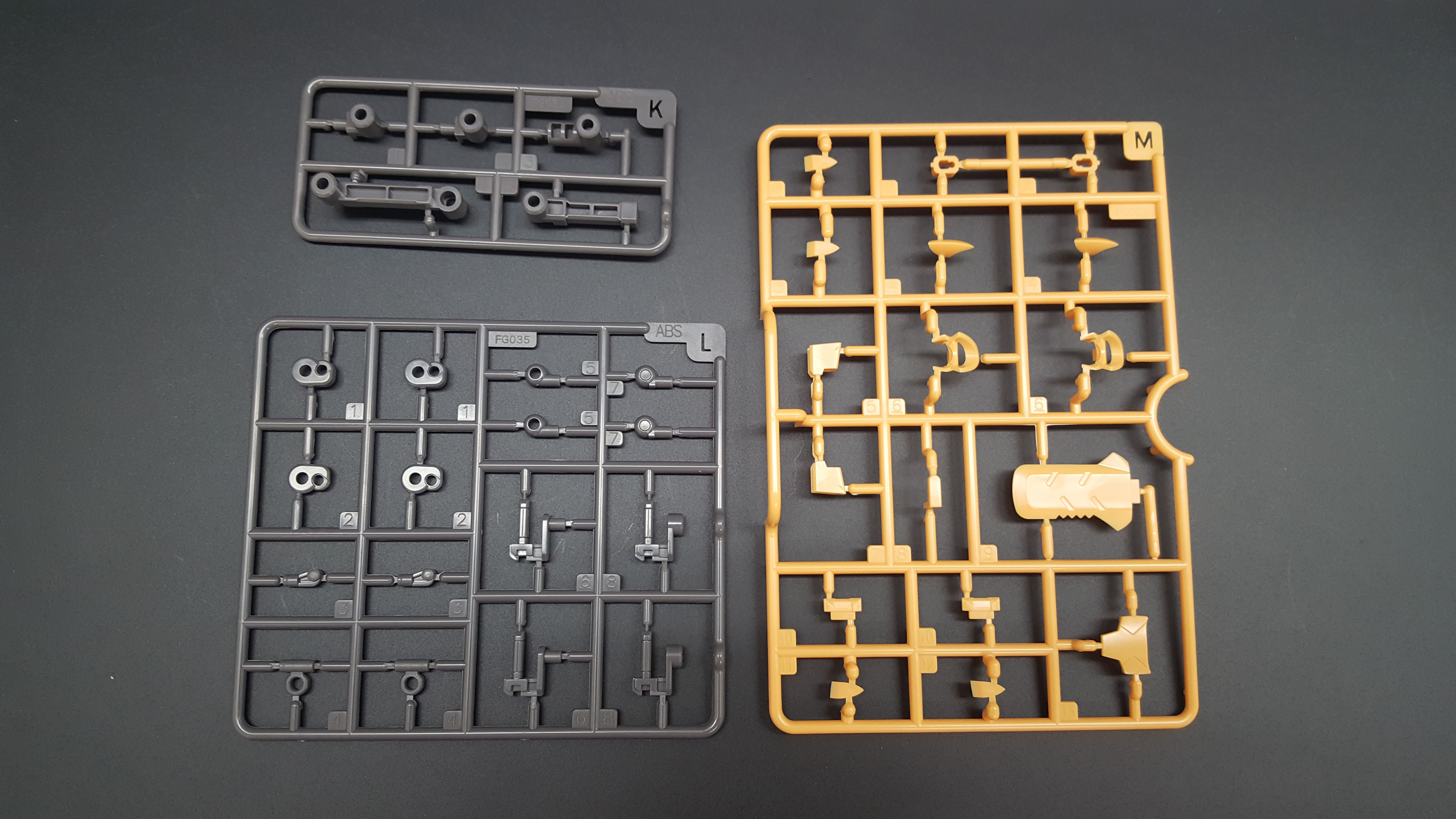 …and more mechanical parts here for runners K and L, only in dark grey. You’ll use K for the arm on her display stand. The orange M runner includes her weapon blade and some accent parts. 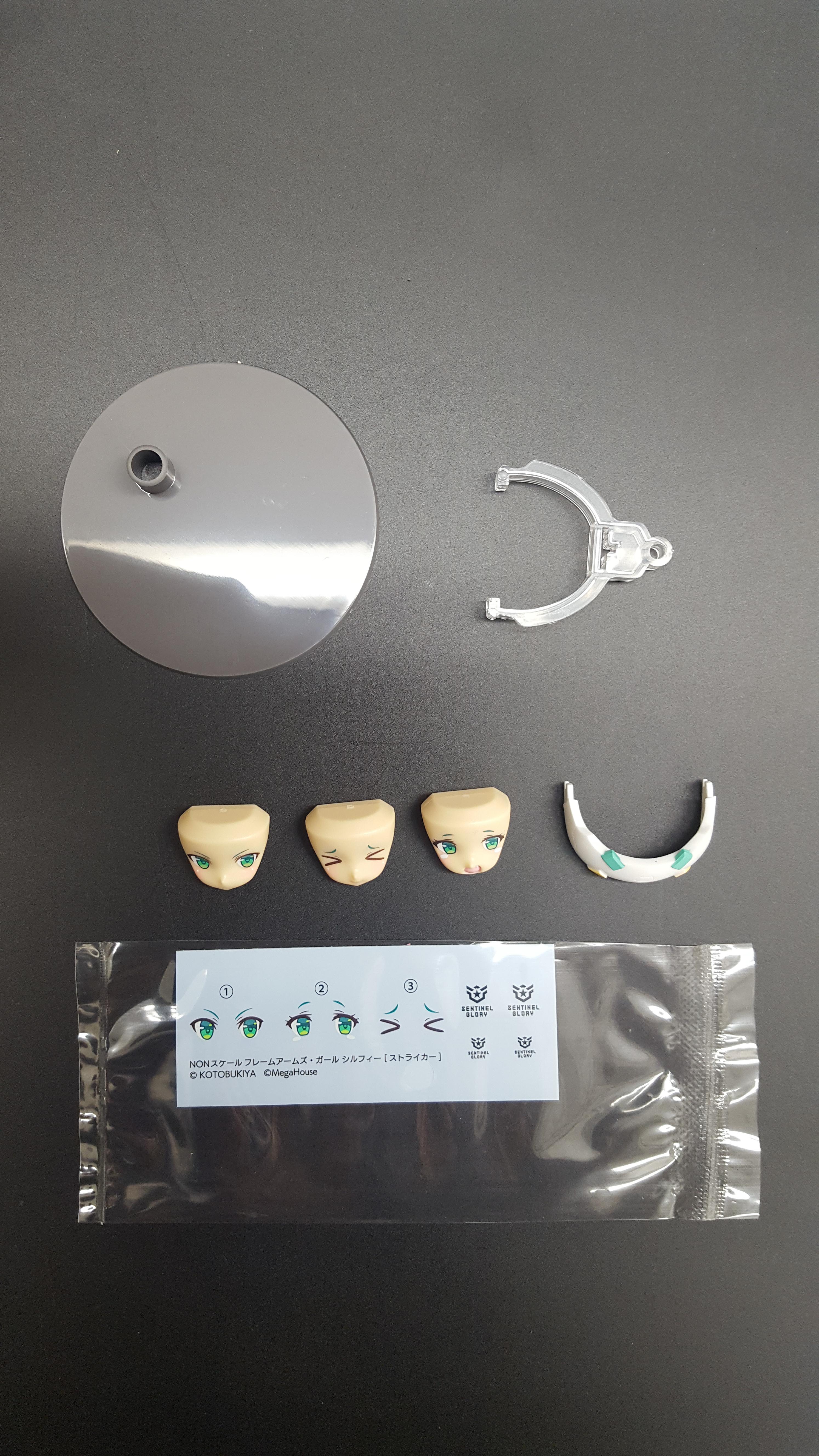 Here are the fun additional parts! Sylphy comes with a display stand base and a clear arm to hold her in place (but you’ll build the jointed arm that connects the two piece together). Her prepainted faceplates are indivudually packaged to protect them from scratches, as well as her headband piece that includes green and yellow coloring, too. We also get decals for making a custom face, and Desktop Army emblems, too!

One thing that stands out to me about this kit is the runner size — most of the runners are quite small, which lets Kotobukiya provide you with this fun array of colors so you really don’t need to paint much, if at all, to get a really nice out-of-box build. Really, just looking at the box photo of the unpainted completed kit, aside from some simple panel lining, it’s hard to see much of a difference at all!

I would recommend this kit for casual Gunpla modellers, or other folks who just want a fun build without worrying about adding their own details.