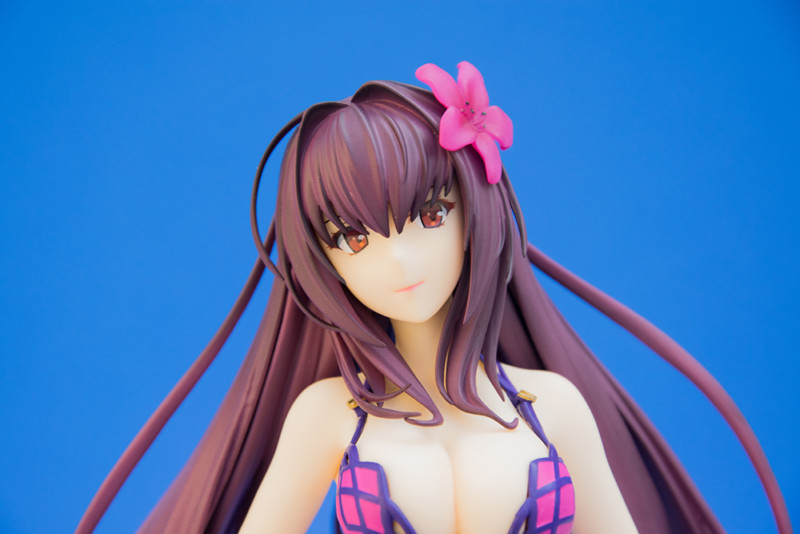 PLUM’s Fate/Grand Order: Assassin/Scathach figure comes in a box with almost every side partly made of clear plastic. The figure is mostly assembled, and it has only to be placed on its base to have Assassin ready for display. The amount of protective plastic PLUM used is quite good and protects the figure very well. 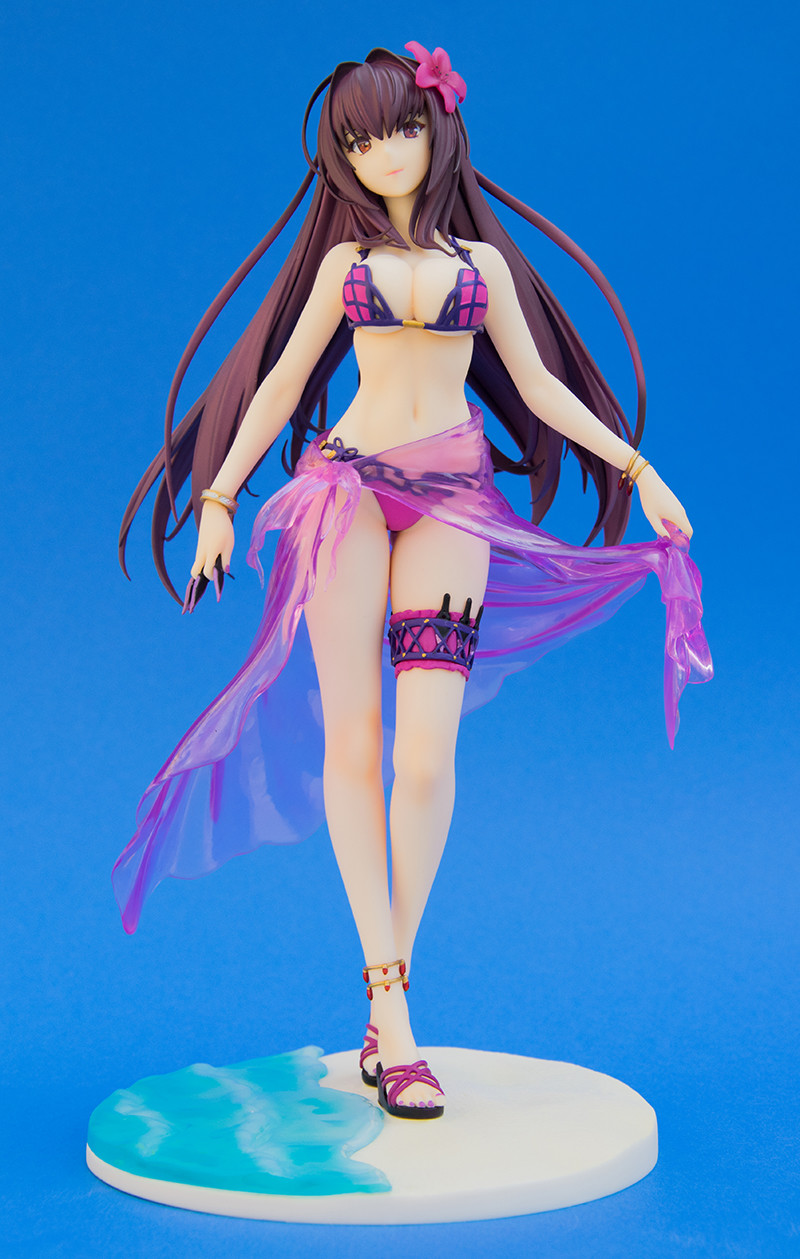 Assassin comes with a castoffable sarong, which can be removed detaching the figure’s bust (just under the breasts). This way we can enjoy two slightly different display options for this figure. The figure is fixed on the base with two plastic pegs. 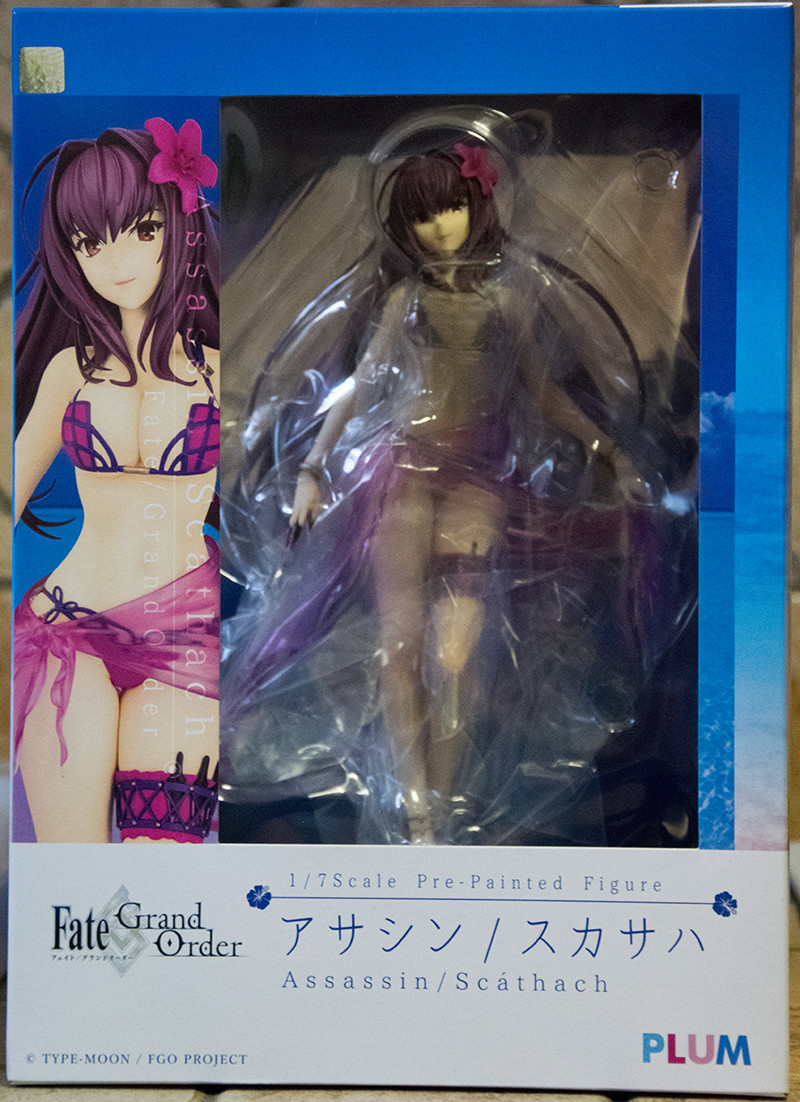 The pose and the outfit of Assassin sure make an interesting combo. However, I’m not really impressed with this production by PLUM. For starters, the figure looks, overall, pretty plain and quite boring. I’m actually surprised by this feeling I get looking at Assassin. 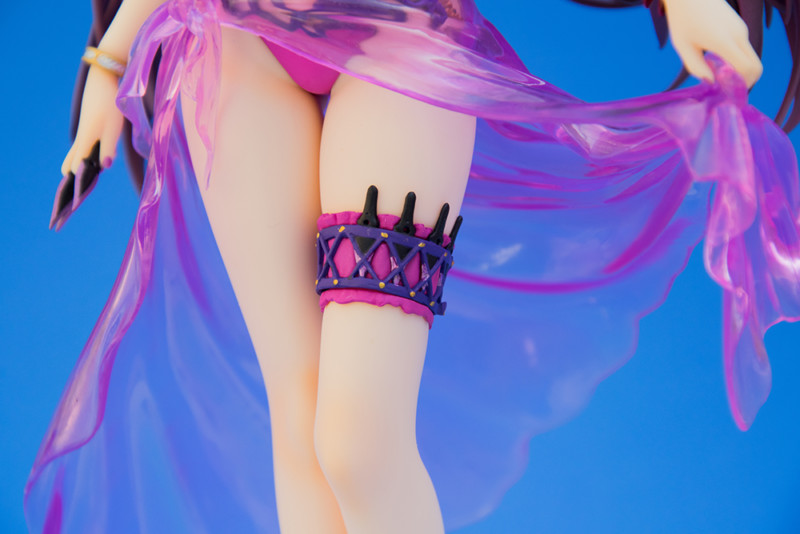 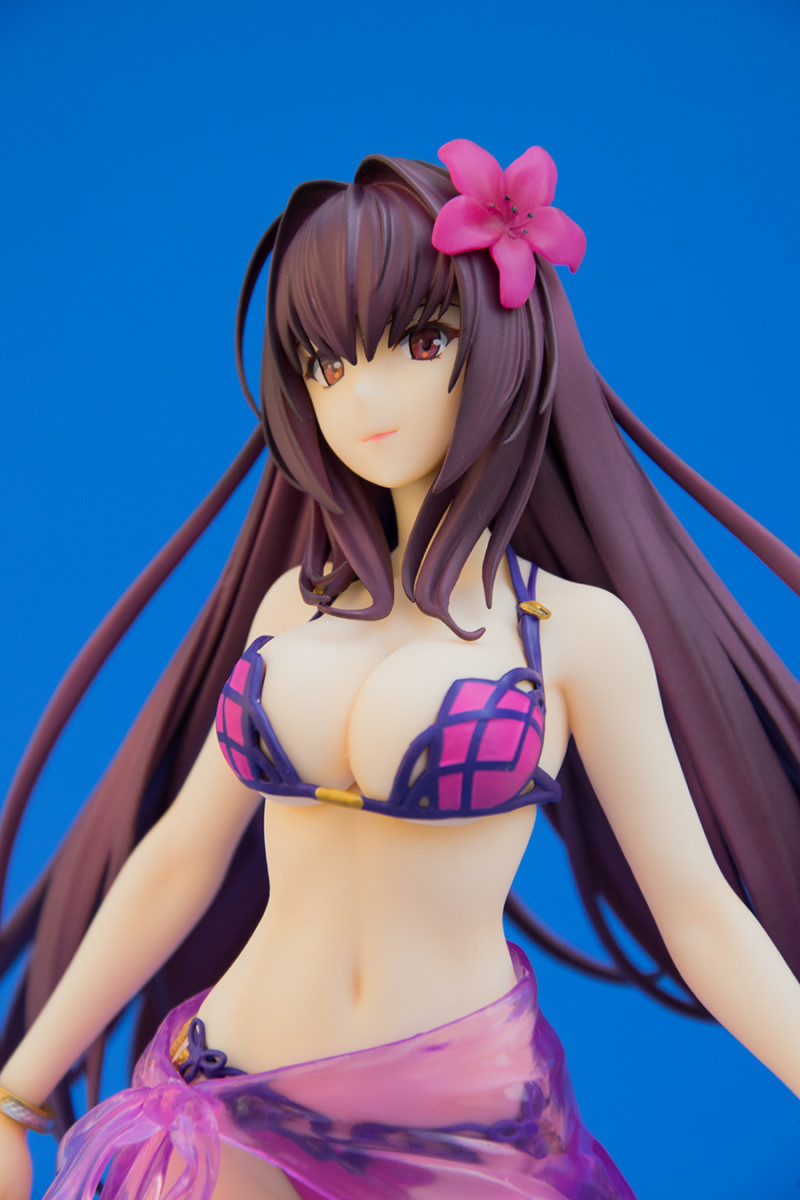 As I said, both the outfit and the pose seem very interesting, and I also like the color combination with hot pink and dark violet combined with the girl’s fair skin, but I can’t get myself to like this piece at all.

The sculpt quality is poor and quite unrefined. There are a lot of issues I can’t really overlook, like Assassin’s breasts and bikini top — which look like if it was just glued to the girl’s skin. 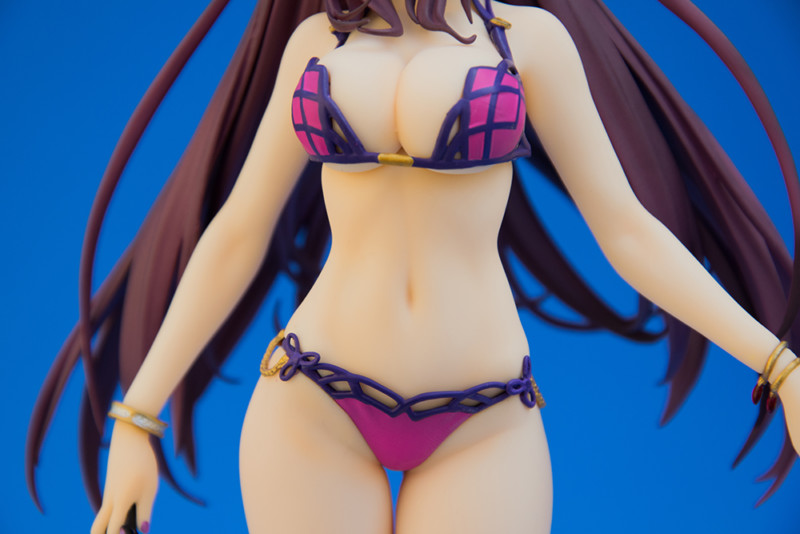 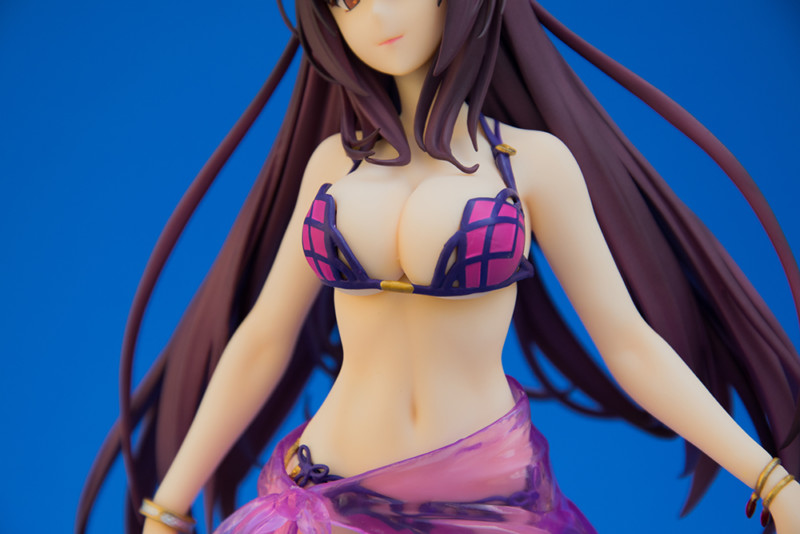 There are no parts that remotely hint to a reproduction of an actual piece of cloth. To be honest, I thought that a bikini top hugging a generous cleavage like this one should at least squeeze Assassin breasts in some places. And it doesn’t.

Appearance aside, there also are mismatched parts of Assassin’s top on the sides. The poor sculpt shows in the rest the figure as well. The hair has unsightly marks on the top, and the girl’s garter seems to be missing a little part (where a gold dot was supposed to be, there just is an irregular bump). 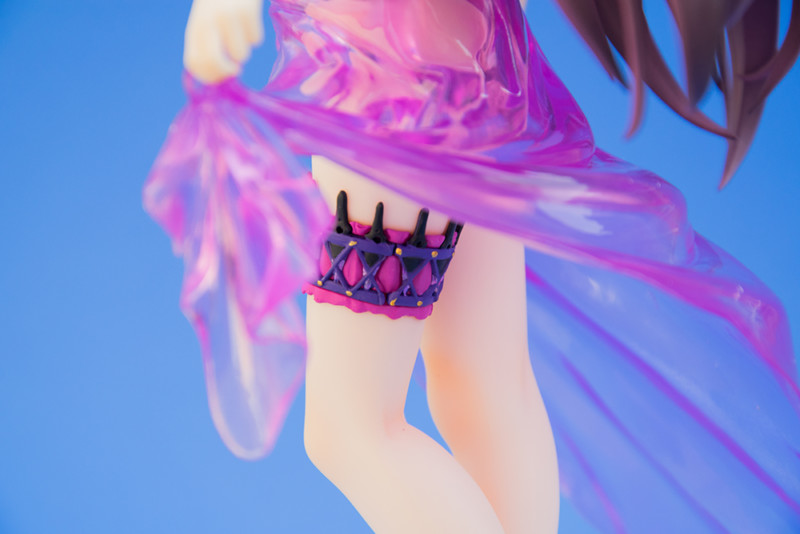 The bottom part of Assassin’s bikini seems pretty much okay and the same applies to her shoes and feet. However, the removable sarong Assassin holds with one hand is, most likely, the worst part. It is made of a pale pink clear plastic and it does look exactly like that: plastic. 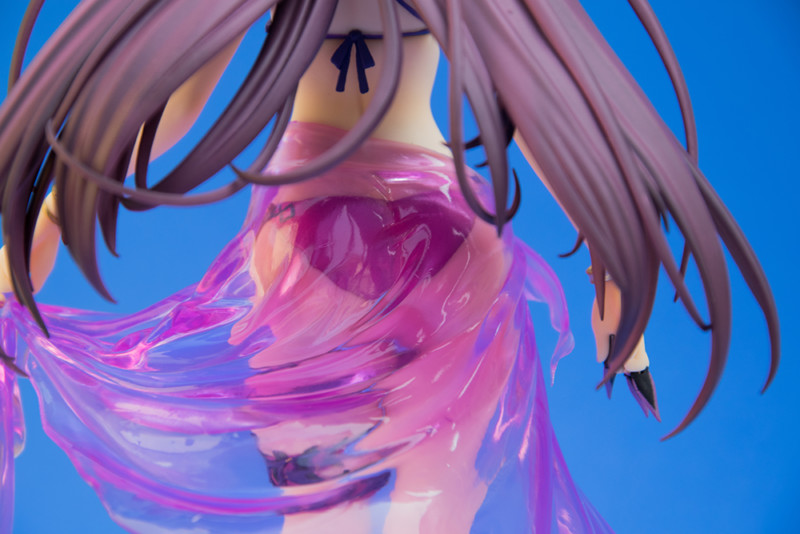 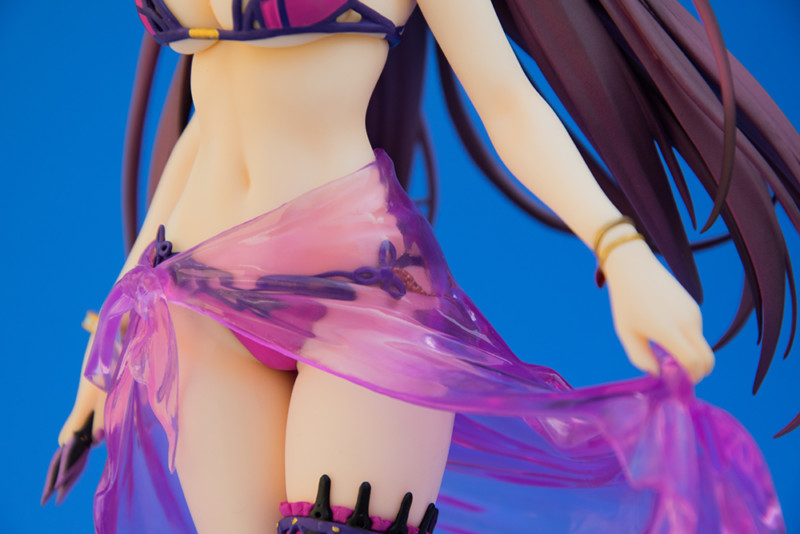 I suppose this part of her outfit should have resembled some kind of thin, translucent and quite elegant piece of fabric, but in the end it looks like if Assassin is using a cheap piece of cellophane as a sarong. That’s because this part of the figure is actually too glossy, and I think that the final result would have been much better and less disturbing if the finish was matte. 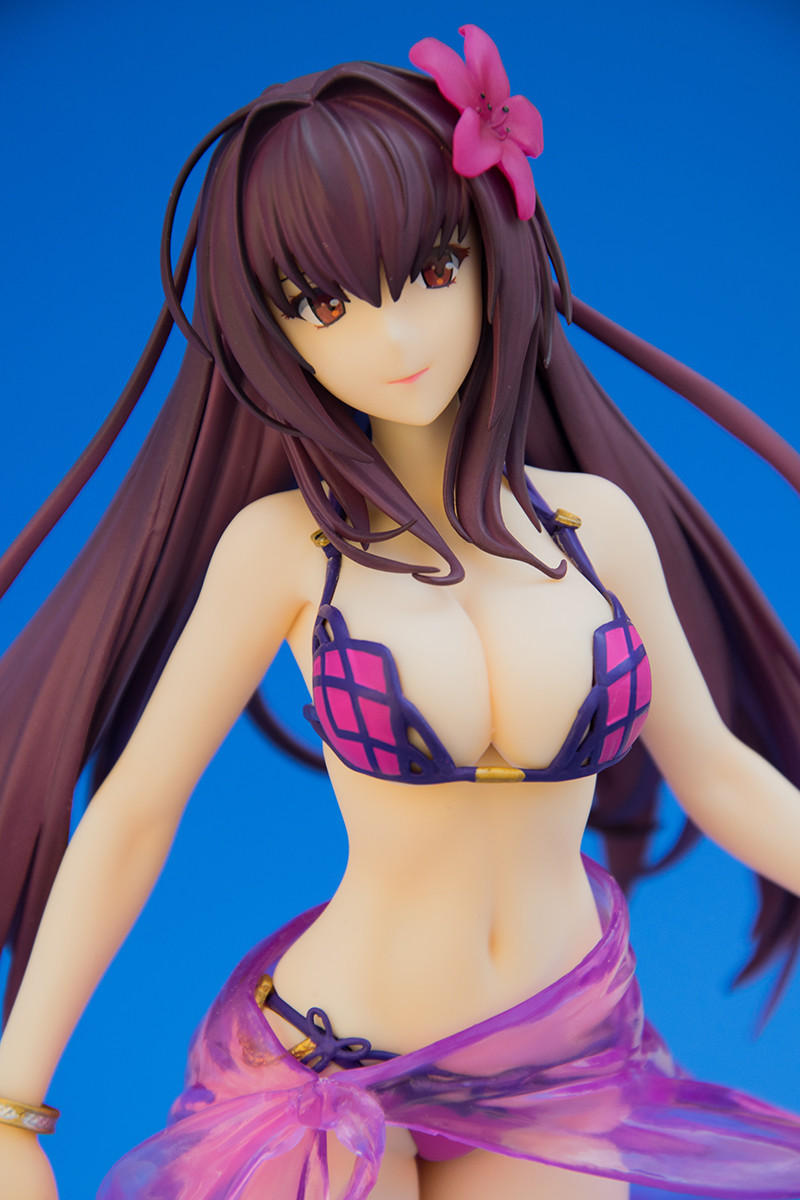 As for the base, it isn’t the best one I’ve seen, but it isn’t that bad either, especially compared to the figure. Assassin’s face also is a complete disappointment. She’s almost expressionless and unable to transmit any feelings at all. 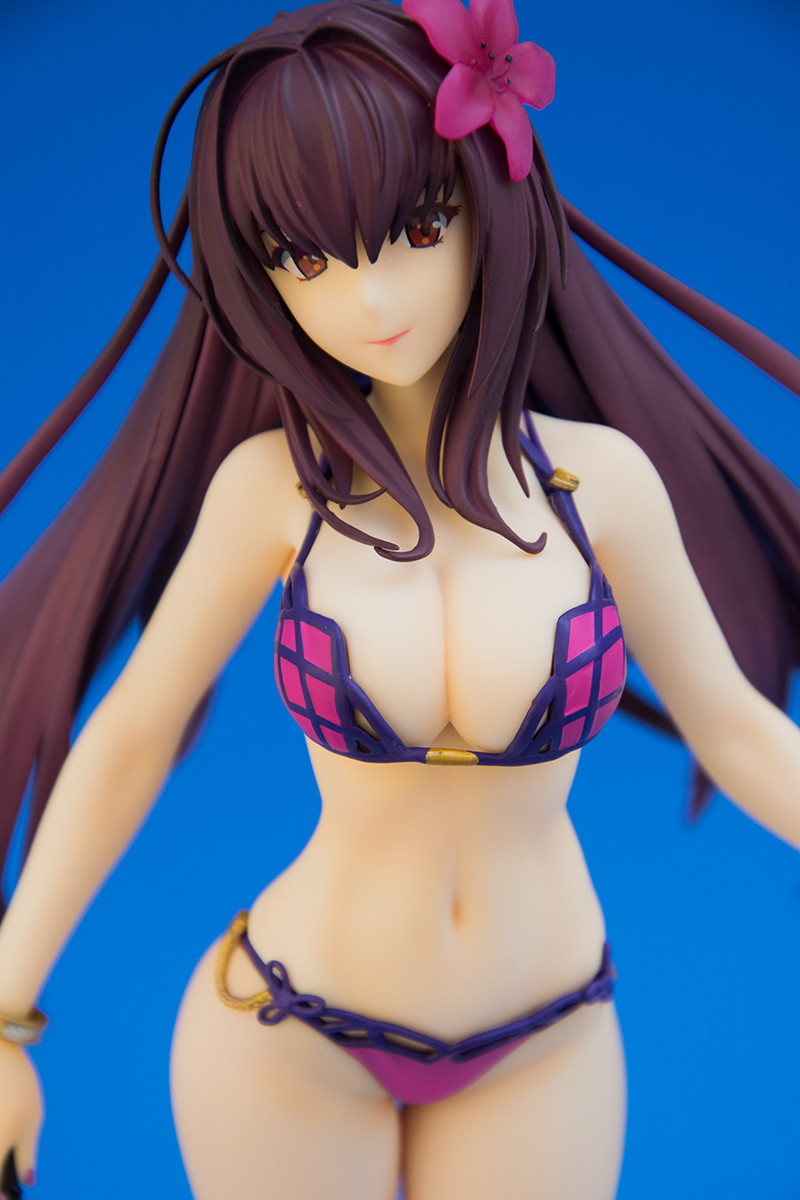 The paintwork is quite decent, at least. Small details have been well painted for the most part, like toes and fingernails, or Assassin’s jewels and her outfit.

The lack of quality and the plain overall look definitely ruin a potentially good execution. 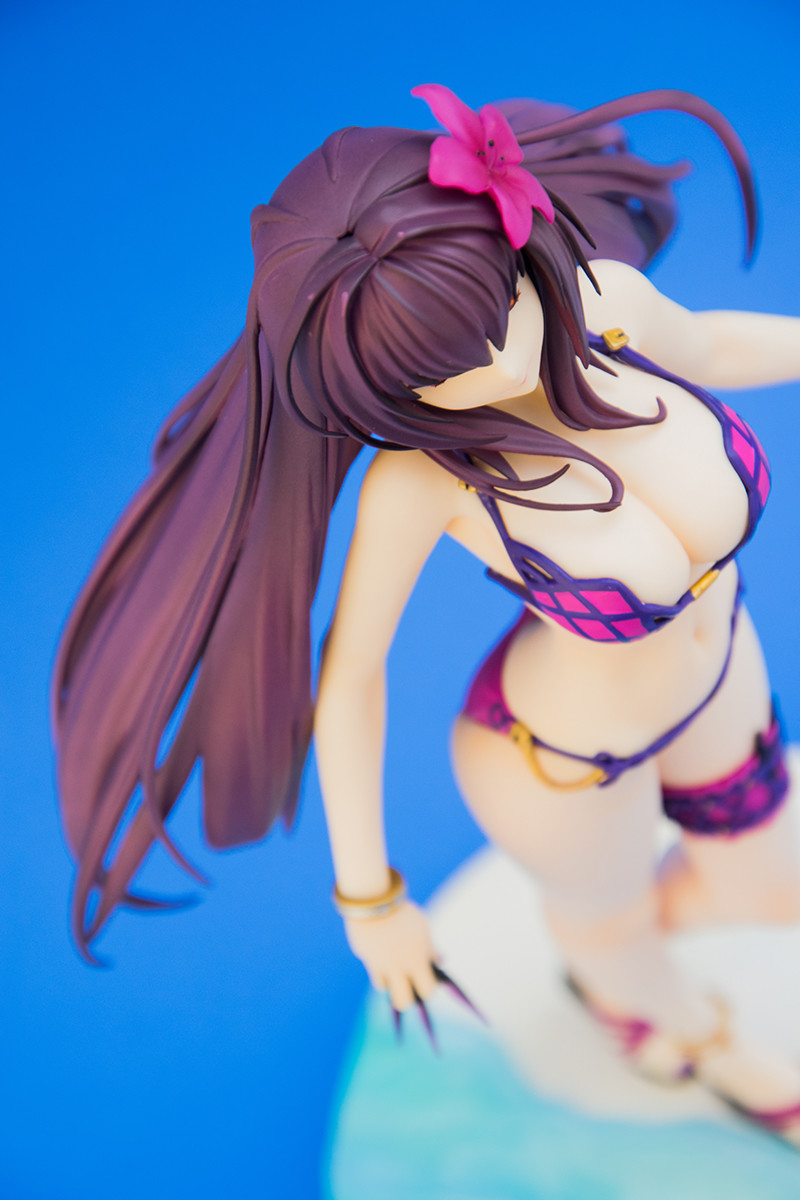 On this note, thanks to the combination between the casual and carefree style a swimsuit can provide and the weapons Assassin is carrying with her, we could have even had one of those figures that is definitely better in simple swimsuits than in their regular clothes. This is not the case, sadly. 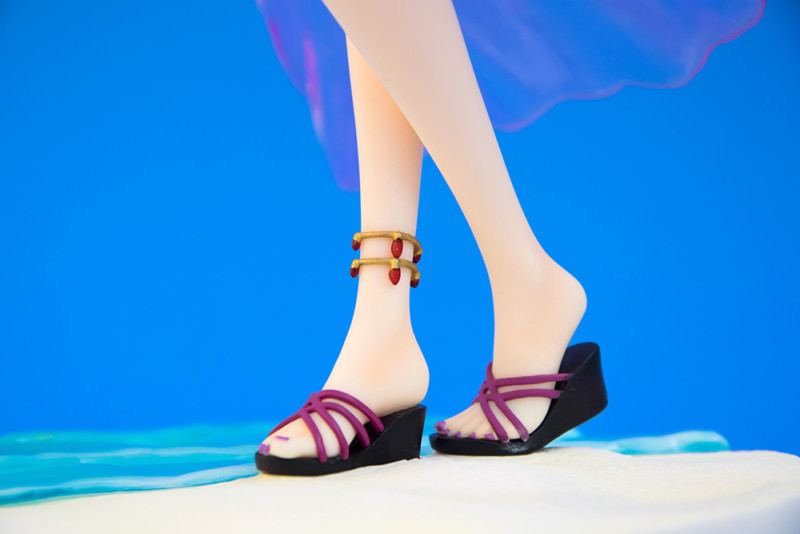 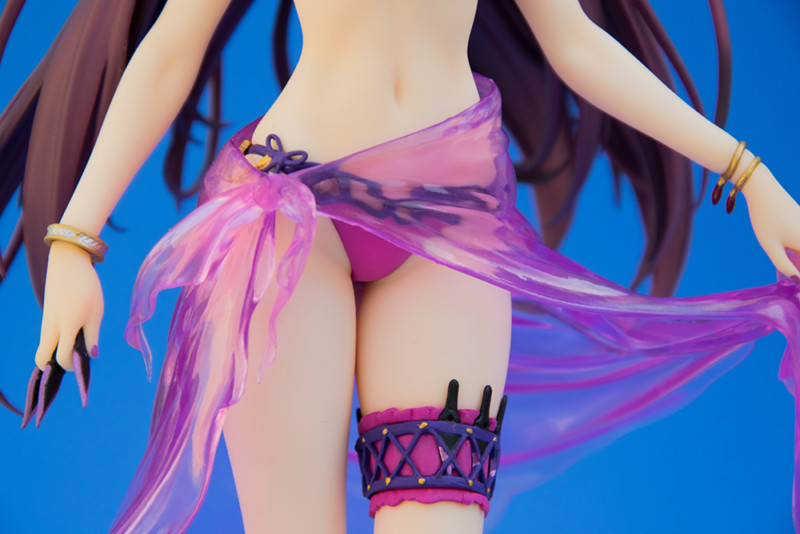 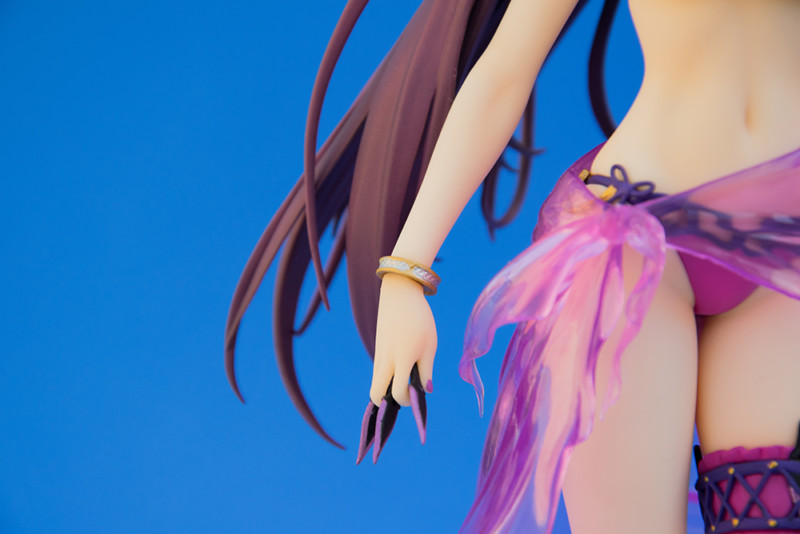 I’m not very impressed with this figure, although I had high expectations for PLUM’s Assassin. It’s sad, because as I said this could have made an impressive piece to own, but this figure is definitely not worth it.