In Ultraseven, when the the Earth is under constant attack by a series of XT threats, the Earth Defence Force creates a secret organization named the ‘Ultra Guard’, and provides them with cutting-edge technology (possibly acquired with contact with other Ultra Brothers). The six human fighters are also joined by one of the Ultra Brothers, Ultra Seven, who disguises himself as the common human Moroboshi Dan – only transforming into his natural form in time of crisis.

Ultra Seven (1967-1968) was an immediate hit, following the success of both Ultra Q and Ultraman. However, the key feature of this Tsuburaya Eiji-led series was its blending of traditional Tokusatsu FX with the sort of model making that the series of Gerry Anderson had already popularised in Japan.

In this case, specifically exemplified by the Ultra Hawk 1, and the Ultra Garrison from which this multi-role rocket operated.

The Ultra Garrison refers both to the organization which fights the aliens threats (sometimes known as Ultra Guard) and the Tracy Island-like base from which the group operates, as seen in the video above.

Moreoso than even its ecologically sensitive predecessors, Ultra Seven was envisaged as a very sophisticated TV series, cast both in the pure SF mold of the times and reflecting the political situation, as it appeared to the Japanese people in this age (from the Vietnam war, to the pending fuel crisis and even the nuclear threat).

Ultra Seven himself has become an iconic character over the years – perhaps the most beloved of the Ultra Brothers – and Moritsugu Kouji (who played Dan Moroboshi) has appeared in many subsequent shows and movies with his Ultra Seven alter ego.

Even featuring in Ultraman Leo.

However, the Ultra Hawk 1 is the focus here, so lets have a little look at it.

Essentially, this was inspired partly by the modular elements of Thunderbird 2, as well as sleek rocket planes being used by NASA to test faster than sound travel, such as the X-15. In the series, the ship was designed to split into three sections, each one capable of different mission roles, as follows:

UH001-1 was the spine of the ship, and on its own was little more than an engine with an overall command deck (though it did possess limited ground strike weapons). When combined with UH001-2, however, it became the main multirole support craft of Ultra Seven, possessing both lasers and missiles with which to strike aerial targets.

Primary ground strike weapons were mounted in UH001-3, which operated most effectively on its own, though it could easily be combined with UH001-1 when extra speed was needed. 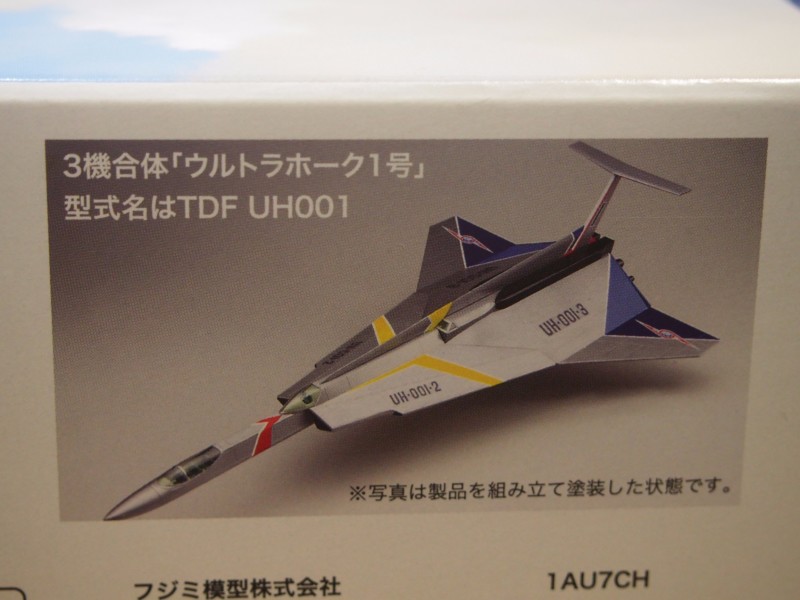 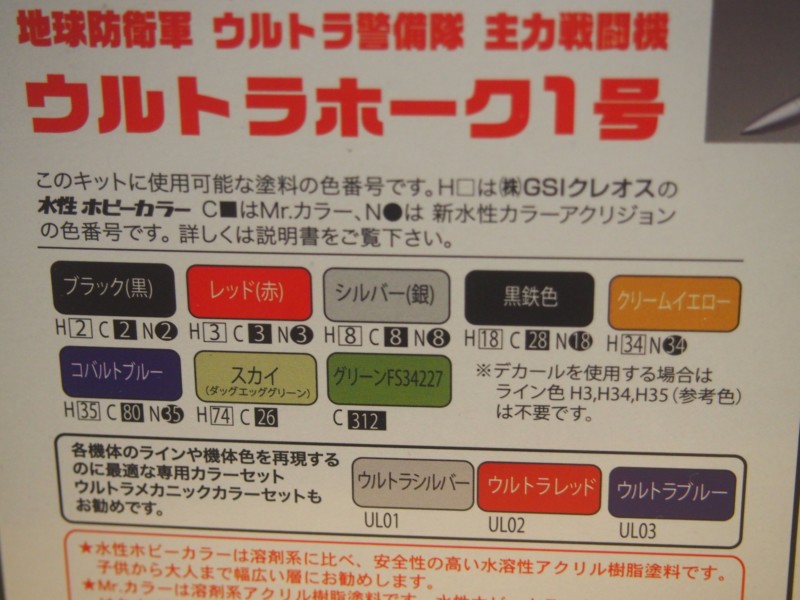 The decal sheet on this is a true beast… I may end up masking and airbrushing the larger areas, but not before giving these huge things a try…

Even at 1/72 scale, this is a huge kit. Simple but seemingly well made, but Fujimi has been working on this for a long time.

A welcome entry into the market, at a scale which makes the kit big enough for some detailing, but not the monster size and price of the Fewture Toys beast of a prop replica…