Modern tanks began their career with the Great War, entering service in 1916, as both the French and the British sought some sort of armored landship with which they could break through the trench-lock which had characterized the majority of the fighting.

Just as battleships at sea were designed to carry heavy guns and armor directly into an enemy fleet formations, forcing ships to scatter or be destroyed – thus making them more vulnerable to the cruisers and other ships following up behind the battlewagons, so too went the thinking with the tank. It was envisaged by Winston Churchill in his role as First Sea Lord that British Tanks would not only roll over German barbed wire, but be immune to machine gun fire, and both bring heavy fire to bear on the the German rear, as well as open gaps through which other troops could pour.

A logical idea in many ways…

By the time that Churchill had convinced the Admirality of the idea and approved the formation of the Landships Committee, however, everyone had begun to grasp the gulf between the dream and the reality.

In February 1915, the group formed around Eustace Tennyson d’Eyncourt, Director of Naval Construction at the Admiralty. With members of all services represented, and the best engineers who could be mustered in the Empire, they immediately ran into questions of form and function. Eustace literally proposed an actual land battleship, which might have weight in at 200 long tons, to be fitted with naval guns.

Thankfully, though the desire to make the landships shellproof was certainly important, the weight issues simply would not allow it, especially after the first prototype, Little Willie, light as it was compared to some of the designs being proposed had weight issues of its own.

The unarmed, open-topped Willie did, however, prove the point: there had to be a compromise between weight, armor, and firepower, leading ultimately to the creation of the Vickers series of tanks (the name coming from a code-word used to mask them in communications which might be intercepted by the enemy). It should be noted that Little Willie remains the oldest surviving individual tank, and is preserved as one of the most famous pieces in the collection of The Tank Museum, Bovington, England.

The German army was slow off the mark with its own tank development, and it might even be said that the doctrines of the German military could not account for the things, as they did not have quite the same level of engineering experience, owing to its smaller fleet and less of an emphasis on developmental technologies.

This is not to say the German Army was backwards (no more so than any other), and they did put out some belated designs (like the huge landship above), but the surrender in 1918 put paid to further development.

At least until the 1930s, when a re-arming Third Reich, having learned the lessons from The Great War, looked to the tank and doctrines of Heinz Guderian to be the hammer that would bring the tank into full form. 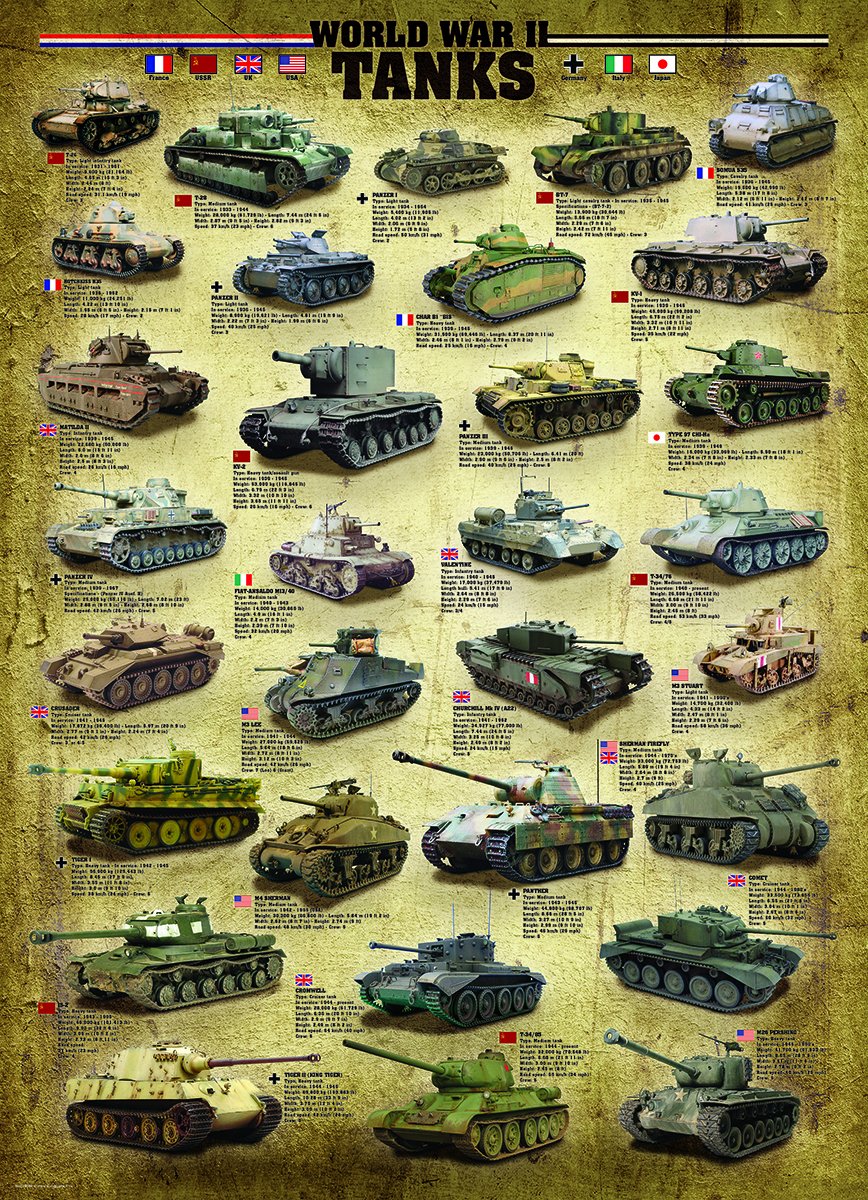 So much for the heavy ‘landships’…

However, even as far back at The Great War, all sides had begun working on designs which favored compact, often one-man designs for scouting and harassment duties, recognizing that, like a battleship, a heavy tank was more vulnerable than one might think.

Where the heavy tanks were in some sense based on the industrial capacity of the agricultural engineering community (exploiting already available production lines), it was the automotive trade which found itself more able to produce lighter, and often quite unusual ‘little tanks’ and armored cars. Indeed, with much more experience in mass production, it was not long before the output of light tanks began to dwarf that of the main battle tanks.

Here is where we see a sort of national division coming in. On the one hand, the British view of the tank had been defined by the dictates of the Landship Committee – with the vehicle resulting being a whittled compromise down from the original lofty ideal.

In France, however, without the predetermined concepts of Churchill’s boffins, and only the basic idea in place, it was not surprising that the move was towards the pragmatic production of light tanks, and rolled out what we might consider the first modern tank – the Renault FT. 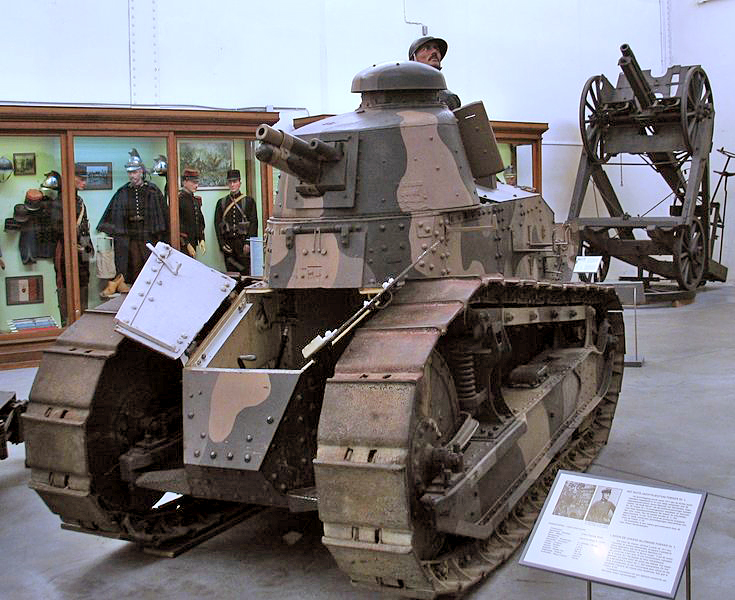 With tracks designed to climb trenches without the odd, up, and over system of the Vickers vehicles, as well as the first rotating turret seen on an armored vehicle, it is easy to see why this design, though initially rather frowned upon by all sides, quickly gained respect, as it could do a great deal – with nearly 4,000 built between 1916 and 1918.

And, it also served as the basic model for the SV001. 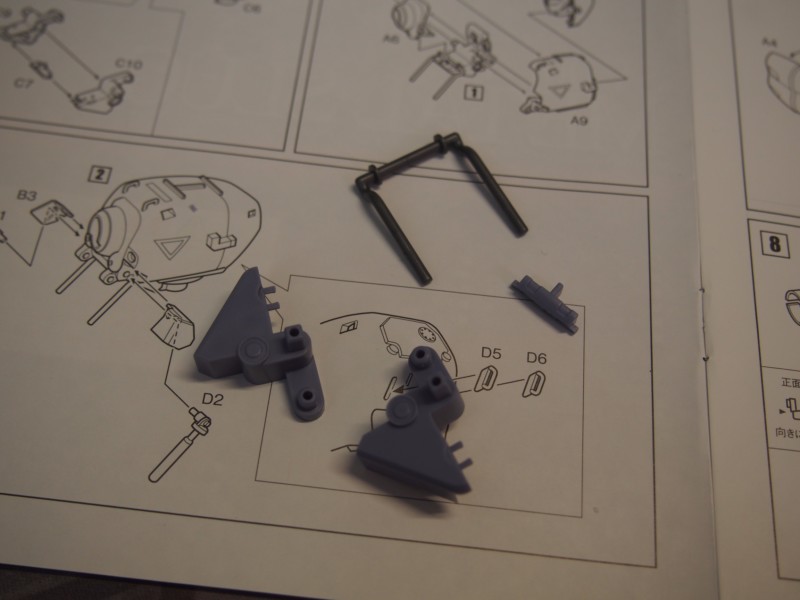 A remarkably accurate set of molds. Precise seams, and I am sure it would all push fit if I wished to work without cement. 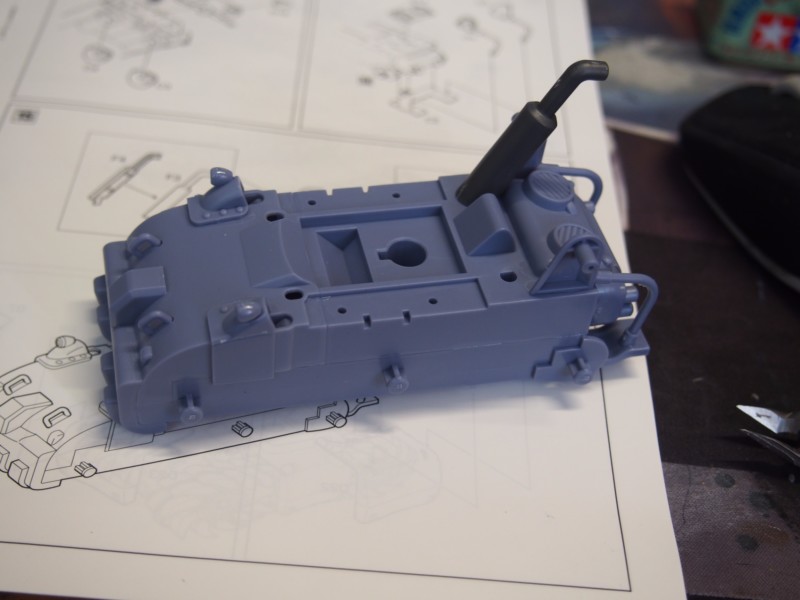 You can see the track mounts easily on the side. Nice, simple, and direct.

For two-part molds, these tracks are not badly done at all.

With only a little paint one can see the quality already.

Apart from the tracks, which were painted in gunmetal over black undercoat, the tank was coated in Mr. Hobby UV cut flat and lined using a Tamiya panel pen (fine). 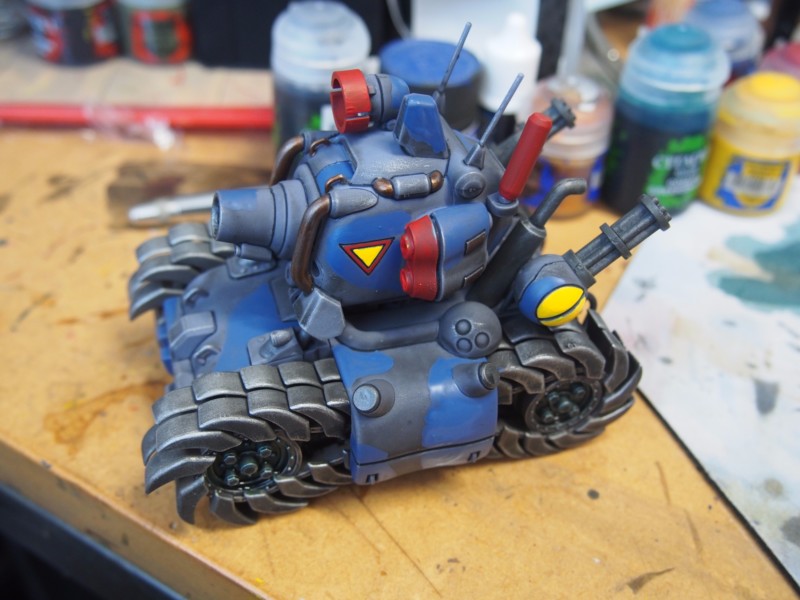 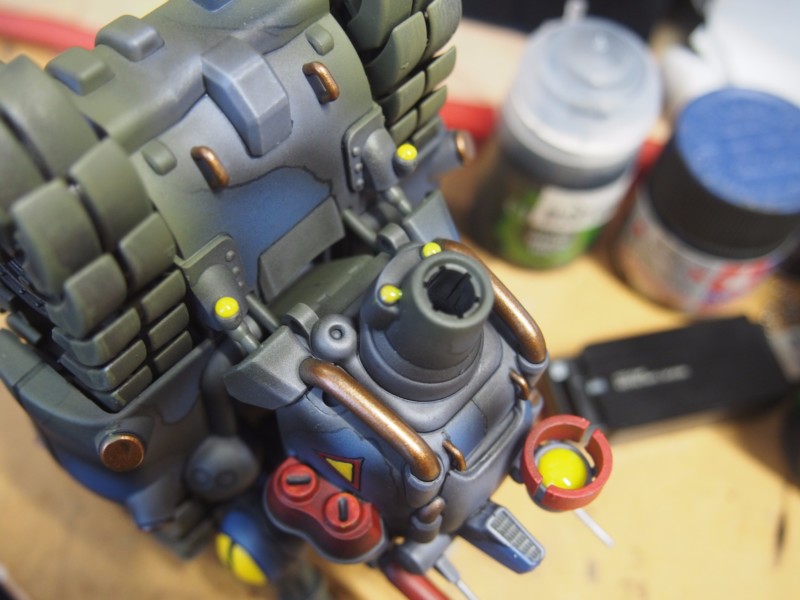 Sadly, some of the development pics were lost here, but what remains shows the steps clearly enough. The idea was to create a blue/grey urban cammo design, with weathering using an airbrush and Tamiya Weathering Master. 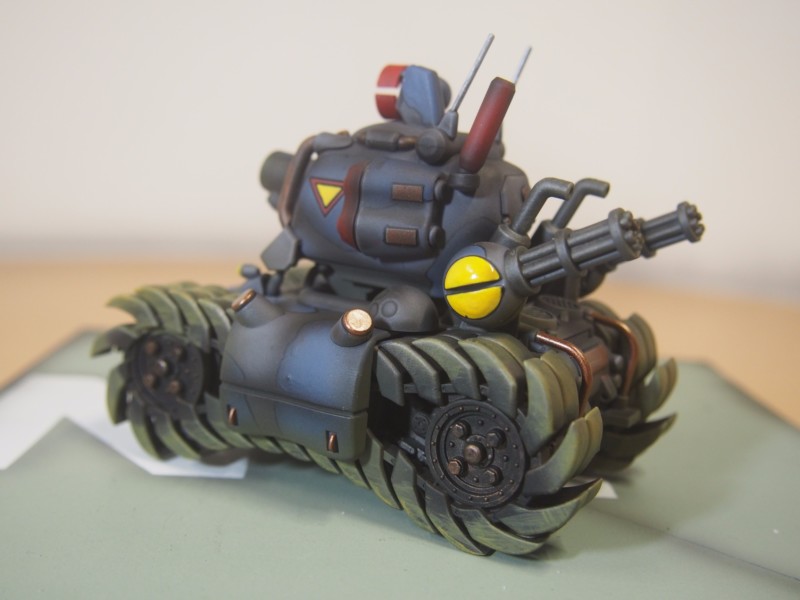 The Urban Cam is given a lift with a thin mix of translucent white, lightly airbrushed onto panel centers, to provide contrast

The treads were first airbrushed in dark Earth, and then drybrushed in sand

The Lights are the result of mixing a small amount of bright yellow Acrylic with two part epoxy resin, which cures giving a domed appearance.

Though I played Metal Slug as a lad, I was never a big fan.

However, I do like this model, and not just because it is rather cutsey… I do rather hope Wave has enough of a market to try their hand at a couple of other Metal Slug kits (SV002, at least).

Yet another simple kit, but a great one.

Next up on the Dr. Robodaz Show, we get Ultra! The Ultra Hawk 1, specifically.

Talk about going for the high score…