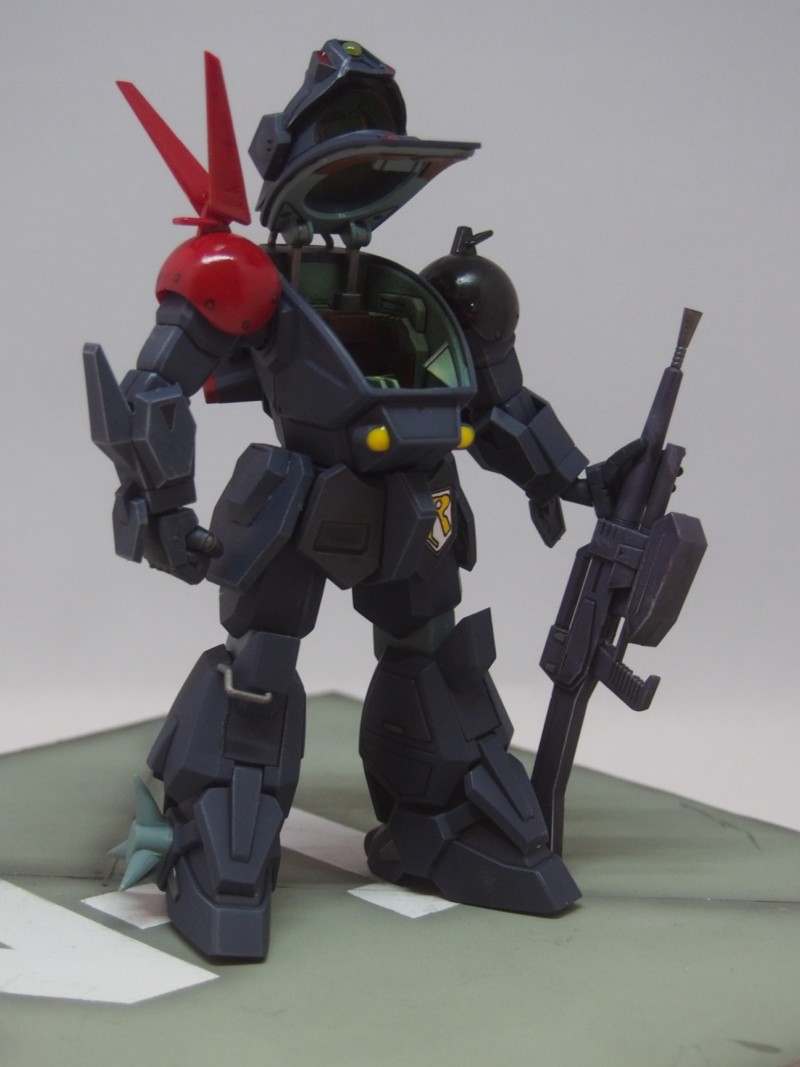 The Genius of Simplicity

Fans of the VOTOMS universe will often point to the nature of its tech as being one of the foundations of its ‘grounded’ nature. Certainly, whilst the narrative is primal and very real – bounding the complexities of war and emotion – it cannot be denied that its mecha are also somewhat unique, and something of a departure from the huge, lumbering mechs of the age in which the series was spawned.

More like power suits and, unusually, with wheels… A touch which I found both amusing and logical, for scooting around on flat terrain… The genius of the mind of their creator, Okawara Kunio.

Once again, we reach a point of difficulty. As much as I would have liked to tell you about Master Okawara here, no matter how I turn the matter, I am drawn back to the reality that my old friend, Cacophanus is the master here.

I there for sneak out of this with a very brief bio – below – and direct your attention to this in-depth, exceptional interview between Cacophanus and the Master himself, found here.

Master Okawara rather oddly began his career, not as a mechanical designer, but as something of a textile and graphic designer, with something of an expectation that he would eventually go into one of the large Japanese clothing companies. Indeed, his school even placed him with the OK Company for his undergraduate internship. Thankfully for us, he was assigned to create background art and item designs for the company stores he began, it seems to find his oeuvre, as it were and eventually sought out employment in entertainment, specifically with the famed  Tatsunoko Productions.

As the interview above points out, his eye for detail saw him snatched up by Nakamura Mitsuki for the upcoming Science Ninja Team Gatchaman on which project he developed the technology for the opposing forces.

This, eventually led to the creation of a division within Tatsunoko dedicated to mechanical design, with Master Okawara providing work for a number of increasingly complex and realistic series: The Mechaman Design Office.

Indeed, if I read this right, he is the first person in the Japanese animation industry to earn the formal title of ‘mechanical designer’ – though if I am missing the matter, feel free to correct me down below.

However, though the time with Tatsunoko certainly seems to have laid the groundwork for Master Okawara’s career, it was when he struck out on his own, and therefore being able to work as required for any production company that the Master came into his own.

Working for Nippon Sunrise he drew the attention of Tomino Yoshiyuki, who was attempting to get a series off the ground which mirrored, but was not based on, the Starship Troopers novels of Robert Heinlein. Ultimately, as we all know, this would become Mobile Suit Gundam, the mechanical designs for which marked something of a Sea of Change in Japanese animation production.

The rest, as Cacophanus tells us, is history, with the Master going on to further refine his art on series such as Combat Mecha Xabungle, Fang of the Sun Dougram, Galactic Drifter Vifam, Blue Comet SPT Layzner – and, of course Armored Trooper VOTOMS.

Even to this day, the Godfather of Mecha still loves his craft and, as you will see above, is far from done with his study into to heart of Mecha. 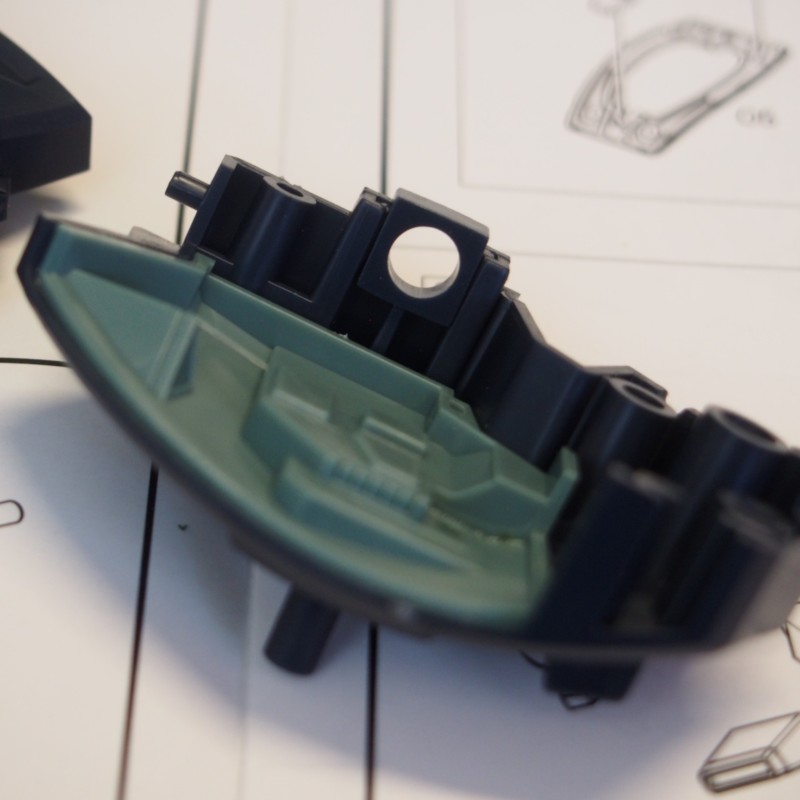 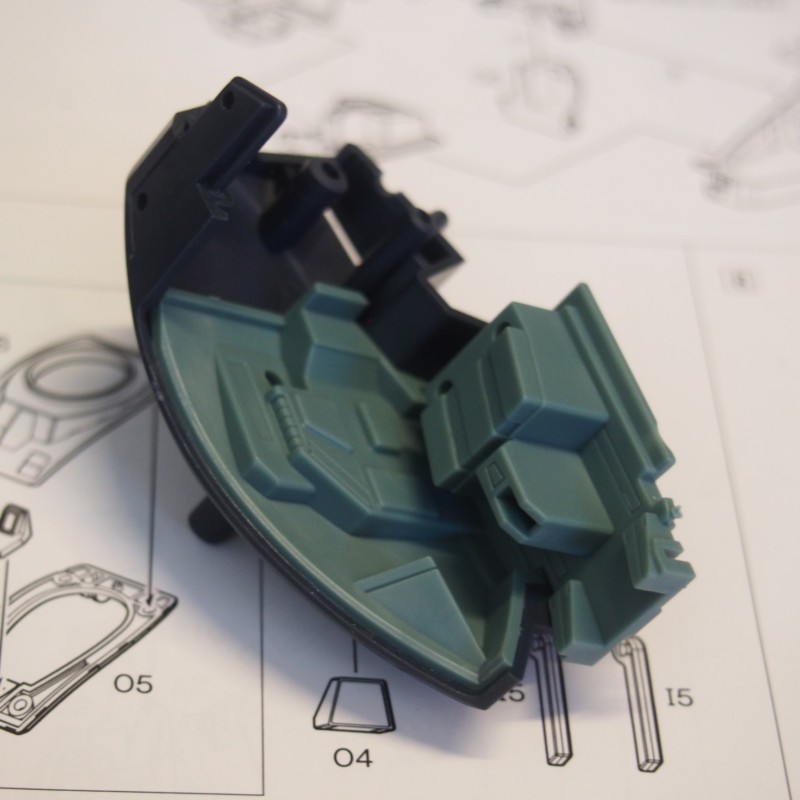 In the negative, and perhaps to save on costs, the cockpit is lacking a number of components. It is clear that the kit shares runners with other VOTOMS kits, as there were many spare parts left over at the end of the build, but there were also noted obliquities.

Specifically, though the cockpit canopy opens, there is no pilot figure included. In addition, much of the expected interior detail is simply not there: no seat back, no canopy detail and no control sticks.

It is almost as if the kit is designed to be cemented shut and left at that.

With all the very specific parts needed to create the Blood Sucker, I can understand the need to keep the cost down, but to do so in such a cutting way makes the kit seem a bit of a cheat…

I certainly do like the inclusion of a variety of wrist joints, at many angles. All allowing for posing right and left hand as required, and certainly more dynamically. 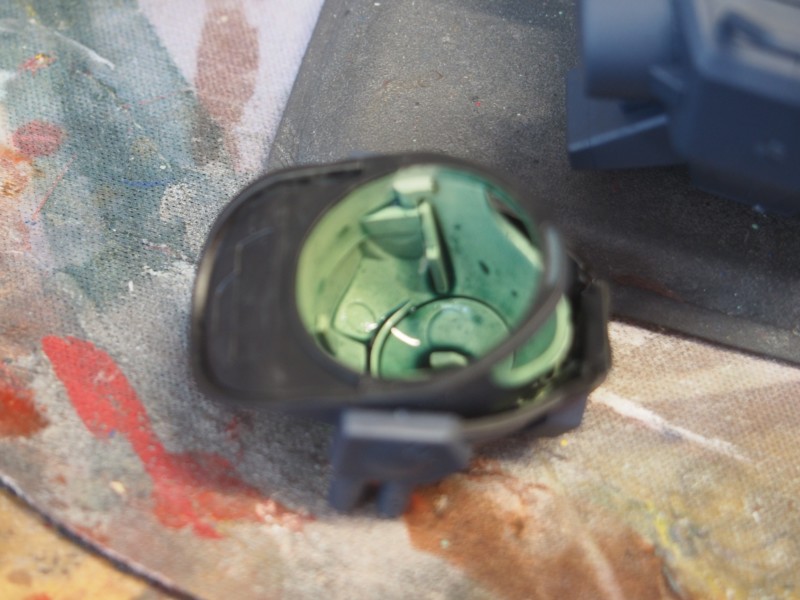 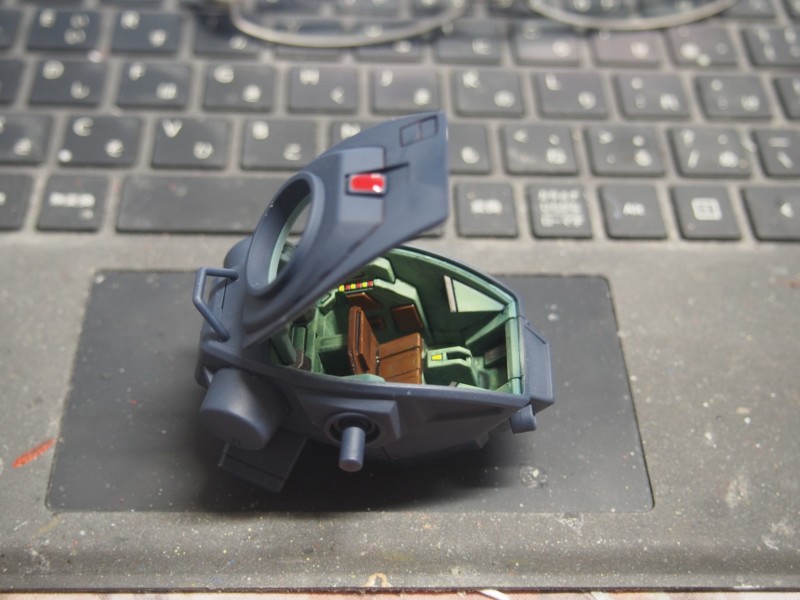 I’m determined to flesh out the cockpit, and whilst it might take me a while to find/make a suitable 1/35 pilot, it was easy enough to mock up a seat back with some plasticard. 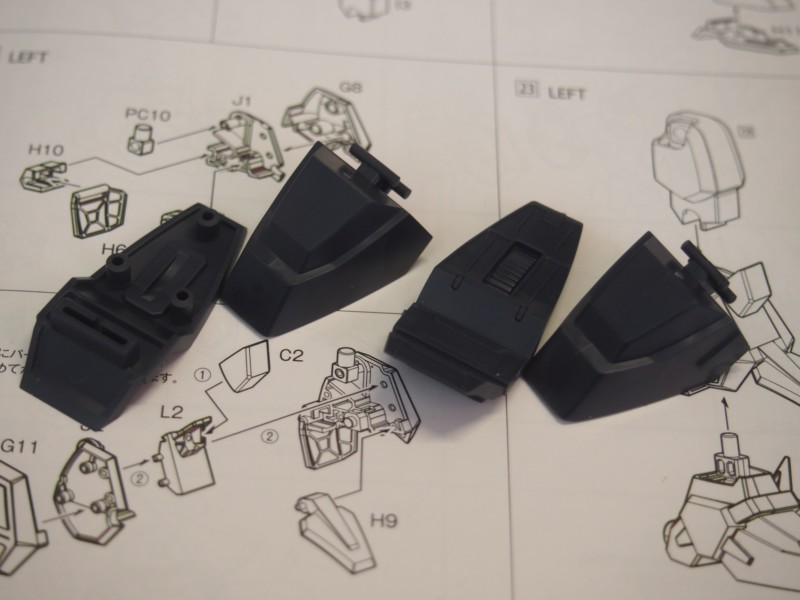 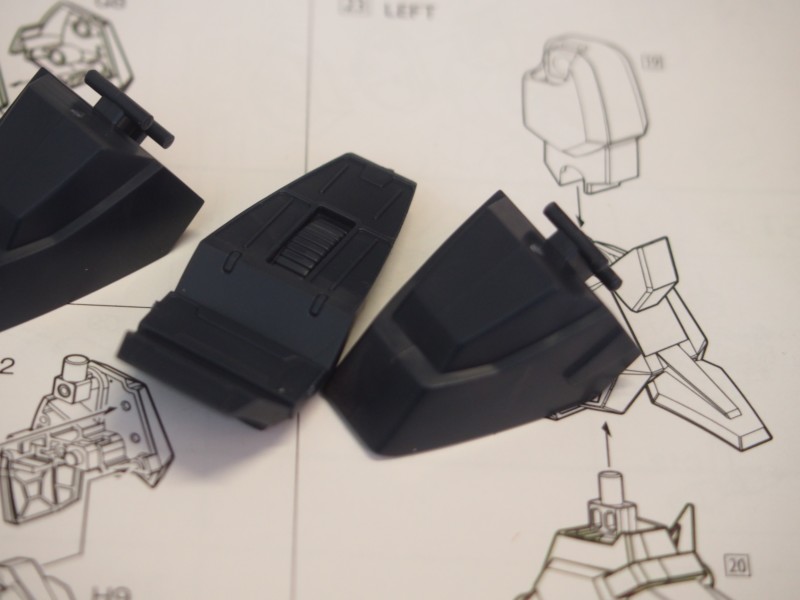 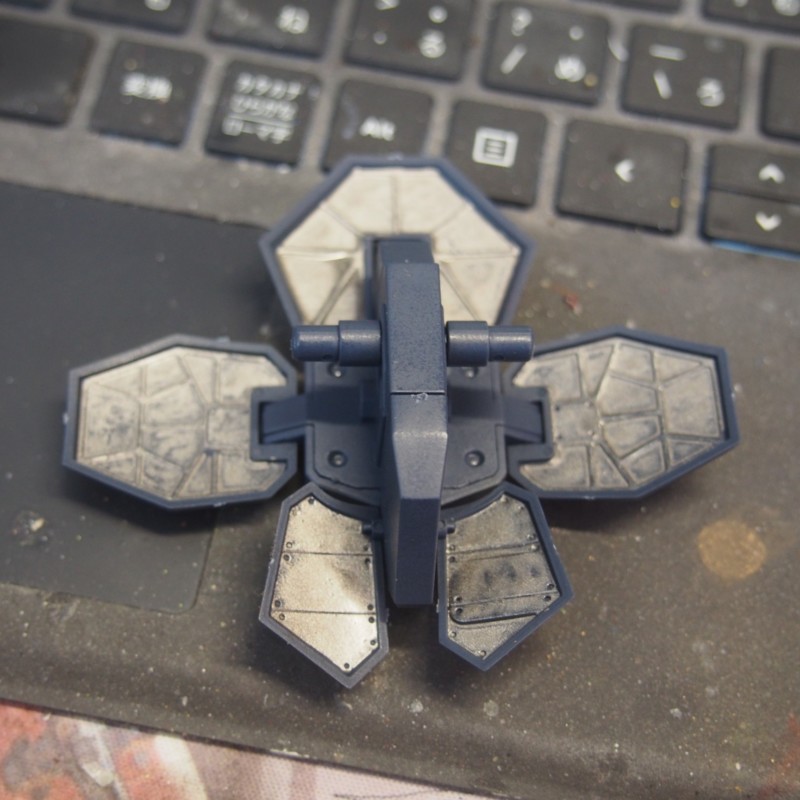 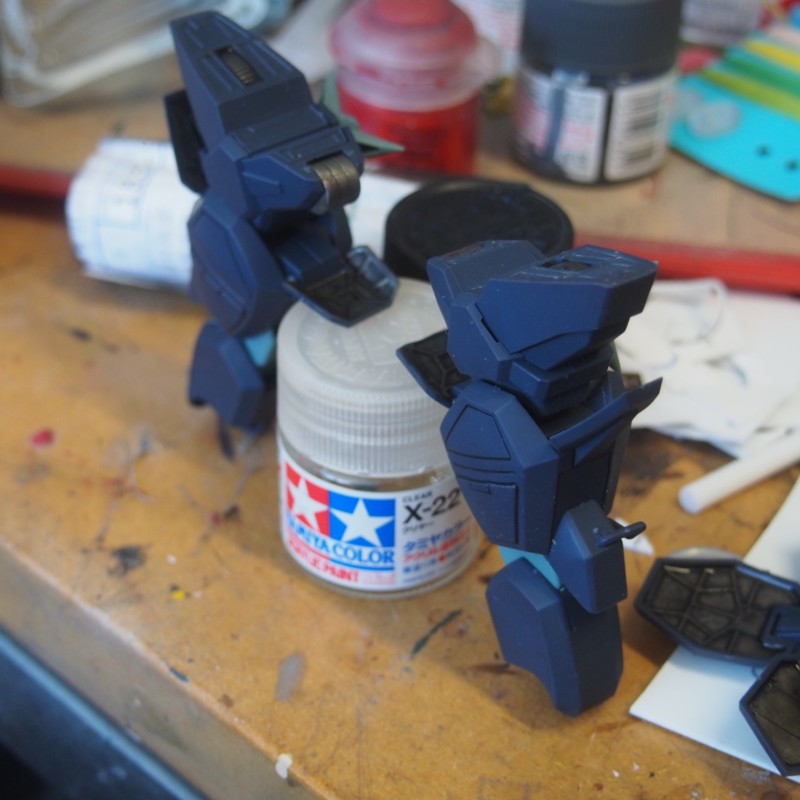 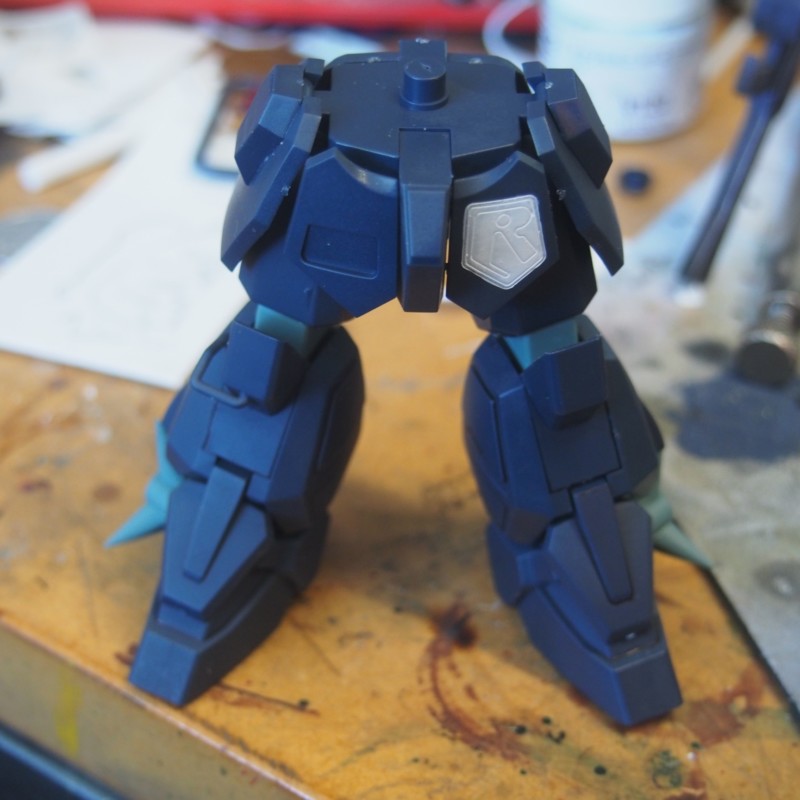 Another issue… No decals. I am not fond of adhesive stickers, but at least the kit provided some recessed lines which allowed me, even with my shaky hand to rough in the Red Shoulders emblem. 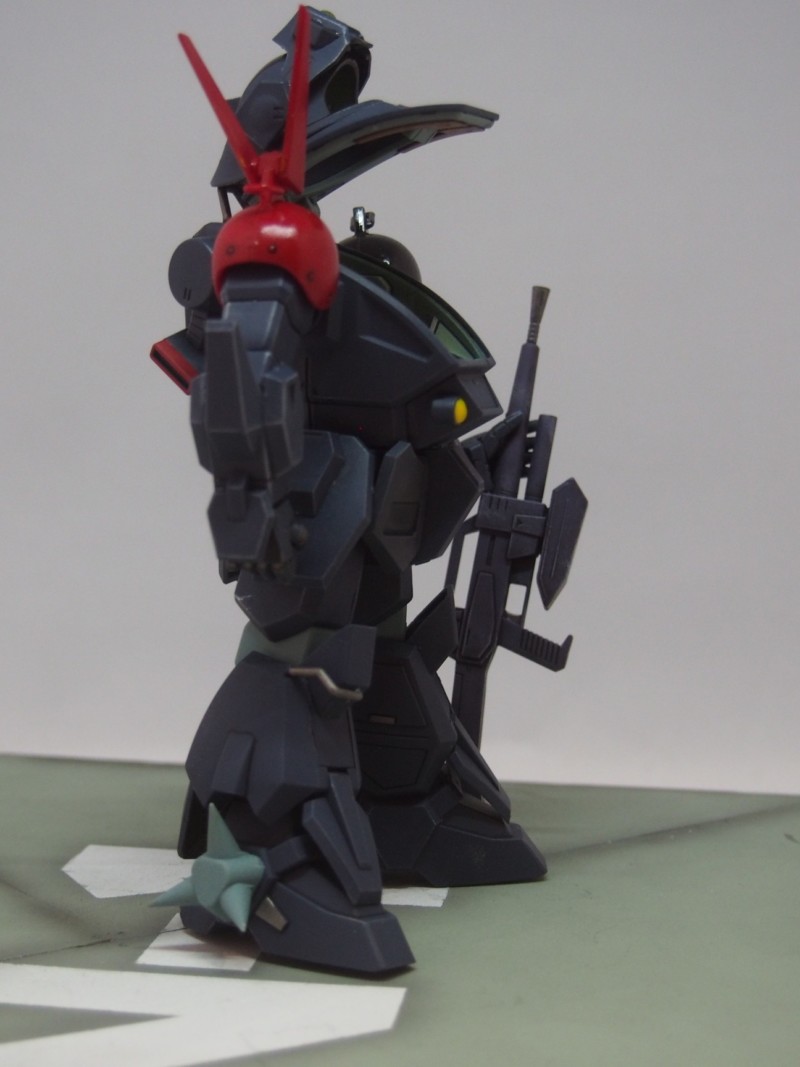 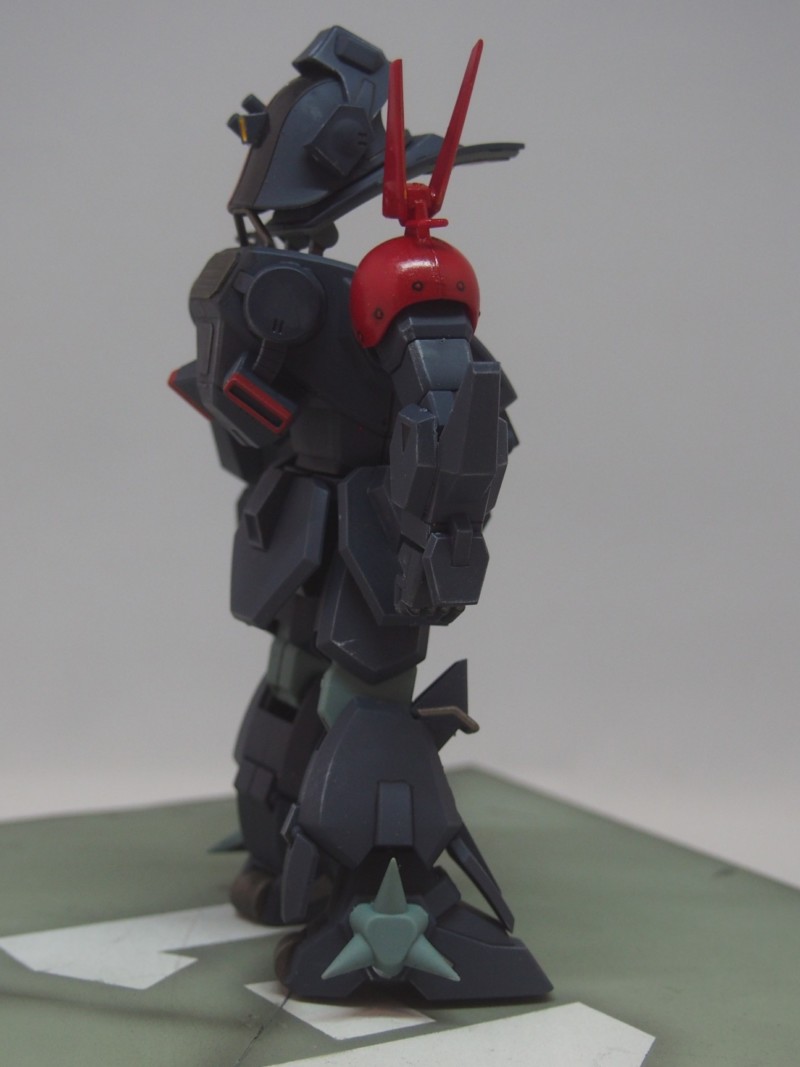 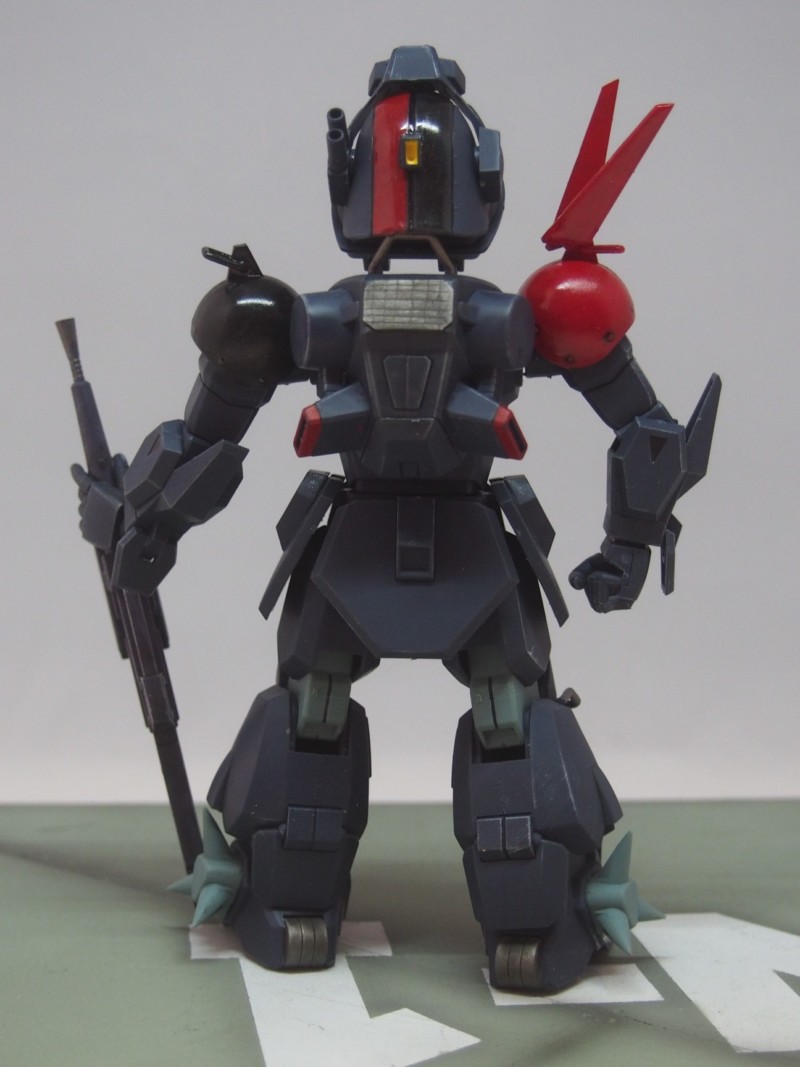 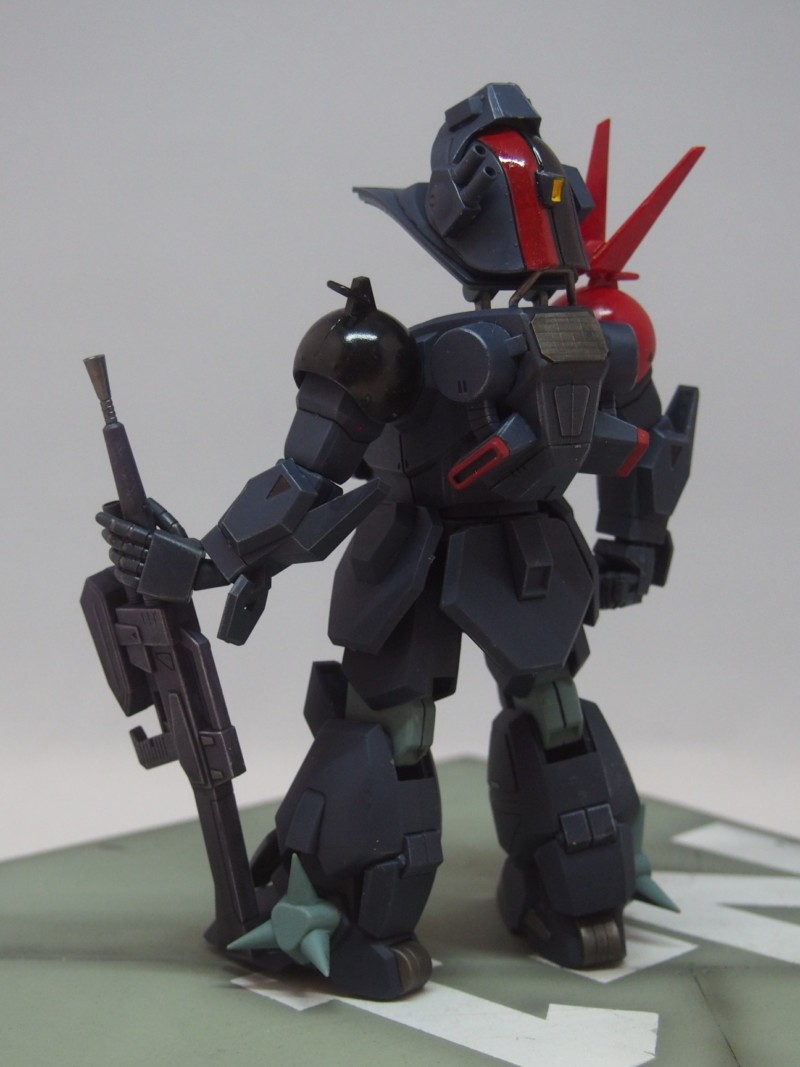 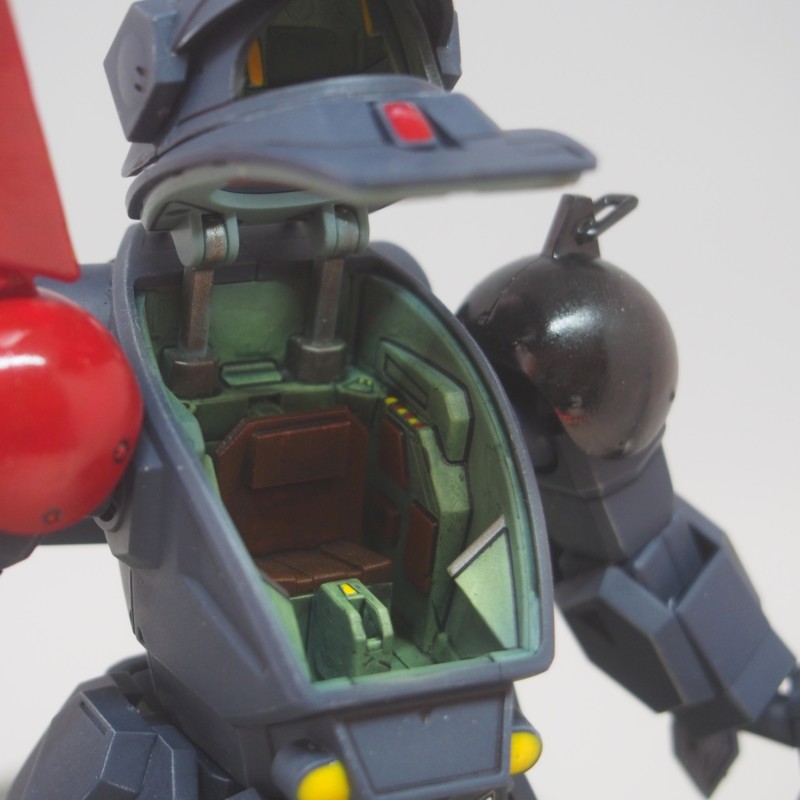 We are getting a great deal of VOTOMS love at the moment, from both Bandai and Wave – in both 1/35 and 1/20. I cannot find fault with this, for this series has been overlooked for too long.

Perhaps the Blood Sucker is a little niche, even compared to suits like the Fatty Ground Type, and this may explain the corners Wave needed to cut to get it to market at a reasonable price. All obliquities aside though, I’d rather have it than not. In build quality it is very sound. In assembly it is intuitive and in style it is purely ‘Okawara’.

That’ll do for me…