In the Astragius Galaxy, during the year 8th Millennium the space-faring civilizations of Gilgamesh and Balarant have been at war for nearly a century.

Ignorant of the cause of the war – a state inspired, in the mind of Ryosuke Takahashi by a sequence of martial decay which takes place in the Alexander Korda Film ‘Things to Come’ – the troops on the battlefield can do nothing but cling to their dogma, their command structure and, for both sides, their fear of the dreaded Red Shoulders.

Normally, I’d go into a heaping helping of background here, but Cacophanus is the expert here, so I will simply weasel out of things and let his knowledge take to the fore. The following links (to the Special edition Bandai Scopedog) you’ll find out all you need to know about the Red Shoulders and why they were so feared:

During the final stages of the Century of War, when Red Shoulder Battalion was at its peak, it was commonly nicknamed the Bloodsucker Battalion by both sides, as their commanders had, as you will have seen in the links above, created combat doctrines for the unit which allowed no distinction between friend or foe, or between soldier and civilian.

Not only were they hand picked from among the best of troops, and trained to be effective in action, but also designed to be such a moral sapping terror that, more than once, the mere knowledge of them being committed to a combat zone was enough to cause damaging failures of morale in the enemy.

Even after the war, and the disbanding of the unit the narrative explores what happens to soldiers with nothing to fight. In this case with the majority of the Red Shoulders sticking together around the ideologically insane Yoran Pailsen, who had founded the unit as something between an independent militia and a terrorist group.

To further build their reputation and evoke their nickname, the group adopted the Protoype X-ATH-P-RSC Blood Sucker suit, in a Night Hunter Gray, with the infamous red shoulder.

Sleeker, lighter and faster than the older Scopedog, this really does have the look of a Vampire. 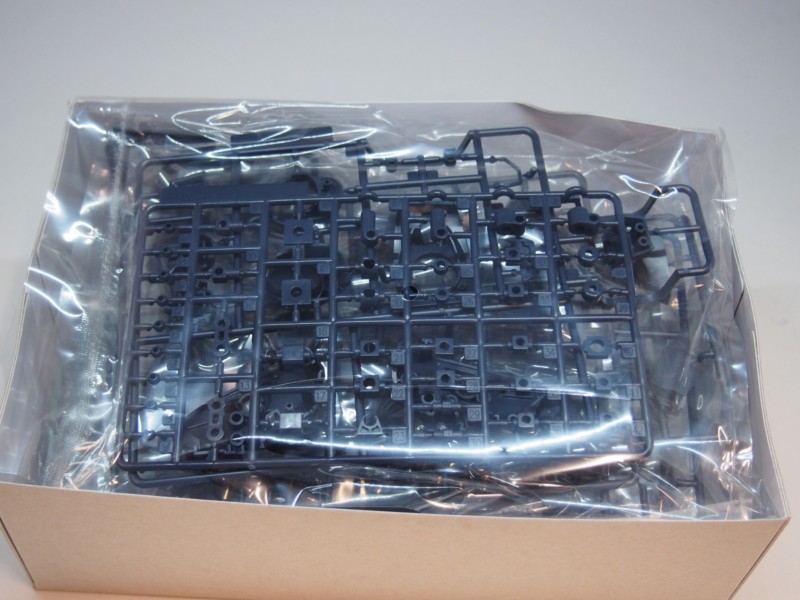 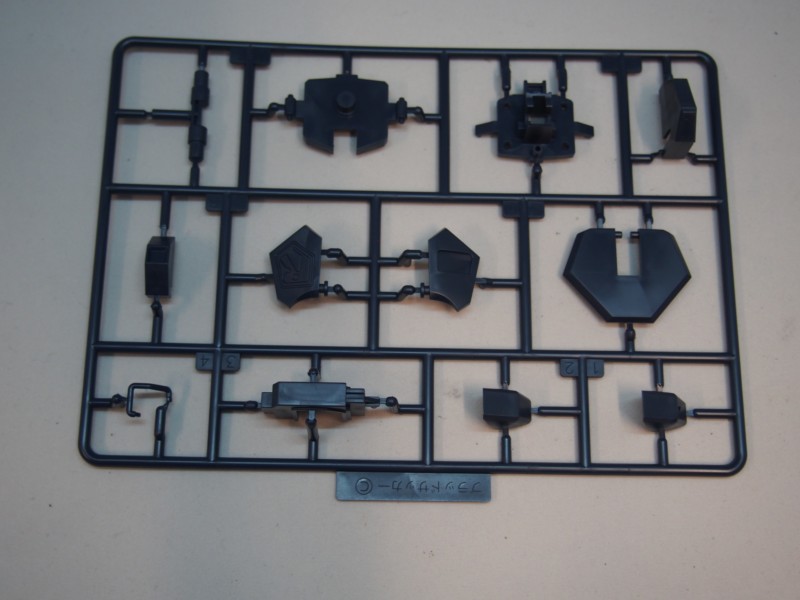 I do like the ankle spikes, used to great effect in the anime. Like the extended fins on the shoulder, they add a touch of malice to anotherwise utilitarian war machine. 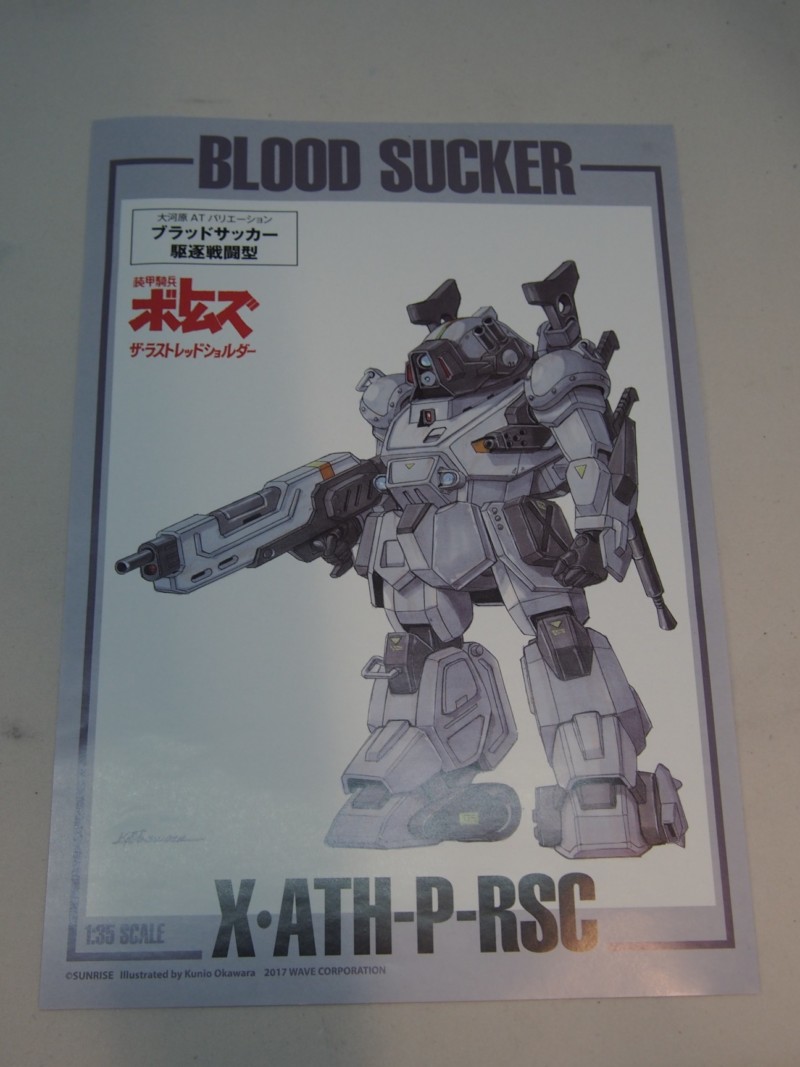 I’m always content with Wave kits, but I was surprised about the part count of this kit, and the quality of the styrene.
My only one complaint so far is a reliance on stickers rather than decals, but we’ll see what we can do about that in building…

Time to get my teeth into this one!