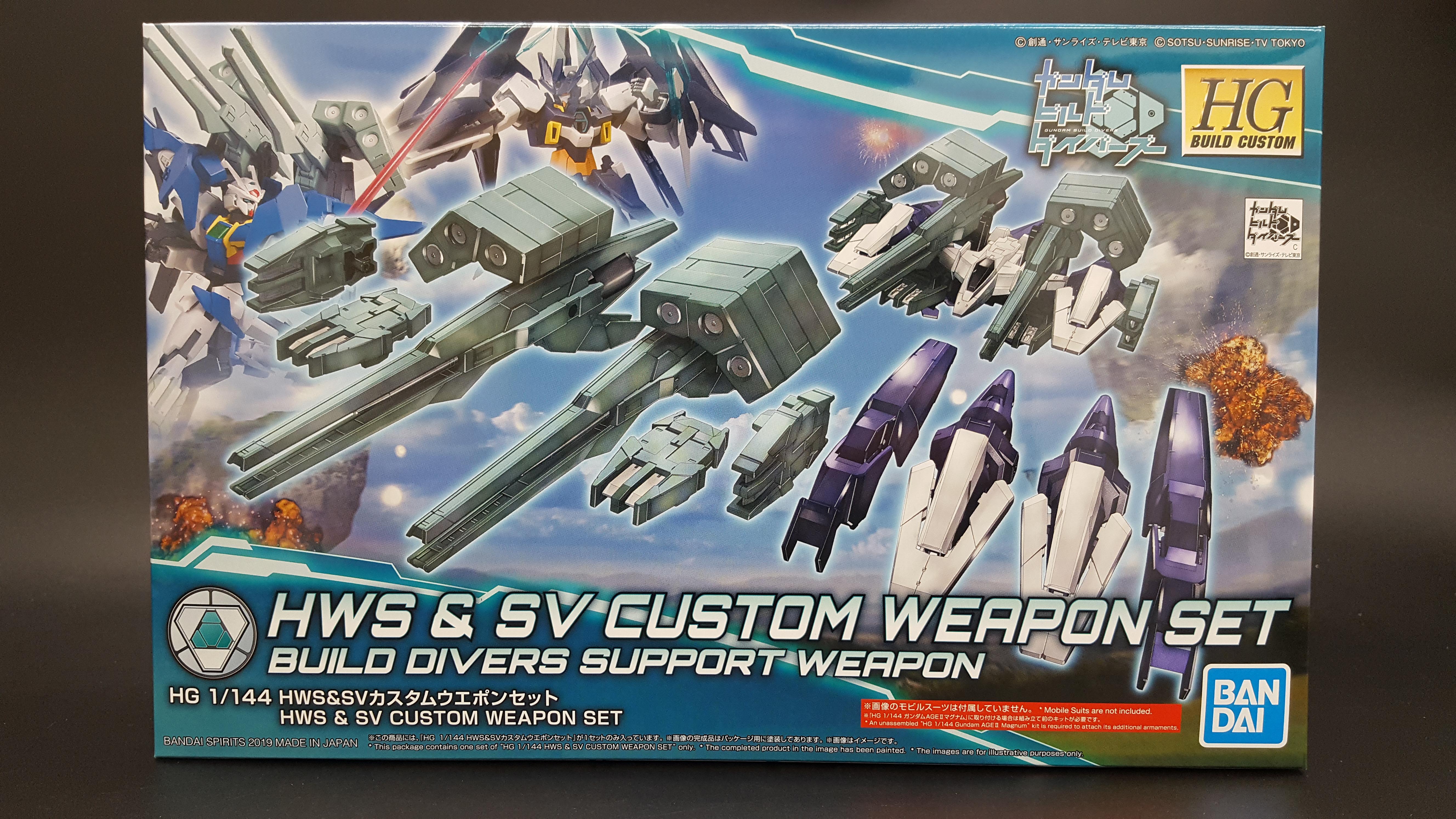 The HGBC HWS & SV Custom Weapon Set from Build Divers just recently came out alongside a whole bunch of other great kits. It may not be a highlight among recent releases (did you see that Ultraman kit?!), but it’s a great add on for HG enthusiasts. For a little over 1,000 JPY you get a bunch of additional weapons parts intended for the Gundam AGE II Magnum and Gundam 00, but which can also be used with just about whatever you want.

That said, given the price point, it makes for a great set to pick up if you’re looking for parts for customizations or kitbashing, or if you just want to beef up an existing kit on your shelf! 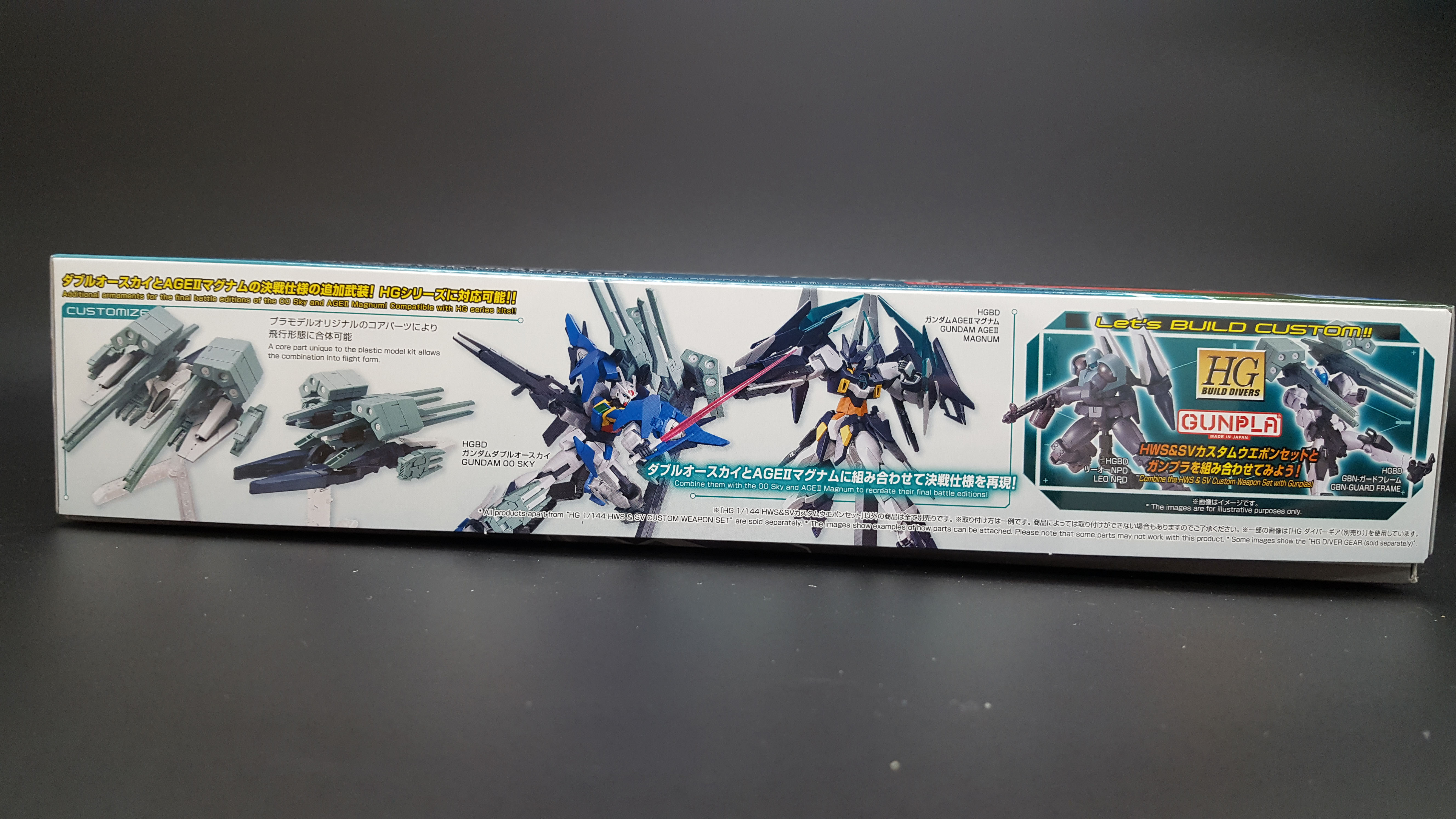 Here are some details from the box in case the image above is too small to make out the text on your device:

Additional armaments for the final battle editions of the 00 Sky and AGEII Magnum! Compatible with HG series kits!

I feel like we just covered that. Moving on!:

You can see this on the left side of the box. As mentioned, you won’t get this particular combination of parts anywhere else; they’re made just for this kit to get your flight form on.

On the right (before the advert for HG series kits) you can actually see what the 00 Sky and AGEII Magnum should look like when you add these parts to your kit. Pretty cool, eh? 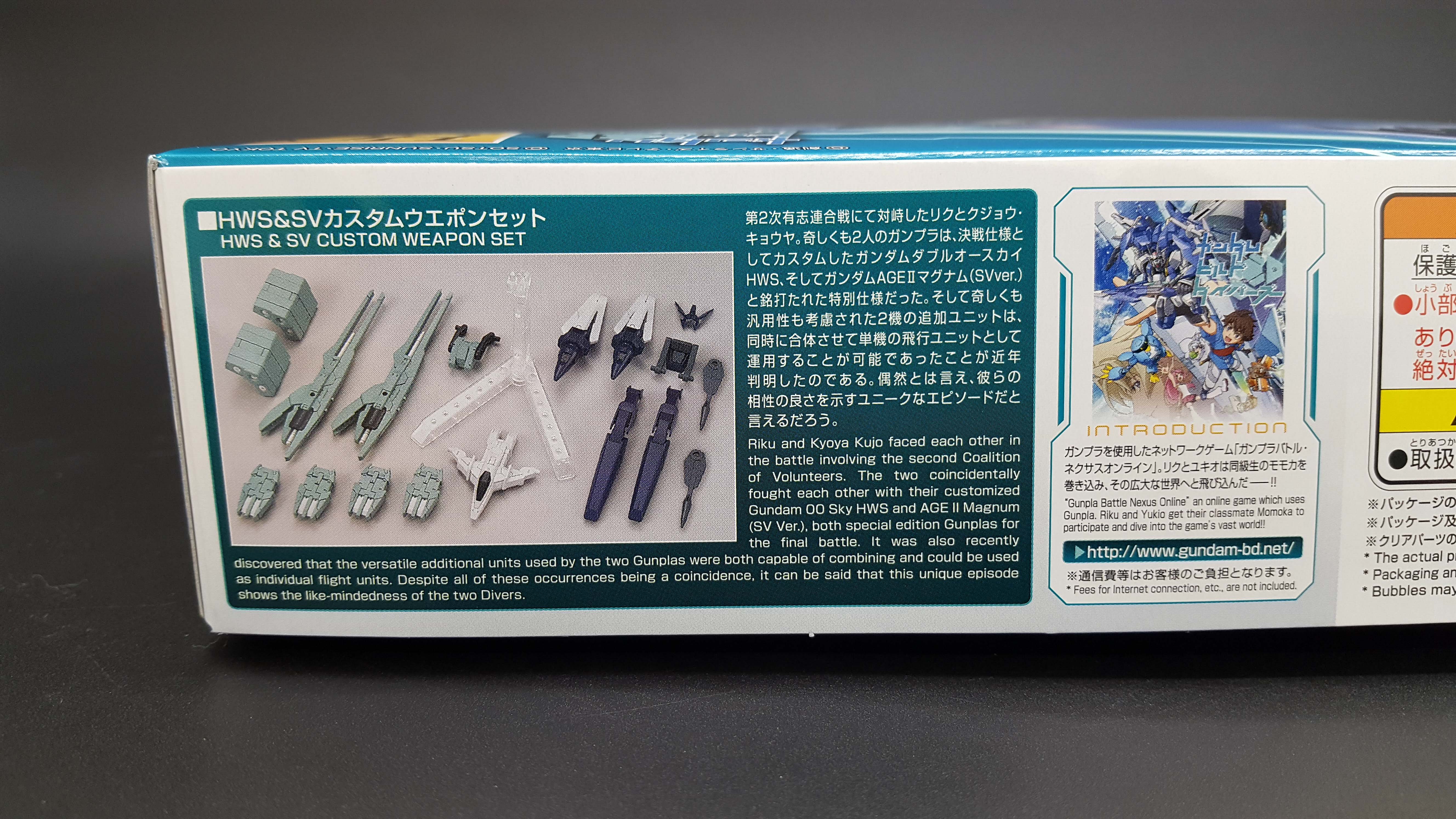 On the other side of the box you can see the completed weapons parts laid out (in a very aesthetically pleasing, Instagram-worthy way, I might add!). For the most part you get two of everything, so you can already tell there are going to be some duplicate runners in here.

For those of you on tiny screens again, here’s the box text:

Riku and Kyoya Kujo faced each other in the battle involving the second Coalition of Volunteers. The two coincidentally fought each other with their customized Gundam 00 Sky HWS and AGE II Magnum (SV Ver.), both special edition Gunplas for the final battle. It was also recently discovered that the versatile additional units used by the two Gunplas were both capable of combining and could be used as individual flight units. Despite all of these occurrences being a coincidence, it can be said that this unique episode shows the like-mindedness of the two Divers.

Well, I’m not here to ask questions. I’m here to show you what’s in the box. Let’s get to it! 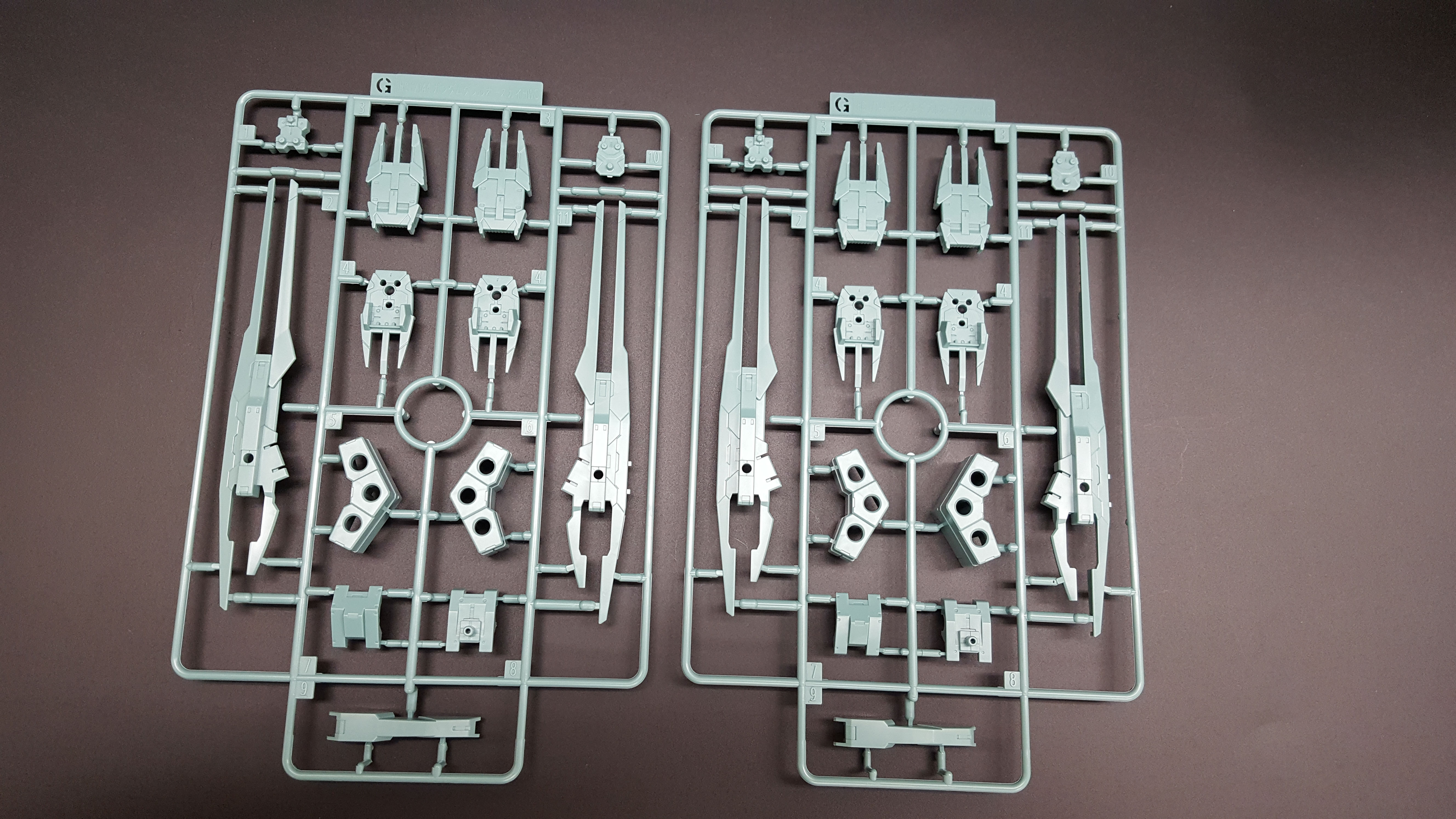 G runners here — our first duplicate runners, in a lovely light teal. These are the HWS parts for the 00 Sky. 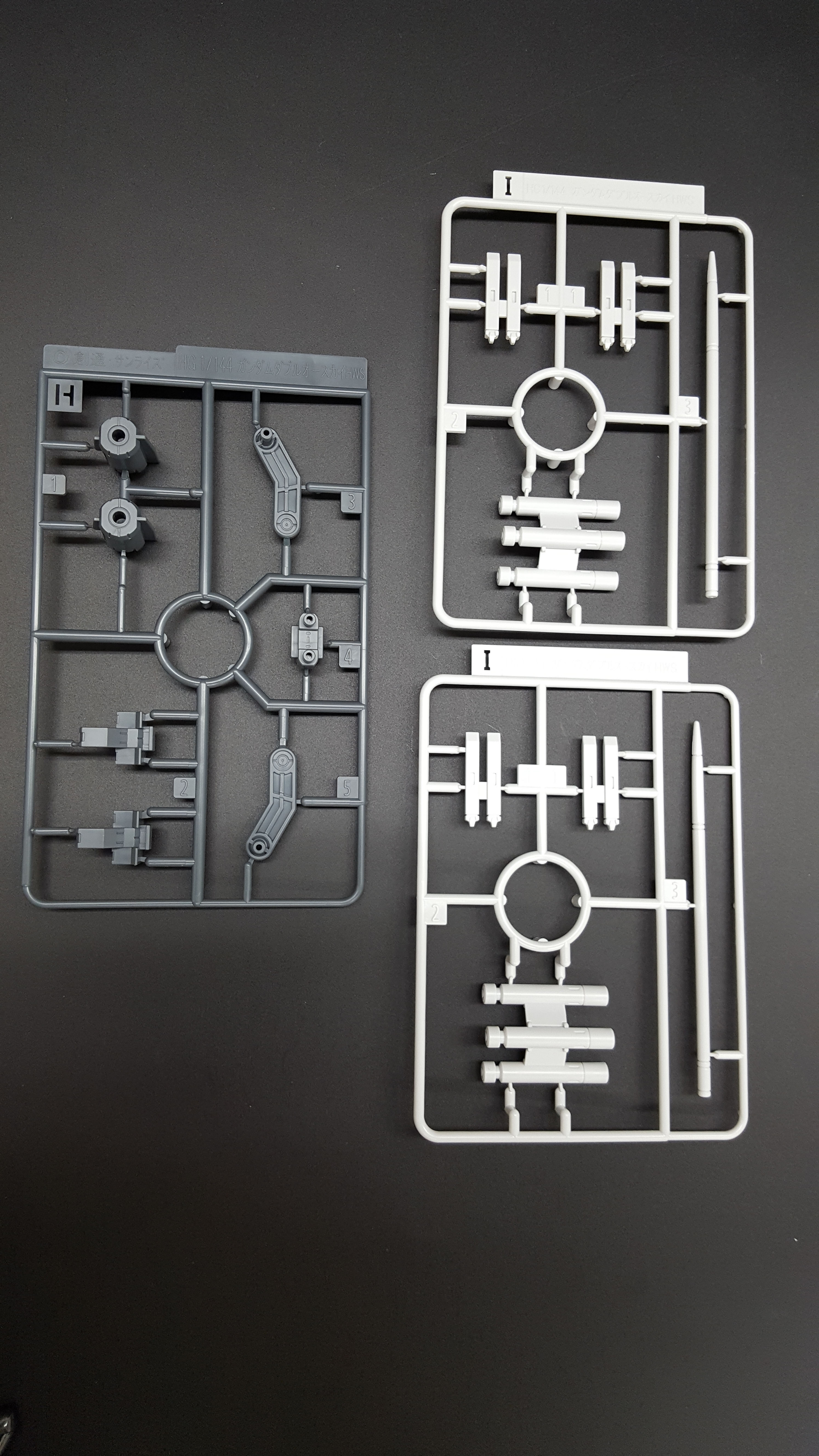 Alphabetically, we get tiny runners next. H and I runners are some smaller parts that you’ll be using to detail the HWS. 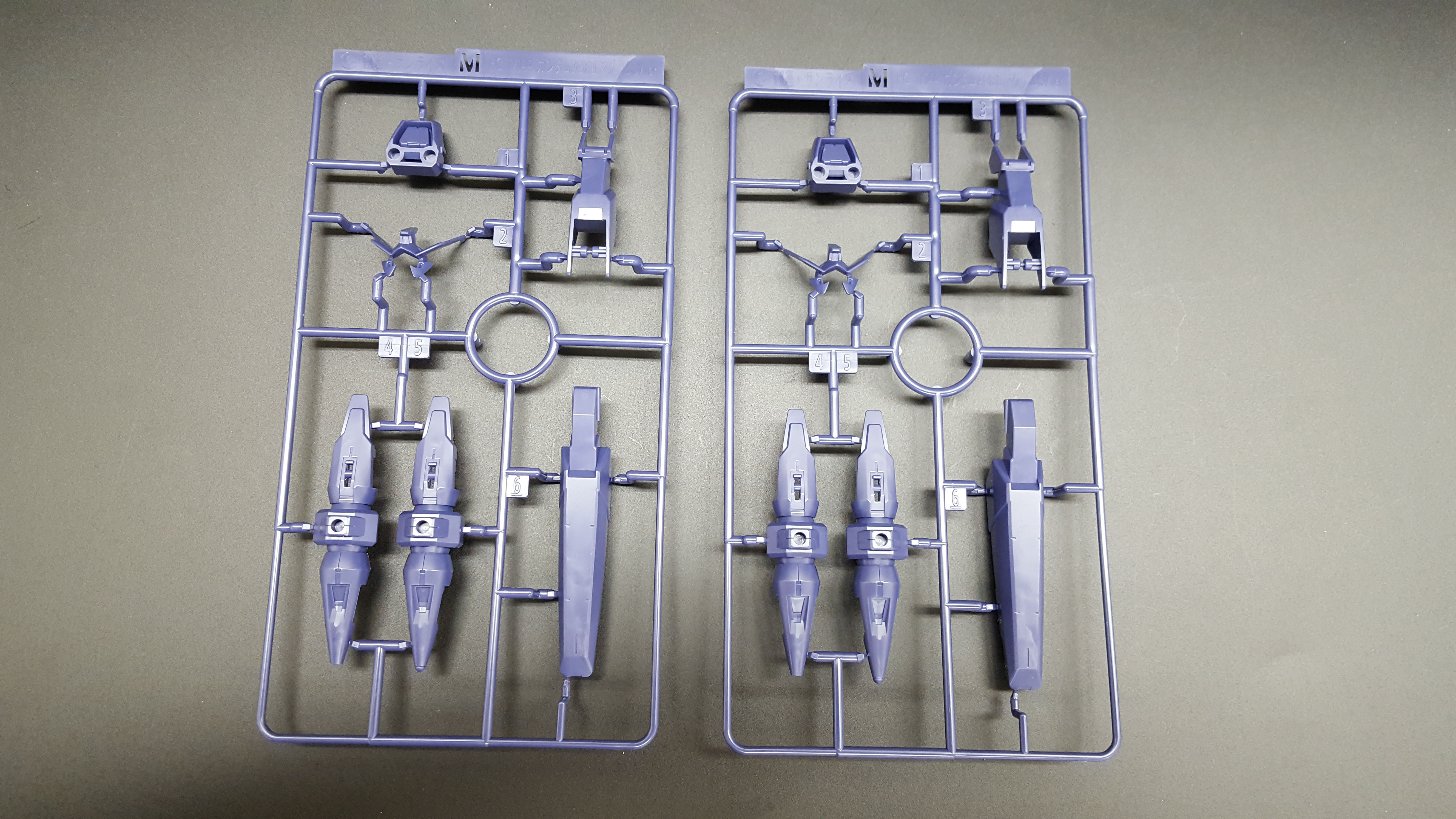 Here are the SV parts. Now, this is a pretty different color than that dark purple used in the promo images, so builders should take note. If the lavender shade here isn’t what you were hoping for, you may want to get your airbrush ready if you have this kit on its way to you. 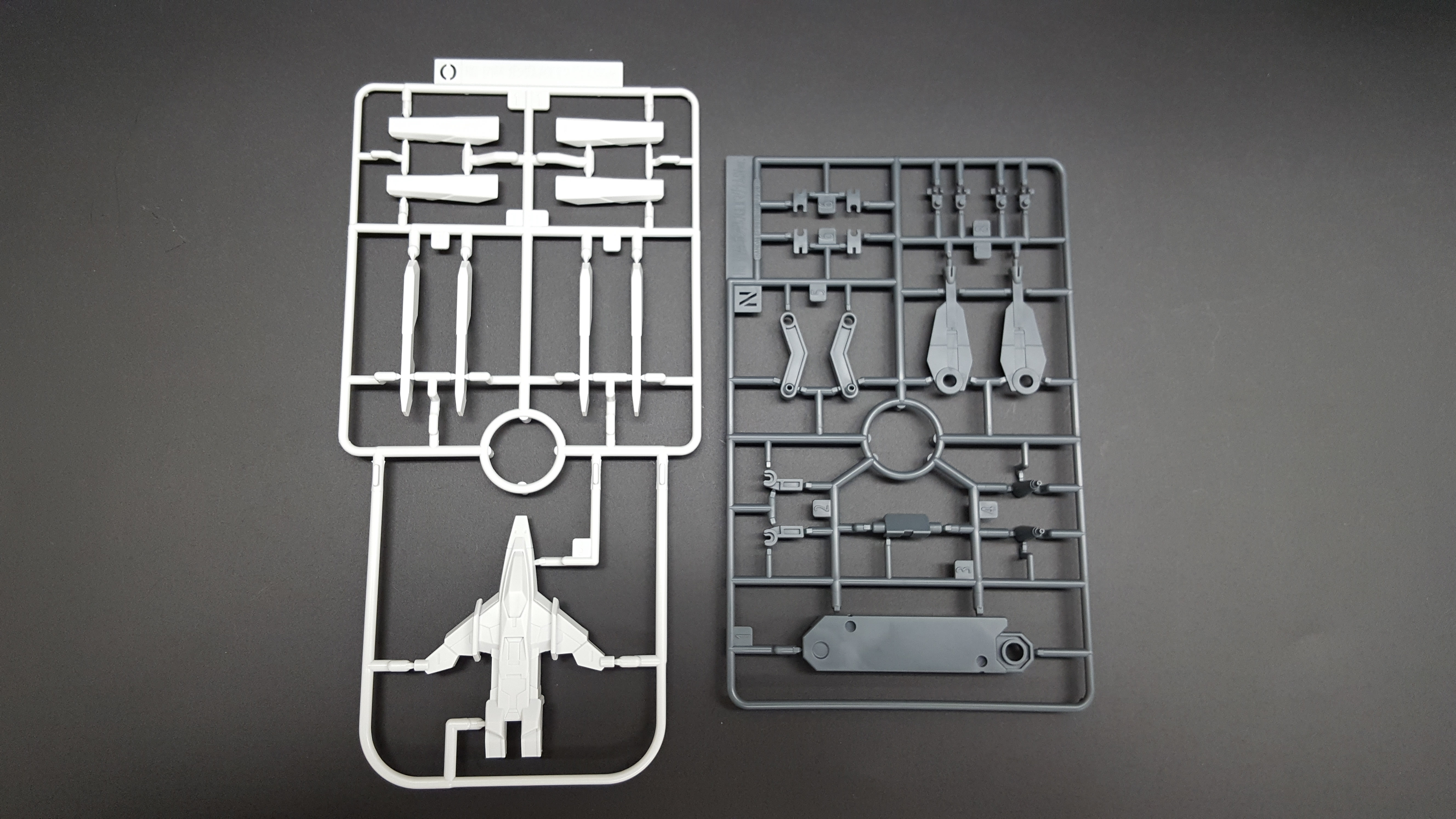 The O runner gives us one of those individual flight units, and the N runner has dark detail parts for both the HWS and SV. 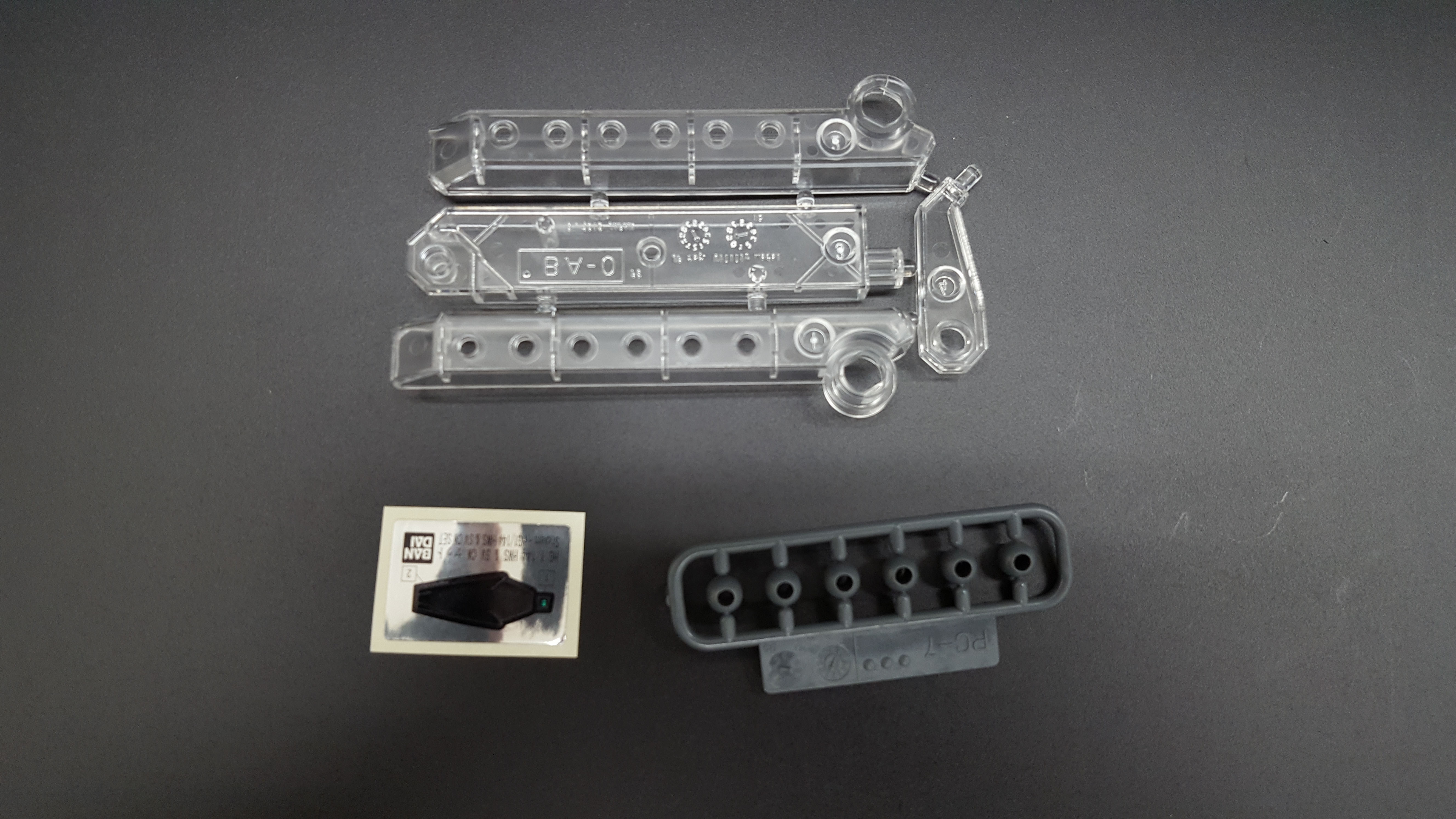 And then we have the small bits rattling around in the bottom of the box. The clear parts are actually all you’ll need to build the stand here; it’s kind of interesting that they aren’t on a proper runner! And of course, you’re getting a few polycaps, too.

The preorder information promised “foil stickers for details,” but there’s truly only one here, and that’s for the canopy of the flight mode jet. Any other details you’re interested in will have to be added by hand, but fortunately, these weapons parts work pretty well out of box (and perhaps with just a bit of panel lining)!

My overall thoughts here are that for a small, simple kit with a low price, you’re actually getting a decent amount of runners (duplication, I can only guess, saves some money). And you’re getting the option to beef up your current kits or build a little flight mode accessory, so it’s a pretty versatile kit!

What do you think? Are you adding the HWS & SV Weapons Set to your collection?