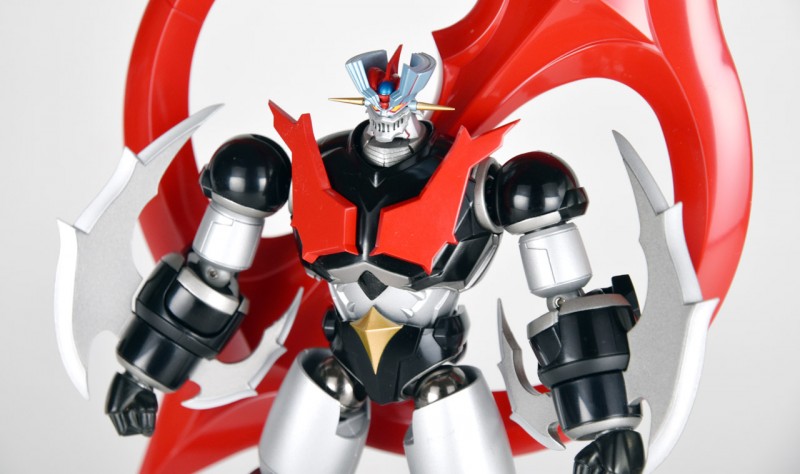 Considering that we’ve already had the Super Robot Chogokin Mazin Emperor G released, this version of the Mazinger Zero is a continuation in terms of the extended promotion for Super Robot Wars V. A major antagonist in the game, you later get to unlock the Mazinger Zero and this toy in part ties into that.

This is also the first toy made of the design, so comparisons will be made with other Super Robot Chogokin toys of the same type. 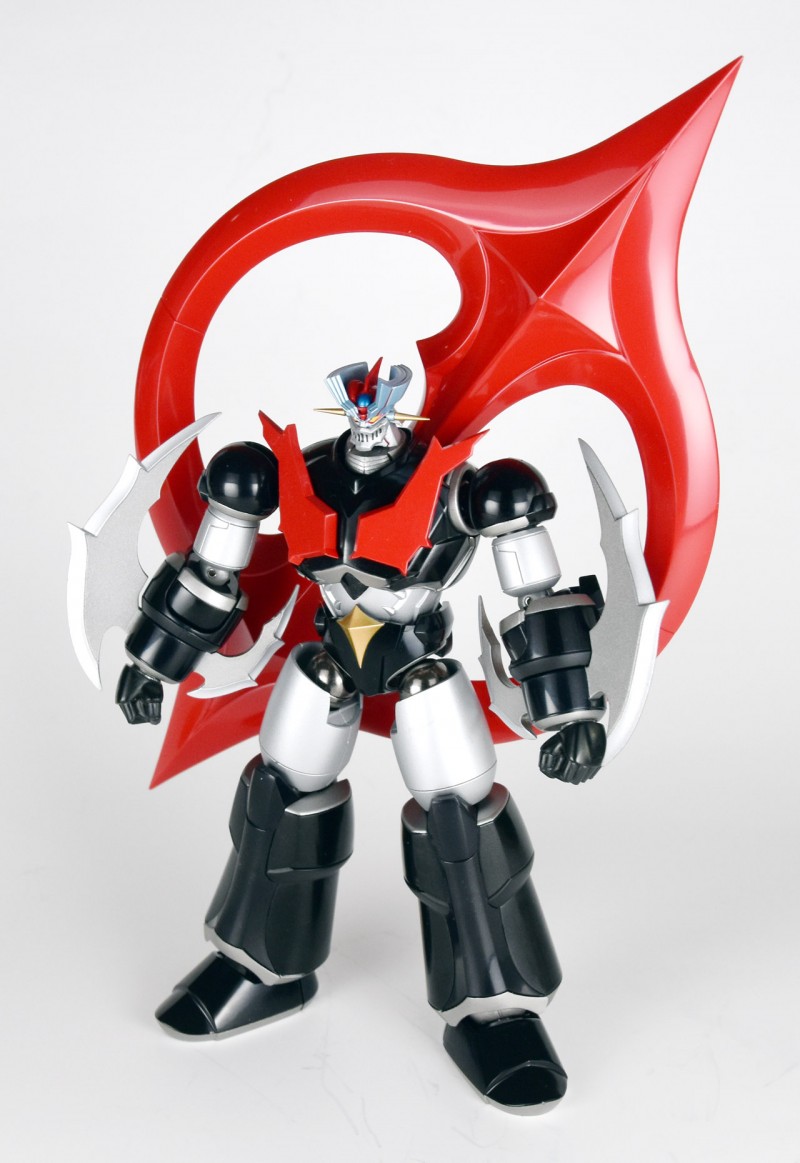 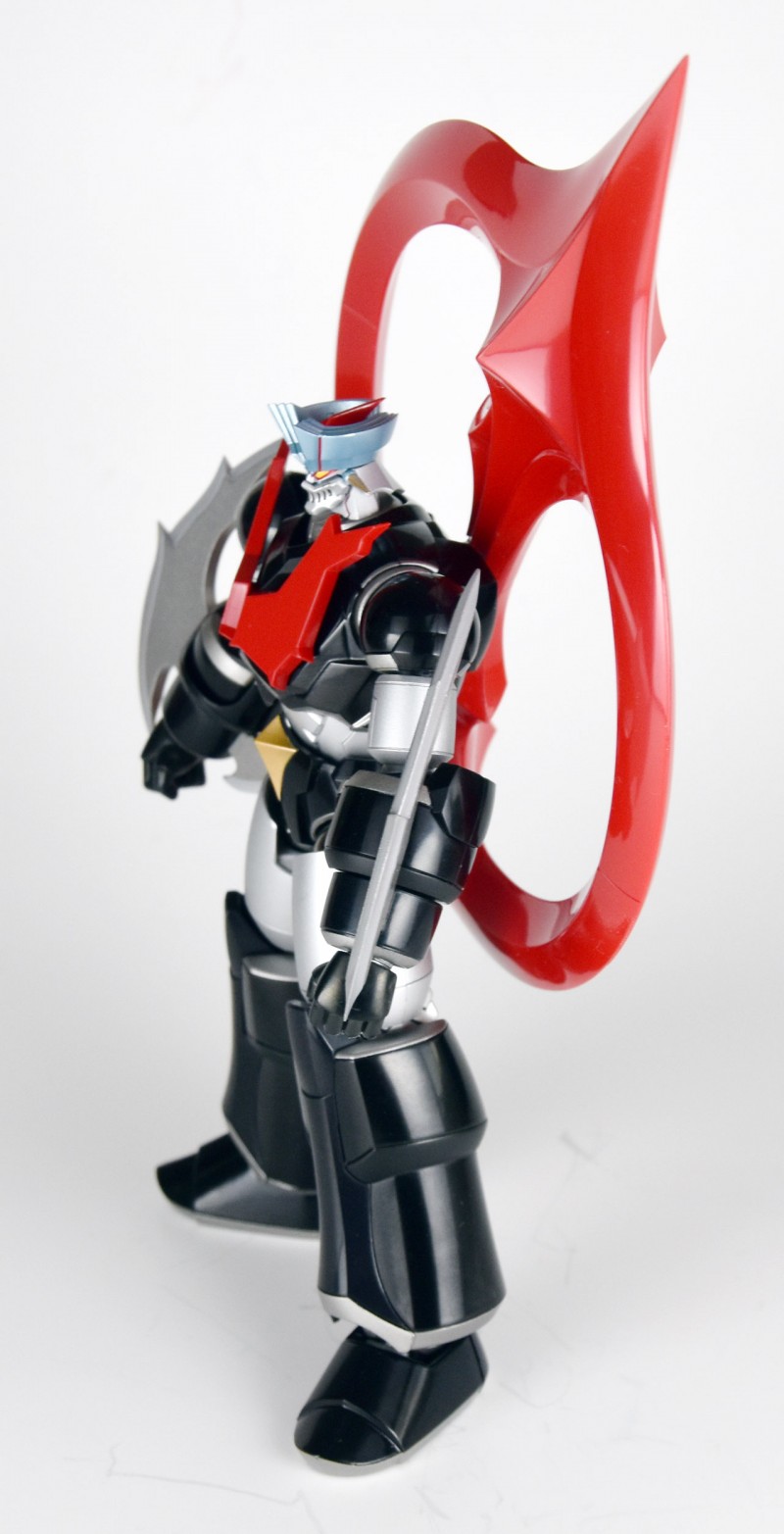 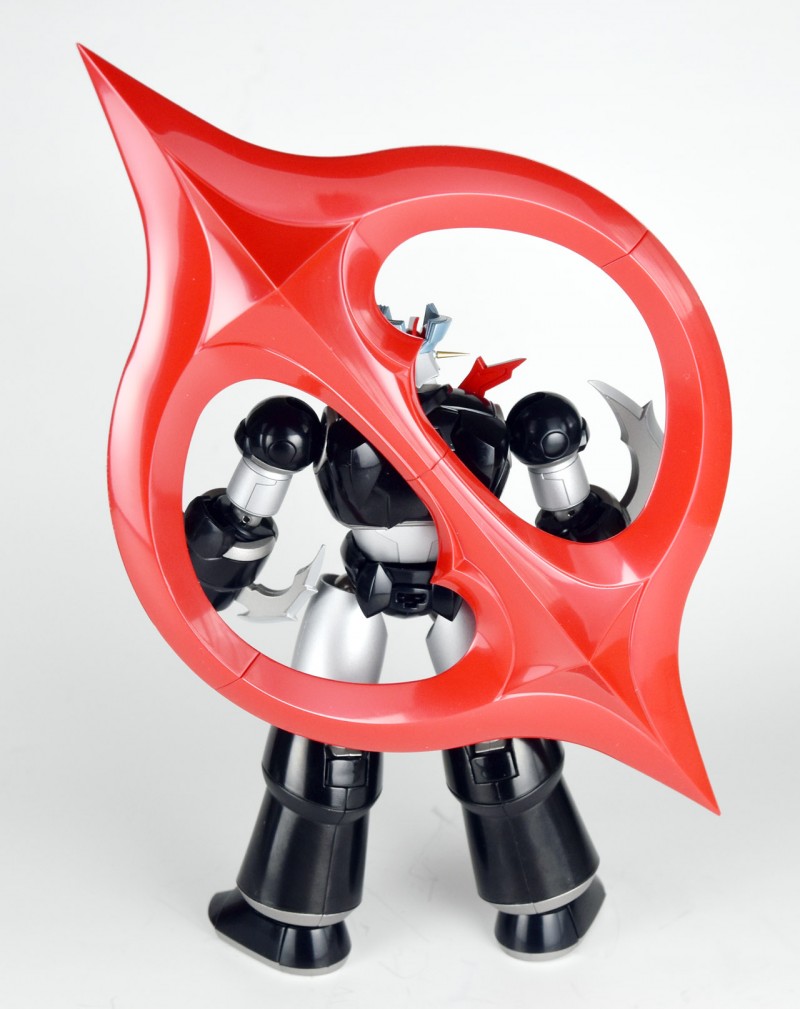 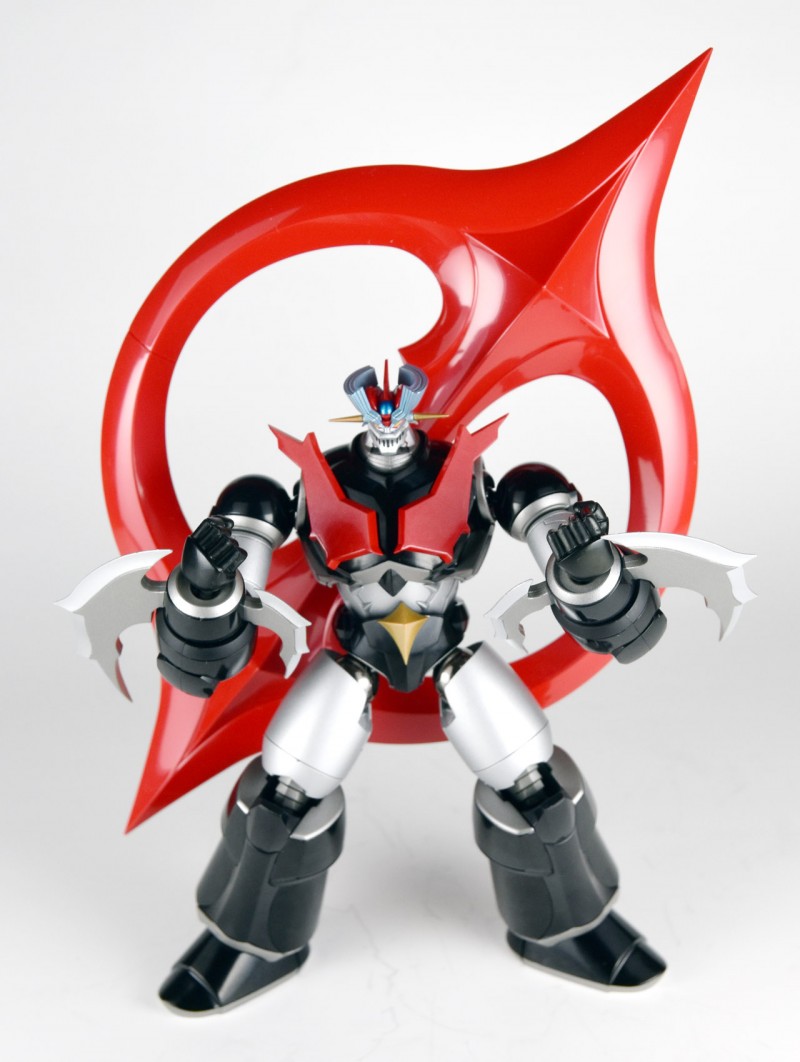 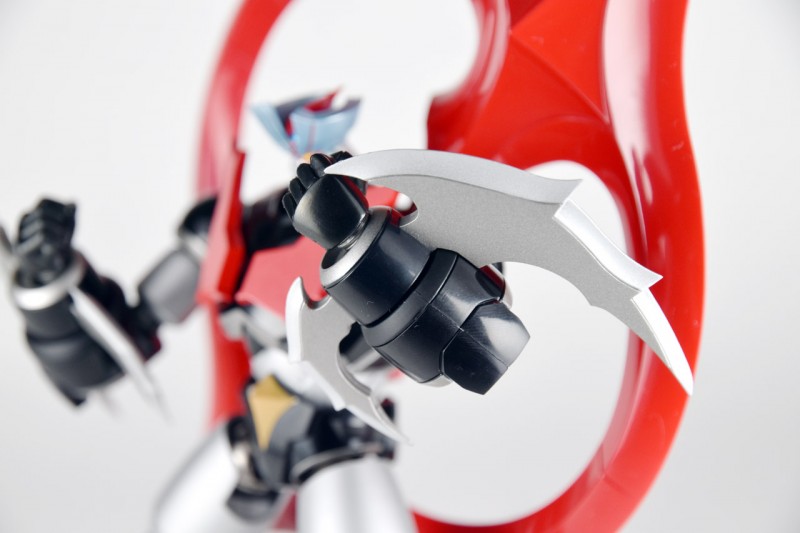 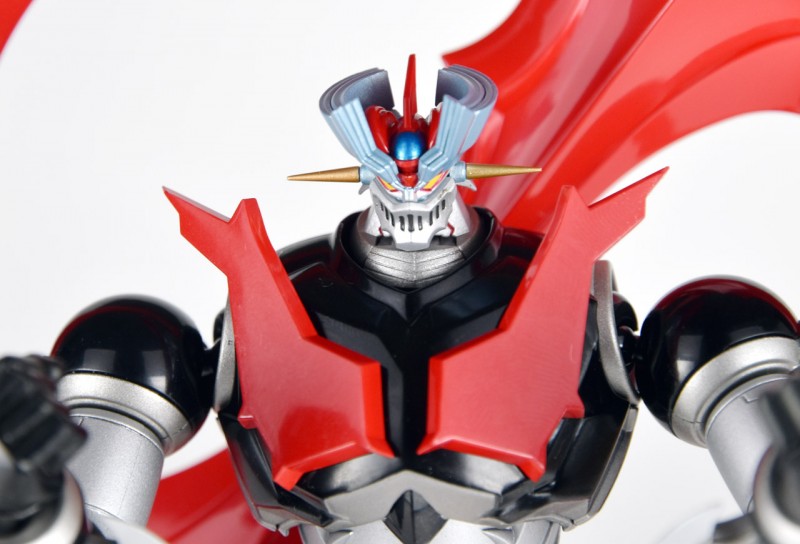 The purpose of Super Robot Chogokin releases is to afford a smaller and more affordable chogokin of classic designs. This means that in terms of the build quality and sculpt, there is a lot of diecast here and the detailing is as good as the more expensive Soul of Chogokin range.

However, the reduced price means that you often don’t get much in the way of accessories or gimmicks. While the Mazin Emperor G had a bit more in terms of options, the Mazinger Zero is quite spartan. This is entirely accurate to the design though, so you are not getting short changed here.

The toy itself uses a good amount of diecast and is quite weighty as a result. The articulation is as good as most recent Robot Damashii releases and can afford a wide array of poses. The instructions also say the toy can be affixed to a Tamashii Stand (sold separately) but in truth it is too heavy and the stand cannot support the weight.

The sculpt and detailing here are also very well done indeed, with the finish on the Zero Scrander being genuinely great. The markings on the face are also surprisingly fine and help to differentiate the design from the standard Mazinger Z.

The Iron Cutters can also be rotated independently of the forearm, as they are on a separate piece of plastic. This is a smart design choice and gives more range of movement to the arms in terms of their posing.

One small point about the head is that the spikes either side can pop off. This is actually a good concession in terms of the toy’s design, otherwise they would snap off. That said, it’s worth bearing in mind that these spikes can come off when handling the toy. So don’t be alarmed if and when they do so.

Overall, this is a very solid toy of the Mazinger Zero. As a figure it is solidly made with a good amount of diecast present. However, due to the nature of the design the toy itself is quite straightforward, without much in the way of gimmicks or other option parts. In short, this is definitely one for the Mazinger and Super Robot Wars V fans out there but as a toy it’s as good as the other releases in the Super Robot Chogokin line.