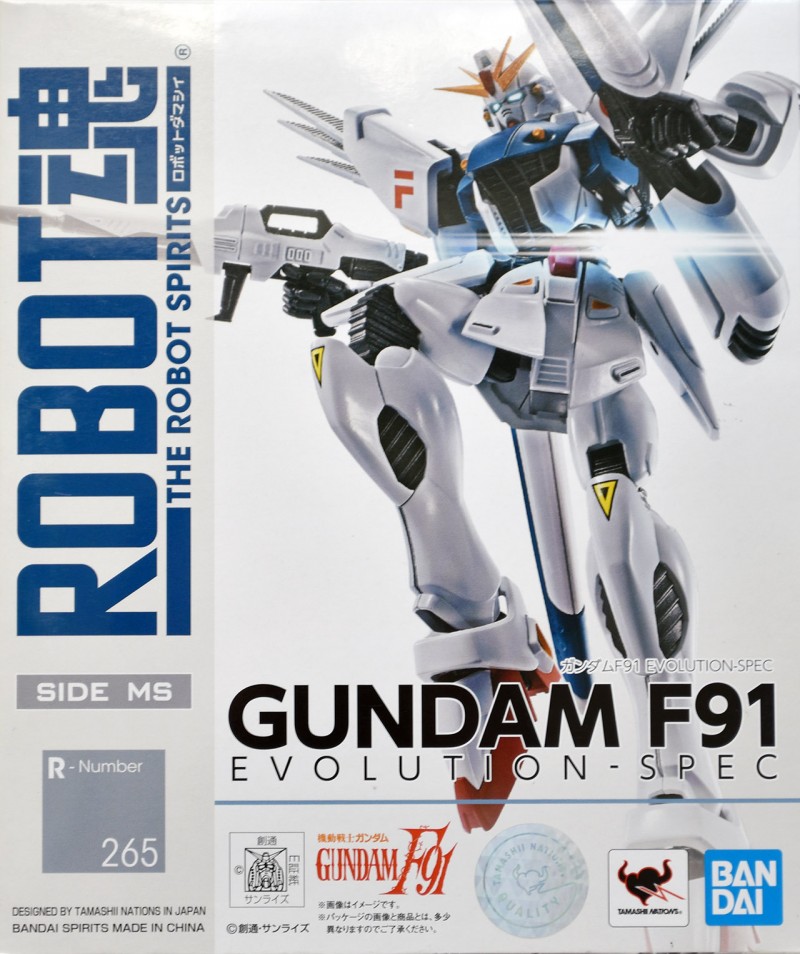 Back in the 90s, Gundam had a bit of an overhaul. Set 40 years after Char’s Counterattack, Gundam F91 was an attempt to bring about a new generation of Gundam. It didn’t quite work, but the art direction and mecha design were great. So here we are with the new Evolution Spec toy of the titular Gundam and it’s really great.

Gundam F91 was originally meant as a TV series but was compressed into a movie, with decidedly mixed results. While the animation and world building were amazing, the story was obviously all over the place.

Dealing with a new faction called the Crossbone Vanguard intent on creating a new Cosmo Babylonia in space, where authoritarian nobility ruled with an iron first. The complacent Federation is taken off-guard when their Crossbone Vanguard make their move and invade a space colony.

Gundam F91 also featured new types of more compact mobile suits, sporting beam shield and other new technology. With these new mobile suits being smaller and faster, they literally run rings around the older and much larger Jegans that try to thwart the invasion of the Crossbone Vanguard.

Thankfully, the Federation has also been developing its own smaller mobile suits via the Strategic Naval Research Institute (or SNRI for short) under the moniker of the Formula project.

The F91 Gundam is the latest result of this effort and ends up in the hands of Seabook Arno, who’s mother worked on the bio-computer in the new Gundam.

While Gundam F91 is a flawed film, it still has its followers even today. With the mecha appearing in games Super Robot Wars X among many others, not to mention remastered Blu-ray releases.

So when we had news of an updated Robot Damashii toy, as party of the Evolution Spec sub-brand, I was rather excited. The original Robot Damashii toy from 2010 left a lot to be desired and the the new Metal Build toy was overly stylized.

This Evolution Spec is therefore special because it is far more faithful to Kunio Okawara’s design work and captures the sleekness of this Gundam very well. It also has all new articulation and other gimmicks, which are all handled very well indeed. 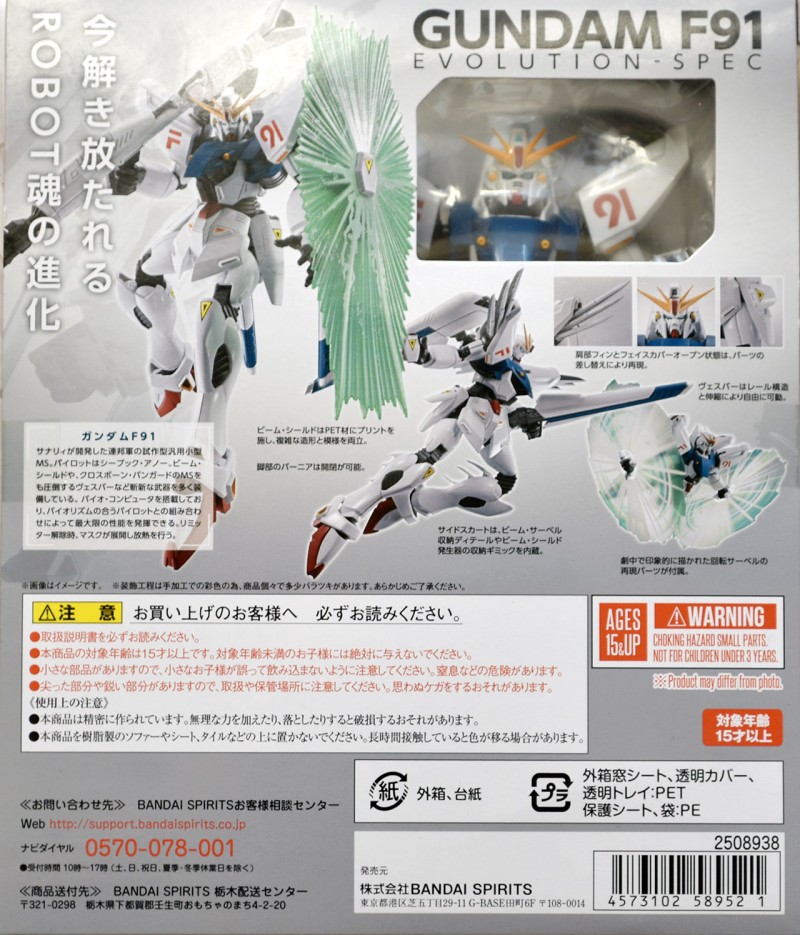 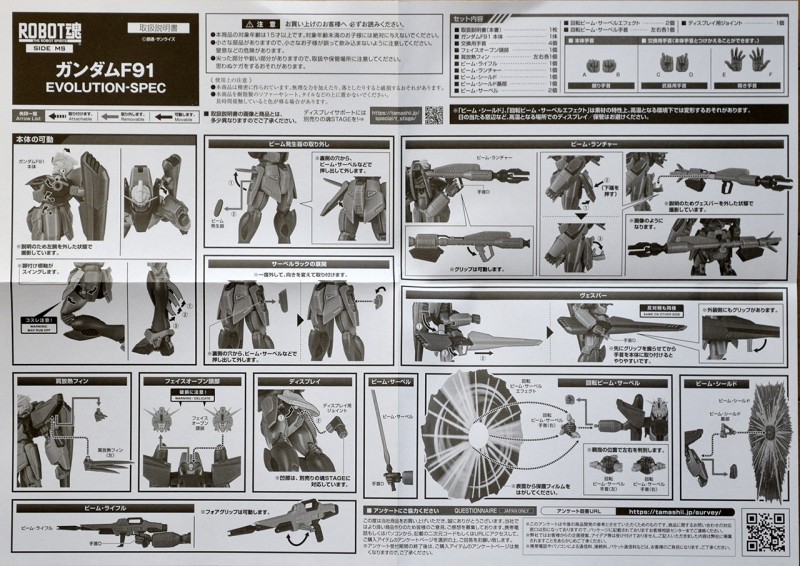 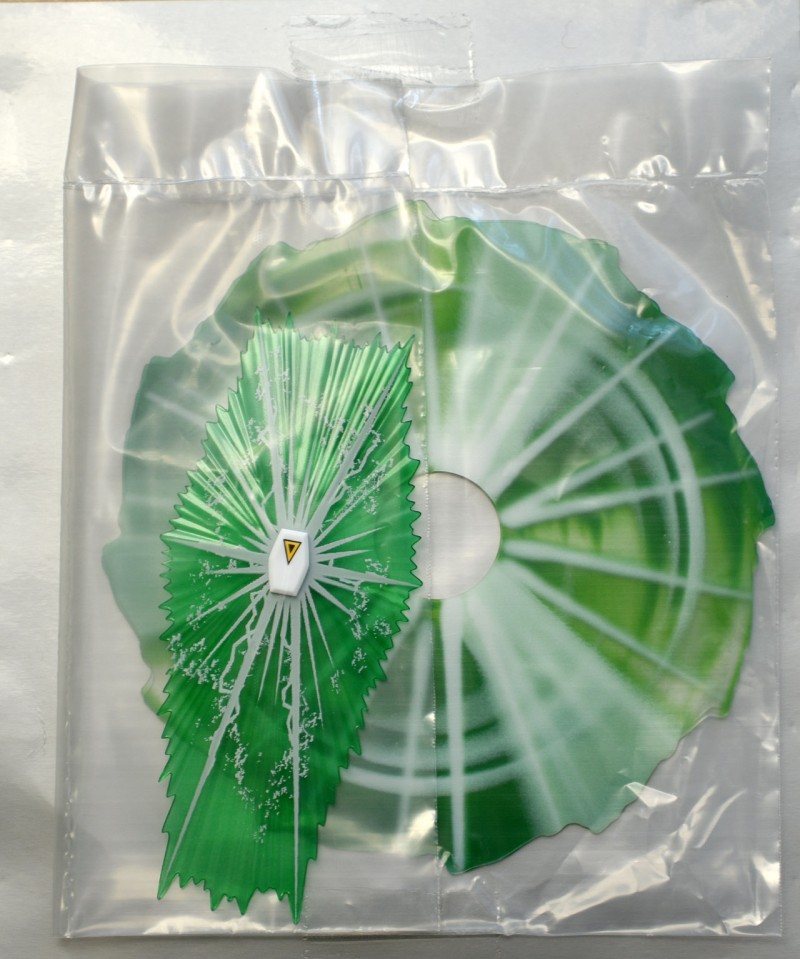 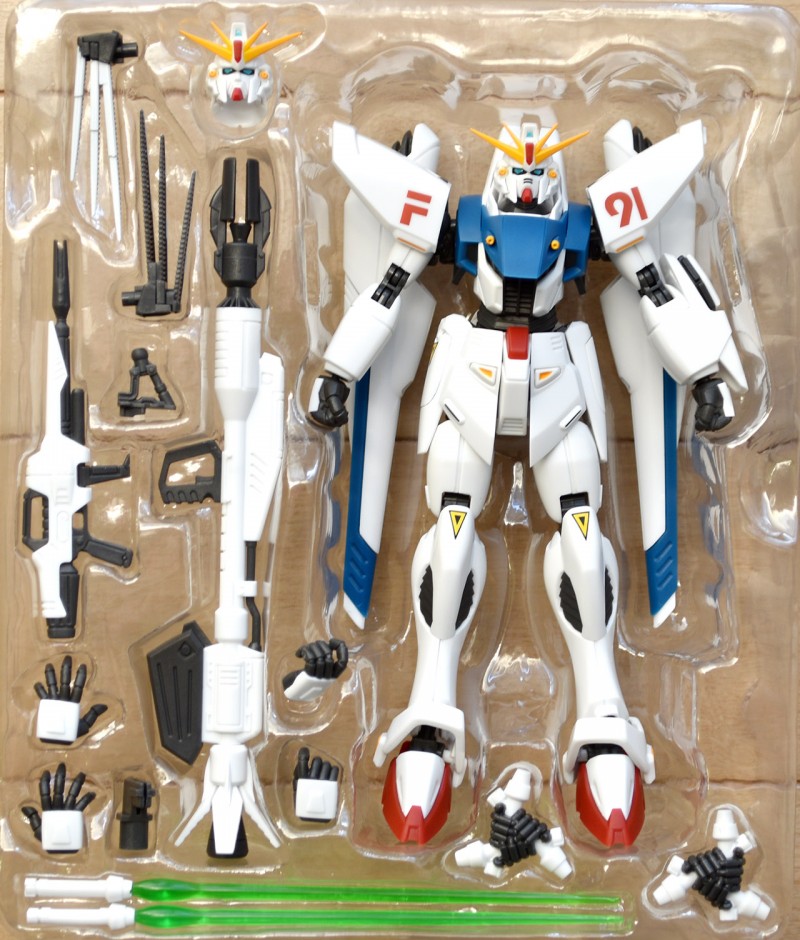